Lucasfilm out did themselves with the Obi-Wan Kenobi Episode 3, it is actually worse than Rian Johnson’s The Last Jedi. Not only is it worse than The Last Jedi, but it might actually be one of the worst episodes of Television to ever air. 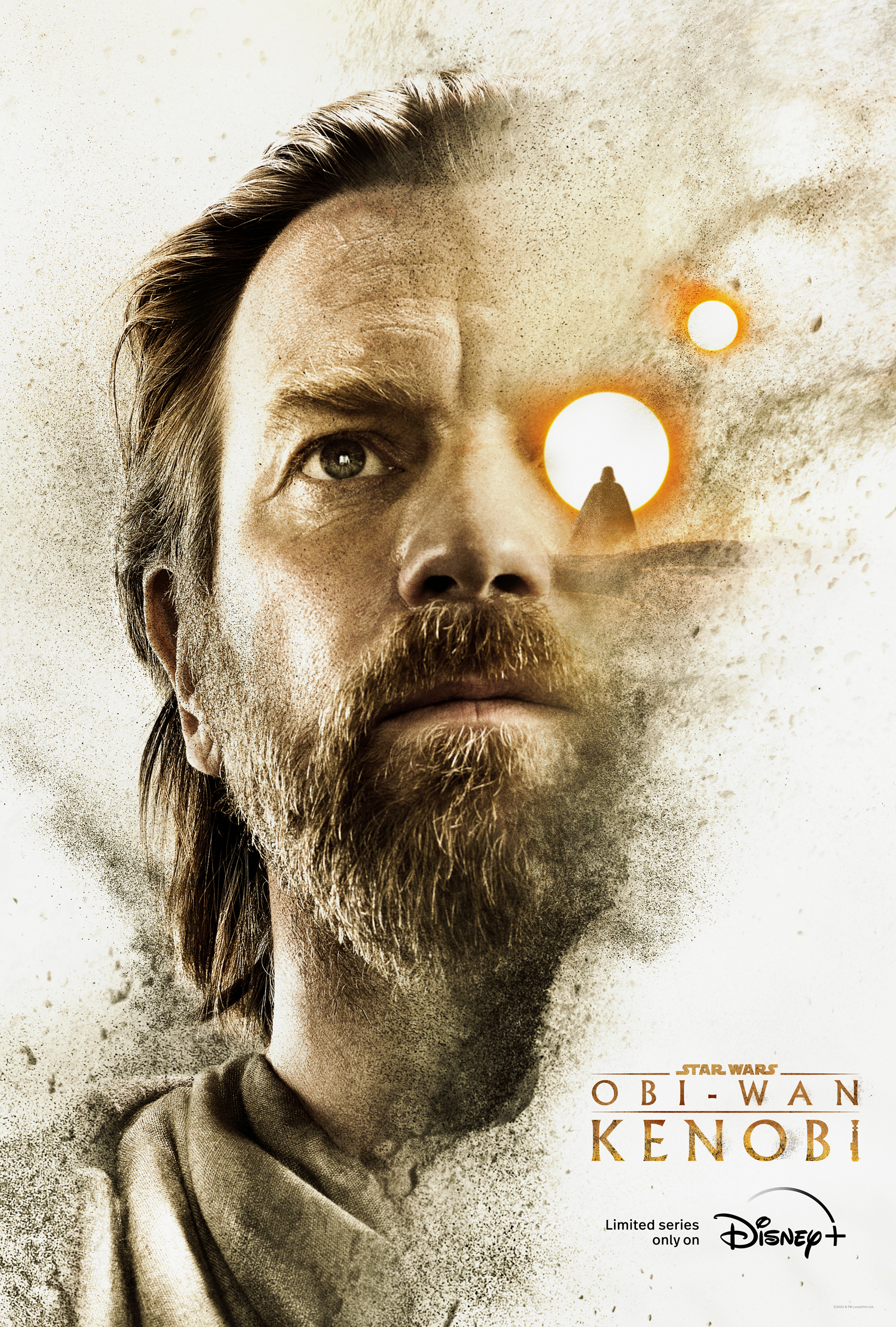 However, it then transitions to Reva reporting to Vader that they are attempting to track Kenobi and have sent out probes. This is the beginning of numerous blunders and issues with the show.

You’re probably wondering why Reva informing Vader is a blunder? Well, when the episode switches back to Kenobi and Leia, Kenobi informs Leia their ship is on auto-pilot on a trade route. He even says, “I’m not in control of it.”

The ship then lands on the Imperial occupied planet of Mapuzo. No one is there to investigate the ship. The docking pad is manned by a number of droids who unload its cargo. It’s extremely convenient there are no Stormtroopers there because they more than likely would have identified the ship that Kenobi escaped on.

Regardless, Reva and the Imperials should have identified the ship that left Daiyu and figured out which planet it was headed to. In fact, they more than likely would have intercepted the ship or at least attempted to intercept it along the trade route.

If you recall in A New Hope, the Imperials easily identify the Millennium Falcon when they bring it on board the Death Star. An Imperial soldier informs Tarkin, “We’ve captured a freighter entering the remains of the Alderaan system. Its markings match those of a ship that blasted its way out of Mos Eisley.”

The reason they didn’t intercept the Millennium Falcon is because they had no idea where it was going.

This issue is made even bigger as later in the episode, Reva informs her fellow Inquisitors that she did indeed pull the manifest of the cargo ship that Kenobi boarded, but could only predict that it was going to a mining planet. She seemingly could not figure out which planet.

It appears this was done in order to try and capitalize on member berries from Empire Strikes Back with the Imperial probe droids on Hoth. The Inquisitors deploy them in order to find Kenobi and one does indeed eventually identify him.

But I’m getting ahead of myself, after arriving on Mapuzo, Kenobi and Leia sneak around the droids so as to not be identified. However, they immediately set about on the main road and head toward the rendezvous point given to them by Haja Estree.

The whole idea of them sneaking out of the freighter and then walking on the main road in broad daylight is galling. It’s even more galling because they actually show Stormtroopers either ordering laborers about or performing a stop and frisk style investigation on a number of the denizens.

Kenobi and Leia eventually arrive at the rendezvous point and Kenobi is completely out of character. He immediately regrets trusting Estree and believes no one is coming. They don’t wait around a single second to see if the person has been waylaid, if it was a trap, or anything.

Instead, Leia takes charge as she negotiates a ride with an Imperial transport driver to the nearest port. A 10-year-old bossing Kenobi around is just laughable. It makes him look so weak and clueless, the complete opposite of Obi-Wan Kenobi.

As an aside, who knows why they even need to go to the port in the first place. They could just return to the unguarded cargo they were previously on. In fact, who knows why they even took the trade route to Mapuzo in the first place instead of just rerouting to Alderaan and returning with Leia. The whole point of arriving on the planet doesn’t even make any sense. Kenobi more than likely could have rerouted the ship to any location.

After Leia gets them a ride on a truck to the port a random patrol of four Stormtroopers are also picked up, who are out looking for a Jedi. A conversation is struck up and it’s Obi-Wan Kenobi who almost blows their cover by calling Leia by her name instead of Luma, the cover name she was using. The scene doesn’t completely destroy Kenobi’s competence as he does quickly think up a story to cover for his mistake.

However, it’s a mistake Obi-Wan Kenobi would never make. He’s too disciplined.

After the Stormtroopers are dropped off, Kenobi and Leia decide to have a whole conversation about him joining the Jedi while the Imperial truck driver more than likely can hear them. They are literally feet away from the driver, just dropped off Stormtroopers, and are talking about Jedi. It’s just plain stupid.

It’s just another instance of showing Kenobi as an imbecile.

The space truck eventually arrives at an Imperial checkpoint. Kenobi notices it and tries to depart the vehicle. Remember in A New Hope where he uses a Jedi mind trick when they are stopped on patrol in Mos Eisley? Apparently, the writers of this episode didn’t because he’s too preoccupied with trying to exit the vehicle before arriving at the checkpoint.

When they get to the checkpoint the driver, an alien named Freck, informs the Stormtroopers that Kenobi is suspicious. Who knows why he decided to tell them they are suspicious when he didn’t do so to the other Stormtroopers that he was giving a ride to. It makes no sense.

What ends up happening is that Kenobi is made by the Imperial probe droid and a gun fight ensues with Kenobi blasting down all four of the Stormtroopers. He then blasts down the laser blocking the road, but instead of getting on the transport, he proceeds on foot where he’s immediately confronted by three Stormtroopers that arrive on their own transport.

After arriving at the safe house they have to wait out an Imperial inspection. It gives Vader time to arrive on the planet and then he proceeds to slaughtering random people throughout the town. Leia and the Rebel, named Tala, decide to move up their rendezvous time with a pilot who can get them off planet despite the Inquisitors locking down all the ports on the planet.

Kenobi decides to act as a distraction instead of fleeing with him. Who knows why he needs to be a distraction because Vader clearly hasn’t sensed him despite sensing him on the Death Star in A New Hope. Reva who is also in the town doesn’t sense him either despite being able to do so in the last episode.

As Kenobi attempts to distract Vader, Reva sweeps the town. Meanwhile Leia and Tala are running through a tunnel to rendezvous with the pilot and get off planet.

Vader eventually confronts Kenobi, who decides to flee from him. However, after fleeing he then draws his lightsaber giving his location away. It doesn’t make any sense. Kenobi does eventually engage Vader in a lightsaber duel.

As the two face off against each other, Reva eventually discovers the safe house and the hidden tunnel. Leia then convinces Tala to leave her and go help Kenobi. Mind you there is only one tunnel and there are no diverging paths shown.

Vader eventually defeats Kenobi. He uses the Force to lift him up into the air and then drags him into a fire that he sets. Tala somehow arrives on the scene and begins shooting Stormtroopers who had shown up despite one of the Inquisitors revealing he wanted to fight Kenobi alone.

Meanwhile Leia eventually reaches the end of the tunnel and she’s captured by Reva who somehow arrived there because I guess discovering the entrance to the tunnel allowed her to figure out where it ended. It makes no sense.

On top of all of this, Vader’s involvement makes it really hard to imagine how he wouldn’t put 2 and 2 together and figure out that Leia might be his child.

This episode is the worst piece of Star Wars created because it breaks long-lasting Star Wars continuity, treats its characters like idiots, and has a nonsensical plot that even the smallest questions expose it.

What did you think of Obi-Wan Kenobi Part III?