Netflix has officially revealed both the first trailer and the official release date for their upcoming anime adaptation of Kakegurui Twin, the prequel series to the smash hit Kakegurui. 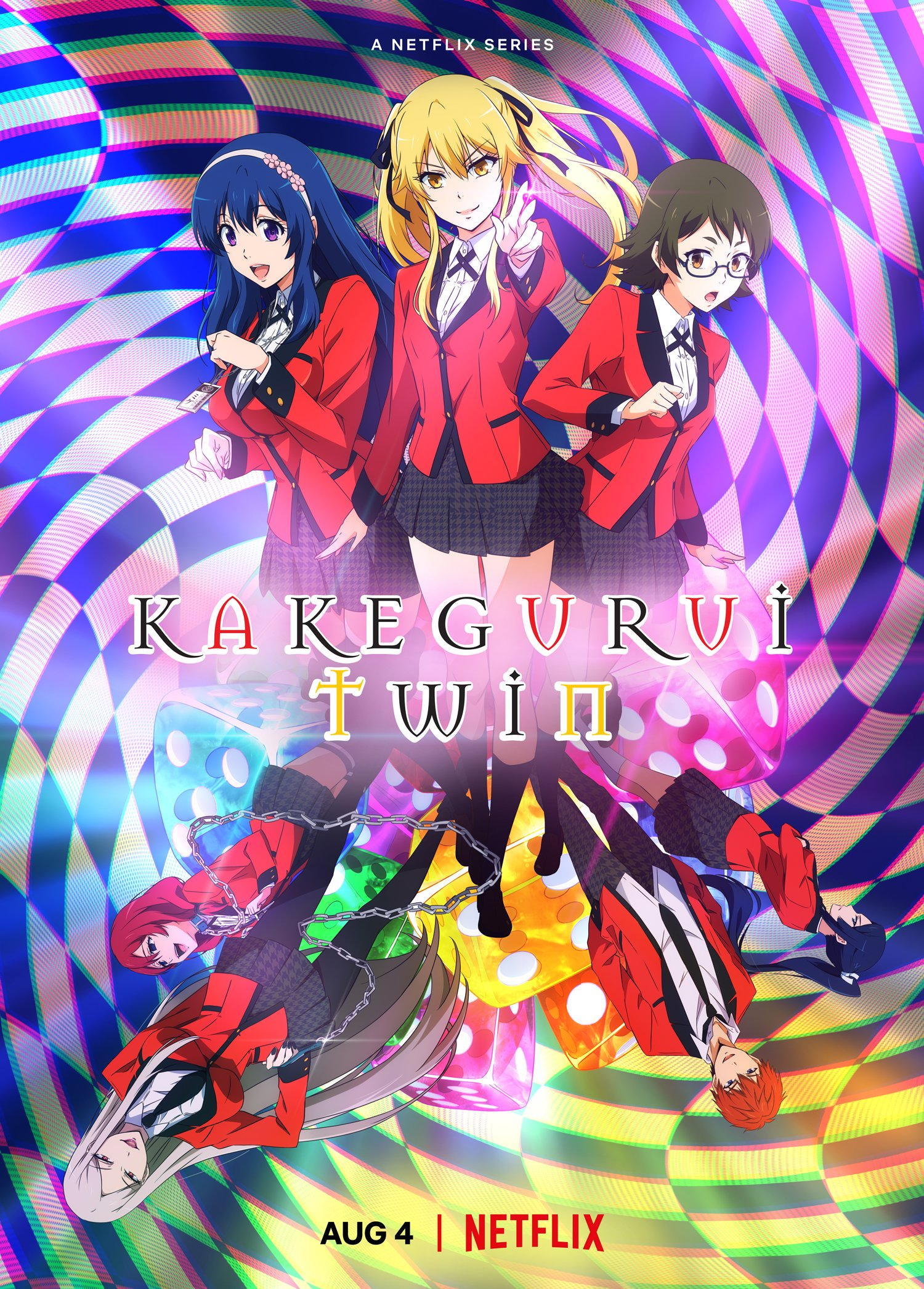 Set to be adapted into an anime by Netflix and MAPPA, Kakegurui Twins released its first full trailer on June 5th, giving audiences their first look at the seedy underbelly of the school’s gambling culture.

Gambling is just the natural way of things at Hyakkao Private Academy, to the point where students are even outright encouraged to gamble.

However, if you accumulate too much gambling debt, you’ll go from the sweet life to the bottom-of-the-barrel life of a ‘housepet’ in the blink of an eye.

Viewed by other students as lower than trash – or as seen in the trailer, no better than the trash can itself – housepets are regularly subjected to a level of bullying that far exceeds a typical school yard. 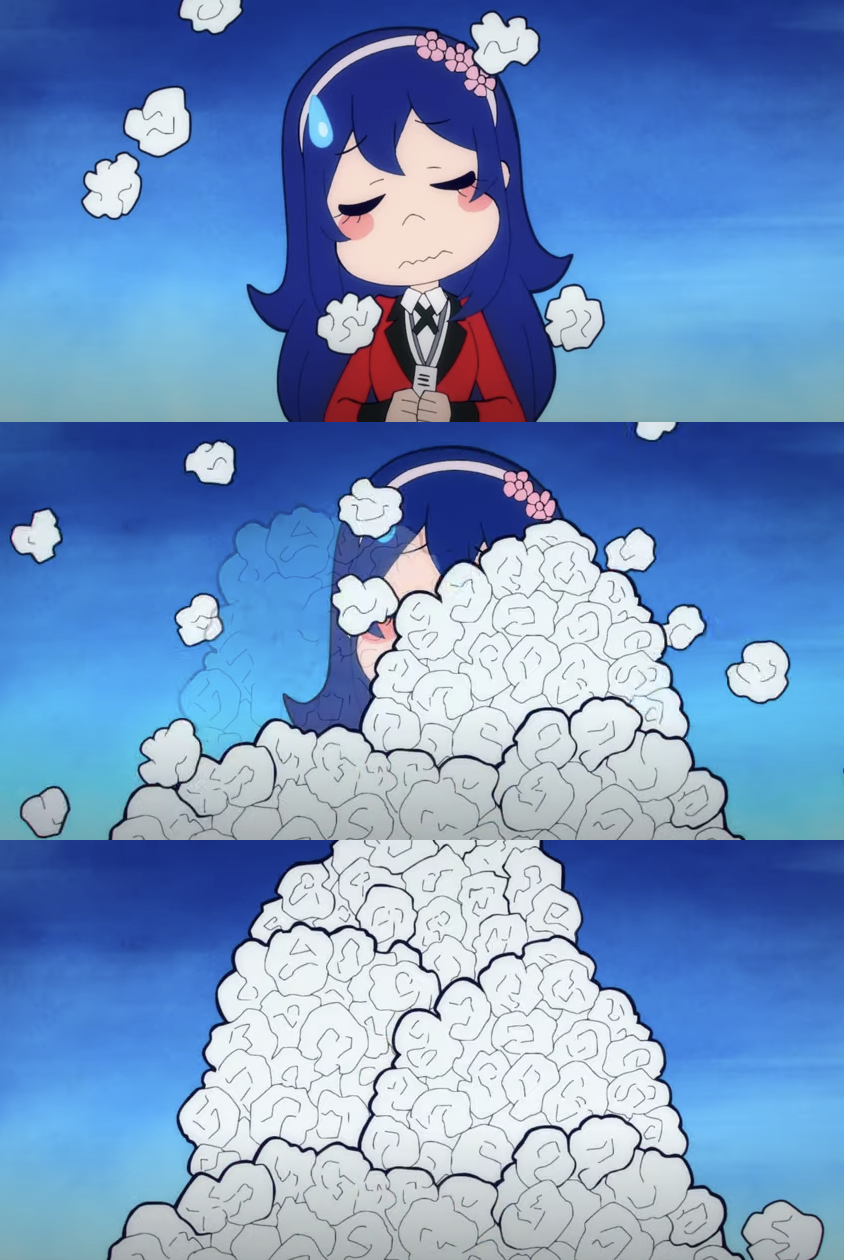 Following this explanation, Tsuzura moves to introduce herself, providing a photo of herself having water dumped on her head and being referred to by the name of Mittens – as seen in a circled tag around her neck – by fellow student Auiri Kokoro (CV currently unknown). 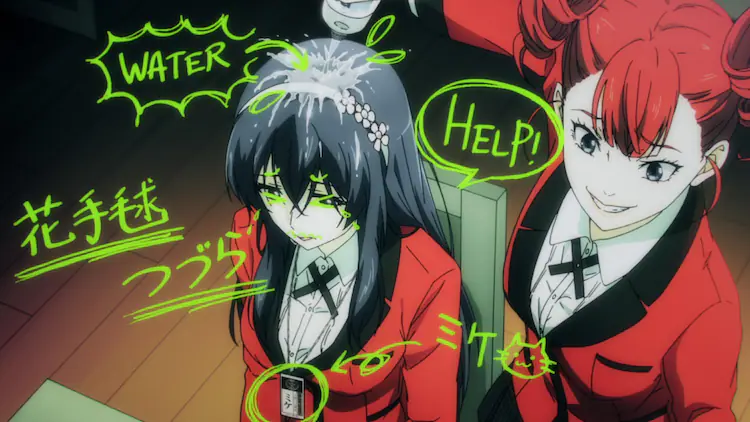 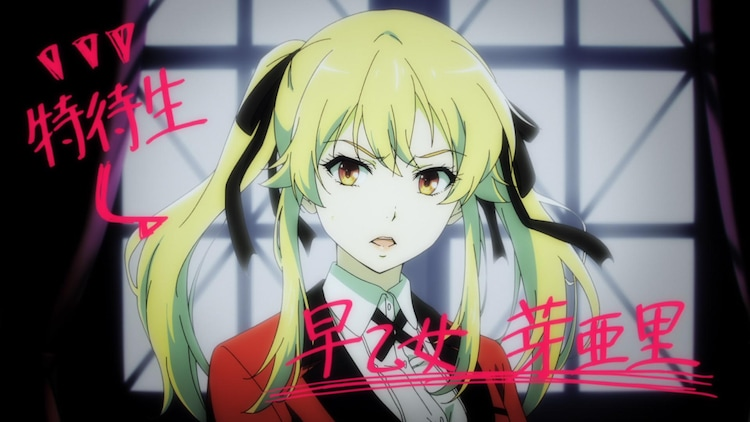 The trailer then jumps to find Mary and Tusuzara, motivated by the former’s belief that the surefire path to winning in gambling is to become a bookmaker, as they prepare to enter into the school’s least popular gambling den in an attempt to earn some extra cash.

“Gain a gambling den and become a financier,” explains Mary. “This is the secret to gambling success. The shortcut to being a winner in this academy.”

Audiences are next introducrted to the sadistric Public Moral Committee Chairwoman Juraku Sarako (CV: Yuko Kaida, Tsukoyo, Gintama), who the girls must negotiate with in order to acquire a den.

Whoever wins the game gets the den, but if Mary loses, she will become Juraku’s personal house pet. 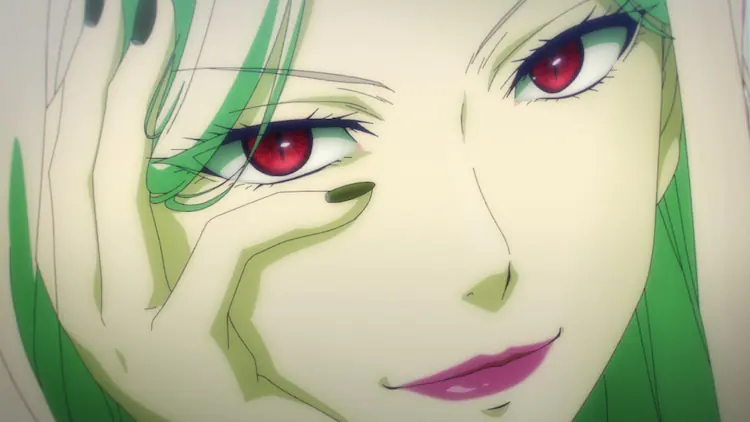 A montage of character introductions follows soon after, beginning with Mikura Sado (CV: Aoi Koga, Paimon, Genshin Impact), one of the completely loyal and subservient personal housepets of Juraku, who can be seen acting as the dealer for the dice game: 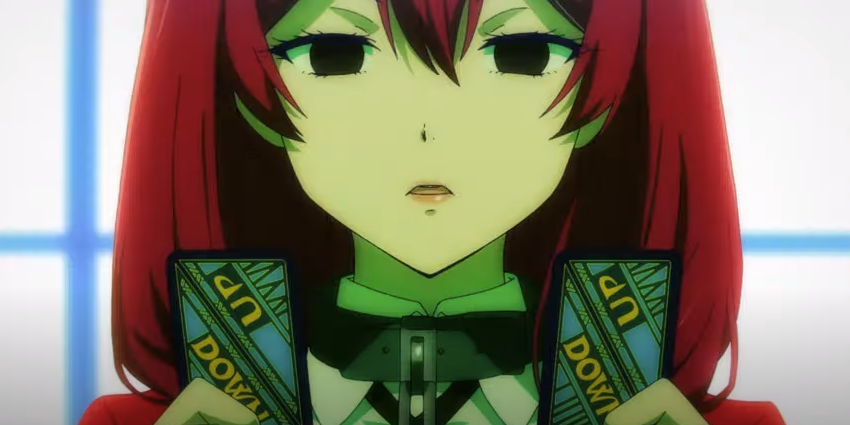 Proceeded by Beautification President Sakura Miharutaki (CV: Rie Takahashi), who confronts Midari in a dice game over her failure to pay off her debts to the student council – after all, when it doubt, gamble it out: 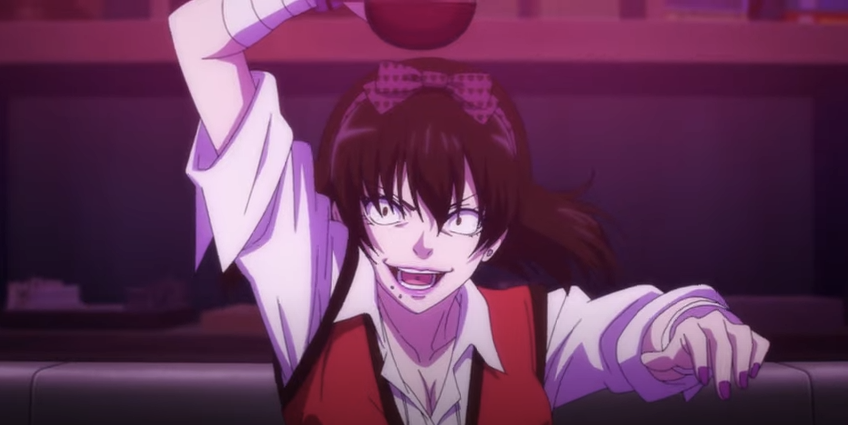 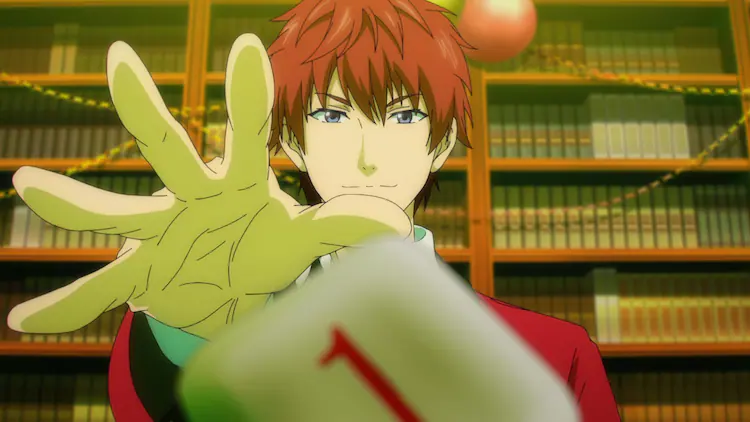 At the trailer’s close, Netflix reveals that the series will debut exclusively on their platform on August 4th.

Are you excited for the Kakegurui Twin adaptation?  Let us know your thoughts on social media or in the comments down below!