The anime adaptation of Natsume Akatsuki and Kurone Mishima’s popular isekai light-novel KONOSUBA – God’s Blessing on This Wonderful World! has officially announced both its long-awaited third season and a new prequel spin-off centered on Megumin. 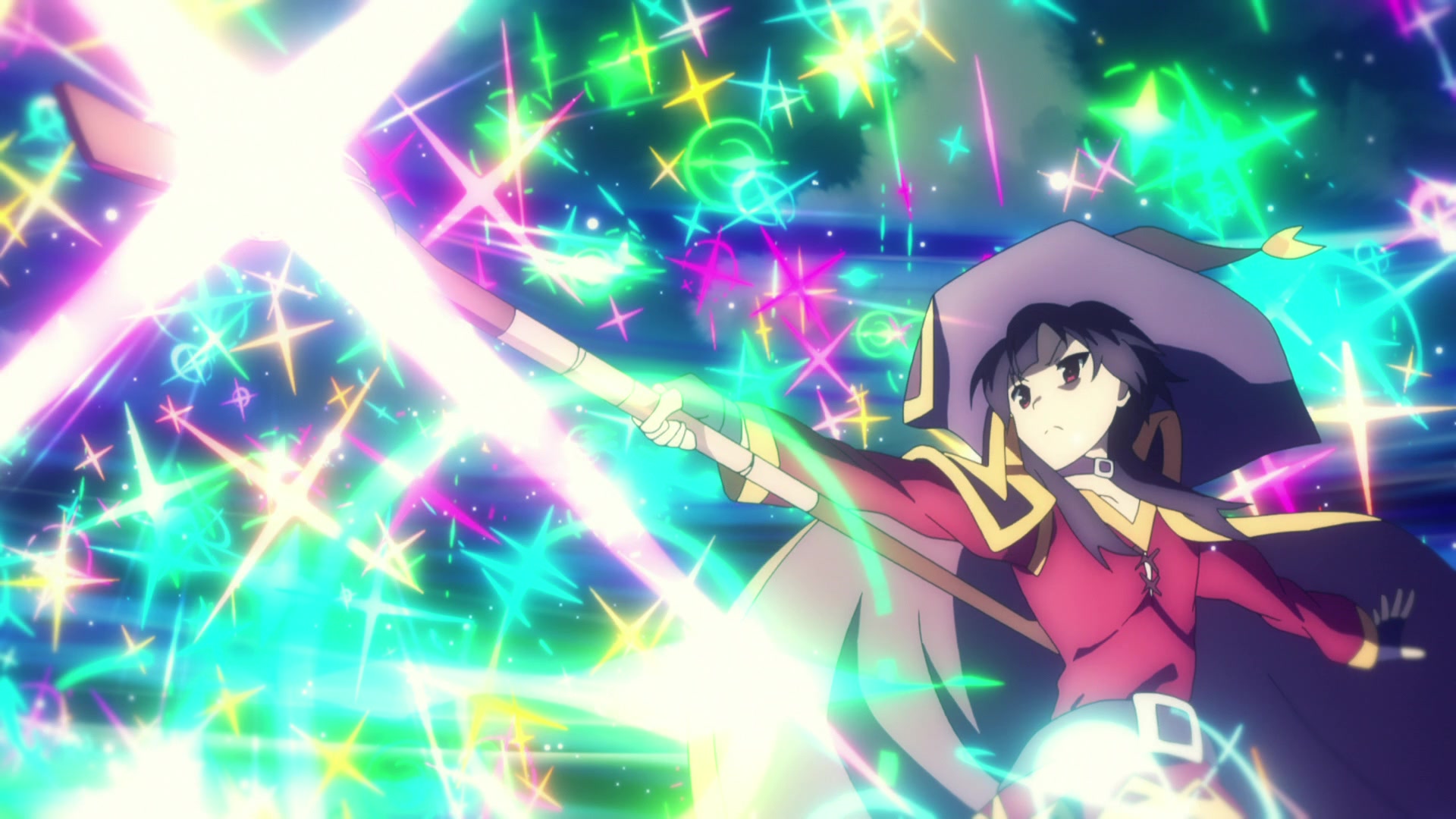 First speaking to the core Konosuba series, the account tweeted (via Google Translate), “After the first and second seasons of the TV anime and the ‘Legend of Crimson’ film, a third season has been decided!” alongside the season’s first key visual.

In a follow-up tweet, the account revealed that the season would feature direction from Yujiro Abe (Megalobox), composition from Makoto Uezu, and character design from Koichi Kikuta, the latter two of whom have served in their respective roles across Konosuba’s various productions.

Further, the account revealed that for the third season, studio Drive would be taking over animation duties from Studio Deen.

Turning to the adaptation of the Megumin prequel novel An Explosion on this Wonderful World!, which will feature the same production staff as the core series’ third season, the account reiterated that the “popular spin-off” had received “the decision to be made into a TV animation”.

Taking place one year prior to Kazuma’s arrival in Axel, the prequel story, as described by Yen Press, sees Megumin “hard at work”, as “ever since a life-changing encounter in her youth, the young wizard has dedicated her every waking moment to the pursuit of the ultimate offensive magic, Explosion!”

“(Well…every moment not spent hustling food from her self-proclaimed rival.)” the publisher’s provided synoposis continues. “And while the big sister’s away, the little one will play. On a routine trip into the woods, Megumin’s little sister, Komekko, finds a strange black kitten. Little does she know that this cat plays a key role in unsealing a Dark God’s tomb.” 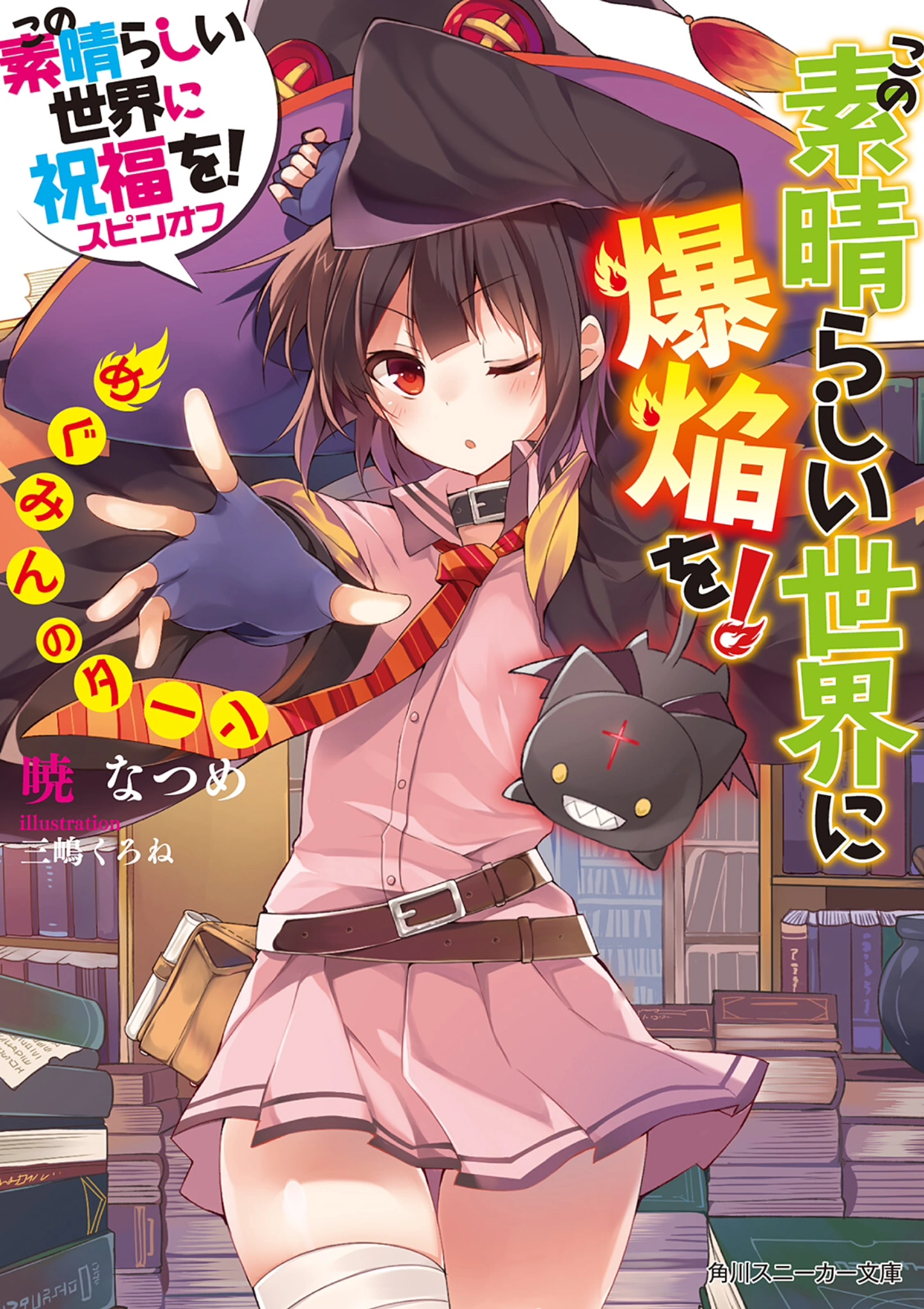 Source: KONOSUBA – An Explosion on This Wonderful World! (2014), Kadokawa

Following the unveiling of these announcements, Akatsuki tweeted in celebration, “A 3rd season of KonoSuba and An Explosion on this Wonderful World! spinoff anime have been decided!”

“I’ve been waiting for this for a long time! Yay!” he wrote. “And three days later, on June 1, Combatant Volume 7 will be released. Sorry for the wait! In addition, the movie version of ‘Isekai Quarter’ will be released on June 10. Look forward to it too! More work! Yay!” 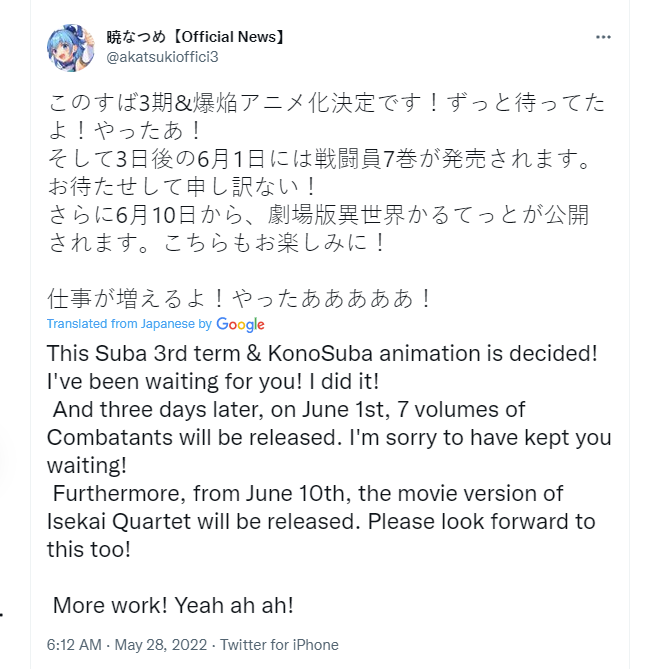 Offering her own thoughts, Mishima added, “Thank you for the Kono Subaru Channel special! Everyone’s tension was maxed out from the beginning and it made me smile too! I’m so happy!” 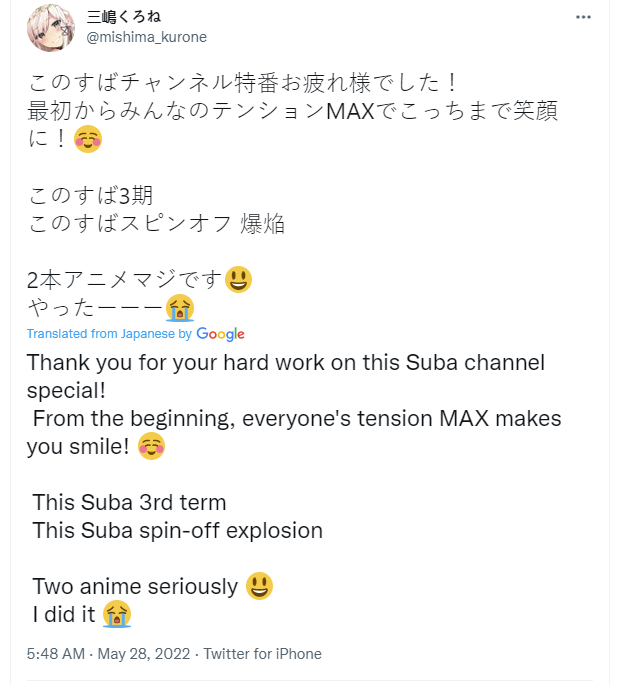 Currently, the first two seasons of KONOSUBA -God’s Blessing on This Wonderful World! are available for streaming on Crunchyroll!

“After a traffic accident, Kazuma Sato’s disappointingly brief life was supposed to be over, but he wakes up to see a beautiful girl before him,” reads a series synopsis provided bythe streaming service.. “She claims to be a goddess, Aqua, and asks if he would like to go to another world and bring only one thing with him.”

“Kazuma decides to bring the goddess herself, and they are transported to a fantasy world filled with adventure, ruled by a demon king,” it elaborates. “Now Kazuma only wants to live in peace, but Aqua wants to solve many of this world’s problems, and the demon king will only turn a blind eye for so long…” Alongside these first two season, Crunchyroll also offers the Legend of Crimson film, the first full cinematic outing of the Konosuba franchise.

“One day, the Crimson Demon girl Yun Yun says something that makes the entire group freeze up,” says Crunchyroll of the movie. “I want to have your babies, Kazuma!’ Upon hearing the details, it turns out that the Crimson Demon village that Megumin and Yunyun are from is facing a threat that could mean it’s ending.”

“Kazuma and his gang follow Yunyun, who returns to the Crimson Demon village intent on saving it, when they are faced with their greatest threat yet!” they conclude. “What will become of the unremarkable adventurer Kazuma’s life in another world?!” 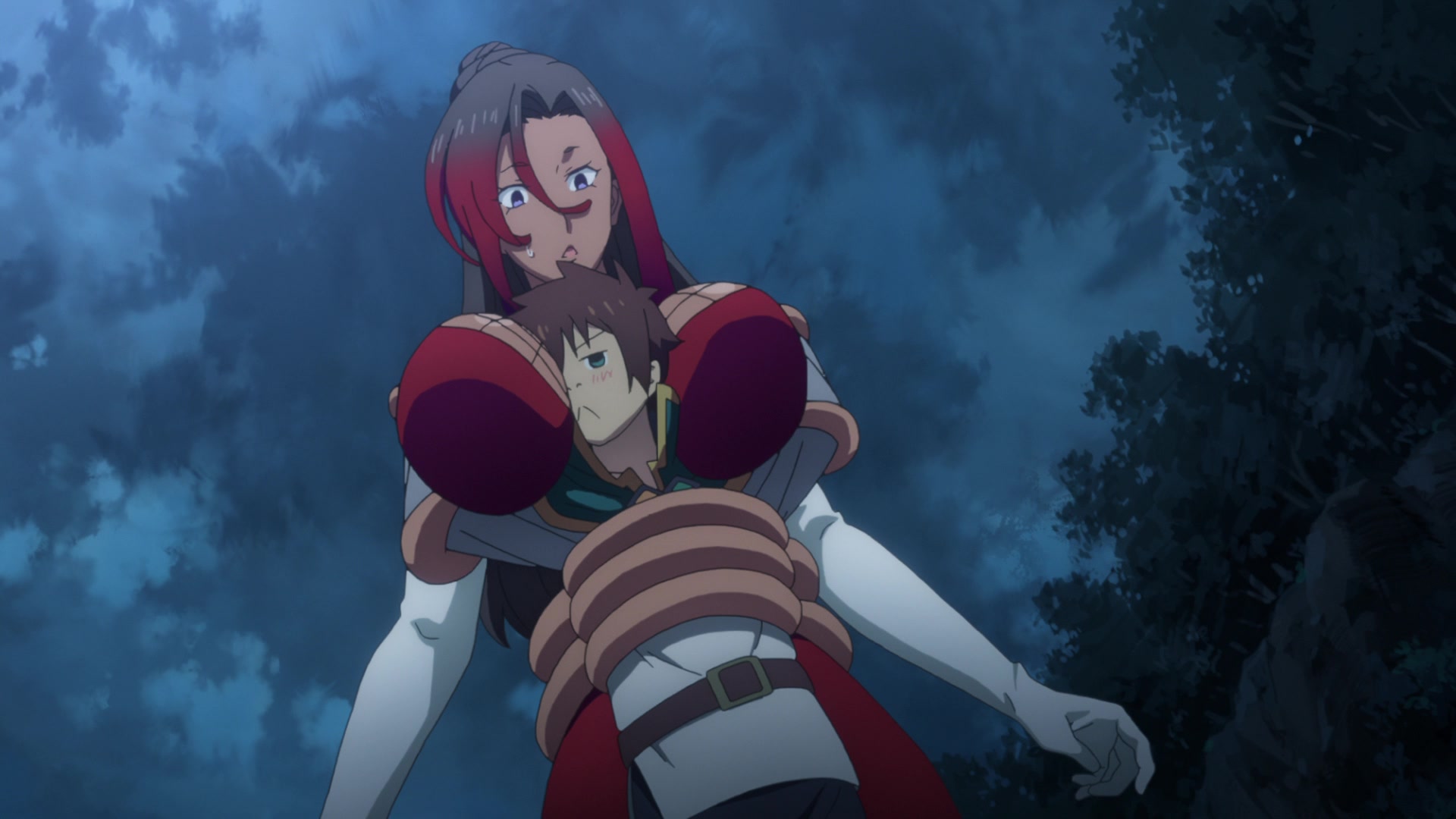 Are you excited for these new KONOSUBA anime projects? Let us know your thoughts on social media or in the comments down below!