The first full trailer for Disney and 20th Century Studios’ upcoming Hulu-exclusive Predator sequel Prey does little to convince audiences that any pre-20th century peoples could feasibly hold their own against the franchise’s namesake antagonist. 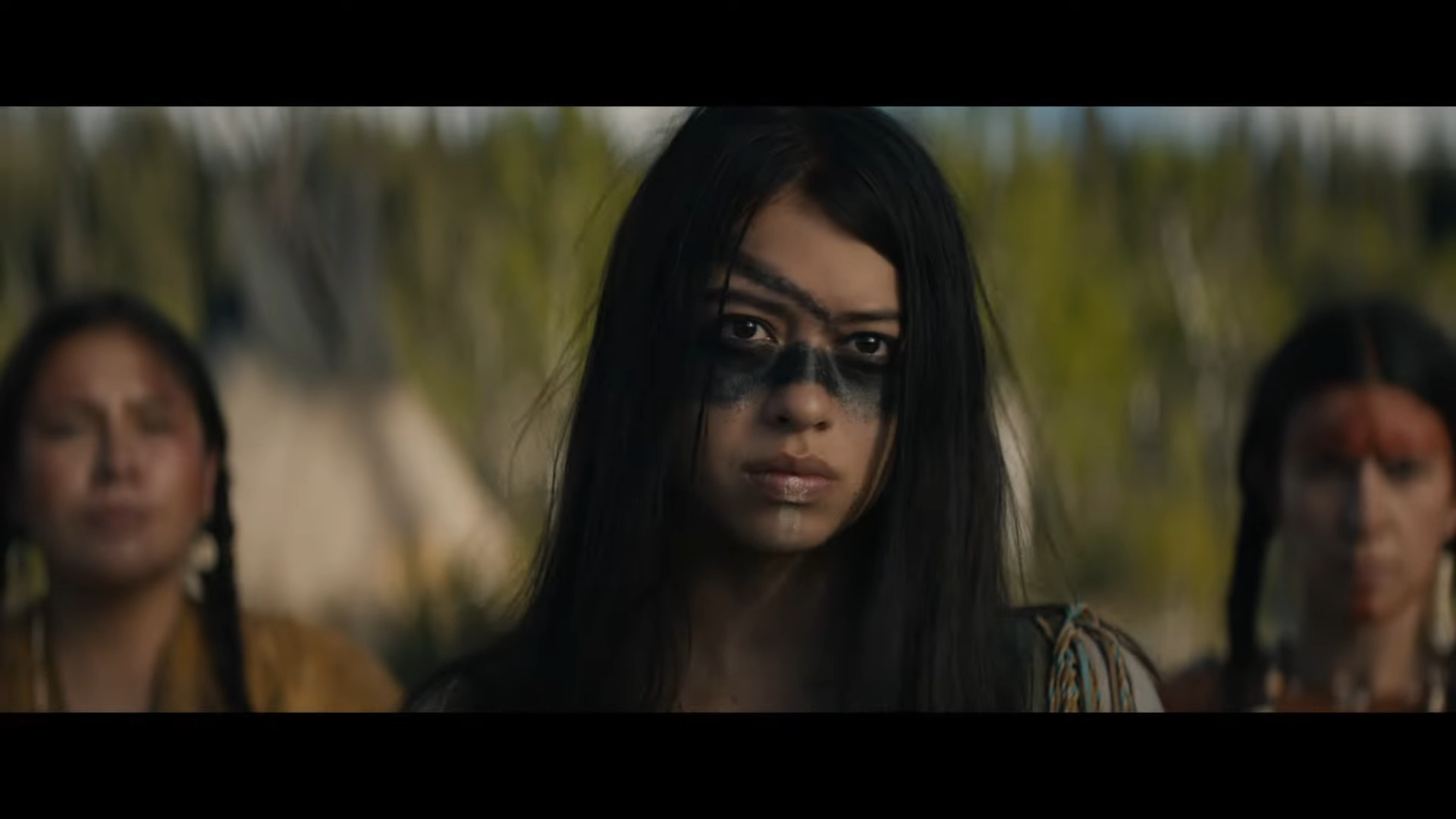 Released on June 7th, the trailer opens on Naru, in attendance at what appears to be a hunters training session, leaping to her feet in amazement as a hatchet flies by her head and lodges itself into a nearby tree.

“Why do you want to hunt?” asks fellow tribe member Aruka from off-screen.

“Because you all think I can’t,” Naru replies.

Cutting to a shot of the Predator’s ship entering Earth’s atmosphere, Naru can next be heard declaring, “I saw a sign in the sky. I’m ready,” before coming upon a bear hunting down by a river.

In the trailer’s main ‘attention grabbing’ scene, after a brief period of trailing her large ursine target, Naru moves to shoot the bear with an arrow, unsurprisingly causing the beast to fly into an angry rage.

Attempting to escape from the bear through an elaborate system of winding traps, Naru soon ends up in a beaver dam, wherein the wild animal finds itself unable to grab her. 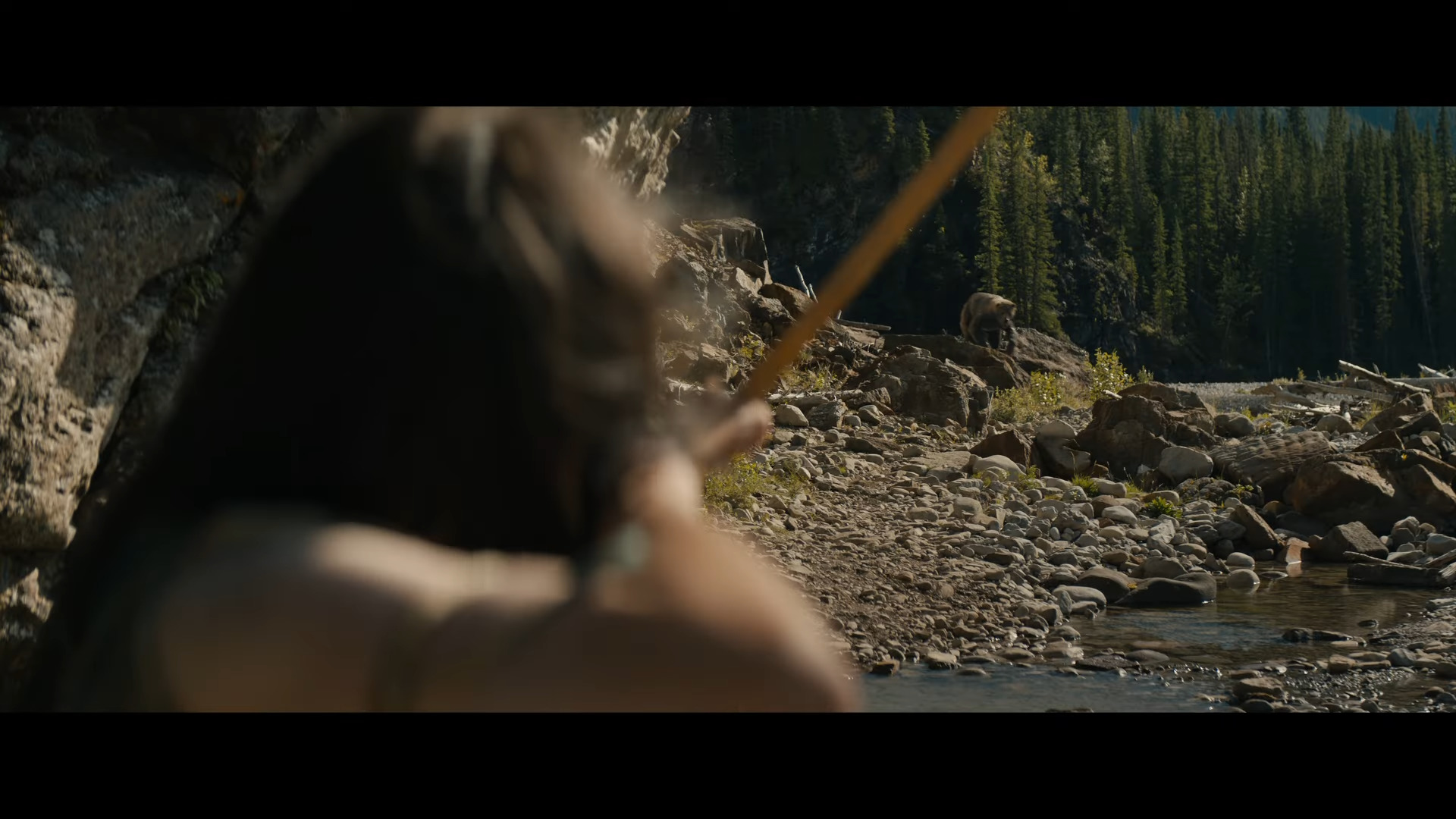 However, Amidst its desperate attempts to claw its way at Naru and hear apart, the bear suddenly drops dead.

As Naru turns to investigate the sudden silence, she finds herself terrified to find that the bear has not only been moved out of the dam completely, but is also being held aloft in victory by an invisible Yautja warrior. 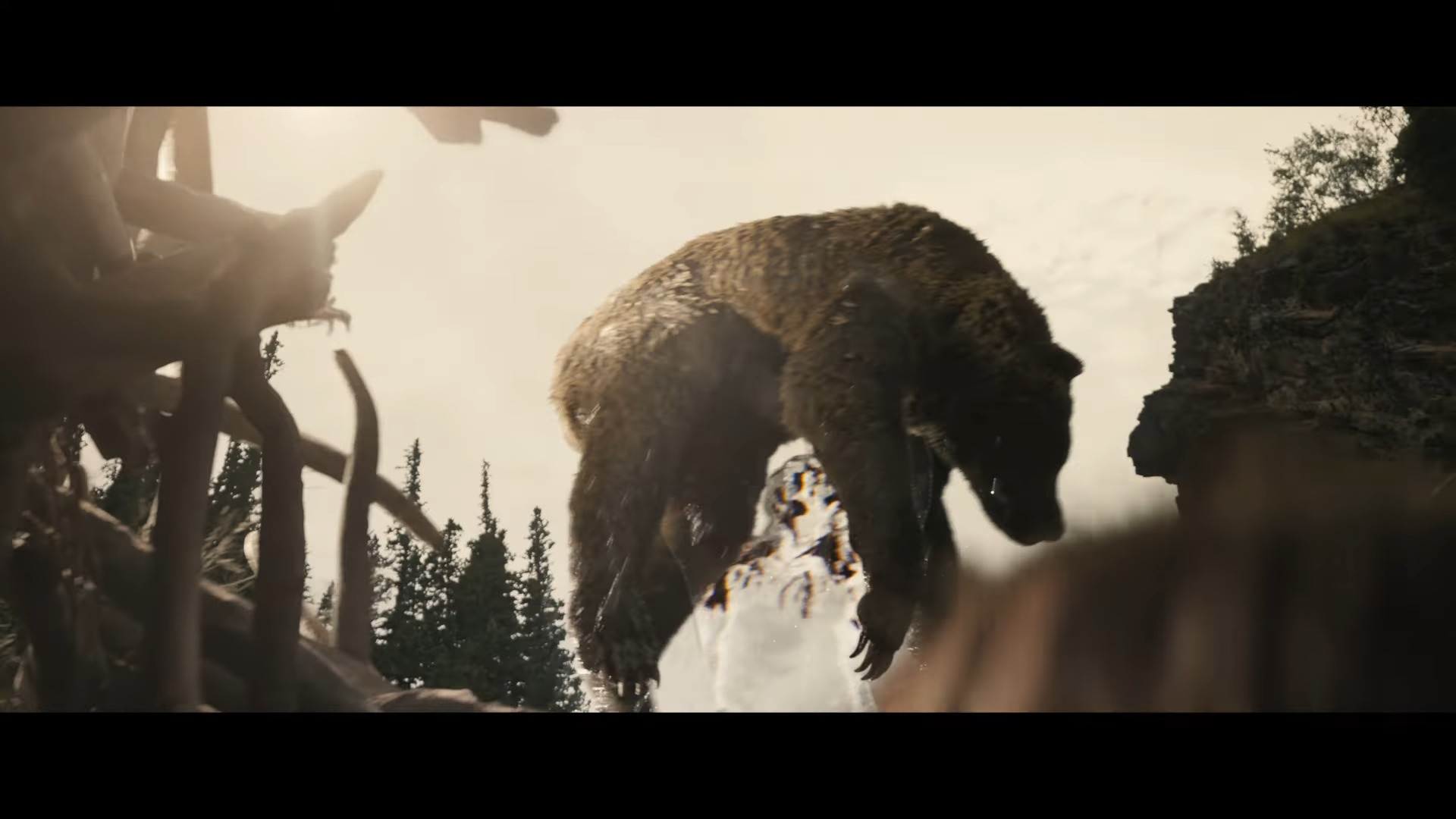 “There’s something out there,” Naru narrates as the trailer transitions to find members of her tribe embarking on a night time hunt of the alien in the woods surrounding their homes. “I’m coming with you.”

“You can’t,” denies a male member of her tribe, only for Naru to fire back, “I’m trying to protect you.”

“Protect me from what?” exclaims the man in reply as Naru is next shown to discover a Predator footprint and hunting site. 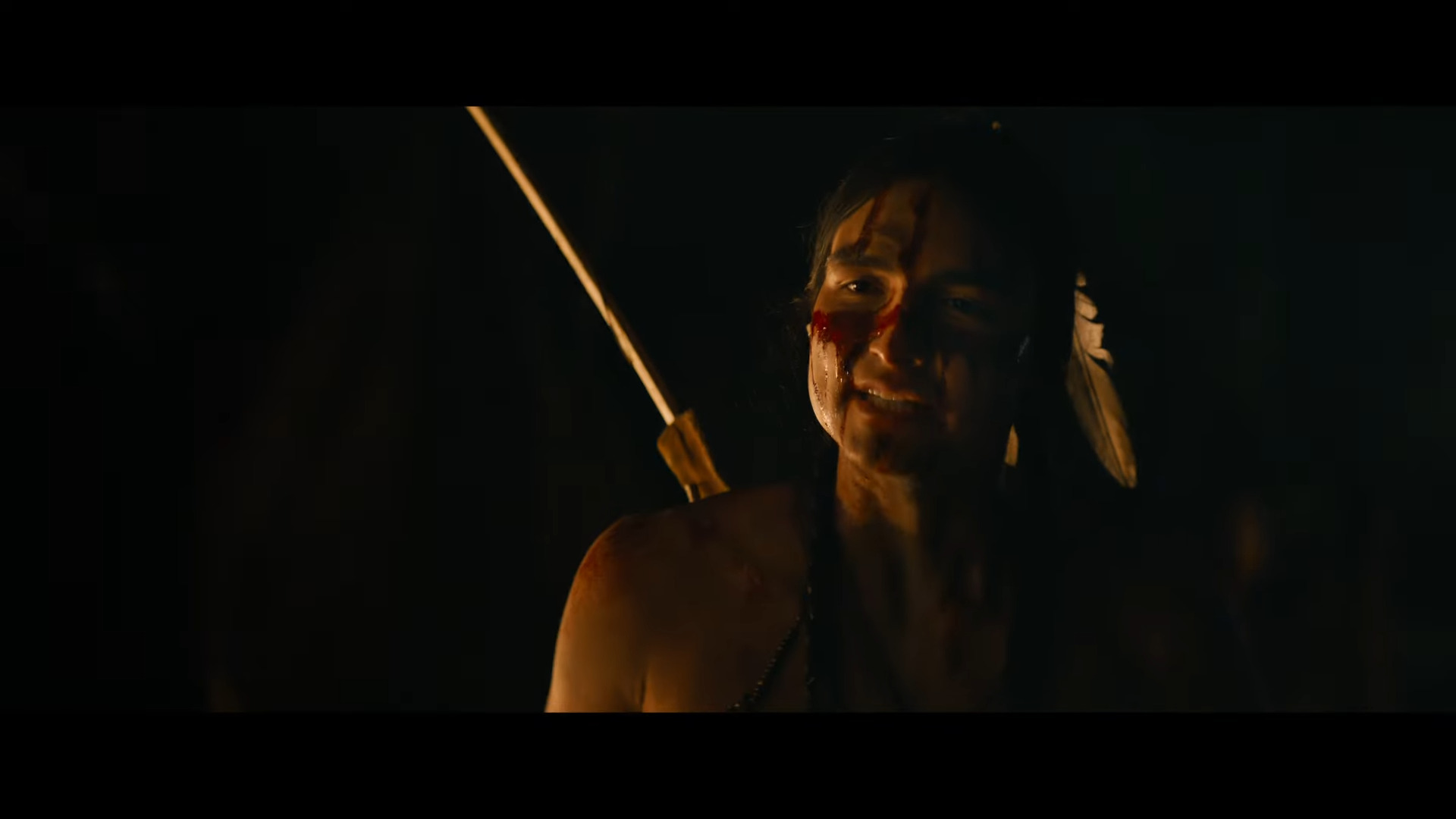 Turning to Naru’s comanche community itself, the trailer then presents a line-up of the tribe’s warriors as they receive the order to hunt from who is ostensibly their chieftain.

“It’s time,” he solemnly announces, prompting the warriors to once again head into the forest in search of the alien. 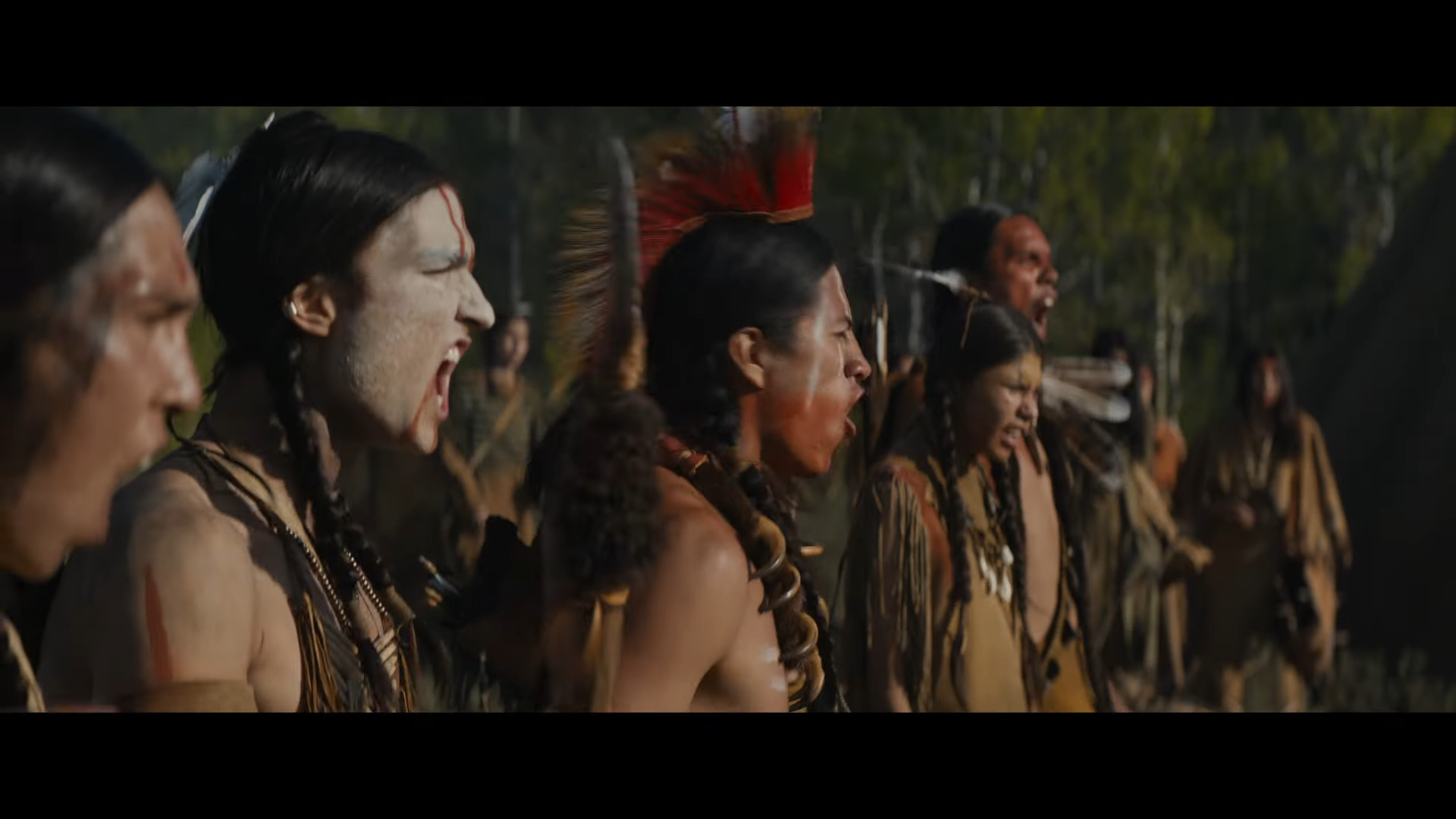 Audiences are then presented with the scene featured in the film’s previously released teaser trailer, which finds Naru running out of the forest into a field before being suddenly pulled down mid-escape by another tribe member.

Though the hunter then stands to protect both him and Naru, he is soon marked by the Predator with the signature ‘three dot’ targeting reticle of the species’ standard Plasmacasters, at which point Naru tackles him out of the way before he can be hit by the weapon.

Realizing that they are overwhelmingly outgunned, the two turn tail and run, only to be pursued closely by their camouflage Yaujta enemy. 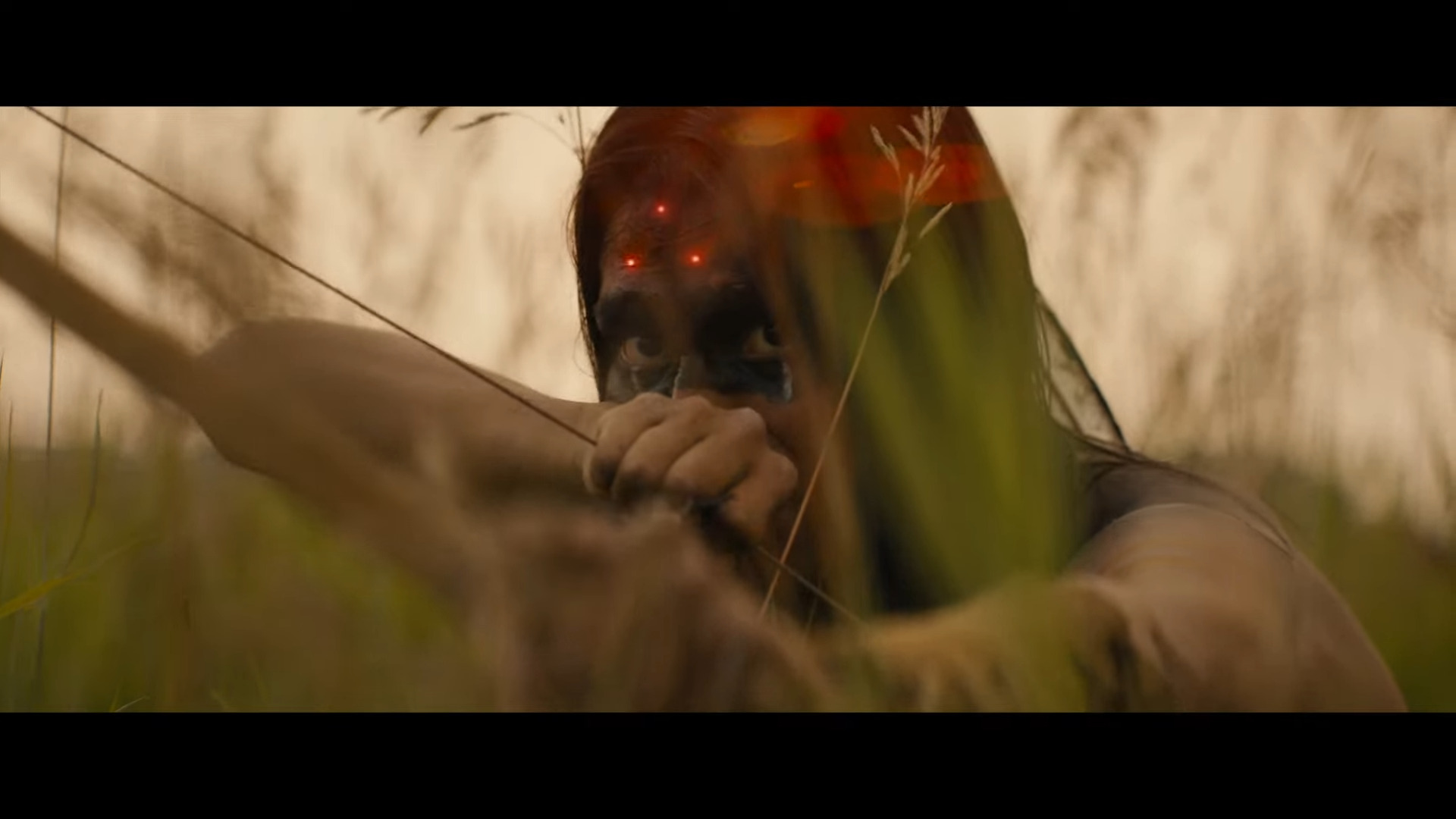 As the trailer begins to reach its climax, Naru can be heard declaring, “It knows how to hunt. I know how to survive,” as she develops a makeshift, Scorpion-from-Mortal-Kombat-esque weapon using a rope and a hatchet.

Following this spotlight on Naru, the trailer cuts to a montage of various scenes throughout the film, over which Naru declares, “Whatever did this. I can kill it.” 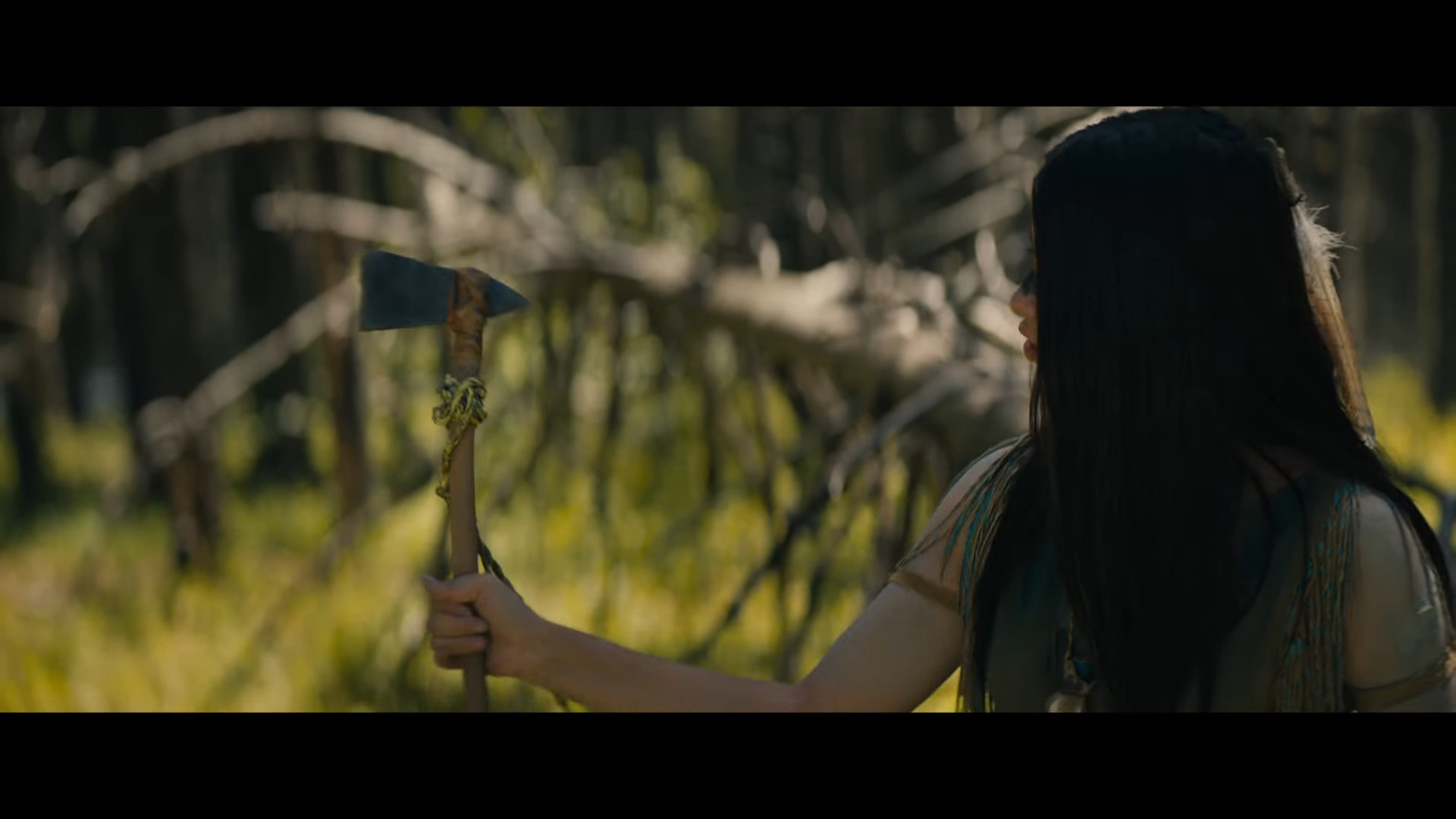 The scenes featured in the montage include a complete wash of a fight between the Predator and a group of white men: 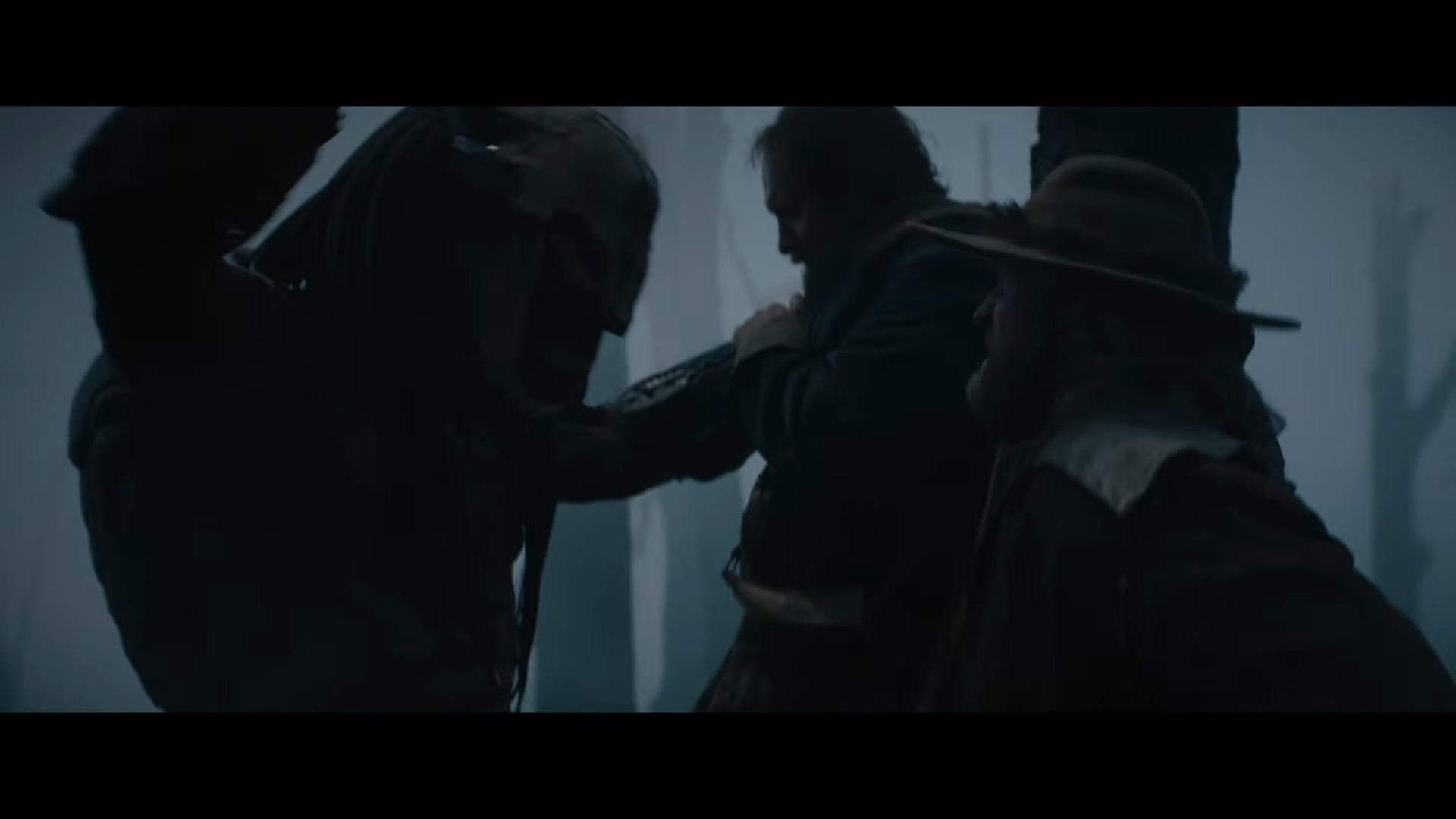 A member of Naru’s tribe facing off against a mountain lion whilst standing in the higher branches of a tree: 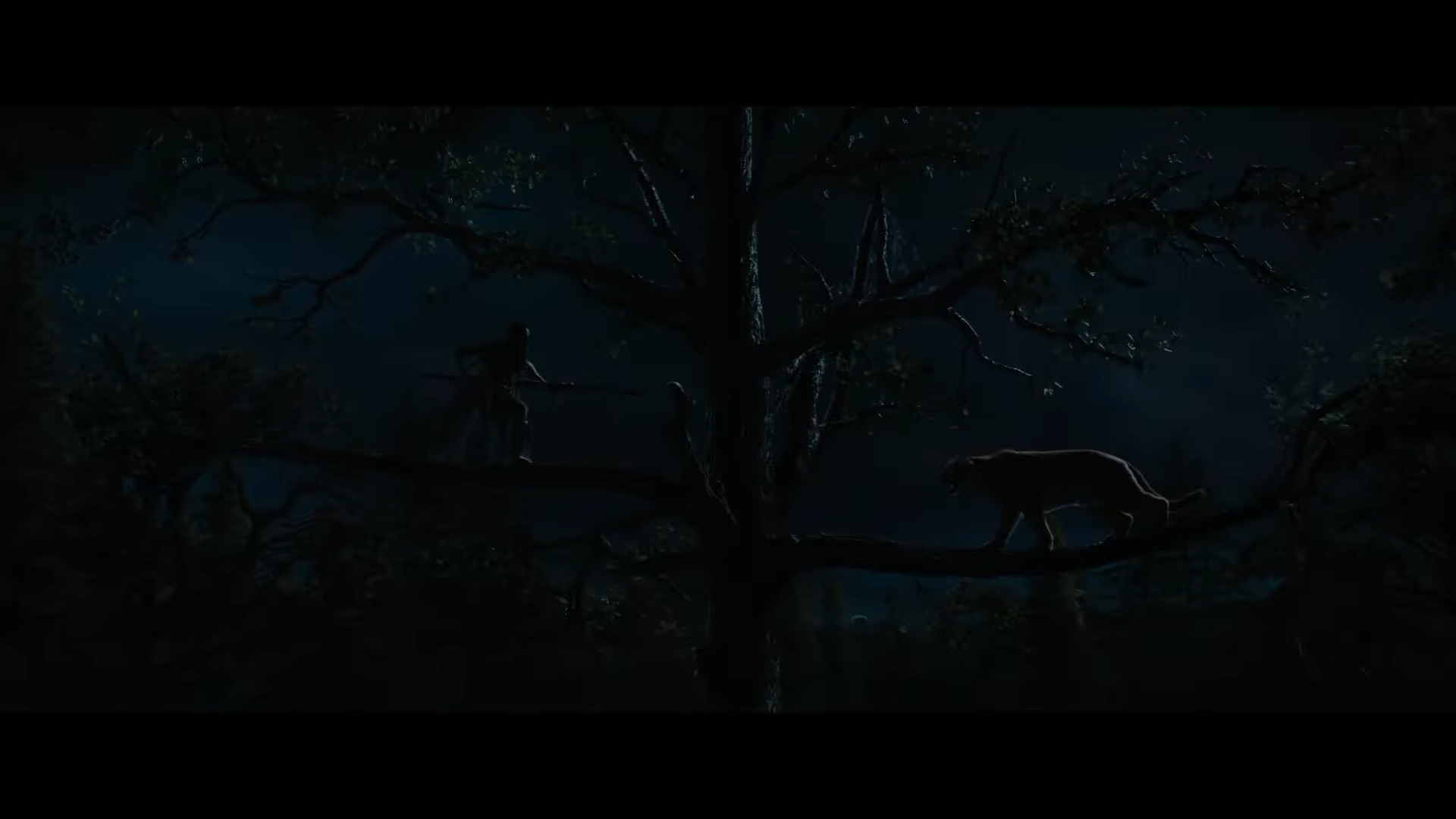 And a Yaujta deploying a portable shield in order to protect itself from the white men’s relatively powerless gunfire: 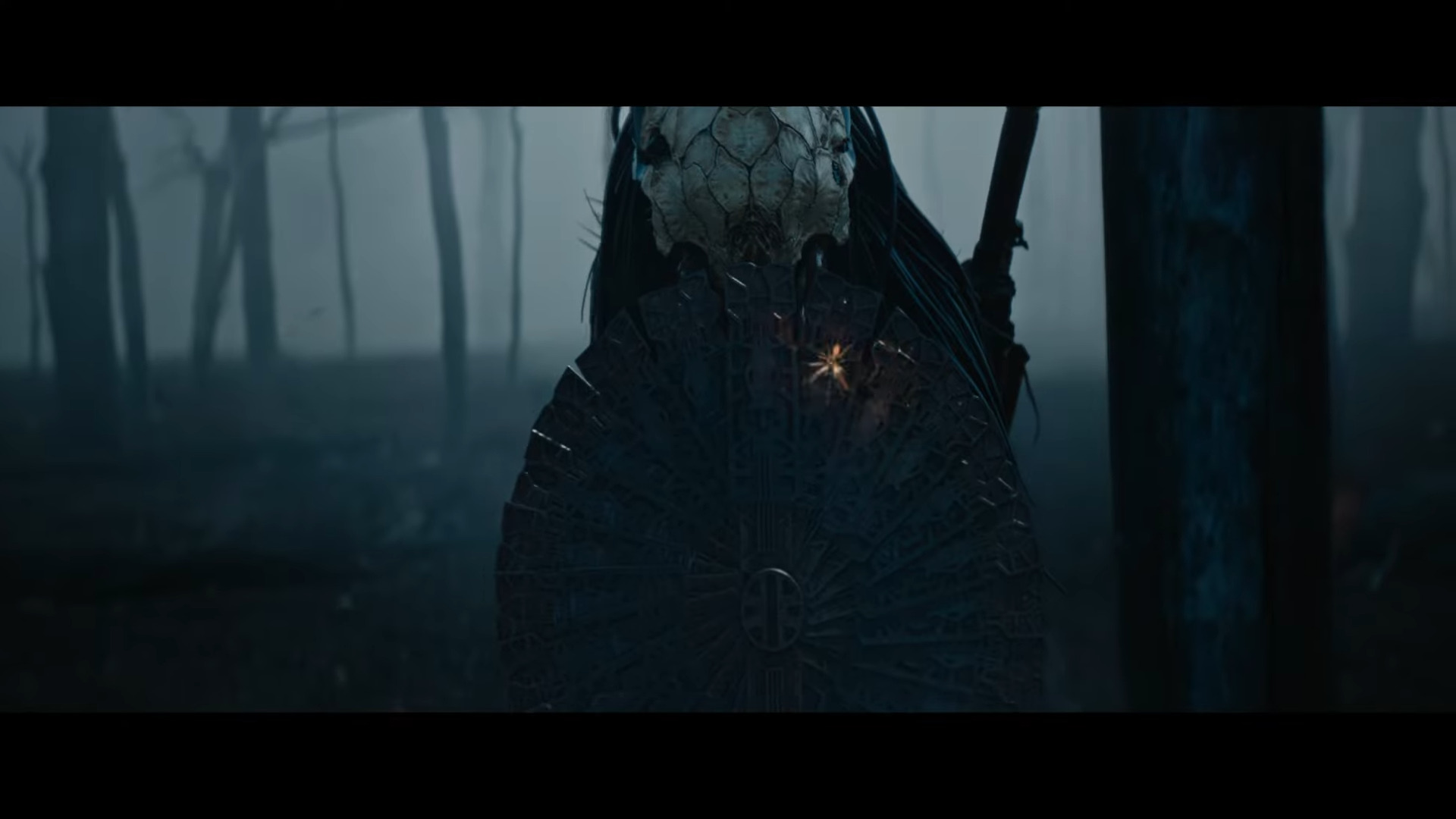 The final shot of the trailer finds Naru engaged in battle with a Yaujta.

Taunting the alien by letting out a battle cry, Naru is seen ducking out of the way of her opponent’s subsequent attack right as the trailer concludes with the film’s logo. 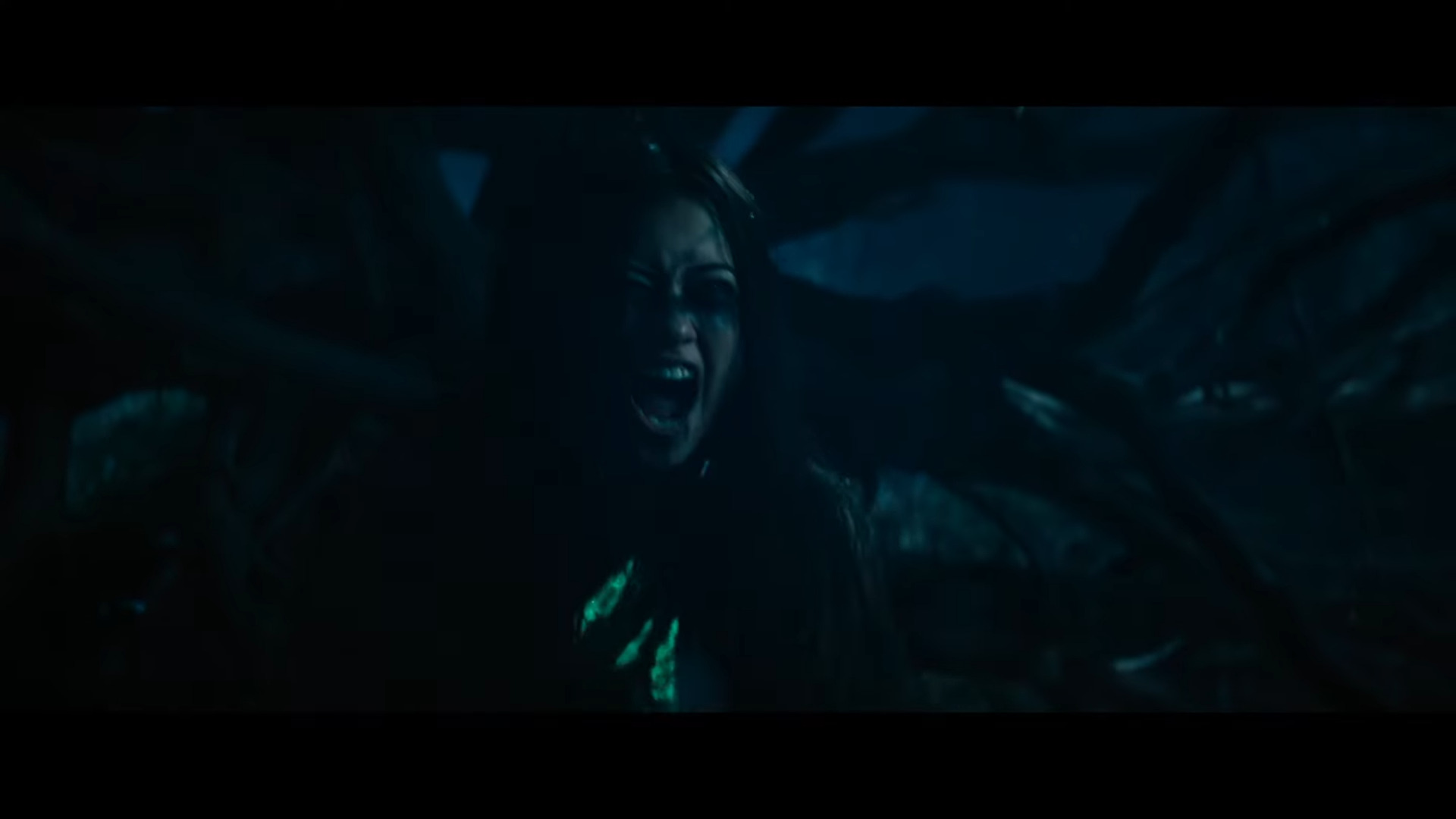 According to a plot synopsis previously provided by 20th Century Studios, “Set in the Comanche Nation 300 years ago, ‘Prey’ is the story of a young woman, Naru, a fierce and highly skilled warrior.”

“She has been raised in the shadow of some of the most legendary hunters who roam the Great Plains, so when danger threatens her camp, she sets out to protect her people,” it continues.

“The prey she stalks, and ultimately confronts, turns out to be a highly evolved alien predator with a technically advanced arsenal, resulting in a vicious and terrifying showdown between the two adversaries,” the synopsis concludes. 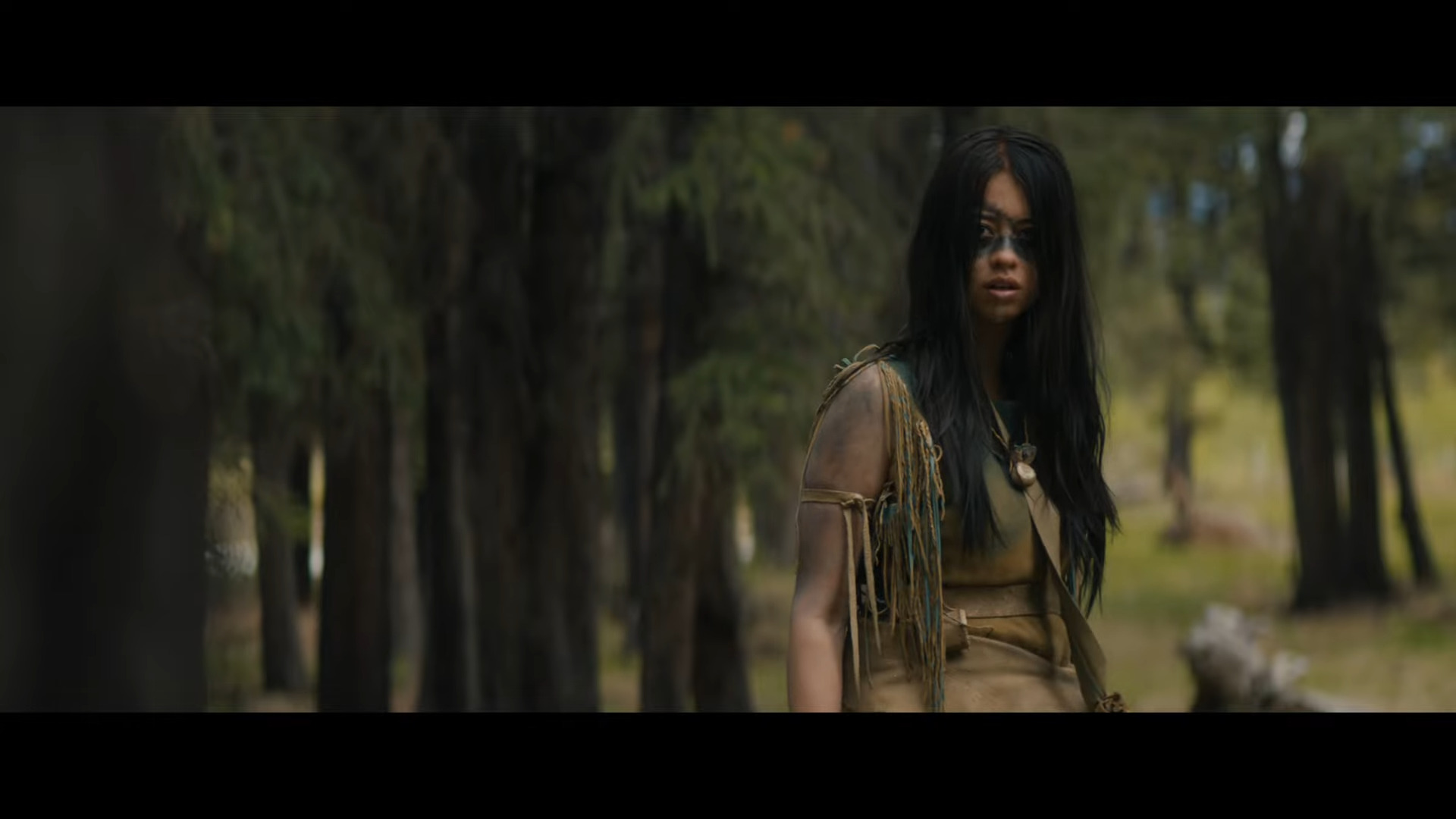 The upcoming answer to the question of how exactly a 1700-1800s Comanche tribe, whose current weapons tech amounts to arrows and hatchets, survives against a high-tech alien species whose entire culture is dedicated to perfecting the art of hunting is set to premiere exclusively on Hulu on August 5th.

What do you make of this latest trailer for Prey? Let us know your thoughts on social media or in the comments down below!

NEXT: Predator 5 Reportedly Casts Amber Midthunder As Native American Female Lead Fighting “Against The Gender Norms and Traditions of Her Tribe”