Lightsabers are arguably the cornerstone of the Star Wars fandom. Without them, it would just be a regular sci-fi war story. Lightsabers added a fantastical element to the universe’s action and mythos, and they’ve been refined over the years with many different styles and colors. Even amongst the most basic lightsabers, diehard fans can tell you what makes them so unique.

Besides the traditional lightsabers, some go a step further, such as models that spin, have multiple blades, or come in different shapes and sizes. As the Star Wars universe has expanded, a number of alternate-style lightsabers have been added to the mythos which are quite cool, regardless of who happens to be wielding them. 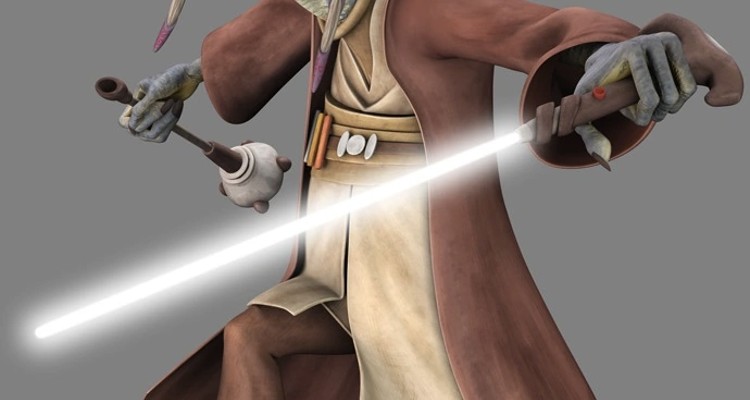 Jedi Master Tera Sinube had a small role in The Clone Wars, but he showed that just because a warrior is getting old, doesn’t mean he can’t still throw down when the time arises. He walks with a cane that can actually transform into a white lightsaber when the hilt is removed.

This style is of course inspired by older samurai fighters that hide swords in their canes, and it works to great effect. Anybody who sees the aging Jedi limping around on a cane would expect him to not put up much of a fight, but when he whips out his hidden saber, the odds are evened. 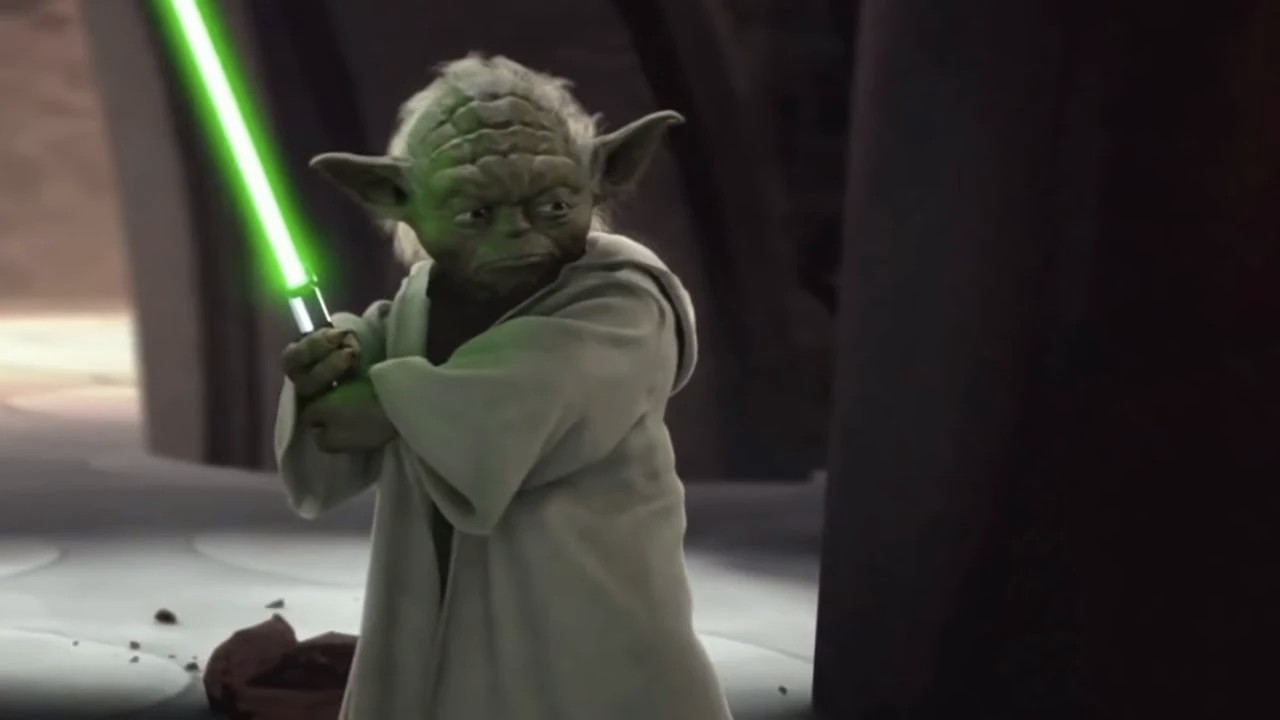 Source: Attack of the Clones, Disney

Before the prequels, fans often speculated about what it would be like to see Yoda in a lightsaber duel. They got their wish in the much-maligned Episode II: Attack of the Clones, during one of the film’s few redeeming moments. Yoda’s lightsaber isn’t necessarily exceptional by itself, besides the fact that it matches his diminutive size.

Other that that, Yoda might have one of the most basic lightsaber designs around. Besides its size, its simplistic look is remarkable for just how unremarkable it is. Then again, Yoda is so old that his lightsaber might’ve been made before Jedi felt they had to get flashy, or take advantage of more robust tech. 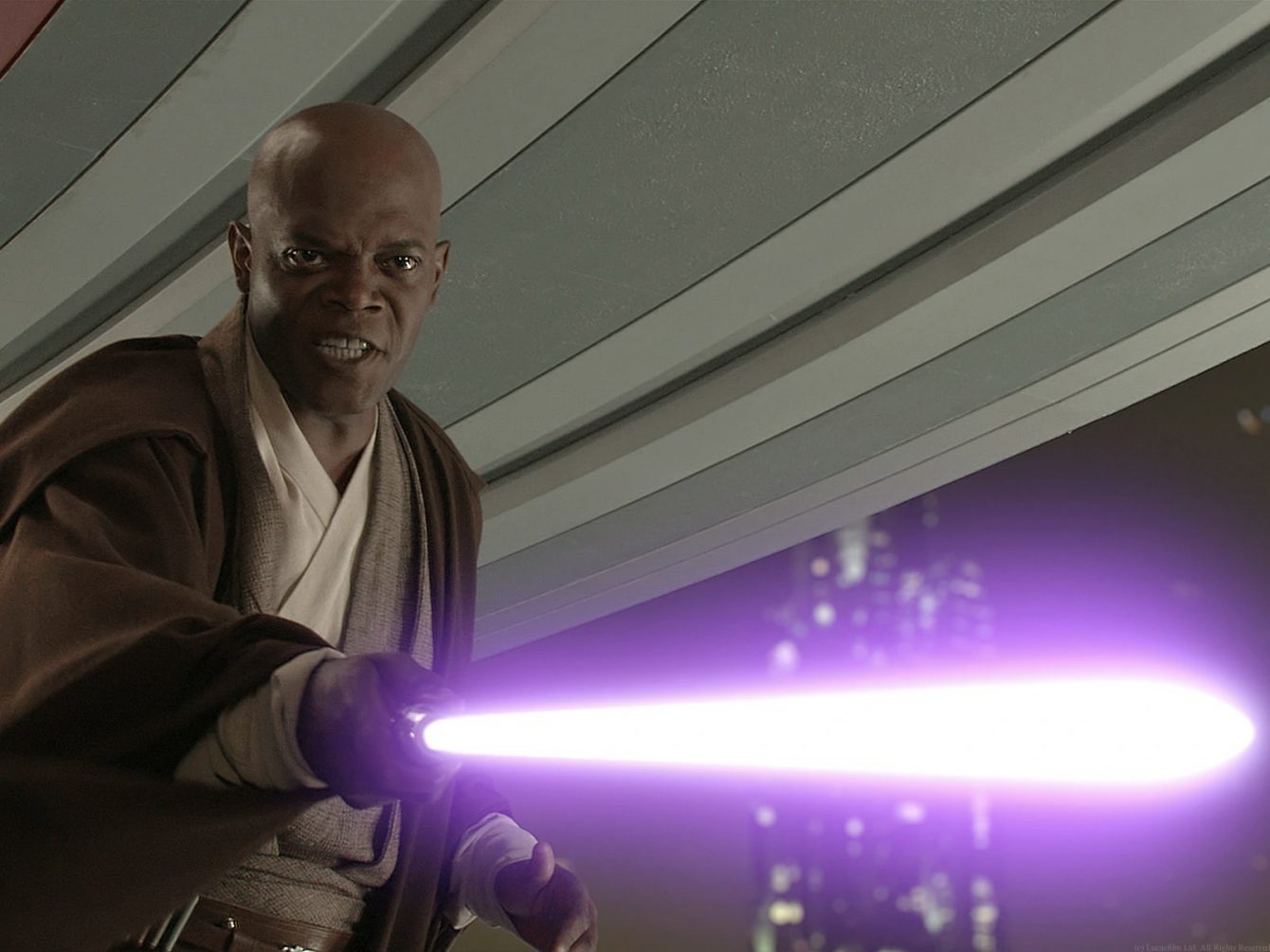 Like Yoda, Mace Windu’s lightsaber isn’t particularly unique on its own, except for the fact that it’s violet. There have been violet lightsabers since, but Windu’s was the first to be showcased, and the backstory behind it revolves around Samuel L. Jackson wanting a lightsaber with a unique color, to which George Lucas agreed.

Jackson’s affinity for violet and purple goes beyond just Star Wars. He enjoys the color in other films, which means the violet lightsaber is intrinsically tied to Mace Windu’s character. Unlike other Jedi who wield a blue or green lightsaber, fans can’t help but think of violet when they think of Mace. 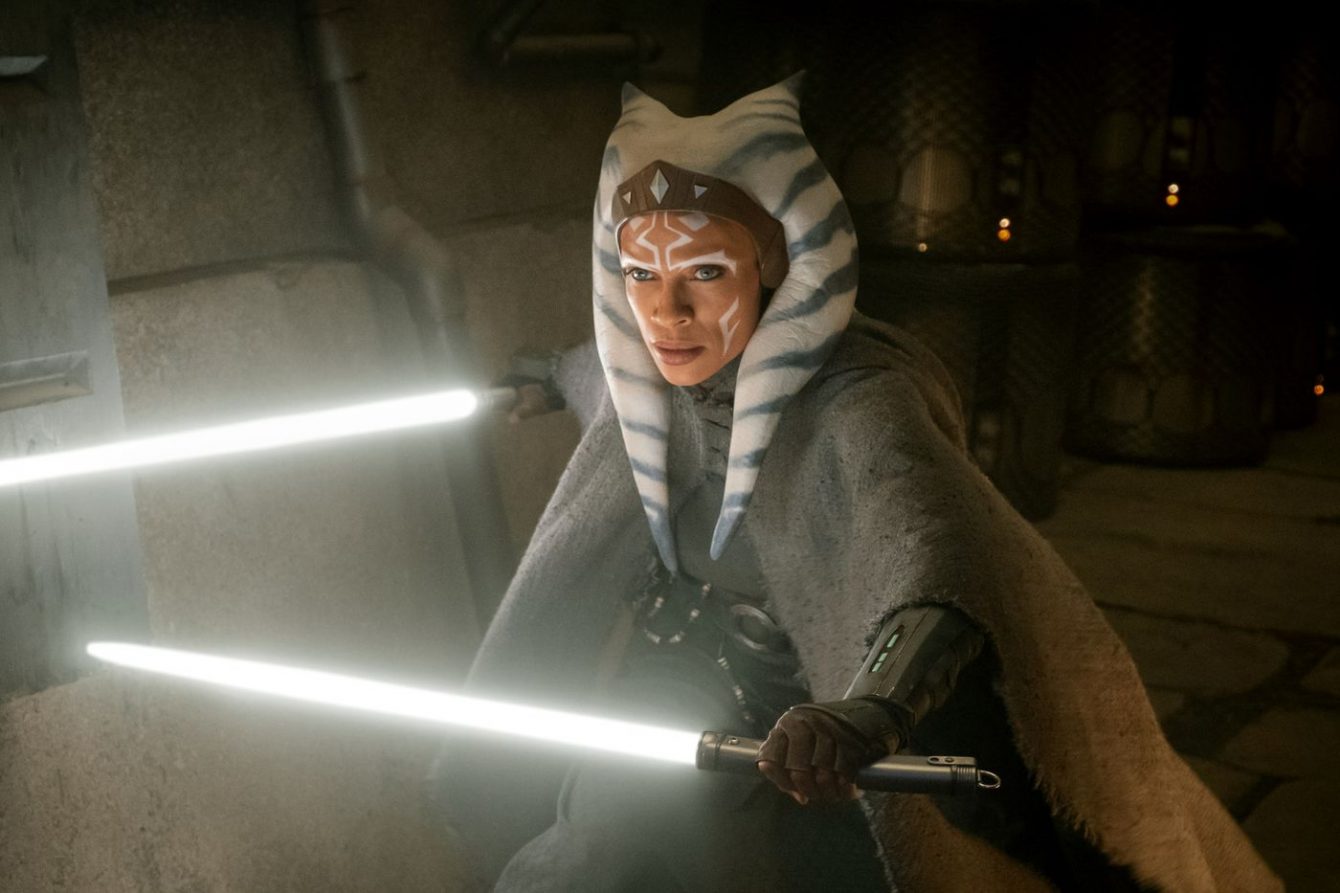 After leaving the Jedi order, Ahsoka took a different approach to her lightsabers. Unlike the traditional green or blue, she sported dual white lightsabers of smaller size, allowing for more nimble and agile forms of combat. It also indirectly signifies her lack of allegiance to any particular side, including the Jedi.

Not many lightsaber are white, either. One white lightsaber, which is also on this list, is Tera Sinube, who also has a connection to Ahsoka. He defended her when Ahsoka was on trial, so perhaps Ahsoka felt inspired by her defender and adopted the color. 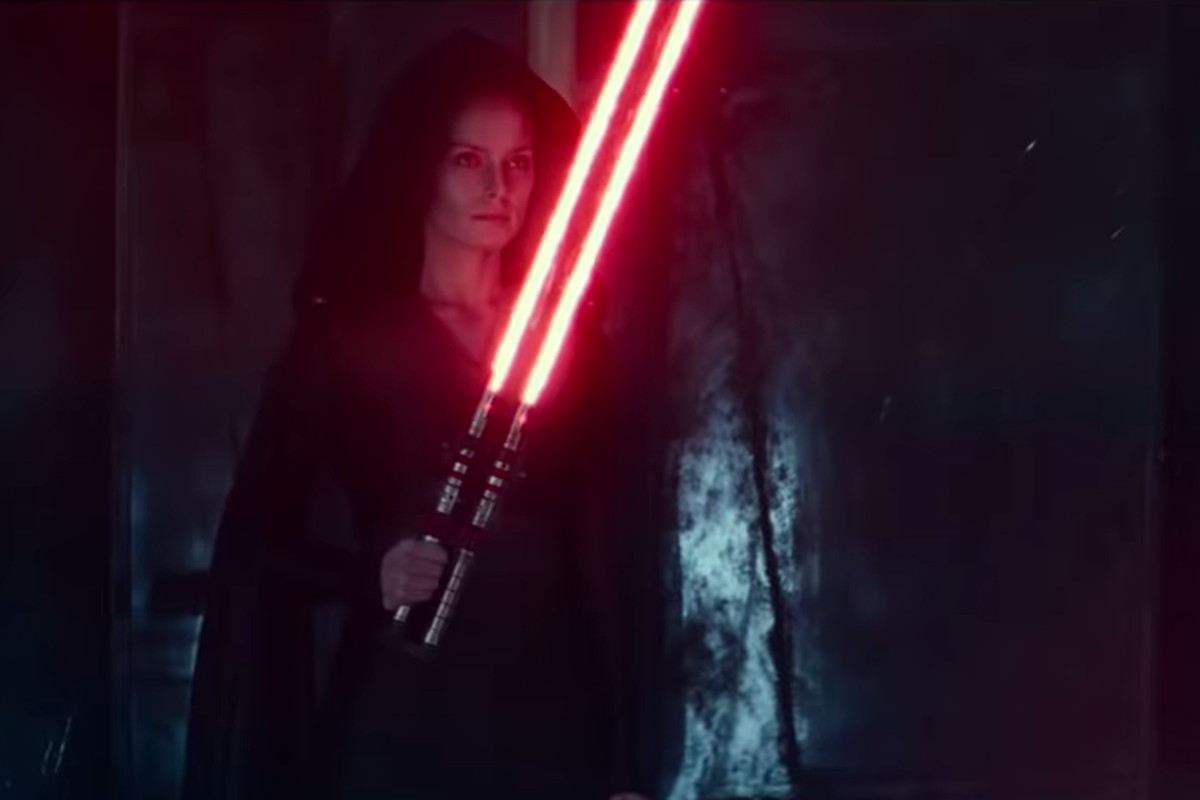 Source: The Rise of Skywalker, Disney

It’s getting hard to formulate unique lightsaber designs, but this was a peculiar kind that premiered in the critically panned Rise of Skywalker. It was a form of dual lightsaber that folded in half, causing both blades to run parallel to one another, until opened up.

The saber design was only briefly glimpsed during a vision sequence, but it was enough to get Star Wars audiences talking. The possibilities for this kind of saber are vast, and there’s no doubt it will make a return in some form in future Star Wars projects. 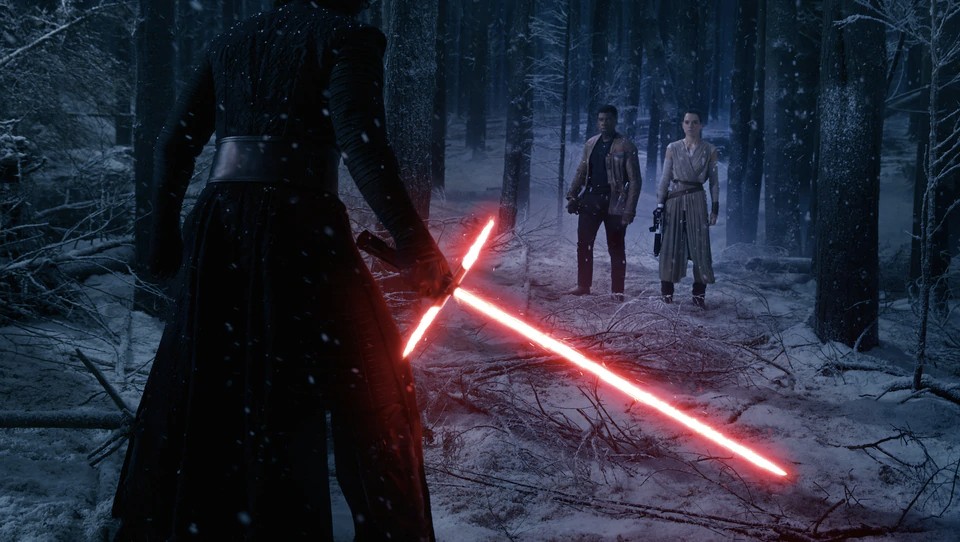 Coming up with new and original tweaks to the classic lightsaber is a daunting task, and that’s exactly what happened with Kylo Ren’s signature weapon. Fans pointed out that having a crossguard on a lightsaber wasn’t very practical, but it did look very cool when first introduced.

Ren’s lightsaber is unique in the fact that it utilizes a cracked Kyber crystal to generate the blade, which is visibly unstable. The crossguard design incorporates lateral vents to dissipate heat, and can be used creatively in combat. The lightsaber design isn’t new, per say; it dates back nearly 4,000 years BBY during the Great Scourge of Malachor. 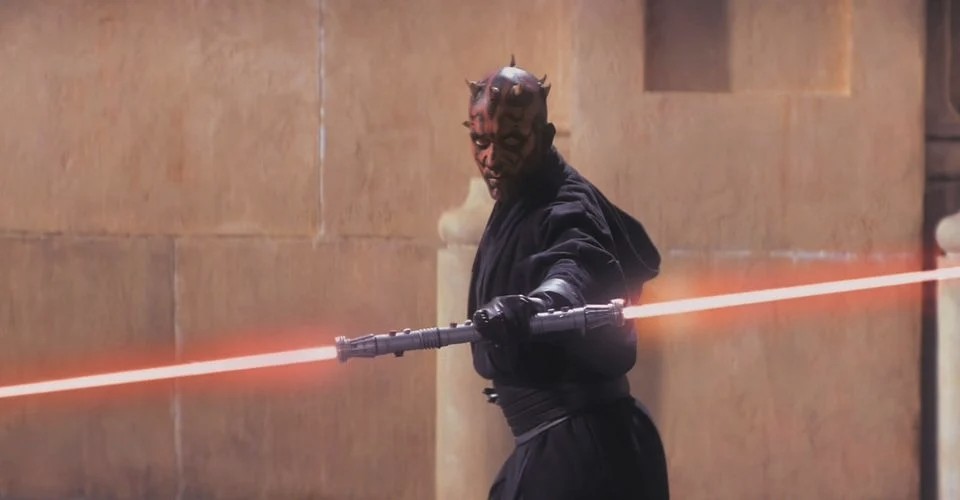 Dual lightsabers are now rather commonplace, but when Darth Maul first premiered with his in The Phantom Menace, it was all the rage. The first time he used the lightsaber in the film, he only lit up one half, but when faced with the dual threat of Obi-Wan and Qui-Gon, Maul activated the second blade to even the odds.

When Episode One first came out, it was written that dual lightsabers were traditionally used for training purposes, so the fact Maul decided to use one for fighting says something about his character. It shows that he wasn’t afraid to use weapons outside their intended purpose, something that came in handy when he returned after his presumed death.

RELATED: The 9 Most Fearsome Imperials In Star Wars 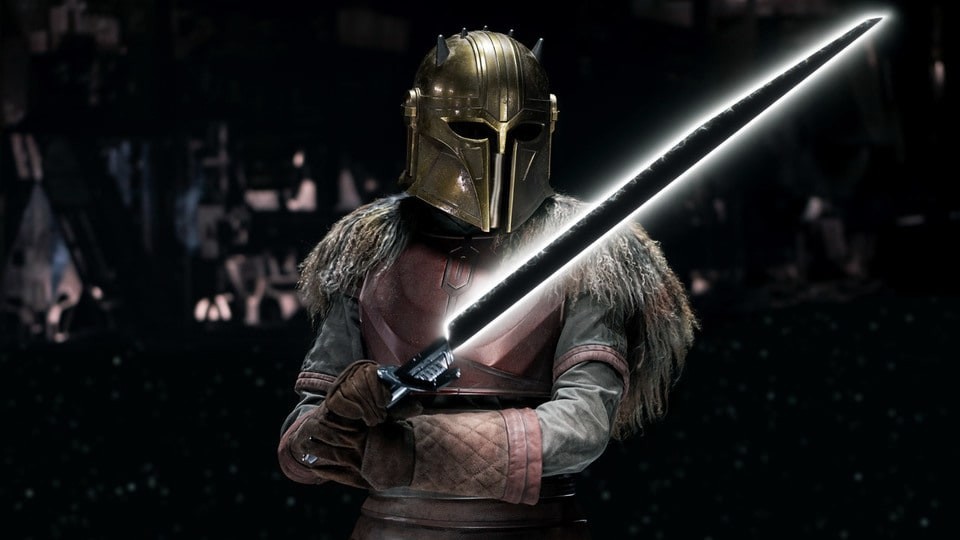 It’s impossible to link the Darksaber to just one character, because the blade is essentially a character unto itself. It’s been wielded by many individuals throughout Star Wars lore, and its history rivals that of Anakin Skywalker’s. Besides the lore, the lightsaber itself is unique and different; a true one-of-a-kind.

Adding to the saber’s mystique, it was created by the only known character to be both a Jedi, and a Mandalorian. Comparing the two philosophies, it’s difficult to imagine someone adhering to both order, so it’s not surprising that the Darksaber was born from that dichotomy. 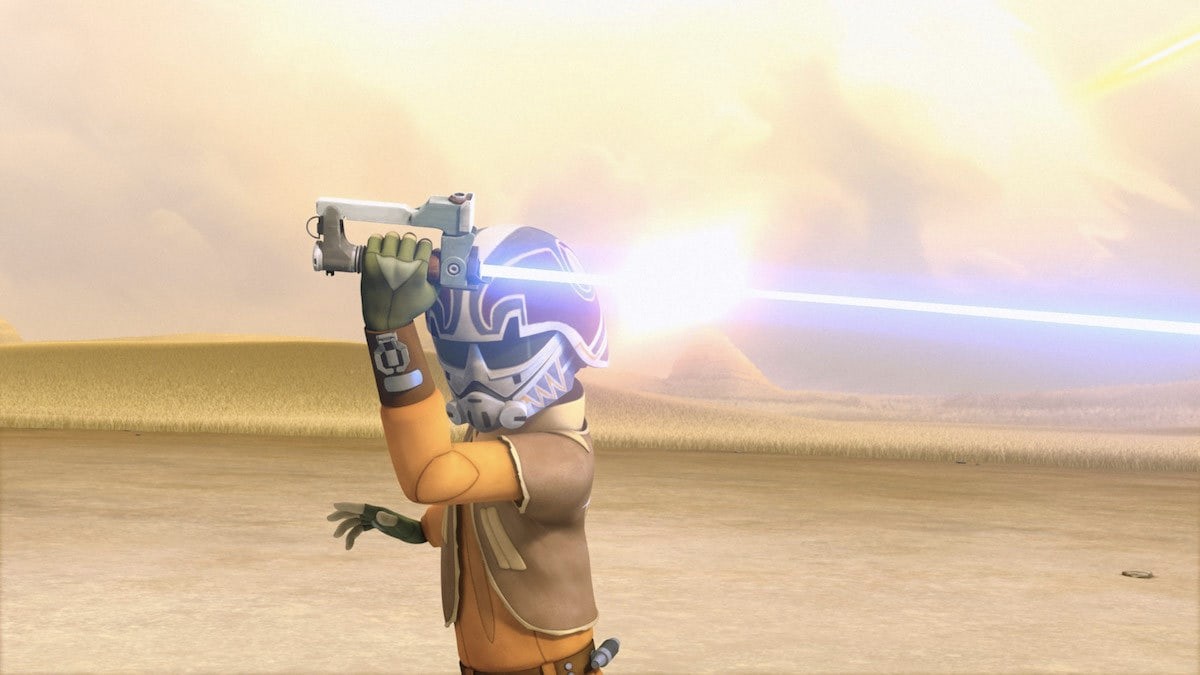 Making a lightsaber during a time when Jedi were hunted must have been tough, but Ezra managed to pull it off in style. Like the Darksaber, Ezra’s lightsaber is also one-of-a-kind. As an added bonus, it also works as a blaster, something that comes in handy when trying to stay incognito.

Ezra would eventually lose the lightsaber, and never become proficient at it, but during the season one finale of Star Wars: Rebels, Kanan wielded it against an Inquisitor. During that battle, fans got to see what a blaster/lightsaber combo could really do in a fight. 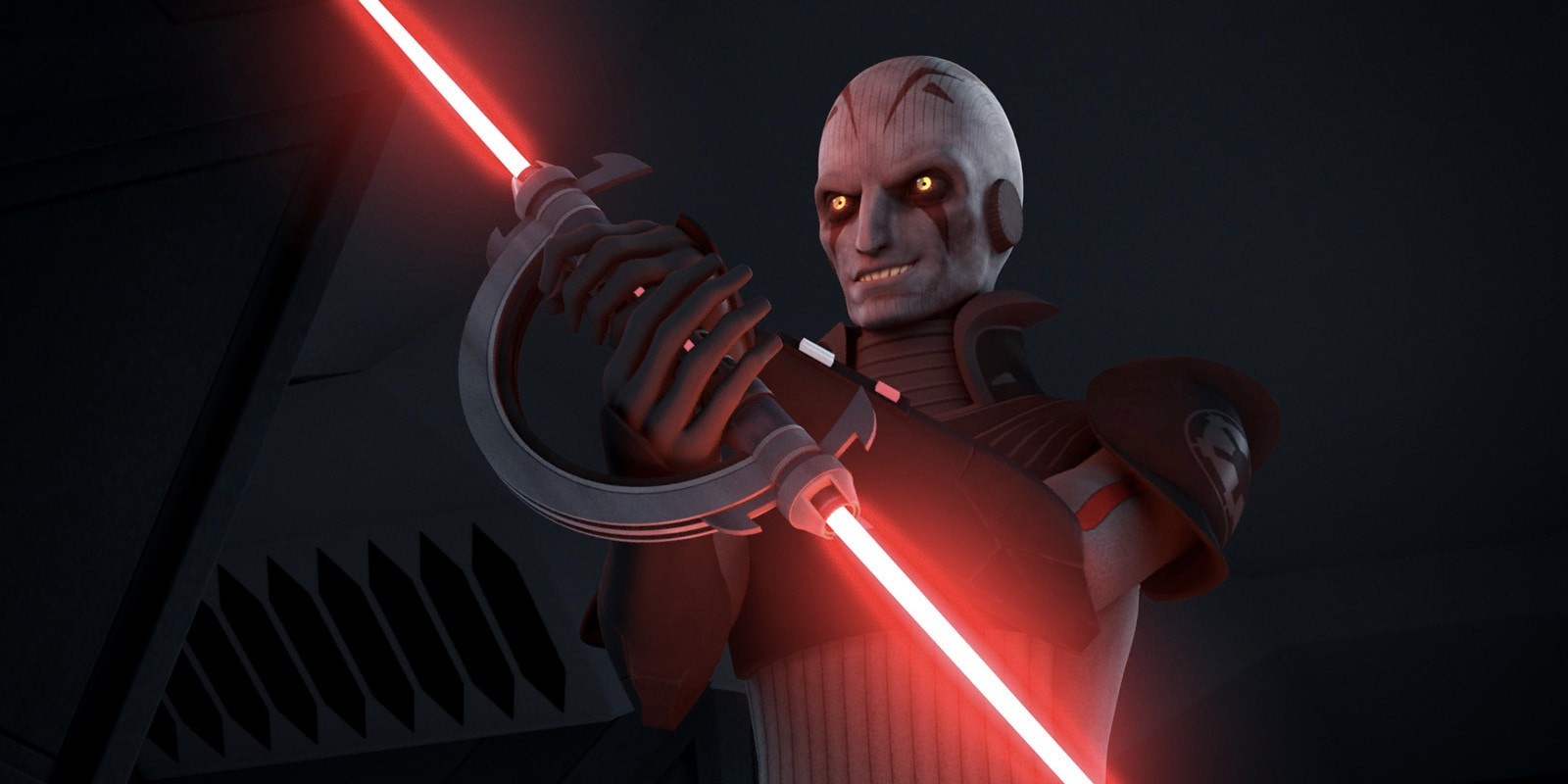 Essentially, it’s a traditional dual lightsaber with a twist – the handle incorporates a unique spinning mechanism. The intimidation factor alone was worth it, but Inquisitors also used the lightsaber in a variety of creative ways, right up to gliding across short distances. The saber recently made its live-action debut in Star Wars: Obi-Wan Kenobi.