A follow-up to Ghostbusters: Afterlife is in the works with Jason Reitman returning and it has a very important twist that is a huge callback to the first two films, and even Paul Feig’s attempt in 2016.

Sony sees the potential after Afterlife’s box office performance and Reitman shared his hope at San Diego Comic-Con 2021 that the table would be set for new movies.

That hope has some traction as a sequel was announced on June 8th (“Ghostbusters Day”), the anniversary of the original’s release in 1984.

In a tweet, from the official Ghostbusters account, it was written by Reitman and screenwriter Gil Kenan, “We’re writing another movie. Tonight, we’re going to share the code name for the next chapter in the Spengler family story.”

A clue for the code name appeared in the post-credit scene of Afterlife when the returning Winston Zeddimore dropped the Ecto-1 off at a renovated fire station in New York, the old team’s HQ.

Reitman and Kenan revealed in a follow-up post this hints at the code name for the next Ghostbusters, which he says is Firehouse, and where the story picks up.

“The last time we saw Ecto-1, it was driving back into Manhattan: the home of Ghostbusters. That’s where our story begins. The codename is Firehouse,” they said. 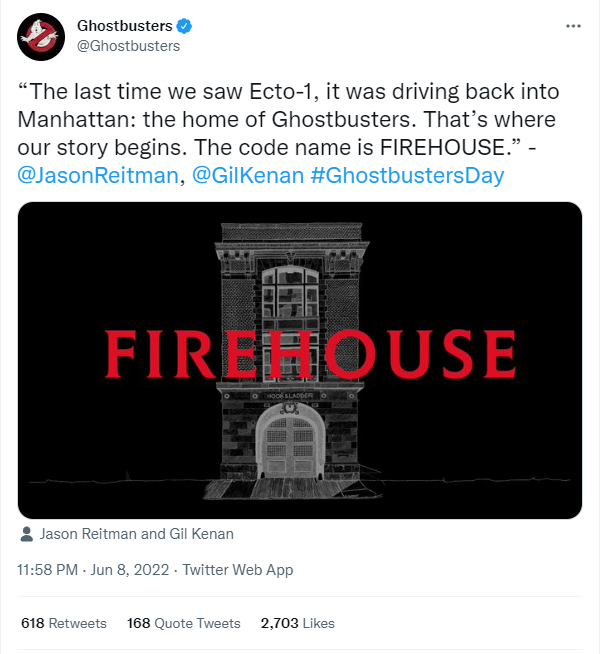 RELATED: Ghostbusters 2016 Director Paul Feig Wonders Why His Film Was Not Included In Ghostbusters Ultimate Collection

The paranormal activity won’t end there. The franchise is expanding with new ventures into the animated realm including a new series on Netflix and an animated film from the makers of Metalocalypse and Hotel Transylvania: Transformania, Chris Prynoski and Jennifer Kluska.

Prynoski shared the news and his excitement on Twitter along with a photo of him and Kluska toasting with Ecto Cooler in front of the Ecto-1.

“As a lifelong #Ghostbusters fan, my brain has exploded,” he wrote. “I’m honored that Jason Reitman and Gil Kenan have entrusted Jenn and me to direct this animated feature! Excuse me while I pick my brains up off the floor now so we can go make this movie.” 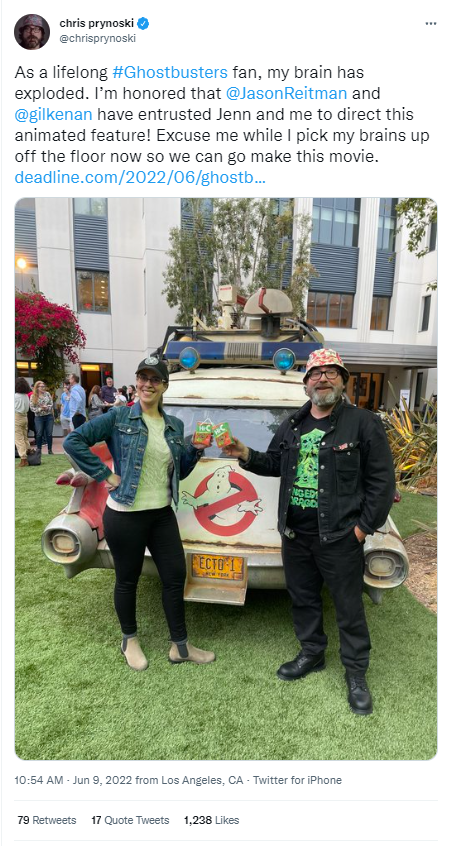 And “an in-canon limited edition series” from Dark Horse Comics is slated for release at the end of the year. 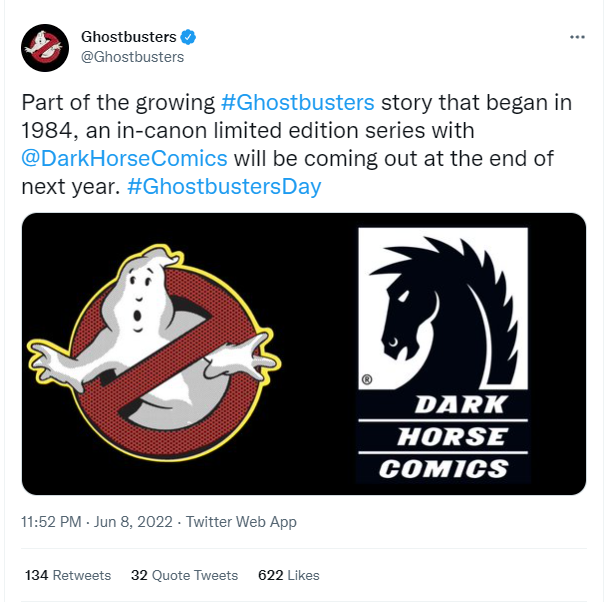 Are you looking forward to more Ghostbusters?

NEXT: Ghostbusters: Afterlife Review: There Is Life After Death For This Series