An internal and external investigation of Activision Blizzard have concluded that, despite the numerous allegations leveled against them, there was no widespread harassment or discrimination within the company. 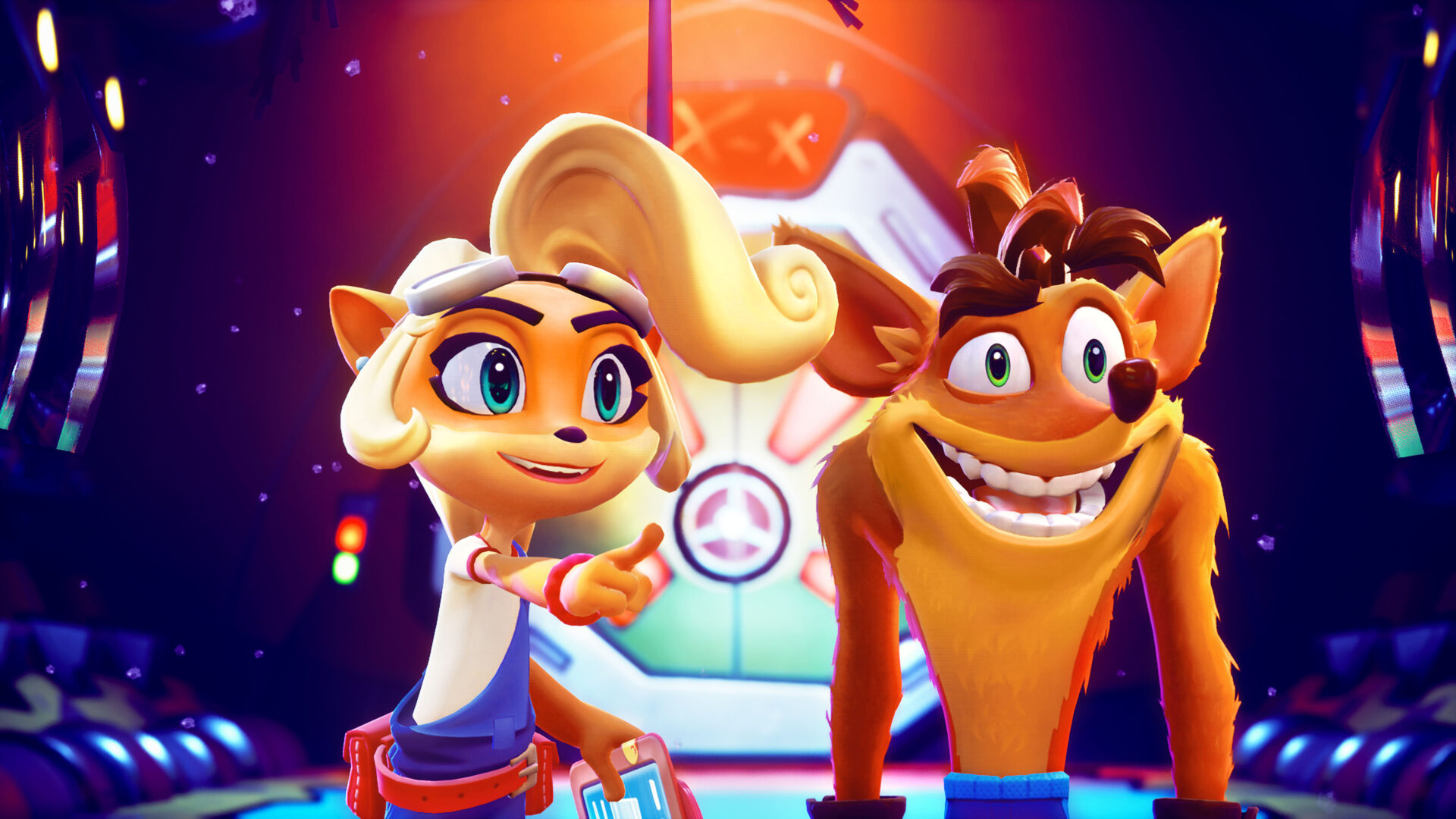 Activision Blizzard announced these conclusions on June 16th across two separate documents filed with theU.S. Securities and Exchange Commission – both containing the exact same report but individually required for two separate areas of clerical record keeping – wherein they detailed the efforts they had taken to conduct a “review of workplace issues”. 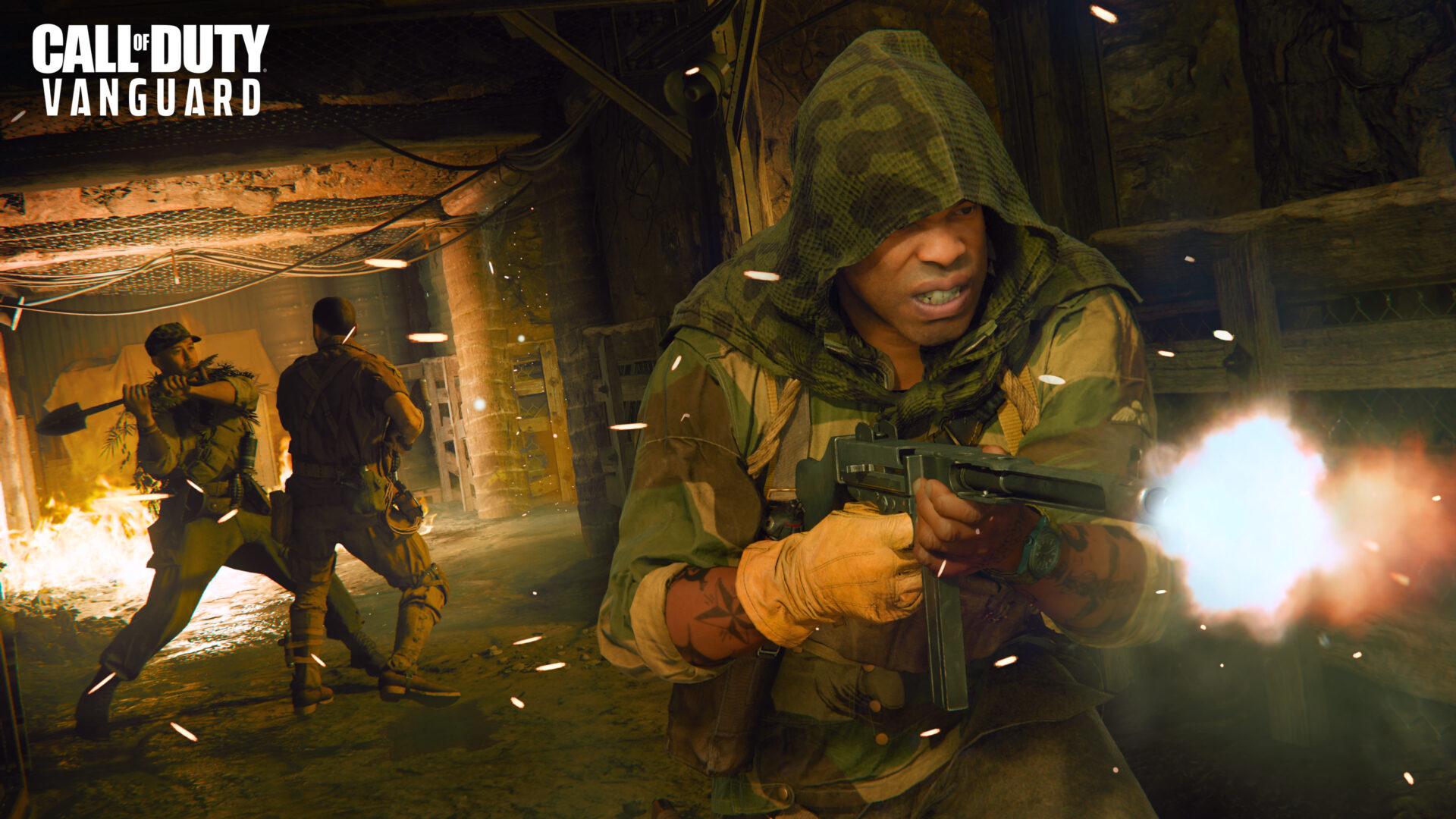 “The allegations in media and legal filings about our company were as distressing to us as they were to all of you,” opened Activision Blizzard. “The Board resolved that we would dig into these issues directly, go where the facts took us, and that our work would be supplemented and informed by independent investigation and analysis conducted with the assistance of well respected, experienced outside experts with deep subject matter expertise.”

“Building and fostering an inclusive and welcoming workplace is an ongoing journey that must be top of mind for each of us every day,” they continued. “Each of us has a duty to bring our best selves to work and to create an environment where our colleagues feel respected, appreciated and inspired.” 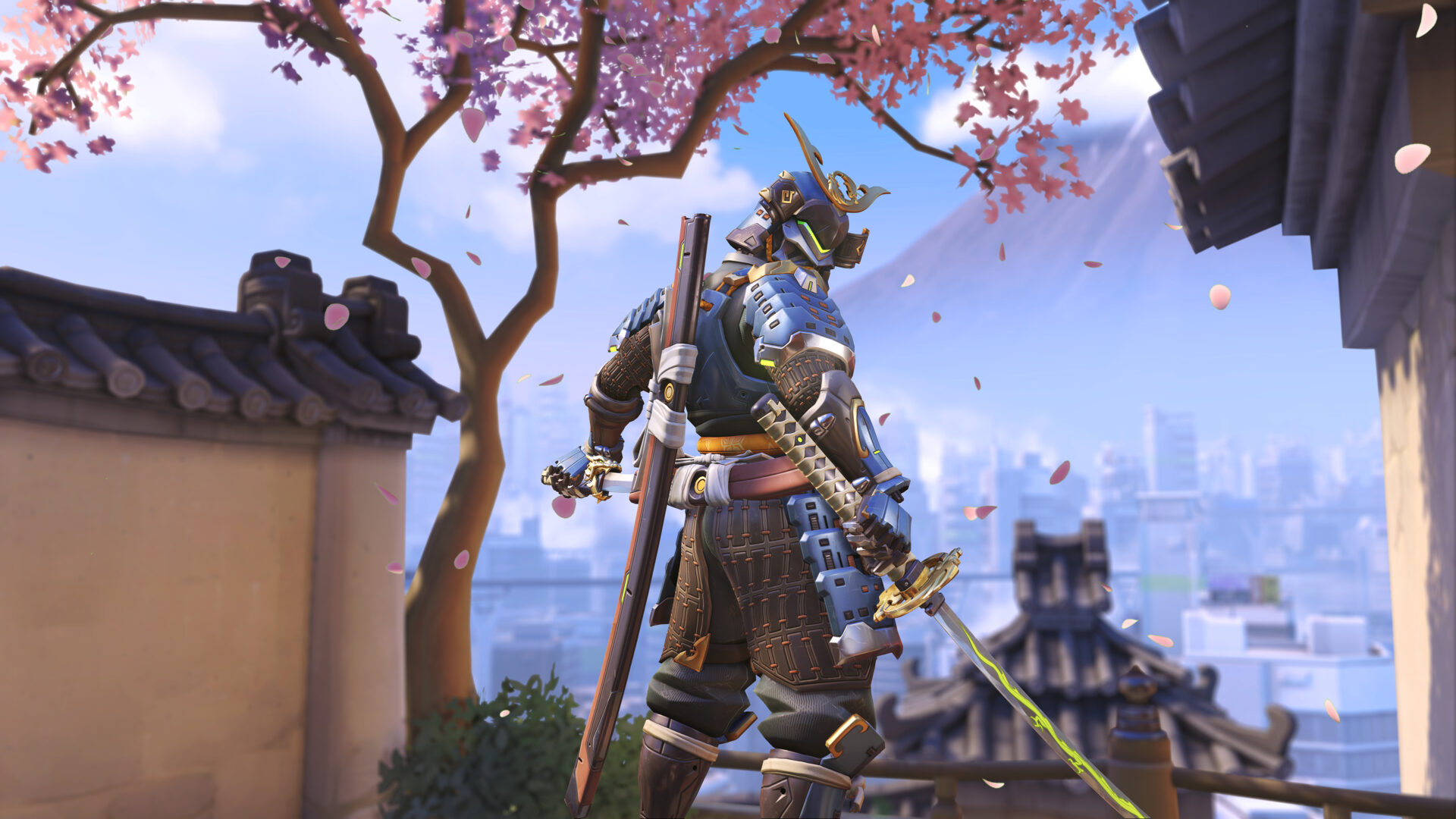 “What we have come to realize over the past several months is that there are many truths about our company – individual and collective, experiential and data-driven – and sometimes they can be difficult to reconcile,” The company then admitted. “For any individual who ever experienced inappropriate workplace conduct, best-in-class policies and data showing progress provide little comfort. Indeed, a single instance of someone feeling diminished at Activision Blizzard is one too many.”

“Over the past several years, Activision Blizzard has taken progressively stronger, more decisive and coordinated steps to reinforce a culture across the Company and individual business units that reflects the diversity of the audiences we serve, the communities in which we live and operate with a commitment to professional, respectful conduct,” the developer attempted to reassure investors. “Where necessary, we changed leadership, centralized capabilities, added new tools and personnel all with the goal of evolving and improving our workplace to attract and retain talent in an increasingly competitive environment.”

To this end, Activision Blizzard conceded, “While we made meaningful progress, like many large companies there was more we could have accomplished.”

“Since 2018, when we began engaging in good faith with both the federal Equal Employment Opportunity Commission (“EEOC”) and the California Department of Fair Employment and Housing (“DFEH”), in the case of the former with respect to workplace issues, and the latter, related to pay equity—as were their respective agreed responsibilities —we have made significant progress,” they recalled. “The Company engaged a wide-ranging team of advisors to assist in this effort, from law firms to experts in workplace issues.” 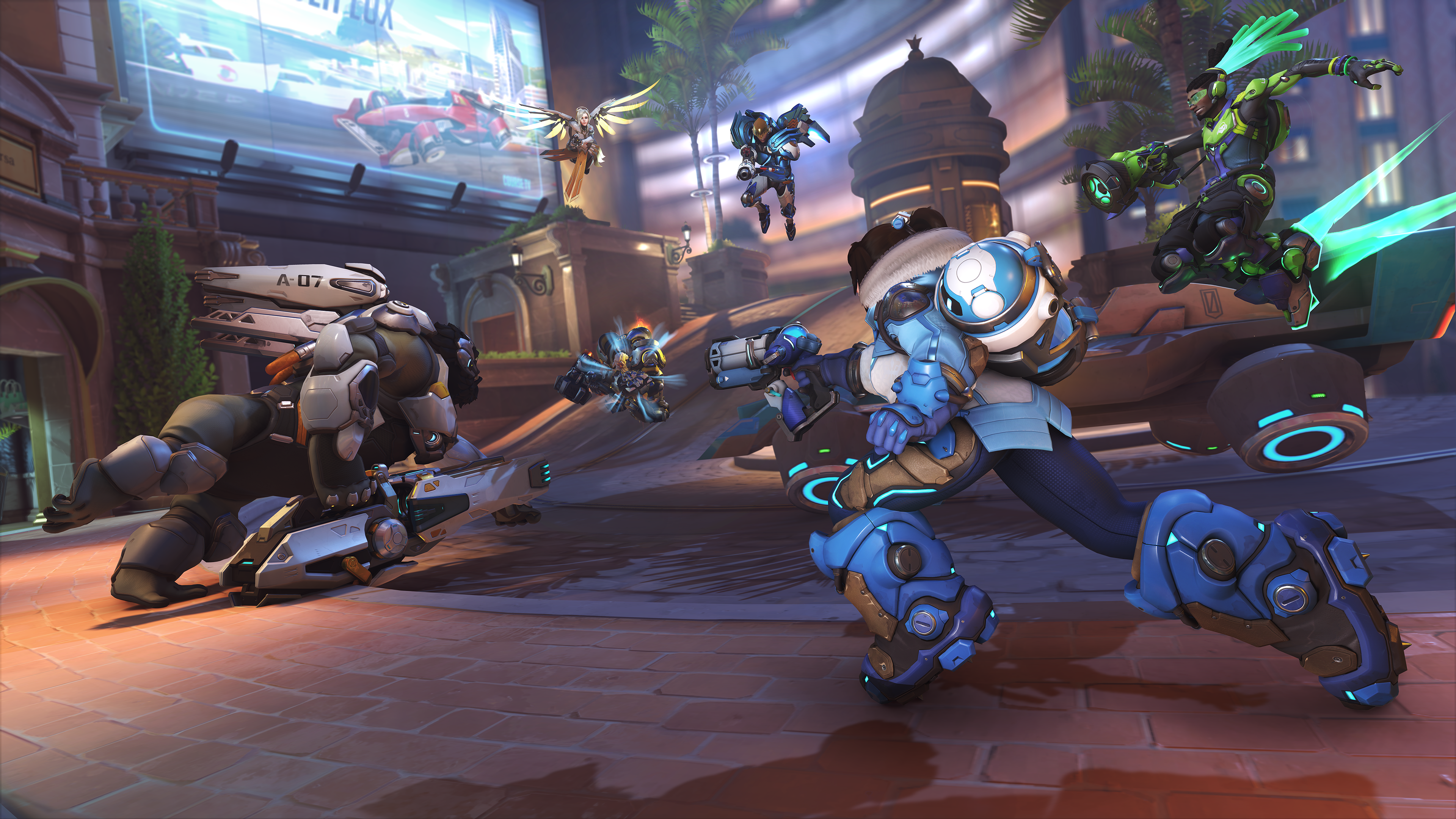 The company further asserted, “at the Board level, we have also undertaken an ongoing, thorough review to ensure that we made our own determinations, with the assistance of external advisors.”

“These advisors have been tasked with conducting their own objective review of past incidents as well as identifying areas for further improvement,” said Activision Blizzard. “This has been a comprehensive review of not only individual instances of harassment but also a review of our policies and procedures throughout the Company.”

Of this work, they explained, “The Board and its external advisors have diligently reviewed allegations by the DFEH and the media [by] reviewing source documents (including contemporaneous notes from interviews with current and former Activision Blizzard employees, correspondence, and email communications), and conducting additional interviews of current and former Activision Blizzard employees.” 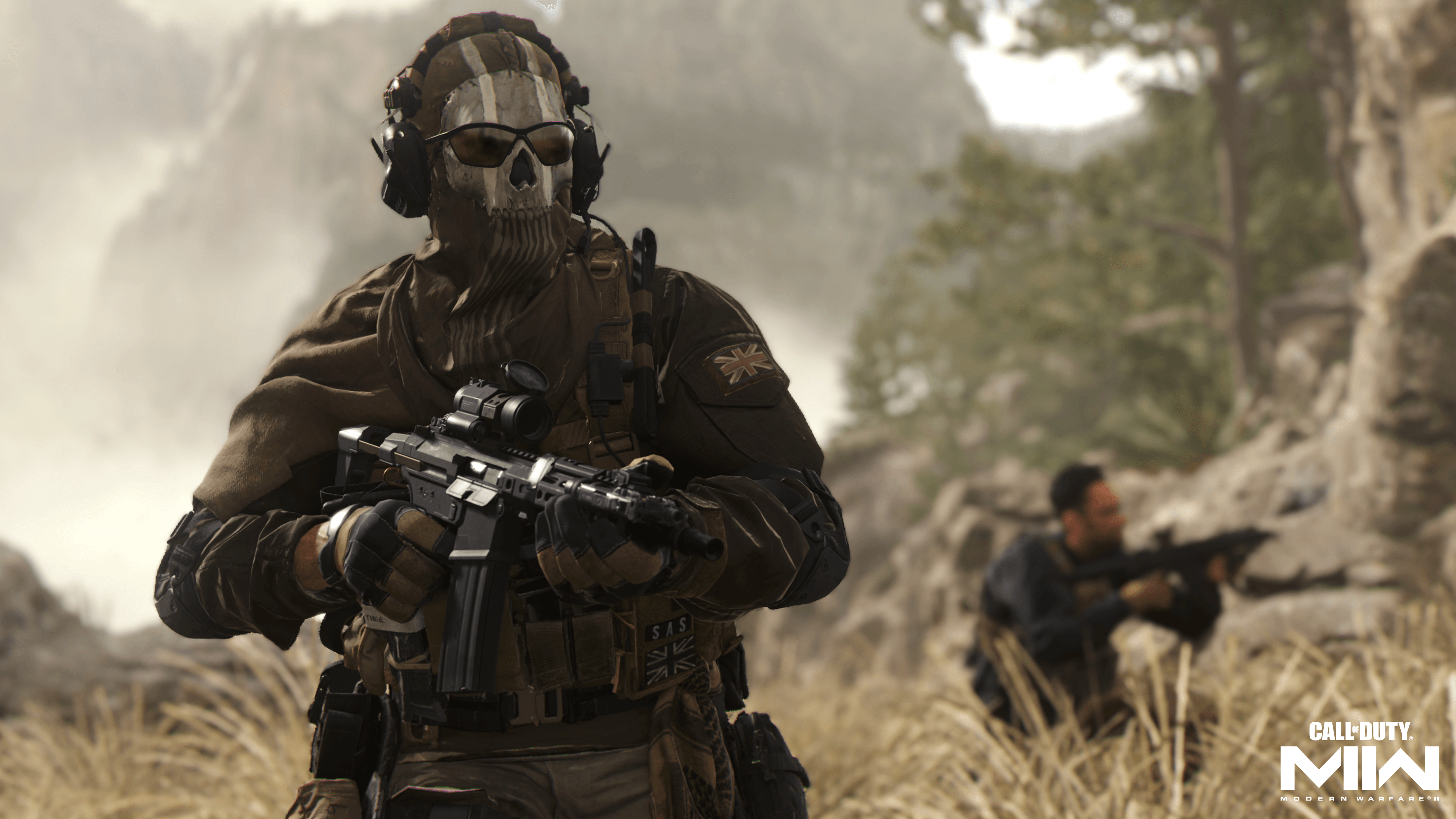 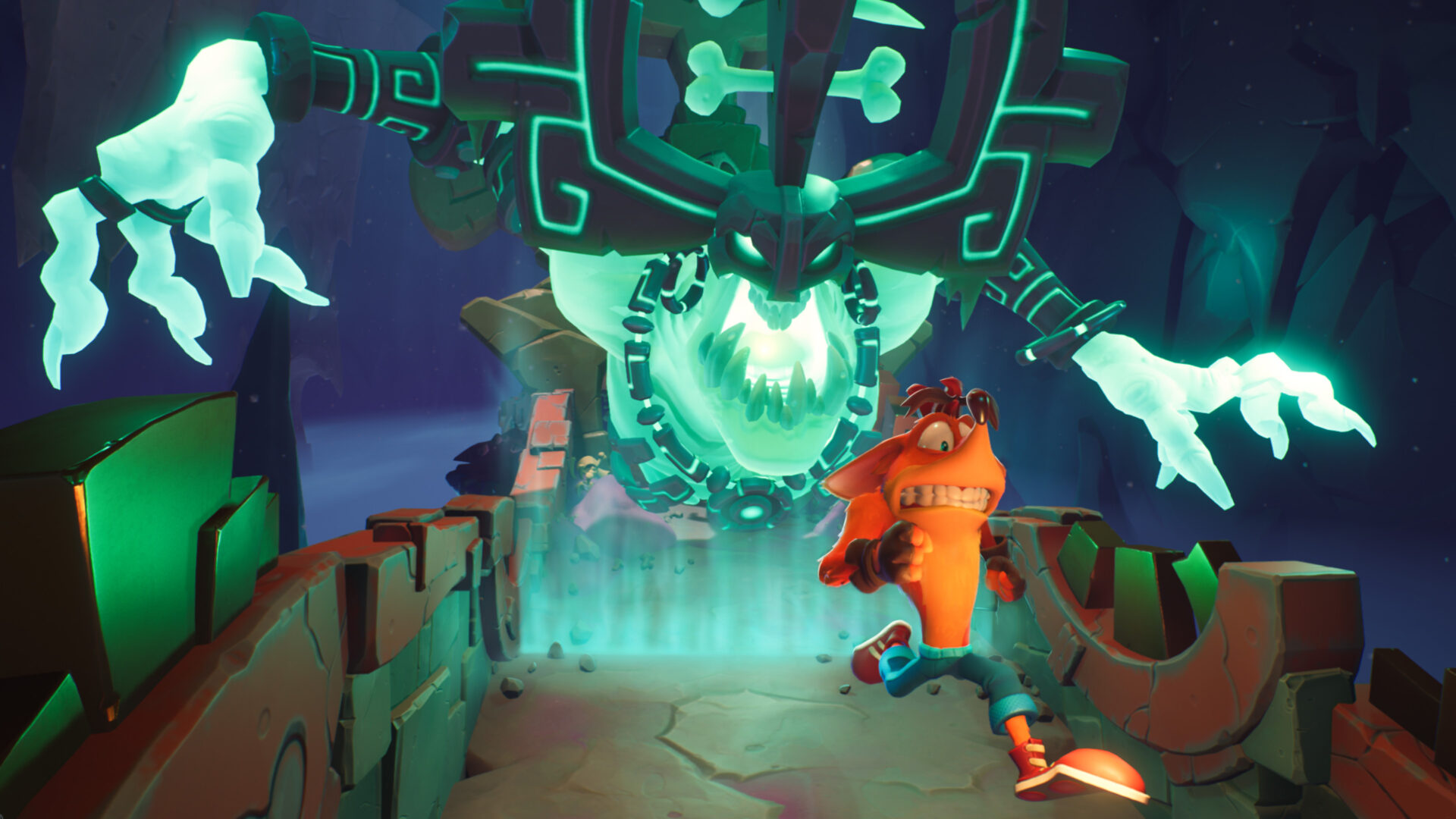 They further announced that a “review of contemporaneous documentation and statements by relevant individuals shows that media criticism of the Board and Activision Blizzard senior executives as insensitive to workplace matters is without merit.”

“Activision Blizzard senior executives responded in a timely manner and with integrity and resolve to improve the workplace,” claimed Activision Blizzard. “While there are some substantiated instances of gender harassment, those unfortunate circumstances do not support the conclusion that Activision senior leadership or the Board were aware of and tolerated gender harassment or that there was ever a systemic issue with harassment, discrimination or retaliation.”

Activision Blizzard next informed investors that, in an effort to bolster the validity of their findings, they had invited former U.S. Equal Employment Opportunity Commission Chair Gilbert Casellas “to conduct a review of data from collected investigated reports of gender harassment from across the United States between September 1, 2016 and December 31, 2021.”

“Based on his review,” reported the company, “Mr. Casellas concluded that there was no widespread harassment, pattern or practice of harassment, or systemic harassment at Activision Blizzard or at any of its business units during that timeframe.”

They additionally noted that Casellas had also “concluded that, based on the volume of reports, the amount of misconduct reflected is comparatively low for a company the size of Activision Blizzard.”

Alongside these findings, Activision Blizzard informed investors that, “under the close supervision of the Board,” the company has “implemented a series of comprehensive reforms and improvements across the Company in furtherance of our commitment to elevate the Company to best practices for compliance and pay equity in the workplace.”

These moves have reportedly included combining “the investigations groups into one centralized Ethics & Compliance team, which is separate from business units and other groups like Human Resources or Employee Relations,” as well as broadening “the Employee Relations Team to align the results of investigations with recommended actions and communication back to affected employees.” 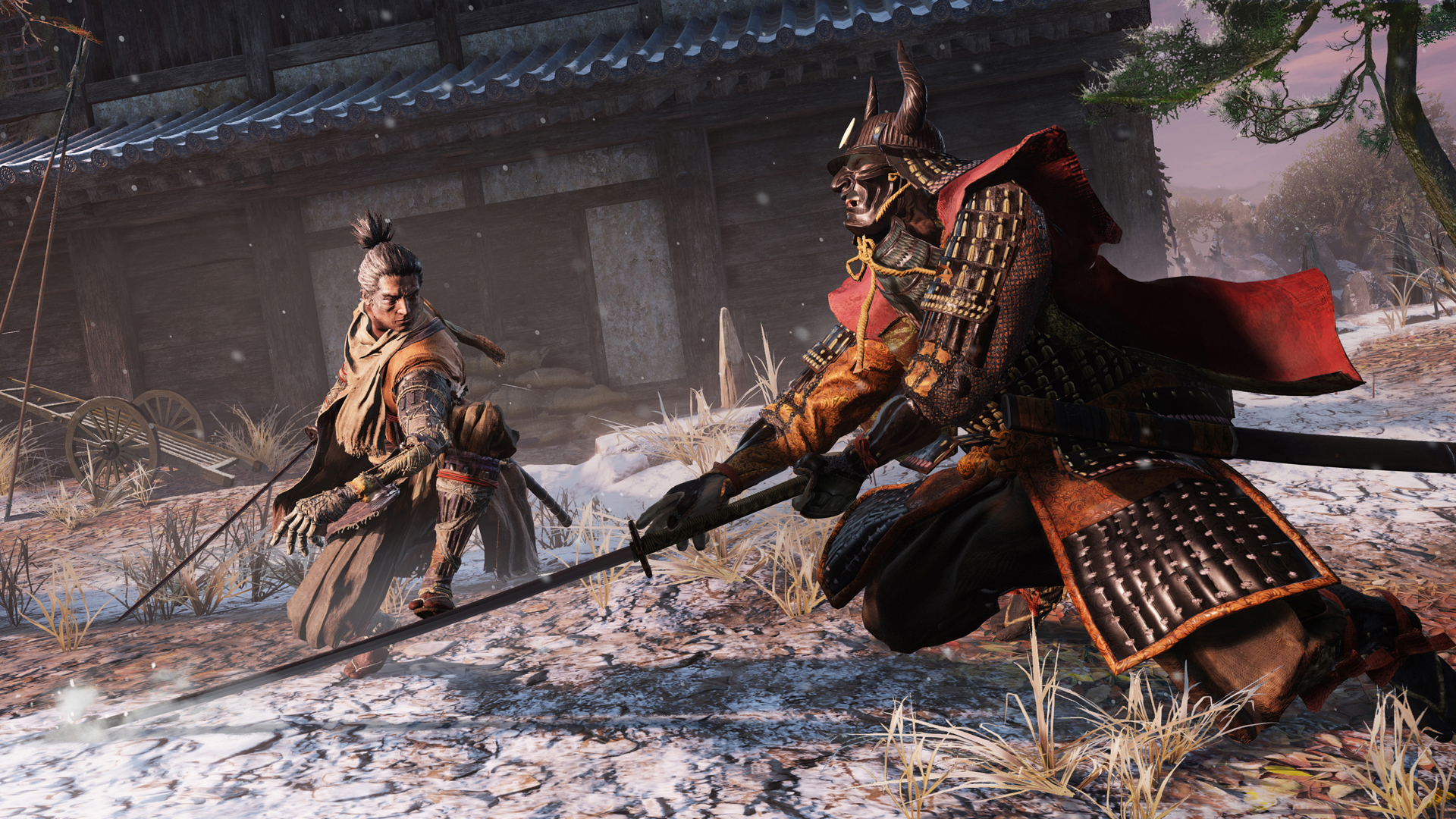 The company also noted that they had “quadrupled the size of Activision Blizzard’s Ethics & Compliance team since July 2021,” “tripled investment in anti-harassment and anti-discrimination training resources,” “announced the launch of a new Company-wide zero-tolerance harassment policy,” and “implemented new policies, including a global drug and alcohol policy for Company-sponsored events and zero tolerance for alcohol consumption in the workplace.”

Activision Blizzard also highlighted their various changes regarding personnel, which included dedicating further resources to ‘Diversity, Equity, & Inclusion’ initiatives and the hirings of new Chief People Officer Julie Hodges and Chief Diversity, Equity and Inclusion Officer Kristen Hines, the latter of whom is taksed with bringing “diverse and inclusive perspectives” to various elements of the company’s game designs, including “storylines, character development, gameplay and community interaction”. 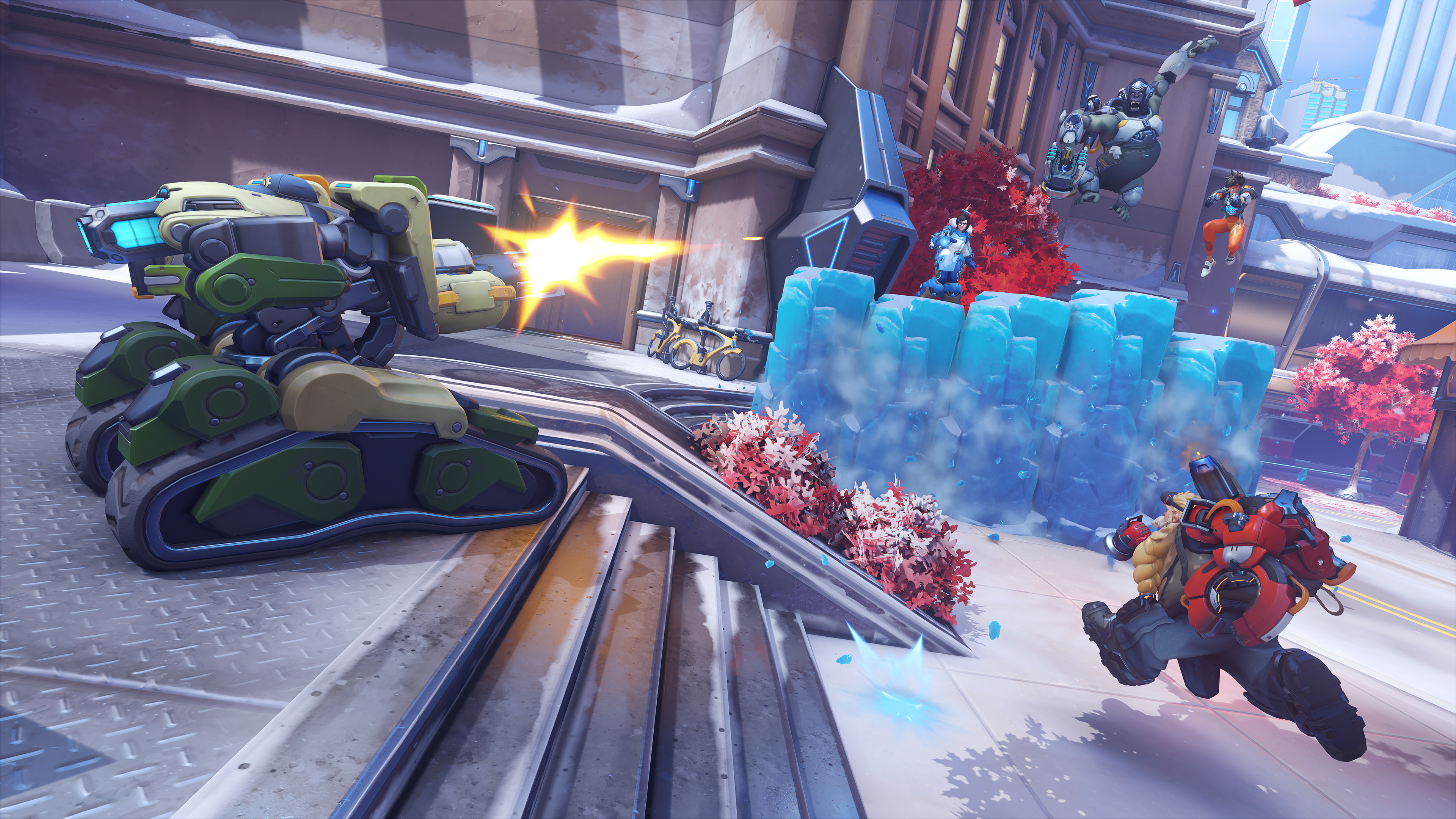 “We recognize none of these improvements can change the past for those who experienced inappropriate workplace conduct,” Activision Blizzard confessed as their statement drew to a close. “Over the years the Company has appropriately disciplined and exited employees to ensure that our practices match our policies.”

“There simply is no room at Activision Blizzard for anyone who does not practice our corporate value of providing a safe, inclusive and welcoming workplace that serves as a model for our industry.” 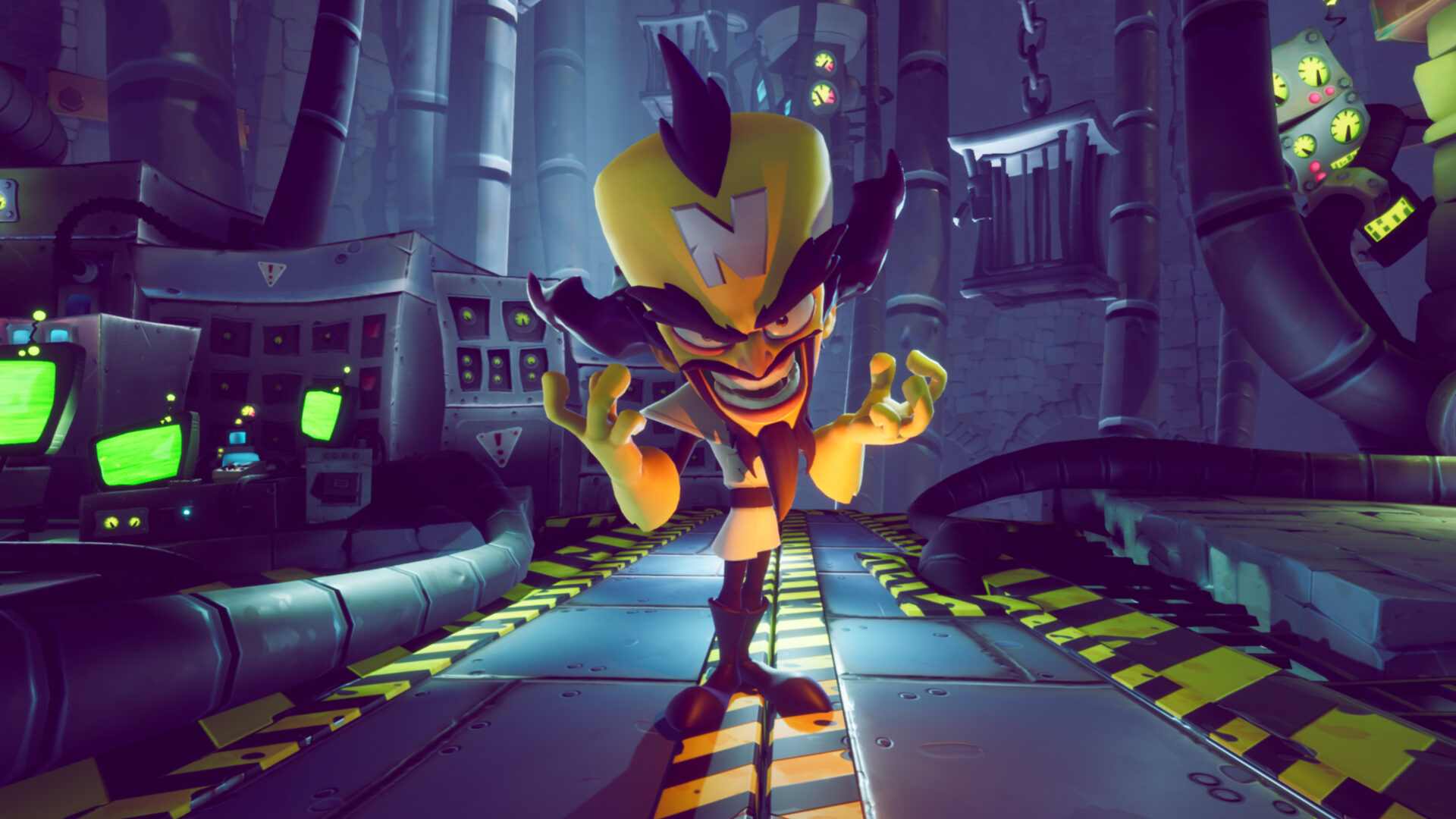 Following a quick note that the company’s previously established $18 million EEOC settlement fund was available for affected employees, Activision Blizzard took a moment to direct their attentions to what they described as “an unrelenting barrage of media criticism that attempts to paint the entire Company (and many innocent employees) with the stain of a very small portion of our employee population who engaged in bad behavior and were disciplined for it.”

“Much of this originated with the highly inflammatory, made-for-press allegations of the DFEH. As our outside advisors made clear, the DFEH was not assigned to investigate harassment in its agreement with the EEOC, nor did it in fact complete an investigation into issues of harassment at Activision Blizzard,” they wrote. “There has also been no court finding, verdict, or ruling concluding the DFEH allegations to be true.”

“In fact, the DFEH’s efforts to interfere with the EEOC settlement, which was determined to be fair and reasonable by a federal court, have been denied six times,” the company concluded.

Interestingly, the release of these controversial innocence-proving findings coincided with Blizzard Entertainment’s Overwatch 2 reveal event, given that many of Blizzard’s ‘big’ announcements in recent years have likewise debuted alongside news that reflected poorly on the company.

For example, Overwatch 2 was leaked and announced several weeks after the Hearthstone/Free Hong Kong/Blitzchung controversy, and the Crash Bandicoot – Crashiversary Bundle was officially on the same day that the DFEH’s initial sexual harassment and discrimination lawsuit against Activision Blizzard became public knowledge. 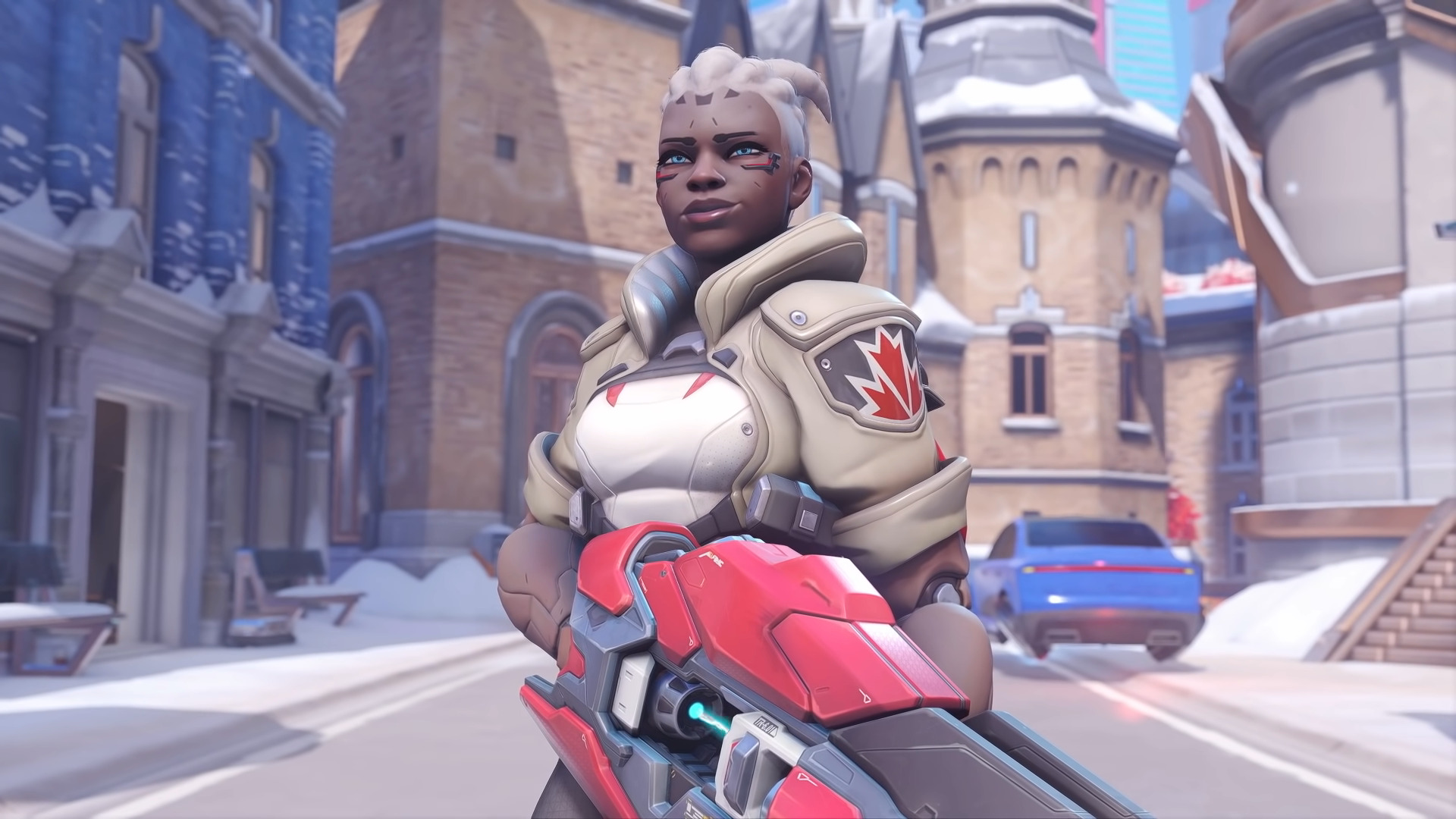 What do you make of Activision Blizzard’s findings? Let us know on social media and in the comments below.