In the rush for answers and information following the sudden assassination of former Japanese prime minister Shinzo Abe, both a French politician and a Greek news outlet have misidentified famed Metal Gear Solid and Death Straning creator Hideo Kojima as the suspected perpetrator of the attacks. 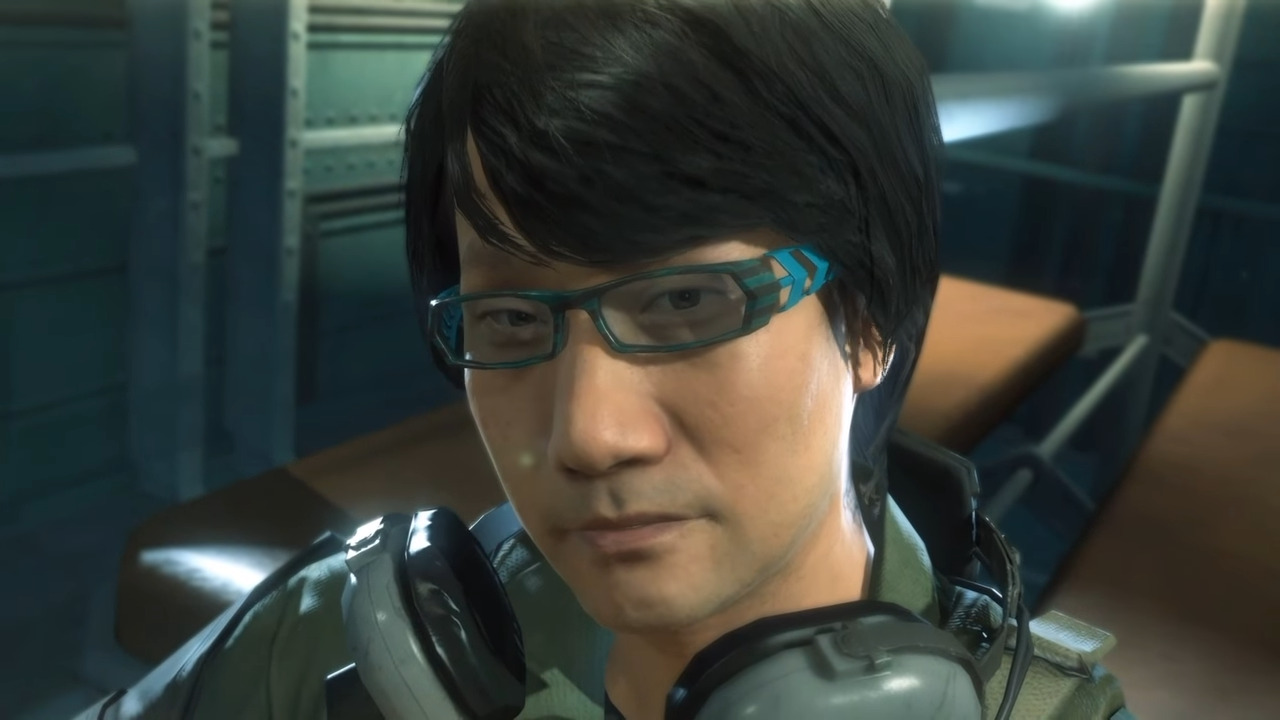 Abe, who served as the East Asian country’s prime minister from 2012 to 2020, was killed on the afternoon of July 8th while giving a speech in support of Kei Satō’s reelection campaign.

Addressing a crowd outside of a Nara city train station, Abe was shot at twice from behind by a lone gunman using a homemade firearm, the first shot missing and the second causing substantial damage to both his heart and an artery in his neck.

As security rushed to subdue the assassin, Abe collapsed to the ground, and was quickly airlifted to a nearby hospital.

However, according to reports, by the time he was escorted away from the scene of the attack, Abe’s heart had already stopped and he was no longer breathing.

Here are stills of the attacker being apprehended. pic.twitter.com/MFvunBC1qc

As such, though doctors did their best to revive him, Abe was officially pronounced dead shortly after his arrival at the hospital.

In the aftermath of the attack, Nara prefectural police identified the suspected assassin as 41-year old Testuya Yamagami, a former member of Japan’s Navy, the Japan Maritime Self-Defense Force.

[UPDATE] Another multi-barrelled firearms confiscated from the Tetsuya Yamagami house. Looks like this one have a 9 barrel stacked together. A rudimentary wooden (?) stock and electrical ignition/trigger. @CalibreObscura@MalcolmNance pic.twitter.com/FEtYa5wLSi

Police currently report that Yamagami’s motives had nothing to do with Abe’s politics, but with unrelated personal complaints, the details of which have not been released at this time.

However, despite this quick identification of Abe’s suspected killer by Japanese authorities, Kojima was still widely misidentified as the attacker by international sources.

Responding to a tweet by French National Assembly member Clémentine Autain in which she observed, “I learn of the death of Shinzo Abe, former Prime Minister of Japan. I strictly did not share any of his political positions, but the crime committed is unforgivable. Thoughts for the Japanese people,” apparent Far-Right French politician Damien Rieu shared three images of Kojima – one of him wearing a classic cossack hat, one of him standing next to an image of Che Guevara while holding a Japanese energy drink in an reference to Metal Gear Solid: Peace Walker, and one of him using a bag with Guevara’s face on it – and declared, “The far-left kills.” 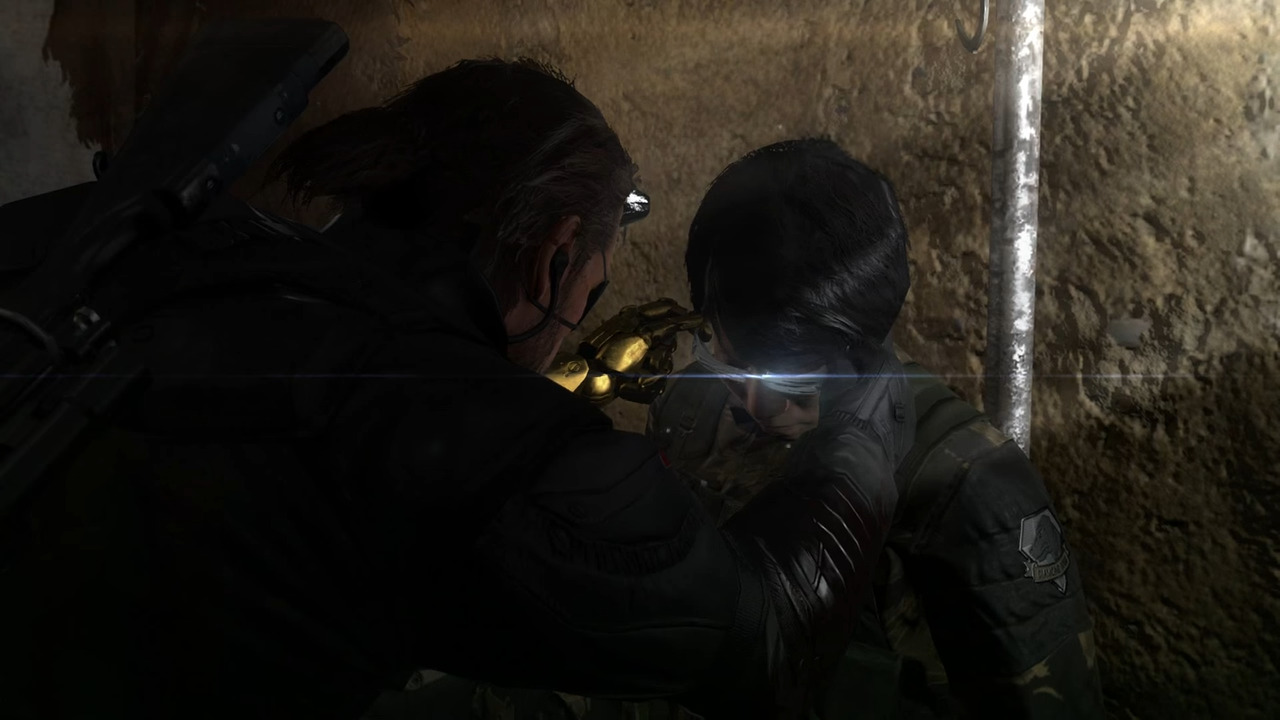 Following Rieu’s quick deletion of the tweet after he discovered his error, Autain replied in turn, “Freewheeling Damien Rieu confuses an assassin with Hideo Kojima, world authority on video games. The extreme right is in full racist delirium.” 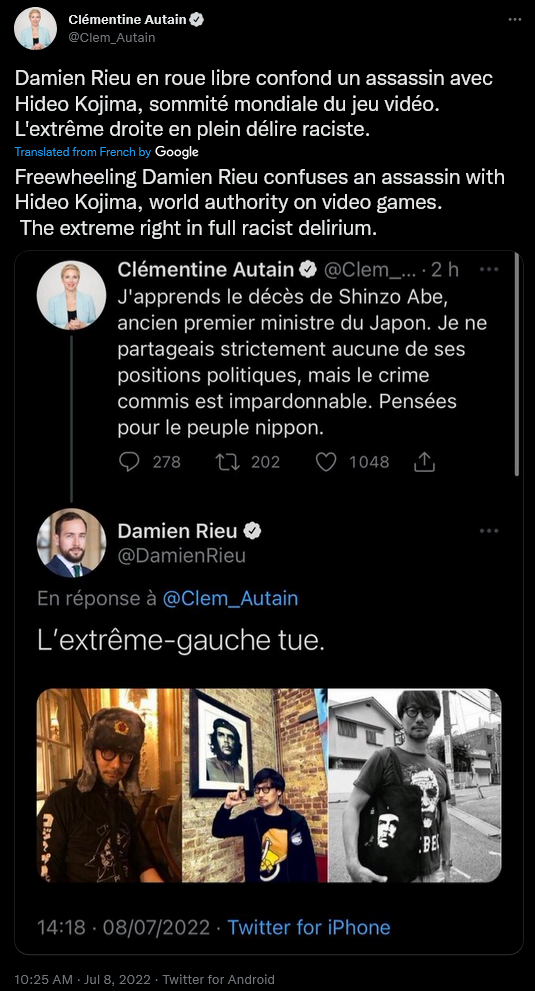 Citing the same pictures as Rieu, and possibly having sourced them from him in the first place, Greek news outlet ANT1, aired an entire segment likewise accusing the esteemed developer of the crime.

As per a translation provided by a Kotaku reader to the video game news outlet, during Kojima’s on-screen appearance, the newscaster can be heard explaining, “Tetsuya has confessed to his actions to the police, admitting that he wanted Abe dead because he was disappointed and upset with him. The police have learned that he [the culprit] had served in the Navy Special Forces and taught a unit in Medical School on Physiotherapy for dementia patients. He was passionate about Che Guevara.”

What do you make of Kojima’s misidentification as Abe’s assassin? Let us know your thoughts on social media or in the comments down below!