The Lord of the Rings: The Rings of Power San Diego Comic-Con presentation in Hall H appears to be an abject disaster as host “Tolkien superfan” Stephen Colbert claimed that Celebrimbor created the One Ring. 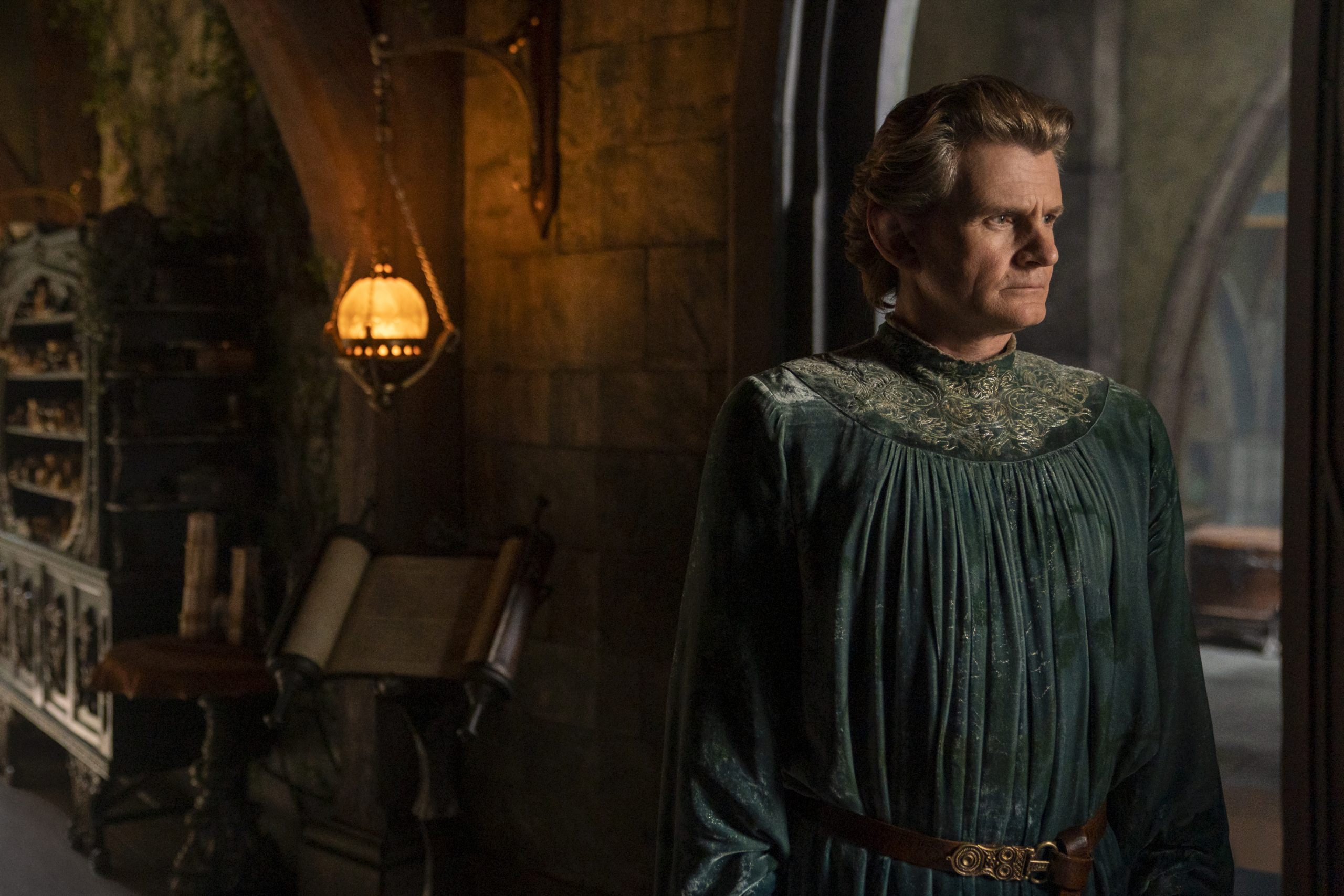 Charles Edwards as Celebrimbor in The Lord of the Rings: The Rings of Power

Total Film was live tweeting the presentation and first detailed that Colbert was attempting to educated the Hall H audience on how to pronounce Elendil. 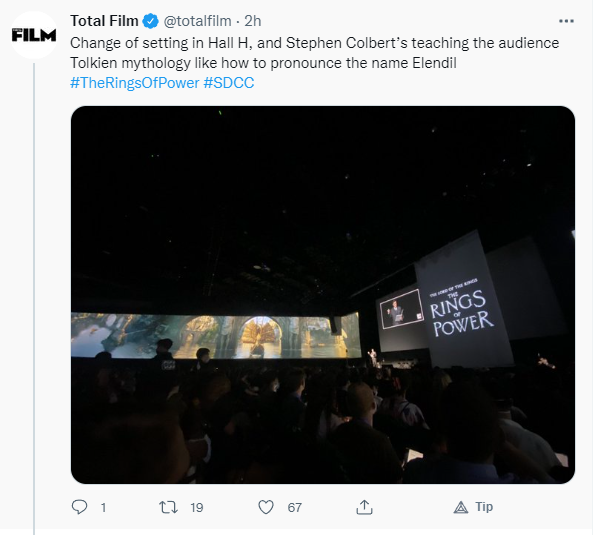 RELATED: The Lord Of The Rings: The Rings Of Power Showrunner Questions How To Make Isildur’s Story Tragic, J.R.R. Tolkien Already Wrote It

From there, the outlet reported that Colbert claimed Celebrimbor created the One Ring. 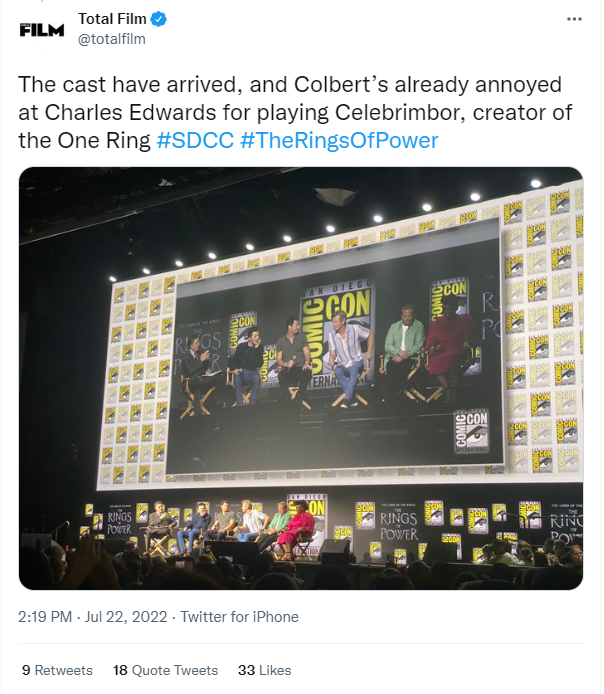 This is not true. Celebrimbor did not create the One Ring. J.R.R. Tolkien wrote in The Fellowship of the Ring, “Then all listened while Elrond in his clear voice spoke of Sauron and the Rings of Power, and their forging in the Second Age of the world long ago. A part of his tale was known to some there, but the full tale to none, and many eyes were turned to Elrond in fear and wonder as he told of the Elven-smiths of Eregion and their friendship with Moria, and their eagerness for knowledge, by which Sauron ensnared them.”

Tolkien continued, “For in that time he was not yet evil to behold, and they received his aid and grew mighty in craft, whereas he learned all their secrets, and betrayed them, and forged secretly in the Mountain of Fire the One Ring to be their master. But Celebrimbor was aware of him, and hid the Three which he had made; and there was war, and the land was laid waste and the gate of Moria was shut.”

The disaster seemingly continued with Edwards claiming that Elves are “inherently unhappy.”

Total Film reported, “Edwards says Elves are inherently unhappy, as written by Tolkien, and his character could be easily manipulated by an exterior source… ”

This is also a complete and utter fabrication. In The Silmarillion, Tolkien wrote, “In the beginning the Elder Children of Ilúvatar were stronger and greater than they have since become; but not more fair, for though the beauty of the Quendi in the days of their youth was beyond all other beauty that Ilúvatar has caused to be, it has not perished, but lives in the West, and sorrow and wisdom have enriched it. And Oromë loved the Quendi, and named them in their own tongue the Eldar, the people of the stars; but that name was after borne only by those who followed him upon the westward road.”

He continued, “Yet many of the Quendi were filled with dread at this coming; and this was the doing of Melkor. For by after-knowledge the wise declare that Melkor, ever watchful, was first aware of the awakening of the Quendi, and sent shadows and evil spirits to spy upon them and waylay them. So it came to pass, some years ere the coming of Oromë, that if any of the Elves strayed far abroad, alone or few together, they would vanish, and never return; and the Quendi said that the Hunter had caught them, and they were afraid.”

Morfydd Clark as Galadriel in Prime Video’s The Lord of the Rings: The Rings of Power

A little later on, Tolkien detailed, “But of those unhappy ones who were ensnared by Melkor little is known of a certainty. For who of the living has descended into the pits of Utumno, or has explored the darkness of the counsels of Melkor? Yet this is held true by the wise of Eressëa, that all those of the Quendi who came into the hands of Melkor, ere Utumno was broken, were put there in prison, and by slow arts of cruelty were corrupted and enslaved; and thus did Melkor breed the hideous race of the Orcs in envy and mockery of the Elves, of whom they were afterwards the bitterest foes.”

Still later Tolkien wrote, “Therefore Oromë was sent again to them, and he chose from among them ambassadors who should go to Valinor and speak for their people; and there were Ingwë, Finwë, and Elwë, who afterwards were kings. And coming they were filled with awe by glory and majesty of the Valar, and desired greatly the light and splendour of the Trees.”

Clearly, Elves are not inherently unhappy.

What do you make of this disaster at Hall H?

NEXT: Rumor: The Lord Of The Rings Scholar Tom Shippey Fired For Telling Prime Video They Were “Polluting The Lore”