The first episode of HBO’s Game of Thrones prequel series House of the Dragon has debuted, just in time to steal a bit of thunder away from the upcoming release of Amazon’s Lord of the Rings: The Rings of Power. The results are a bit of a mixed bag, blending old and new together to create something that feels more like a copycat, rather than a piece of rich GOT lore. 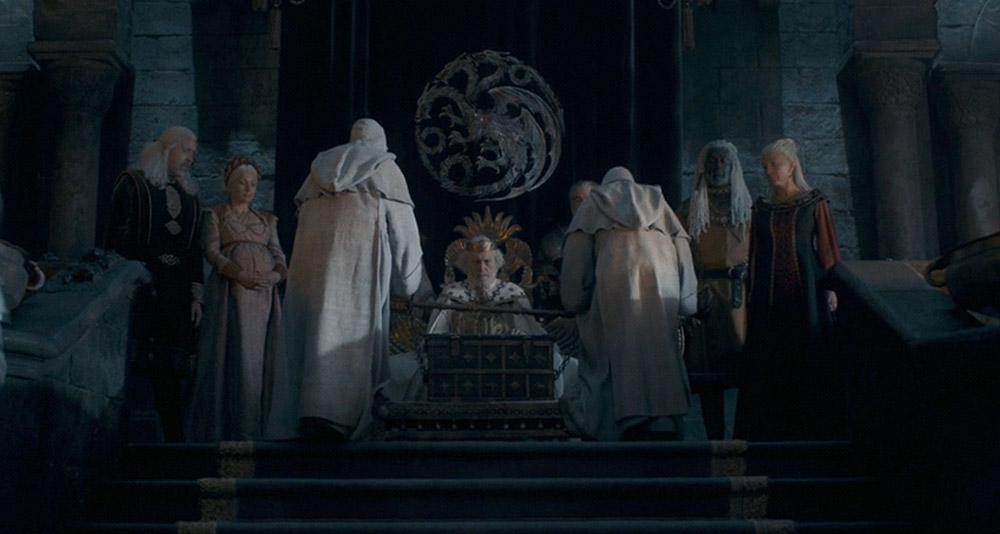 RELATED: George R.R. Martin Says He Has More Influence On ‘House Of The Dragon’ Than Later Seasons Of ‘Game Of Thrones’

The story takes place 172 years before Daenerys Targaryen’s birth, a character who would later lead an epic campaign to re-take the Iron Throne in the midst of the White Walker calamity. The episode opens with a bit of backstory surrounding a Great Council designed to ward off a civil war that would engulf the rest of the kingdoms.

Despite being the grandson of current King Jaehaerys Targaryen, Prince Viserys is named his heir, much to the chagrin of Princess Rhaenys, who is actually the oldest grandchild. Given Rhaenys’ strong political influence and backing by several prominent lords, the stage is set for a testy, yet subtle rivalry that is sure to play out in later episodes. 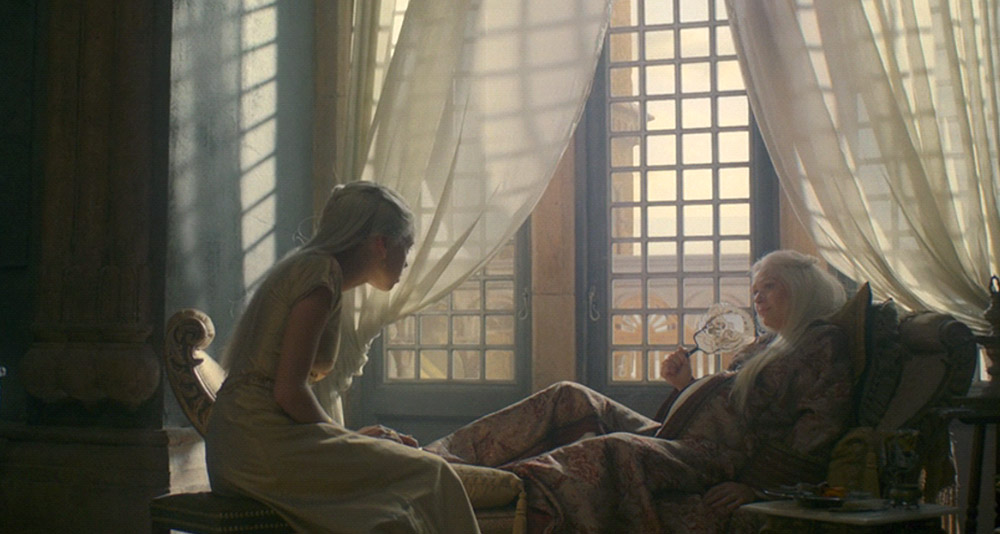 The bulk of the story takes place nine years later, introducing some of the major characters in the show who are quickly moved around like chess pieces to set the table. Queen Aemma is wife to Prince Viserys, and pregnant with his unborn child and expected male heir, despite her suffering several failed pregnancies in the past.

Princess Rhaenyra is young daughter to Viserys, and resentful of her status as a young maiden constantly looked over by her father. She shares a close bond with Lady Alicent, daughter of Ser Otto Hightower, the Hand of the King, who may not be all she appears to be. 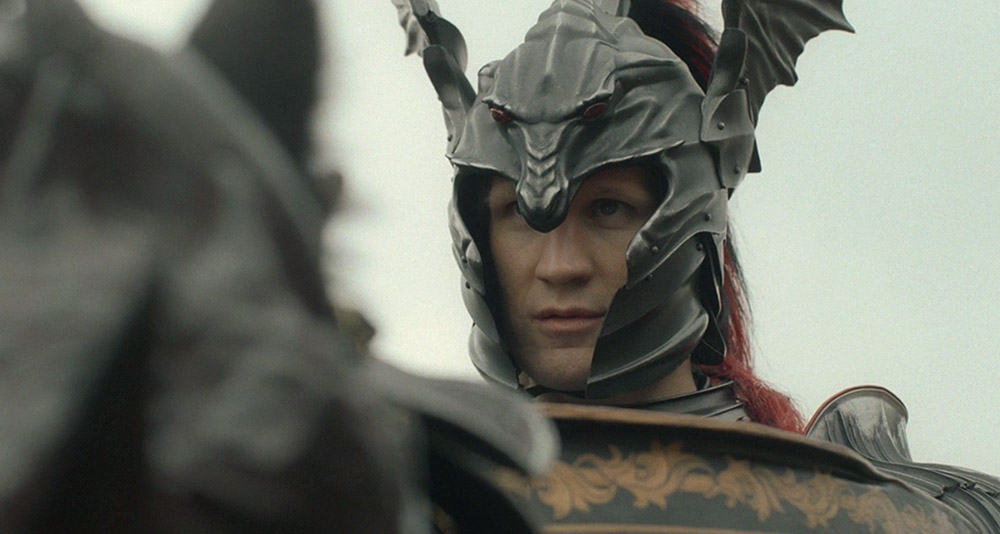 And finally, there’s Prince Daemon Targaryen – played by ex-Doctor Who Matt Smith – the cruel and ambitious brother to Viserys who has eyes on the Iron Throne, and is none-too-keen about being sidelined because of his nature. It’s hard to classify Daemon as a villain so early on, as he appears to believe that he’s acting in the best interests of the Targaryen dynasty. 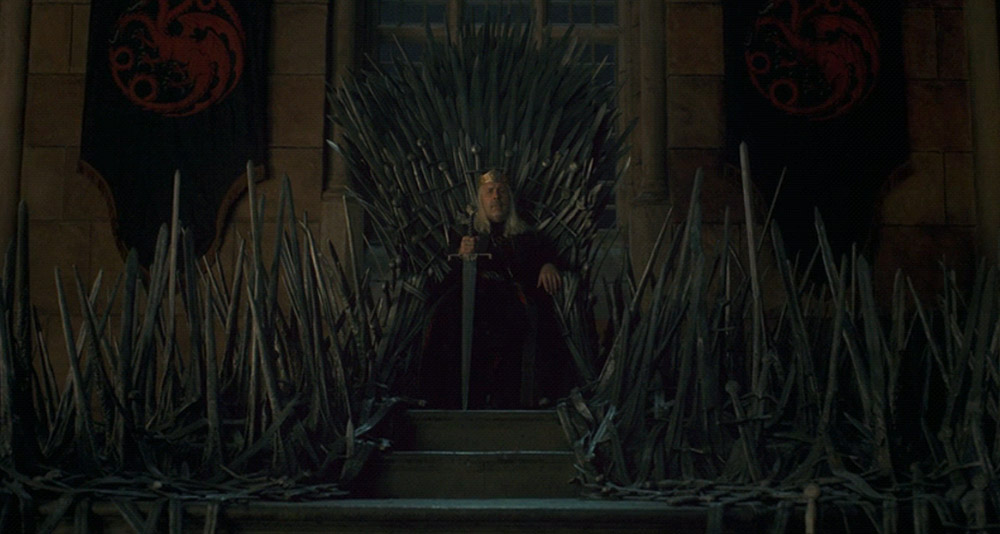 Of course, this is all a prelude to the madness that would later afflict certain Targaryens and drive them to feats of unspeakable cruelty and wanton destruction. It remains to be seen how Daemon behaves in the wake of the episode’s final scene, where King Viserys finally names his heir to the Iron Throne, to the shock and surprise of everyone.

This first episode tries very hard to get back to the aesthetic roots of Game of Thrones in an attempt to link directly to that series, with very little deviation. King’s Landing plays a prominent role as the central setting for the events that unfold, and things look true to form, which helps bridge the two series together. 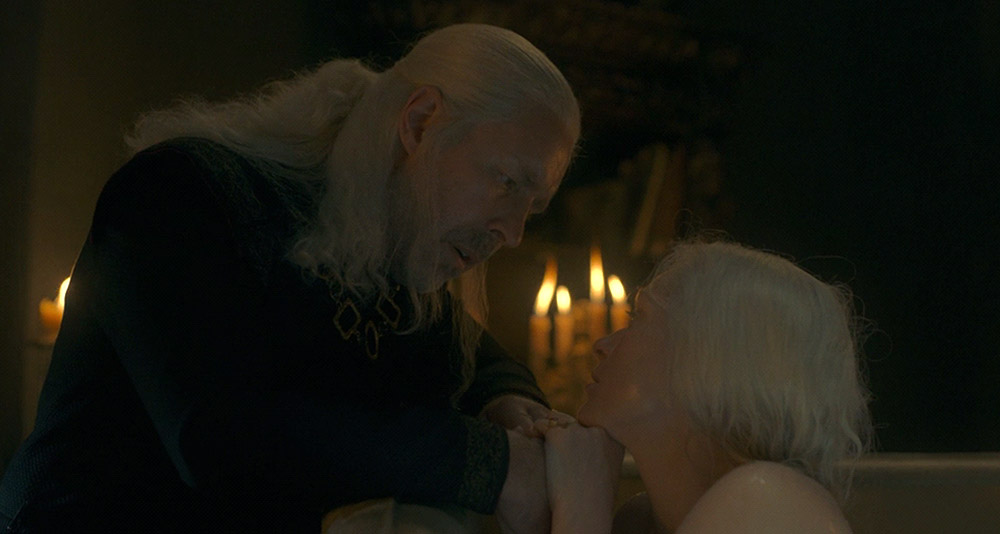 Praise should be heaped on the cast, as well. They clearly love the material, and they represent their characters on screen in a natural and free-flowing way. The standout, of course, is Matt Smith in the role of Daemon Targaryen, a character who will most certainly chew the scenery if given too much creative rope.

Milly Alcock’s portrayal of Princess Rhaenyra is obviously meant as a direct reference to Daenerys Targaryen, though it remains to be seen how alike the two characters are. Rhaenyra starts out resentful, petulant and spoiled, and her newfound role will either exacerbate these qualities, or force her to grow up and follow in her father’s footsteps. 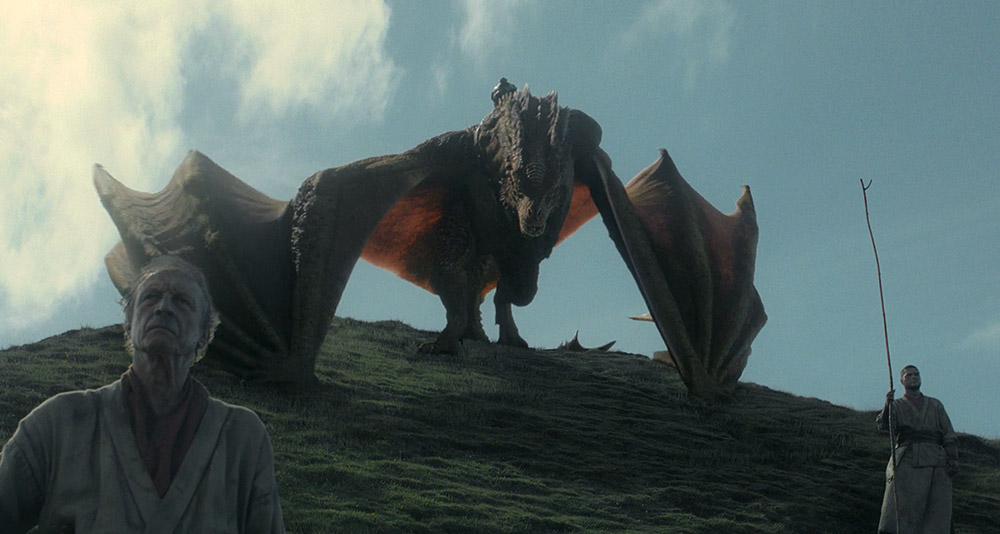 And of course, there are dragons – a staple of Targaryen rule, rather than the near-extinct creatures of fable introduced slowly in Game of Thrones. They will undoubtedly factor into the later story as tools of leverage, power and influence, especially when all hell ends up breaking loose.

The biggest problem with House of the Dragon’s first episode is how desperate it feels in its attempt to link directly to Game of Thrones. Much of this is subtle and hard to pinpoint, but can be felt in every scene, whether it’s sprawling shots of King’s Landing, the legendary Iron Throne, or the strange and canonically dubious Weirwood tree in the Red Keep. 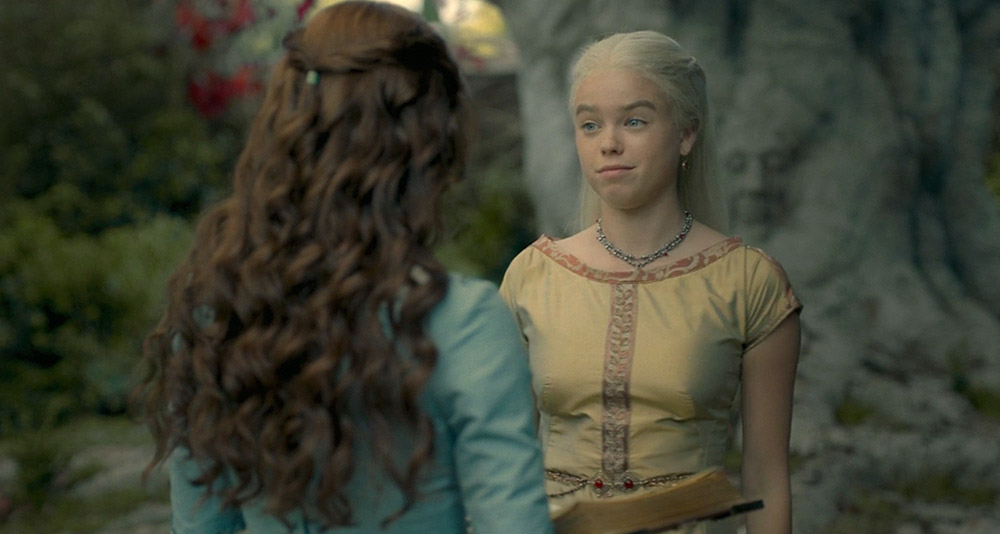 Naturally, a Game of Thrones spinoff wouldn’t shy away from gratuitous graphic violence, vile language and edge-of-the-knife sexual content, and this first episode has it in spades. While these might be considered staples of the franchise, the show risks falling into the same exploitative territory as the first three seasons of GOT, which eventually dialed things back in favor of a focused narrative.

The story itself is rather run-of-the-mill, and plods along at a snail’s pace most of the time, save for a few key scenes that help piece the future narrative together. It would have been better to start the episode off with a more exciting conflict or plot arc, before moving into the humdrum of political bickering at King’s Landing. 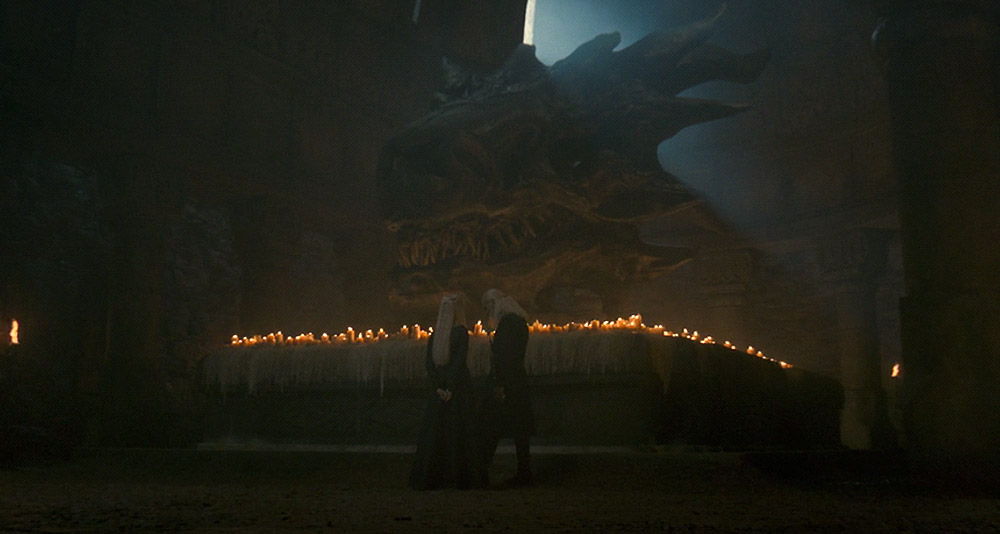 As such, it feels like kind of a missed opportunity to ratchet up the tension taking place in the here and now. Instead, the script feels the need to briefly touch on the prophesied Long Winter and the campaign of the White Walker army. That’s weak tea, given that audiences are already aware that said events will not play out until nearly two centuries later. 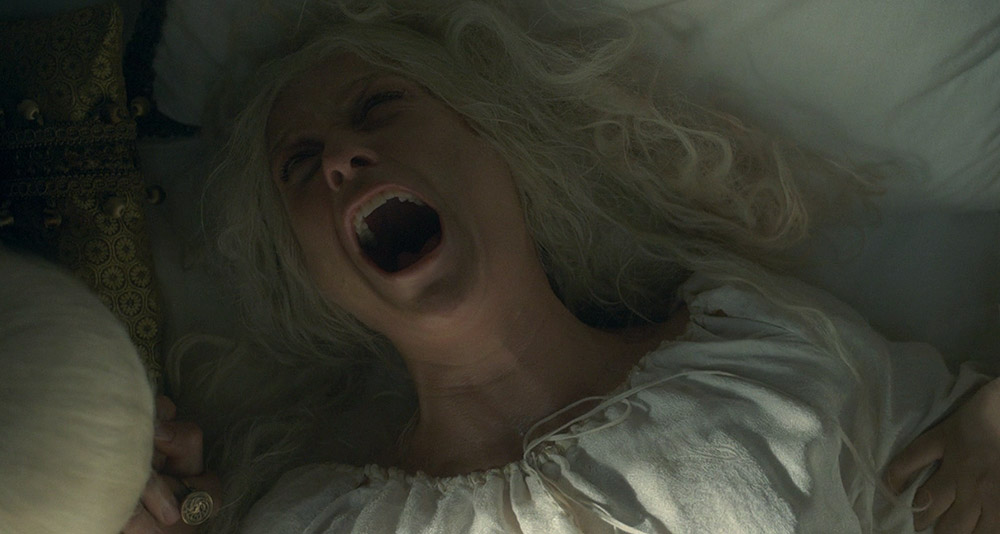 Finally, it would be irresponsible of me not to mention the caesarian section performed on Queen Aemma in the middle of the episode, which is graphic and unsettling, to say the least. Pro-choice zealots pounced on the opportunity to equate the scene to the overturning of Roe v Wade by the Supreme Court, as well as “the patriarchy,” despite the fact that we routinely perform safe and efficient caesarian sections in the modern age, with few troubles. 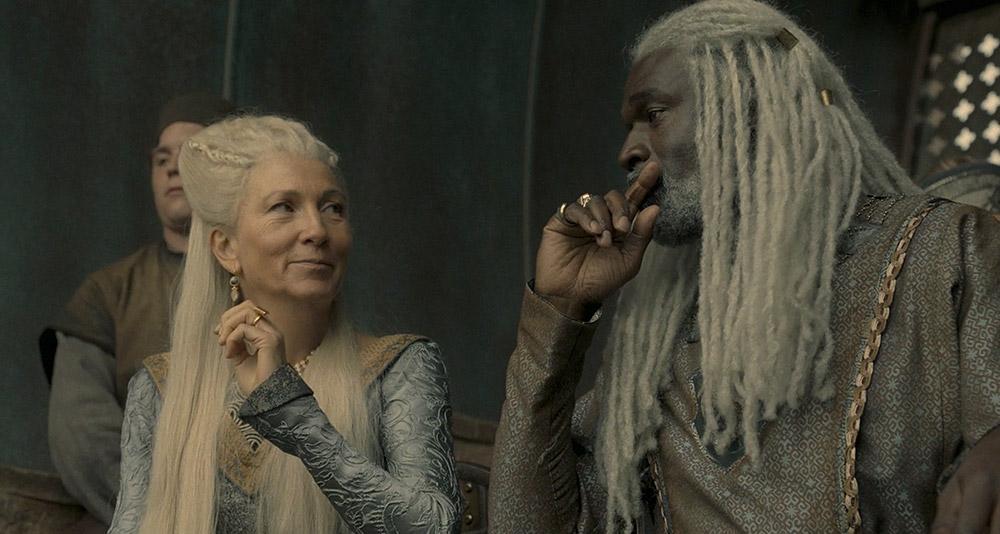 Less subtle are the overt pushes for obsessive Left-wing racial quotas, as opposed to complimenting established, albeit inconclusive source material, and supposed misogyny. The former really isn’t that big of a deal, despite the obvious divisive political agenda, and can simply be chalked up to interpretation of Westeros history.

However, it’s difficult to support the latter when a vast swathe of the women depicted onscreen are engaging in pornographic sex acts. Points for trying, I guess.

I’d love to touch more on this first episode of House of the Dragon, but quite frankly, there isn’t a lot to work with. It will take another episode, or perhaps two to establish more of a foundation when it comes to story, characters and overall scope, but for now, audiences glimpsed a mere microcosm of what’s to come. 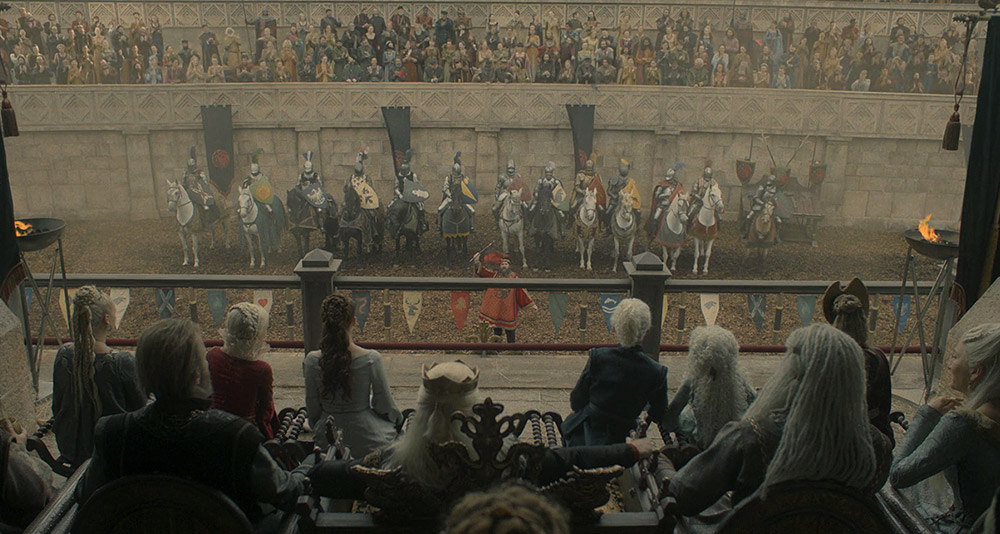 Audience demand for the show is self-evident, which proves that despite the colossal failure of Game of Thrones’ eighth and final season, the franchise still has some life left in it. Whether it’s enough to curb fan resentment enough to invest time into House of the Dragon is another matter, but given that it’s a prequel series, it at least will remain unaffected by the poor writing of its predecessor series.

House of the Dragon tries too hard to be Game of Thrones, which is an ironic thing to say, but it does ring true. In order for it to succeed, it will need to quickly establish its characters and strengthen its storyline to break free from the mold and become its own successful entity. This first episode isn’t bad, but it’s not exactly a smashing debut, either. 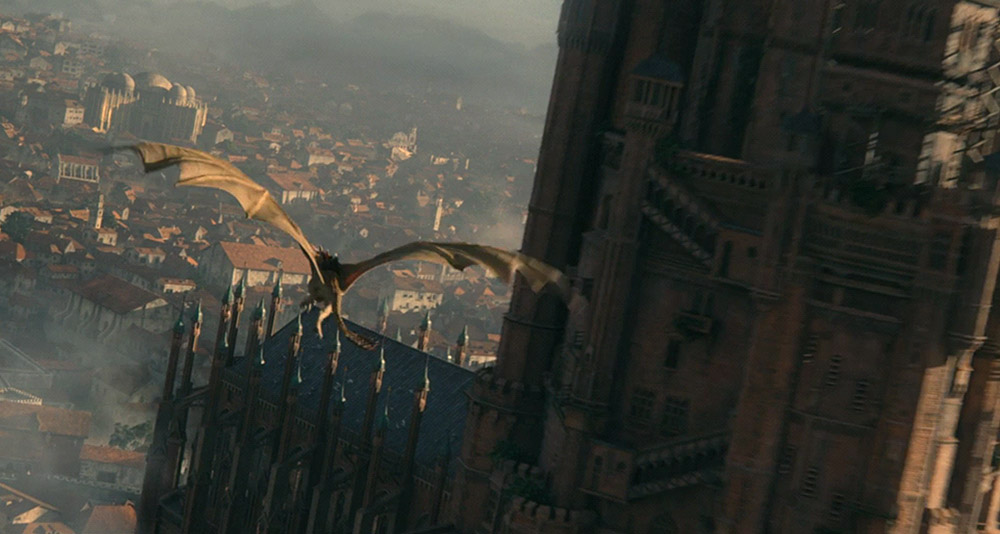 In fact, one can already spot a few weaknesses in the script that are sure to become large open wounds if the writers aren’t careful. It’s a fate that eventually befell Game of Thrones once the writers ran out of George R.R. Martin’s material, and had to start cobbling together their own lore to fill in the blanks. 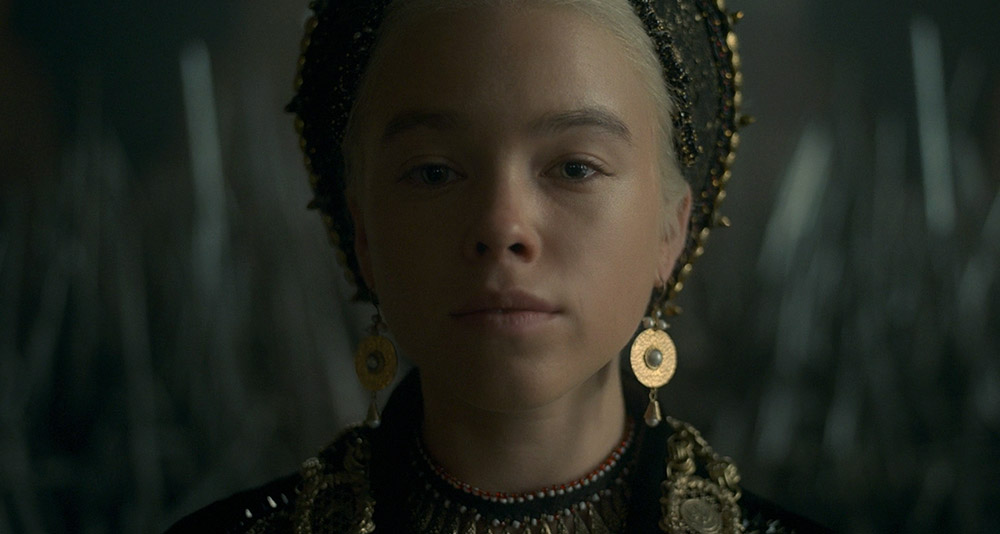 “The Heirs of the Dragon” gets a pass for at least harkening back to the first season of Game of Thrones, even if it fails to capture the magic and wonder of that era. Rather, it skin-grafts just enough material from its big brother series to at least get the ball rolling. The question is…to where?