A new report claims that Amazon Studios and Prime Video will declare their upcoming series The Lord of the Rings: The Rings of Power a victory “regardless of actual viewership.” 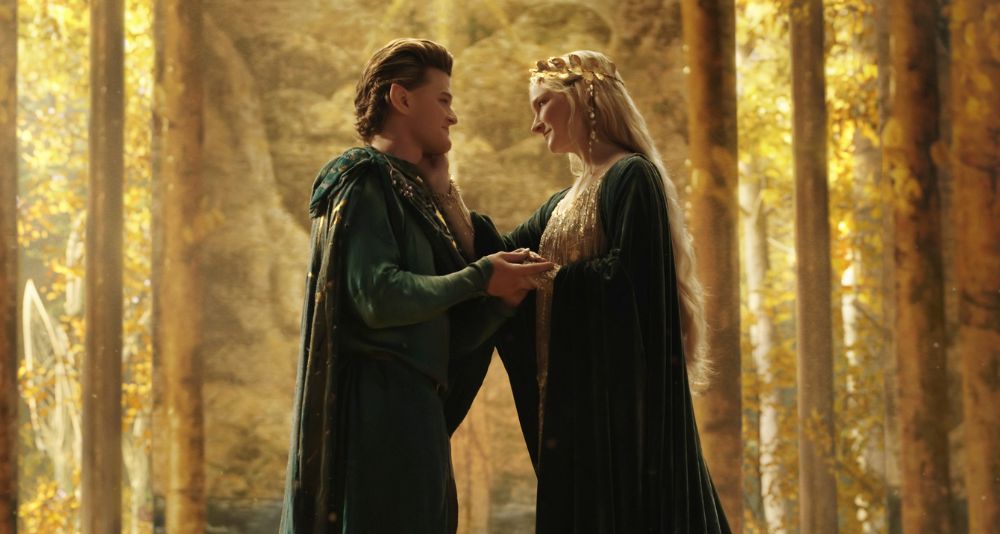 Robert Aramayo as Elrond and Morfydd Clark as Galadriel in The Lord of the Rings: The Rings of Power

Business Insider claims to have spoken to a number of anonymous insiders at Amazon Studios explaining what success for the series, which is estimated to have cost upwards of $1 billion for the first season, looks like.

In the report, writers Elaine Low, Eugene Kim, and Alison Brower assert, “Word from those who’ve seen episodes is positive, and several industry insiders predicted to Insider that Amazon will find a way, regardless of actual viewership, to sound the trumpets of victory.”

Owain Arthur as Prince Durin IV, Robert Aramayo as Elrond, Charles Edwards as Celebrimbor, Benjamin Walker as High King Gil-galad in The Lord of the Rings: The Rings of Power

RELATED: Prime Video Announces Free Theatrical Screenings For ‘The Lord Of The Rings: The Rings Of Power,’ YouTuber Describes It As “Vile Tactic”

One anonymous insider described as a former senior Amazon Studios executives also told them, “The reason why it’s going to succeed is because the executives at Amazon need it to succeed. If it doesn’t succeed, there’s going to be a big question from [Amazon’s Chief Executive Officer] Andy Jassy and the board.”

This alleged executive added, “If we can’t take this piece of IP and make it successful, why is Amazon Studios even here? It has to succeed. There’s no option.” 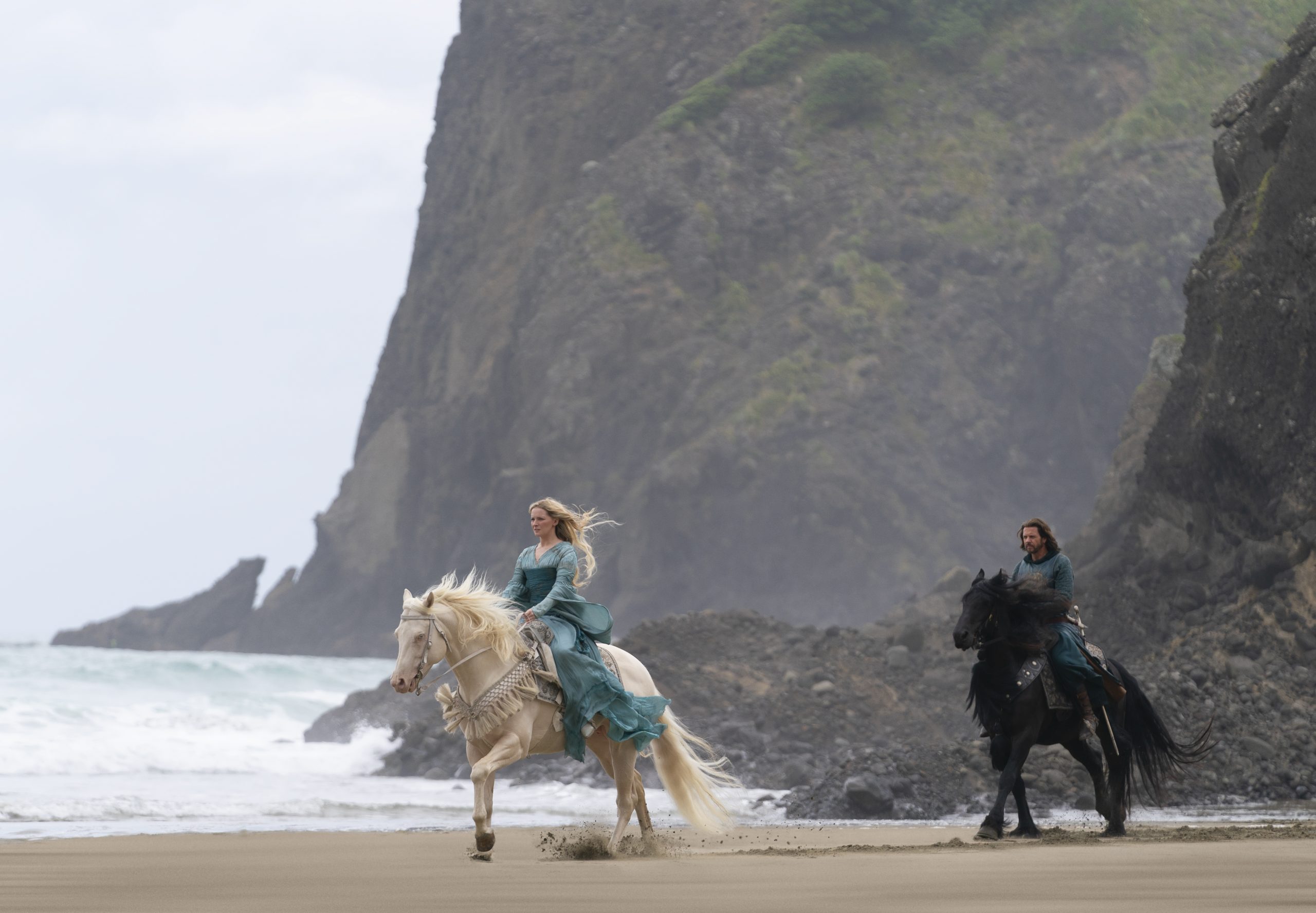 Another insider indicated that the show has to outperform other Amazon Studios and Prime Video offerings telling the outlet, “If it’s not the highest-performing thing Amazon has ever done, it’s a failure.”

This insider added the caveat, “But the outside world may not ever know.” 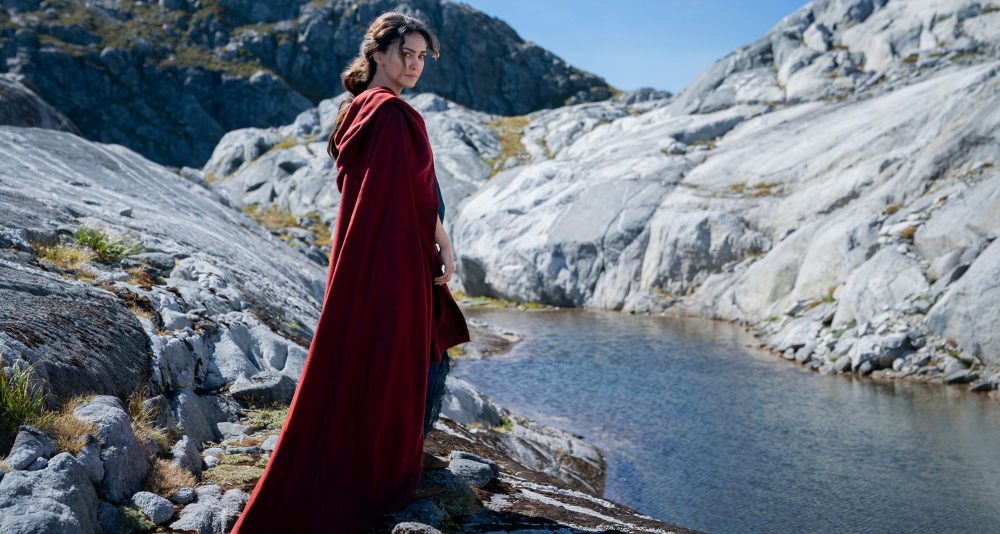 Nazanin Boniadi as Bronwyn in The Lord of the Rings: The Rings of Power

This same insider noted that people’s jobs could be on the line if the series does not perform well explaining to Business Insider, “I think [Amazon Studios chief Jennifer Salke’s] position there is very, very secure but all the senior leaders are probably not sleeping well right now.”

“It’s a high-stakes moment for them,” the insider added.

This second insider also warned that the entertainment landscape overall is perilous, “”We’ve already been living in this distorted entertainment environment where everybody’s a winner and nobody makes money.”

“I don’t think anybody can sustain a heartbeat where Lord of the Rings or House of the Dragon are the new normal,” this insider further asserted. “There’s no business in that.” 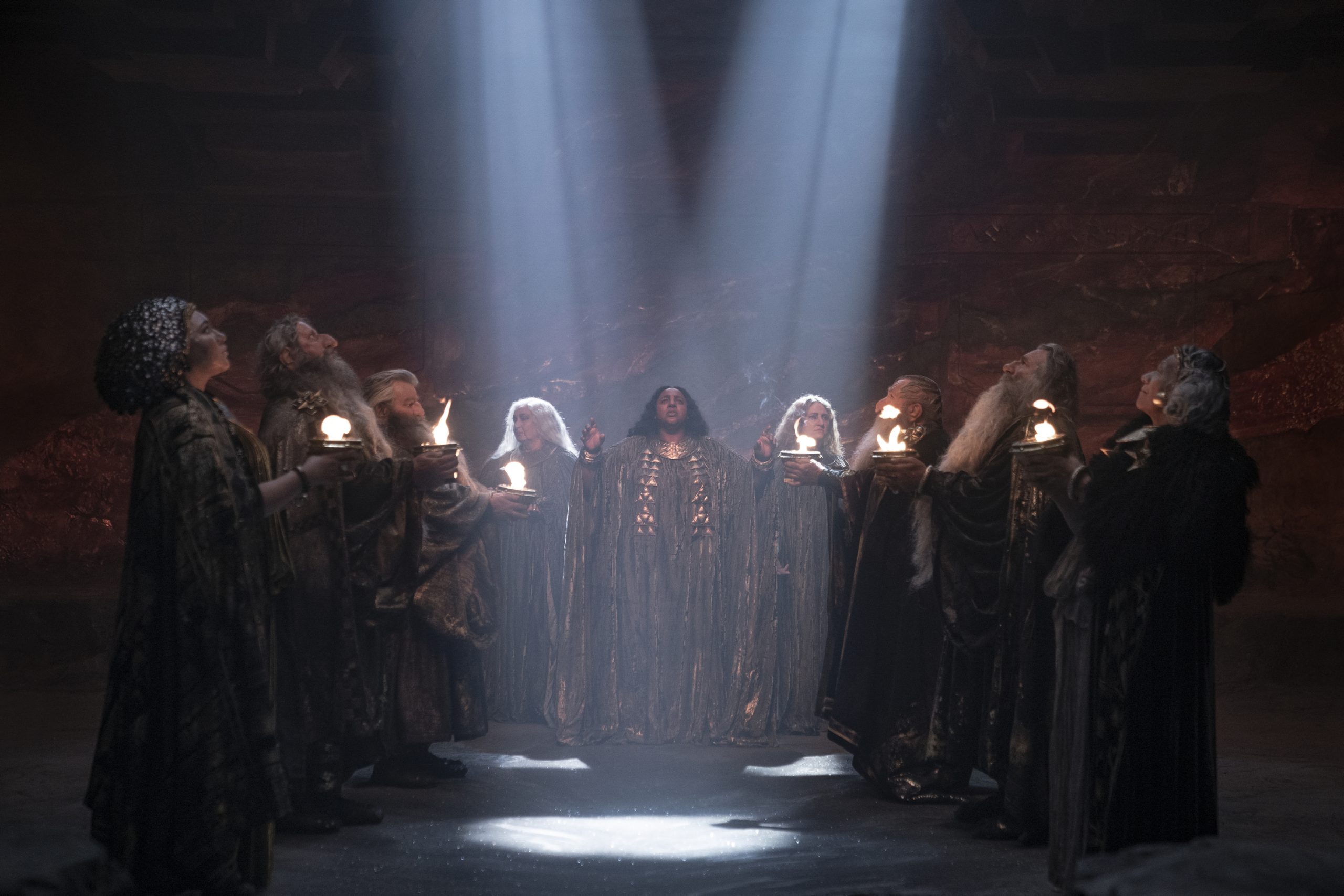 The claim that Amazon Studios will declare victory whether or not it actually is isn’t too hard to believe. WarnerMedia appeared to do the same with the premiere for House of the Dragon. The studio claimed that the debut episode was watched by a little less than 10 million people, 9.986 million viewers to be exact, and touted it as “the largest audience for any new original series in the history of HBO.”

However, TV Series Finale reports the show only raked in a little over 2 million on cable. 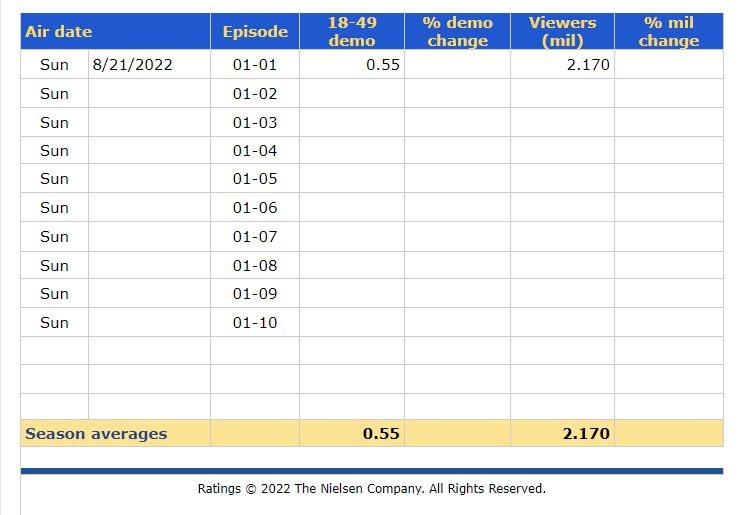 The outlet previously reported that the series finale of Game of Thrones brought in 13.613 million viewers and the entire final season averaged 11.992 million viewers. 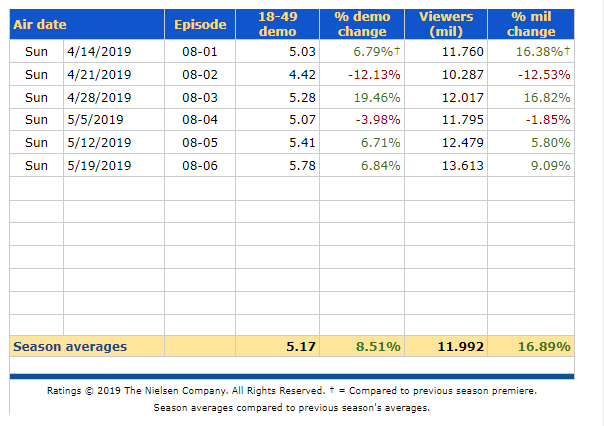 On top of this massive discrepancy between the viewing numbers reported by TV Series Finale, USA Today previously reported that the Game of Thrones finale was watched by over 19.3 million viewers overall after factoring in HBO GO and HBO Now.

The supposed victory for House of the Dragon looks even more dismal when you factor in Entertainment Weekly’s report that claimed HBO informed them that “the season is averaging more than 44.2 million viewers once all forms of viewing are counted.” 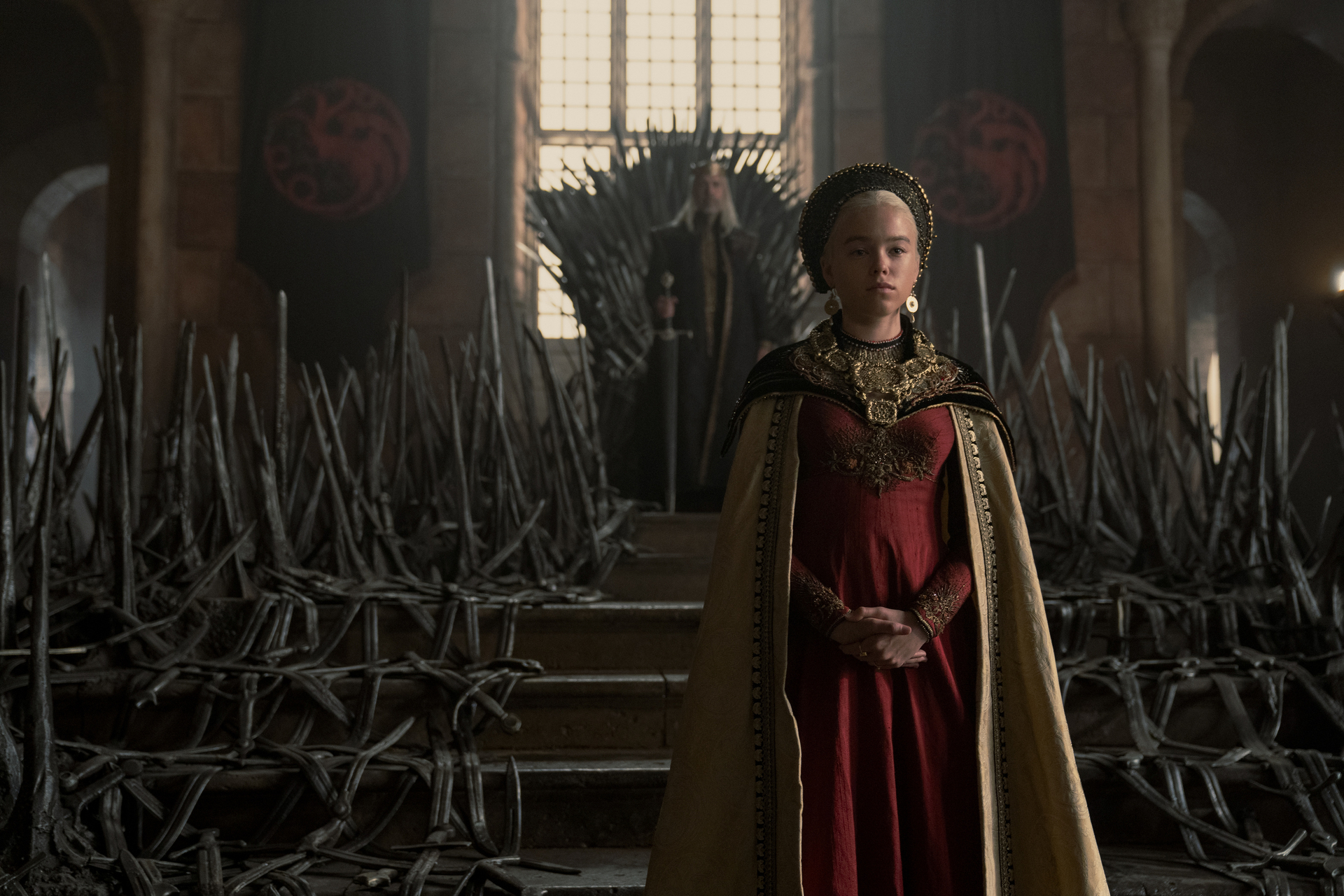 Milly Alcock and Paddy Considine in House of the Dragon

WarnerMedia isn’t the only who continues to try and tout successes even though they might be marginal or even bad performers. The Walt Disney Company touted their premiere viewership numbers for Obi-Wan Kenobi only to see them fall off a cliff by the time the sixth and final episode debuted.

Ewan McGregor raved about the show’s premiere viewership saying, “This weekend Star Wars fans made Obi-Wan Kenobi the most watched Disney+ original series premiere of all time. For that I would say a big thank you. It just goes to show what this family can to do when we all pull together.”

The premiere did indeed have the most watched time via minutes for a Disney+ original series as Nielsen reported that the show’s first three episodes raked in 958 million minutes viewed.

However, by the show’s sixth and final episode, which was released on June 22nd, Nielsen reported that for the week of June 26th the series in its entirety only brought in 860 million minutes viewed. People were tuning out of Obi-Wan Kenobi rather than tuning in.

It’s quite possible Amazon Studios and Prime Video will make similar claims. It’s hard to imagine the series not topping the charts when it premieres on September 2nd. It does have The Lord of the Rings name attached to it despite the fact it appears to have eschewed much of Tolkien’s original stories in the Second Age in favor of reflecting the world as it is today.

However, like Obi-Wan Kenobi, I would wager the viewership will significantly nosedive as more and more episodes are released. And again, given that Nielsen tracks total minutes across all episodes for its streaming numbers, that would mean a significant portion of people tuning our rather than tuning in. 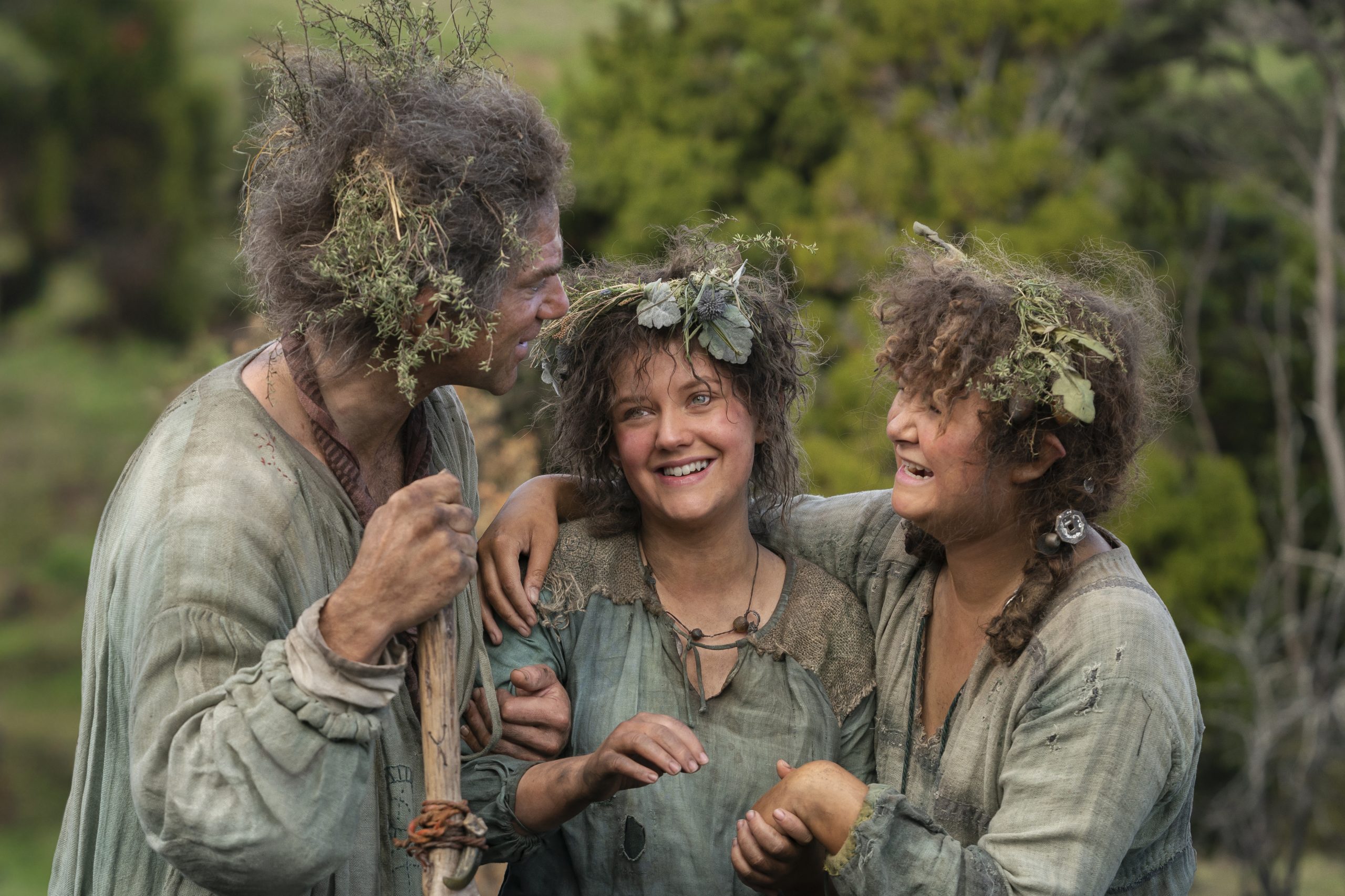 Dylan Smith as Largo Brandyfoot, Markella Kavenagh as Elanor ‘Nori’ Brandyfoot, and Megan Richards as Poppy Proudfellow in Prime Video’s The Lord of the Rings: The Rings of Power

What do you make of this report? Do you think Amazon Studios and Prime Video will engage in shenanigans to declare the series a victory even if it is not?