Tony Gilroy, the creator of the upcoming Andor series on Disney+ and the writer of the Bourne Identity trilogy, recently teased more about the series claiming it is about the “real people” of the Star Wars universe and that it is not targeted towards children.

Gilroy spoke to Variety about the series recalling how he stepped away from Star Wars after Rogue One after inquiring about doing a story in the vein of Inherit the Wind that is described by Roger Ebert as “a movie about a courtroom battle between those who believe the Bible is literally true and those who believe, as the Spencer Tracy character puts it, that “an idea is a greater monument than a cathedral.”

However, after he was given a look at what Lucasfilm had cooked up for an Andor series that depicted Cassian Andor and K-2SO as “Butch and Sundance, and they’re gonna storm the citadel,” Gilroy decided to submit what he describes as a “long forensic manifesto” that “was such a crazy idea” to Lucasfilm.

That pitch, which he also describes as “radical” and “so out there” apparently became what Disney+ subscribers will see on Andor.

Specifically, Gilroy detailed he want the series to be about the everyday people in the Star Wars universe explaining, “I wanted to do it about real people.”

“They’ve made all this IP about the royal family, in essence. It’s been great. But there’s a billion, billion, billion other beings in the galaxy,” he elaborated. “There’s plumbers and cosmeticians. Journalists! What are their lives like? The revolution is affecting them just as much as anybody else. Why not use the ‘Star Wars’ canon as a host organism for absolutely realistic, passionate, dramatic storytelling?” 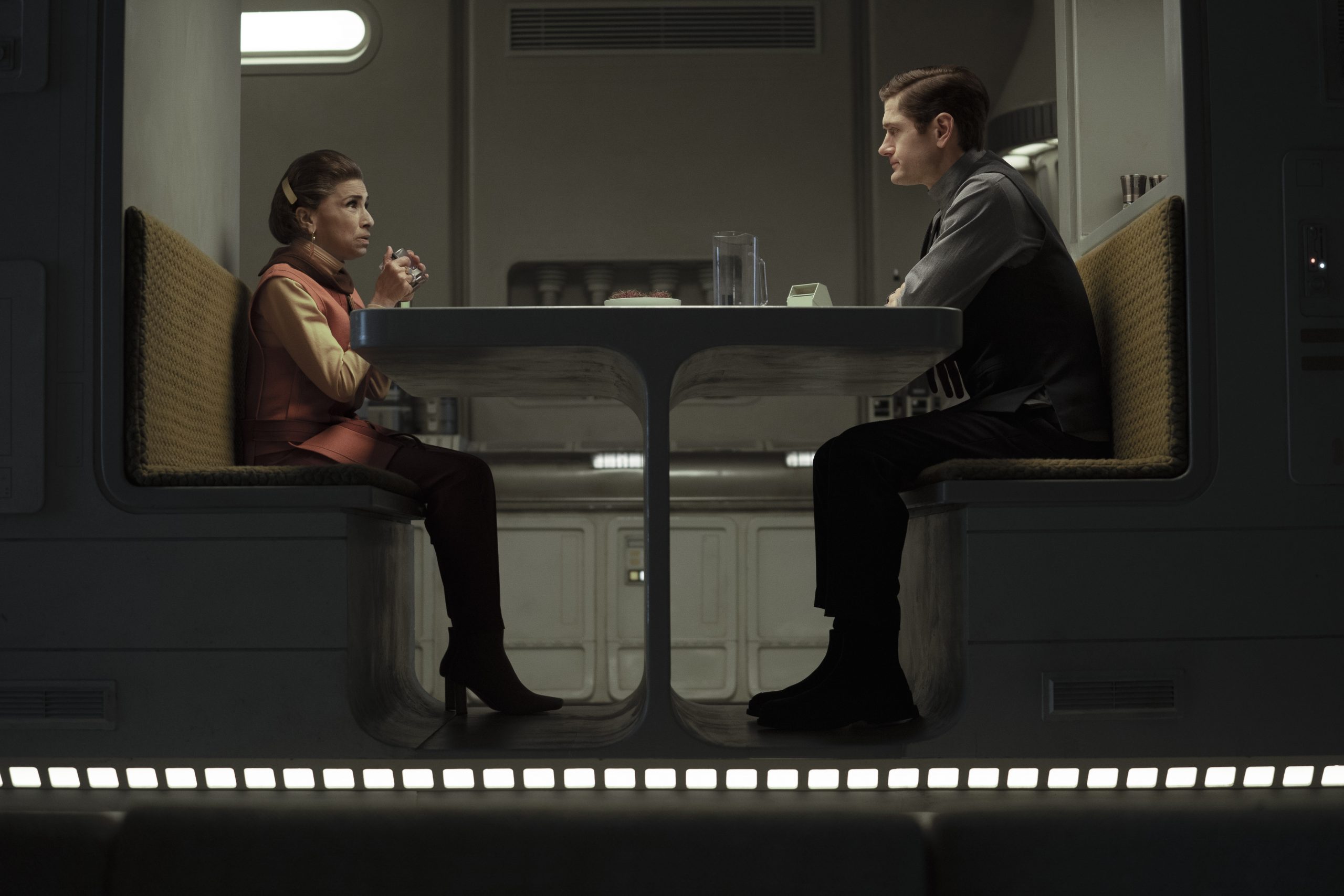 Not only did Gilroy detail his vision for the series and a focus on “real people,” but he also indicated that he wants people who do not care about Star Wars to tune in.

He says, “You should be able to watch the show and not give a s*** about Star Wars ever, or [have ever] seen any Star Wars. This show should work on its own.”

However, he also adds, “The hope, the dream, is that the really hardcore Star Wars community will embrace the show in a new way — that they’ll be thrilled to have someone come in and completely uncynically get down molecularly in their world and treat it like a real thing.” 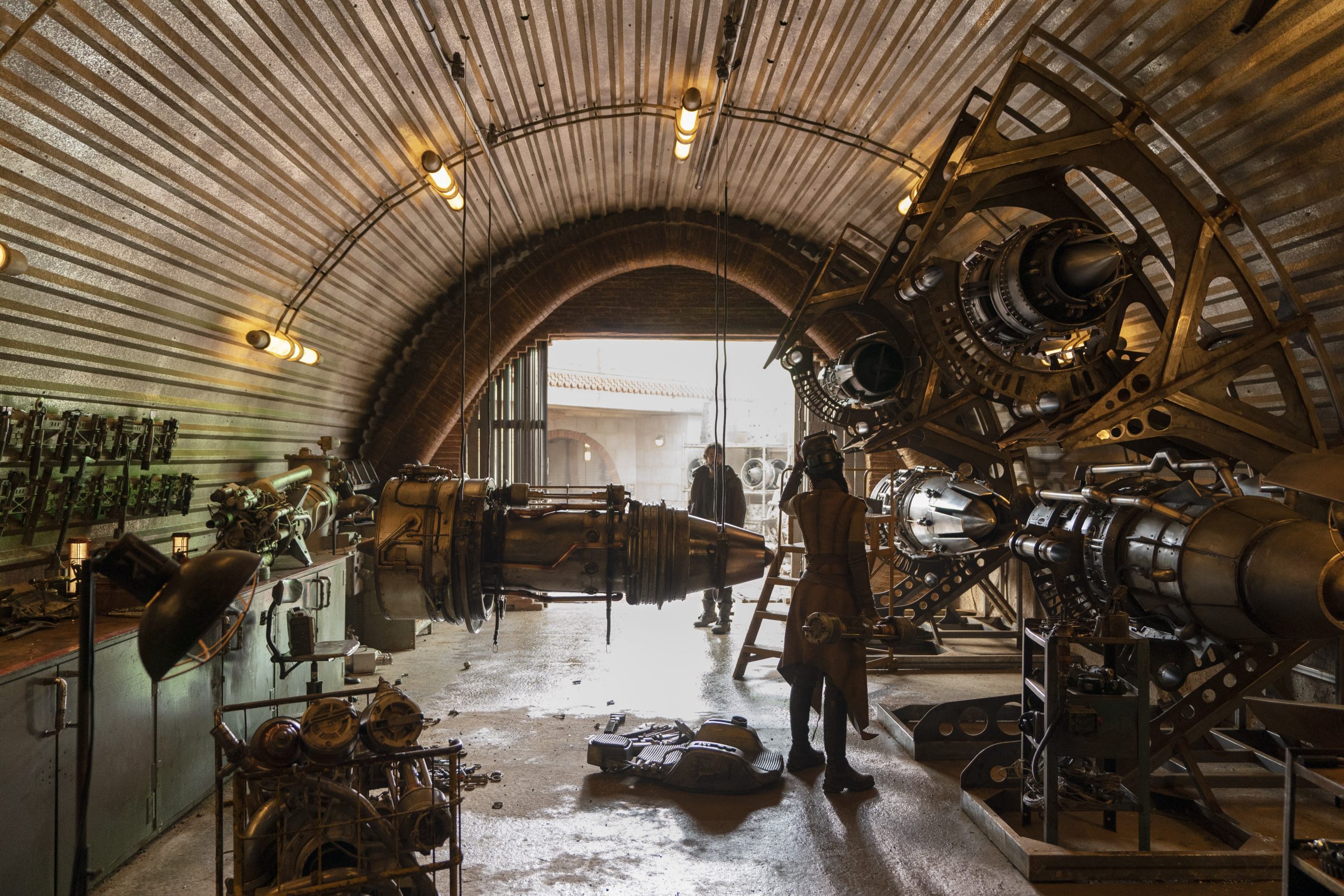 However, he also said he wanted people who have no interest in Star Wars to be able to enjoy it as well, “I mean, I want my wife to be watching this show. She couldn’t care less. She’s not that interested in it. She hasn’t been interested in it for the last two years. But my goal is that she really is like, ‘Oh, my God, I’ve got to see the next episode.’ Without losing anybody, it’s really about enhancing what we have.

Gilroy went on to reveal to Variety that the show is not made for children saying, “I don’t think it’s a show for 9-year-olds, probably.”

Again, he hedged, “We are an adventure story. We are a thriller. And in a really abundant way, we’re creating a lot of IP. Some of it’s ground level: products and TV shows, all kinds of things. They’re all brand new.”

Gilroy then added, “It’s upside down, or it’s sideways, or it’s the opposite of what you thought was true. Or it’s way more interesting than you had ever thought. Or that’s a lie and there’s a reason for it. I would say that there’s some surprises in store.”

Specifically referencing Mon Mothma and her role in the fourth episode of the show, Gilroy stated “I bet that when episode 104 plays, when Mon Mothma finishes the episode, that there’ll be people tweeting about Mon Mothma.”

The official synopsis for Andor states, “The Andor series explores a new perspective from the Star Wars galaxy, focusing on Cassian Andor’s journey to discover the difference he can make. The series brings forward the tale of the burgeoning rebellion against the Empire and how people and planets became involved. It is an era filled with danger, deception and intrigue where Cassian will embark on the path that is destined to turn him into a rebel hero.”

The series debuts on Disney+ on September 21st. The first three episodes will be available when it arrives on Disney+. There are 12 episodes in total and they cover the first year in the five-years before the events of Rogue One.

What do you make of Gilroy’s comments? Do you plan on watching Andor?