An artist who worked on the hero designs for the 2014 Teenage Mutant Ninja Turtles reboot is revisiting how the response made him feel, which wasn’t good.

The trip down memory lane started when Final Destination actor Devon Sawa shared a fan edit on Twitter that altered Leonardo in the film to look more like the live-action 90s films and the source material – in other words, without nostrils.

“Someone on the Internet did a huge fix. Don’t know who, but wow,” Sawa said. 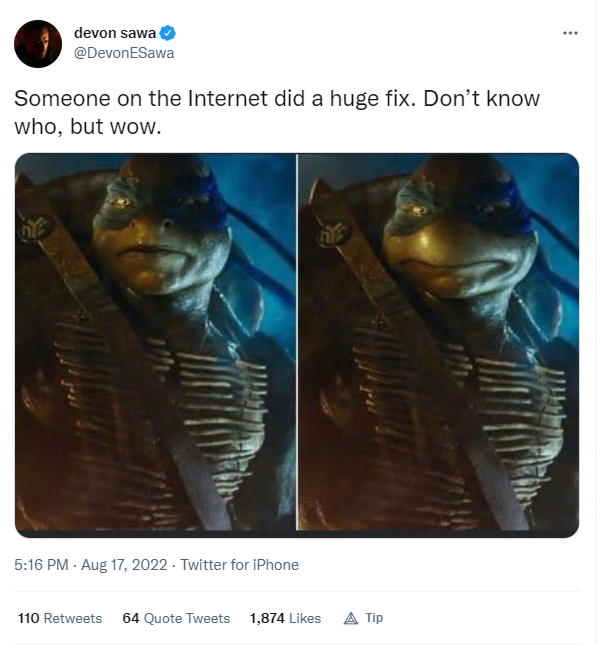 Designer Jared Krichevsky, reminded of the criticism and bad vibes he endured at the time, responded. “Welp, time to relive this time in my life over again,” he said.

“People, and for real, accused me of r*ping their childhoods because of the designs. Nowadays this would have been Sonic’d so fast it woulda blast me into an alternate dimension,” he added, referring to the 2019 fan outcry that led to Sonic the Hedgehog’s big-screen design getting fixed. 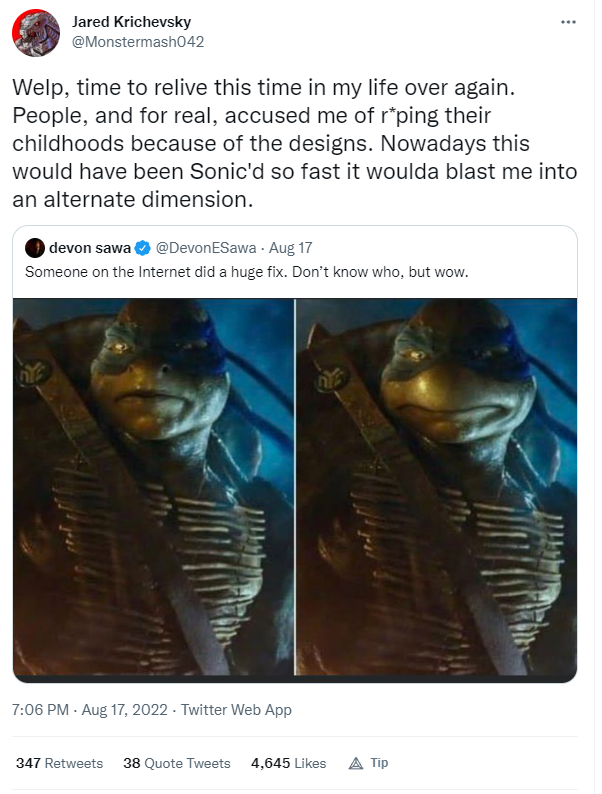 Krichevsky continued his thread and said he would render the Turtles differently today but back in 2014 he was focused on a dream job.

“Like, I know I would do them differently today, there’s a lot I would change, but at the time, it was a dream job and it was awesome. Maybe, one day, I’ll get to redeem myself with the TMNT,” he tweeted.

The Turtles were redesigned for their 2014 and 2016 movies to make each of them more unique and Krichevsky was caught up in this effort, so he took the backlash personally.

“Seeing the negative reaction was… [let’s] say, not good for my mental health, I was much closer to it than I should have been, and it being my first BIG IP that I dreamed of working on since a kid, it was well… devastating. I’ve learned since then to keep up that emotional wall,” he wrote in his thread. 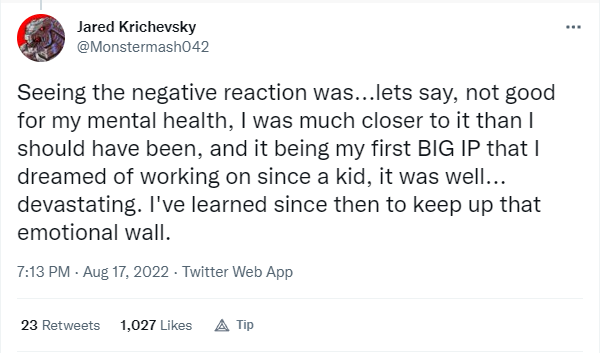 As he wrapped up his thoughts, Krichevsky gave his followers a snapshot of the TMNT concept art and the poster he looks at every day. Plus he swore he’d still fight for the addition of Turtle nostrils. 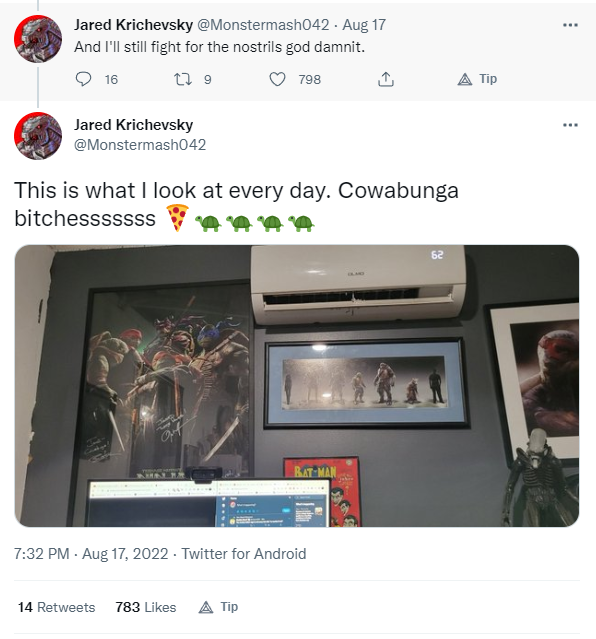 In one last olive branch, Krichevsky expressed no ill will toward Devon Sawa for digging up old wounds. “Also this aint a slam on Devon Sawa because he’s a bad ass mather facker. Just the post brought back some memories,” he said.

Teenage Mutant Ninja Turtles and its sequel Out of the Shadows were produced by Paramount and Michael Bay’s Platinum Dunes. Both sides are working on the next untitled reboot that’s been in the works since 2018.

NEXT: Jurassic World Fan And 3D Artist Gives T-Rex A Redesign Based On Modern Science’s Findings