We’re a third of the way through She-Hulk Attorney-at-Law, and we have seen enough to know exactly what this series is going to be. 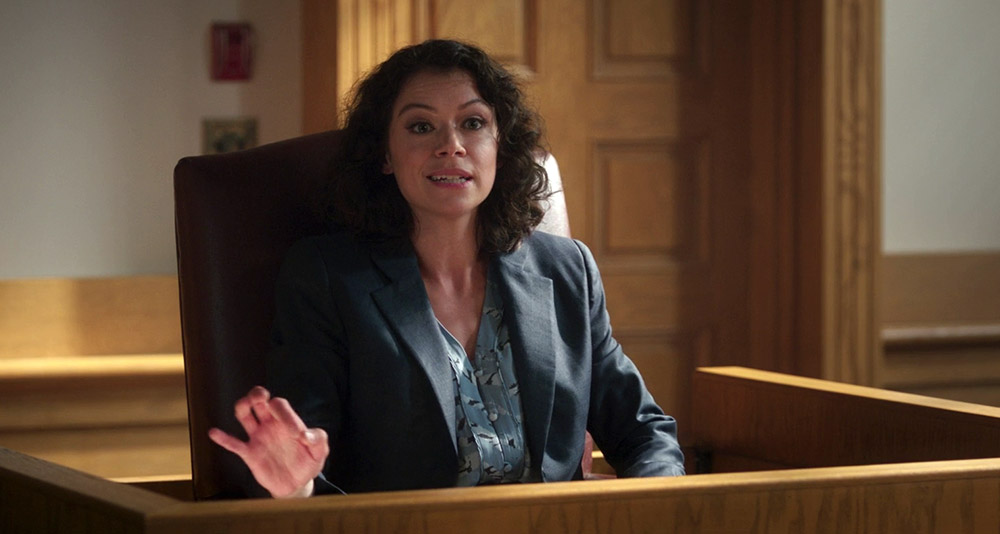 RELATED: ‘She-Hulk Attorney at Law’ Episode 2 Review – This Should Have Been The First Episode Of The Series

Disney gave the reins to a female led character to a woman who wrote the ‘Pickle Rick’ episode of Rick and Morty, because she pitched a Black Widow high school reunion film, and that’s how we got to this moment.

Episode 3 of She-Hulk is the first time we have seen a writer other than Jessica Gao contribute to the series. For this episode, we get the duo of Francesca Gailes and Jacqueline Gailes, who are known for their work on the Peacock reboot of Punky Brewster. If you’re expecting an increase in writing quality, then you may be part of the problem. 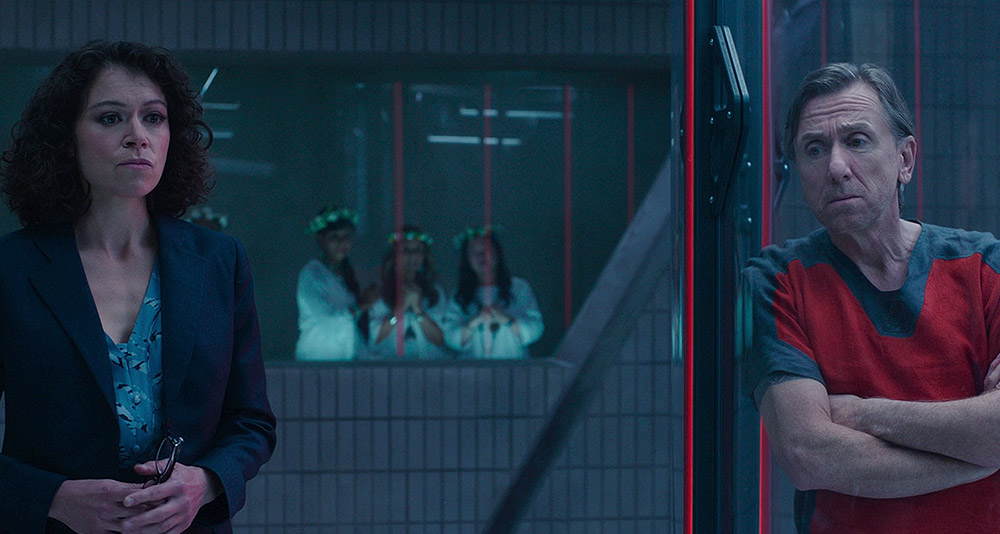 The most hilarious part of this series so far is the fact that the writers of the show know the difference between the A plot and the B plot, but are too incompetent in making either one relevant and entertaining to the overall story. Everyone has seen the twerking clip that is going viral on social media gets it.

The B plot of this episode involves an arrogant male lawyer named Dennis from the first episode, who is back to sue a shape-shifter from Asgard for $175,000, because he believed he was dating the popular rapper Megan Thee Stallion. Now, if you’re a boomer, or someone who’s given up on hip hop music, you’ll have no idea who Megan Thee Stallion is, but trust that she is a popular rapper for today’s generation. 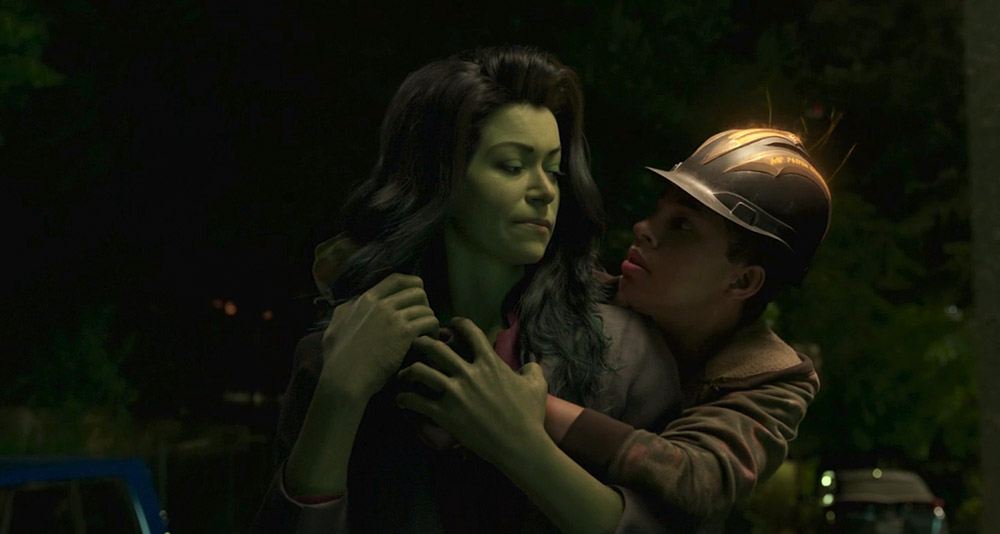 The running joke of this episode is the fact that Megan would never go out with a loser like Dennis, which is pretty funny considering the fact that in real life, Megan’s last boyfriend shot her multiple times with a gun, proving that the rapper clearly doesn’t have the best judgment when it comes to dating men.

Speaking of running gags into the ground, the recurring joke of the entire episode is that the shapeshifter named Runa impersonates random men throughout the office, including the judge of her case.  This is all of the comedy in the episode, so enjoy it. 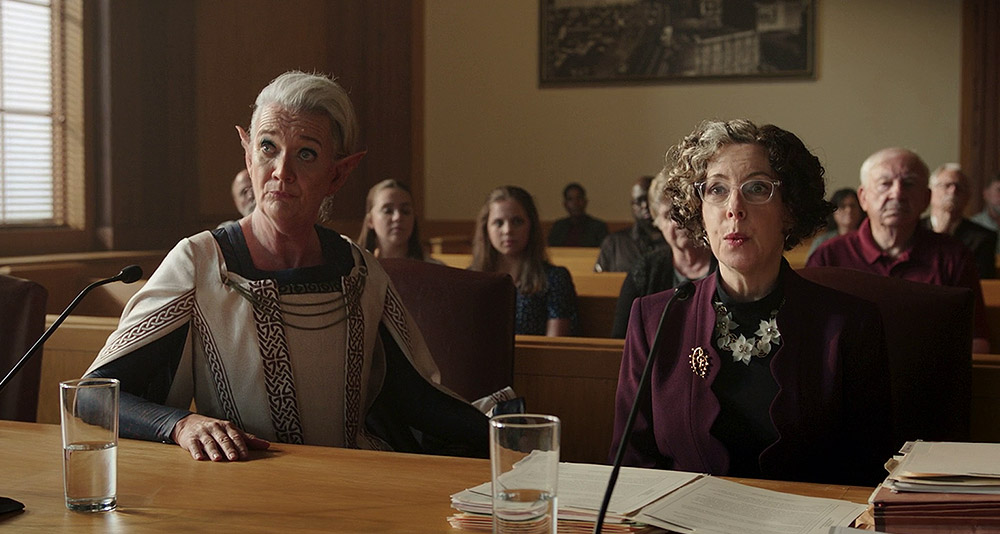 A court case in She-Hulk: Attorney at Law, episode 3, Disney+

This is lazy and unfunny sitcom writing at its absolute worst. It’s pretty obvious that the creators have no idea how to write a functioning law series, because for someone like Jennifer Walters, who is an attorney, the show it makes it clear that this is her show, and she’s not that good at her job.

When Jennifer tries to get the Abomination out of prison and on parole, she is portrayed as out of her depth in handling her own cases. She only becomes useful when another lawyer brings her in to testify that Dennis is a completely delusional idiot who would totally believe that he was dating a real famous rapper.

For those of you hardcore MCU fans out there, Benedict Wong guest stars in the episode in a glorified cameo that doesn’t amount to much. Marvel also introduces The Wrecking Crew towards the end of the episode, but they get dealt with rather easily under the slight tease that they may be working for somebody else.

A few things are obvious at this point of the series. First, the CGI is bad, and the writers only seem to have one note in terms of their comedy, which involves venting about men in some way, shape, or form. Hell, we are three episodes into the show when the character is still making objections to the fact that she’s being referred to as She-Hulk. 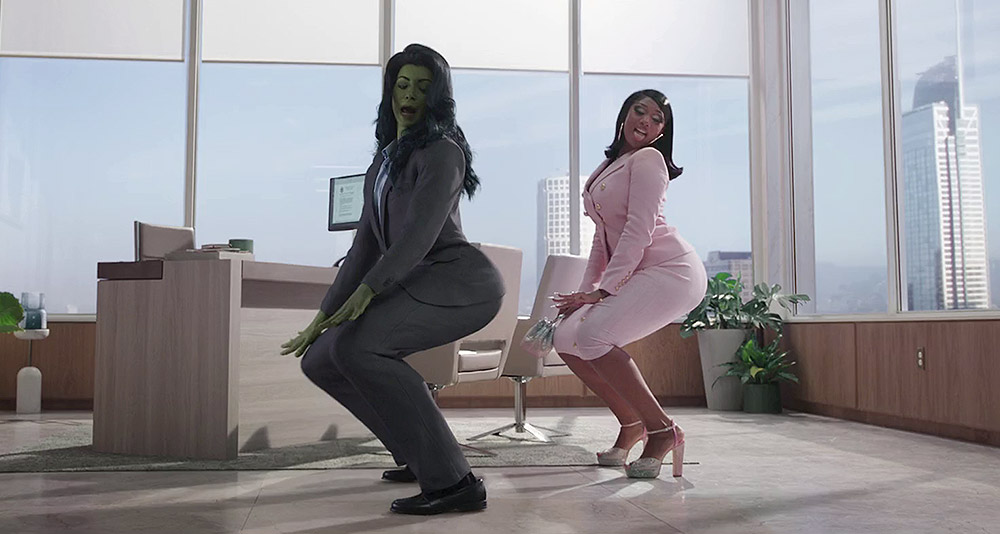 Watching this show, I try to think to myself how I can sell the show to the normies who just want to be entertained. In all honesty, if the show wasn’t based in the Marvel Cinematic Universe, this wouldn’t even get greenlit, or at the very least canceled after one season like a rotten Netflix offering. Unless you’re a mom with a very large wine collection, you’re not in the target demographic for this TV show.

Even as someone who’s trying not to dump all over this show, Disney isn’t giving me much reason to give it the benefit of the doubt. The A plot is She-Hulk doing her job poorly, the B plot has something to do with a misogynist man, and then they tease a cameo for another MCU character, to keep the marks happy.

A third of the way through the series in She-Hulk: Attorney At Law doesn’t make me angry, it just gives me alexithymia.