Last Man Standing and Toy Story star Tim Allen has successfully managed to ruffle some feathers on social media with a a fairly inoffensive joke about Joe Biden’s recent appearance on 60 Minutes. 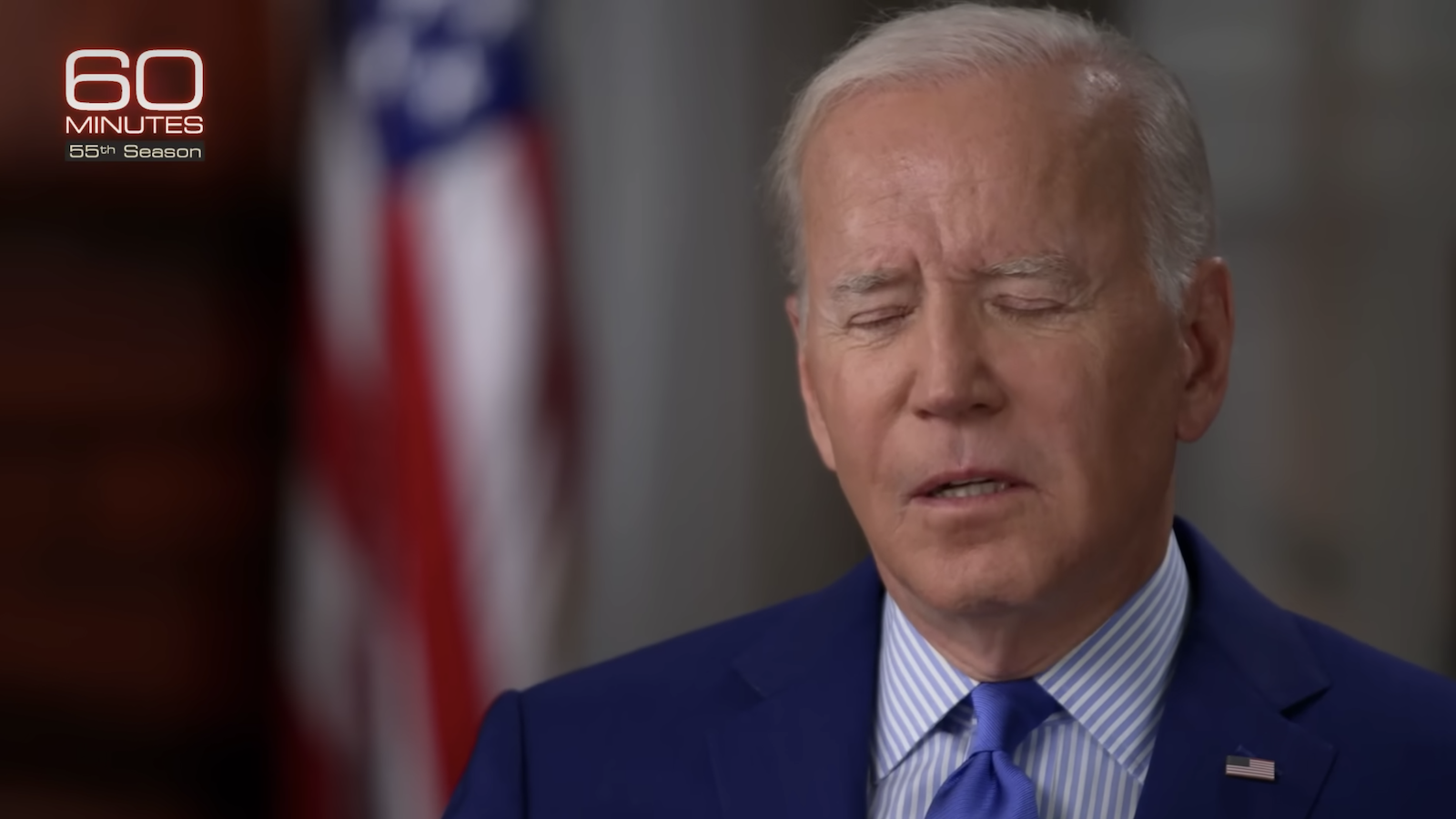 “Biden was on 60 minutes. I heard he asked how long the show was,” read the entirety of Allen’s cheeky tweet regarding the US President’s seemingly apparent cognitive decline.

An issue widely ignored by mainstream media, Biden’s cognitive decline has been addressed by a number of political observers.

One such individual was former president Donald Trump’s White House physician Ronny Jackson, who in June of last year demanded that the 46th president of the United States take a cognitive exam to test his cognitive ability.

“The far left and the mainstream media were demanding that be the new standard for anybody who’s going to lead our country and be our Commander-in-Chief and our head of state,” Jackson told Fox News. “I’m just saying I agree with them at this point — we need to get it done.” 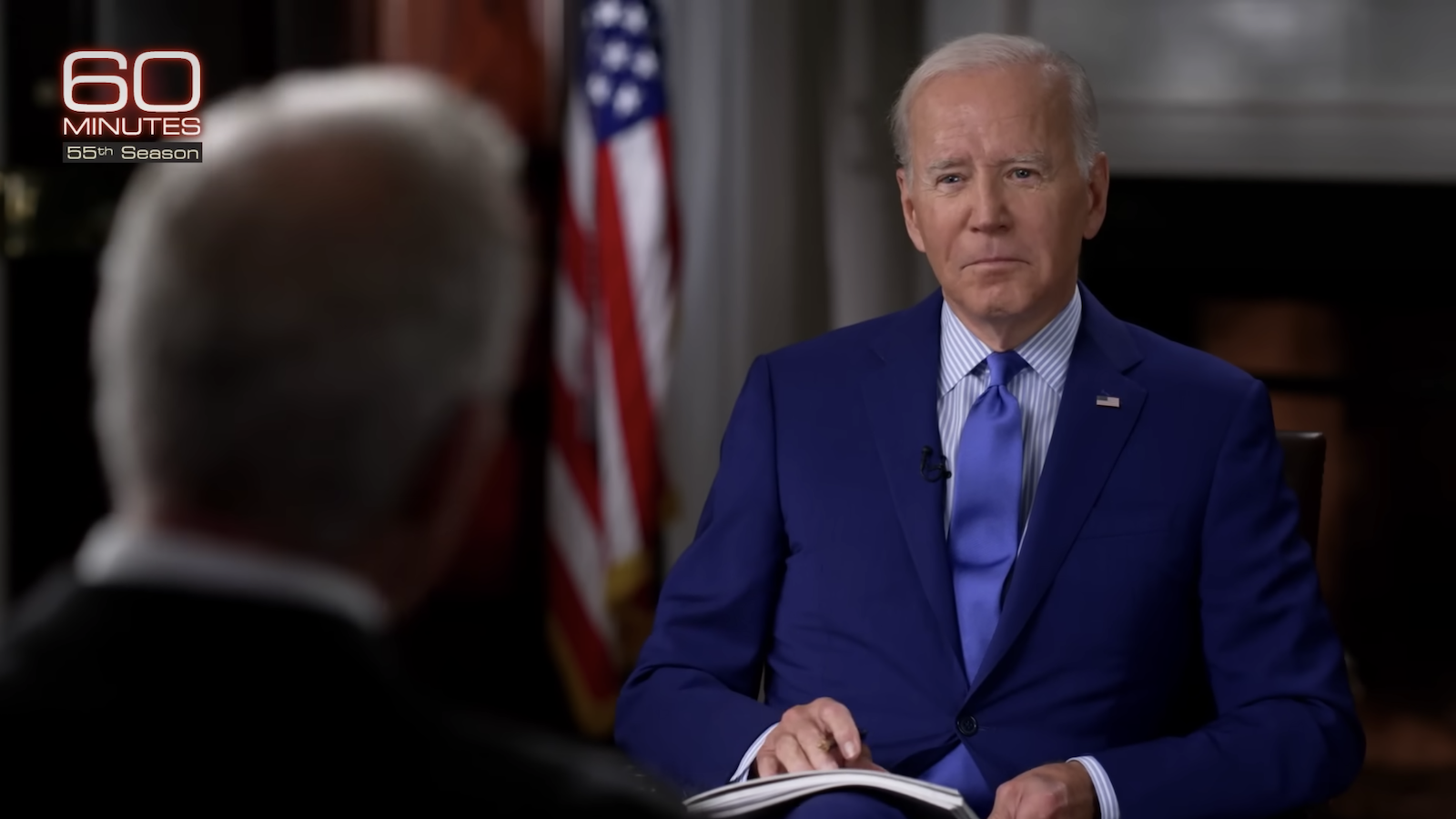 In predictable fashion, the woke mob took to social media to chastise Allen for his dig at Biden, resorting to name-calling and self-declared ‘fact-checking’ in an attempt to claim some sort of moral high ground.

“Probably less than 45 minutes due to advertisements if you want to get technical, and your jokes are as unfunny as your TV show(s),” remarked @avani7b in a poor effort to dunk on the actor. 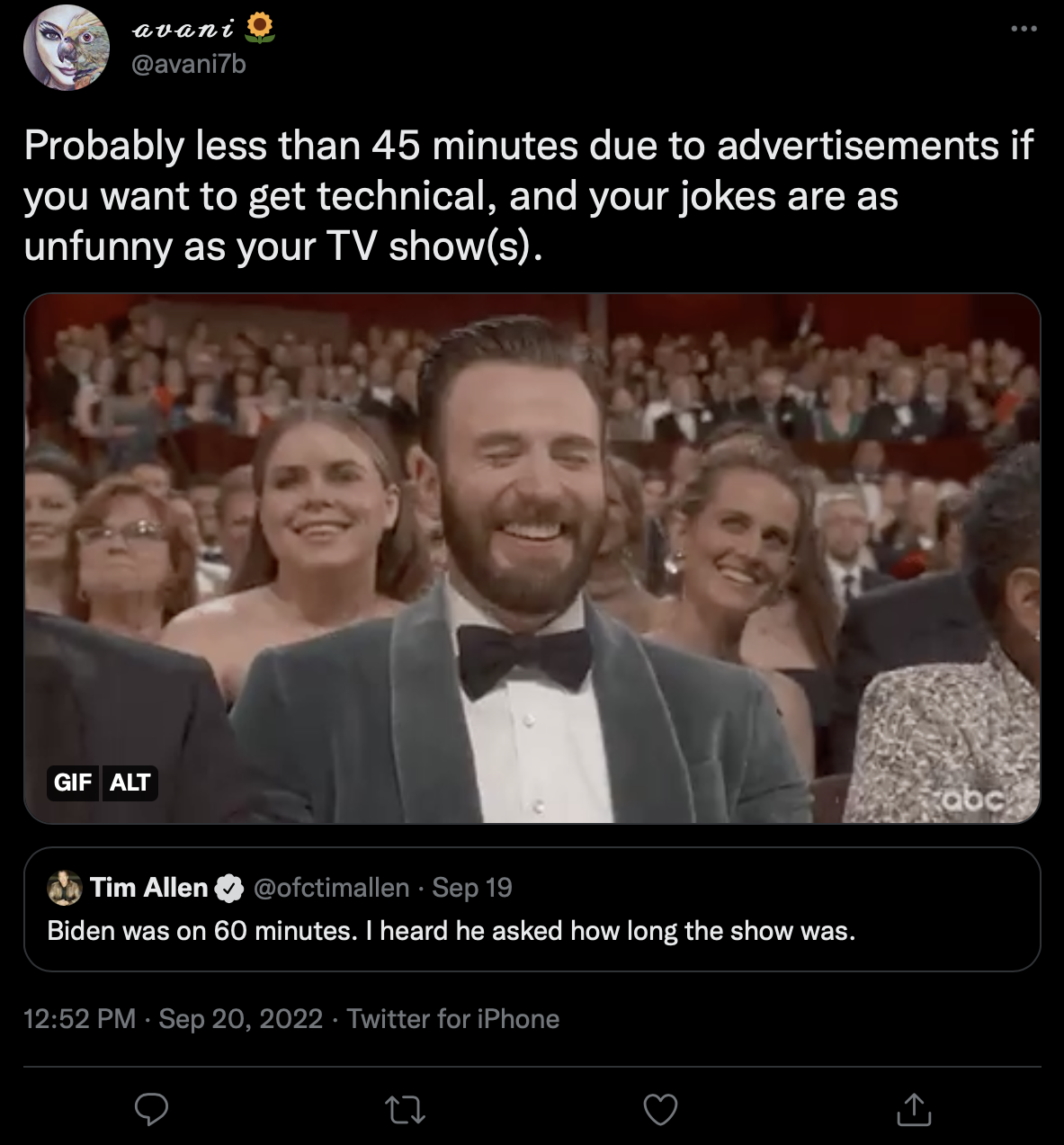 In another poor attempt at getting one over on Allen, @What46HasDone decried, “60 Minutes is 43 minutes long, my dude.”

“It’s actually 43 minutes,” likewise parroted @kraywiseheart before proceeding to shamelessly hold the actor’s troubled youth above his head. “It might’ve felt longer because you were on coke.” 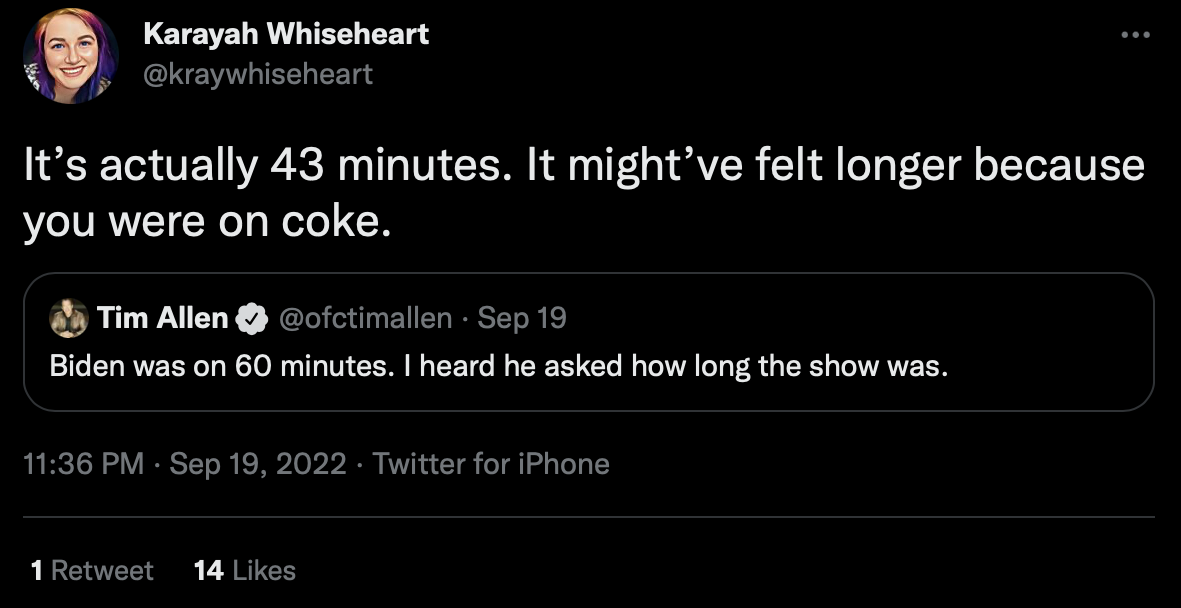 Throwing conservative actors Scott Baio and Kevin Sorbo into the mix, @JRobertJohnson4 sobbed, “I once thought you were funny. I ignored your criminal history. Watched your show. Then you morphed into Scott Baio. Now, your career is in Kevin Sorbo territory. Comments like this are why.” 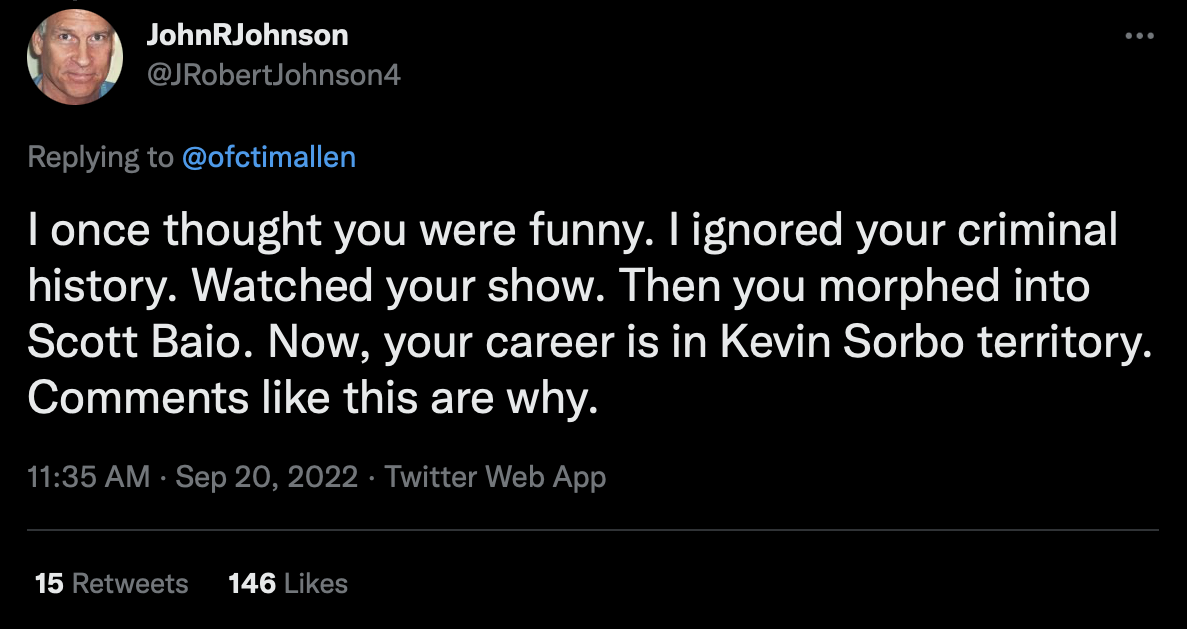 A pretty hot take was shared by @christopherco, who pondered, “How can people dislike Biden after the dumpster fire that was Trump? I don’t get it. All I feel is relief.”

“I hope they make a Toy Story 5,” notorious Democratic party supporter @JoJoFromJerz began her nonsensical point. “That way a whole new generation of people will only know you exist because you happen to voice a cartoon astronaut who plays a perpetual second fiddle to [Tom Hanks].” 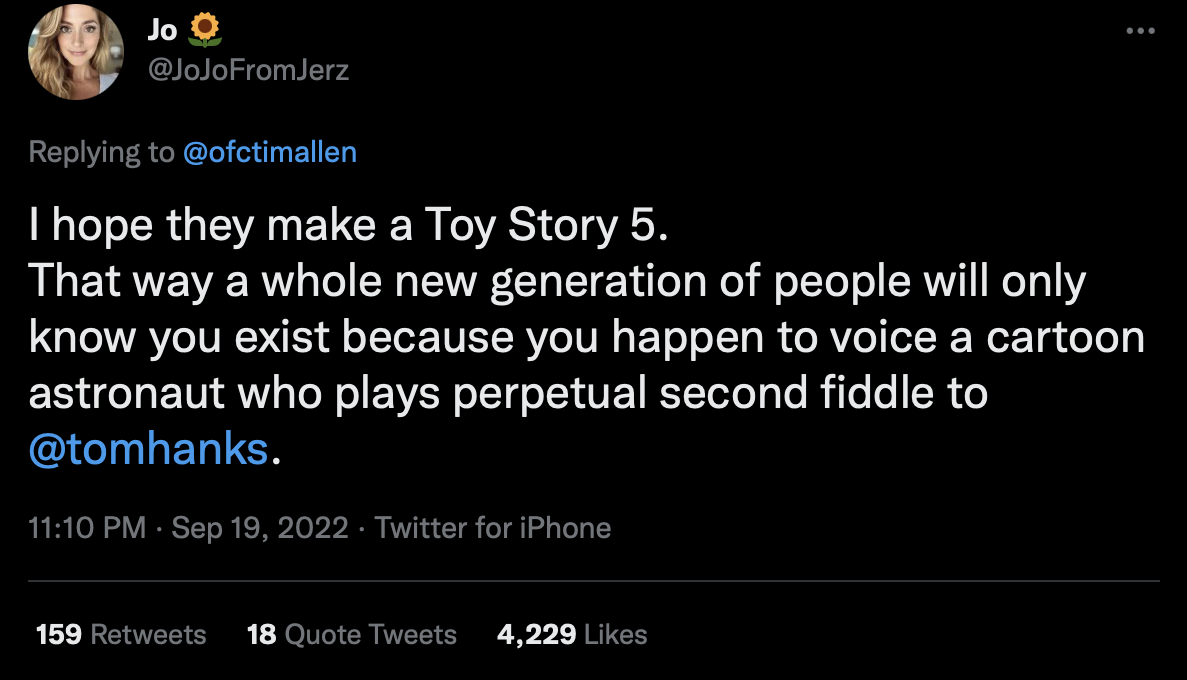 “Didn’t you used to be funny?” asked @AnthonyShnark.

Dropping yet another unoriginal comment, @BubblegumOut parroted, “Holy smokes, Tim Allen is still alive? Thought he died along with Kevin Sorbo and Scott Baio years ago…” 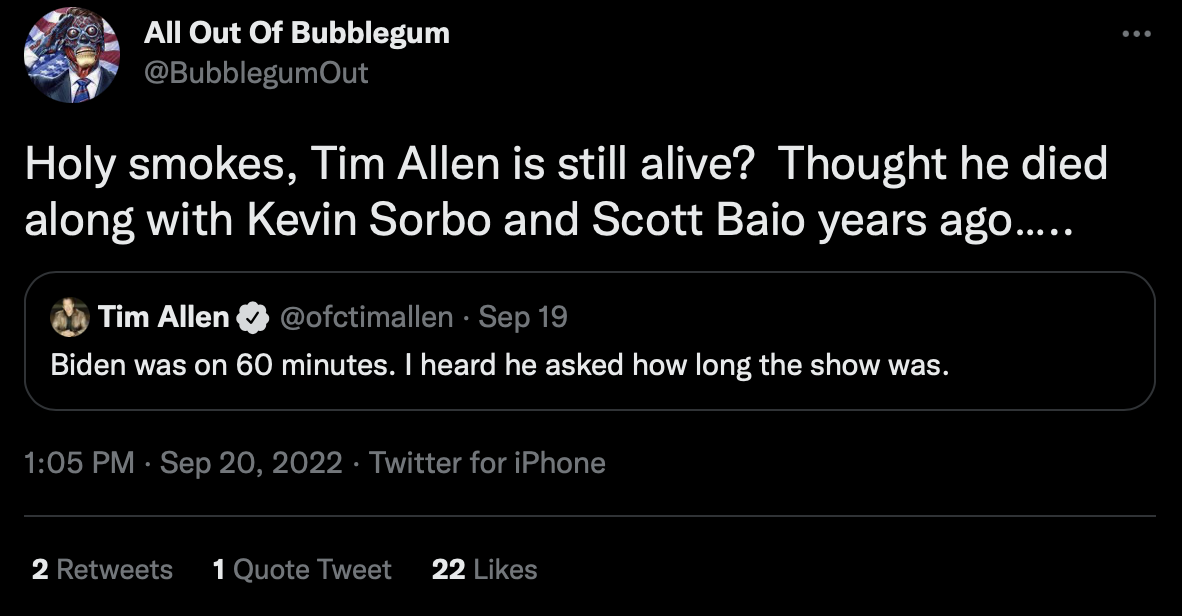 Unfunny comedian Christopher Titus retweeted the joke and opined that the Home Improvement actor has “really fallen off” before sarcastically encouraging Allen to “Go back to monkey noises. You nailed that.” 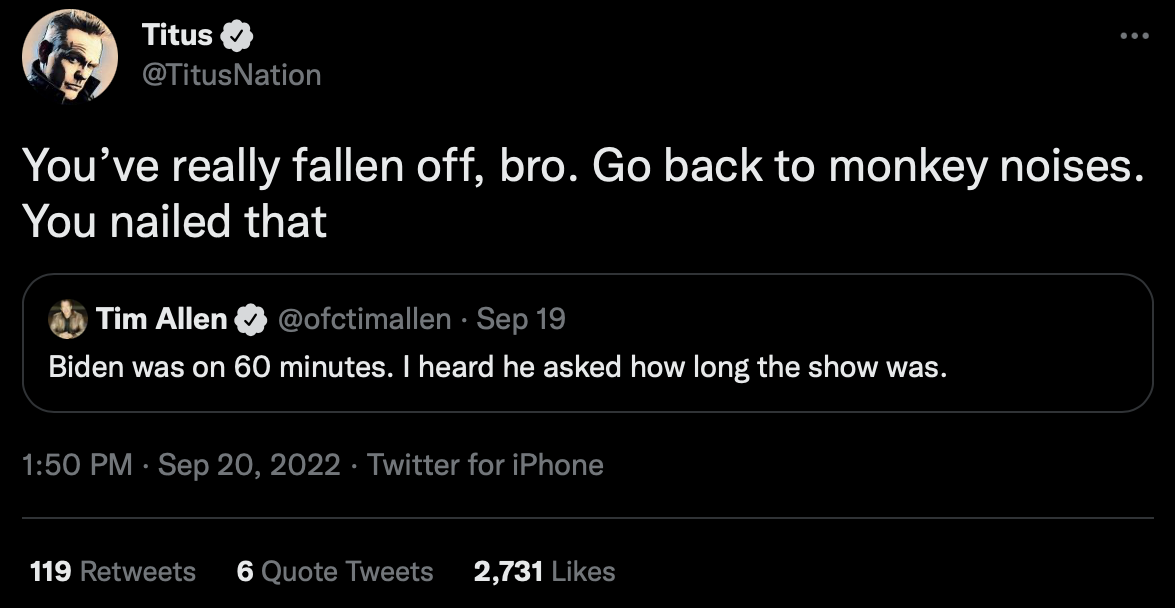 Celebrity photographer Jerry Avenaim declared that Allen’s joke “was about as funny as Wild Hogs.”

In one fairly disturbing comment, Locked On Yankees podcast host Stace Gots bleated, “I sat through two episodes of Last Man Standing, didn’t laugh once, and wanted to defenestrate myself when the hour was up.” 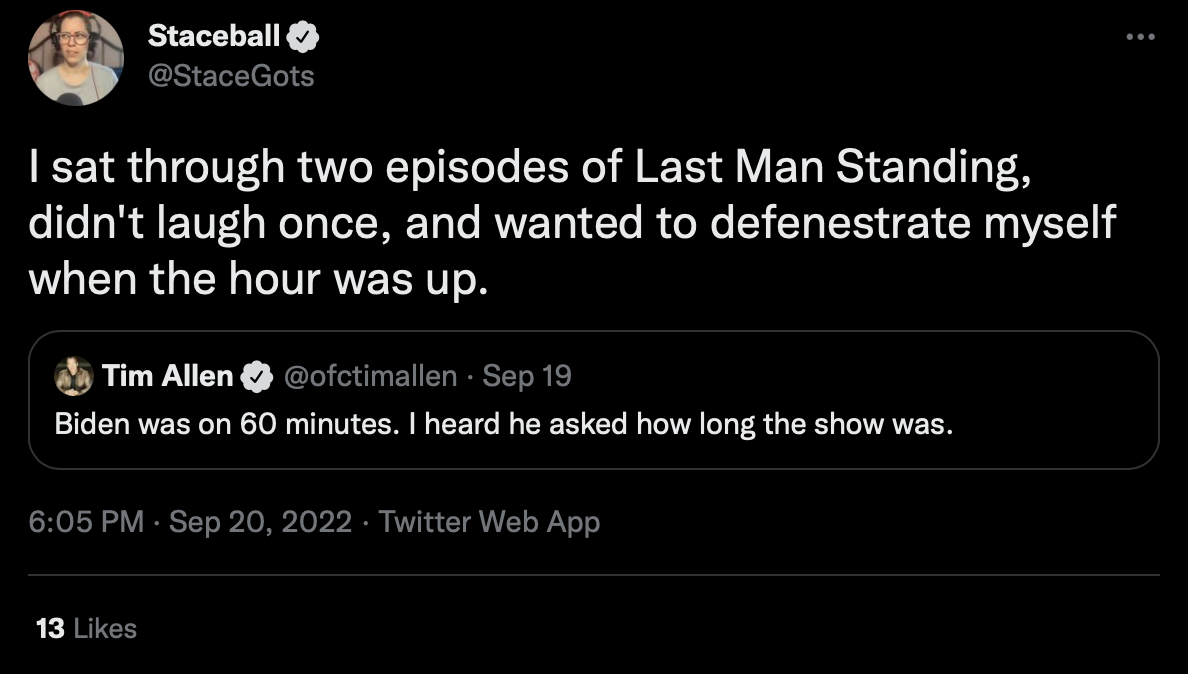 Coming in hot with a combo cheap-shot-and-unexpected-racial-swing, former NFL player Uche Nwaneri stated, “Friendly reminder this guy trafficked cocaine for Pablo Escobar’s cartel. If a black man did what he did, that brother would still be in prison to this very day.” 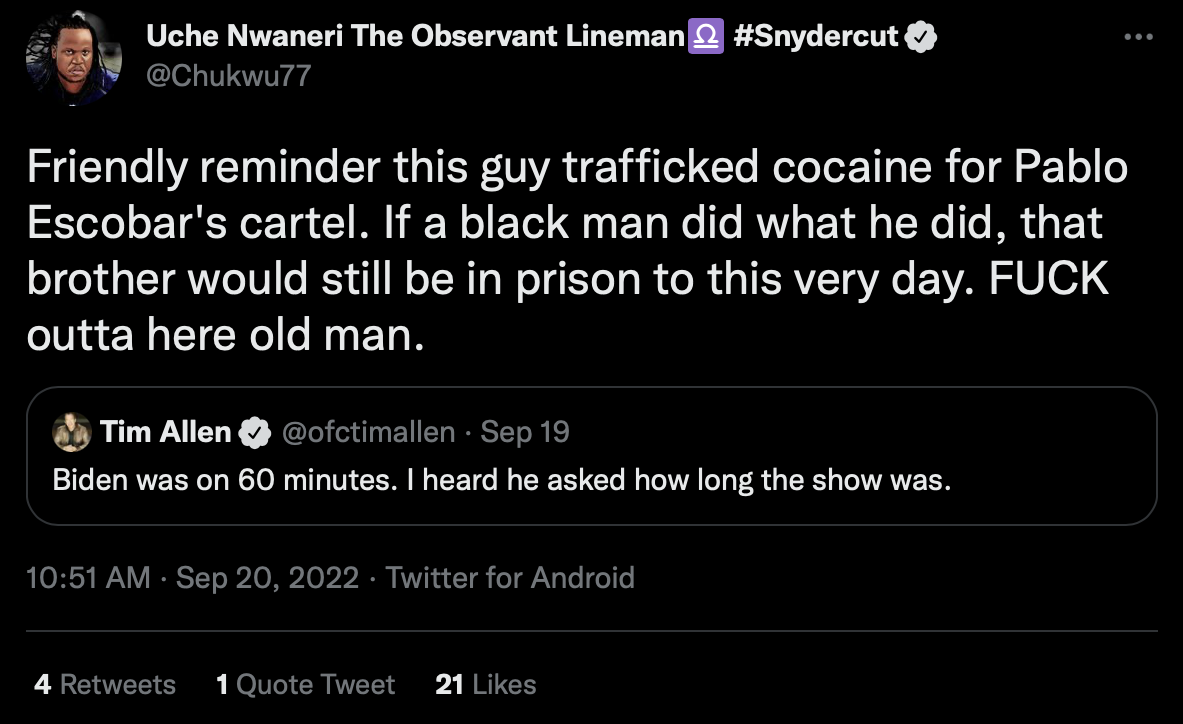 Though a sizeable number of social media kept bringing up Allen’s 40-year old past as a drug trafficker, what they fail to mention is that not only did the actor serve time in jail for his crime, but that he is not ashamed over his missteps.

In a 2021 appearance on the WTF with Marc Maron podcast, Allen openly admitted to have screwed the pooch, declaring, “I was an eff up.”

“After my old man died, I really just played games with people and told adults what they wanted to hear and then stole their booze.” 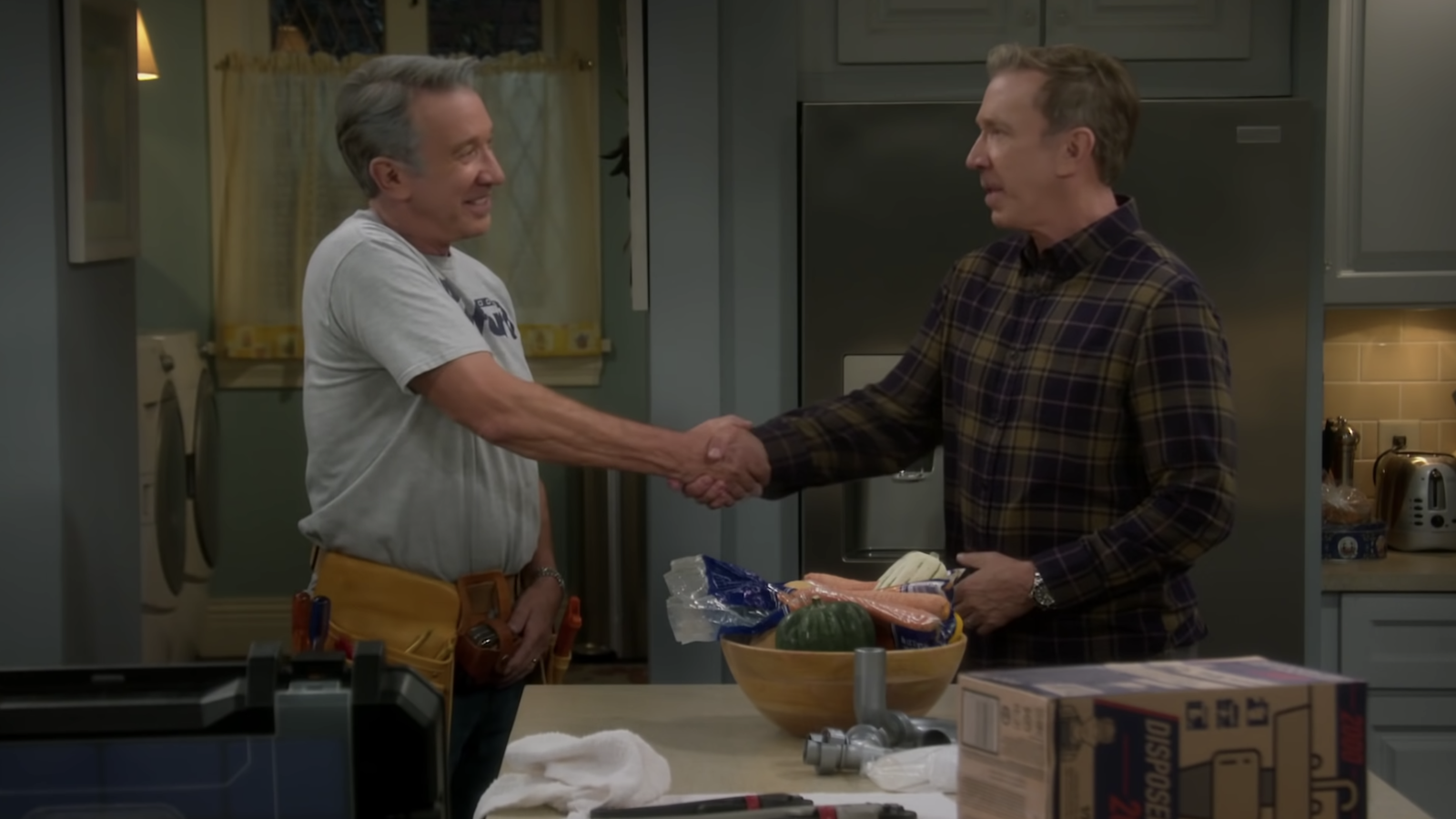 Sober for 23-years now and “grateful” for his growth, Allen says that his past experiences have helped him overcome his addictions.

“I look back on those things, this is sober guy stuff, I had so much shame at the things that I did … especially driving people around,” Allen lamented, speaking to the regrets of his actions. “Coming from a dad that was killed that way, it’s difficult to get past it.” 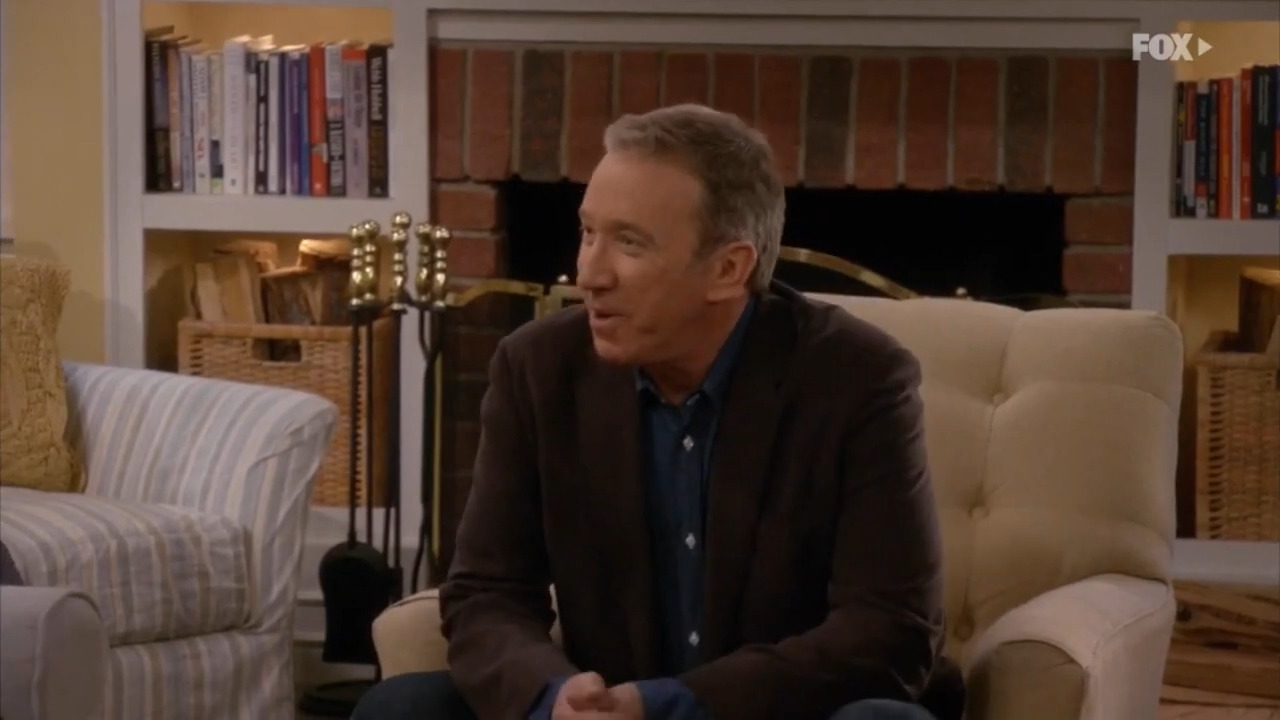 Further, though some attempted to claim Allen is not relevant any more, it should be noted that the actor will soon be reprising his role as Father Christmas in the miniseries The Santa Clauses, a direct sequel to the eponymously named Christmas film series which is set to begin streaming on Disney+ on the 16th of November.