Toy Story and Last Man Standing star Time Allen has expressed his condolences to the families of the troops who fell during the recent attacks on the Kabul international airport and the Baron Hotel in Afghanistan. 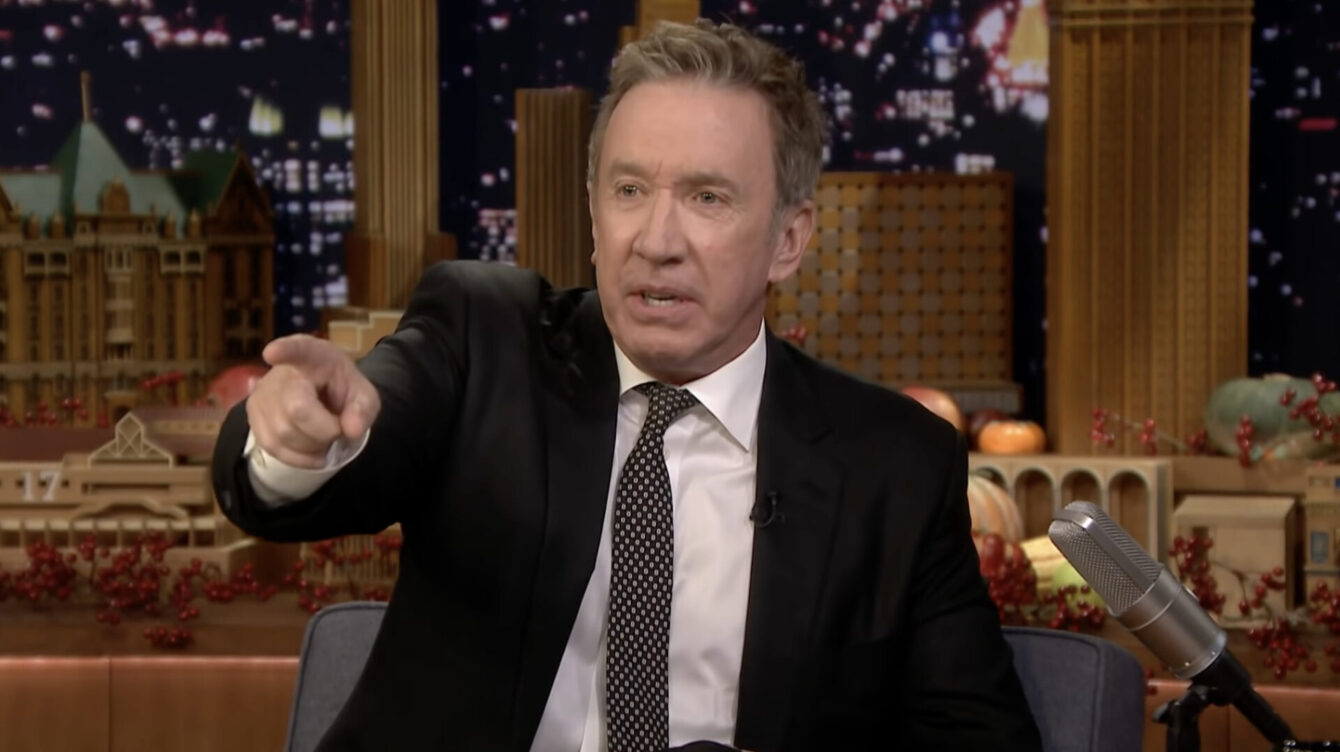 “Darkness fills my head and heart at the loss of our Marines,” wrote Allen on his personal Twitter account.

He continued, “All of us adrift in the wake of ignorant leadership and catastrophic lack planning. Deep prayers to all the families that lost so much and to all those struggling to leave.” 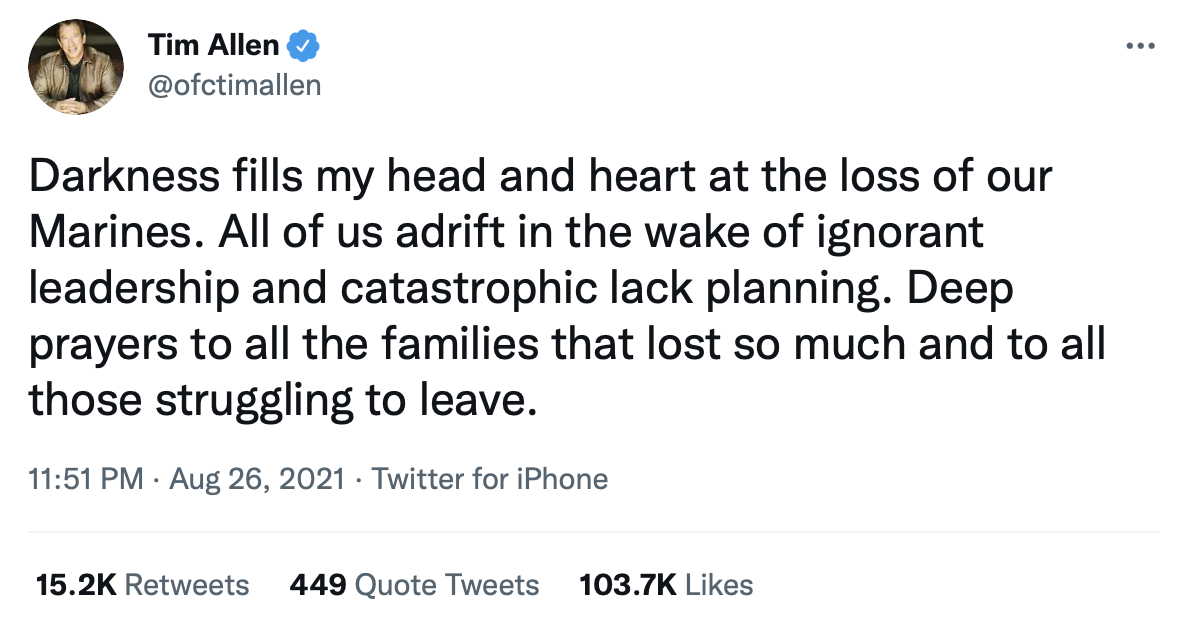 In the aftermath of the attacks, the U.S. Marines official Twitter account has confirmed that “11 Marines were killed in the line of duty at Hamid Karzai International Airport,” an update to previous reports which noted that 10 Marines had died and several others were injured.

“We mourn the loss of these Marines, and pray for their families,” read a follow-up message shared by the U.S. Marines official Twitter account. “Our focus now is taking care of the families of those who were killed, and caring for the injured.”

“The identities of those killed will be withheld until 24 hours after all next-of-kin notifications are complete,” the USMC concluded. 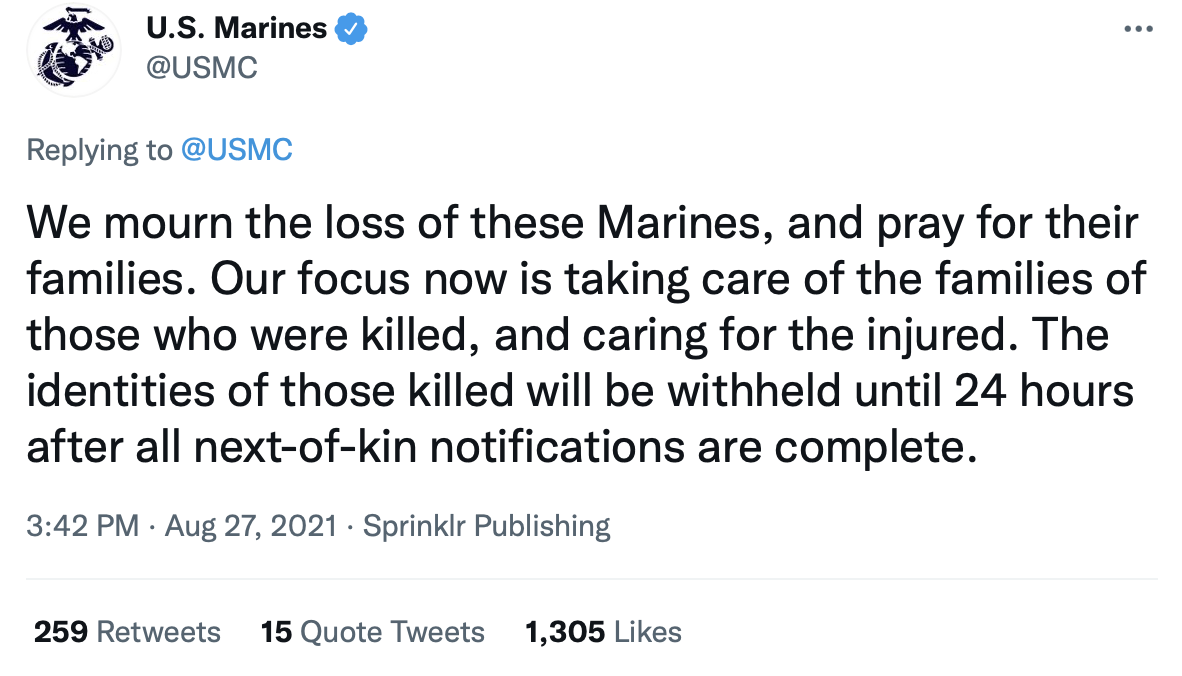 A vocal critic of the Biden administration’s disgraced withdrawal of American troops from Afghanistan, the renowned actor previously labelled the bungled exit as “shameful” and “unfocused”.

“I sit with a deep sense of shame for the consequences of this unfocused shameful exit from Afghanistan,” wrote Allen on the 21st of August, just days after the Taliban took control of Afghanistan. “So sad at our blood and treasure who lost life and limb. Forgive the rest of us for not demanding more of your leadership.” Concluding with, “Bless you all brave warriors.” 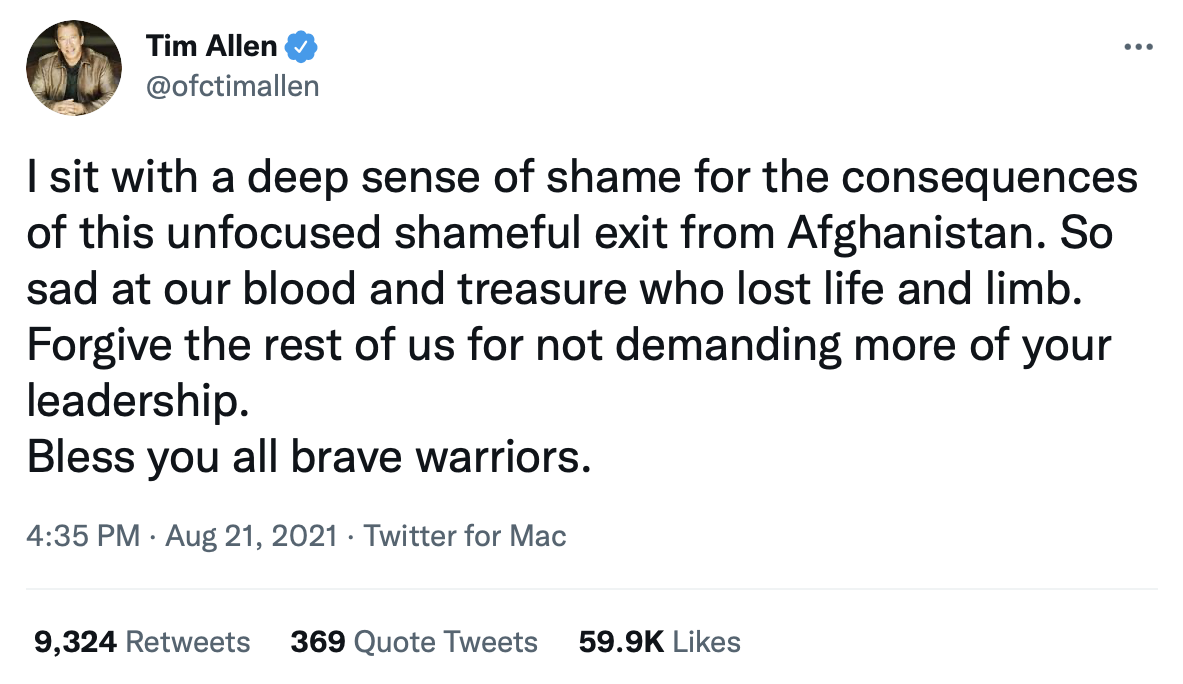 “‘In the councils of government, we must guard against the acquisition of unwarranted influence, whether sought or unsought, by the military-industry complex,'” read the quote from Eisenhower. “‘The potential for disastrous rise of misplaced power exists and will persist.'”

What do you make of Allen’s comments about the events currently taking place in Afghanistan? Be sure to let us know your thoughts in the comments section down below or on social media!