In Smile, audiences are introduced to Dr. Rose Cotter (Sosie Bacon, Scream: The TV Series), an emergency psych unit therapist finds purpose in providing comfort and safety to any and all individuals who pass through her walls. 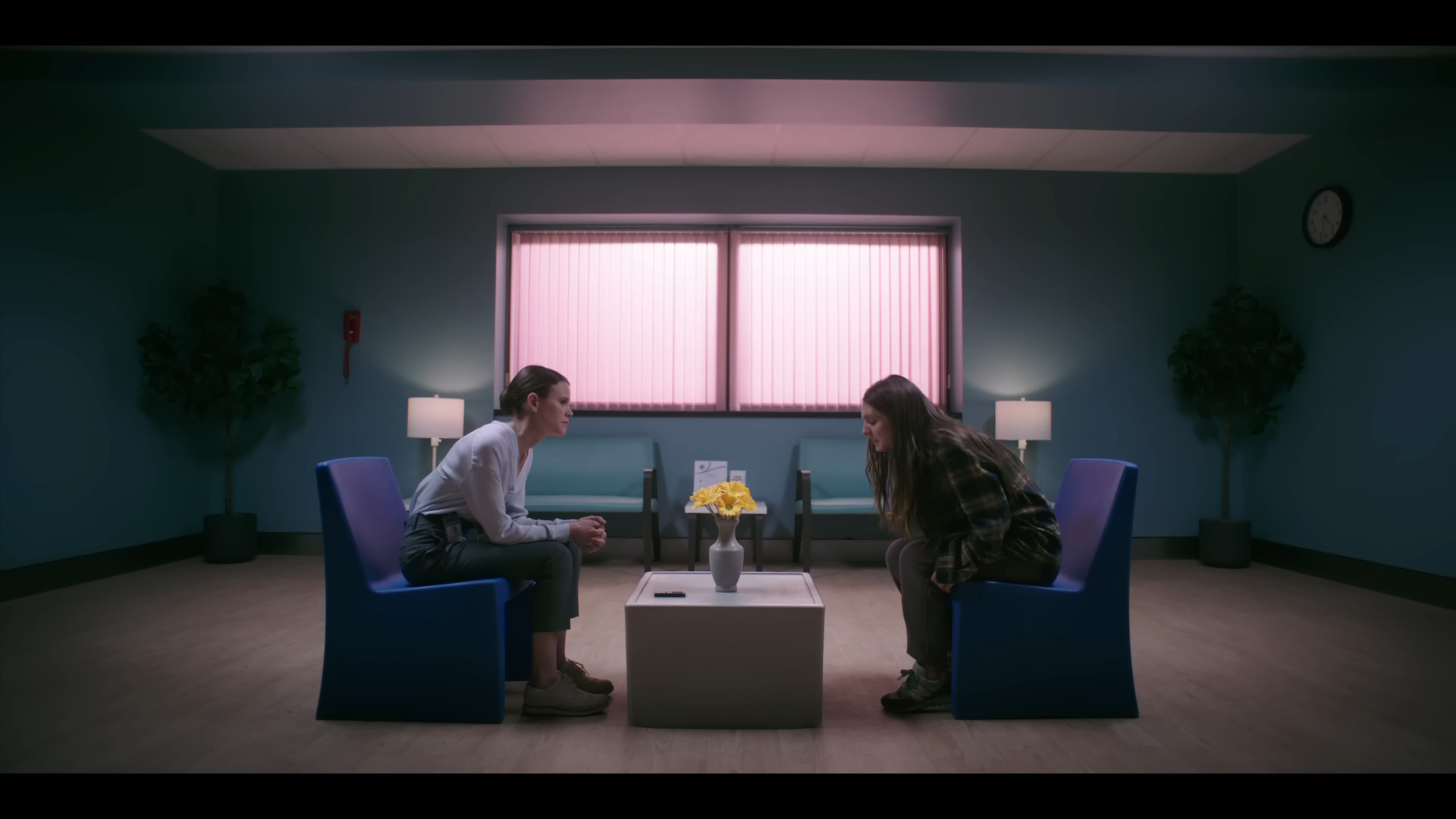 But that all changes when she meets a woman who claims to be haunted by hallucinations of something wearing other people’s faces and smiling – a terrifying expression which implies incoming doom or terror.

Right after this meeting, the woman brutally kills herself in front of Rose, sending the therapist spiraling down a twisted rabbit hole of unexplained insanity.

The feature-length debut of writer and director Parker Finn, Smile seems to be loosely inspired by the 1998 Denzel Washington film Fallen, wherein after being executed, a serial killer is possessed by a demon that jumps from person-to-person via physical touch.

Smile plays with a similar concept, except that the ‘curse’ in this film jumps via the possessed individual committing suicide in front of an unsuspecting victim and each person only lasts four-to-seven days after the incident before succumbing to their supernatural affliction. 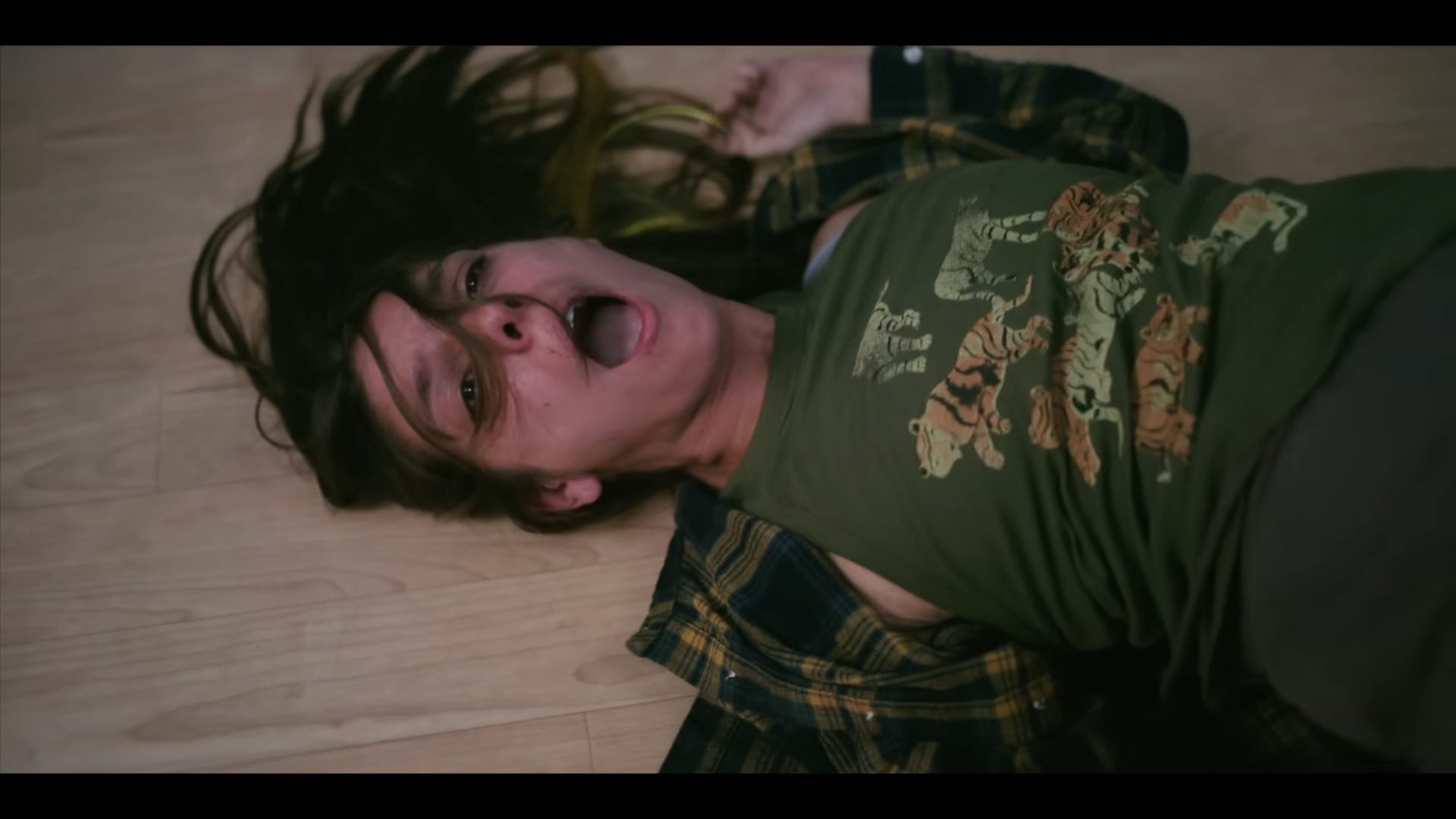 An interesting aspect to Smile is that its protagonist, Rose, has a troubled past of her own, having watched her mother die of a drug overdose when she was just 10-years old.

This traumatic incident inspired her career as a therapist, and has driven her to busy herself with 80-hour work weeks for months at a time.

Thanks to this piece of her past, Rose’s attempts to escape from and solve the mystery of the curse are not taken seriously by those around her, as rather than take note of her warnings, the weight of her life has finally pushed her over the edge of sanity. 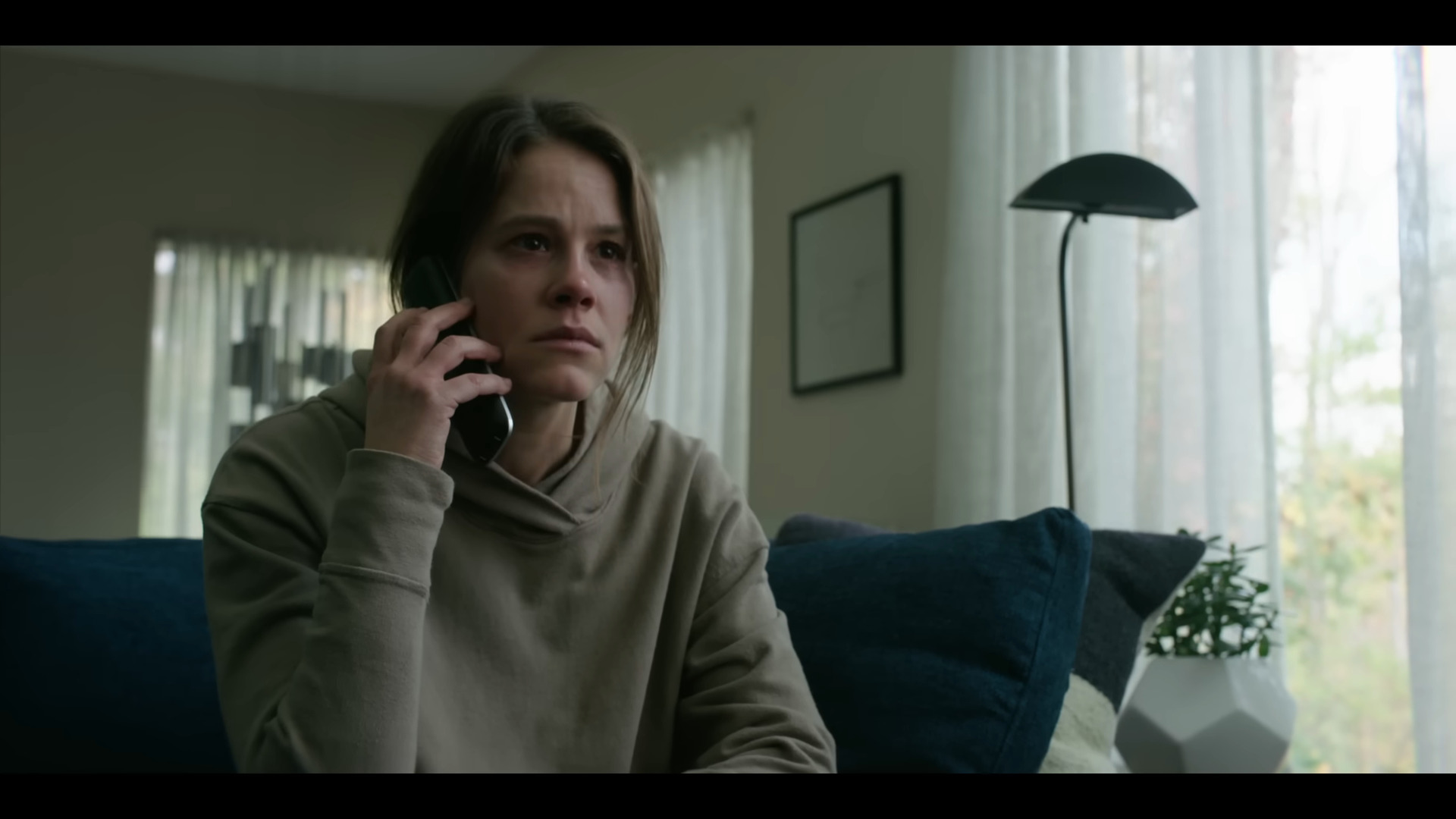 The cast delivers fairly strong performances all around, in particular Bacon, who, in what was surely an exhausting role to portray over such an extended period of time, quivers and shakes her way through outright hell, all the while teetering on the brink of total madness.

She powers through every instance of psychotic disintegration with a feeble yet commanding presence. 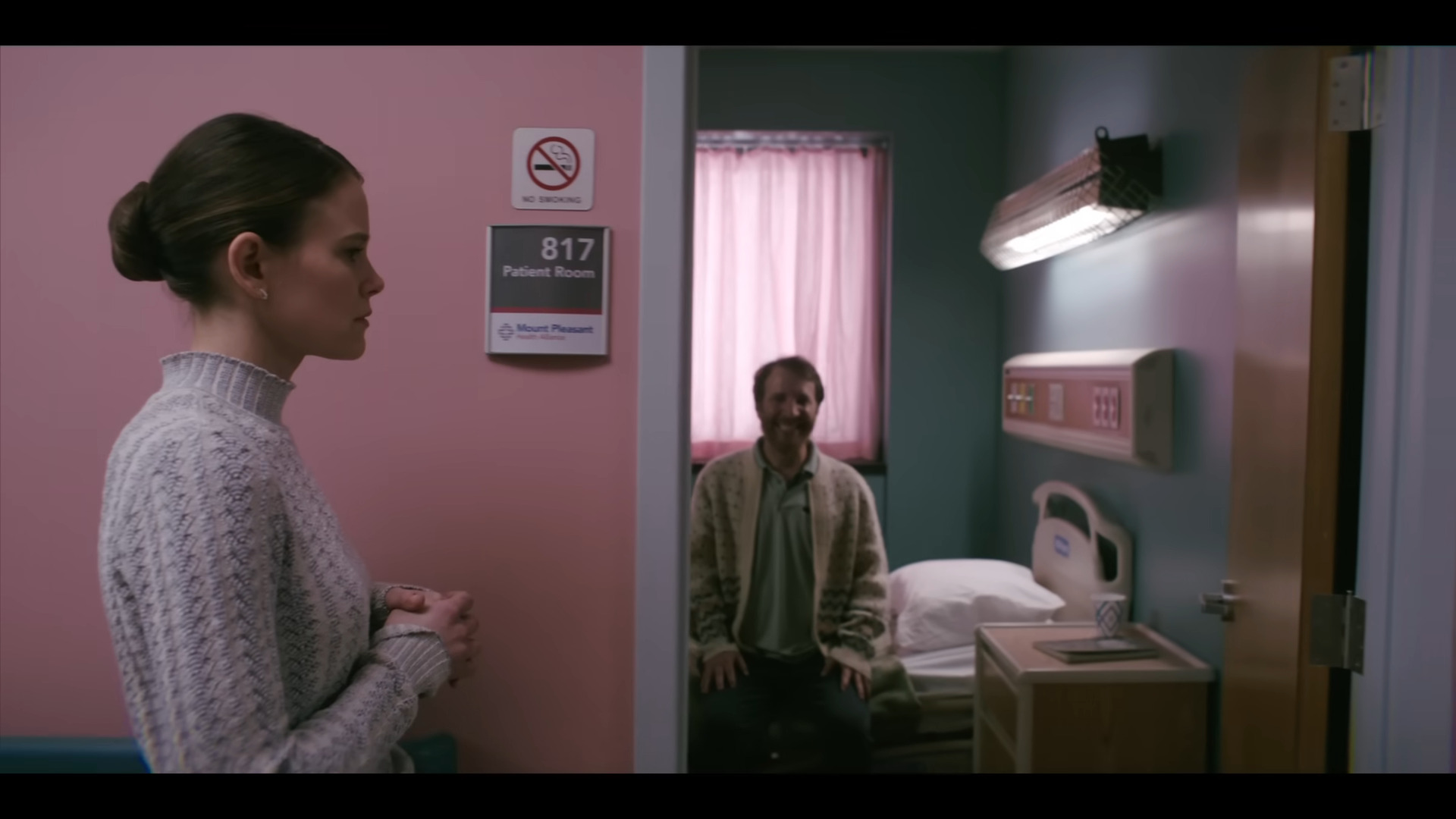 Smile also presents a number of exquisitely-crafted nightmares and off-the-wall hallucinations, all of which offer some of the biggest ‘WTF’ moments – as well as two of the most memorable and horrific face-ripping sequences – of any horror film in recent memory. 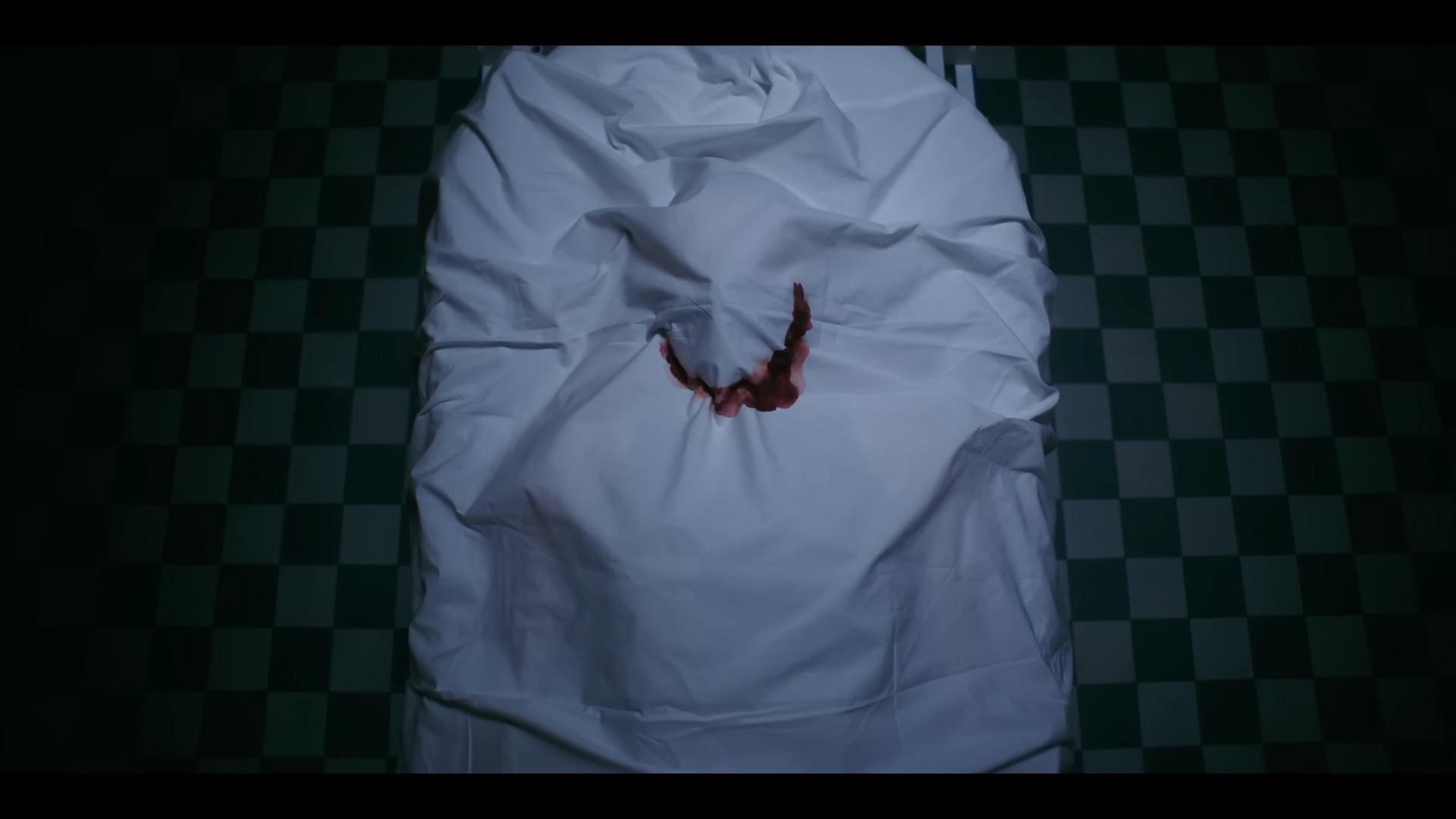 It begins with one of the most unsettling renditions of the Happy Birthday songs ever and sees an aunt give an undeniably traumatizing birthday gift to her nephew, all the while the whole setting slowly crescendoing into pure and almost incomprehensible hair-raising senselessness. 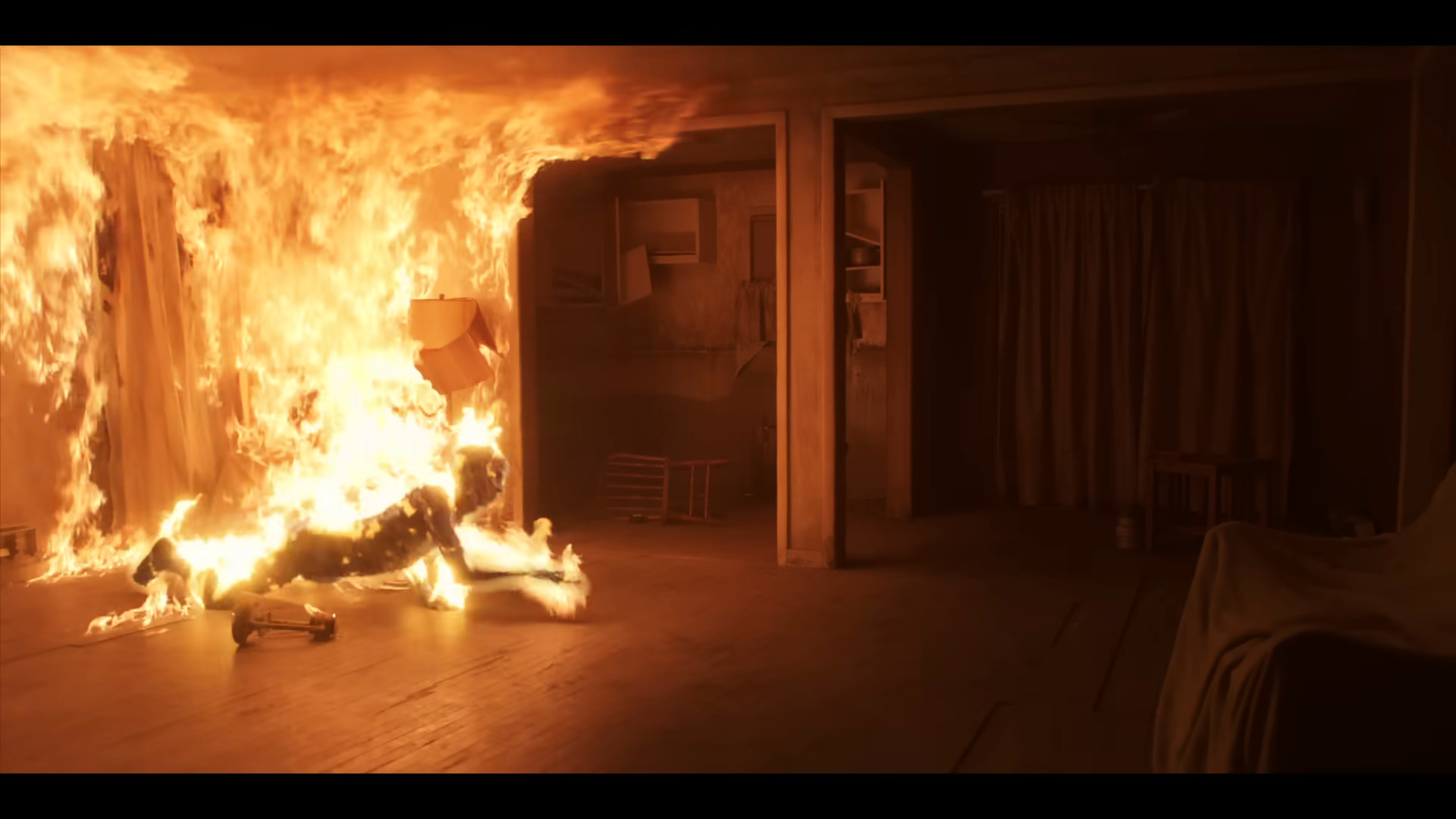 Ultimately, the film’s most lasting moment comes from Rose’s inevitable face-off against her enemy at the end of the film.

It’s every bit as Cronenberg-esque and inexplainably horrifying as the finale of Alex Garland’s Men. 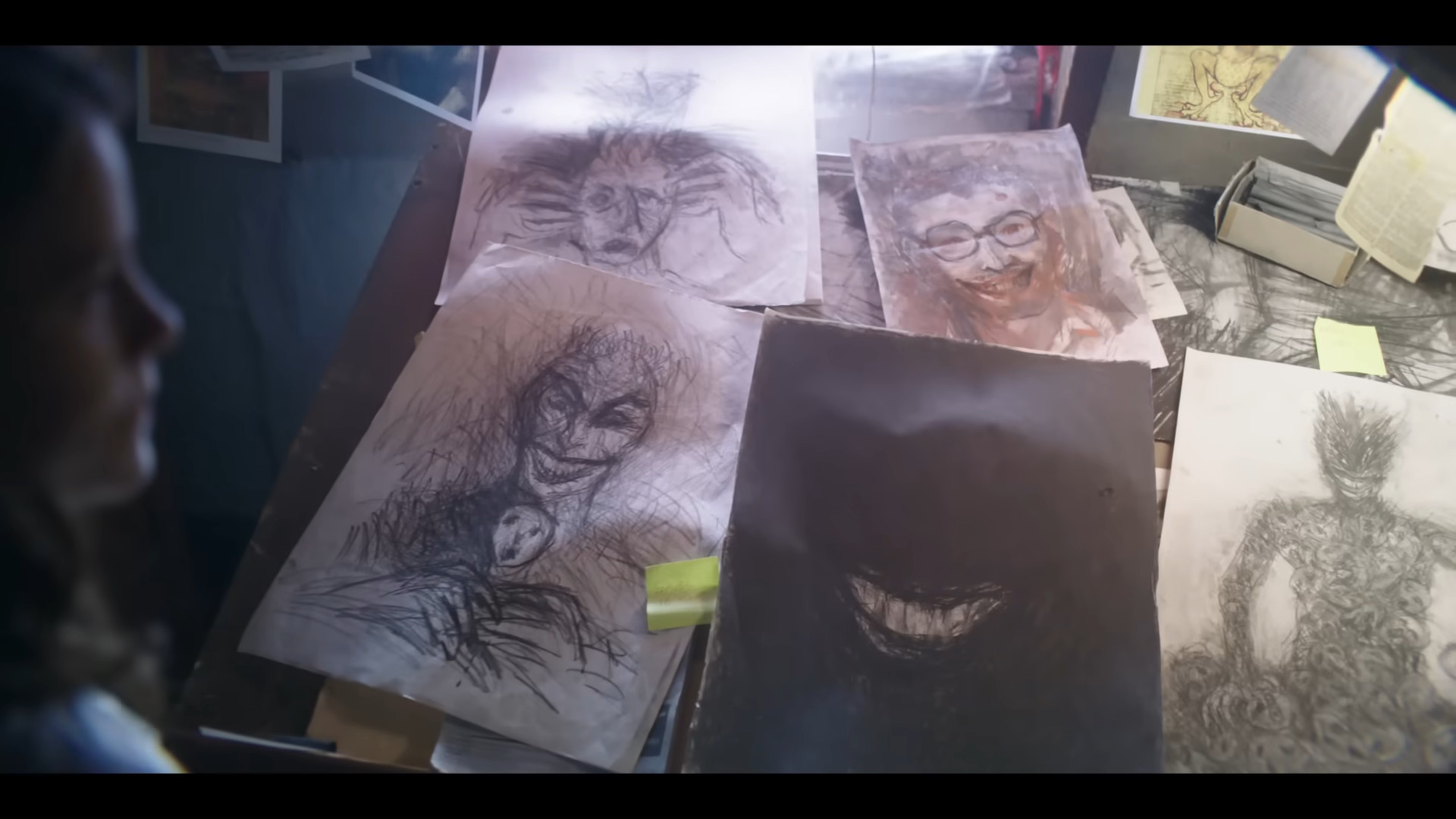 Yet, Smile doesn’t always succeed in its attempts to break your mind or scare you, and is often more overzealous or cliché than it likely intends to.

The upside-down and tilted cinematography used when someone is driving through the countryside, a la The Shining, is a neat trick but becomes tired the third or fourth time its utilized. 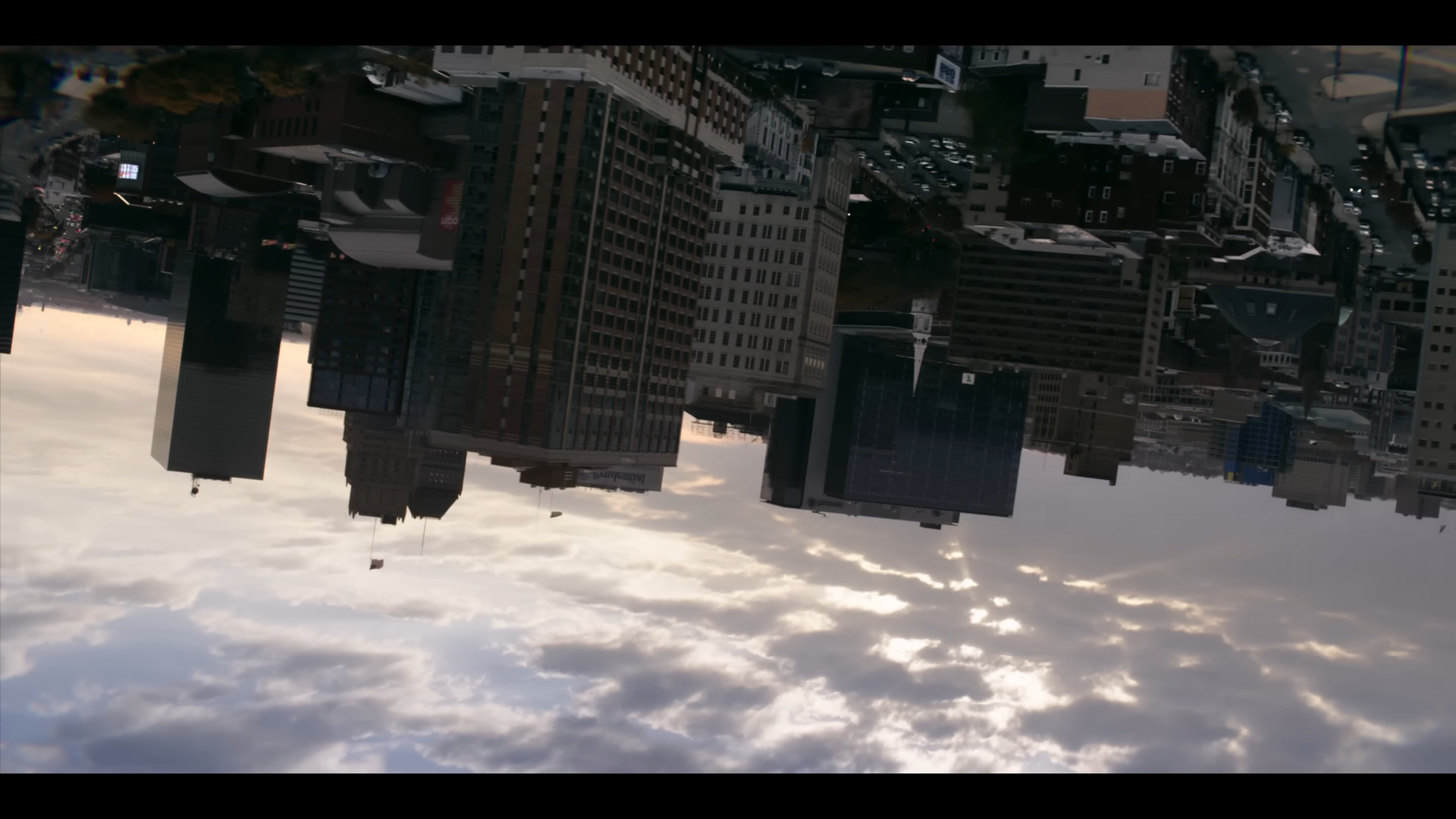 The jump scares, particularly a laughably loud house alarm and an unbearable ringing phone, are noticeably obnoxious and serves as nothing more than typical horror genre bait.

However, the jump scares that follows immediately after the latter that is both masterfully done stands as one of the film’s highlights. 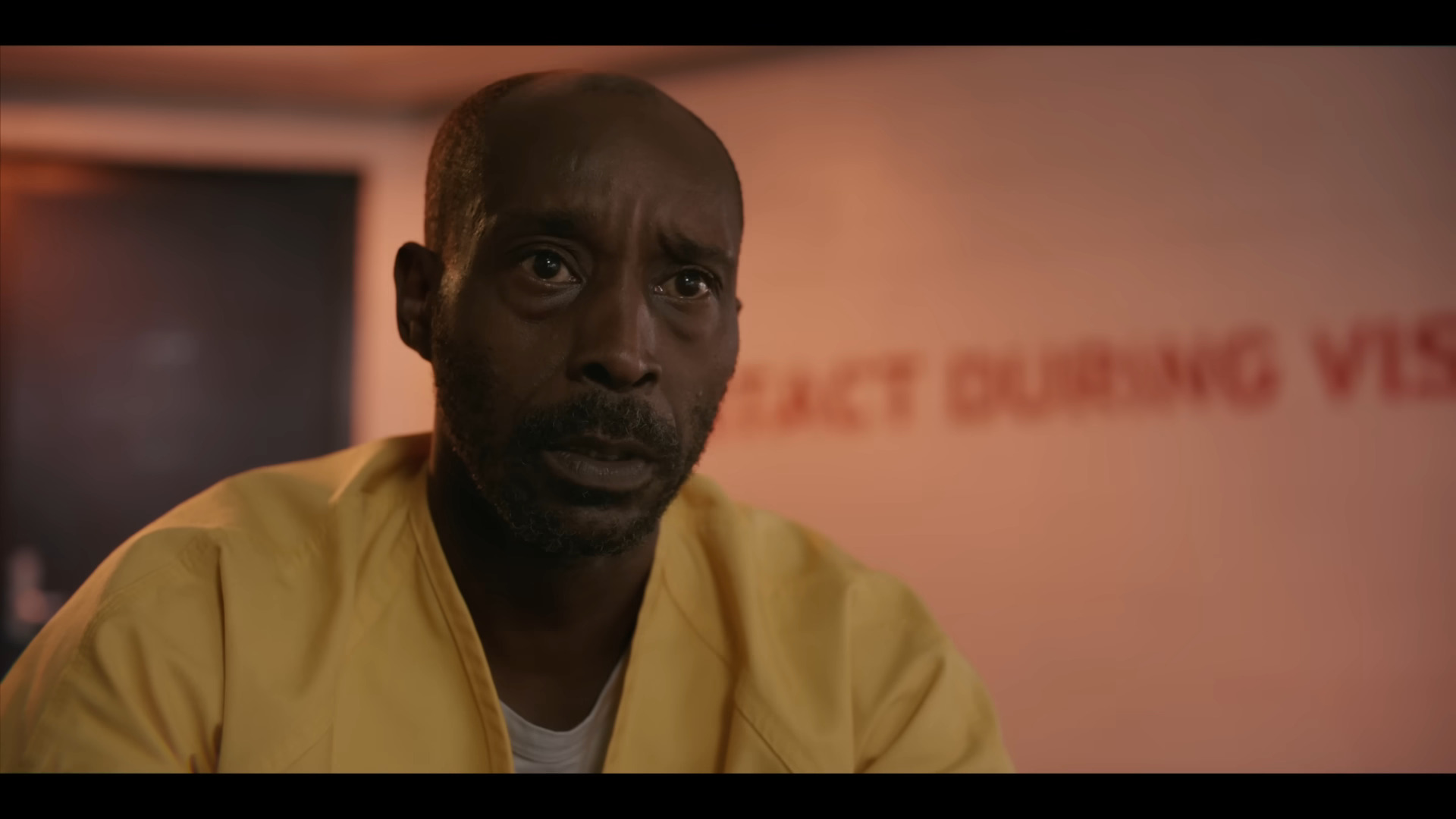 Smile also relies too much on keeping its audience guessing on whether what’s occurring on screen is either taking place in reality or solely in Rose’s head, though admittedly, this does slowly build towards at least one scene towards the end of the film that is absolutely awesome. 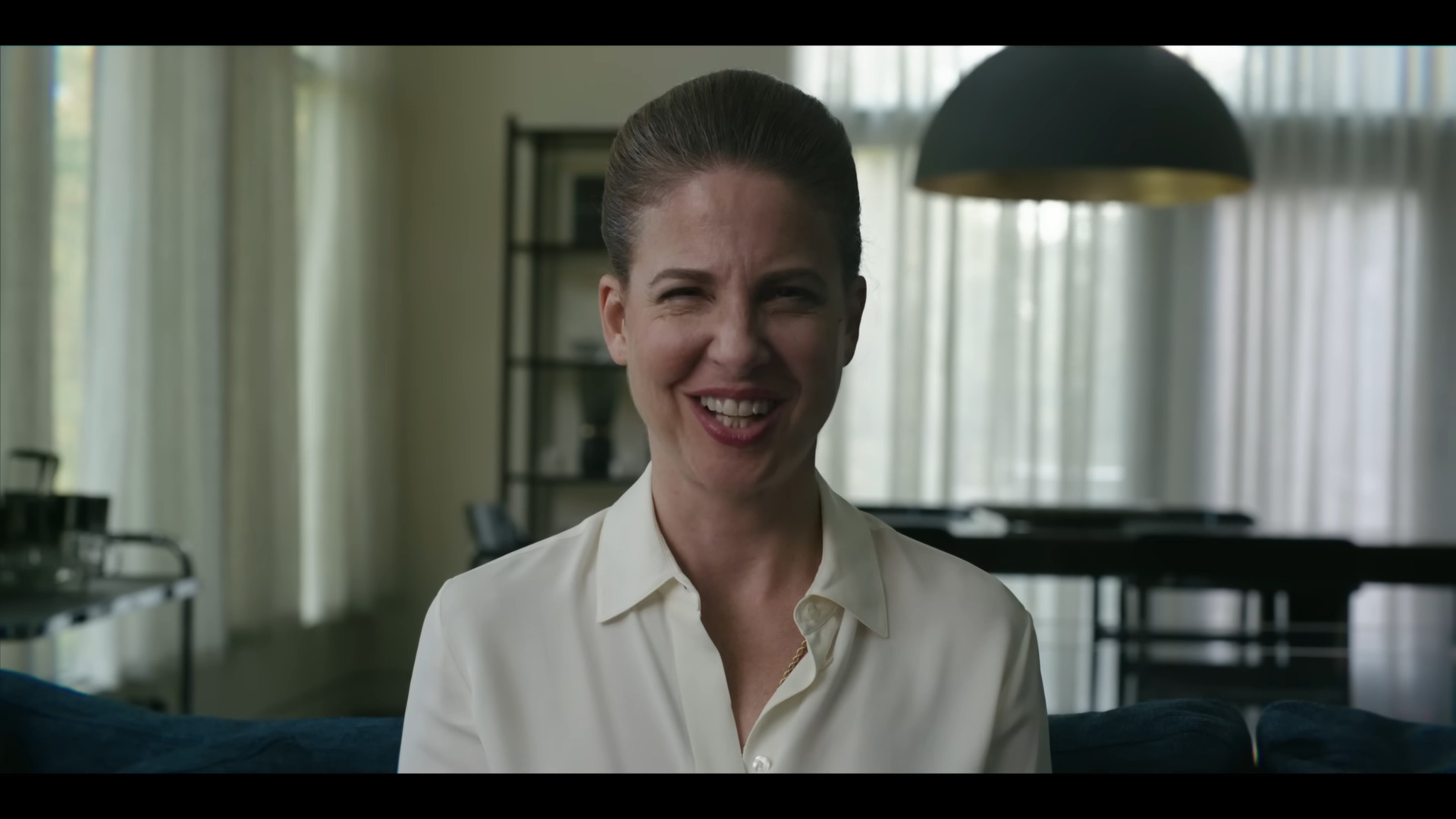 And while interesting, the film’s focus on Rose’s research and detective work also makes the story drag just a bit in its second half. 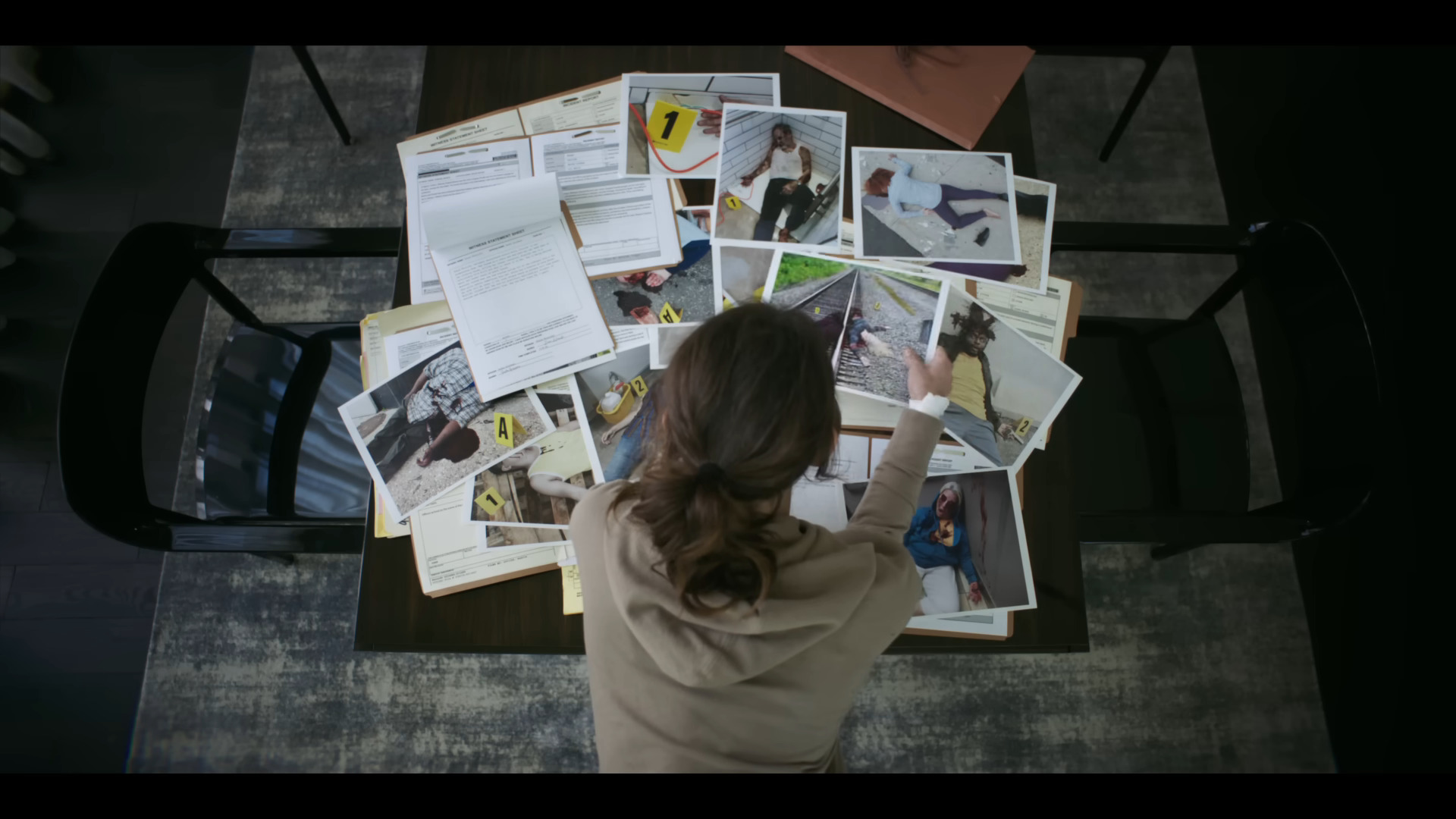 At times, Smile feels like it’s trying too hard to subvert your expectations of typical horror tropes in order to try and do something different than what audiences are expecting.

It swings for the fences in its pursuit of weirdness, gore, and overall goal of melting its viewers’ brains, but thanks to its sluggish pacing and focus on bizarre horror over storytelling, the end result ends up in the outfield rather than the stands. 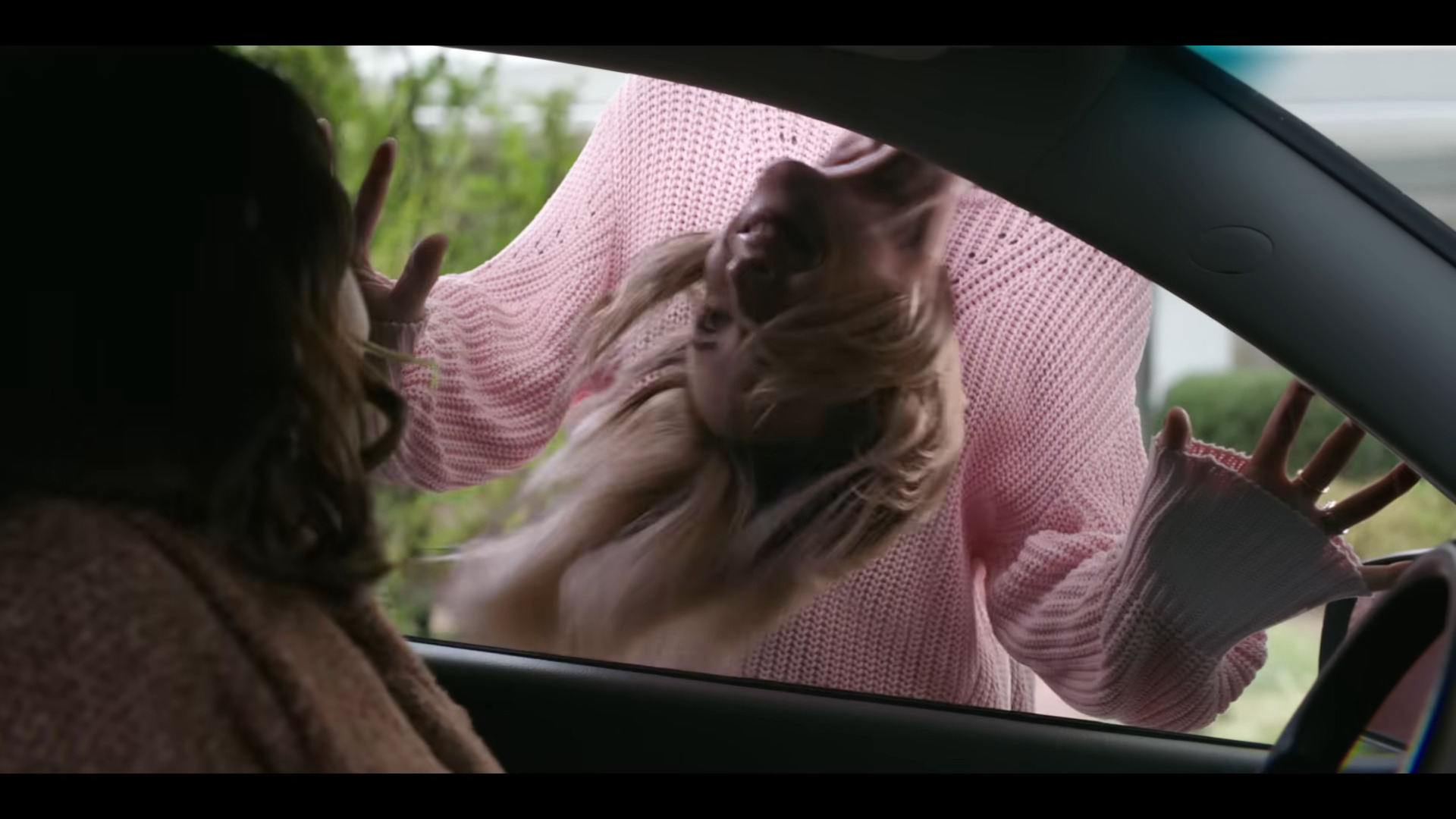 But for a first-time director, Finn shows potential as a horror filmmaker, especially if he’s able to iron out the aforementioned issues by the time of his next production.