A whistle-blower who exposed alleged sexual harassment at Rocksteady Studios has revealed she rejected money for resolution. While she demands an apology, Warner Bros. insists there was “no evidence” of allegations being true, and complaints “were handled appropriately and sensitively.” 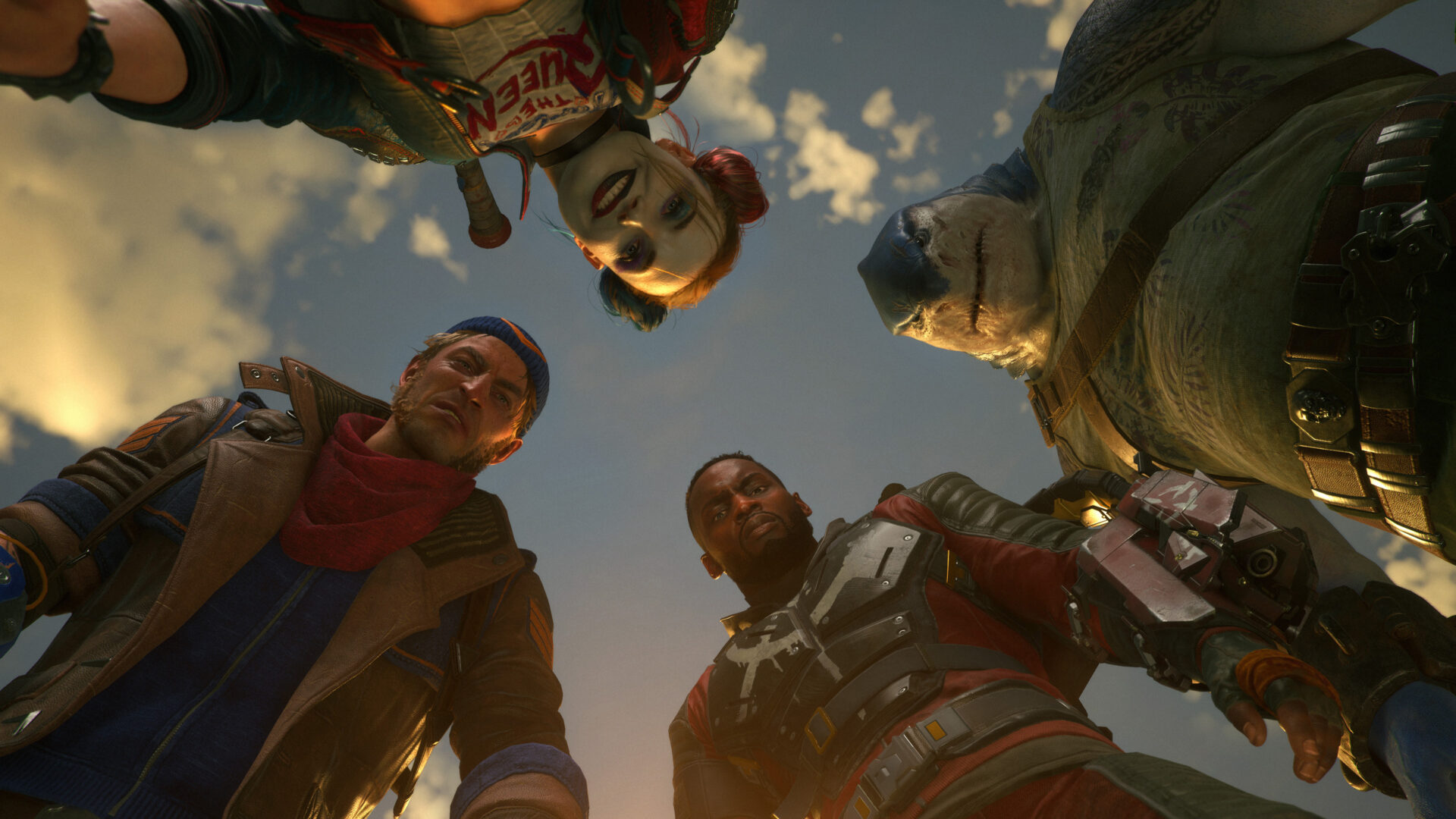 In 2020, The Guardian reported that out of the 16 women who worked at Rocksteady, 10 of them complained about alleged sexual harassment and other poor treatment.

In a co-signed a letter to studio bosses, the women claimed that across the two prior years there was “unwanted advances, leering at parts of a woman’s body, and inappropriate comments in the office.”

The anonymous woman who shared the letter with The Guardian had also heard of allegations of groping involving male senior staff, and also criticized the sexual designs of Poison Ivy and Harley Quinn in prior Arkham games. “Rocksteady doesn’t have the best reputation for representing women […] Sometimes you could see the surprise on their face when you said that’s not how women dress.” 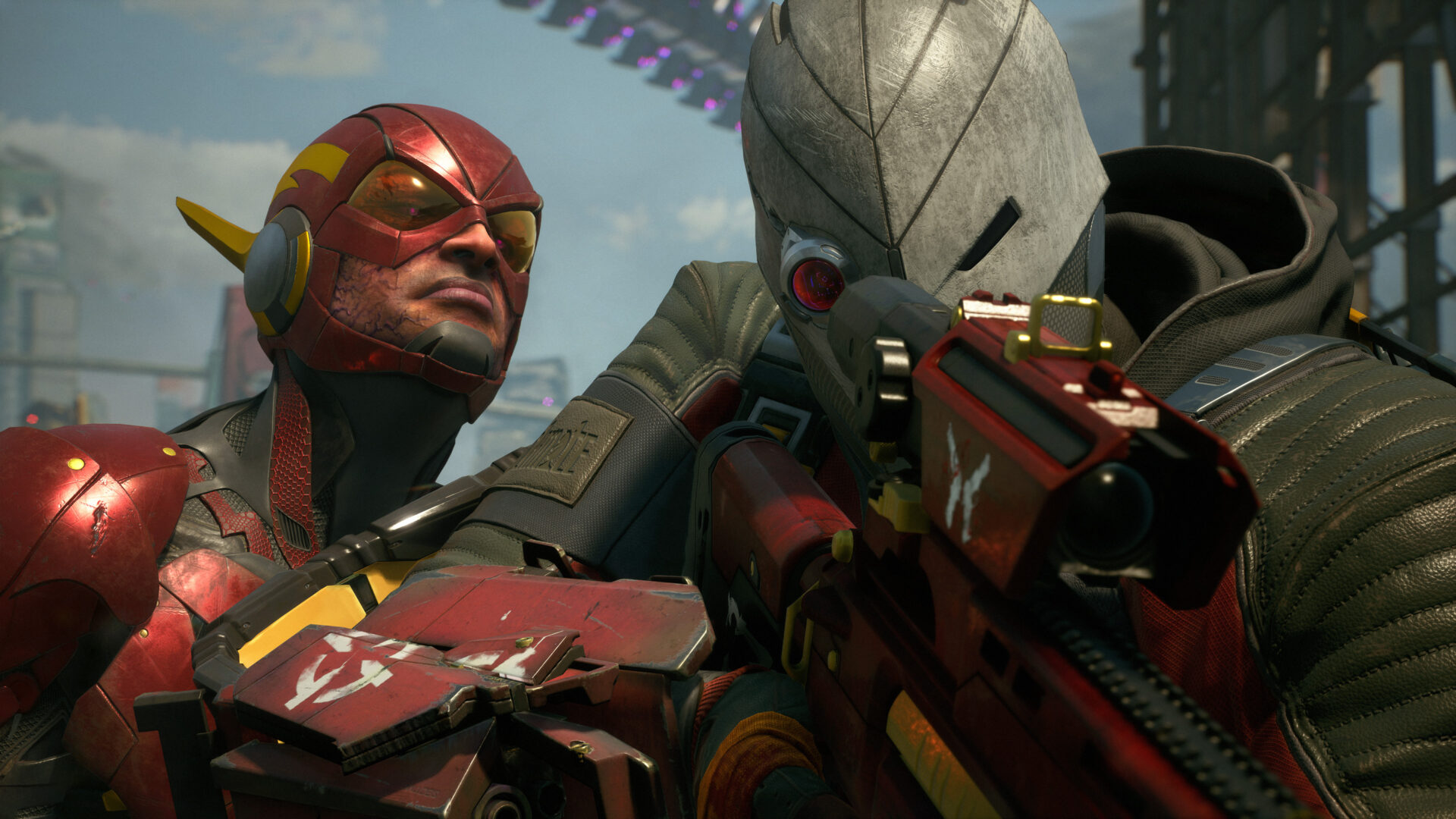 Poor behavior also included “slurs regarding the transgendered community,” and “discussing a woman in a derogatory or sexual manner with other colleagues.” The women also felt how bosses handled this was poor, with one hour-long training seminar, which all attendees signed a statement confirming their involvement thereafter.

The Guardian reported “multiple” women who signed the letter left Rocksteady due to the lack of meaningful action. The letter was initially kept out of the public eye as the women feared leaving the company after the complaint would result in them not being credited for the upcoming Suicide Squad: Kill The Justice League.

After the Guardian’s report, Rocksteady confirmed they had “received a letter from some of our female employees expressing concerns they had at that time, and we immediately took firm measures to address the matters that were raised.” After The Guardian reached out for comment, management reportedly held a meeting with all staff, therein acknowledging the letter openly for the first time. 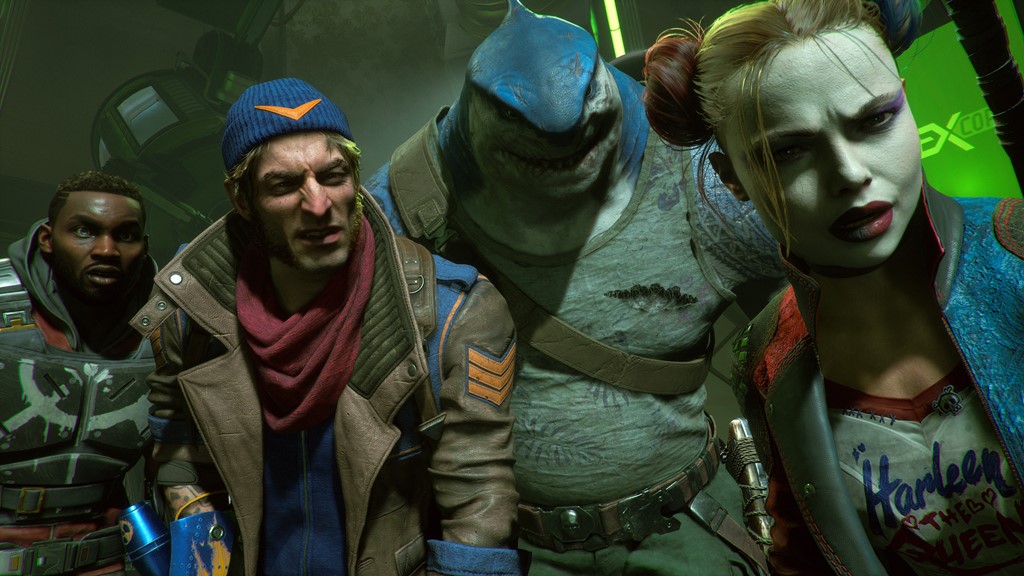 The woman who exposed the letter also revealed herself after the report. Former Senior Scriptwriter Kim MacAskill claimed in a video that things had got worse at Rocksteady after she left. Reiterating she had experience sexism with “one particular individual” and that the vast majority of those at Rocksteady were “kind and respectful,” she further detailed one woman’s sexual harassment.

She claimed the woman had not only endured multiple gropings from a male colleague despite protesting, and received multiple “messages” in the evening. When drunk the man would also tell his colleagues that they were sleeping together. Despite imploring HR to step in, the woman had to work with that male colleague while they investigated; a process that could take months. 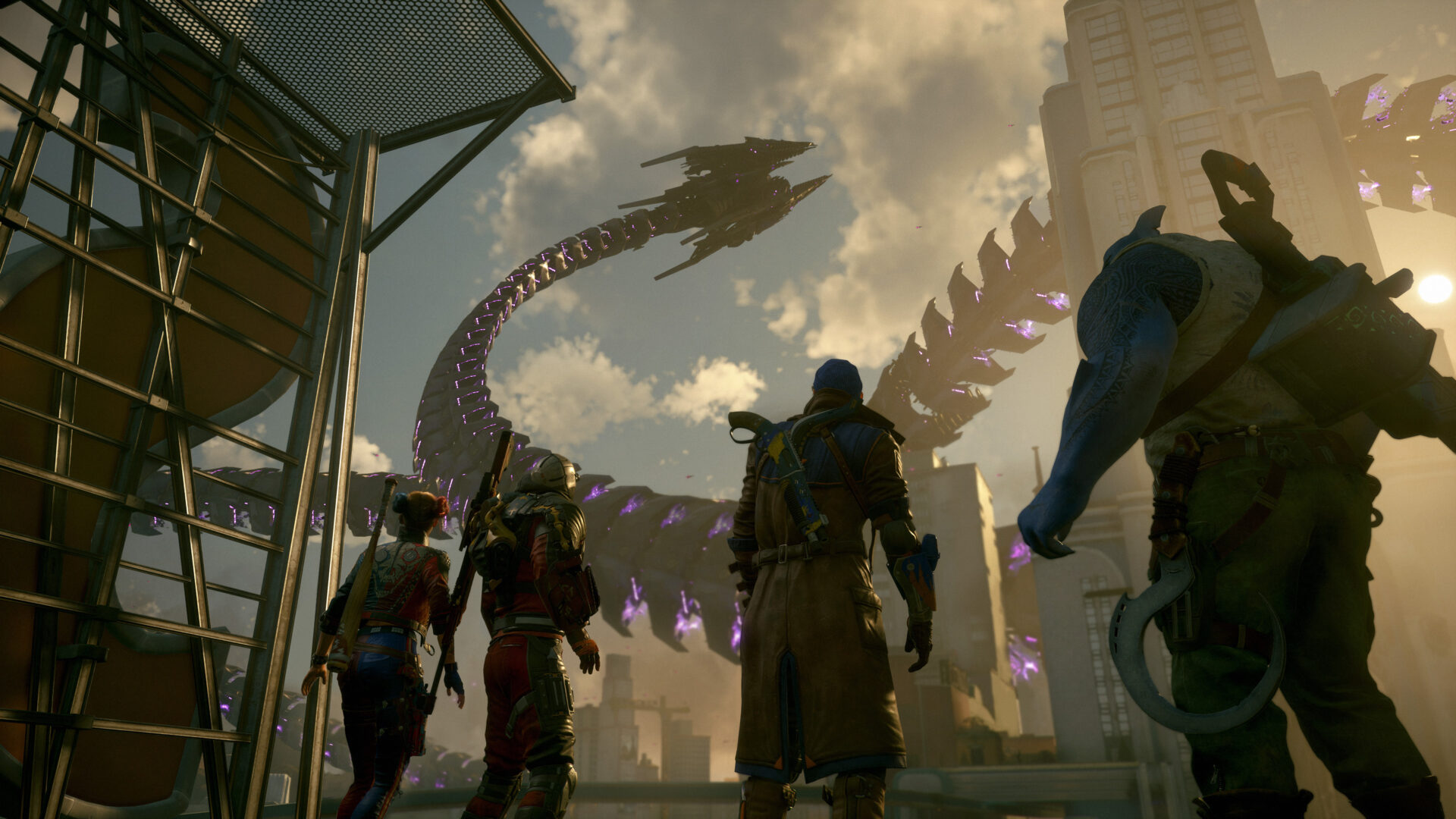 MacAskill also explained “no one asked if we were OK,” and that those who complained were ostracized by their colleagues. When drafting the letter and speaking to other women, she now claimed “only one” woman at the studio had no sexual harassment claim, aside from two who worked in HR and were not asked. One woman allegedly also had complaints going back to 2015 with HR “doing nothing.”

She also claims HR had attempted to stop MacAskill from creating the letter “at least twice,” along with upper management telling her continuing would “potentially jeopardize my position within the company” and other companies for being seen as a “troublemaker.” Rocksteady then allegedly told her they could no longer “afford her,” yet replaced her within the month she left (in 2019).

What inspired her to speak out yet again was that “It’s only taken a couple phone calls for me to realize this behavior is still f—king happening. It’s like, all of our effort meant for nothing. And that makes me feel… it’s more than anger, it’s proper humiliation. Proper, proper humiliation.” MacAskill publicly asked for her credit be left out of Suicide Squad: Kill the Justice League in protest. 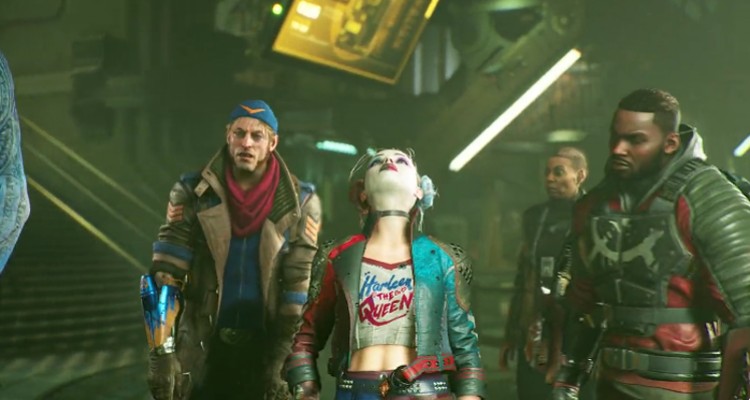 MacAskill has spoken out again, sharing a fairly lengthy thread on her personal Twitter account. “Unfortunately, I’m bowing out from the lifetime achievement nomination for @wigj (women in games),” she revealed. “I don’t need sympathy or hatred but simply understanding. I’m so sorry to those that voted.. @warnerbros – take accountability. @RocksteadyGames , you can’t sweep mistakes.”

Speaking further in the enclosed image, the former senior scriptwriter explained “It’s important to note the respect I have for women. For women of all walks of life. Most significantly to WIGJ who are headed by people I look up to. I never ever wanted to be in this position. As the nomination suggests, I strive to make the industry a better place and a core factor in motivating that is an unchanging moral compass.”

“It’s a hard thing to bring up things from 5 years ago. Many (inc those that really care about me) would love for me to move on… but I can’t. When I received the nomination, I couldn’t sit for a whole day with beaming pride,” MacAskill disclosed.

Unfortunately, I'm bowing out from the lifetime achievement nomination for @wigj (women in games). I don't need sympathy or hatred but simply understanding. I'm so sorry to those that voted.. @warnerbros – take accountability. @RocksteadyGames , you can't sweep mistakes. pic.twitter.com/XIYoruQ0uZ

“I saw a problem with Juniors struggling to get a break, I stood up, I asked for change, I pushed for change, I spent endless hours founding a scheme called Play it Forward and the industry LISTENED,” MacAskill exclaimed. “Anytime you speak up, you never know if you’re misinformed or not.”

“Why could we be having this issue? Is there something I’m genuinely missing and am I now embarrassing myself?” the scriptwriter asked. “These are the gambles of being lippy online and luckily for many, this one was worth it.”

“But then I saw Warner Bros – Rocksteady’s logo on the poster and all that joy just sank. 5 years ago, this company didn’t just knock my confidence, it distorted my every thought on myself and what I was worth. All because I was a woman. At one point I led a letter signed by 10 out of 16 women to say that harrassment [sic] and sexism was out of control,” MacAskill maintains.

“Now let me remind you, since this went live a lot of the women stayed and even spoke against me in saying the company is better/ wasn’t that bad …but even if that were true (it isn’t),” MacAskill insists” that letter happened. The creation of which still exists in a video online titled ‘dear rocksteady’.”

“I lost my job (suddenly they couldn’t afford me and I had to find a job before my contract ended. They never apologized. It was a real test of how I saw myself. How confident I felt in raising concerns and frankly, some other women. After an investigation, there were resolution offers,” she revealed.

“Theyve [sic] offered me money. Lots,” MacAskill claimed. “They’ve offered to put my name back on the game… something the studio director refused to promise after my departure (classy). They offered some cool stuff. But I’ve said no. To all of it. THAT is my moral compass. It’s the same one that wants to help Juniors and the same one that knows when a company trying to buy a conscience.” 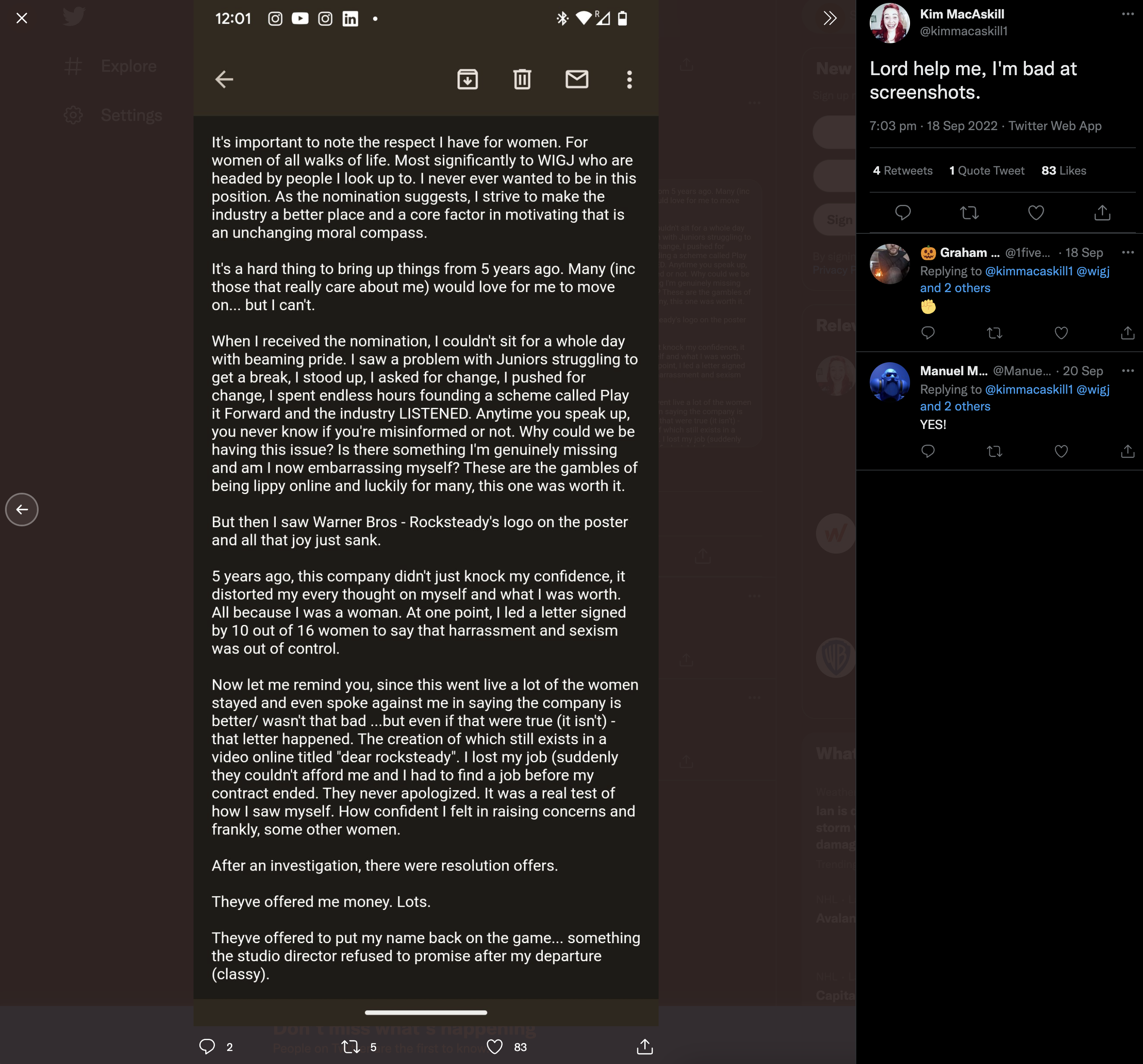 “If I sell my principles, I undo everything that matters to me. It would kill any fire in my belly to make a change. All I want is an apology and last week, I even asked for it. Hell I half begged. I just want this to be resolved but not like that. Not with money,” MacAskill hoped. “How does anything change that way? Somehow in 2022, an apology is still too great a cost for Warner and Rocksteady to bear.”

“To anyone who thinks I enjoy turning down awards and credit for a glimmer of attention, what do I have to turn down next to prove myself?” she retorted. “It only ever costs me and any ‘attention’ will be old news tomorrow. Warner Bros investigations are crooked. Rocksteady is image over intention. To take an award connected to them would be an unspoken acceptance of what they did.”

“Again, thank you to everyone who has supported me, celebrated with me, been sad with me and to Women in Games, I only ever support you. I offer my shield and support to all other nominees – take this and be proud. It’s just not my year… even if the concept of being a woman, for this award, standing down because of a connected company that almost broke me for having a vagina seems bizarre,” MacAskill derided.

“To Warner and Rocksteady. Take accountability,” Macaskill demanded. “Apologise. Stop enabling bad behaviour. You can throw your name on every diversity event going but unless you take accountability it means NOTHING and I see you. To end on the amazing woman (my foul mouthed grandmother) who gifted me with a moral compass that even Warner couldn’t buy. ‘Prostitute yer morals for no c–t.'” 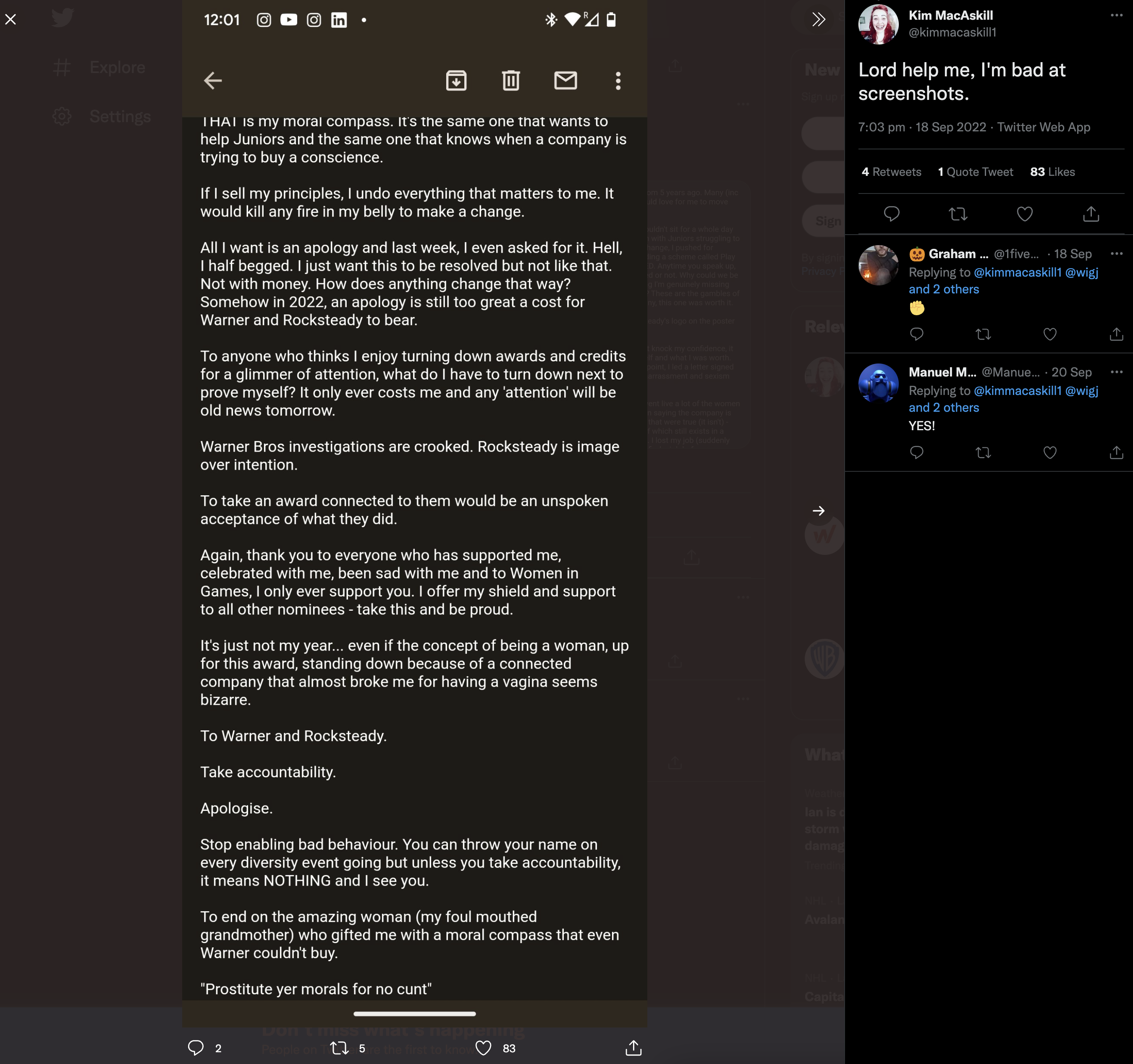 Warner Bros. issued a statement via GamesIndustry.biz. “Investigations found there was no evidence substantiating the allegations of this former employee who resigned in 2019. We stand against all forms of harassment and take any allegation extremely seriously.”

“We support those who have concerns they wish to raise. We therefore took the necessary time to thoroughly investigate allegations at Rocksteady Studios with the utmost integrity,” Warner Bros. assert.

The statement reportedly explained two investigations had taken place, one by an independent law firm, the other by a team from Warner Media People Relations, external to Warner Bros. gaming division. Both investigations concluded that the complaints brought against Rocksteady “were handled appropriately and sensitively.”

“We believe Rocksteady is led by a strong management team and we are proud of the work they have already done, and their ongoing commitment to, ensuring the studio is an equitable and inclusive workplace, one where every employee is listened to, respected and supported,” Warner Bros. stress.

“Rocksteady has been a sponsor of Women in Games in the past and continues their sponsorship to support and celebrate women working in the games industry.”

NEXT: Suicide Squad: Kill the Justice League Is Delayed Until Next Year