Anyone who has been collecting DC comics since the 90s is familiar with the surreal Batman covers by Kelley Jones and their exaggerated proportions in the middle of strange tableaus. He was a prominent figure in the revamped post-Crisis “Knightfall” period kick-started and overseen by Denny O’Neil. 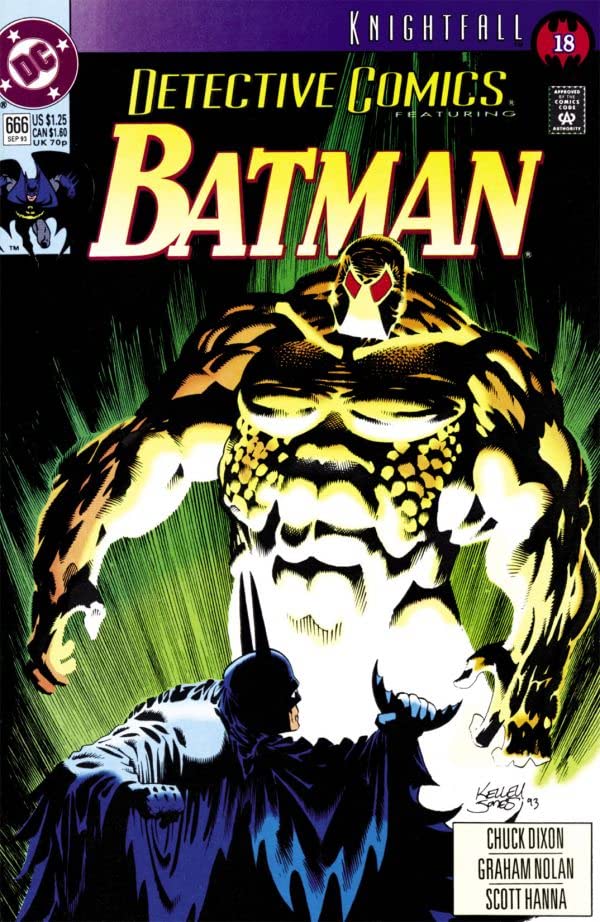 RELATED: Rumor: The Joker From ‘Batman: The Animated Series’ Is Joining ‘MultiVersus’ And Reportedly Being Voiced By Mark Hamill

The late writer’s vision and stories were as influential as Jones’ art, and as much as he himself was as an editor at a time the latter recently looked back on. In a social media post, Jones revealed what it was like working under the man who played the biggest role in bringing the noir back to the Dark Knight — and the chilly difference of opinion Jones got him to budge on.

O’Neil, as it turns out, was not a big fan of Mr. Freeze who was conspicuous by his absence on the page when you think back. This is despite the icy villain’s compelling storylines and revamped origin in Batman: The Animated Series, and the cheesy portrayal by Arnold Schwarzenegger in Joel Schumacher’s Batman & Robin.

“When I was doing monthly Batman I wanted to do Mr Freeze and found out that Denny O’Neil didn’t like the character,” Jones wrote on Facebook. “At All! I begged and pleaded a minute or so for at least one issue, and was told no.” 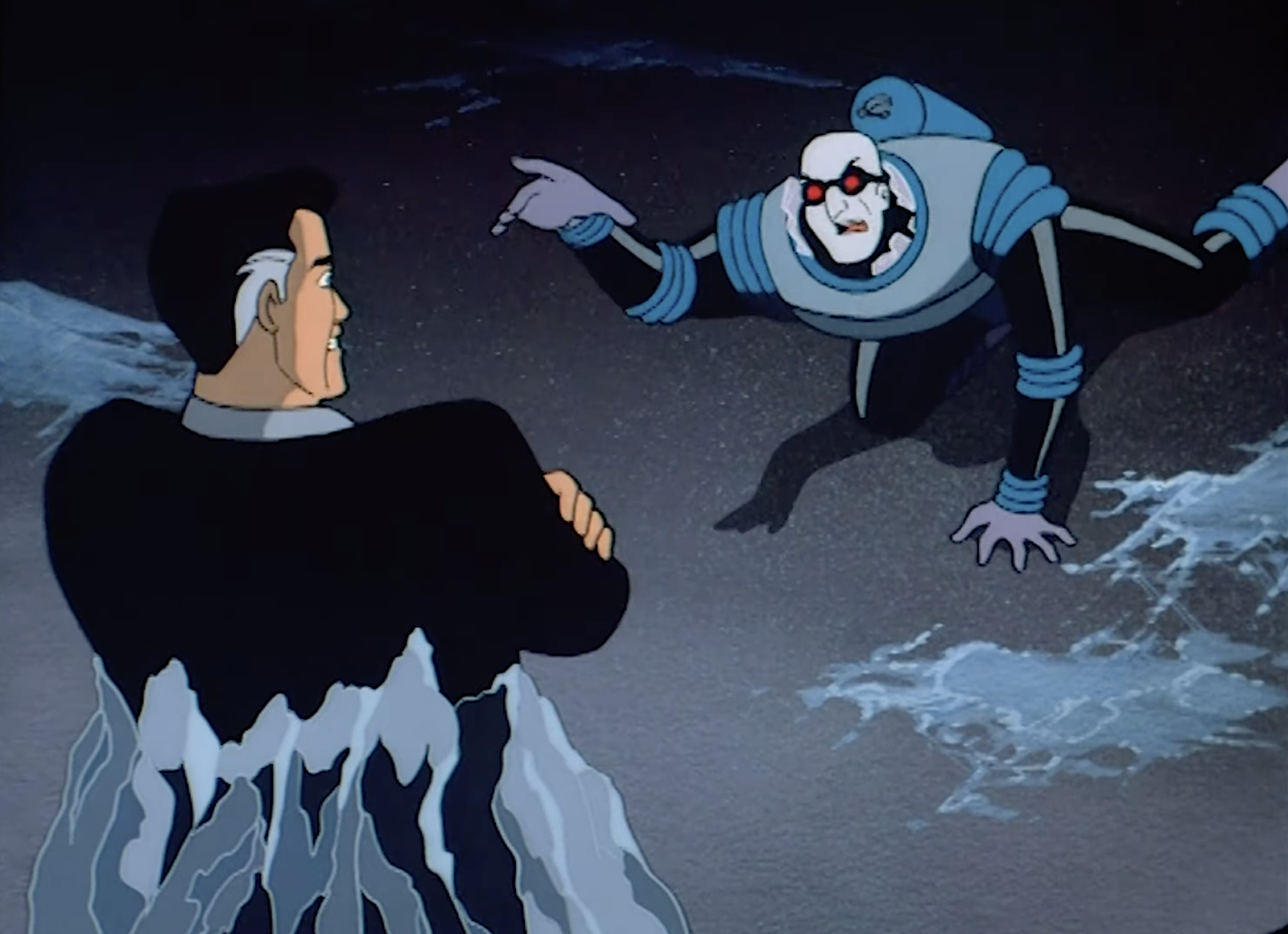 The cold-hearted bad guy was on fire at the time but O’Neil just didn’t have a place for him – until Jones showed him what he had in mind for the design. “But Denny called me a few hours later and asked me why I wanted to so much, and I said my reasons (I just thought he was scary and noirish) and I saw him very differently visually,” Jones continued.

“’Okay’ Denny said…show me the way you see Freeze and if I like it you can do it,” Jones added. ”I got to do it. One of many reasons I loved Denny, [He] always gave me a chance.” Attached was a sketch he sent O’Neil 27 years ago. 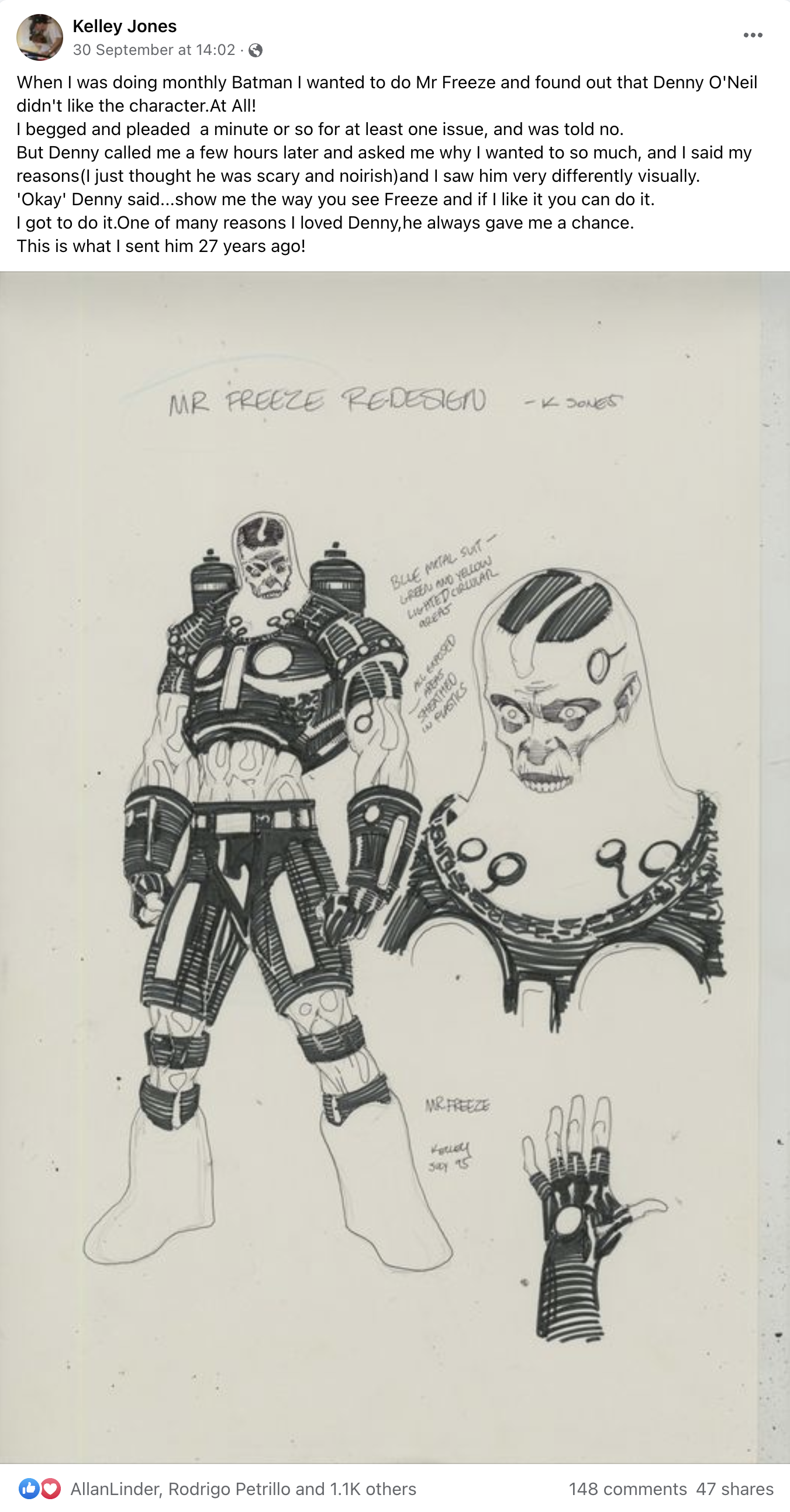 The design is definitely scarier or at the least more intimidating. Freeze is bulkier and looks like his head is decayed to the point that he has no lips or a jaw. You also get the sense the skull might be floating, disembodied as if his helmet is more of a jar secured to his shoulders that contains it.

Artist John Beatty made a few tweaks to subdue the grimmer parts and the final design appeared in Batman #525 (1995), If it looks familiar like you’ve seen it in a movie or something, that’s because it was an inspiration for the glowing armor in B&R and later, similar iterations as Twitter’s Darknight Archivist(@HistoftheBatman) points out.

Denny O’Neil may not have liked Mr. Freeze, and maybe he didn’t understand him, but he wouldn’t be the first. Freeze wasn’t embraced as a stalwart of Batman’s rogues until Bruce Timm and Paul Dini came up with the tragic backstory for Batman: TAS.