After making Tim Drake LGBT in Batman: Urban Legends, DC is sending him further down that path in the new series Tim Drake: Robin. To no one’s surprise, the book is not winning the approval of comic pros like Ethan Van Sciver or fans and industry analysts in the same camp. 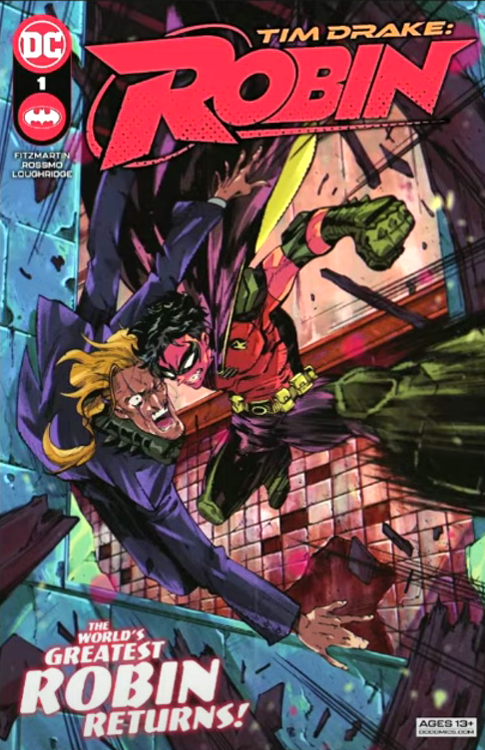 In response to a tweet bringing to his attention our story about Jonathan Kent’s grand coming out to the world in the last issue of Superman: Son of Kal-El, EVS wrote he previewed the issue of Tim Drake and thought it was another “embarrassing” example of the “sh–” DC puts out. 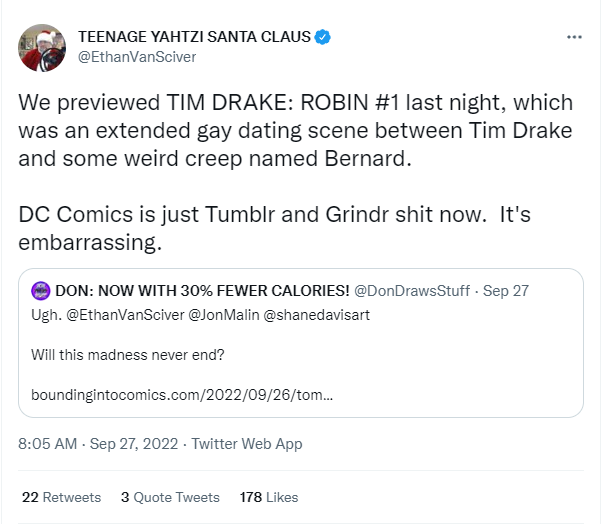 Tim’s friend Bernard is not being received well by anybody due to his overt creep factor, even after being in the comics for years, but he is not the only thing turning readers off.

The quality of the art is being deplored up and down. Author and Twitter user Mike Partyka, who couldn’t believe how bad the art is, is one case in point.

Quote tweeting Van Sciver with a panel from the issue, Partyka wrote, “I just couldn’t believe how *ugly* the art was. That shocked me more than the content. What #comics company actually wants their characters drawn so *ugly*? These are not characters anyone would want to look at for extended periods of time.” 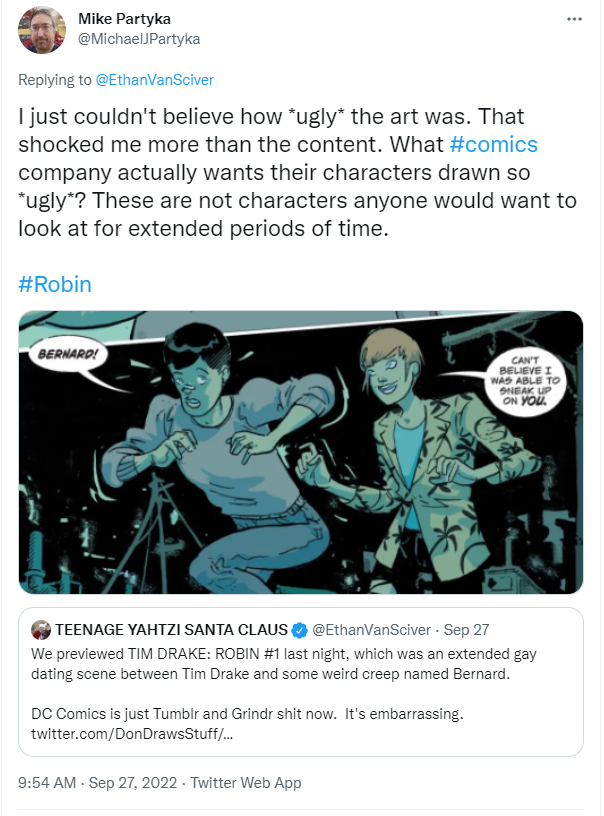 Ryan Kinel of YouTube’s RK Outpost isn’t impressed with the art or the content either. In a recent video, he abhors the art and Bernard’s creepiness

“This is published art from DC Comics,” he says aghast. “What is this crap?” Later on, Kinel pans the way Tim is rendered as one of the worst things he has ever seen.

But if only that was all. Kinel also points out that Tim Drake’s sexuality is somehow inside knowledge of the cops. At one point, Tim shows up in his Robin costume at a crime scene to aid police when one officer says to him he is not Robin’s “Fairy Gayfather.” 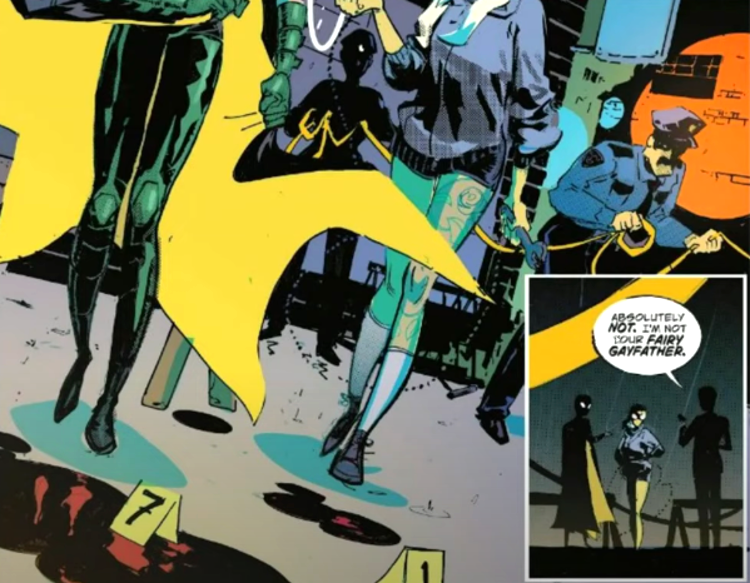 “Marvel and DC have become obsessed with identity politics,” Kinel observes, adding readers wanting good art and stories and sick of the BS are being driven to new alternatives such as the Rippaverse – where sales of Isom #1 continue to climb higher than anyone expected.

What do you make of Tim Drake: Robin #1?