Prime Video, Amazon Studios, and The Lord of the Rings: The Rings of Power showrunners participated in one of the most obvious damage control pieces in the history of media by doubling down on their offensive and vile rhetoric by calling critics of the show “patently evil.”

Markella Kavenagh as Elanor ‘Nori’ Brandyfoot, and Lenny Henry as Sadoc Burrows in The Lord of the Rings: The Rings of Power

Instead of working with Vanity Fair as they did in February when they initially attacked Tolkien fans, this time Prime Video and Amazon worked with The Hollywood Reporter.

If you remember in February, Prime Video’s hatchet men of Anthony Breznican and Joanna Robinson derided Tolkien fans describing them as troll. The two wrote, “When Amazon released photos of its multicultural cast, even without character names or plot details, the studio endured a reflexive attack from trolls—the anonymous online kind.”

Nazanin Boniadi as Bronwyn and Morfydd Clark as Galadriel in The Lord of the Rings: The Rings of Power

The two then cited the Equality and Diversity Officer for the University of Glasgow’s Centre for Fantasy and the Fantastic Mariana Rios Maldonado. Maldonado is a radical political activist who is “interested in ethics, feminist theory, and encountering the Other in Tolkien,” but Vanity Fair painted her as a Tolkien scholar to attack fans.

Maldonado did what Prime Video and Vanity Fair wanted she disparaged fans telling them, “Obviously there was going to be push and backlash, but the question is from whom? Who are these people that feel so threatened or disgusted by the idea that an elf is Black or Latino or Asian?” 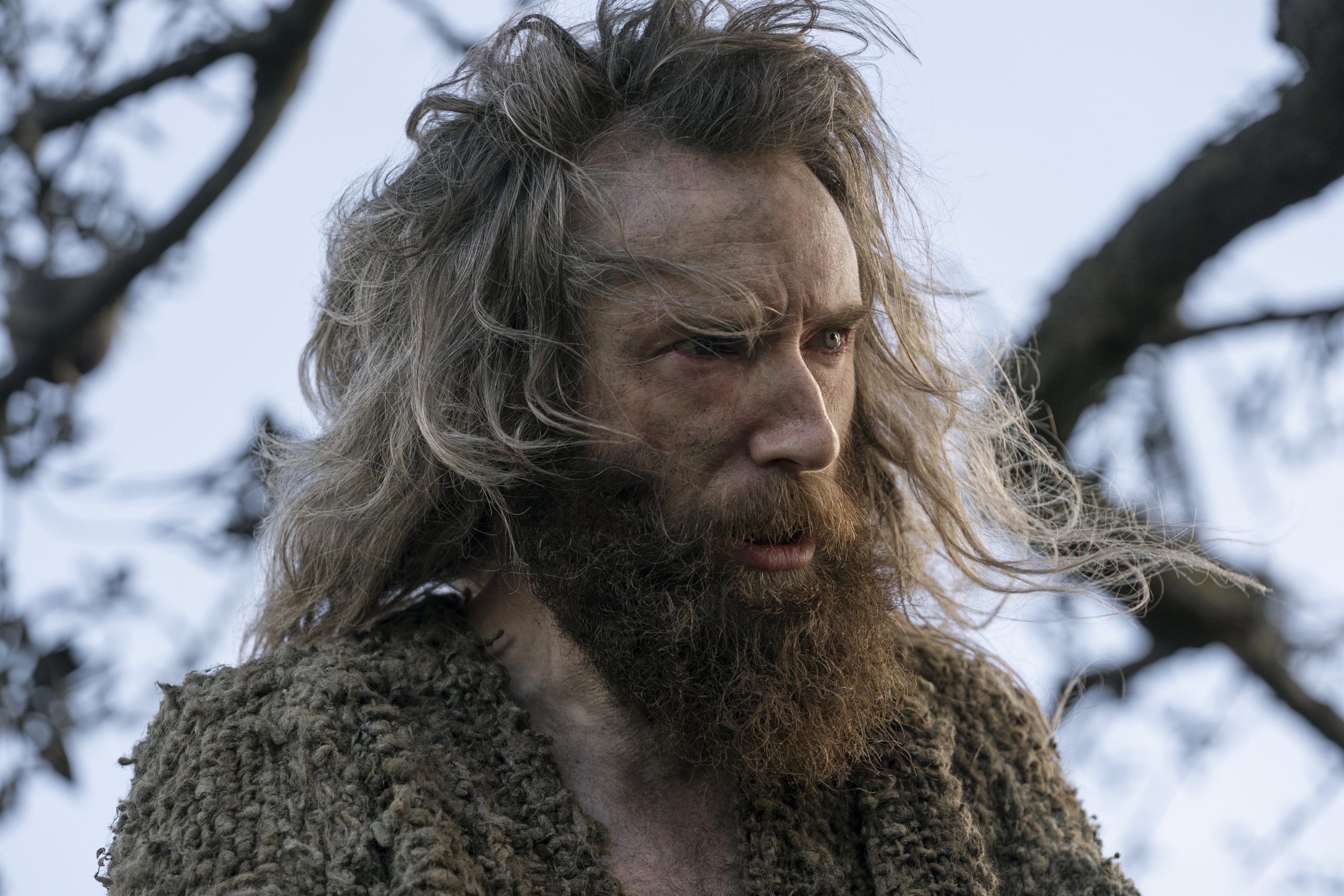 Daniel Weyman as The Stranger in The Lord of the Rings: The Rings of Power

Wood posed with Monaghan and Boyd wearing shirts with a number of different types of ears and the phrase “You Are All Welcome Here” in Tolkien’s Elvish. 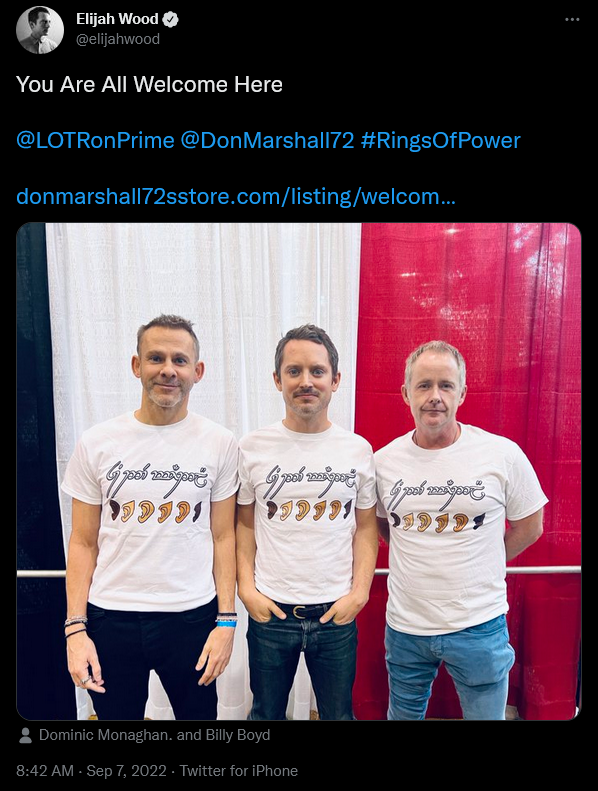 Astin shared a picture of himself wearing a hat with the same phrase on Twitter. 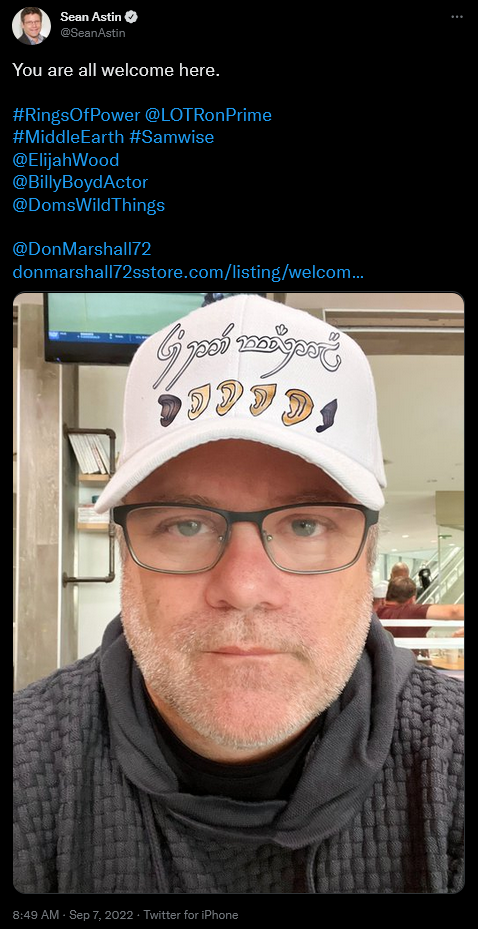 Most notably, the official Twitter account for The Rings of Power issued a statement accusing fans of racism using the same “You Are All Welcome Here” slogan.

The statement began, “We, the cast of Rings of Power, stand together in absolute solidarity and against the relentless racism, threats, harassment, and abuse some of our castmates of color are being subjected to on a daily basis. We refuse to ignore it or tolerate it.”

“JRR Tolkien created a world which, by definition, is multi-cultural,” the statement continued. “A world in which free peoples from different races and cultures join together, in fellowship, to defeat the forces of evil. Rings of Power reflects that. Our world has never been all white, Middle-earth is not all white. BIPOC belong in Middle-earth and they are here to stay.”

“Finally, all our love and fellowship go out to the fans supporting us, especially fans of colour who are themselves being attacked simply for existing in this fandom,” added the series’ production team. “We see you, your bravery, and endless creativity. Your cosplays, fancams, fan art, and insights make this community a richer place and remind us of our purpose.”

“You are valid, you are loved, and you belong,” they concluded. “You are an integral part of the LOTR family — thanks for having our backs. Namárië.”

There have been numerous other stunts and ploys accusing the fans of being racist, none of it anywhere near the truth, and most of it a deflection from the poor product that Prime Video was advertising and has thus far delivered.

A product that is far from anything Tolkien wrote about The Second Age in The Silmarillion, Unfinished Tales, and The History of Middle-earth. Not to mention the showrunners also admitted they did not have the legal rights to use those books.

Peter Mullan as King Durin III, Robert Aramayo as Elrond, and Owain Arthur as Prince Durin IV in The Lord of the Rings: The Rings of Power

Now, showrunner JD Payne has taken the attacks on fans to the next level. In this article from The Hollywood Reporter, Payne tells them, “The spirit of Tolkien is about disparate peoples who don’t trust one another and look different from one another finding common ground in friendship and accomplishing big things.”

He adds, “That’s the spirit we’ve tried to inculcate into every single comma and period in the show. That this aspiration would be offensive to people and enrage them … it’s very hard for us to understand.”

First off, Payne’s assertion is a patent lie that he sugarcoats with his own fake platitudes in order to justify the horrific product he has created. One only needs to look at how the first episode ends and Galadriel’s rejection of the equivalent of heaven to realize the evil that lies underneath The Lord of the Rings: The Rings of Power.

Not only does she reject heaven, but a memory from her now dead brother telling her we cannot know which lights to follow until we have touched the darkness implies the heaven she rejects is actually evil. It’s repulsive.

RELATED: ‘The Lord Of The Rings: The Rings Of Power’ Director Admits Galadriel Commits Entrapment, Keeps Promise To Push Characters Into Darkness

Payne’s own director also admits the show does not embrace this idea of friendship. Wayne Che Yip detailed that a scene in episode 5 “Partings” specifically tried to show that Galadriel was entrapping and manipulating Halbrand to do her bidding.

He explained, “What Aaron, my cinematographer, and I wanted to do was create this sense of entrapment. The scene starts with Galadriel finding Halbrand at the end of a day in the blacksmiths. And she feels she has the upper hand because of information that she’s found out about the mark that Halbrand wears around his neck.”

This is surely the spirit of Tolkien that Payne is talking about right? So much friendship! Again, Payne is a liar.

Even if we imagine that Payne isn’t lying, he then tries to paint himself as the victim as all Hollywood types are now inclined to do especially when their blatant lies are called out for what they are. He’s the one who’s being oppressed by the people rightfully calling him out after he took a butcher’s axe to Tolkien’s legendarium, emptied the guts, then filled it with cheap plastic from China and then proceeded to sell the now rotting and plastic-filled corpse as the real legendarium.

People are protecting Tolkien’s true work. That answer is pretty obvious. As an example, that’s why critics including this writer routinely criticize the depiction of Galadriel as everything contrary to how Tolkien not only wrote her, but how he wrote about her in his numerous letters.

His whole assertion about the spirit of Tolkien is in contrast to what Tolkien wrote about the Second Age in Letter 131 to Milton Waldman.

Tolkien detailed, “The three main themes are thus The Delaying Elves that lingered in Middle-earth; Sauron’s growth to a new Dark Lord, master and god of Men; and Numenor-Atlantis. They are dealt with annalistically, and in two Tales or Accounts, The Rings of Power and the Downfall of Númenor. Both are the essential background to The Hobbit and its sequel.”

He went on to elaborate, “In the first we see a sort of second fall or at least ‘error’ of the Elves. There was nothing wrong essentially in their lingering against counsel, still sadly with the mortal lands of their old heroic deeds. But they wanted to have their cake without eating it. They wanted the peace and bliss and perfect memory of ‘The West’, and yet to remain on the ordinary earth where their prestige as the highest people, above wild Elves, dwarves, and Men, was greater than at the bottom of the hierarchy of Valinor.”

Then discussing the fall of Númenor, Tolkien details, “The Downfall is partly the result of an inner weakness in Men – consequent, if you will, upon the first Fall (unrecorded in these tales), repented but not finally healed. Reward on earth is more dangerous for men than punishment! The Fall is achieved by the cunning of Sauron in exploiting this weakness. Its central theme is (inevitably, I think, in a story of Men) a Ban, or Prohibition.”

The most vile thing that Payne does is he tries to turn Tolkien’s own writings against Tolkien’s defenders, and then proceeds to call the defenders “patently evil.”

In Letter 81 to Christopher Tolkien, Tolkien wrote, “You can’t fight the Enemy with his own Ring without turning into an Enemy; but unfortunately Gandalf’s wisdom seems long ago to have passed with him into the True West.”

Tolkien also discussed this theme of in Letter 131 to Milton Waldman when he wrote, “The Enemy in successive forms is always ‘naturally’ concerned with sheer Domination, and so the Lord of magic and machines; but the problem that this frightful evil can and does arise from an apparently good root, the desire to benefit the world and others — speedily and according to the benefactor’s own plans — is a recurrent motive.” 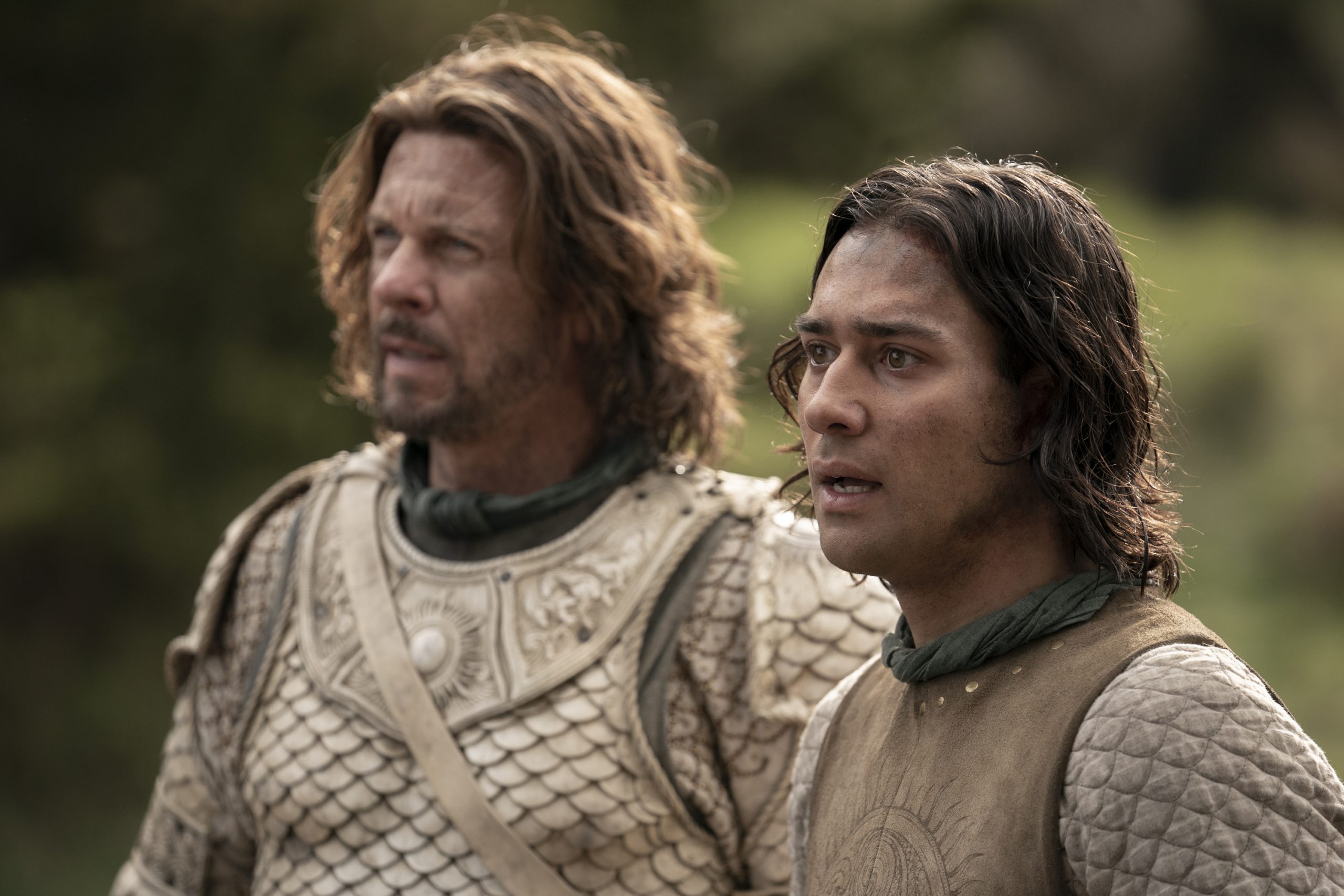 Lloyd Owen as Elendil and Maxim Baldry as Isildur in The Lord of the Rings: The Rings of Power

What critics of The Rings of Power are doing is not evil. Wanting this adaptation to be true to Tolkien’s original works is not wrong. What is wrong, what is evil, is painting people who want an honest and true adaptation as “patently evil.”

As the Catechism of the Catholic Church says, “Truth or truthfulness is the virtue which consists in showing oneself true in deeds and truthful in words, and in guarding against duplicity, dissimulation, and hypocrisy.”

Payne has not shown himself true in his deeds or his words. He dissimulates every chance he gets and is clearly being duplicitous in his attack on Tolkien fans. 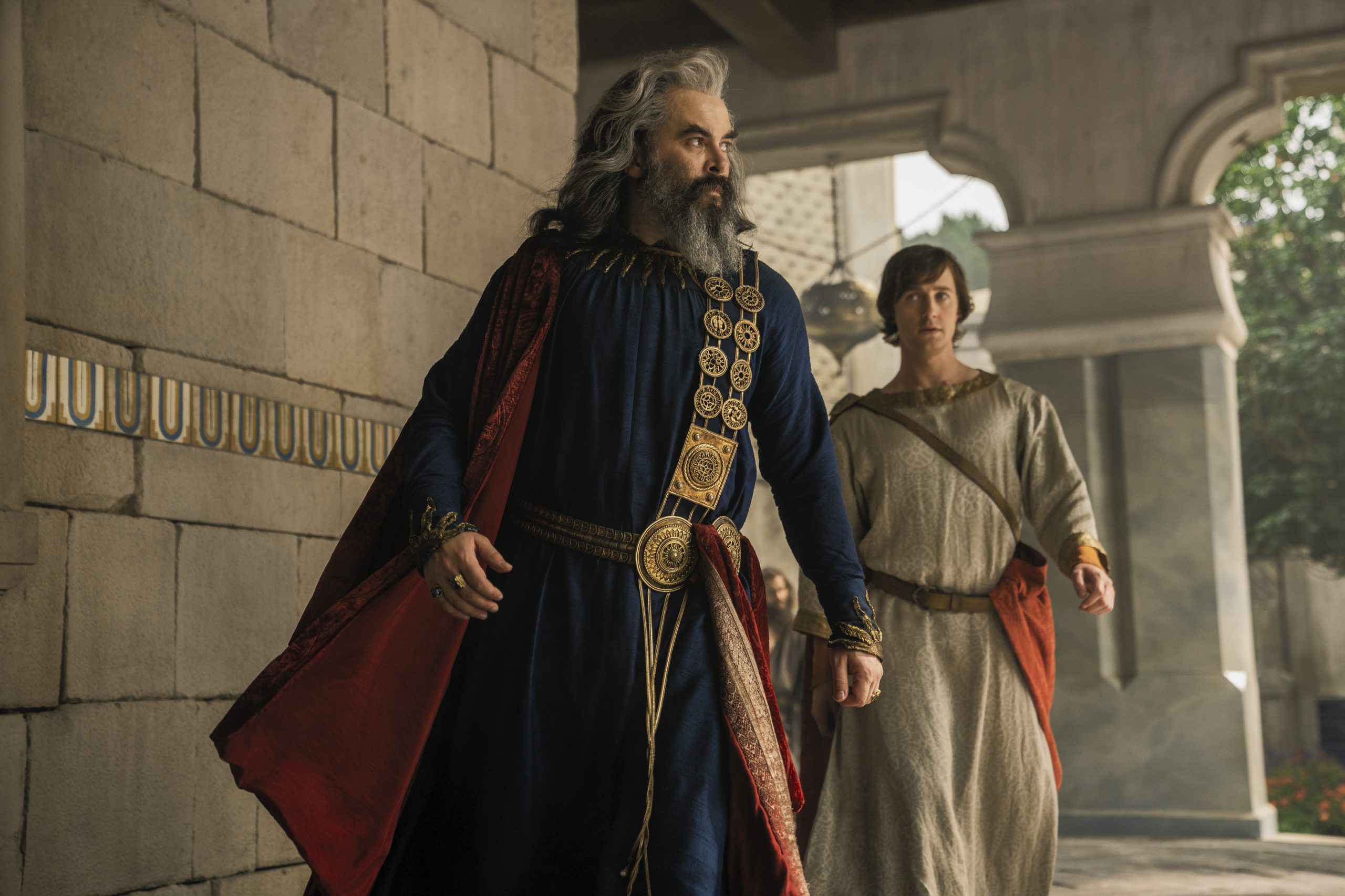 Trystan Gravelle as Pharazôn and Leon Wadham as Kemen in The Lord of the Rings: The Rings of Power

What do you make of Payne and Prime Video doubling down on their attacks against Tolkien fans?

NEXT: YouTuber Nerd Cookies Brutally Exposes How ‘The Lord Of The Rings: The Rings Of Power’ Bastardizes Galadriel