HBO has finally unveiled its first trailer for the small screen debut of their The Last of Us series, and while the studio undoubtedly hoped it would get fans hyped for what’s to come, a subsequent revelation from lead actress Bella Ramsey may have severely blunted the surrounding excitement.

Starting life as a survival horror series for the PlayStation family of consoles, the The Last of Us centers around an apocalypse brought upon humanity by a fungi-based virus – the Cordyceps brain infection – which turns the infected into terrifying, zombie-like creatures. 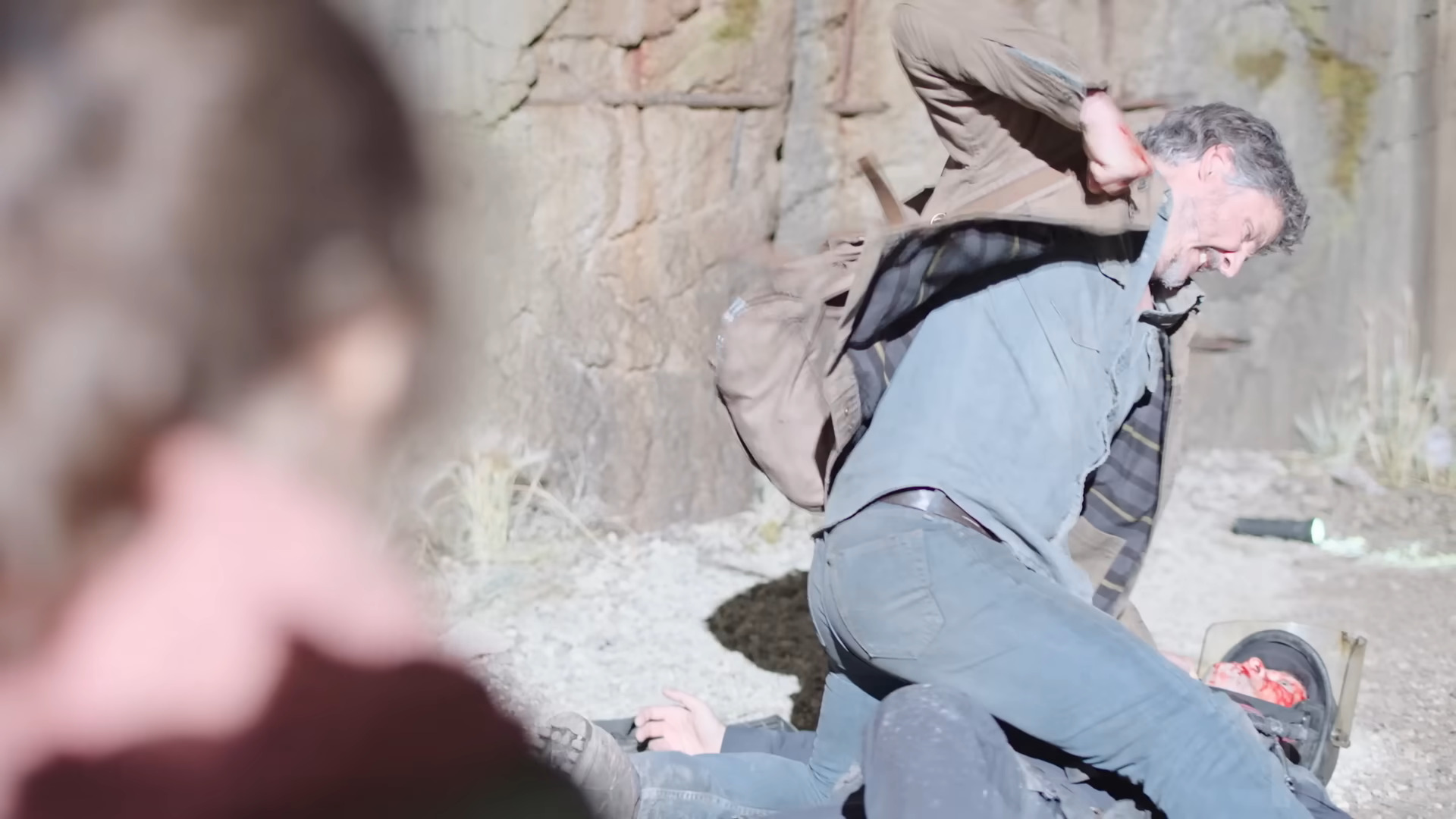 In the original game, released for the PS3 in 2013, players are introduced to Joel, a survivor who survives in this new world by working as a smuggler, all the while mourning the death of his daughter who was tragically gunned down in the chaos of the self-explanatory ‘Outbreak Day’.

During a job, he meets a girl named Ellie, and soon discovers that she is outright immune to the infection. Speculating that her DNA may hold the key to ending this nightmare, the two embark on a journey across the Boston wasteland to find anyone who can help them realize the potential hidden within Ellie’s genetics. 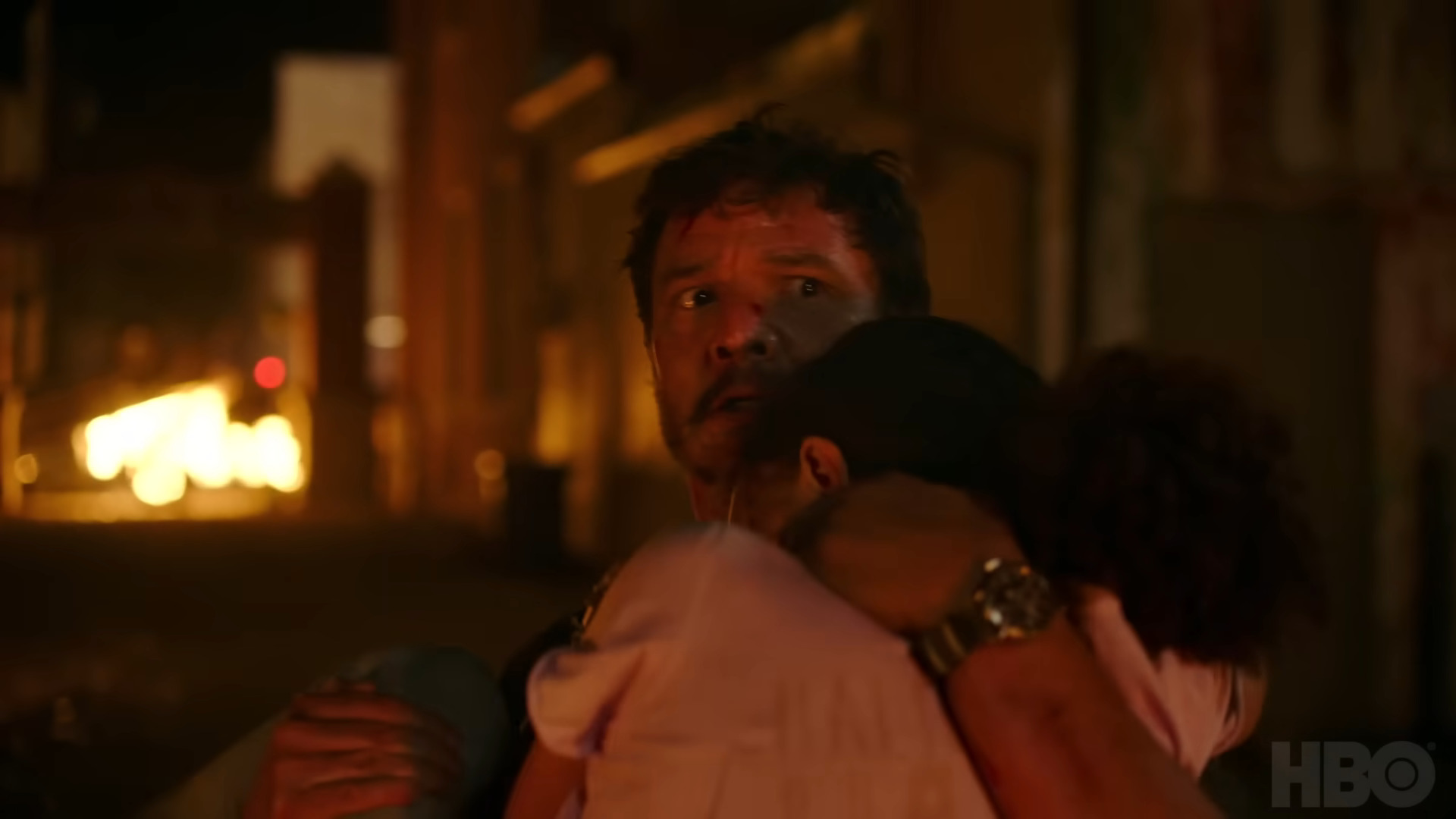 A popular video game franchise for both developer Naughty Dog and their parent company Sony, with the series receiving a staggering number of sequels, prequels, ports and remakes in its short ten-year lifespan, the series is set to continue capitalizing on its popularity by making the jump to live-action, courtesy of HBO.

Released on September 26th, the series’ teaser gives us our first real look at The Mandalorian and Wonder Woman 1984 star Pedro Pascal as Joel, as well as Game of Thrones actress Bella Ramsey as Ellie: 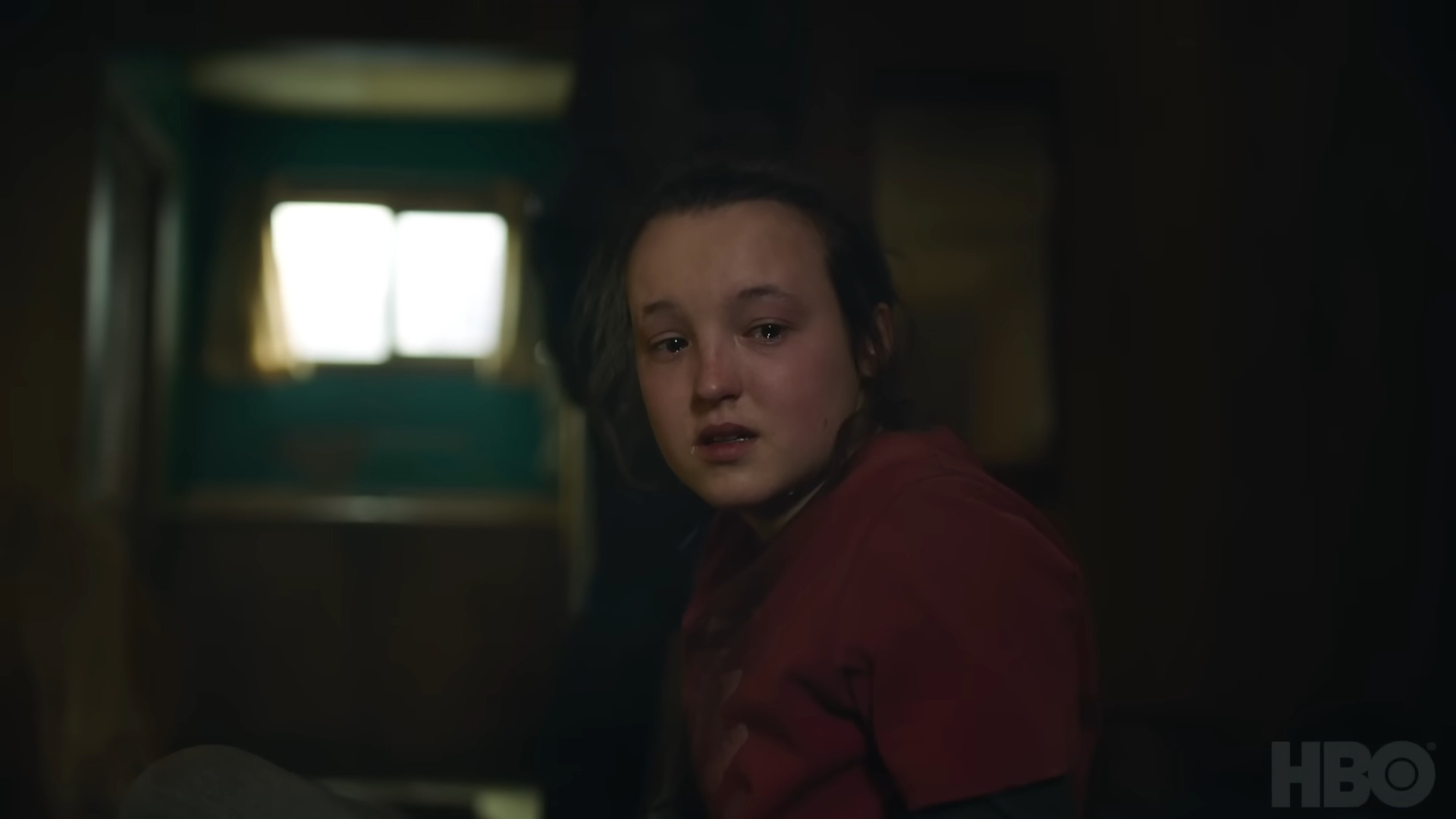 The teaser also provides a brief glance at a Clicker, a breed of fungus zombie which seeks out its prey using echolocation.

Unfortunately, it was a very brief glance. Whether this was just the series’ way of building more hype by keeping its cards close to its chest or an indication of how HBO will regularly depict The Last of Us‘ resident monsters. 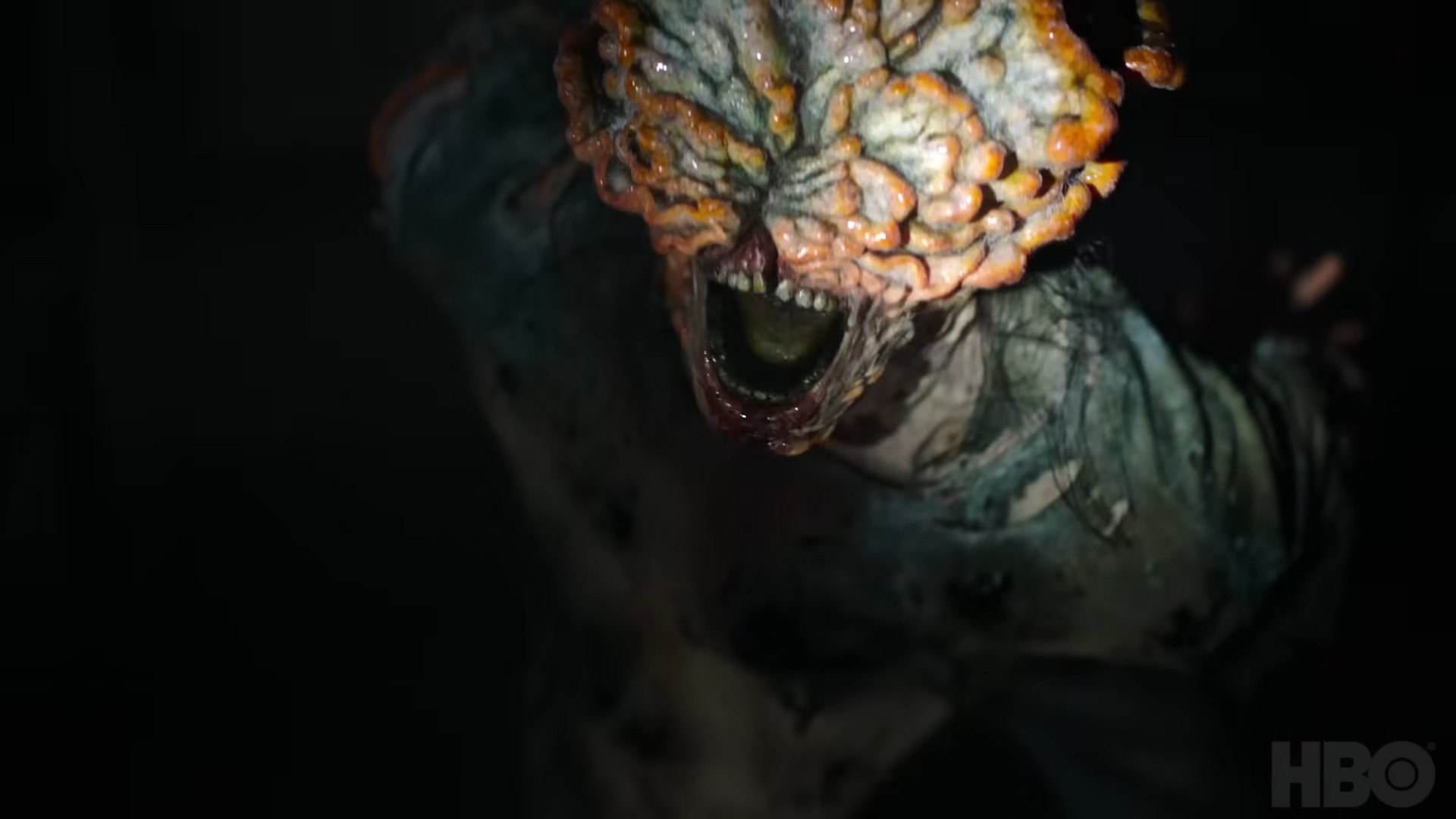 RELATED: The Gamer Misrepresents Quote From Final Fantasy VII Remake Co-Director Motomu Toriyama To Push Diversity And The Last Of Us Part II

With the series focus on more of its human drama, it’s possible that we could get something akin to The Walking Dead, wherein we will go whole episodes without any signs of a zombie.

But, with The Last of Us HBO focusing on more of the human drama, we will seemingly get more of something like The Walking Dead, wherein we can go whole episodes of not seeing any sign of a zombie.

In The Walking Dead, this was used mostly for cost saving measures, and while HBO may be trying to tighten the purse strings, they could simply be saving the best for the show itself. 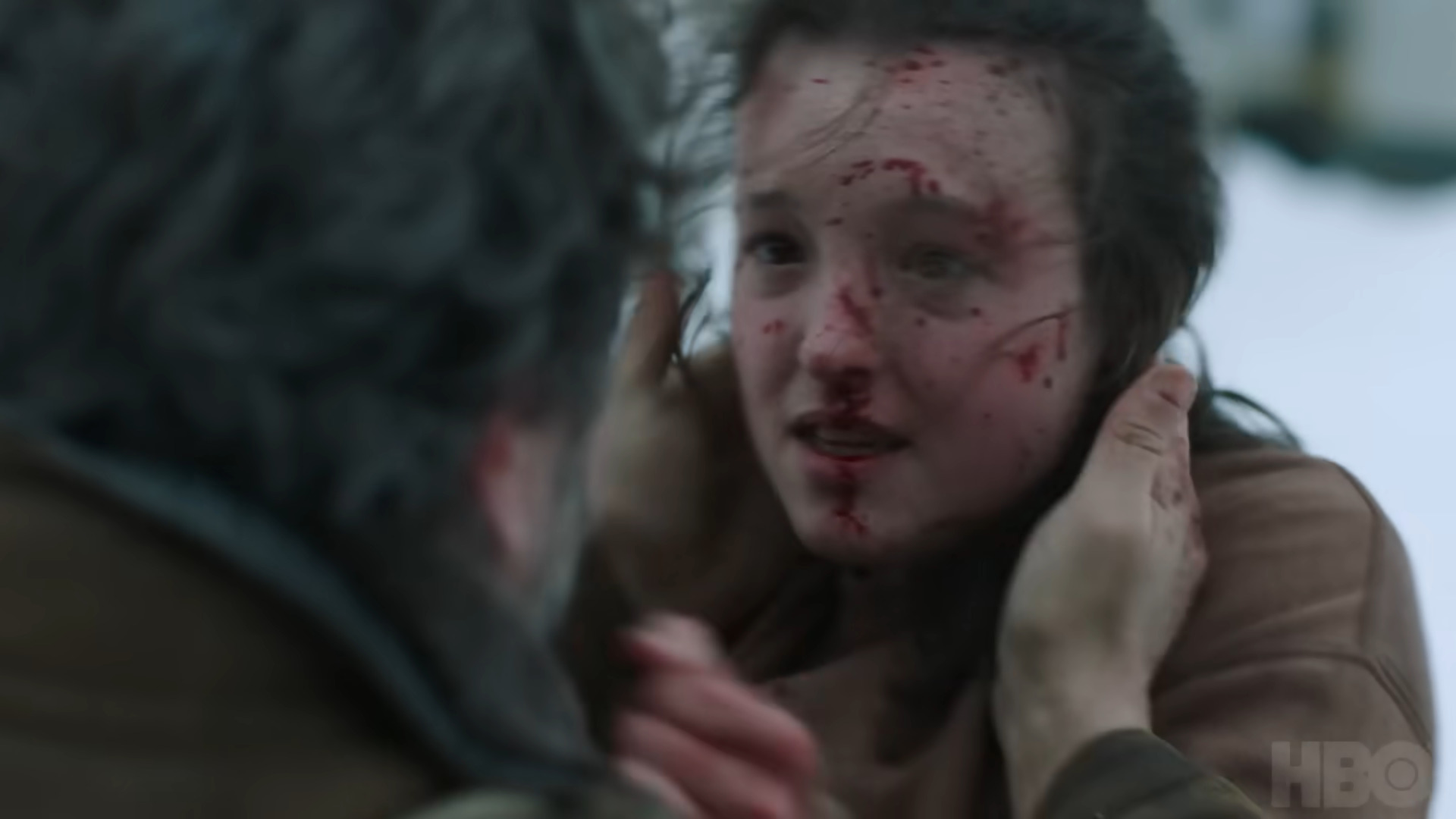 From there, the trailer mostly focuses on the series’ post-apocalyptic setting, showcasing more of the human side of the world as well as some of the frankly beautiful looking locations and sets (that’s what HBO money gets you). 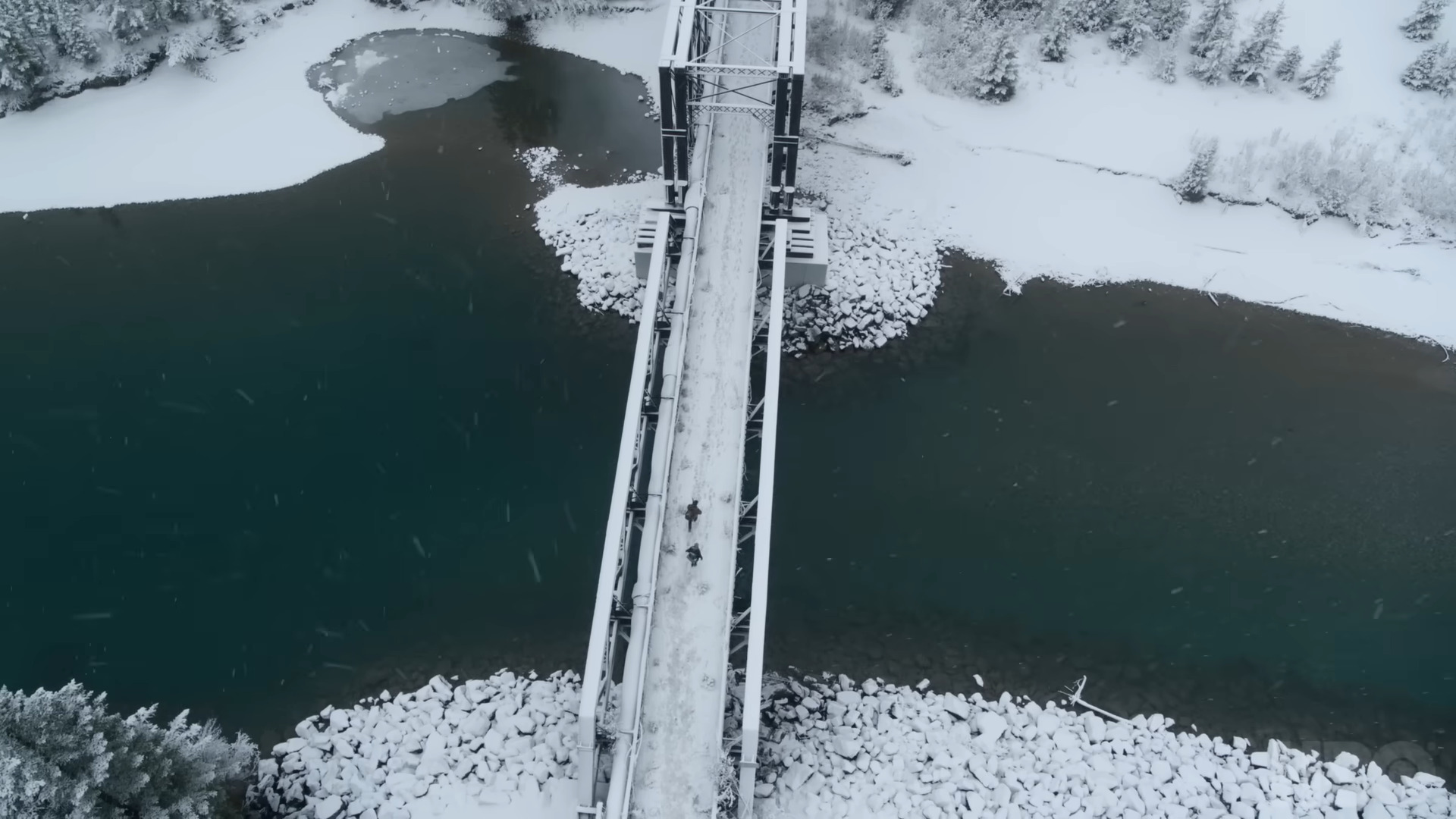 Notably, it also features the debut of Storm Reid as Riley Abel, the young woman with whom Ellie falls in love with prior to meeting up with Joel, as depicted in the events of The Last of Us: Left Behind DLC: 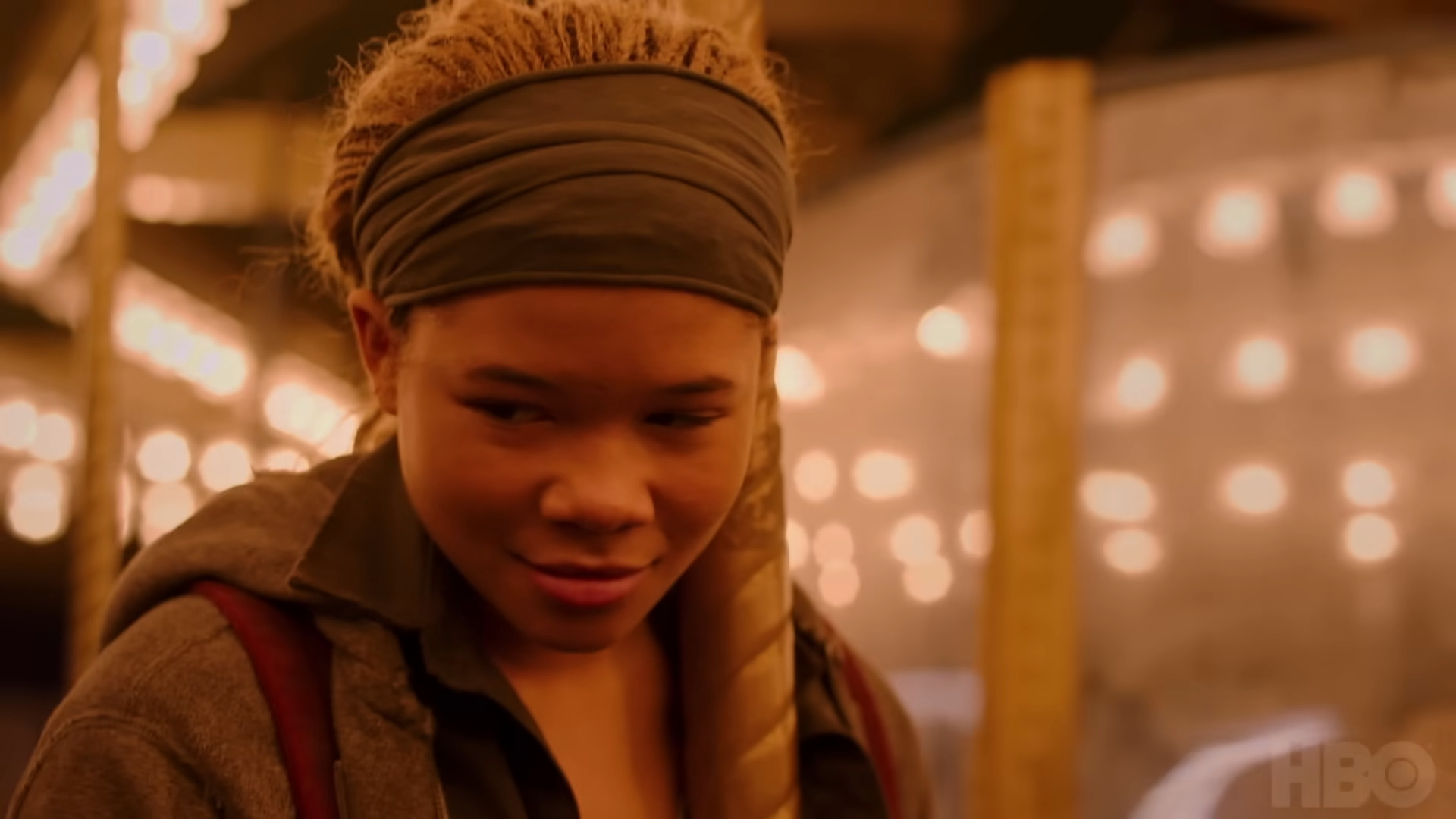 As well as Nick Offerman as Joel and Ellie’s reluctant one-time ally, Bill: 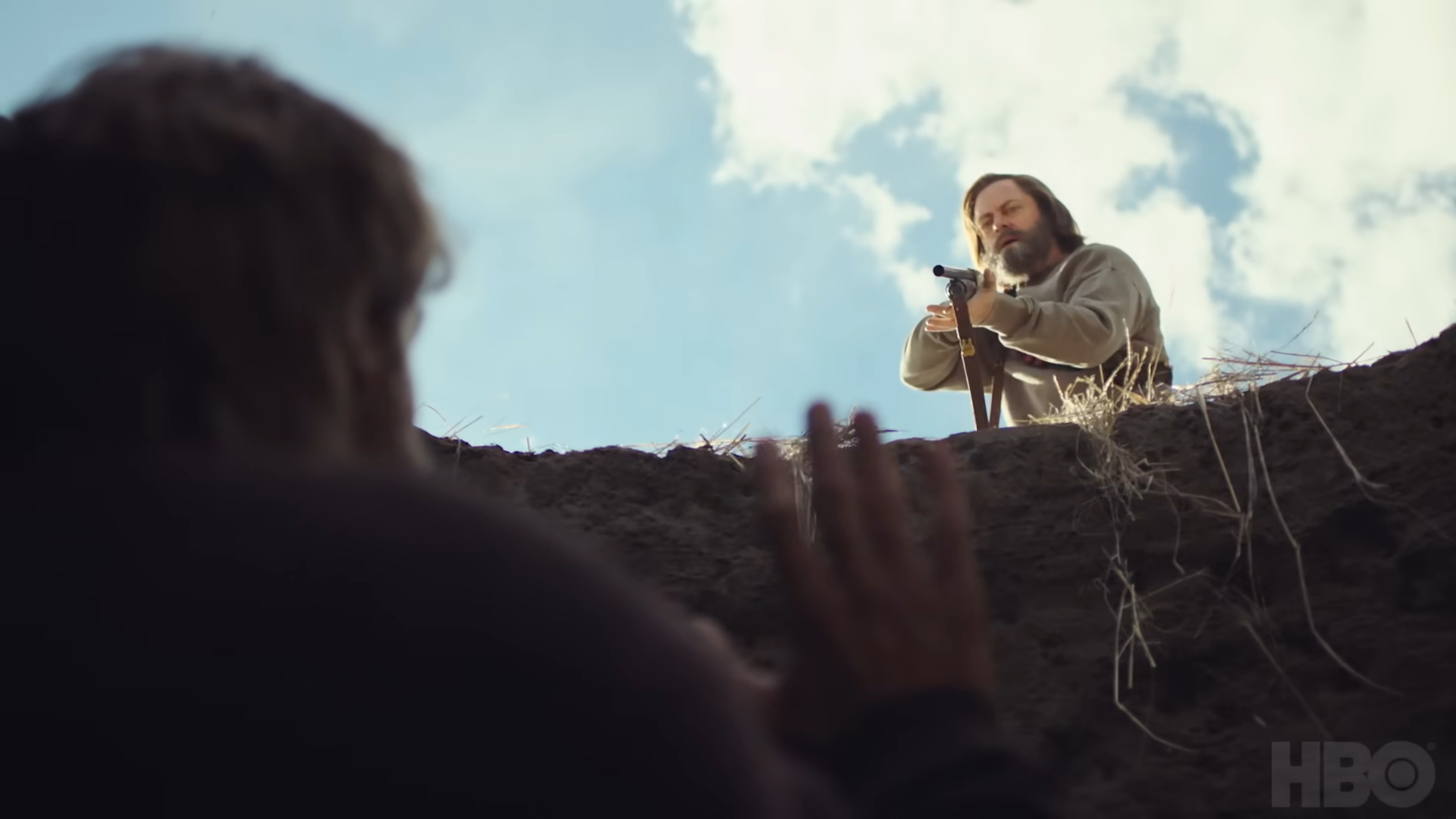 Admittedly, the teaser does not give us much to go off of, it does provide just enough to entice both fans of the series and newcomers alike.

The former will be drawn in by the chance to see the live-action adaptation of such original elements as Outbreak Day and the ‘Firefly’ resistance group, while the latter will be intrigued by the overall mystery of what could have caused the world to be overrun by creatures with mushrooms for heads. 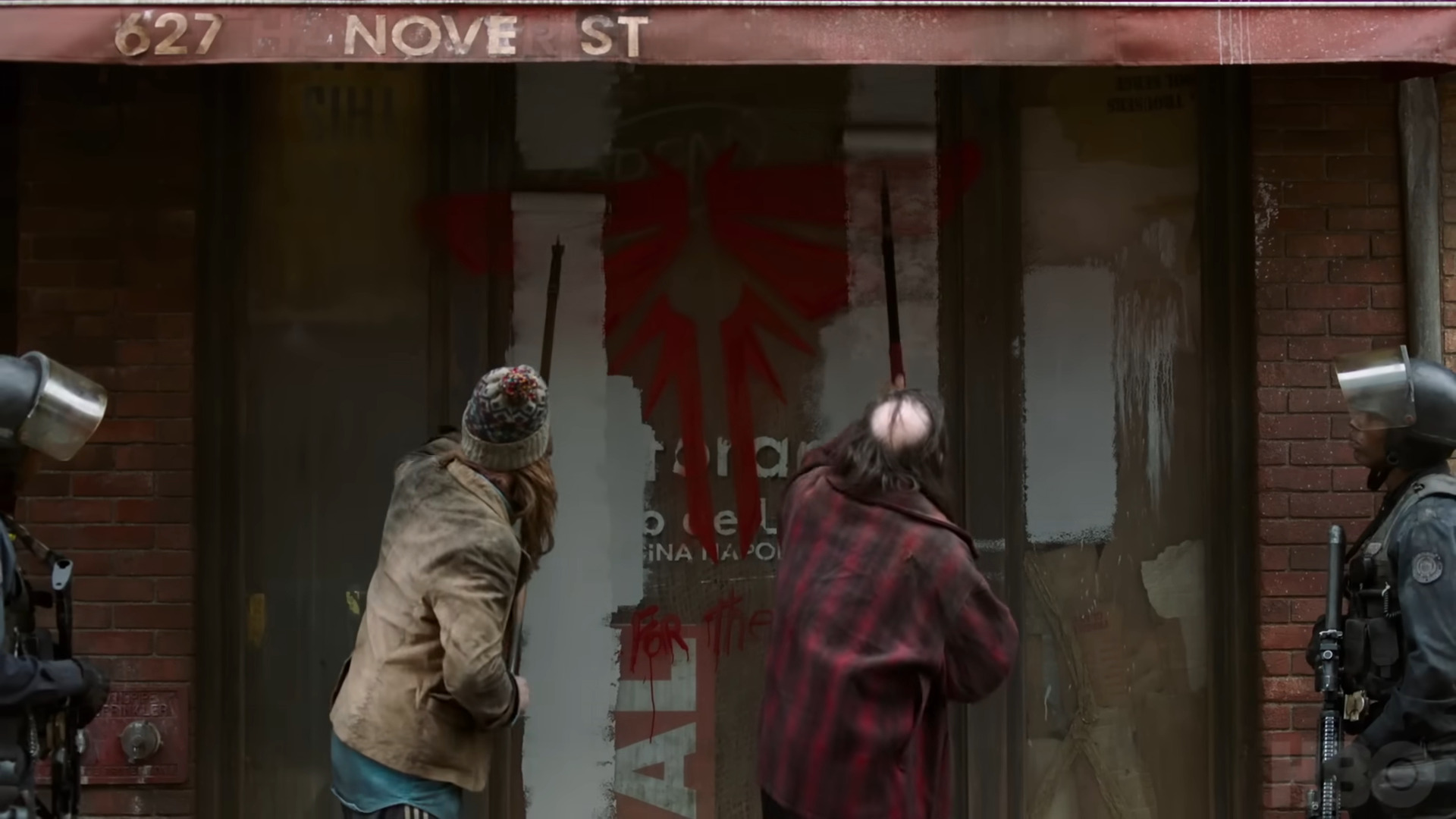 However, one group who will likely find themselves disappointed to some extent are the original game series’ die hard fans, as like with many live-action adaptations of popular comic book and video game IPs, those in charge of bringing Naughty Dog’s world to life have apparently taken an “ignore the source material” approach to The Last of Us. 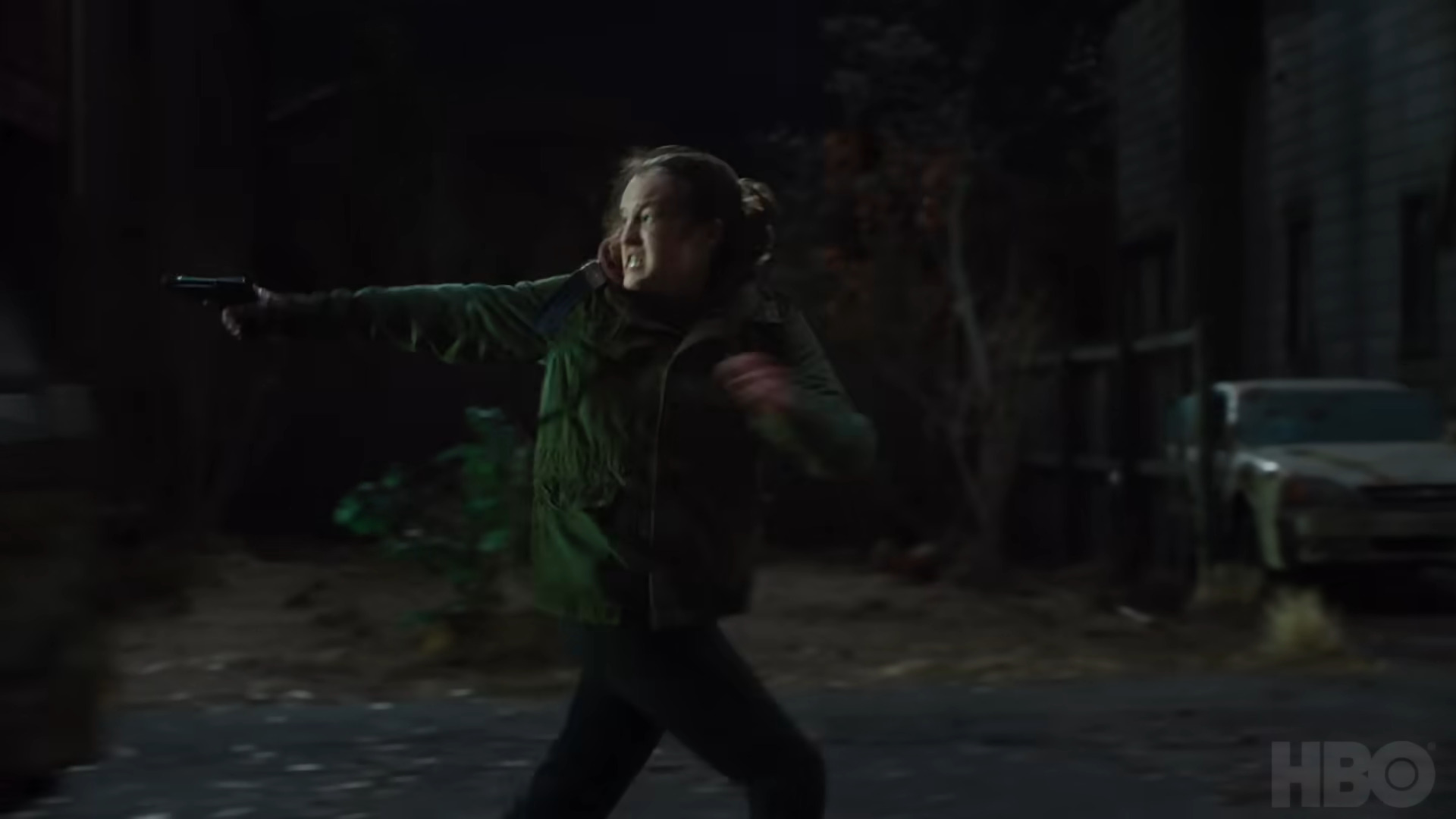 Asked during a recent interview with USA Today if she had “played the game at all before signing on”, Ramsey admitted, “I was actually encouraged not to.”

“After my first audition, they asked me, ‘Have you played it?’ And I said, ‘Nope,’ and they said, “Keep it that way,'” she playfully explained. “[But] I did watch some of the game play on YouTube just to get a sense of it.”

The Last of Us will be premiering on HBO in 2023 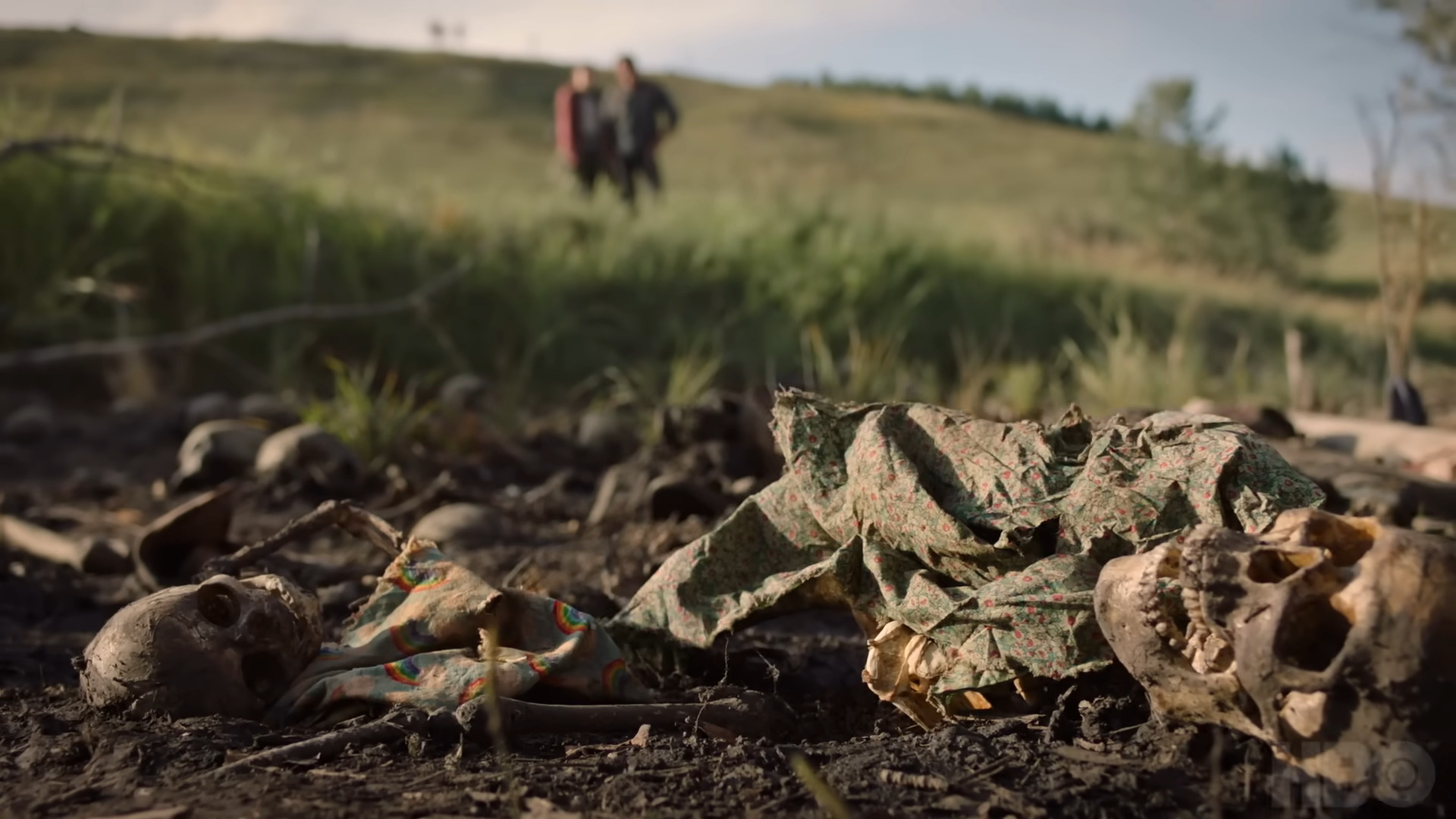 NEXT: ‘The Last Of Us’ Star Pedro Pascal Says He “Wanted To Create A Healthy Distance” Between Live-Action Series And Original Game