The greens and the blacks draw lines in the sand in preparation for a war that won’t be glimpsed until season two of House of the Dragon is released in the future. ‘The Black Queen’ represents the final episode in the first season, which has been plagued by mediocrity since its inception. Is the last episode enough to get fans excited for the next season? 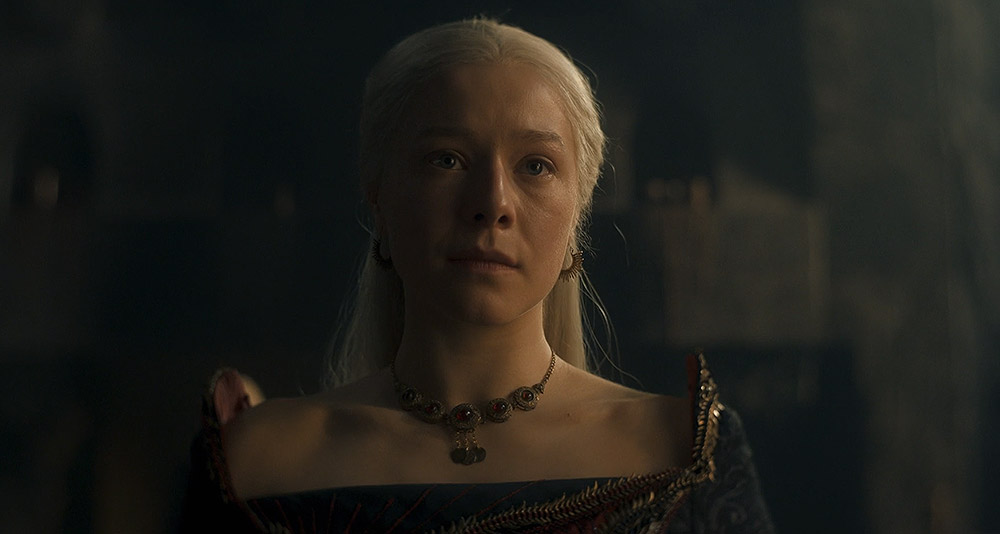 Princess Rhaenyra in ‘House of the Dragon,’ HBO

That’s debatable, especially in light of the kinds of cliffhangers Game of Thrones fans expected year over year, during the show’s peak of popularity.

As with last week’s episode, ‘The Black Queen’ focuses near-exclusively on one side of the political aisle – Princess Rhaenyra, her family and friends. The episode begins with Rhaenys arriving at Dragonstone to inform Rhaenyra that her father Viserys has died, and her half-brother Aegon has ascended to the Iron Throne as King. 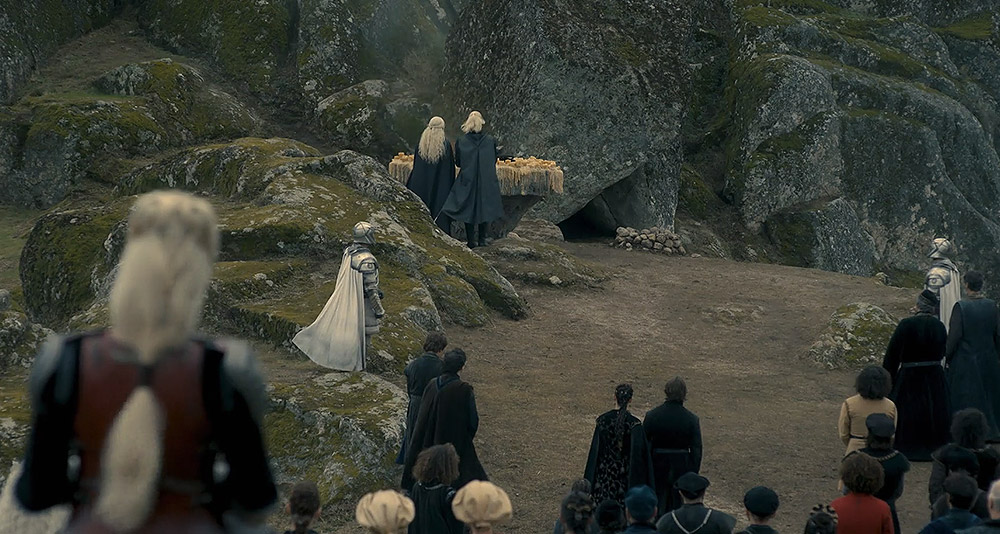 Daemon and Rhaenyra mourn their stillborn child in ‘House of the Dragon,’ HBO

In the midst of this news, a pregnant Rhaenyra loses her unborn child during a painful delivery, putting further strain on her emotional state. Yet, while those around her (including her husband Daemon) push her to wage war against the greens, Rhaenyra tries to remain level-headed.

Ser Erryk arrives at Dragonstone with King Viserys’ crown, and pledges allegiance to her as his new Queen. This sets in motion an official standoff between both sides, with Rhaenyra focusing exclusively on shoring up her own support before she takes further action. 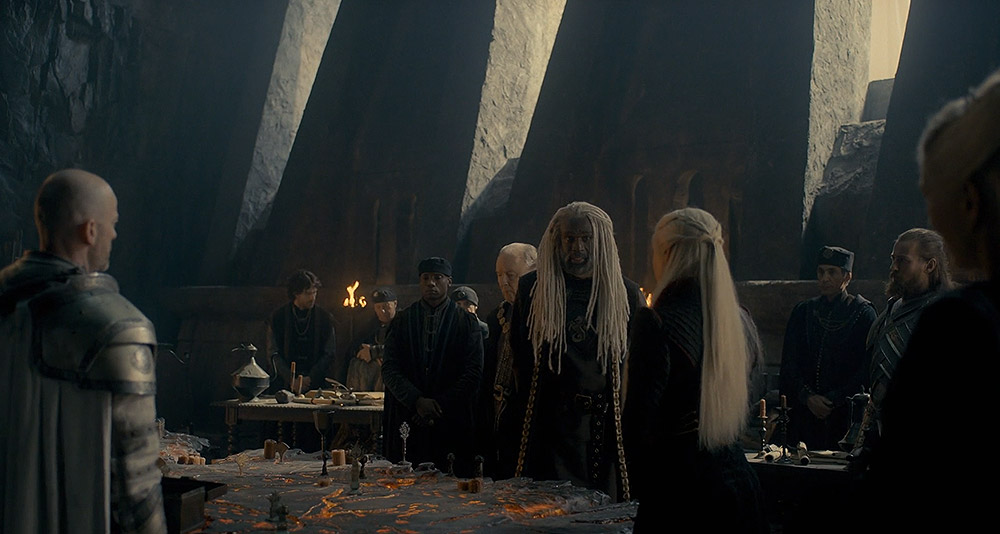 Corlys Velaryon speaks in ‘House of the Dragon,’ HBO

Meanwhile, Corlys Velaryon manages to recover from a bout of illness that nearly took his life. Still angry at Rhaenyra over the presumed death of his son, he nevertheless pledges his full support for her, and finally acknowledges her claim to the Iron Throne.

Things go bad when Rhaenyra agrees to allow her two sons Jacaerys and Lucerys to deliver messages to the houses Stark and Baratheon, the latter of which wants nothing to do with them. Lucerys arrives only to find his bitter rival Aemond already there, having secured the support of Borros Baratheon. 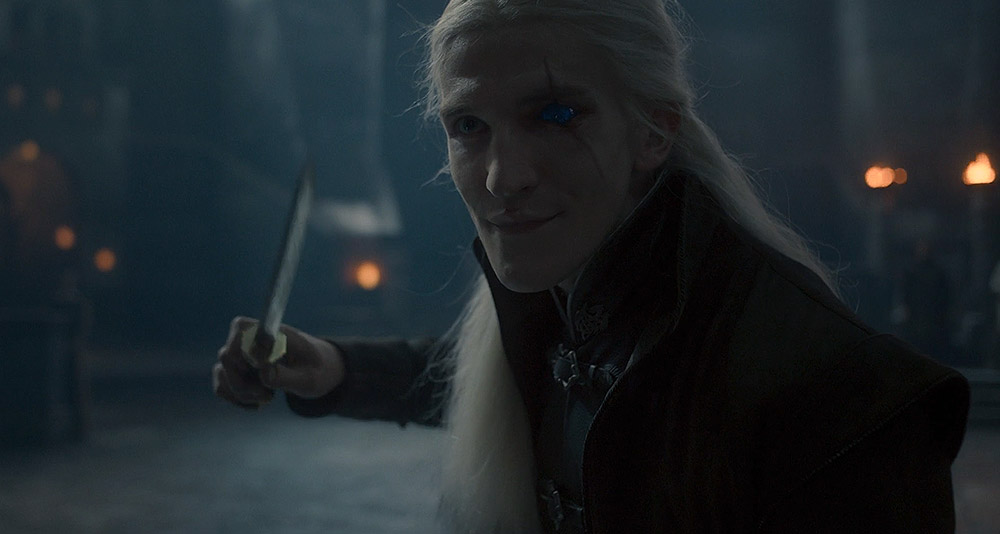 Aemond threatens Lucerys in ‘House of the Dragon,’ HBO

Still enraged over the loss of his eye, Aemond threatens to return the favor to Lucerys, but is stopped by Borros. Lucerys is allowed to leave on his dragon Arrax, but is quickly pursued by Aemond, riding the monstrous Vhagar. When a frantic Arrax disobeys Lucerys’ commands and attacks Vhagar, the larger dragon kills them both, provoking Rhaenyra to full-scale retaliation.

In terms of content, this episode has more going for it than previous. The latter season moved swiftly through exposition by going through several massive time jumps in the story’s chronology, and it finally feels like a stable foundation, even if it came too late. ‘The Black Queen’ is well-paced, and interesting enough compared to previous episodes. 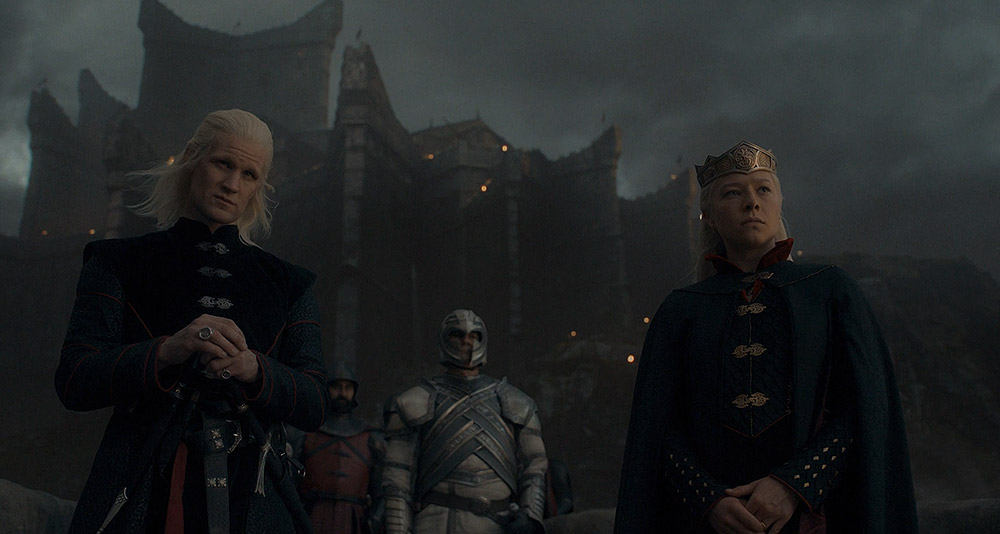 Daemon and Rhaenyra at Dragonstone in ‘House of the Dragon,’ HBO

It’s also the culmination of everything that came before, with the final piece of the puzzle inserted. The result will be a season two that focuses specifically on the early days of the Dance of the Dragons. This final episode is meant to whet the appetite, and for all intents and purposes, it succeeds.

The battle between Arrax and Vhagar is shot quite well, and the decision to set it within a massive thunder and lightning storm is both exciting, and symbolic. This is but a small taste of what audiences can expect from the dragon vs. dragon battles that are sure to come in future episodes. 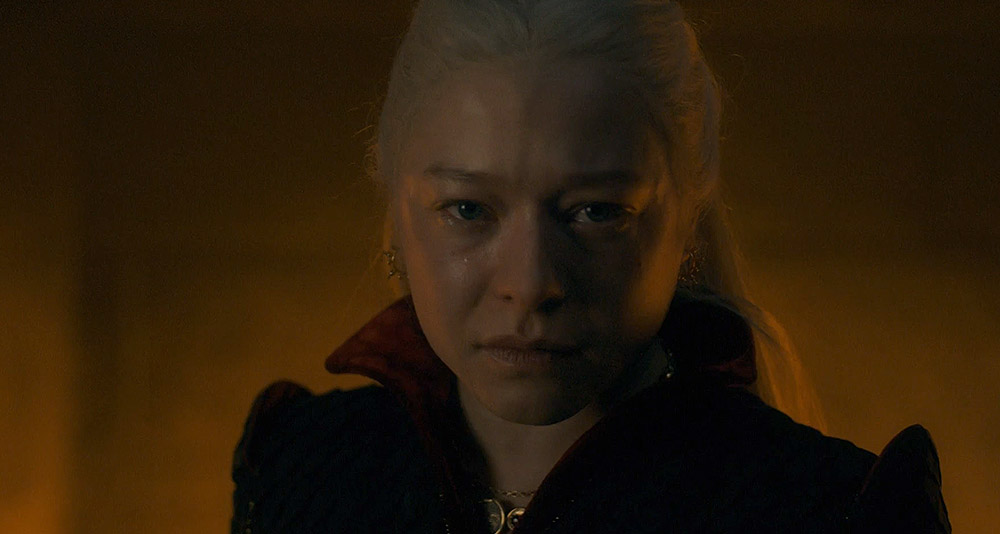 An embittered Queen Rhaenyra in ‘House of the Dragon,’ HBO

And of course, the character performances are all dynamite – particularly Emma D’Arcy’s Rhaenyra. She can certainly act, as evidenced during the scene where she painfully delivers a stillborn baby. It’s simultaneously gruesome and heartbreaking, especially since it foreshadows the death of yet another one of her children immediately thereafter.

This isn’t a terrible episode at all, but like everything House of the Dragon, it’s besieged by the same unavoidable truth – the story just isn’t very interesting. It’s one thing to hear Shireen Baratheon describe the Dance of Dragons in passing to Davos Seaworth, but the actual spectacle leaves a lot to be desired. 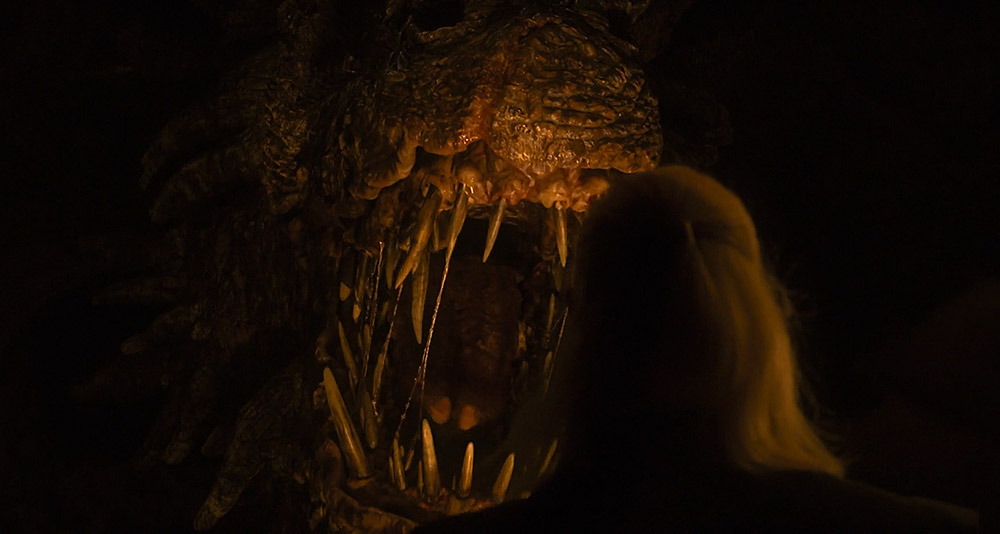 Daemon awakens an ancient dragon in ‘House of the Dragon,’ HBO

Whether season two manages to overcome this particular Achilles Heel with any sort of spectacle or grace remains to be seen, but this show will never rise to the heights of its forebearer. The material simply isn’t rich or diverse enough to meet the same standards. 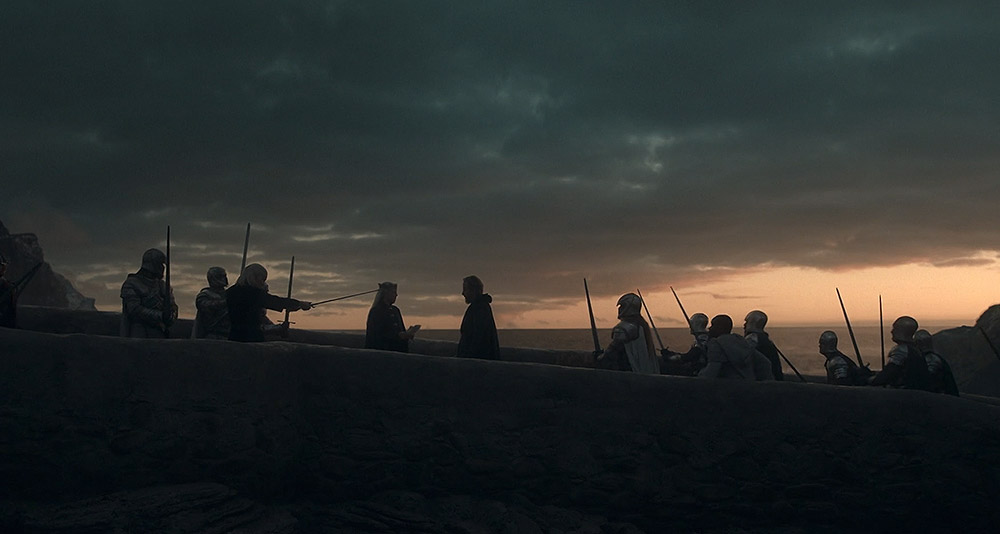 Daemon threatens Otto Hightower in ‘House of the Dragon,’ HBO

Just as with last week’s episode, ‘The Black Queen’ suffers from focusing its story on just one side, as opposed to bouncing back and forth. The show already has very few locales and characters as it is, which is why it shouldn’t pigeonhole itself by going down this route.

House of the Dragon ends on a so/so note, which was to be expected. Doubtless, season two will up the ante in terms of action, adventure and character drama, but we aren’t quite there yet. It took nine episodes of petty family squabbling and political immaturity to get to this point, and the payoff hasn’t been generous. 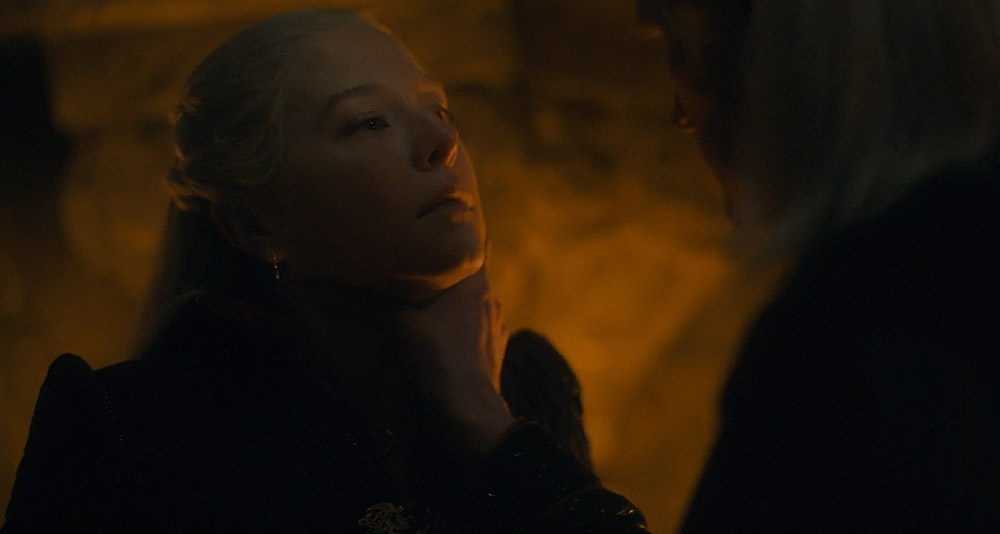 Daemon is angry with Rhaenyra in ‘House of the Dragon,’ HBO

Along the way, the show has had its high moments, however. Perhaps that’s the most irritating aspect of House of the Dragon. It has all the elements to turn itself into a real winner, but it’s held down by scant source material trying desperately to scrape the last of the peanut butter onto a piece of toast.

Should audiences abandon the show altogether, and not bother? That’s a hard question to answer, and will depend heavily on one’s own fondness of Game of Thrones as a whole. If you were soured by seasons seven and eight of that show, you’re not going to find much enjoyment here. 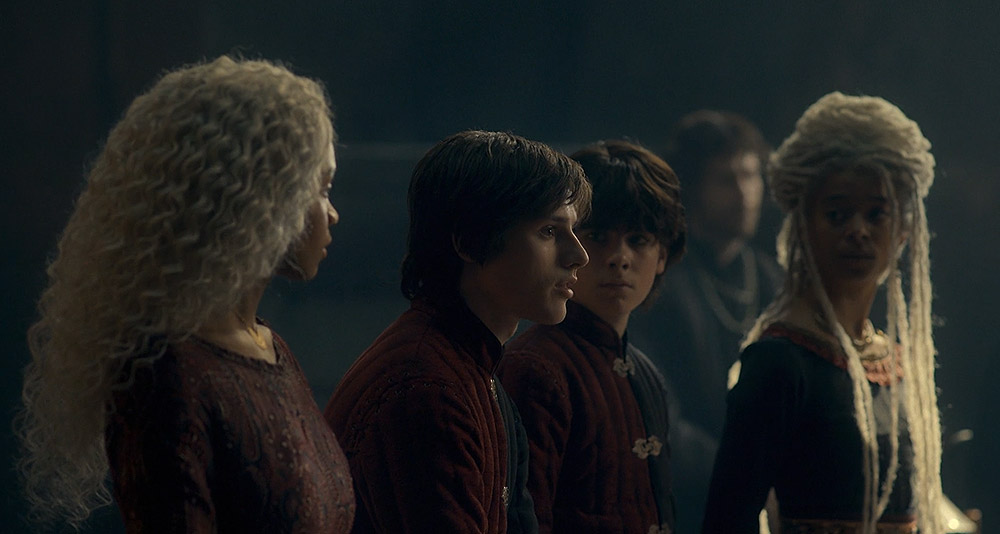 Jacaerys and Lucerys with the Velaryons in ‘House of the Dragon,’ HBO

RELATED: ‘House of the Dragon’ Showrunner Ryan Condal Defends House Velaryon Race-Swap: “It’s A Different Era Than These Shows Used To Be Made In”

If, however, you believe that good fantasy storytelling is scarce these days, you probably won’t care. The overarching feminist narrative of the show isn’t quite enough to sully the entire production, which is good news, but it is present, and will annoy many.

As it stands, HBO has somewhat forced itself into sticking with the show, even if the ratings aren’t stellar. To abandon it now would signal a complete lack of faith in a major pop culture property, which means season two is almost assured. When that debut first episode arrives, it needs to bring a lot more to the table than this first season. Otherwise, it’s wasted money. 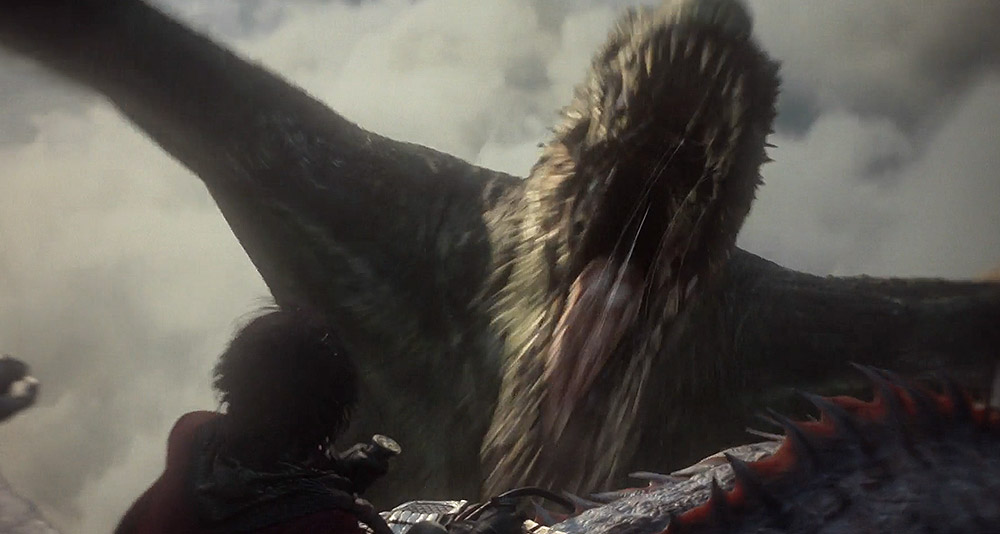 Vhagar attacks Arrax in ‘House of the Dragon,’ HBO

What are your thoughts on season one of House of the Dragon? Let us know in the comments below, or on social media.

NEXT: House of the Dragon: ‘The Green Council’ (Episode 9) Review