Film critic and a regular guest on the YouTube show Friday Night Tights, Chris Gore, took The Walt Disney Company and its live-action remake films to task by declaring them “the worst films of our time.” 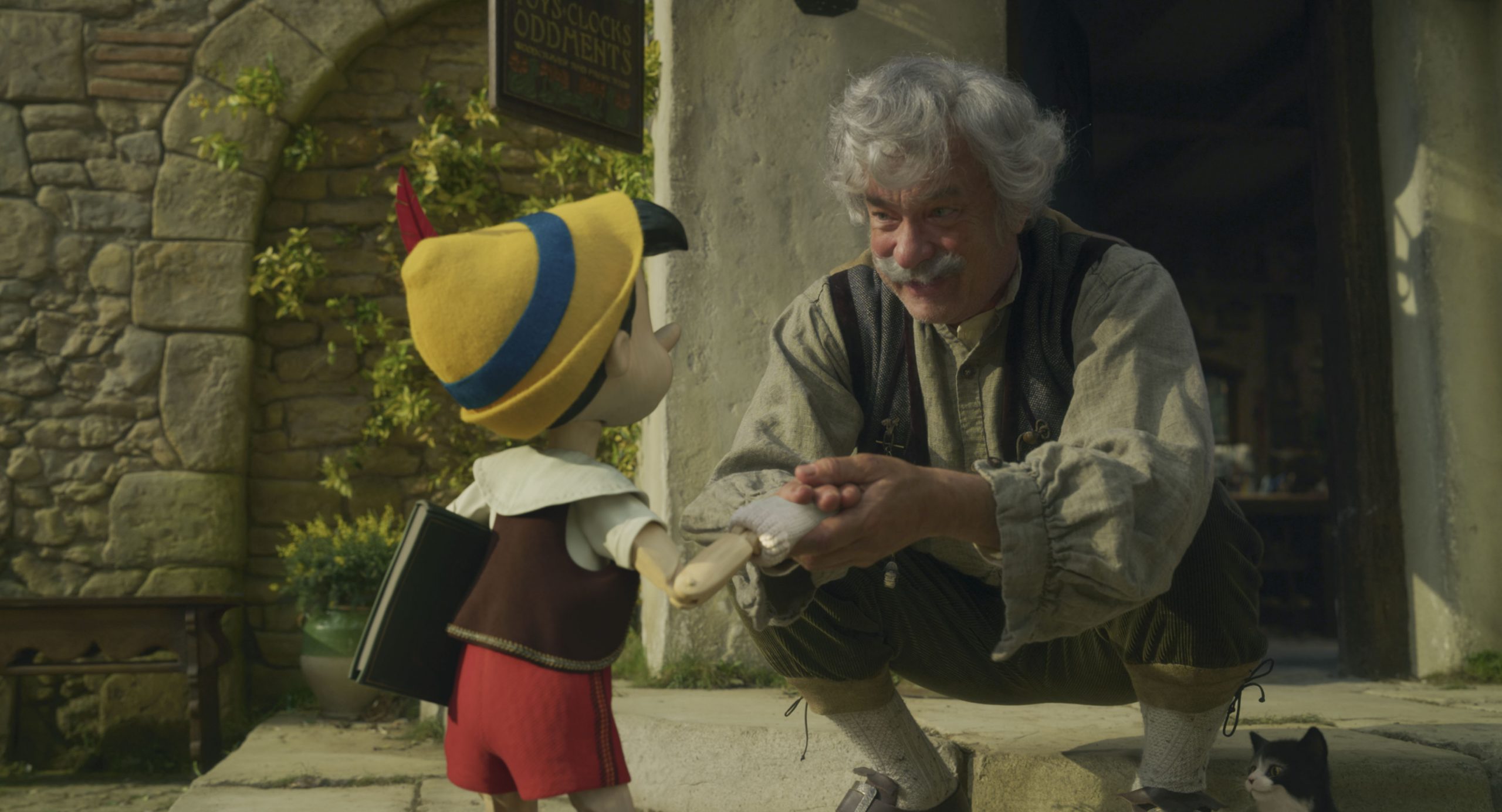 Gore’s comments came as part of an interview with the YouTube channel Film Courage, where he was asked, “What do you love about Disney live action remakes?”

He responded, “I don’t love anything about Disney live action remakes. I think these are the worst films of our time that represent everything wrong with factory filmmaking and studio executives and lawyers deciding they need to make a movie to somehow preserve the intellectual property.”

Gore continued, “The Disney live-action remakes with the exception of a few, I would say the Jungle Book by Jon Favreau, but almost all of them have been incredibly unwatchable.”

“Thankfully, the classic films on which they’re based still exist. Films like Pinocchio, Beauty and the Beast, and what not. But the live action remakes have been the worst,” he reiterated. 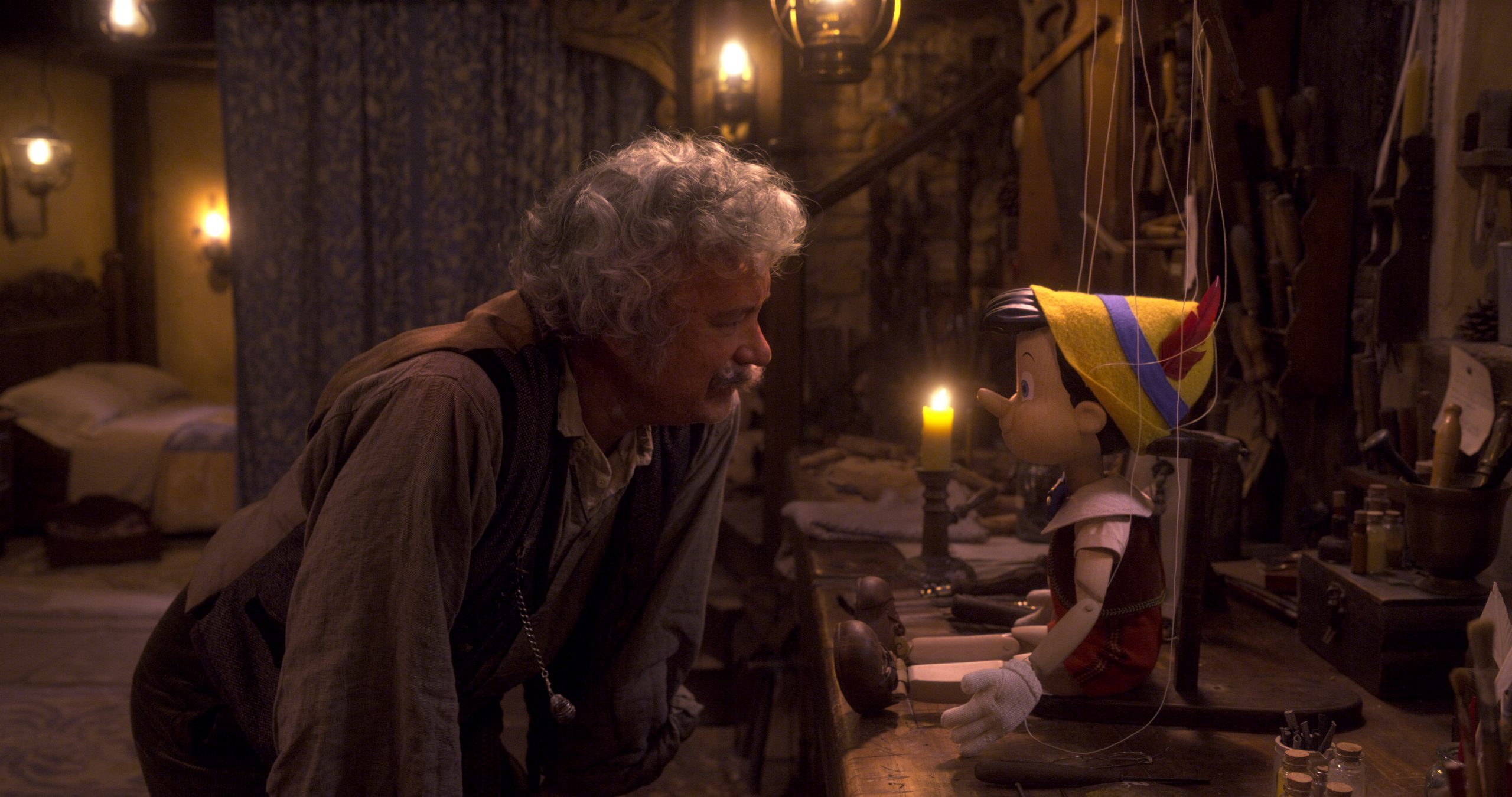 Hen then directed his ire towards Pinocchio, “Pinocchio in particular was one that had me specifically angry because it was, first of all, embarrassing at how bad the film was. It’s everything wrong. You’re taking the design of the original Pinocchio and rendering it in computer animation and it’s the exact same design.

“You get Tom Hanks to play Geppetto. It’s interesting, you know, in the original animation of Pinocchio, you have Geppetto and he’s so excited to have a young boy, a son, but when you take these concepts from animation, 2D animation, and put them into live action there’s something about it that is, at the very least, unsettling,” he notes. “Of a live action Tom Hanks dancing with joy that he has a young, a young live boy that’s his.”

“I don’t know how long of a dramatic pause I can put there after saying those words, but there’s something about it that just seems weird in live action,” he said.

“Just the updating it for modern audiences with unnecessary gender and race swaps that I think that audiences are beginning to tire of. The live action doesn’t really work. There’s certain concepts and ideas that work best in animation. Perhaps that’s why the Jungle Book is probably the one that stands out as the most watchable and probably the best of them because it is all animated. It’s all animated with the exception of the young boy,” he stated. 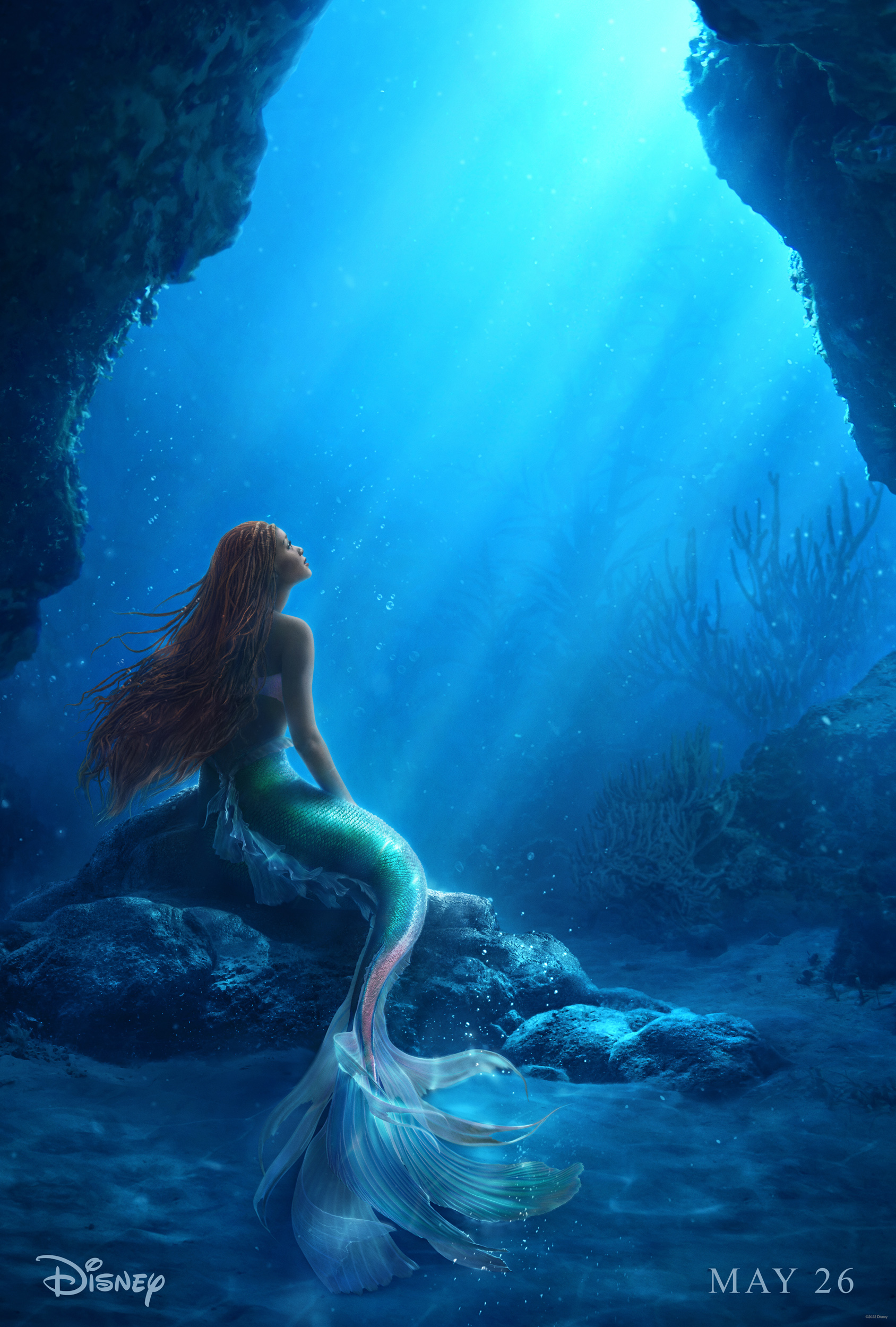 “But my God, these Disney animation translations to live action are a travesty,” he asserted. “I feel like I could teach a class where we just watch parts of Pinocchio daily and I tell you why this isn’t working. ”

To that point he said, “There’s even a scene in which Pinocchio trips over a pile of feces covered in flies and part of me thinks that the feces in Pinocchio with the flies — you could hear the flies — it was like the animators put that in to let us know, ‘Yeah, we know. We know too. They are this bad.’ And that film, it’s just horrific.

He then opined on why he believes these films are being made,”I really get the sense that it’s an attorney is saying, ‘Look, we need to remake these and we need to brand them to remind people.’ It’s somewhat similar to — there was a trend in the ’90s to do sequels to classic Disney animated films, Cinderella 2, Lion King 2, Bambi 2, and you can probably find them at yard sales. In the clamshell VHS casing you can find the sequels to all the classic Disney animated features. And they’re all completely forgettable and I wish they never existed.

“And I would say the same for all of these Disney live action films. Is literally an attorney saying just do it. It’s disappointing to see people like Robert Zemeckis who on a short list of perfect films made Back to the Future and then to see Tom Hanks, probably the most beloved actor, you could still call him a star, for them to team up with Disney to make it is horrific. And I just hope that Disney stops,” he concluded. 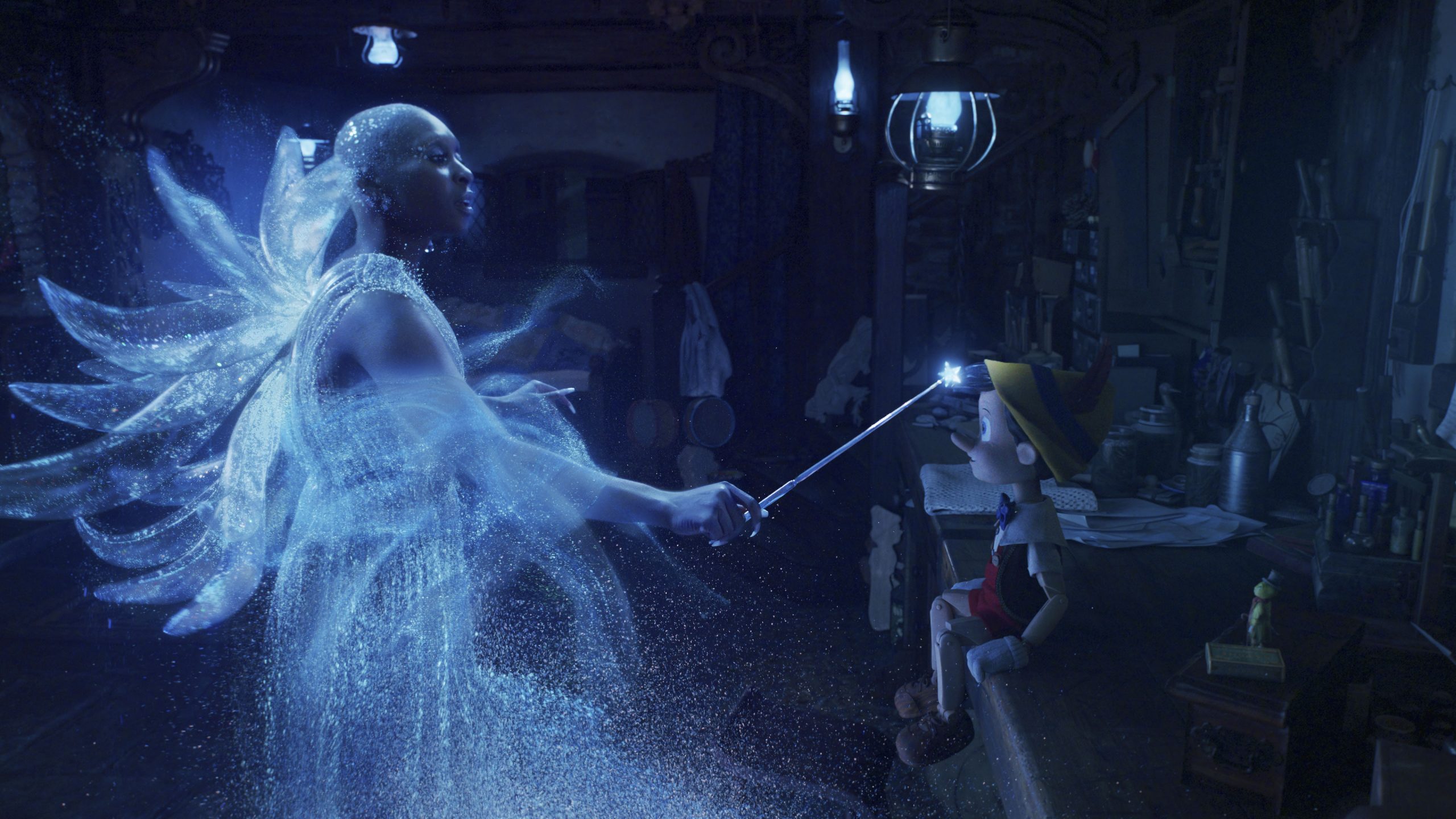 Gore would then be asked to go into further detail about the feces scene in Pinocchio. He obliged providing the context, “Well, Pinocchio is skipping his way to school. He’s distracted and happens upon a pile of feces. It’s a completely unnecessary thing to happen in the midst of the live action remake of the classic Pinocchio, to put in this pile of feces.

He continued, “But I do believe that was a not so secret message that the animators decided to add. Why would they do this otherwise? There’s no point in it.”

Gore goes on to declare, “The pile of feces in the live-action Pinocchio is the most likable character. I say that with a straight face.”

Lady and the Tramp via Disney+

When confronted with the global box office takes of a number of the remakes, Gore is questioned about the remakes making financial sense. He concedes, “Sure, it makes financial sense to remake classic and familiar intellectual property into another form animation to live action. That makes total sense on paper. I think these films are completely creatively bankrupt and forgettable. And it’s unfortunate that audiences would not be more discriminating when it comes to these movies.”

“I just don’t think that we’re going to be talking about any of these live action Disney remakes far into the future. We’ll still be discussing the classic films upon which they’re based,” he shared.

Gore also dispensed, “There is definitely a school of thought that will say that the reason that these movies are profitable is that they are effectively babysitters. That could also be a reason for the success. And also I kind of find it — there’s always a movie and this is in particular around the holidays, usually Thanksgiving or Christmas and whatnot — there’s a movie that offends no one, is not interesting, completely forgettable, but it’s the only movie that the entire family can agree that we can all go see together.”

“I despise these films with every fiber of my being,” he declared. “I mean I guess the best thing you can say about them is it keeps certain artists employed.”

The Lion King via Disney+

Of note, the most recent Disney live action adaptations have not fared well at the box office. Mulan only grossed $69.9 million. A number of them haven’t even made it to the box office being relegated to the Disney+ streaming service like Pinocchio and Lady and the Tramp.

Mena Massoud as Aladdin in Aladdin via Disney+

The live action remakes will have their mettle tested again when The Little Mermaid arrives with a race-swapped Ariel in May 2023 and when a Snow White film arrives in March 2024.

What do you make of Gore’s commentary regarding Disney’s live action remakes?

NEXT: Bob Chapek Denies Disney Has Become ‘Too Woke’: “The Company Survived For A Hundred Years By Catering To Its Audience, And It’s Going To Thrive The Next Hundred By Doing The Same”