According to the latest whispers surrounding the Marvel Cinematic Universe, when they finally do make their return to the silver screen, the Fantastic Four will do so with an a time-traveling adventure set in the 1960s. 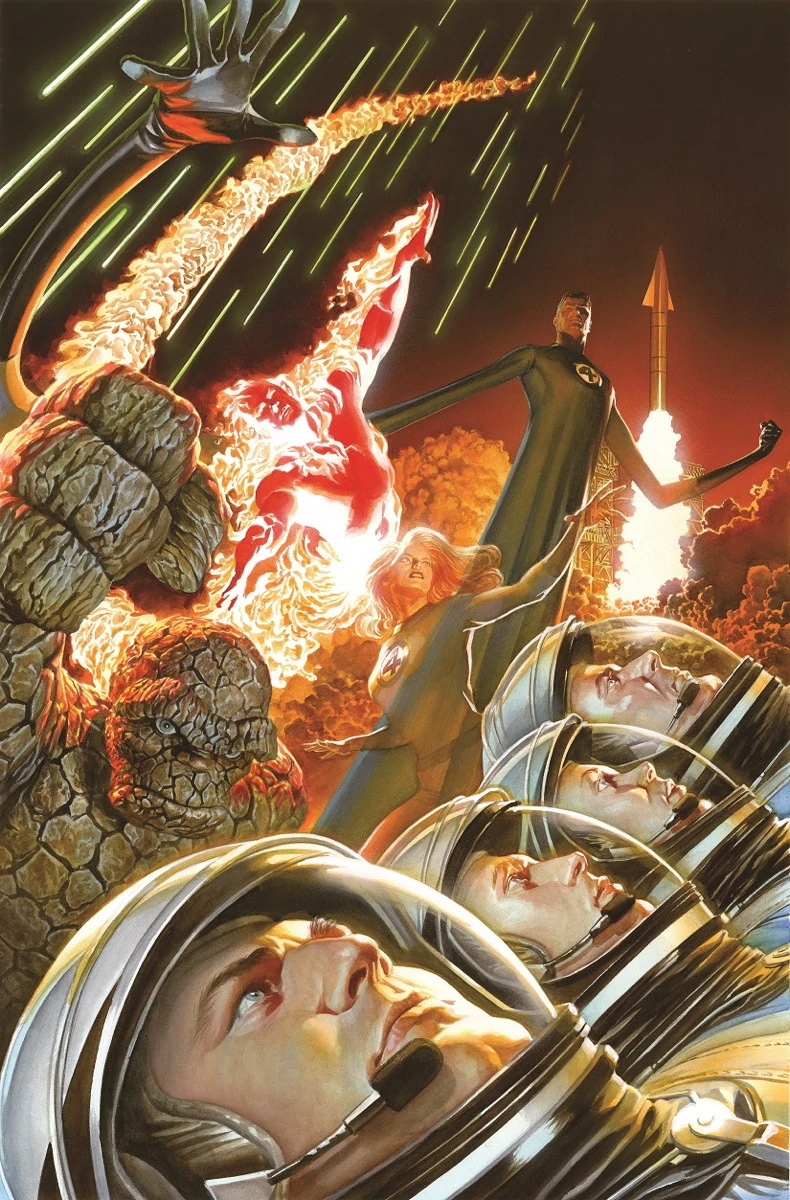 This latest rumor was first put forth on November 16th by noted scooper Daniel Ritchman, who revealed this supposed insider information via his personal Twitter account.

“#MarvelStudios upcoming #FantasticFour will be set in the past 60s,” wrote Ritchman. “They will be a team out of time.” 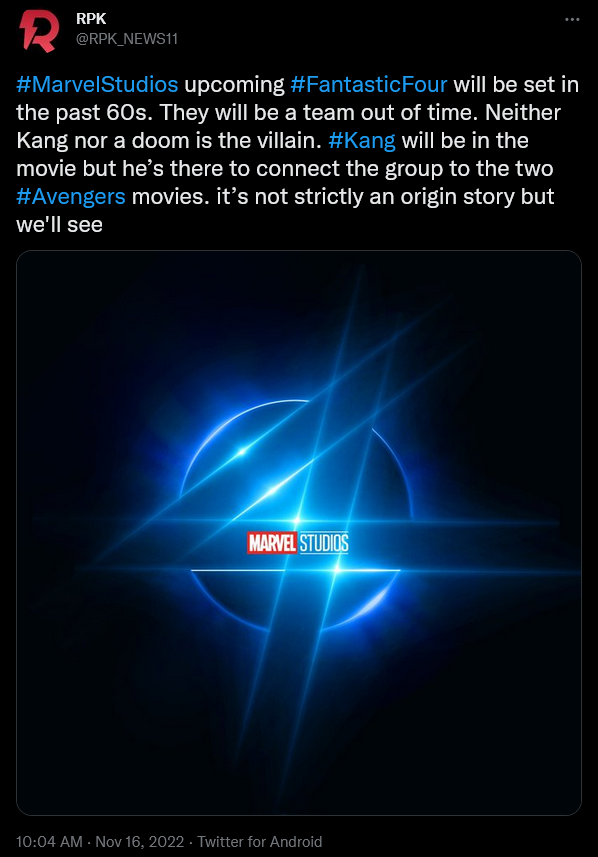 He further noted that while “neither Kang nor a Doom is the villain,” the former would in fact make an appearance in the film, though solely as a means of “connecting the group to the two #Avengers movies [Kang Dynasty and Secret Wars].”

Finally, the scooper claimed that the Fantastic Four’s MCU debut “is not strictly an origin story but we’ll see.” 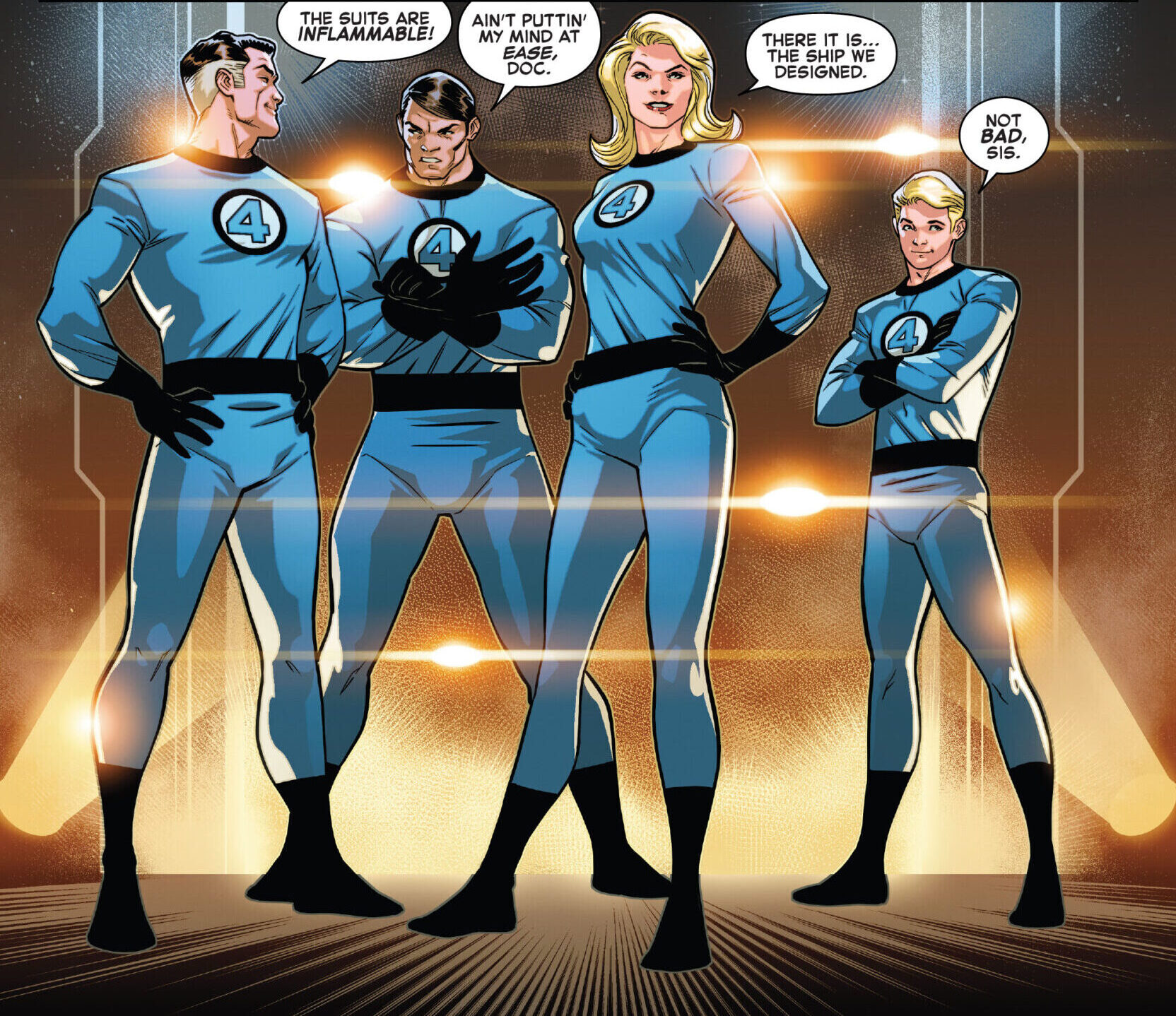 Should Marvel’s first family actually end up hopping through time, there’s a good chance – particularly given Marvel’ current inability to help themselves from virtue signaling – that outside of the studio’s CGI superheroics, that the film will spend an inordinate amount of time drawing laughably dishonest parallels between the social and economic issues of the past and those of the present. 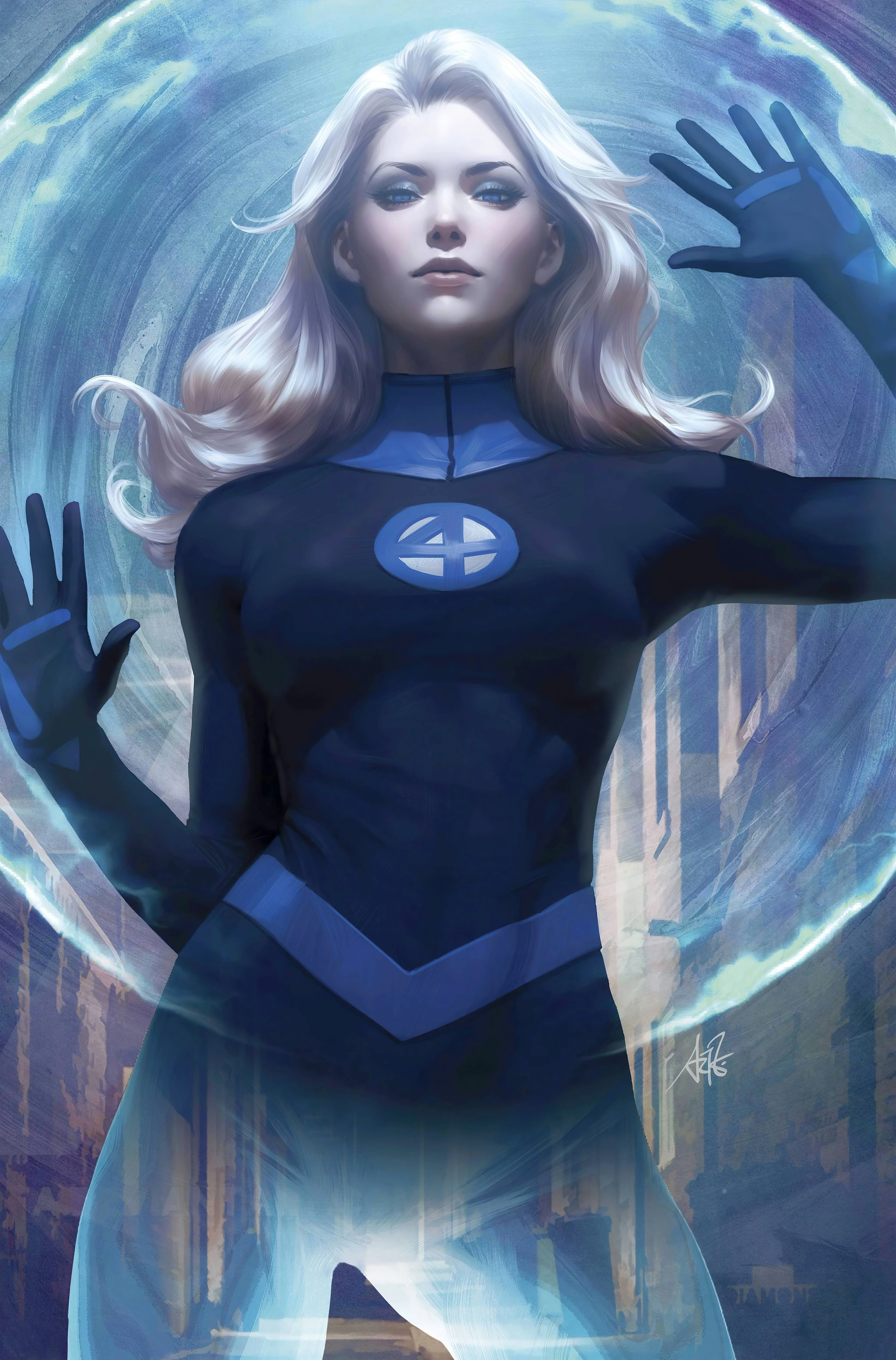 From the fighting of the Vietnam War, to the passing of the American Civil Rights Act of 1964, to the forced expulsion of Nikita Khrushchev as leader of the Soviet Union, the 1960s were undoubtedy a tumultuous time

However, by most metrics, least of all standards of living, things have gotten better across the board – and the globe – in the ensuing 60 years. 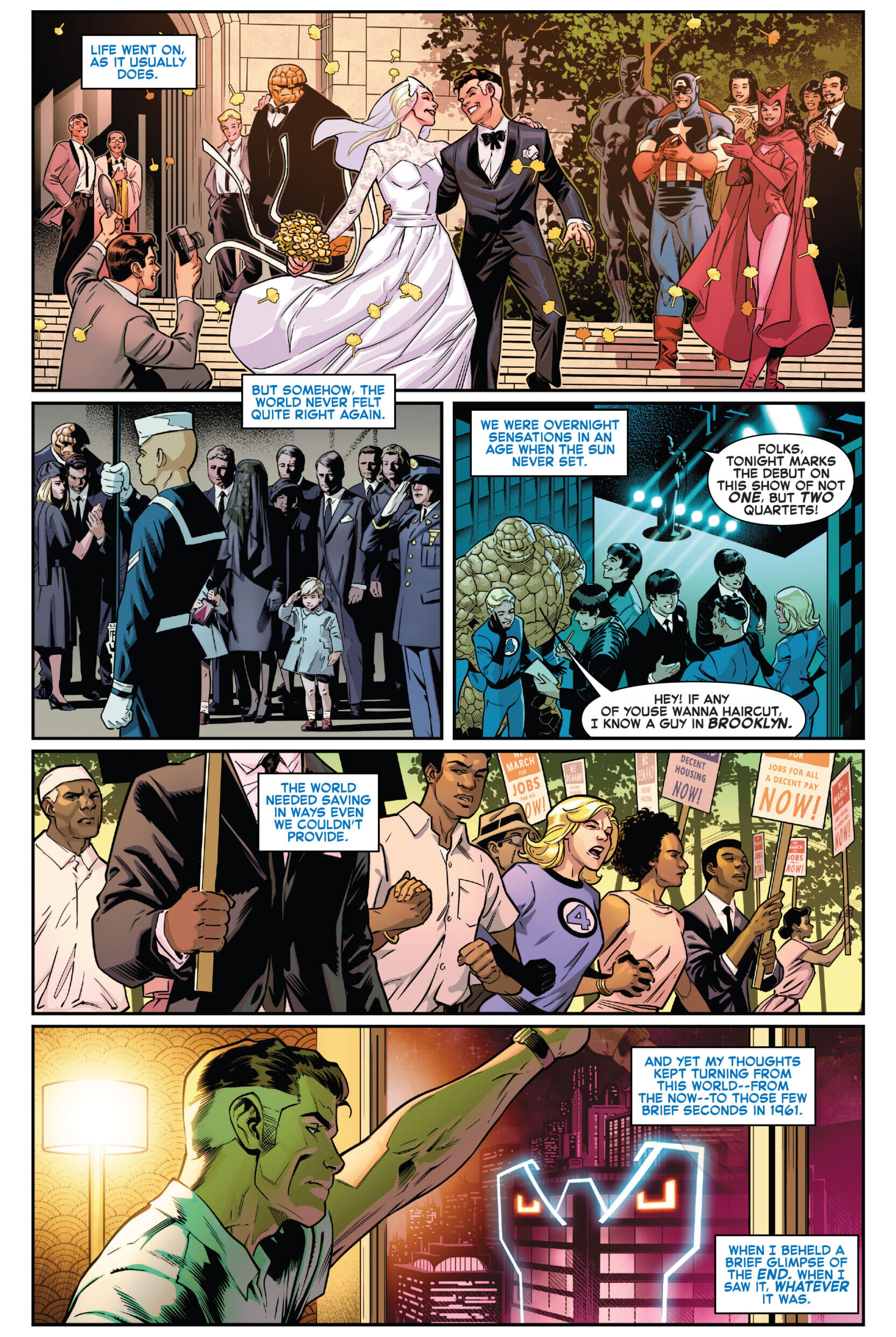 Despite this fact, expect The Fantastic Four – or any future Marvel project set in any year prior to 2014, really – to claim that things have either stayed stagnant or gotten worse for anyone not straight or white.

(As an aside, the reason for the above reference to Khrushchev? One can almost bet money that Marvel’s writers will make mention of this event in service of taking an uninspired swing at former US President Donald Trump and the multiple attempts by his opponents to remove him from office under the US Constitution’s 25th Amendement.) 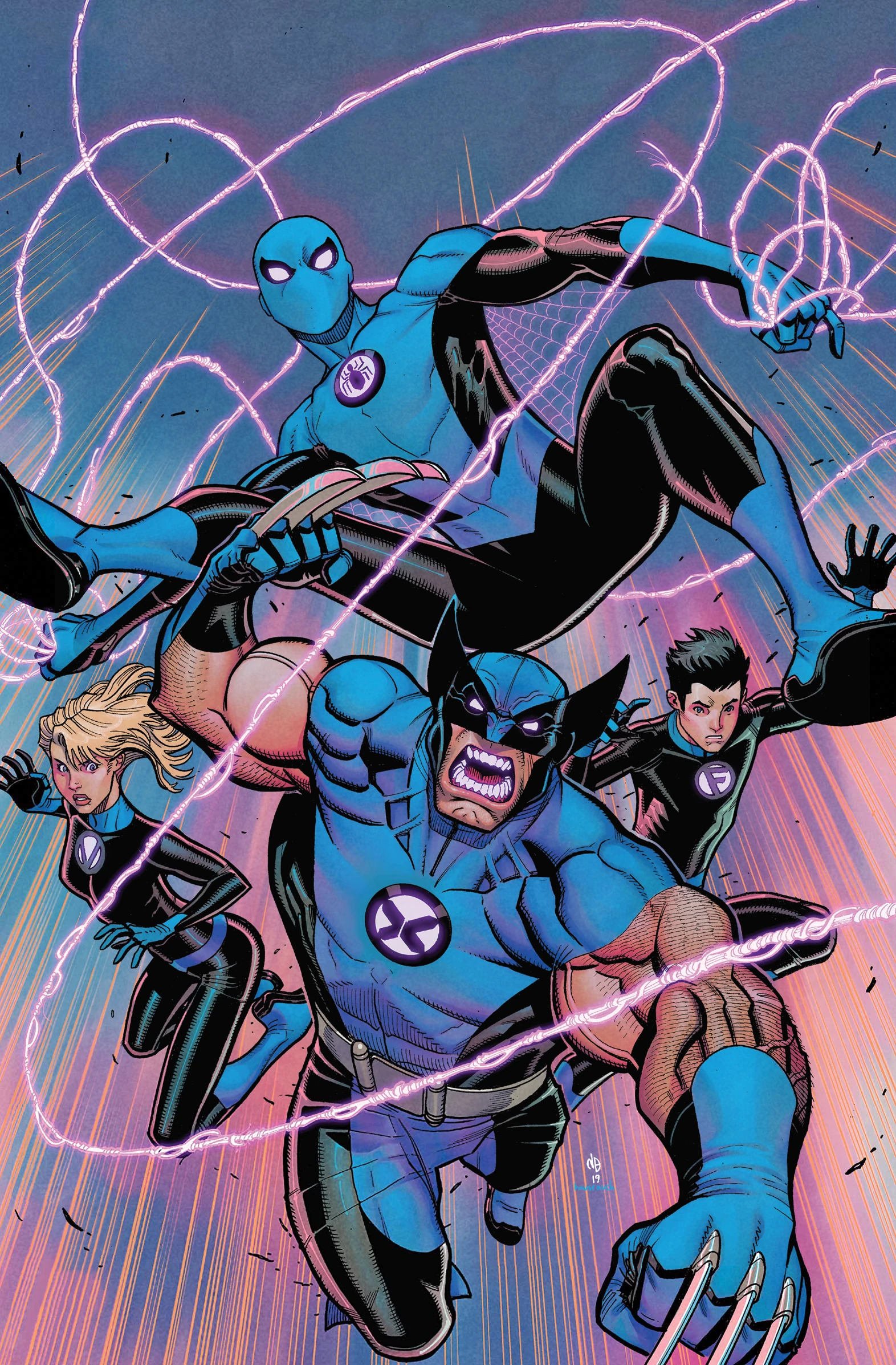 As of writing, concrete details regarding the upcoming arrival of Reed, Sue, Johnny, and Ben’s to the now flailing MCU are all but non-existent.

While no public mention has been made regarding its plot or cast – including no word on whether or not John Krasinski will reprise his role as Mr. Fantastic from Doctor Strange in the Multiverse of Madness – it has been confirmed that the film will be directed by Matt Shakman (WandaVision) and written by the two-man team behind the indie comedy Bert and Arnie’s Guide to Friendship, Jeff Kaplan (no, not that one) and Ian Springer.

Reed Richards (John Krasinski) introduces himself as a member of The Illuminati via Doctor Strange in the Multiverse of Madness (2022), Marvel Entertainment

Further, the film has received a release date, currently being slated to stretch its way into theaters on February 14th, 2025. 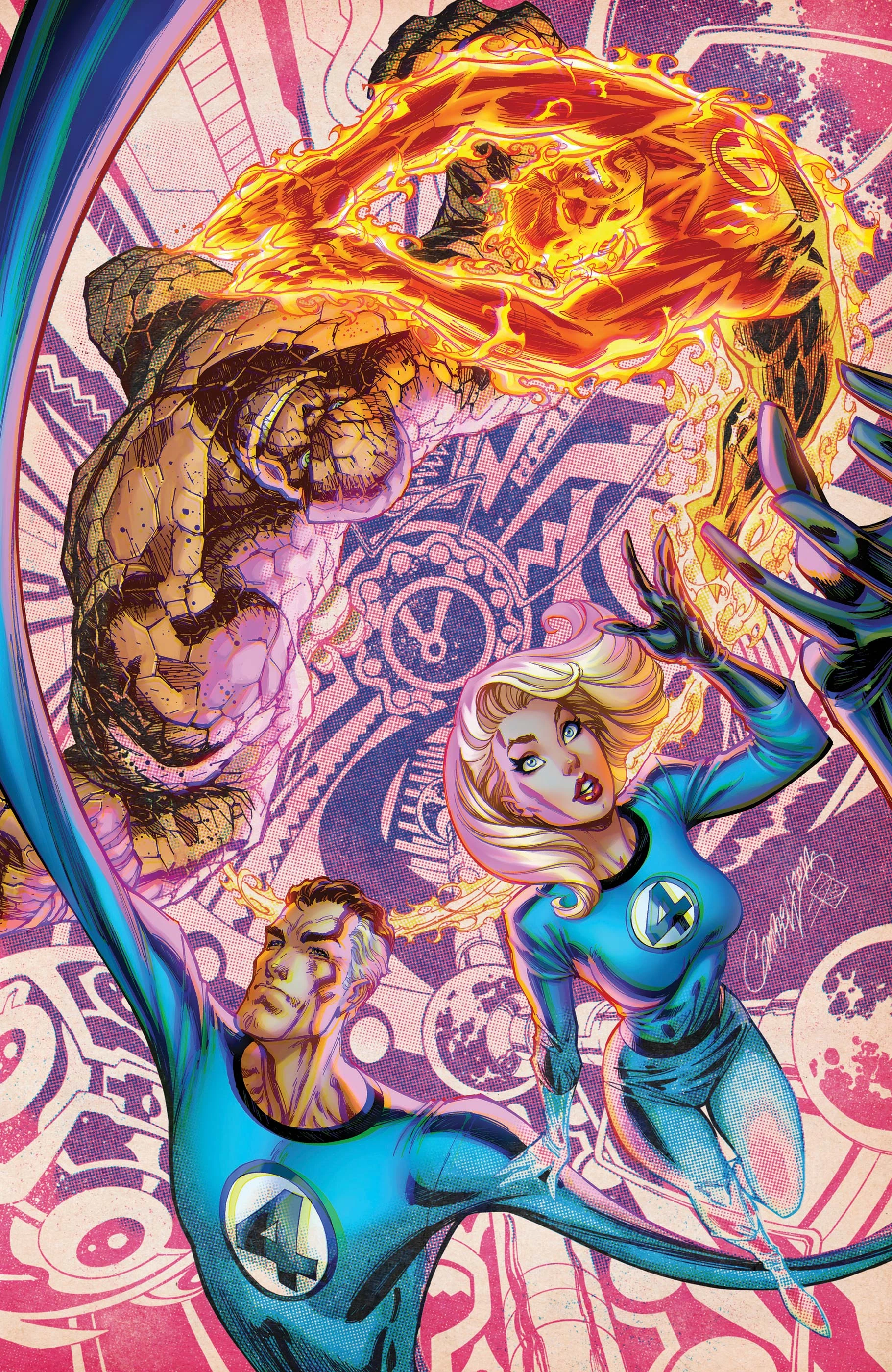 Next: Rumor: Disney To Race-Swap A Number Of X-Men For The Marvel Cinematic Universe, Use Cameos From Fox Films As “Better Bait” For Fan Interest