Under Disney’s so-called “direction,” the once-mighty Star Wars franchise has since descended into creative bankruptcy, with one talentless crew after another trying to reverse the downward spiral. Modest steps forward like Rogue One and The Mandalorian are defeated by backwards entries like the ill-fated sequel trilogy, The Book of Boba Fett, and the outrageously bad Obi-Wan. 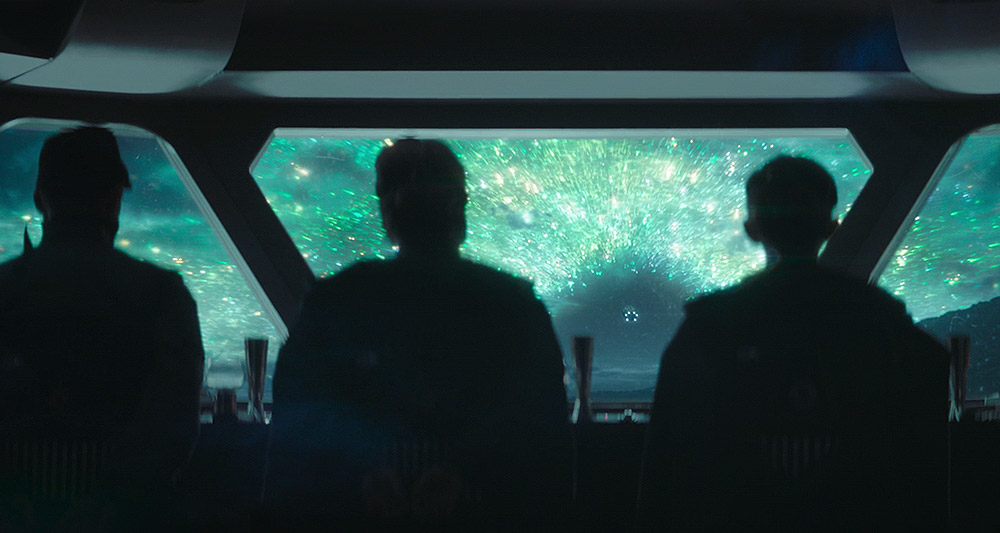 The latter was a new low for Disney, but they hadn’t yet found their floor. Next in the lineup was Andor, the most boring, pointless and nihilistic entry in Star Wars history. We stopped reviewing each episode after the fifth one dropped, simply because there was (literally) nothing to talk about. Now, we’re wrapping up our review of the show by bundling episodes 6 to 12 together in a desperate attempt to scrounge together some material to weigh in on.

Even then, it’s an uphill battle. 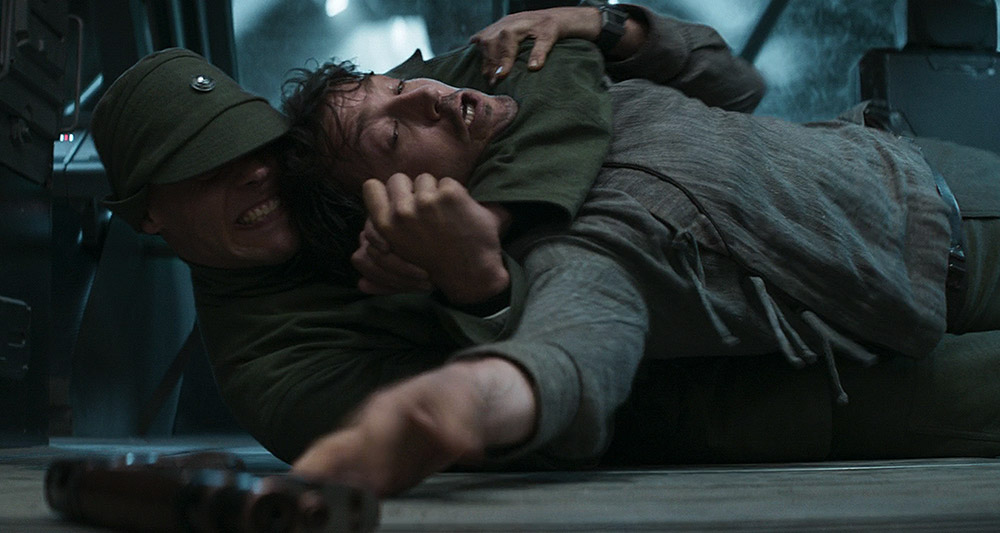 Cassian wrestles with an Imperial in ‘Star Wars: Andor’ (2022), Disney+

The series plodded along with ‘The Eye,’ where, after five grueling and punishingly boring episodes, something actually happened. Andor and his ragtag band of rebels make a go for the loot inside the Imperial installation on Aldhani. The buildup is decent, but the final execution feels underwhelming, which is typical of everything-Andor. Once the dust settles and the rebels escape, Cassian takes his share and makes a break for Ferrix in an attempt to convince his adoptive mother Maarva to leave with him.

When that fails, he decides to hide out on the paradise planet Niamos with his cut of the heist, but finds himself jailed for six years after corrupt stormtroopers (are there any other kind?) falsely accuse him of vandalism. It’s such a preposterous turn of events, and it very clearly demonstrates the show’s altogether lazy and uninspired writing. So, off goes Cassian to Narkina 5, a high-security work prison which serves as the setting for the show’s most ridiculous subplot. 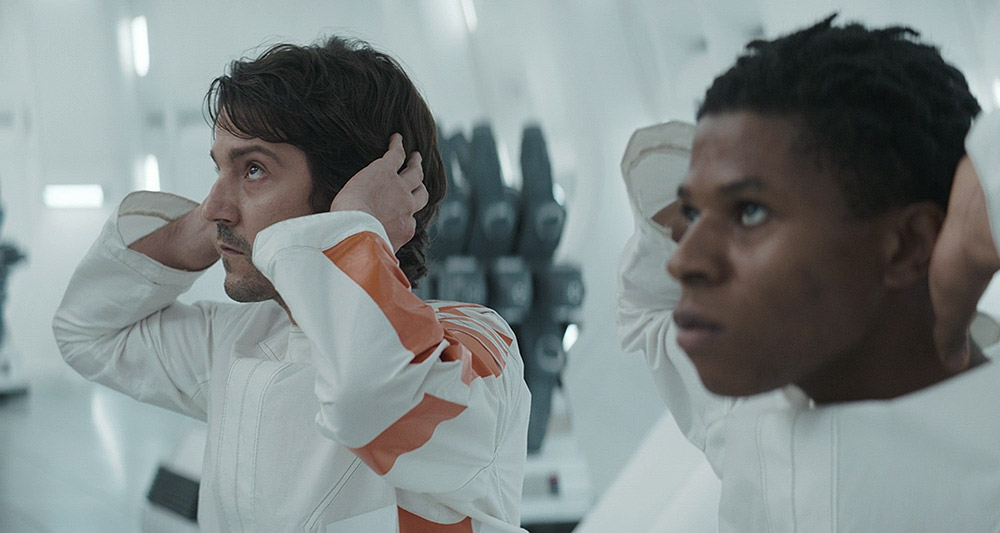 It’s revealed in the 9th episode ‘Nobody’s Listening!’ that the Imperials mistakenly sent a prisoner scheduled for release to another work level, which in turn forced them to murder all the workers on that floor to cover it up. This is, without a doubt, the most counterproductive, illogical and implausible plot device in the entire show. Why would the Empire murder a perfectly capable work force, rather than simply retrieve the prisoner and send him on his way?

Of course, it’s suggested that nobody is actually allowed to leave Narkina 5, but even if this were the case, the Imperials could have easily assured the prisoner that a mistake was made, then take him out back and shoot him. The level of incompetence on the Empire’s part flies directly in the face of all the detailed policies they put int0 effect to keep the prison running smoothly. In the end, it’s yet another lazy plot device meant to give Cassian a means to escape. 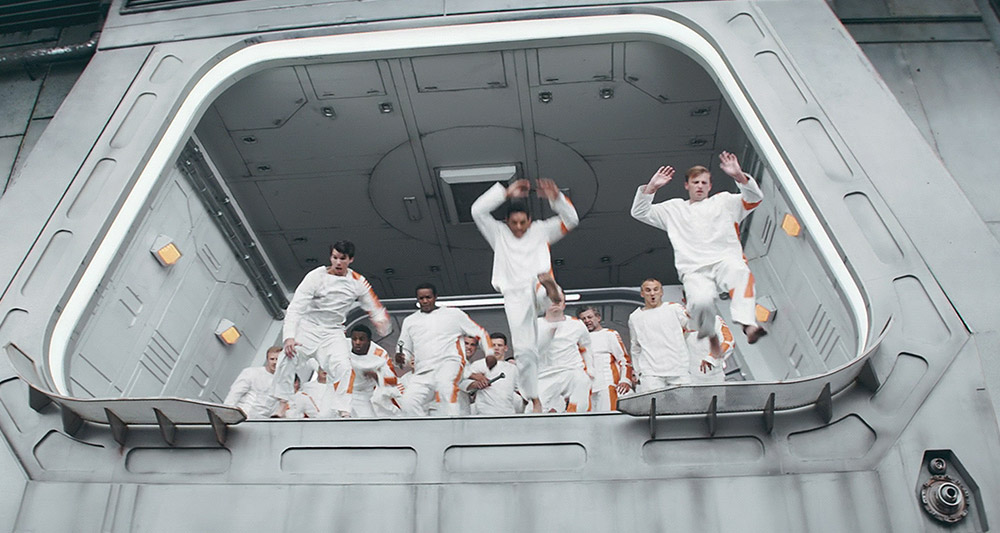 And escape they do, after a bloated, cliched and underwhelming speech given by prison leader Kino (played by the increasingly stereotypical Andy Serkis). The escape involves leaping into the waters below the prison installation and swimming for safety. Hundreds of them jump in, but that’s the last the audience sees of them. Only Cassian and one other prisoner manage to make it ashore. Did the rest drown? Nobody really knows, because the writers don’t actually care. After all, they need to hop conveniently to the next plot device – a pair of fishermen who just so happen to have a ship parked near an Imperial maximum security prison.

After heading back to Niamos to retrieve his belongings and credits (there’s a lot of back-and-forth planet-hopping in this show), Cassian learns that his adoptive mother Maarva has died. This sets the stage for the final act of the season – a funeral in her honor that both ISB operative Meero and momma’s boy-extraordinaire Syril Karn hope will lure Cassian. Of course, he does return to Ferrix, and the stage is set for those interested in his capture to completely botch it, while he in turn rescues a captive Bix from a makeshift Imperial interrogation center. 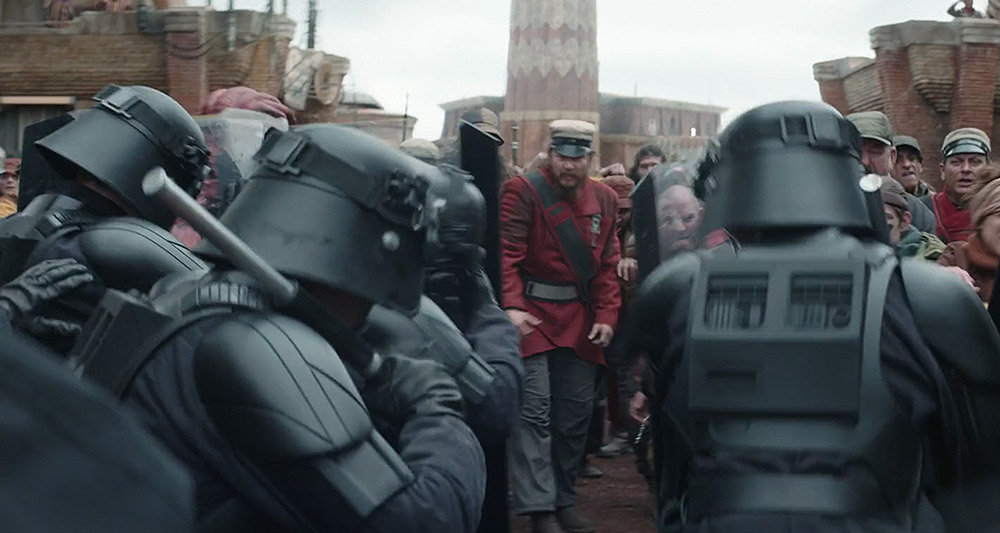 This occurs after a holo-recording of Maarva is shown during her funeral, where she encourages the citizens of Ferrix to rise up against Imperial occupation. It’s another underwhelming and silly moment that is meant to inspire the audience. Instead, the ensuing riot sees most of them slaughtered by Imperial troops, while Cassian easily makes his way out the proverbial back door with Bix in tow. Once they’re ushered to safety, Cassian confronts his shady employer Luthen, the influential and high-ranking rebel who sought to have him killed before he could spill any of his secrets.

Andor has only two good things going for it – the introduction of the ISB, and Mon Mothma. However, neither are used to their full potential, and both are pointed in exactly the wrong direction. Had the show jettisoned Cassian’s character entirely, or at least worked him into a better narrative, the results could have gone different. This should have been a Mon Mothma show instead, since she’s the only remotely interesting character of the bunch. 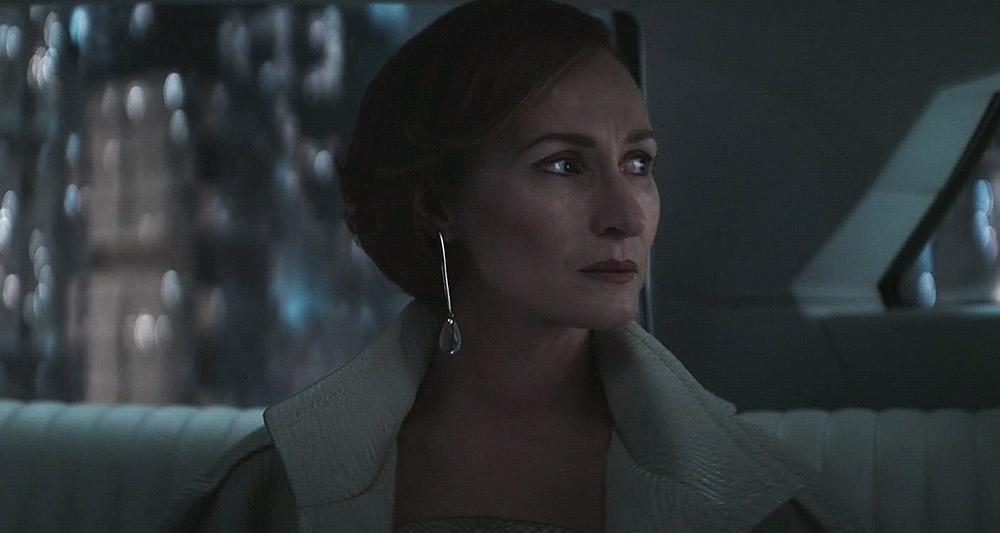 If the entire narrative was focused on her trying to evade the ISB, it could have been an excellent spy drama with enjoyable cloak-and-dagger elements that took Star Wars in a fresh new direction. It also would have made more sense for Cassian’s character, especially since Rogue One indicated that he had been in “this fight” since he was 6 years old. Andor doesn’t back that up at all. Cassian shows absolutely no interest in joining the Rebellion, which is out of character. 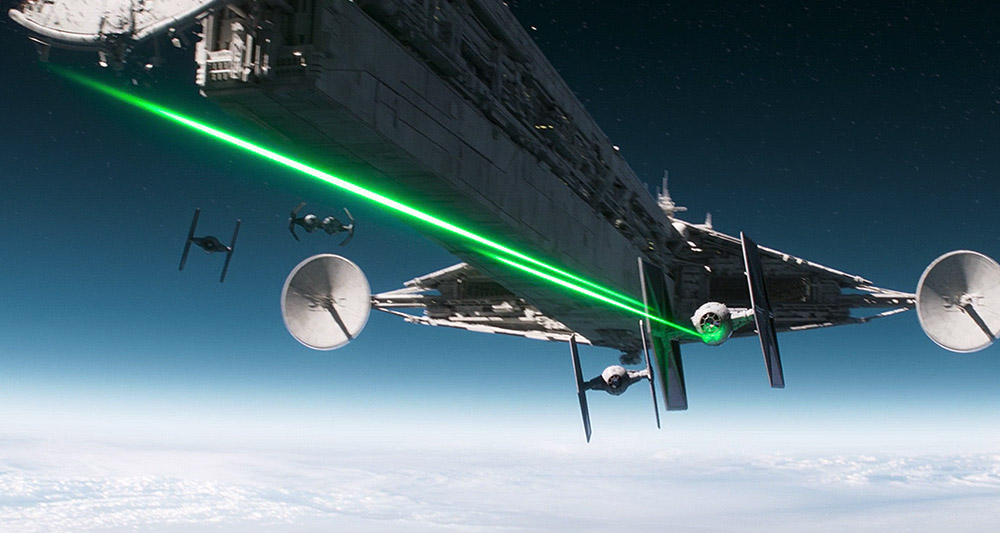 That’s about it for the good stuff. Andor’s shocking lack of redeemable qualities is indicative of the team’s incompetency, writ large. In the hands of a seasoned and intelligent writing team, every single aspect of Andor could have been remixed, and turned into a riveting, thrilling and entertaining show. Alas, they blew it, and then some.

Ninety-five percent of Andor is a total wash, and that’s being generous. Only those suffering from Stage 4 Phantom Menace syndrome could possibly rush to its defense, and they’d look silly if they did. As mentioned in previous episode reviews, Andor’s biggest cardinal sin is that it feels like the polar opposite of Star Wars. In fact, it runs purposely away from the franchise, while still gaslighting fans into thinking it’s doing them a solid. 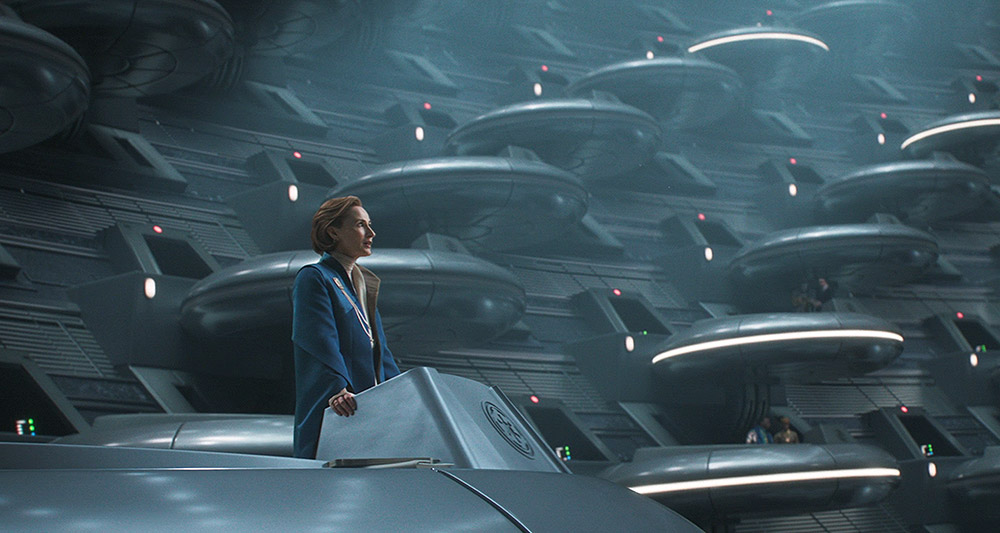 It’s an insult, and no doubt done on purpose, given Disney’s deep-seated hatred of the fanbase, and the franchise in general. Post-Rogue One Star Wars content under Disney has focused exclusively on deconstructionism, and Andor is just the latest stage of that objective. It tries to titillate the viewer with a few shots of Coruscant. It tries to convince you that bringing Mon Mothma into the story was done for the sake of fan service. It lies to you when it makes it seem as if it wants to expand on the era that directly preceded the Battle of Yavin.

All the while, Andor serves up a hot mess that can’t even execute its own LGBTQ queerbaiting and overarching feminist narratives properly, which is truly amusing. The former is too hot even for an “adult” Star Wars story like Andor, which means the lesbianism is implied at arms-length. The latter falls to pieces in the final episode when tough-as-nails Dedra Meero is reduced to a quivering, babbling mess on the merge of bawling her eyes out, only to be rescued by Syril Karn.

Will they…or won’t they? Oh! Such romantic tension! 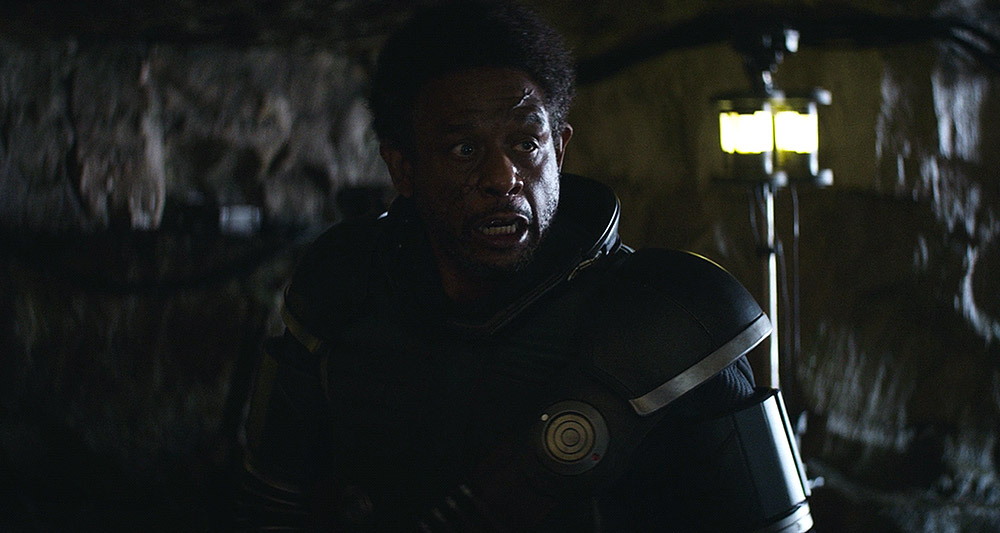 Not even a few cameos by Saw Gerrera (played once again with astonishing excellence by the amazing Forest Whitaker) can stave off the boredom and banality that is Andor. It’s a terrible show from start to finish. The fact that it spreads the dullness over the course of twelve episodes is a travesty, which in turn betrays the confusion and cluelessness of the writers. It was the job of showrunner Tony Gilroy to take the reins and make something of this show.

Instead, he focused exclusively on “subverting expectations,” dooming Star Wars once again. Hot on the heels of Obi-Wan and The Book of Boba Fett, this shouldn’t have happened. Theoretically, the only direction this show could have gone was up, but Gilroy decided to double down on the hapless stupidity exercised in the previous two shows, and the results speak for themselves. 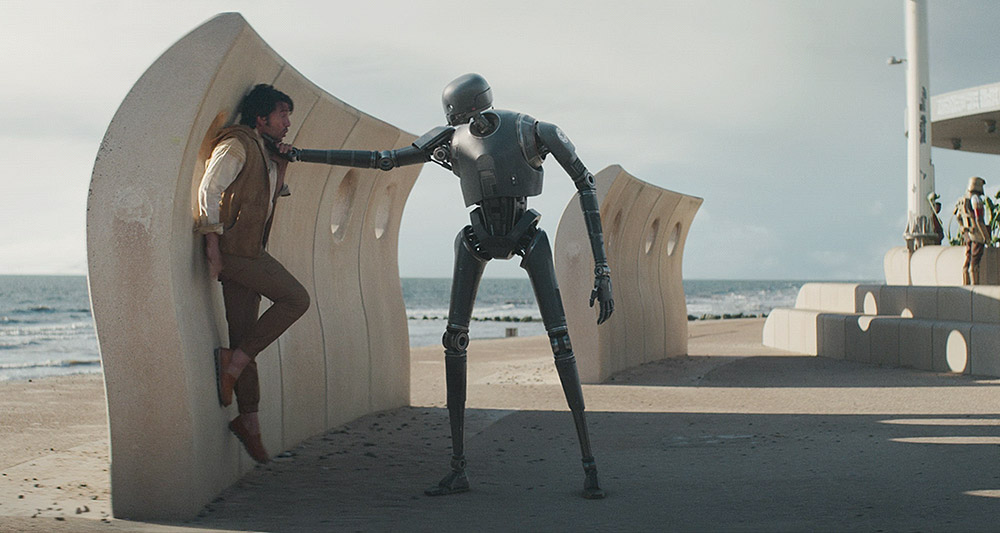 The two most glaringly obvious problems with Andor are its weak story, and nonexistent character development. The entire plot can best be summed up as follows:

1) Cassian gets into trouble and leaves Ferrix to take a job.

2) Cassian assists with an Imperial bank heist on another planet.

3) Cassian returns to Ferrix when the job is done, only to leave immediately.

4) Cassian vacations on a paradise planet, then gets sent to prison.

5) Cassian escapes prison, and goes back to the paradise planet.

6) Cassian leaves the paradise planet, and goes back to Ferrix.

That’s it. As for the subplots taking place in the background, they don’t really matter. This was supposed to be his show, after all. There’s no real growth in Cassian’s character from the first episode to the last. He’s still the same jaded, underachieving drifter, only with more credits to his name. 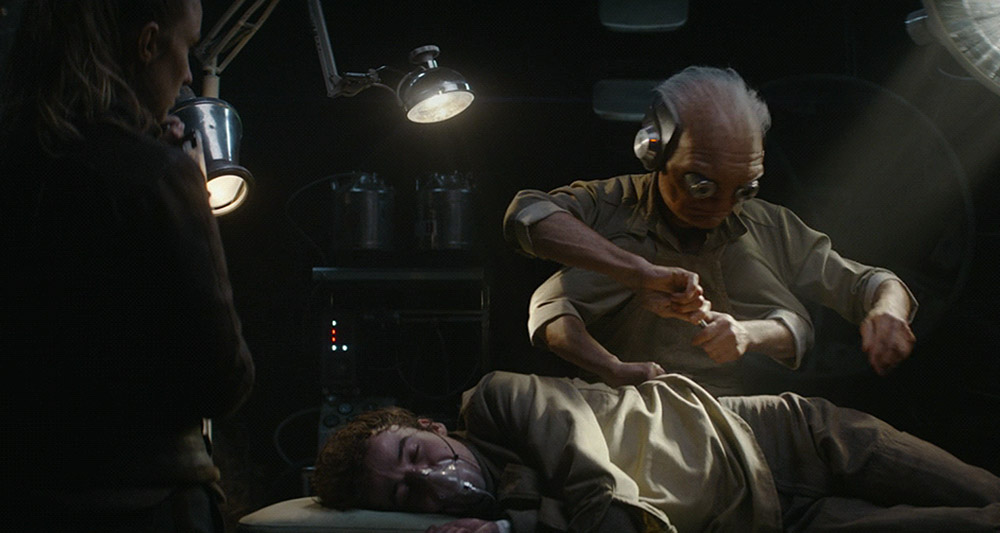 This is a chronic problem for all of Andor’s characters. Three-quarters of them are either cannon fodder, or necessary to move the plot along, but at no time do any of them make any sort of an impact on the story. They waltz into frame one minute, and they’re gone the next, never to be heard from – or remembered – ever again, since they’re so uninteresting. What’s left is a game of musical chairs between the show’s three main leads, ranked in order of importance – Mon Mothma, Luthen, and Cassian. 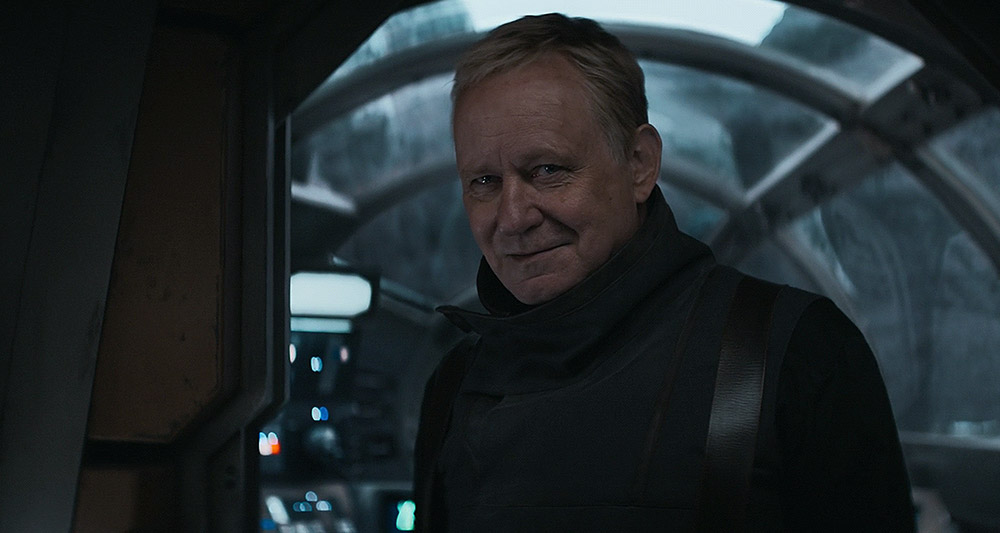 It’s cute how the final scene of the last episode leaves the door wide open for a season two, which has a snowball’s chance in hell of being greenlit at this point. Nielsen ratings for Andor are nothing short of a complete disaster, so unless Disney OK’s a second season just to save face (and waste millions of dollars in the process), nothing else is going to happen here. If a second season does go into production, it will no doubt focus on Cassian being wooed into the Rebellion by Luther.

It doesn’t matter, since the retcon’s damage has already been done to the character’s backstory.

It’s never good when a Star Wars show manages to direct ridicule and scorn away from Rian Johnson, the loathed director of the worst Star Wars movie of all time – The Last Jedi. He should have been the whipping boy for Star Wars fans to focus their ire on for decades. Now, Gilroy is in the hotseat, and by extension, the irredeemable Kathleen Kennedy, who served as executive producer for this show. 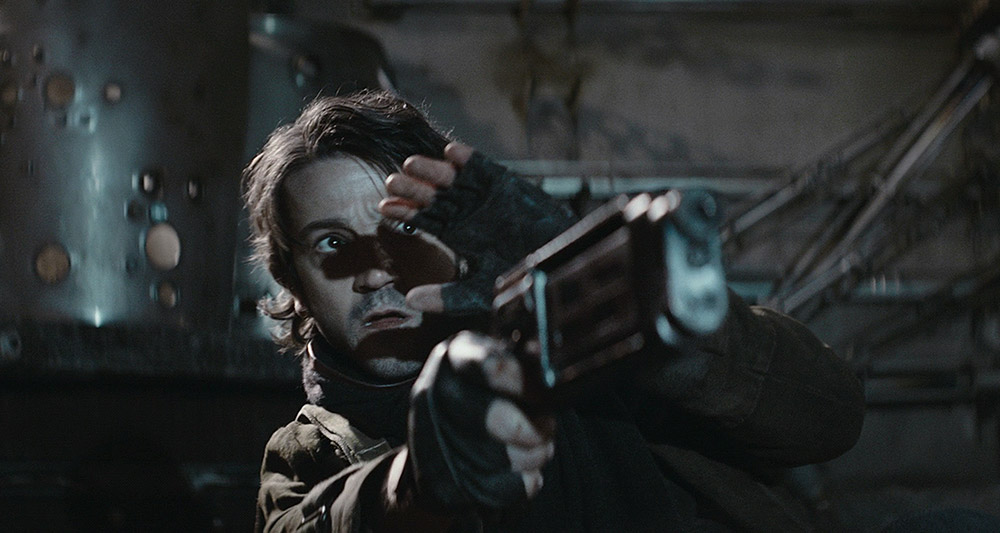 Andor is a complete waste of time. We watched it so that you didn’t have to. It’s as simple as that. If you’ve sat on the sidelines debating whether to give it a try, or you simply don’t believe the show is as awful as we’ve made it out to be, then by all means, fire up the first three episodes. Trust us – it doesn’t get any better from there.