Audience ratings for The Walt Disney Company and Lucasfilm’s Willow series are in the toilet. 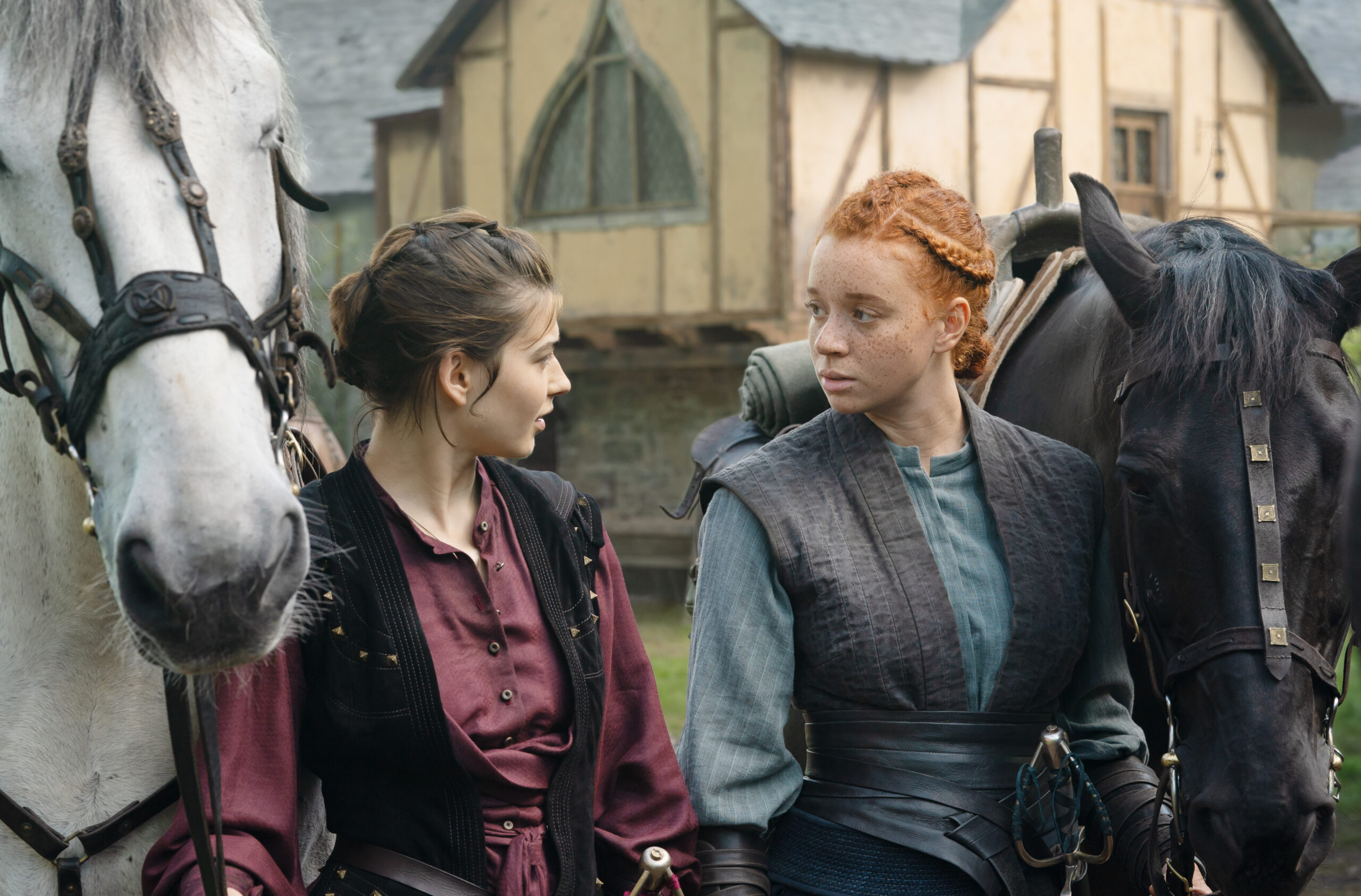 The Willow series is a continuation of George Lucas and Lucasfilm’s 1988 Willow film and is described as a story about “an unlikely crew of heroes on a quest to protect Andowyne from an even larger foe than they had imagined possible.”

The show’s creator Jonathan Kasdan confirmed the show features a queer relationship at its core explaining to Polygon, “What’s interesting is — I hope and I believe we’re at a moment where you’re going to see a paradigm shift in that. And hopefully, the way that it’s gonna happen is that these kinds of [queer] stories, particularly like this one, that were just organic to the narrative we were telling, find their way in, and it becomes less of a surprising and unusual thing to see.”

Kasdan added, “Because it’s a part of the landscape of the world around us, just like the diversity elements of casting. If you look at the original Willow, by no fault of anyone, it’s not very diverse. And as we enter 2022, the world has changed, in the way we’re absorbing entertainment, and the faces we’re reflecting in entertainment have expanded enormously, and we hope the show can be growing as the world grows. Just as, frankly, the movie was.” 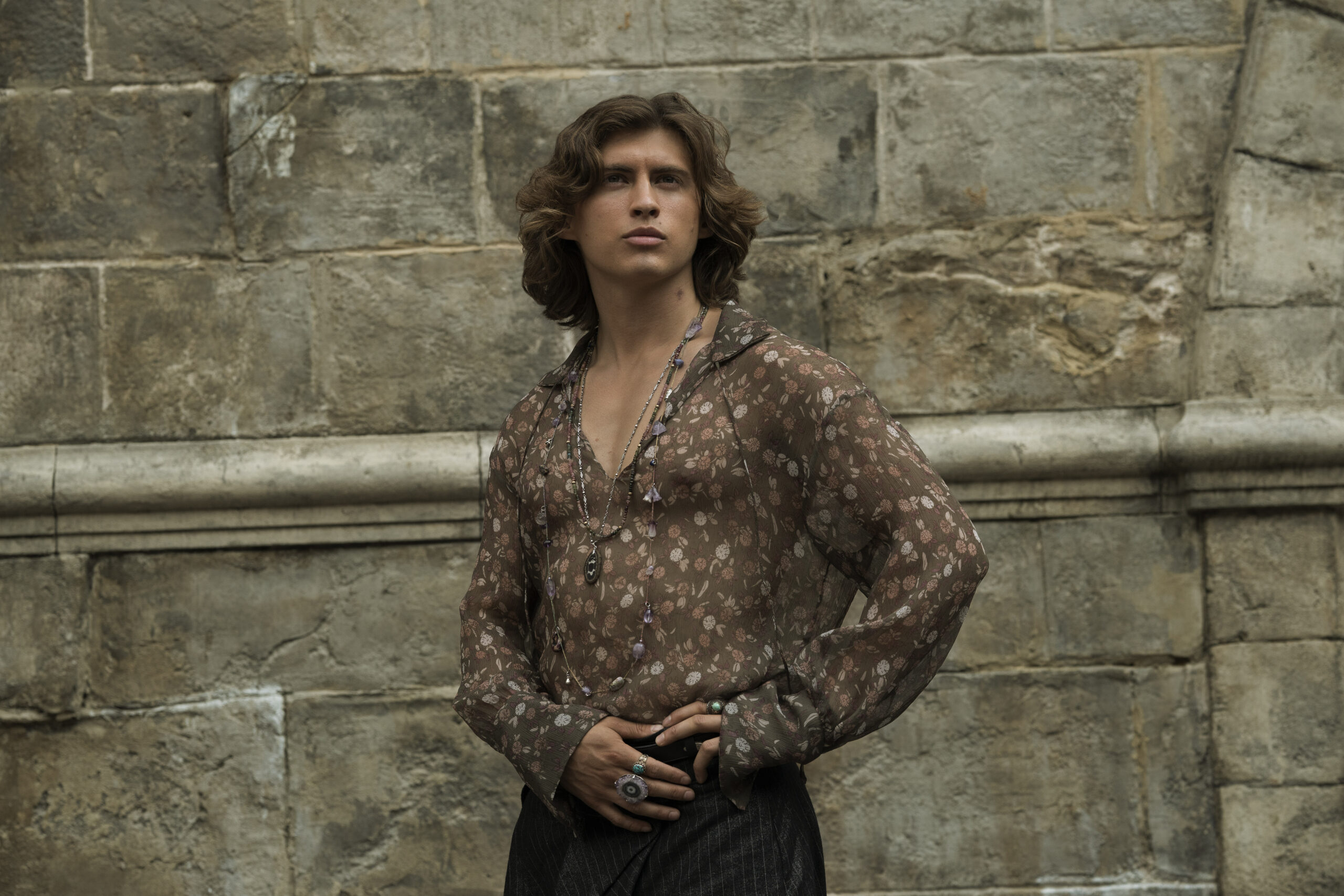 Kasdan further detailed to Entertainment Weekly, “It was a totally organic thing. It was not a decision that was ever made because we thought we needed queer representation in the show or that that was something we were intent on doing. What was clear was that we wanted to put at the center of this story a daughter for Madmartigan, who was torn between two people. One of those people was this person she was obligated to marry and was not in love with. And the other one was her best friend, who she was [in love with].”

“It felt very natural — as the pilot was coming together and the question about who these women are and how they empower the next generation — that that best friend would be female, too,” he added. “It never even occurred to us that we were making a choice to do a queer relationship, so much as it was to a story choice to put Kit into this interesting dynamic of friendships and romances.”

Fans have not taken to the new series. On Rotten Tomatoes the series has an average audience score of 38%. 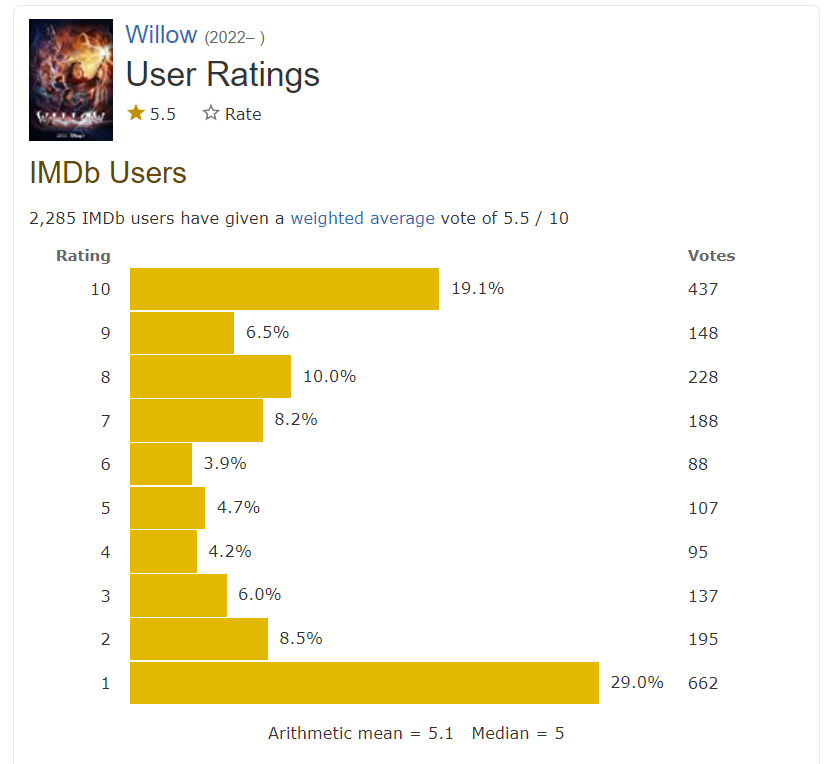 RELATED: Disney CEO Bob Iger Claims He’s The Arbiter Of What Is Right And Wrong, Confirms Company Will Continue To Promote Acts Of Grave Depravity

Metacritic users give the show its worst score of 1.8.

Audiences aren’t the only ones who dislike the series. YouTuber Overlord DVD described the series as a “farging bestish of a crap show. Unbelievable just how wretched and rote and by the book woke this trash is.”

He later added, “Willow sucked, alright. Willow just sucked. It’s embarrassing in a lot of ways not just for fans of Willow. For fans of Willow it’s probably going to be excruciating, but I’m just talking about just as a casual viewer. One questions why one is watching this. Why one is having access to Disney+?”

What do you make of these user scores for Willow?

NEXT: Bob Iger Confirms Disney Will Double Down On Woke Content: “We Can’t Lose That, We Just Can’t”