It’s only been a few months since the Tanjiro and crew put an end to Daki’s control of the lYoshiwara entertainment district, but Demon Slayer: Kimetsu no Yaiba is already gearing up for its television return. 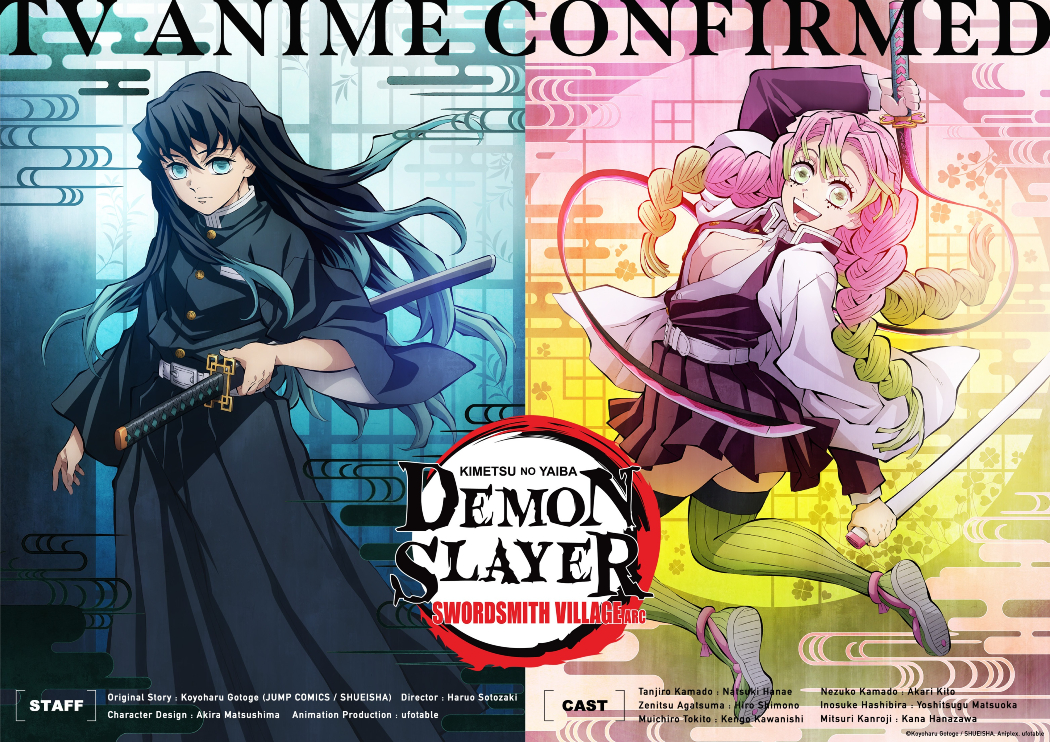 Announced as part of a special series live stream held on December 9th, the Demon Slayer: Kimetsu no Yaiba anime will premiere its adaptation of the manga’s Swordsmith Village Arc in April 2023, beginning with a special one-hour season premiere. 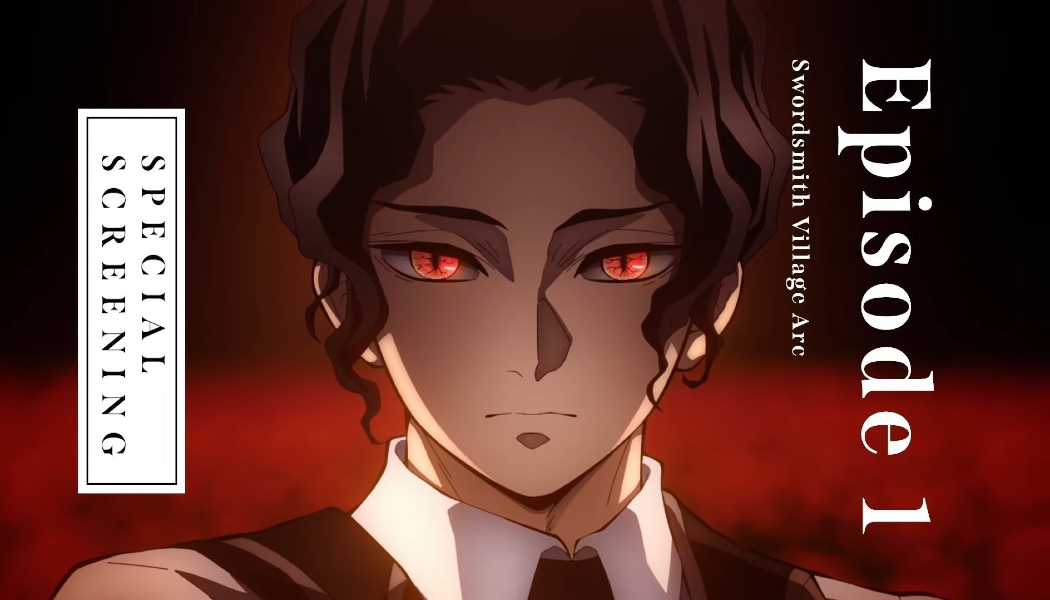 Picking up immediately after Daki’s aforementioned defeat, the third season will see Tanjiro and his demonic younger sister Nezuko seek out the swordsmiths of the Tecchin Tecchikawahara village for help in replacing the his recently-broken sword.

Along the way, the two will not only find new allies in the busty Love Hashira Kanroji and the stoic Mist Hashira Muichiro Tokito, but also encounter a couple of the Twelve Kizuki’s remaining Upper Moon Demons when Muzan sends them to massacre the inhabitants of Tecchin Tecchikawahara. 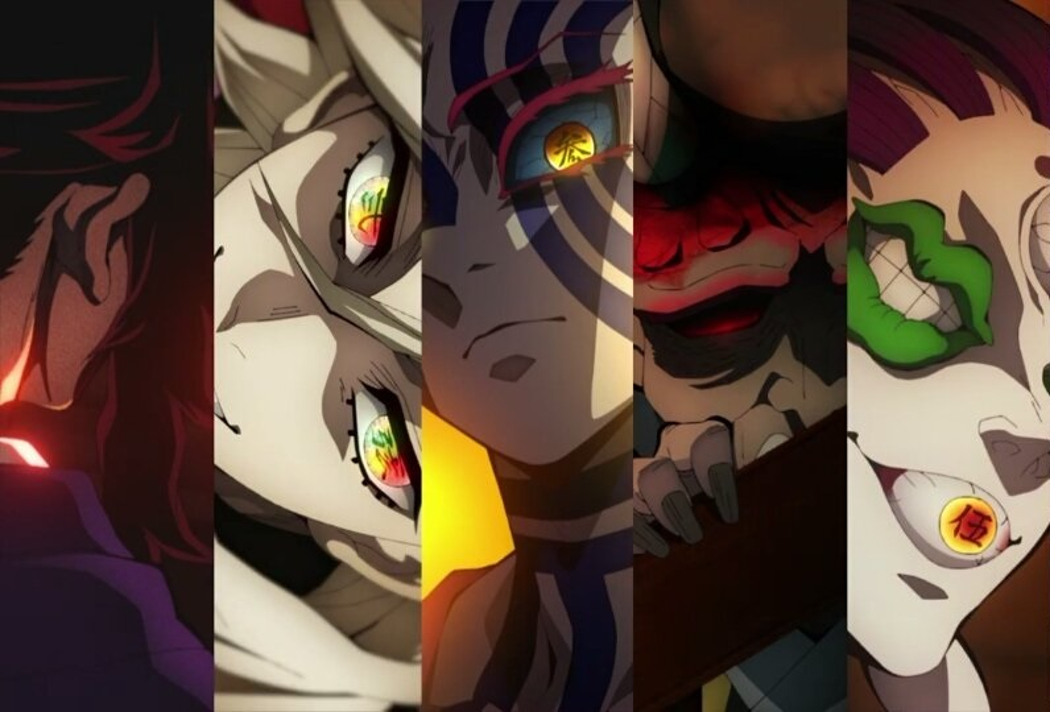 Alongside this announcement, series production studio Aniplex released a promotional reel for the upcoming World Tour that highlights some of the Swordsmith Village Arc’s key players.

RELATED: From ‘Ruroni Kenshin’ To ‘Fate/strange Fake’, Here Are The Highlights From Aniplex Online Fest 2022

A descendant of the swordsmen who first developed the Corps.’ signature Breathing techniques, the young Hashira will spend the next season discovering the truth about himself and his foggy past. 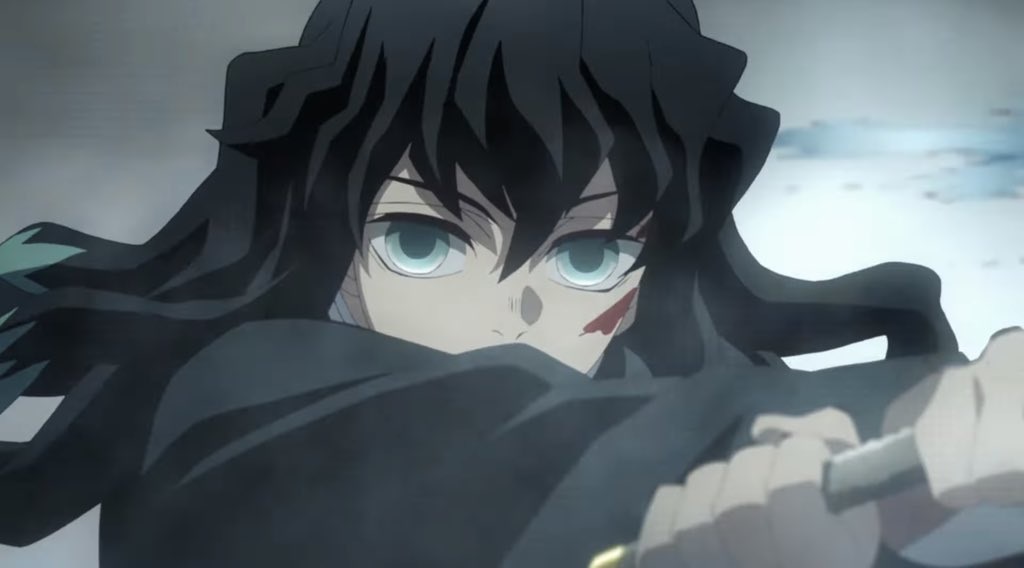 Sporting two-toned hair and a rather loose uniform, Mitsuki Kanroji is the adorable Love Hashira of the Demon Corps.

Quick to punish those who needlessly hurt others with her flexible katana, Mitsuki enlisted in the Corps to find a man strong enough to marry her – a feat which is harder than it sounds since her muscle density is eight times that of an average person. 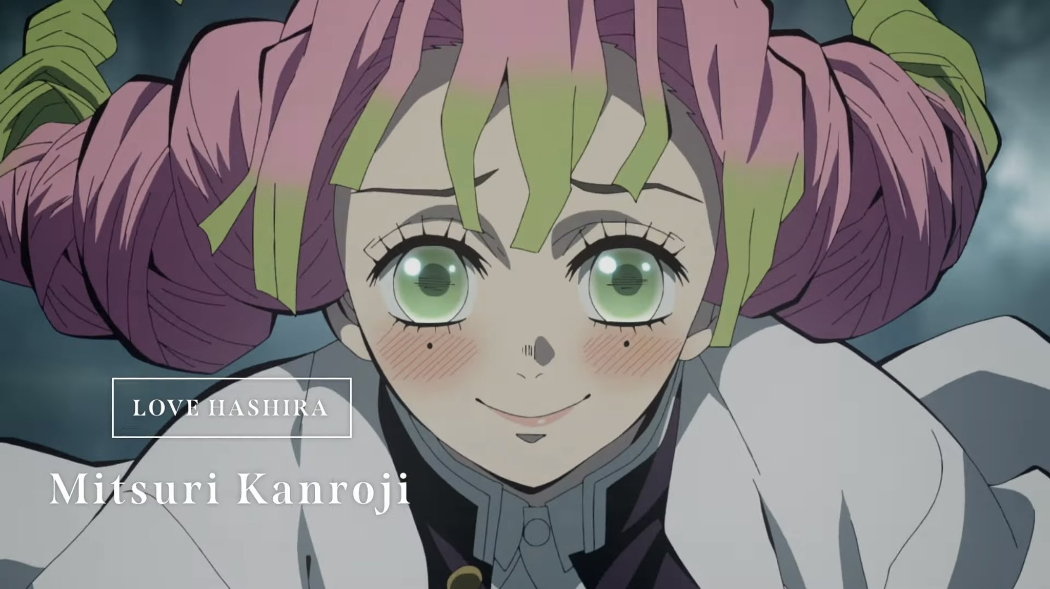 Unlike the majority of the Demon Corps., including his older brother, the Wind Hashira Sanemi, Genya Shinazugawa can’t use Breathing techniques.

However, this hasn’t stopped him from looking for his own way to catch up to his brother – hence the determined look he gives his sword. 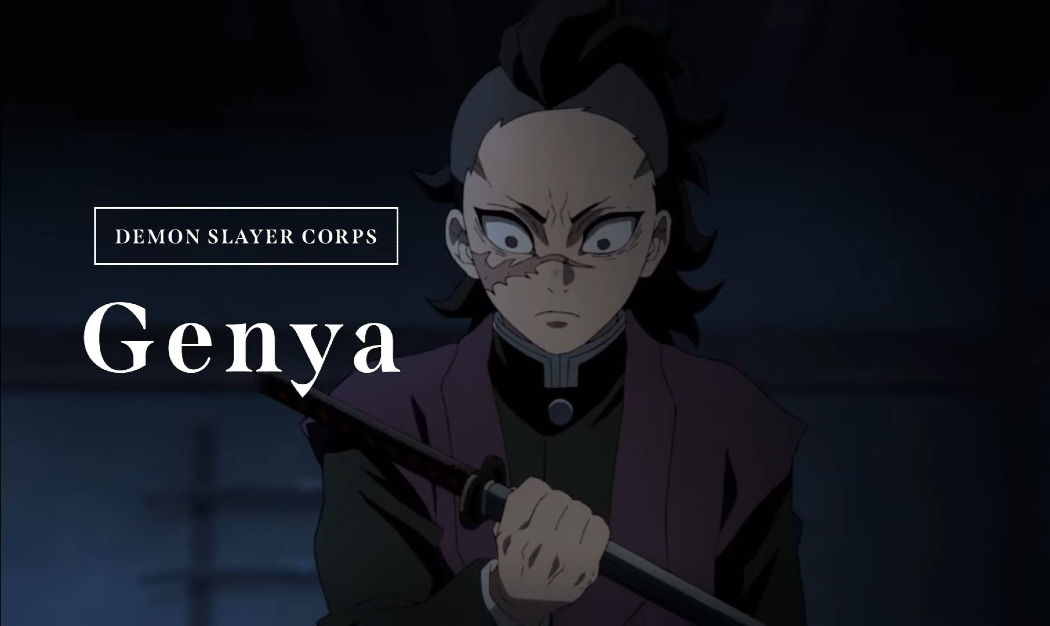 Genya looking down at his sword in Demon Slayer: Kimetsu no Yaiba – Sword Village Arc (2023) Aniplex via Youtube

The conclusion of the Season 3 preview depicts Tanjiro rushing towards the upper moon demon Hantengu about to unleash the Hinokami Kagura Sun Halo Dragon Head Dance while equipped with the blade of the swordsman which almost managed to cut off Muzan’s head. 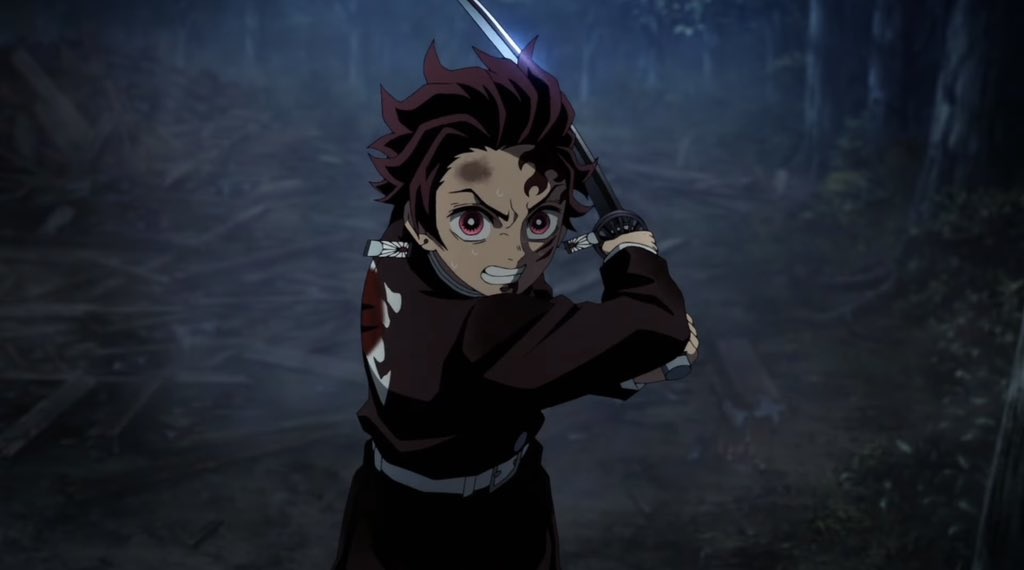 Following this star-studded event, the full theatrical release for Demon Slayer: Kimetsu no Yaiba -To the Swordsmith Village- World Tour will hit the rest of the US and Canada on March 3rd.

Tickets for Demon Slayer: Kimetsu no Yaiba -To the Swordsmith Village- World Tour are slated to go on sale on Ticketmaster on January 7th. 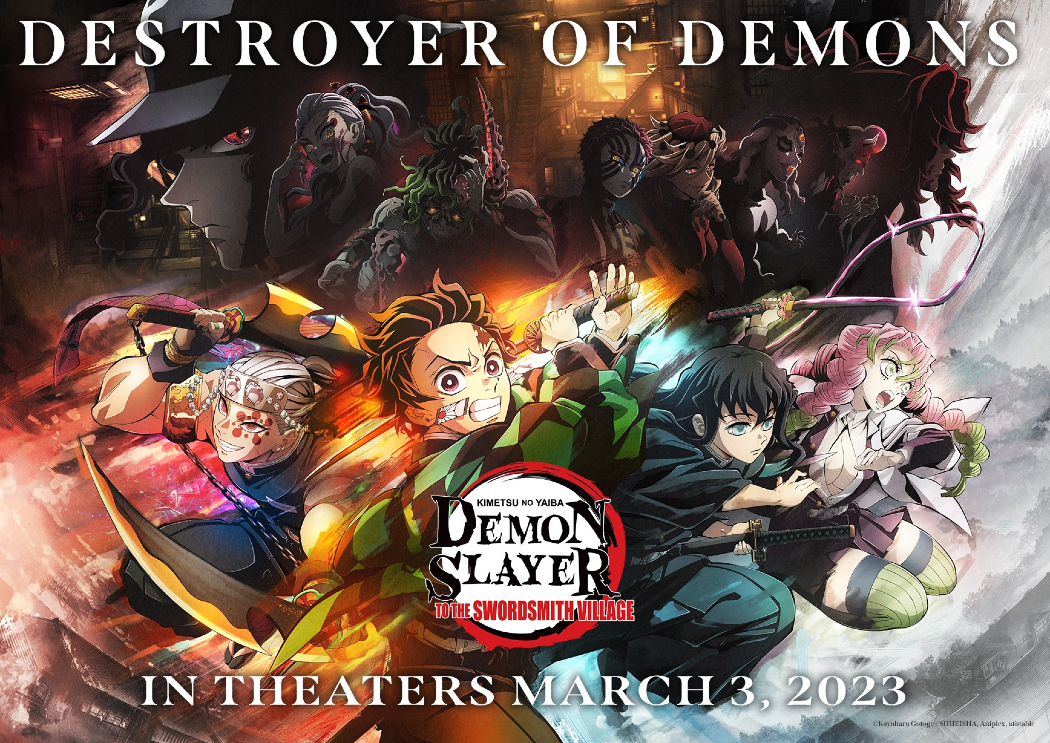 Demon Slayer: Kimetsu no Yaiba -To the Swordsmith Village KV (2023), Aniplex via Twitter

NEXT: Crunchyroll Announces New Licenses For 2023 Including ‘Bofuri’ Season 2 And ‘The Legend of Heroes: Trails of Cold Steel – Northern War’