Rather than running off to scour holiday goods at fifty-percent off or returning unwanted gifts, Bleach fans spent the day after Christmas enjoying a belated gift in the form of Thousand-Year Blood War‘s hour long cour finale. 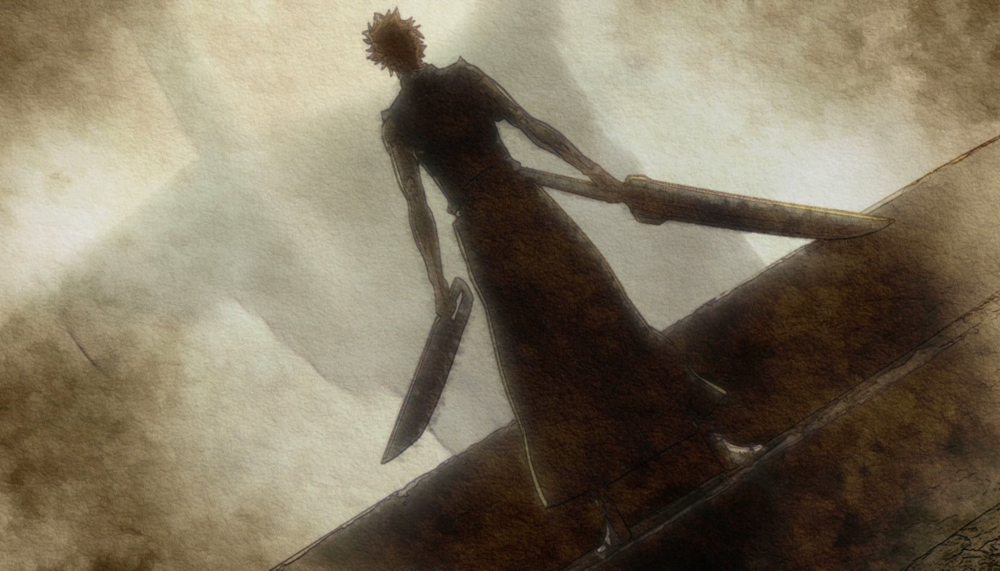 Ichigo Kurosaki wielding his true Zanpakuto Zangetsu in Bleach: Thousand-Year Blood War Episode 13 “The Blade is Me” (2022), Pierrot via Hulu

Following the emotional rollercoaster that was the combined airing of the series’ 12th and 13th episodes, fans were further treated to the first official trailer for the second part of the ultimate war between the Shinigami and Quincy, aptly named Thousand-Year Blood War Part 2: Separation. 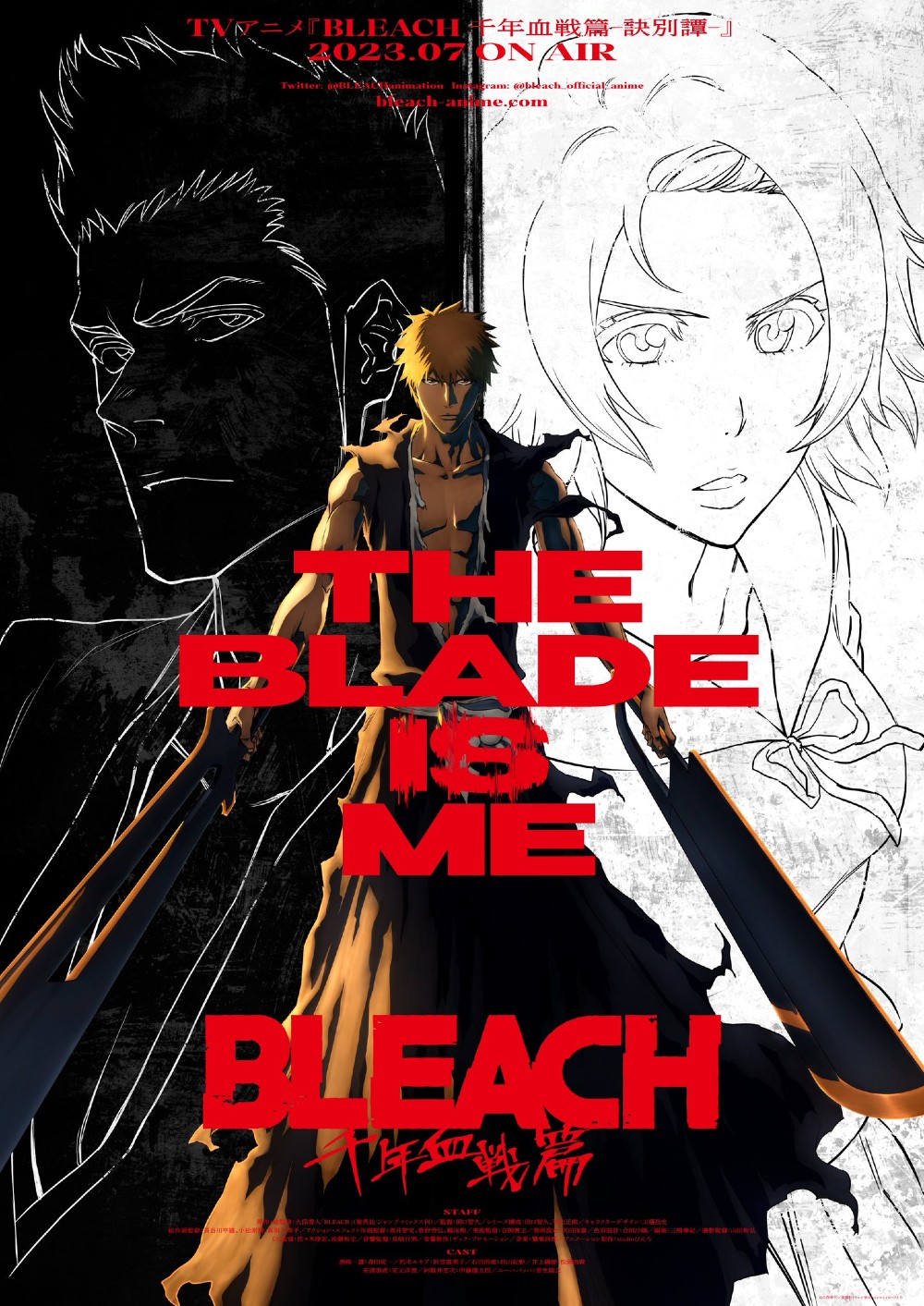 The trailer kicks off with a still image of the Sternritter crest, behind which the Quincy King Yhwach (CV: Takayuki Sugo – Iwao Hazuki in Shenmue the Animation) can be heard both declaring Uryuu Ishida (CV: Noriaki Sugiyama – Shirou Emiya in Fate/Stay Night) as his heir and teasing the upcoming clash between Bazz-B and Jugram Haschwalth.

The trailer then transitions to find the final form of Ichicago’s Zangetsu floating in a sea of red, at which point Mayuri Kurotsuchi (CV: Ryūsei Nakao – Frieza in the Dragon Ball series) proclaims that he has discovered a method to for the Shinigami recover their bankai from the Quincy.

Not only that, but as the camera zooms in on dual blades, Renji Abarai (CV: Kentarou Itou – Yoshitake Shiraishi in Golden Kamuy) and Rukia Kuchiki (CV: Fumiko Orikasa – Chun-Li in the Street Fighter series) reveal the true names of their own respective bankais. 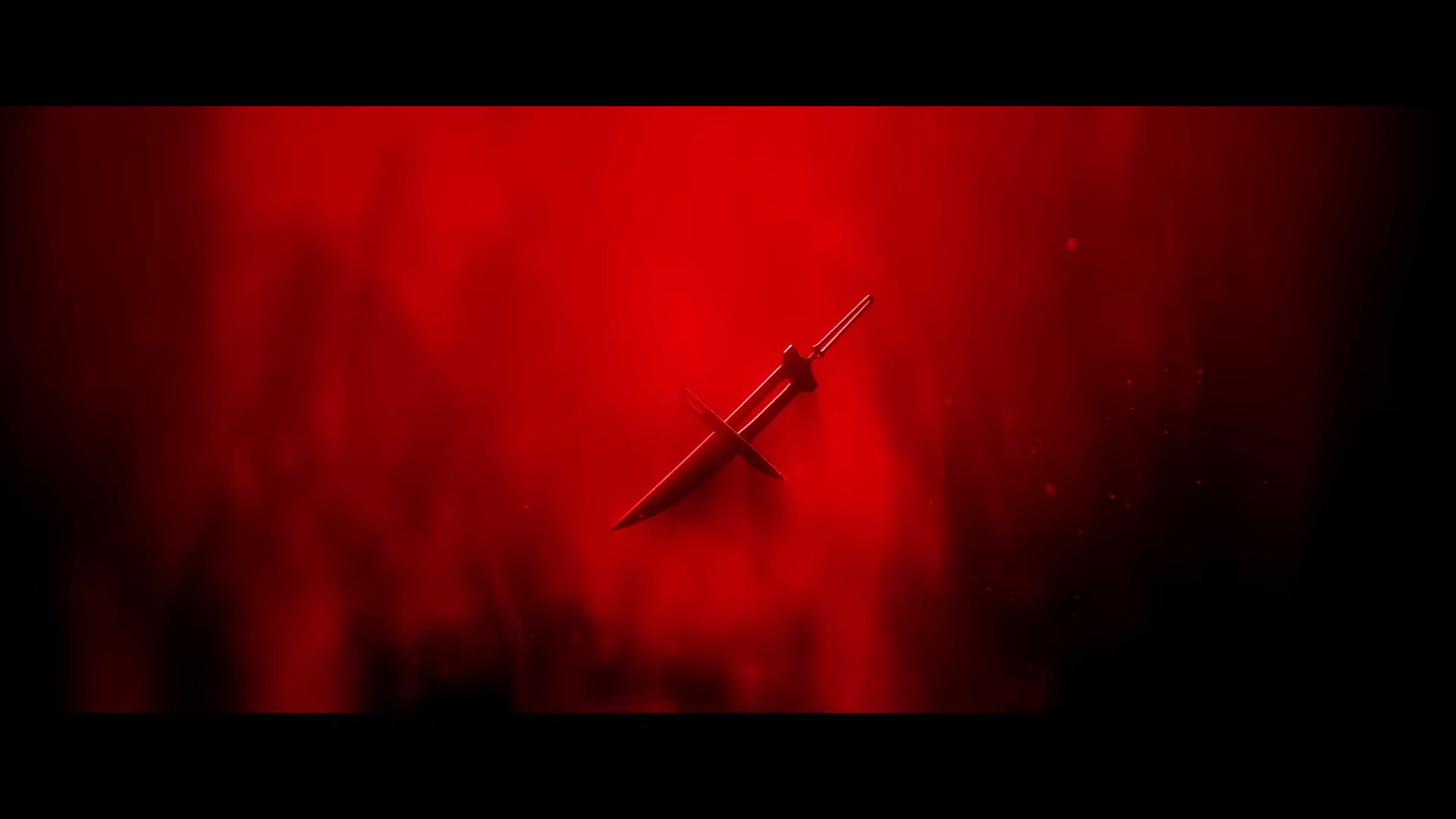 Ichigo’s Zangetsu takes on its final form as it floats through a sea of red in Bleach: Thousand-Year Blood War – The Separation PV (2023), Pierrot via Youtube

As a Quincy star cross begins to float across the screen, a frantic Ichigo (CV: Masakazu Morita – Whis in the Dragon Ball series) cries out to Uryuu, begging him to return to their side after he decides to truly part ways with his allies. 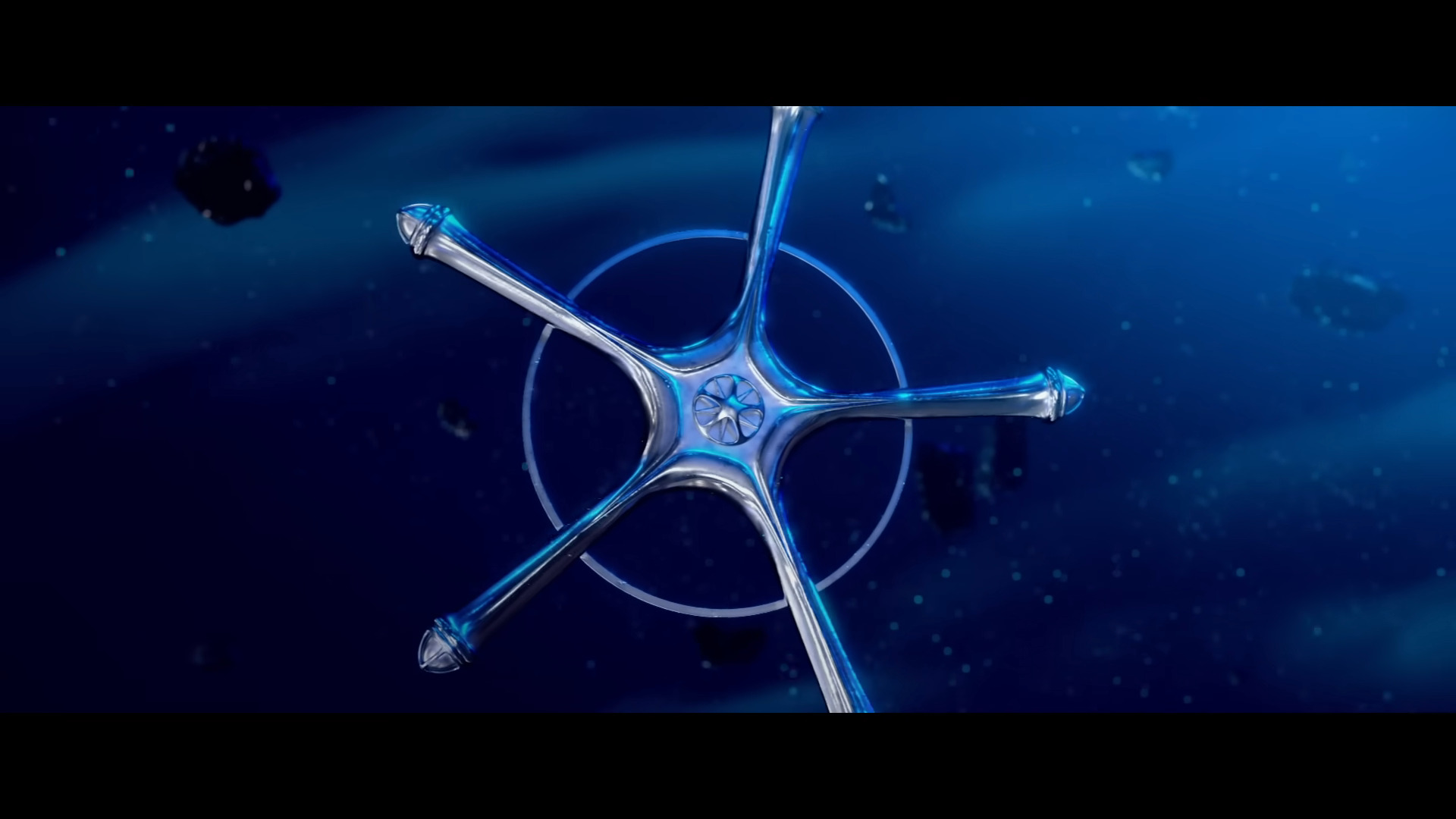 A Quincy star dances across the screen in Bleach: Thousand-Year Blood War – The Separation PV (2023), Pierrot via Youtube

After the dialogue, 12th division Captain of the Gotei 13 and 2nd President of the Shinigami Research branch Mayuri Kurotsuchi (CV: Ryusei Nakao – Frieza, Dragon Ball series) makes an extravagant grand entrance alongside his Lieutenant Nemu (CV: Rie Kugimiya – Rise Kujikawa in Persona 4), emerging from his laboratory clad in a glowing coat and ready to prove his Quincy shadow theory.

Next up is Wanderwich Imperial Advisor and Sternritter Jugram Haschwalth (CV: Yuuichirou Umehara – Goblin Slayer in Goblin Slayer), who emerges from the shadows to introduce himself as the newly appointed Captain-Commander of the Gotei 13 Shunsui Kyoraku.

Finding himself on the ropes against Bazz-B, Hitsugaya goes for broke and recovers the ability to use his bankai by temporarily Hollow-ifying himself by ingesting the Shin’eiyaku, a medicine which allows for a Shinigami’s weapon to power-up and become toxic to the Quincy.

In turn, he reveals the darker, red-tinted form seen form of Hyorinmaru seen in the trailer.

Not one to be outdone by the Shinigami, Sternritter “E/The Explode” – otherwise known as Bambietta Basterbine (CV: Ayana Taketatsu – Nino in The Quintessential Quintuplets) – follows Hitsugaya by activating her Quincy exploding Vollständig.

Finally, the trailer concludes with Ishida declaring that, on his pride as a Quincy, he shall eliminate an unknown opponent – most likely Ichigo, based on what has been depicted in the series thus far.

A few days after the trailer’s premiere, series creator Tite Kubo gave an interview alongside Ichicgo voice actor Masazaku Morita to the official Bleach website wherein he confirmed that Part 2: The Separation would feature an exclusive fight that he was unable  to include in the original manga 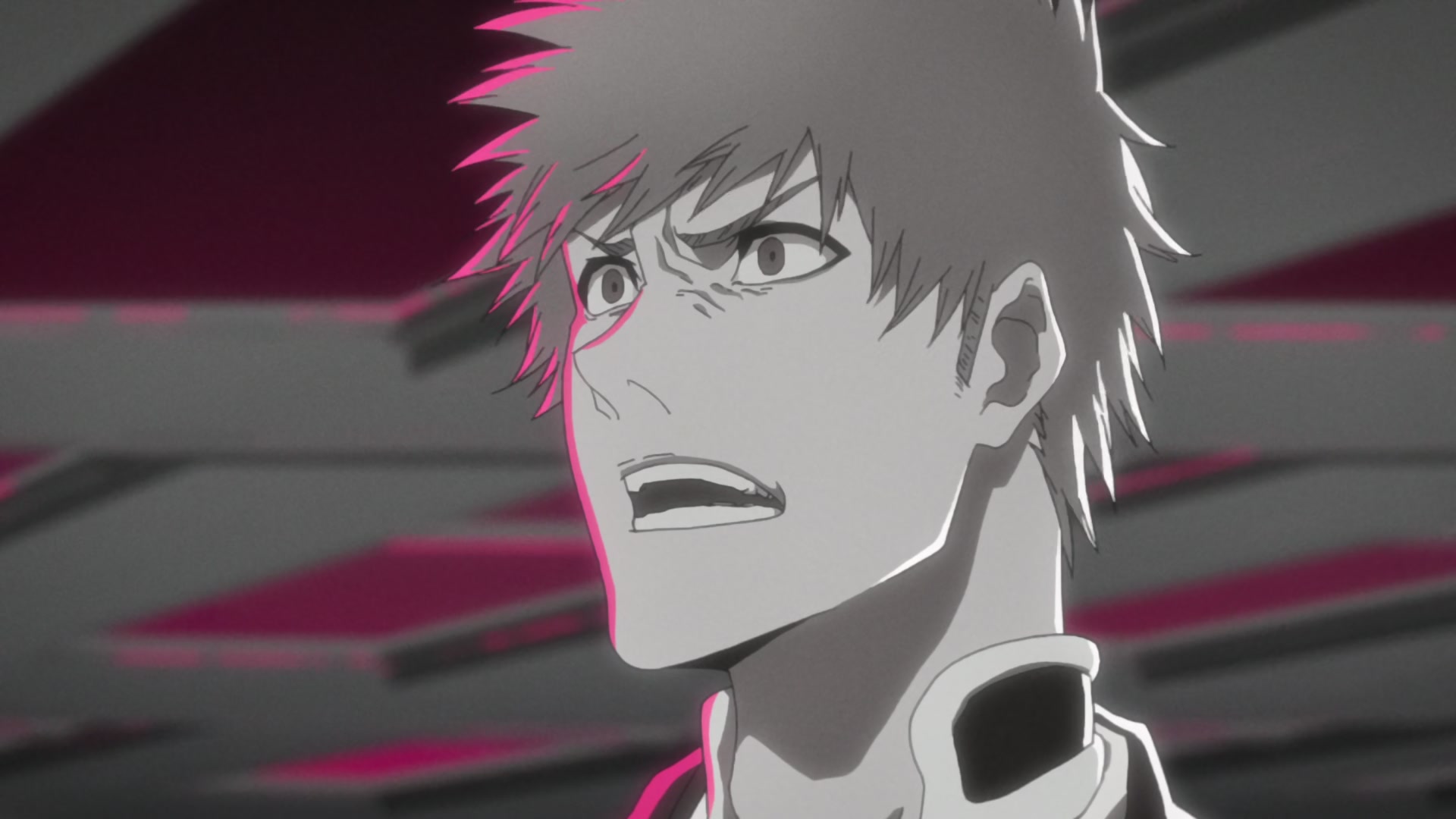 A September 2022 advanced screening of Bleach: Thousand-Year Blood War confirmed that the series’ 52 episodes would be spread out across four ‘cours’, or seasons, with breaks likely coming after each new batch of 12-13 episodes.

Viz Media has confirmed that the simulcasts for Bleach: Thousand-Year Blood War, Part 2: The Separation will begin streaming exclusively in July 2023 on Hulu. 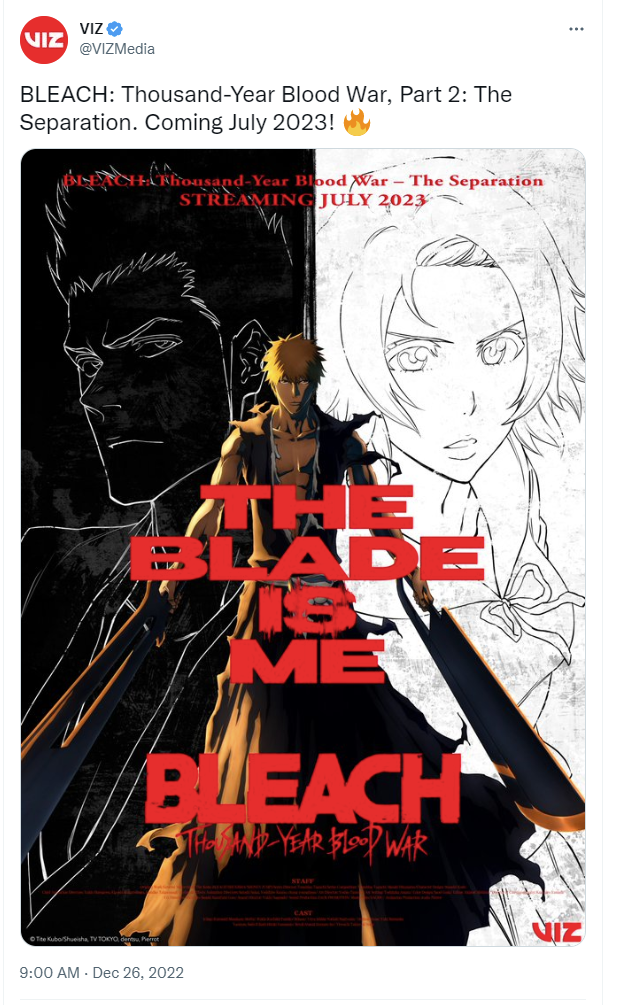