Star Wars actor and notorious far-Left voice Mark Hamill has earned the Left’s ire after indirectly, and possibly inadvertently, supporting Harry Potter author J.K. Rowling, who herself has been a target of Left-wing hatred due to her views on transgenderism. It all started when transgender English newsreader and television personality India Willoughby took a shot at Rowling with a simple tweet reading “I’m more of a woman than JK Rowling ever will be.” 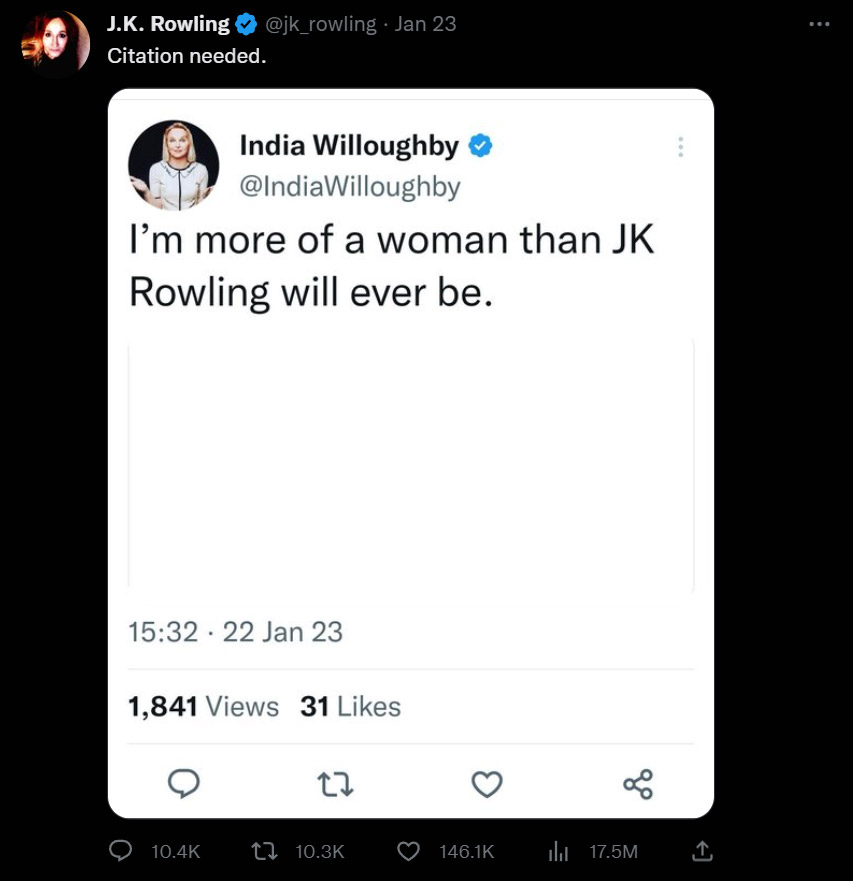 Never one to shy away in the face of such an absurd comment, Rowling channeled her signature wit and replied with her own tweet, reading “Citation needed,” a reference to a claim made without any foundation of evidence. Standing off to the side during the exchange was Mark Hamill, who left a like on Rowling’s reply, which the Left quickly zeroed in on.

It didn’t take long for “Mark Hamill” to trend on Twitter, showcasing a mix of extreme-radical activist attacks against the actor, while everyone else either came begrudgingly to Hamill’s defense, or pointed out the hilarious irony of the situation. Hamill has forever been one of the loudest and most ignorant Leftist voices on Twitter, and now, it seems as if his particular chickens have come home to roost. 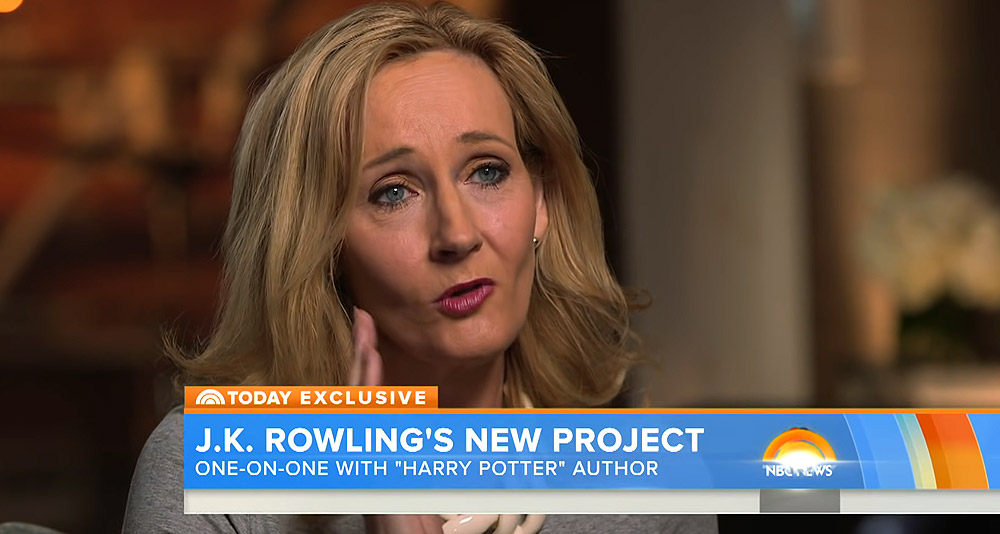 User MasteroftheTDS quickly chimed in to point out the amusing situation, tweeting “Mark Hamill likes a tweet of J.K. Rowling and the internet loses their minds as usual. Claiming he has done this once before so this isn’t an accident and he obviously supports transphobia. These people need to go outside more…” 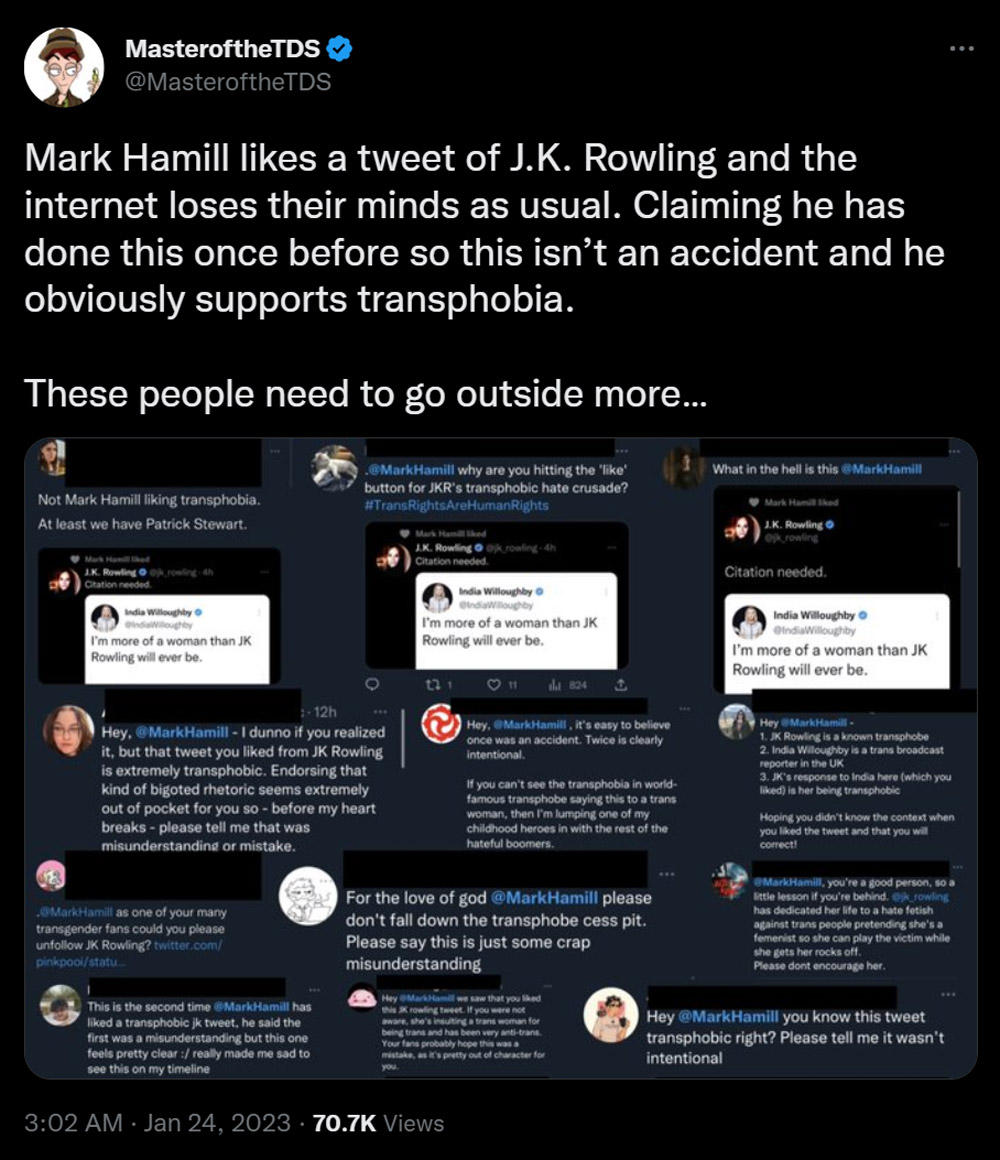 He included a collage of typically childish and dishonest-on-purpose tweets from voices on the Left, who routinely view adherence to scientific facts and reality as “transphobia,” despite not being able to make a cohesive and logical case for their beliefs. The purposeful determination to live in a fantasy world of subjective self-identity continues to take precedence over trying to deal with a mental illness with a 40% suicide rate (pre and post-op) attached to it.

Controversial comic book artist Ethan Van Sciver had a similar comment, tweeted out “Trans person viciously slanders the beautiful, feminine, wise and talented @jk_rowling for no particular reason, JK says “prove it” and Mark Hamill hits LIKE. Now vicious, mentally ill scum are targeting Hamill. I hope he can squirm his way out of this temporary bout of sanity!” 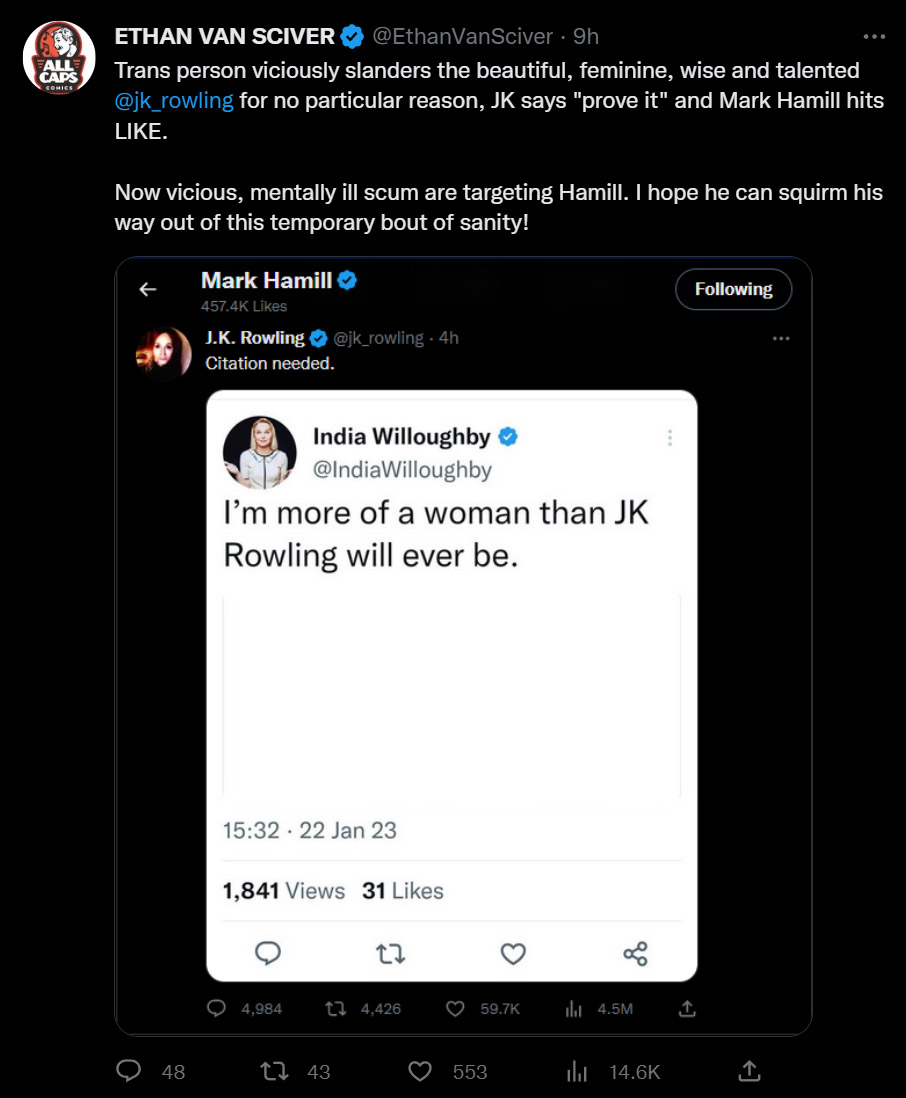 One of the most amusing posts came from satirist Hollaria Briden, Esq., who tweeted out “I regret to inform you that the Like Police have discovered Mark Hamill liked a funny tweet. Please redirect your love to Patrick Stewart until further notice.” The latter bit was a reference to one of the attacking tweets directed at Hamill, which suggested the community still had radically Left Picard actor Patrick Stewart to latch onto for support. 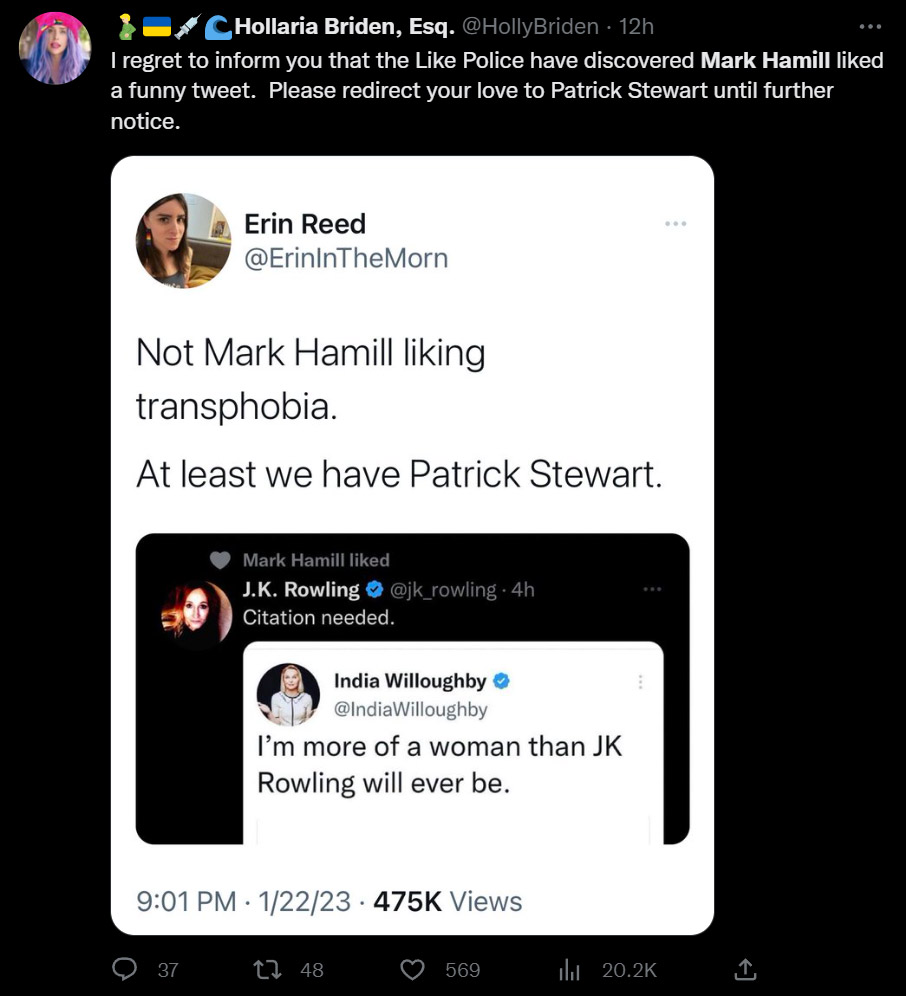 Hollaria Briden, Esq. lampoons the attacks on Mark Hamill on the officialTwitter account.

For Rowling, this type of flack is nothing new, and she has stood her ground firmly and bravely in the face of it. The results have been incredible, with Rowling netting near-universal support outside of the Leftist hive mind echo chamber, while sales of her books have shot up dramatically. As the Left continue to try and separate the artist from the art, Rowling’s voice becomes ever-stronger.

For Mark Hamill, however, the story is different. The actor has forever been considered a darling boy for fawning radical Left voices, especially on Twitter. Hamill has been known for saying some of the most ludicrous, divisive and ignorant things imaginable, but he rarely, if ever has had to face down the anger of his own support base. 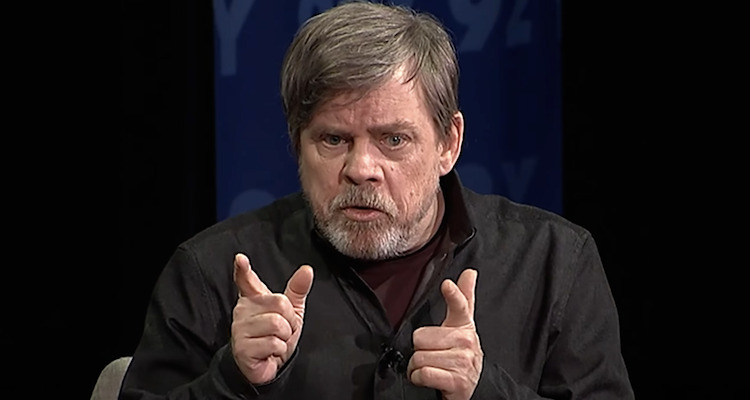 Mark Hamill chats with Frank Oz at 92Y, via YouTube

It’s doubtful that Hamill will recognize that he’s part of one gigantic outrage engine where dissent and individualism are despised and ridiculed. It’s far more likely that he’ll bend the knee in short order, and apologize for the “hurt” and “pain” he caused, simply for liking a tweet reply sent to a gender-confused biological male claiming he is more of a woman than an actual woman.

Regardless, this is exactly the type of cultural fragmentation that we on the Conservative side of the aisle, as well as independent voices and traditional liberals should exploit through the use of shares and retweets. The more people see the insanity of the fascistic Left-wing hive mind, the more unpalatable and loathsome it becomes, which drives support away from it in droves. 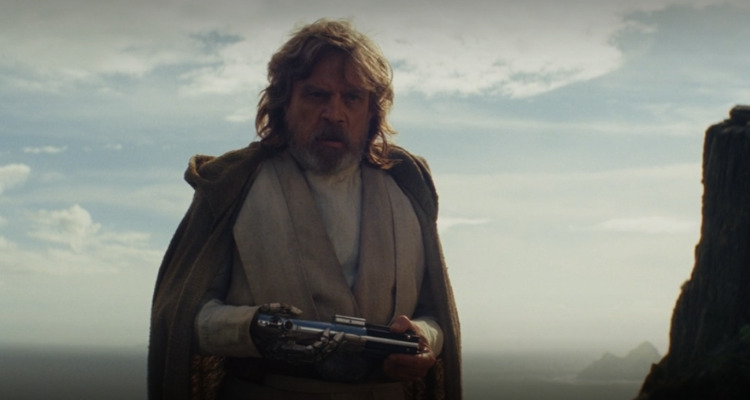 For Mark Hamill, this is just long-deserved punishment via unrighteous indignation, even if it will undoubtedly fall on deaf ears.