Ant-Man and the Wasp Quantamania is Marvel Studios’ launch of Phase 5 after a self-destructive Phase 4 that watered down and tore down much of what the Marvel Cinematic Universe had built over two decades.

The film faces a number of problems from Marvel Studios’ embrace of identity politics to attacking what used to be their core fan base out of spite. However, one of the biggest challenges will be the fact that the film revolves around time travel and Marvel Studios seemingly has absolutely no rules about time travel.

Not only do they not have rules about time travel, but the films and TV series that have featured time travel show contradictory “rules” for time travel.

In Avengers: Endgame, Mark Ruffalo’s Smart Hulk explained how time travel was supposed to work, “If you travel to the past that past becomes your future and your former present becomes the past, which can’t now be changed by your new future.”

More discussion about time travel and separate realities would occur when Banner had a discussion with the Ancient One. The Ancient One explained, “The Infinity Stones create what you experience as the flow of time. Remove one of the stones and that flow splits.”

“Now, this may benefit your reality, but my new one, not so much,” she asserted. “In this new branch reality without our chief weapon against the forces of darkness our world would be overrun. Millions will suffer.”

Banner would counter, “We can erase it because once we’re done with the Stones we can return each one to its own timeline at the moment it was taken. So, chronologically in that reality it never left.”

However, this contradicts everything Smart Hulk previously laid out about time.

Nevertheless, The Ancient One responded, “Yes, but you’re leaving out the most important part. In order to return the stones, you have to survive.” The Ancient One eventually gives up the Time Stone when Banner reveals that Doctor Strange willingly gave up the Stone to Thanos.

However, the Infinity Stones were not all returned to the their own timeline as Loki escaped with the Space Stone. On top of that, the film ended with Captain America aging in what was believed to be the main reality or timeline of the Marvel Cinematic Universe rather than returning as his hale version.

Clearly, these events contradicted the rules laid out in the movies, which as I just noted above already contradicted each other.

Mark Ruffalo as Hulk and Tilda Swinton as the Ancient One in Avengers: Endgame (2019), Marvel Studios

Following Avengers: Endgame, Marvel Studios had a chance to further explain how their alternate timelines or differing realities worked in the Disney+ series Loki.

This series would feature a number of fatal flaws, with maybe the biggest turning the Infinity Stones into a complete joke. The Lord of the Rings creator J.R.R. Tolkien warned storytellers about decisions like this writing, “If there is any satire present in the tale, one thing must not be made fun of, the magic itself. That must in that story be taken seriously, neither laughed at nor explained away.”

Interestingly, they would not only make fun of the Infinity Stones, but also attempt to explain away The Avengers’ tampering with time in Avengers: Endgame.

Loki would not only showcase the Infinity Stones as paper weights in the Time Variance Authority, the show offered a different explanation of time travel or alternate realities.

The opening episode of the series explained, “Long ago, there was a vast multiversal war. Countless unique timelines battled each other for supremacy, nearly resulting in the total destruction of – well everything.”

“But then, the all-knowing Time-Keepers emerged, bringing peace by reorganizing the multiverse into a single timeline, the Sacred Timeline,” it continued. “Now, the Time-Keepers protect and preserve the proper flow of time for everyone and everything.

It went on, “But sometimes, people like you veer off the path the Time-Keepers created. We call those Variants. Maybe you started an uprising or were just late for work. Whatever it was, stepping off your path created a nexus event, which, left unchecked, could branch off into madness leading to another multiversal war.”

“But don’t worry, to make sure that doesn’t happen, the Time-Keepers created the TVA and all its incredible workers. The TVA has stepped in to fix your mistake and set time back on its predetermined path,” it asserted.

Later in the episode, while Loki is being questioned by Judge Ravonna Renslayer, Renslayer informs Loki that The Avengers’ time travel shenanigans in Avengers: Endgame “was supposed to happen.” However, she notes that Loki’s “escaping was not.” 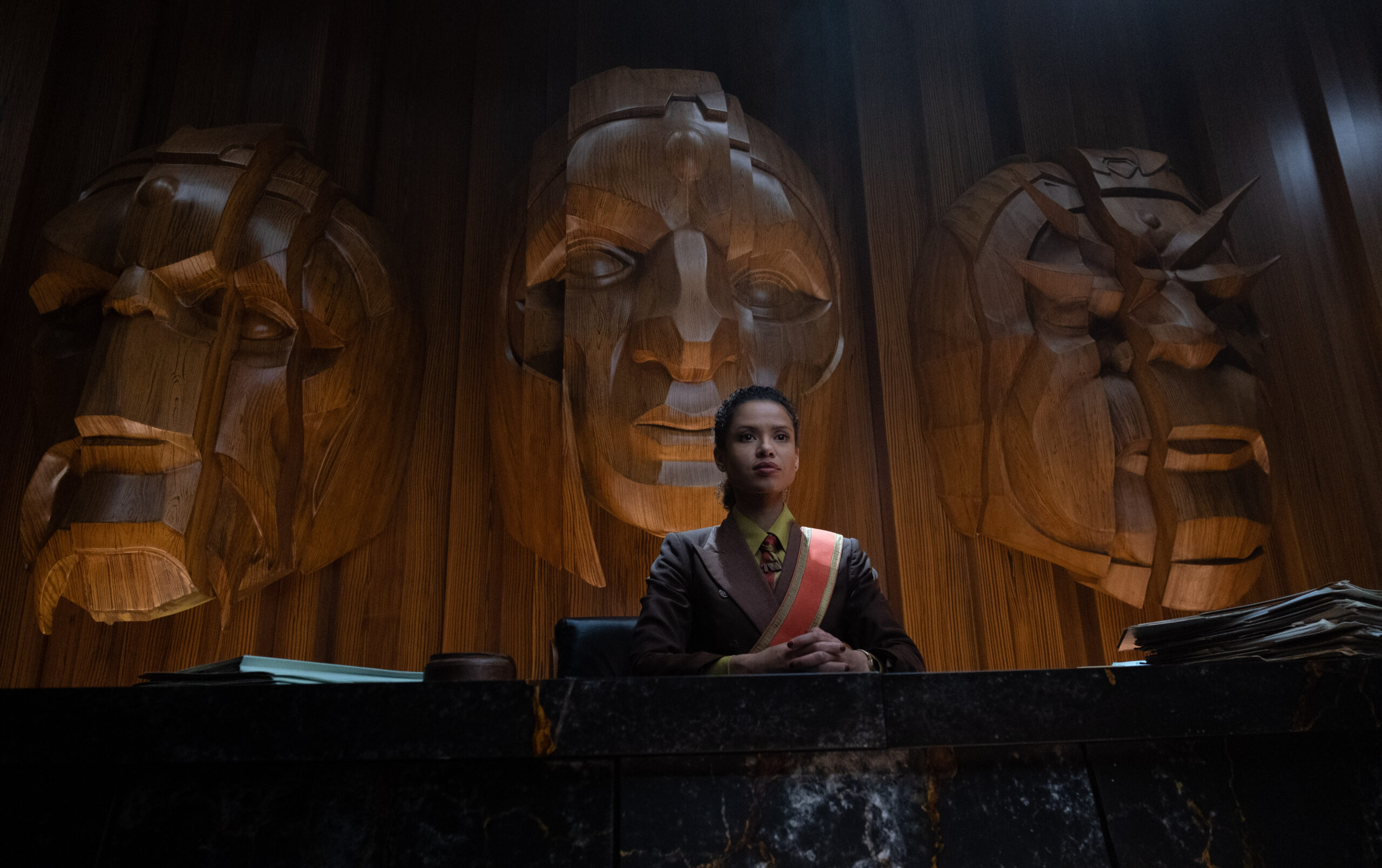 However, this explanation would be revealed to be a façade created by He Who Remains. He Who Remains would provide another explanation in the series finale of Loki about how the alternate realities and timelines worked.

He explained, “Eons ago, before the TVA, a variant of myself lived on Earth in the 31st century. He was a scientist and he discovered that there were universes stacked on top of his own. At the same time, other versions of us were learning the same thing. Naturally, they made contact. And for a while, there was peace. Narcissistic, self-congratulatory peace.”

“They shared technology and knowledge,” He Who Remains continued. “Using the best of their universes to improve the others. However, not every version of me was so…so pure of heart. To some of us, new worlds meant only one thing, new lands to conquered. The peace between realities erupted into all-out war, each variant fighting to preserve their universe and annihilate the others. This was almost the end, ladies and gentleman, of everything and everyone.” 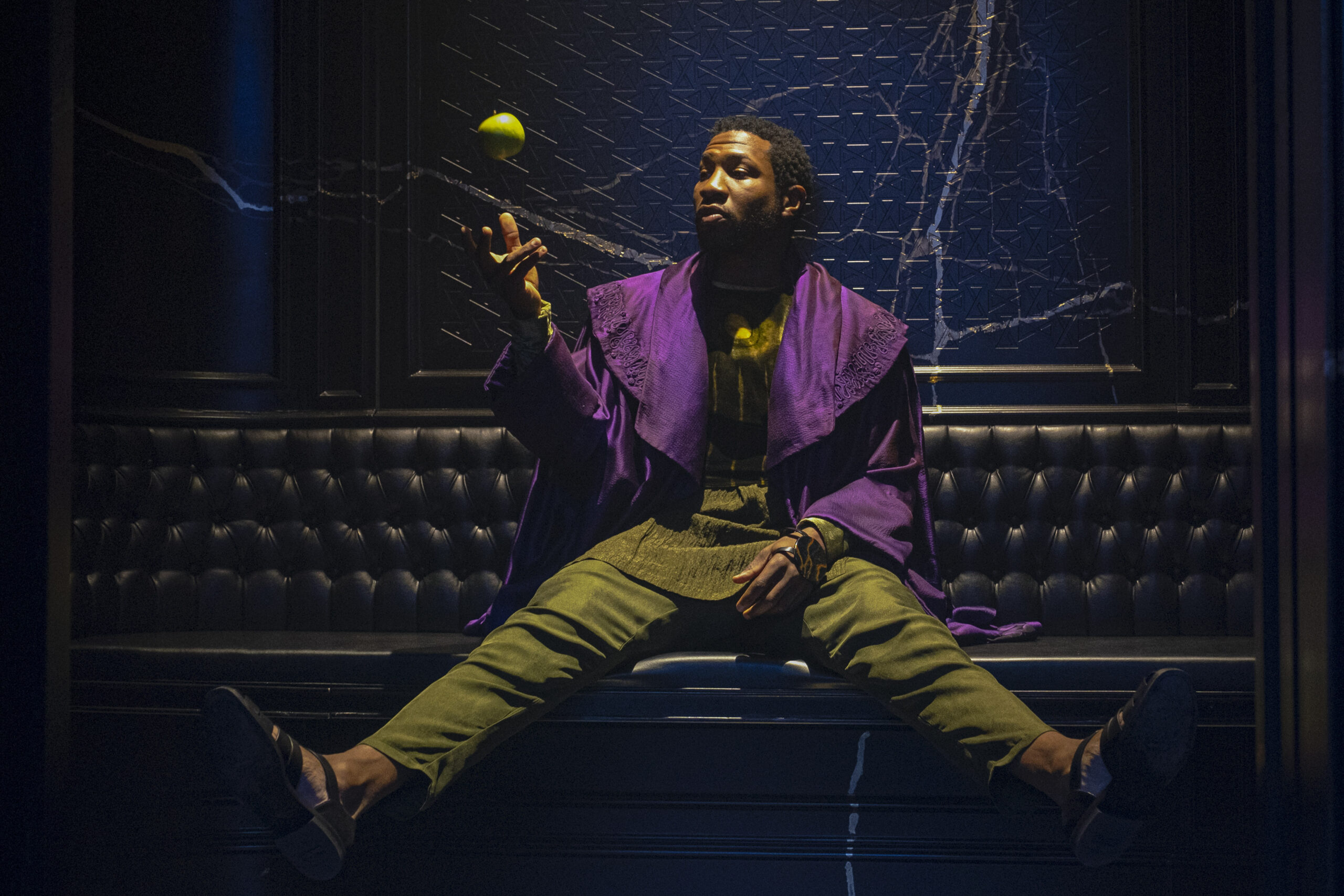 He then relayed, “That first variant encountered a creature created from all the tears in reality, capable of consuming time and space itself. A creature you both know.” Loki responds, “Alioth,” to which He Who Remains continues, “I harnessed the beast’s power and began experimenting on it.”

“I weaponized Alioth and I ended… I ended the Multiversal War. Once I isolated our timeline, all I had to was manage the flow of time and prevent any further branches. Hence, the TVA. Hence, the Time-Keepers and a highly efficient bureaucracy. Hence, ages and ages of cosmic harmony. Hence, you’re welcome,” he detailed. 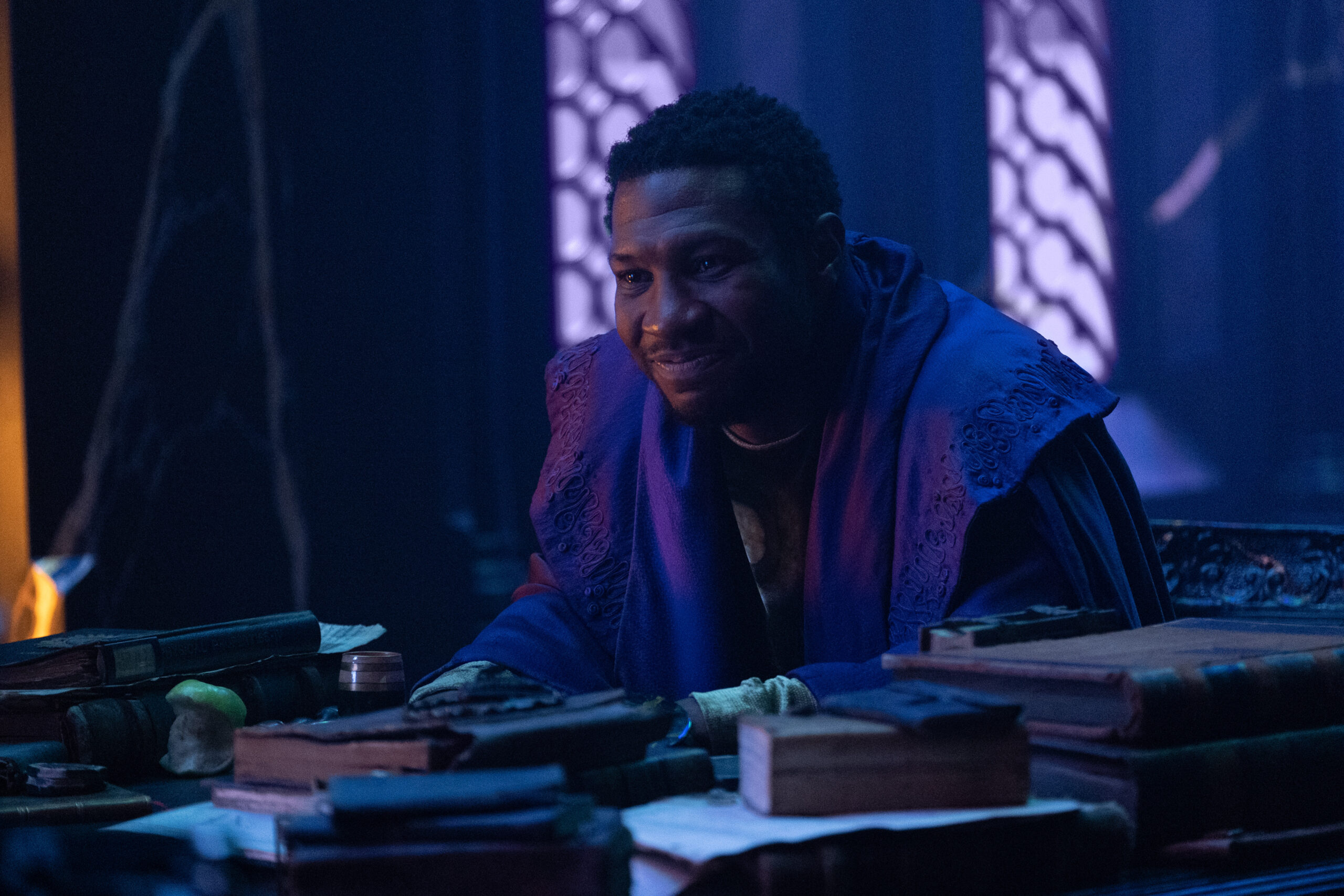 The Sacred Timeline then begins branching as Loki, Sylvie, and He Who Remains continue their conversation. He Who Remains then claims that if Loki and Sylvie do indeed kill him that time will act in a loop despite his previous claim that he doesn’t know what will happen.

He Who Remains says, “An infinite amount of me start another Multiversal War and up right back here anyways. Reincarnation, baby.” Again, this contradicts what Smart Hulk previously laid out about time travel, the timeline, and alternate realities. 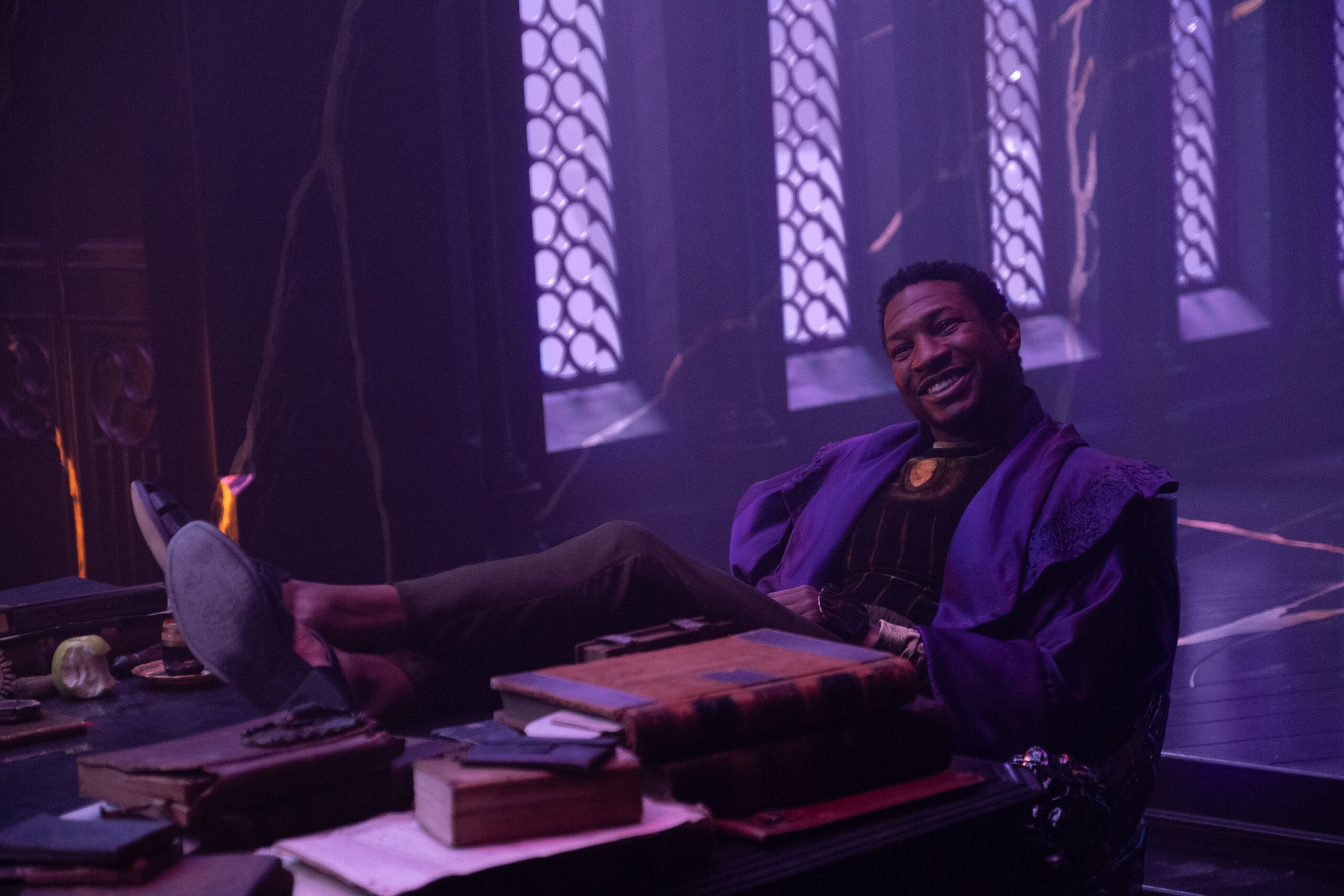 These so-called rules are even further complicated when Sylvie sends Loki back to the TVA’s base, a location that had previously been described as standing outside of time where objects like the Infinity Stones and even Loki’s magic did not work.

However, this TVA is no longer the TVA that Loki had previously been accustomed to. Instead it appears to be run by a variant of He Who Remains or possibly even He Who Remains himself as a statue of him is shown right before the show ends.

RELATED: Director Peyton Reed Reveals Kang The Conqueror Will Get A Massive Power-Up In ‘Ant-Man and the Wasp Quantamania’ Compared To His Comic Iteration

Explaining how all of this works seems nearly impossible because it’s all so contradictory already, and it seems Marvel Studios is only going to complicate it further with Ant-Man and the Wasp Quantamania. 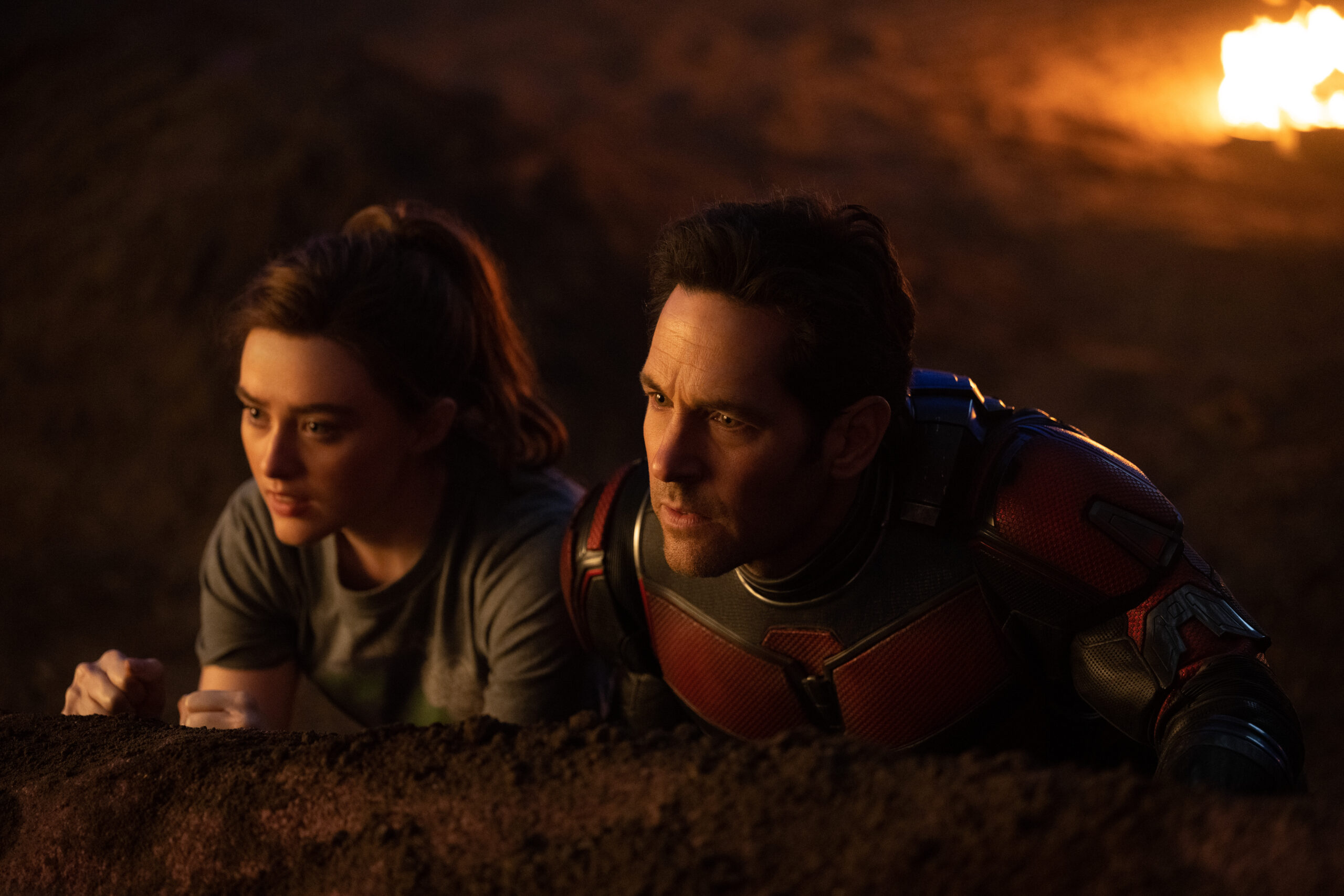 This problem is thus summed up by the fact that all these questions lead moviegoers exiting the state of mind of “willing suspension of disbelief.” Tolkien explains the dilemma Marvel Studios has put itself in, “The storymaker proves a successful ‘sub-creator’ [when] he makes a Secondary World which your mind can enter. Inside it, what he relates is ‘true’: it accords with the laws of that world. You therefore believe it, while you are, as it were, inside.”

Tolkien continues, “The moment disbelief arises, the spell is broken; the magic, or rather art, has failed. You are then out in the Primary World again, looking at the little abortive Secondary World from outside. If you are obliged, by kindliness or circumstance, to stay, then disbelief must be suspended (or stifled), otherwise listening and looking would become intolerable. But this suspension of disbelief is a substitute for the genuine thing, a subterfuge we use when condescending to games or make-believe, or when trying (more or less willingly) to find what virtue we can in the work of an art that has for us failed.”

Ant-Man and the Wasp Quantamania is unlikely to prove Marvel Studios a successful ‘sub-creator’ given it has broken its own laws for the world it set up. And as noted above, it’s also mocked its own magic by turning the Infinity Stones into paper weights.

And as Tolkien notes when you lose this willing suspension of disbelief the art as a whole becomes intolerable, and it definitely seems to be a truth Tolkien touched on as Phase 4 has turned numerous moviegoers off, seeing the Marvel Cinematic Universe as intolerable now.

NEXT: ‘She-Hulk’ Head Writer Jessica Gao Claims Series Declines To Address The Blip Because “People Have Already Moved On” From It, ‘Ant-Man 3’ Plot Says Otherwise