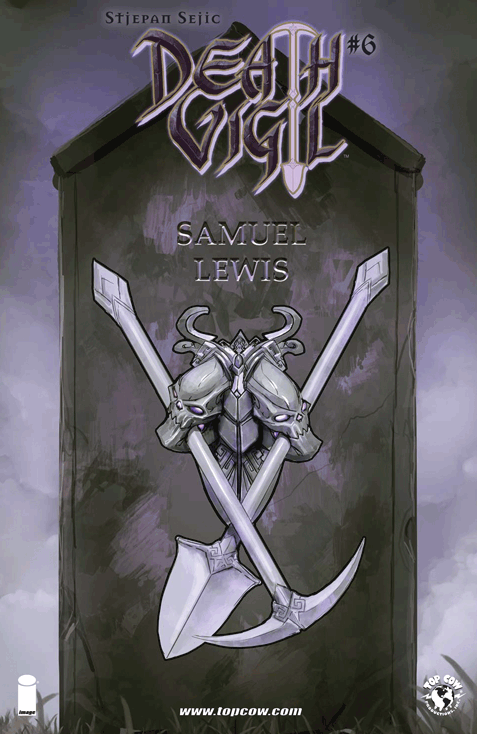 The machinations of Maria and the Necromancers take center stage as their plan to overwhelm Bernadette and the Vigil unfolds. Is it good?

Stjepan Sejic sets a foreboding tone with Death Vigil #6. The cover is bleak, portraying the gravestone of Samuel Lewis with his pickaxe and shovel replacing a traditional epitaph. He creates a sense of danger and struggle for the Vigil. They are on the defensive. The Necromancers and the monstrosity known as the Orach are wreaking havoc upon the city and its civilians. Fortunately the contest between the Vigil and the Necromancers leaves plenty of room for Sejic’s unique humor, whether it is an abrupt end to a “centuries in the waiting boast” or Bernie’s fretting over the Vigil members. Sejic really nails Bernie’s facial expressions as she berates Sam, going from concern to anger to fear all in half a page.

Affiliate link: Click here to get your copy of Death Vigil #6 today!