Warner Brothers had planned on releasing their brand new “Batman v Superman: Dawn of Justice” trailer on Monday, but a leaked version forced their hand into releasing this evening.

The trailer uses very dark lighting to set an even grimmer mood. There are a lot of similarities between the trailer and Frank Miller’s Dark Knight Returns. Snyder had hinted at the film using Miller’s famous graphic novel to “influence the history of Batman Vs. Superman.” 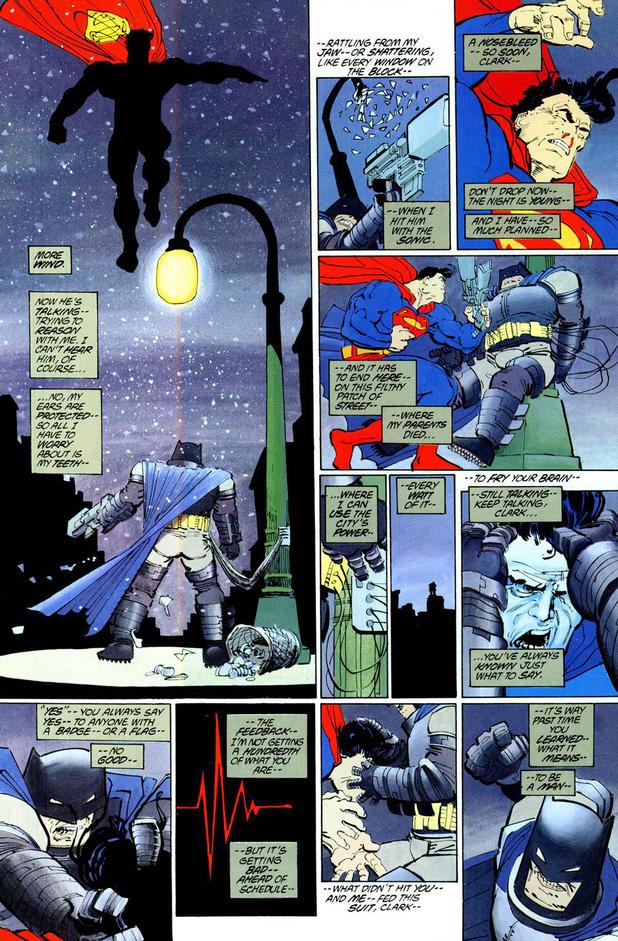 The similarities are quite numerous from the talking head voice-overs which were a mainstay in Miller’s novel to the depiction of Batman’s armored suit to the image of Superman hovering in the air above Batman. It is highly reminiscent of one of Miller’s panels.

There are quite a few stark differences the most obvious being the apparent god-like worship of Superman as a constant supreme figure to the denizens inhabiting the world of “Batman v Superman: Dawn of Justice”. This is in direct contrast to Superman’s depiction as a lackey for the United States government in Miller’s version.

One thing is clear Batman and Superman are going to go after each other, but one has to wonder where is Wonder Woman and Aquaman going to fit in?

Does the trailer get intrigue you or do you think it is too soon to be rebooting Batman after Christian Bale’s performance? Let us know in the comments below!