Last month DC and Bruce Timm announced they will be creating an animated film adaptation of Alan Moore and Brian Bolland’s [easyazon_link identifier=”1401216676″ locale=”US” tag=”bounintocomi-20″]Batman: The Killing Joke[/easyazon_link] to be released in 2016.

This announcement has already generated quite a bit of buzz among fans as they hoped Mark Hamill and Kevin Conroy would reprise their roles of portraying The Joker and Batman respectively. Fans got one of their wishes as Collider reported Hamill was confirmed for the role and had actually already “recorded his voice acting for the film.” Conroy hasn’t been confirmed but he commented on the possibility in an interview with ComicBook.com, “Oh, God! Are you kidding me? I’d do it in a heartbeat. I love working with him. I couldn’t believe when they killed off The Joker. I would love to do it, and I hope that that happens.”

Unfortunately, not everyone is excited or even happy about the announcement of an animated adaptation of Batman: The Killing Joke. It probably was to be expected given the furor regarding a variant cover of Batgirl #41 that paid tribute to Alan Moore’s one-shot.

Donna Dickens at HitFix believes, “It’s time to let The Killing Joke die.” Her reasoning? The story focused on “the exploitative victimization of a major female superhero” and it isn’t fit for a modern audience.

Sam at The Maniacal Geek wrote an open letter to Bruce Timm asking that Barbara be completely removed from the story. Sam stated she “would prefer she (Barbara Gordon) not be featured rather than sit through a movie that’s just going to be uncomfortable on all accounts.”

Let’s address Dickens main critique regarding the brutal victimization of Barbara Gordon. She is right, it happens, there is no denying it. The Joker brutally victimizes her. He puts a bullet through her stomach, paralyzing her, and then takes nude pictures of her. However, The Joker does just as terrible acts to her father, Jim Gordon. He has minions undress him, torture him, and drag him around with a choker collar. This is all done before The Joker exposes the photos of Barbara to Jim and then locks him naked in a cage in the middle of a rainstorm. 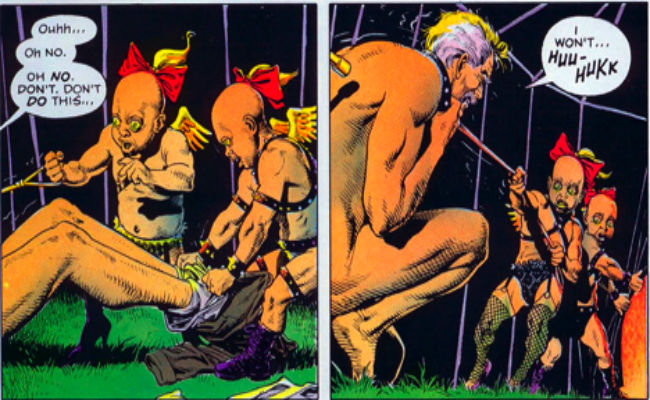 Why isn’t Dickens complaining about the base violence and humiliation done to Jim Gordon? Some argue that Jim has some agency, or capability to act, and he can respond to The Joker’s attacks while Barbara had none. This is false. Jim and Barbara Gordon are both victims without agency. Barbara is stuck in a hospital bed, while Jim is naked and caged in the middle of a downpour. They rely on Batman to act and be their agency.

This brings us to Sam’s point about feeling uncomfortable due to violence. Should we feel uncomfortable when we see violence? It depends on the type of violence. Watching giant robots in movies like Transformers or Pacific Rim doesn’t really create an uncomfortable feeling. However, television shows such as Criminal Minds definitely evoke uncomfortable feelings. Shows like this do the same thing that [easyazon_link identifier=”1401216676″ locale=”US” tag=”bounintocomi-20″]The Killing Joke[/easyazon_link] does. They depict heinous violence whether it is kidnapping, torturing, dressing women up as dolls, or murdering young men to be used as fertilizer. They show the wrongness of these acts and the immoral attitude of the criminals. They show us right from wrong. In the case of the Batman: The Killing Joke, the acts of The Joker are obviously wrong.

Reddit user lokuas also gives a unique perspective on the role of art and media. “Media isn’t supposed to make us all warm and fuzzy inside. The best art always makes us question ourselves, it makes us uncomfortable, it makes us think. If we only made things that were devoid of questionable content, there would be no media worth partaking in.” 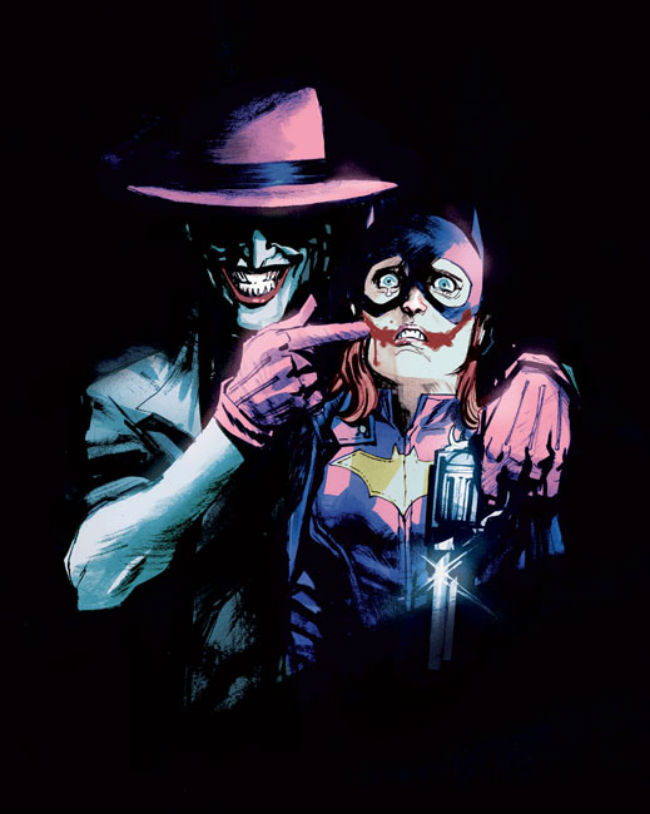 Another criticism Sam and Dickens level at an animated adaptation is, in their minds, it does not appeal to a specific targeted audience, primarily women. Let’s take their assumption at face value. Why does [easyazon_link identifier=”1401216676″ locale=”US” tag=”bounintocomi-20″]Batman: The Killing Joke[/easyazon_link] have to be targeted towards a female audience? It doesn’t. But let’s look at some of the audiences it does appeal to. Newsarama rated it the #1 Best Batman and Joker Story of All Time. Den of Geek has it on their list of 10 Essential Joker Stories. What Culture has it as #1 on their 10 Best Batman & Joker Stories Ever Written. IGN has it ranked 3rd on their 24 Greatest Batman Graphic Novels list.

Lastly, Sam makes a final push attempting to avoid the “don’t watch it, if you don’t like it” criticism. She believes this is irrelevant because DC validates the story and its violence towards Barbara. Unfortunately, this argument doesn’t hold water. If all new superhero stories which involve any type of violence be it against a man, woman, or child were eliminated, we wouldn’t have many superhero stories to read anymore. These stories are based on exceptional individuals protecting other people from evil and violence! If you don’t want to read, watch, or take in violence you are in for a rude awakening because the world is full of it. I might suggest Harry Potter or The Hunger Games. Oh wait, hundreds of people are killed in those novels. I mean even The Care Bears has violence in it!

I look forward to seeing Bruce Timm’s Batman: The Killing Joke animated adaptation and who knows maybe we will even get to see Oracle make an appearance at the end!