Brandon Bitros just set up his KickStarter for his newest project, James vs The New World Order. We were lucky enough to be able to get a chance to chat with him about the book which tells the story of a mysterious occult army known as The Trust invading the small town of Charity. The only person standing in their way is James Contrell.

BiC: Thanks for taking the time to talk James vs The New World Order with us. It looks rather exciting with a multitude of conflicts and some pretty awesome Mad Max-esque automobiles. That Firebird is so cool we just have to ask would it be able to beat Max’s Falcon in a quarter-mile?

Brandon: Probably not because Mad Max’s Ford isn’t weighed down by armor like our Firebird. However, our car can withstand massive amounts of fire power, drive-through doughnut shops and shoot predator drones and black helicopters out of the sky. Mad Max can’t do that. 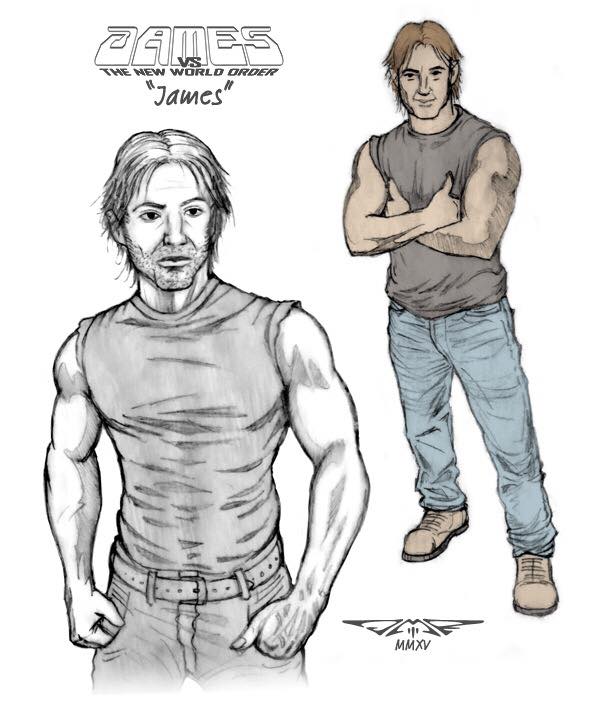 BiC: Laying out a challenge to George Miller there! Aside from the Firebird, what other types of interesting or unique weaponry can we expect to see?

Brandon: I actually did some research into quirky homemade weapons while writing. So some of them are based on real weapons while others I came up with myself.

A few examples of things you will see are blaster knucks, a Swiss army gun, and a ninja bomb (my personal favorite). James also has a strong affection for various types of medieval battle axes.

BiC: Oh man, a Swiss army gun, I can only imagine the possibilities with that and how it can be a weapon that is constantly evolving. Let’s switch gears a little bit and focus on James. What is motivating him to stand up to The Trust? How are readers going to connect with him?

Brandon: His motivations are based mainly on his love for the town, his values about justice, and his sense of inadequacy. At the beginning of the story James feels like a failure in life. A man with no purpose. Fighting The Trust gives him that purpose.

BiC: There are a number of different ways you can build that characterization, do you prefer using dialogue and interaction with other characters or more of the internal monologue?

Brandon: 99% of the exposition and characterization is through dialogue and interaction. There is some traditional internal monologue, but it’s done through meta-storytelling where a character will read out of a journal. 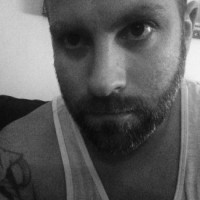 BiC: You will be working with J Matthew Root on this project, how does his artwork complement your writing or vice versa?

Brandon: My favorite thing about Matt Root is that he discovers and invents really amazing visual traits about my characters that I hadn’t known about. He doesn’t just draw them verbatim, he adds nuance, depth, and complexity through facial features, style, and presence. He reinvents them in really remarkable ways.

BiC: We’ve talked a little bit about characterization, as a writer do you tend to value it more than world-building or is it a balancing act?

Brandon: In this particular project I value characterization more. The universe is important to the story, but it’s ambiguous without the characters.

BiC: Despite this, the world you have created appears to reflect a number of hot button issues we are experiencing in our own society. What inspired you to address these issues? Or am I totally off base?

Brandon: There are definitely references to the contemporary political and social climate. Everything from police brutality to globalization to war to gentrification is addressed in one way or another. However, creating a preachy political narrative is not my intention. First and foremost the story is about the struggles and journey of the protagonist with The Trust being his biggest obstacle. So while some of my beliefs are nestled in the story, I’m not trying to beat people over the head with them. Ultimately I think occult secret societies are the apex of creepy, mysterious, and evil and I want to see them get blown up by a rural militia type. I hope that answers your question. 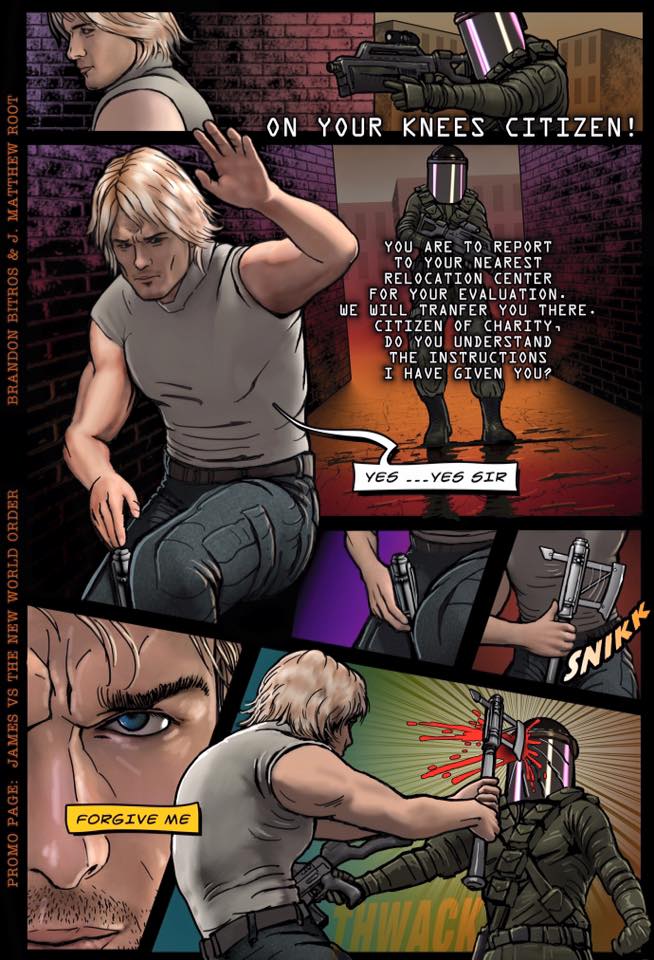 BiC: That it does. You just launched a KickStarter for James vs The New World. Why did you choose KickStarter over other options such as IndieGoGo?

Brandon: Popularity. This is my first crowd sourcing gig and I’m learning as I go.

BiC: I’ve noticed you added a number of incentives on your KickStarter including a chance to be a character in the book. How did you go about choosing the specific incentives?

Brandon: I just thought about what I as a consumer would invest in a project that I felt was interesting.

BiC: This is a question I plan on asking everyone in interviews going forward, but you are the first. What was your moment of clarity when you decided you wanted to write comics?

Brandon: Unfortunately, this clarity came to me well within my 30s. I’ve had story ideas bouncing around my head for decades, but I lacked the discipline and ambition to do anything constructive with them. It was really when my daughter was born that I decided to take my creativity more seriously. I always loved comics and I came across a “How to Write Comics” book by Alan Moore and the rest is history.

BiC: Lastly, if you had one sentence to convince potential backers to support James vs The New World Order what would it be?

Brandon: This is the comic THEY don’t want you to read

BiC: Thanks for taking the time to chat with us. We look forward to seeing James vs The New World Order come to fruition.

Brandon: Thanks for having me. I look forward to sharing it!

Make sure to check out the KickStarter for James vs The New World Order and you can also learn more about the project over on Facebook.