Stan Lee famously said, “Every comic book is someone’s first.” And this may not be my first comic by a long shot, it does mark several firsts for me. It’s my first issue of Unity, and my first Valiant comic as well. Now, I do have a stack of 90’s Ninjaks and a few others that have been handed down to me from a friend, but honestly I’ve yet to crack the spine on them (sorry, Doug!). And nor do I feel the pressing need to, since Valiant’s 2012 comeback/relaunch. Valiant has been receiving a lot of acclaim lately as a viable alternative to the “Big 2″, and so I was fairly excited to check out the company’s big team-up book, especially for what is billed as the first part of a new story arc. How does it fare?

“[easyazon_link identifier=”B015RTQ9FS” locale=”US” tag=”bounintocomi-20″]Revenge of the Armor Hunters Pt. 1[/easyazon_link]” starts with a helpful recap of previous events, which I found indispensable. Luckily for new readers like me, these events are all taking place before the Book of Death story line that’s going on, so no need to worry about that, and we can just dive right into the comic.

I really like the first panel. From the reader’s perspective, we are looking up at a man and woman in hazmat suits. It’s unsettling, and that’s partially due to the scene reminding me of Jesse and Walter at work in the lan from Breaking Bad. Their ‘subject’ is some kind of rock monster with crystals growing from its wounded eyes. He is one of two remaining Armor Hunters, who came to earth to kill X-O Manowar, believing his armor to be a virus, and wipe out the rest of Earth’s population due to contamination. 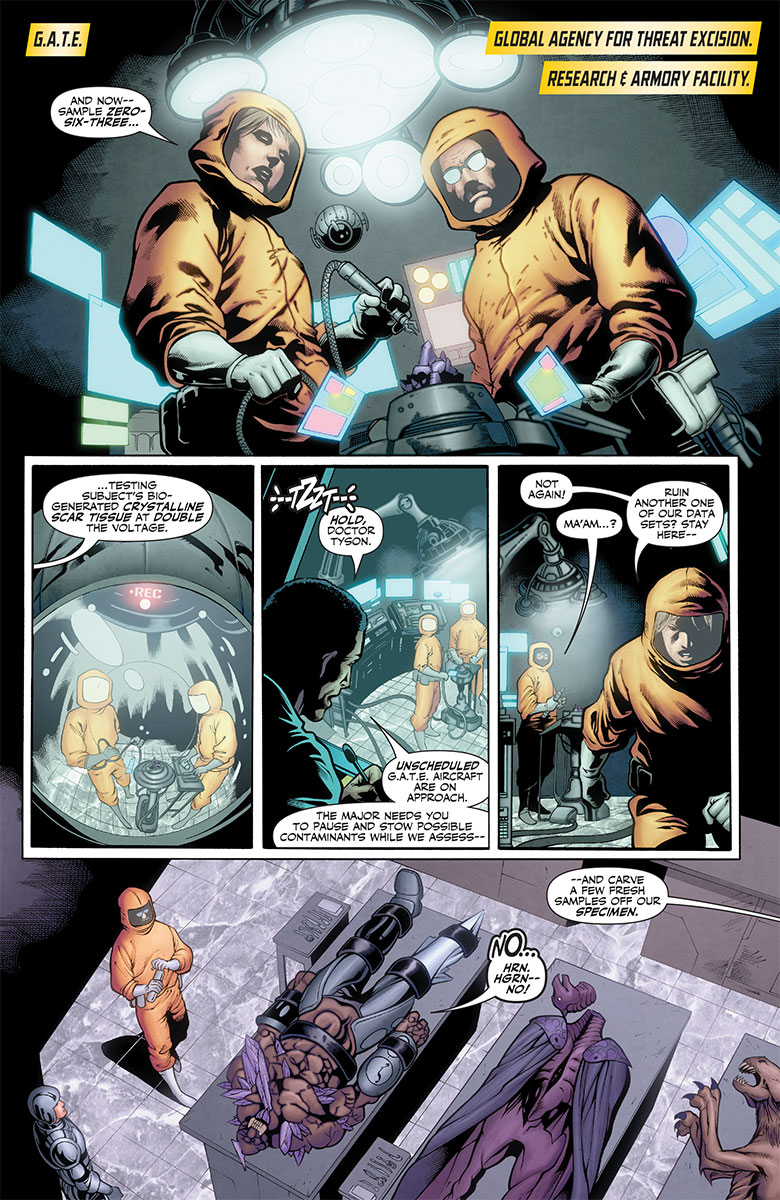 The doctors’ work is cut short however, by three fighter jets flying towards the secret GATE base at kamikaze speeds. We get another unsettling shot, this time of one of the cockpits which is occupied by a dead pilot who appears to have wires running into his abdomen.

Elsewhere, the Unity team are flying inside the giant robot, GIN-GR, only to find that GIN-GR has been mysteriously hijacked, and has changed direction, heading for a crash course with the GATE base. With a double-cross expected, it becomes apparent how little these team members trust each other, which makes for some interesting dialog between the team, and they each split up to find a way to stop their robot friend from becoming their fiery coffin. 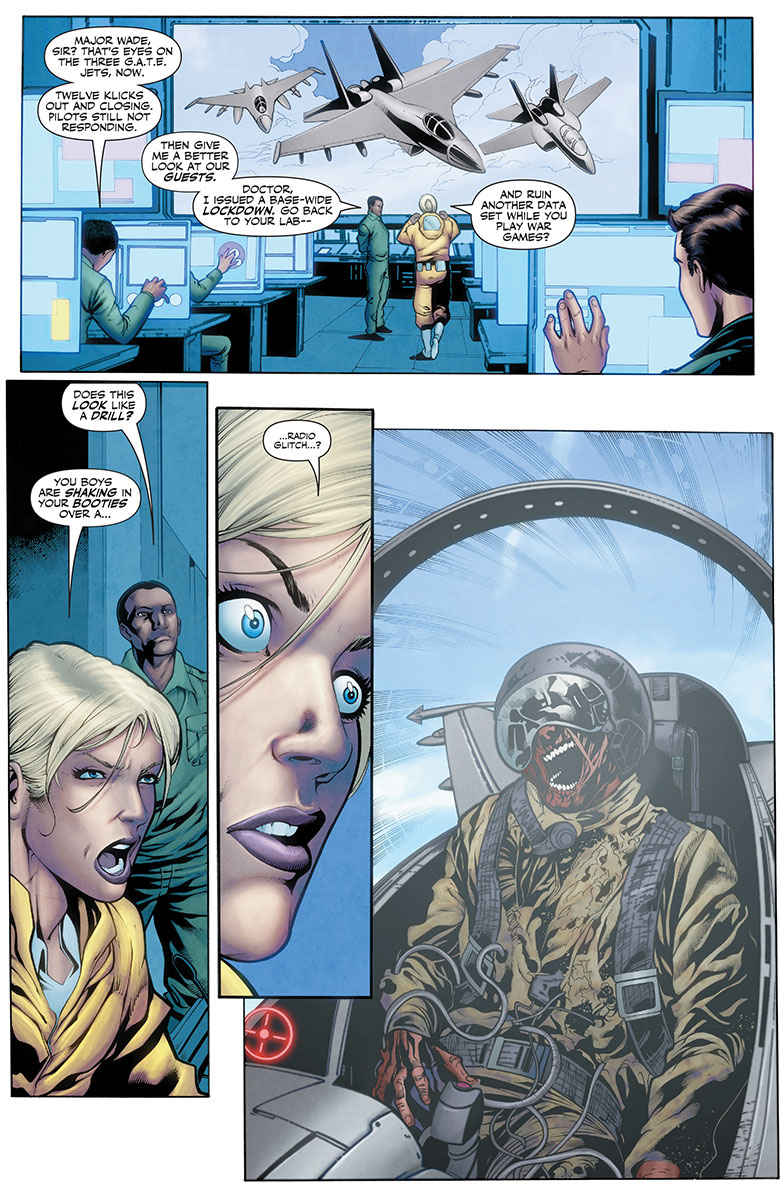 The art work is solid in this book. Diego Bernard doesn’t phone in a single panel and I was not once confused by anything I was seeing. The story by James Asmus was tight and relatively easy to follow. But as a new reader of [easyazon_link identifier=”B015RTQ9FS” locale=”US” tag=”bounintocomi-20″]Unity[/easyazon_link], and Valiant in general, I don’t know these characters. I don’t know their backgrounds or stories, I’m not invested in this Armor Hunter’s story, and this issue gave me no reason to care about or root for any of these characters. This isn’t a book I’d recommend for a newcomer to this universe necessarily. But if you know and like reading these characters, you’ll probably enjoy reading this issue and part 2, next month in issue #24.