Do we have a fun and hilarious as well as insightful interview for you today. We were excited to get to chat with the guys behind Man vs Rock, Victor DeTroy and Kevin Bieber. We talked about everything from the biggest challenges they face when producing an indie comic to who their favorite targets for satire are. Oh and ponies. We talked about ponies! Can’t forget that.

Man vs Rock is an indie comic about the war between rocks and men that has been brewing for centuries. Within this narrative setting, DeTroy and Bieber hilariously slaughter any and all sacrificial cows you can think of. 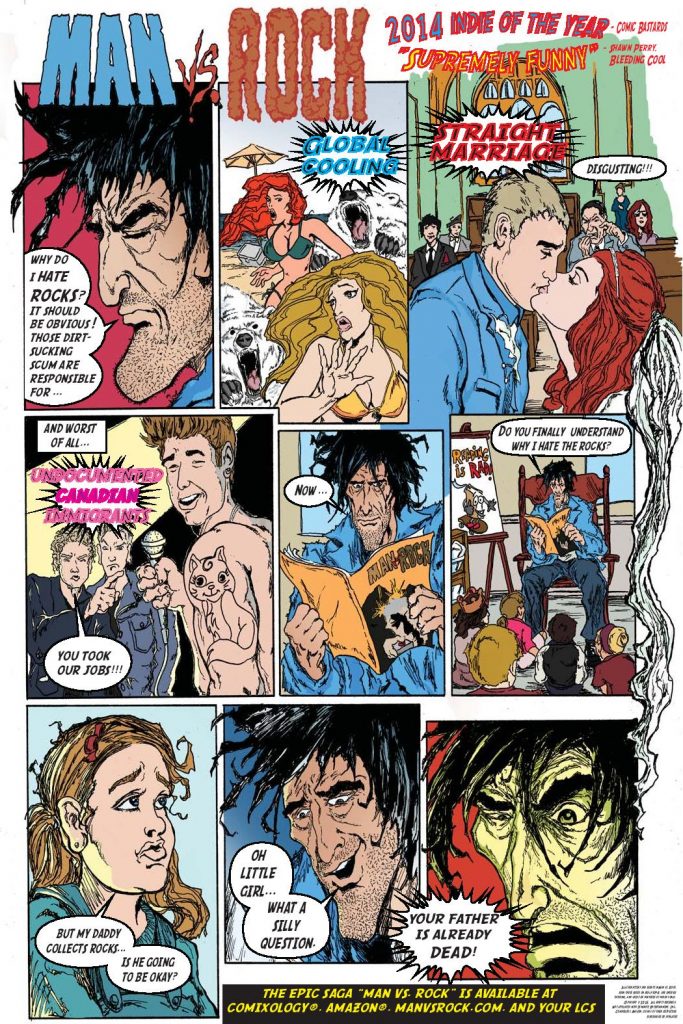 BiC: What does Man vs Rock mean to you guys? Is it more than comedy?

Man vs Rock (MvR): Like most independent comic books, Man vs. Rock means an easy ticket to riches, hookers, and a college degree for all my illegitimate children. Comics are also the best tax shelters you can think of. Don’t believe me? Just look at how much money DC has lost this year. That has to be intentional …

Man vs. Rock also means working with some of our best friends, meeting really cool people, and spreading rock-prejudice to places other than Mississippi for a change.

BiC: You guys have four issues of Man vs. Rock out right now all in black and white, but are currently getting them all colored. Did you originally plan to color them? What’s it like seeing the black and white art get colors?

MvR: When I was growing up, my dad always told me two things: “(1) Reverse mortgages are the future; and (2) if you’re going to write a comic book, make it in color.” So, after selling reverse mortgages to the elderly for 15 years, it’s nice to finally fulfill my father’s words of wisdom and make him proud.

We actually love the detail of the black and white version, drawn by our talented artist, Jared Lamp. The color (by the amazing Summer Fitzgerald) definitely adds a whole new element though, and will make people look at caveman coitus in a totally different way. Like that baseball player who died of Lou Gehrig’s disease (I forget his name), we consider ourselves the luckiest men in the world to have such great artists. 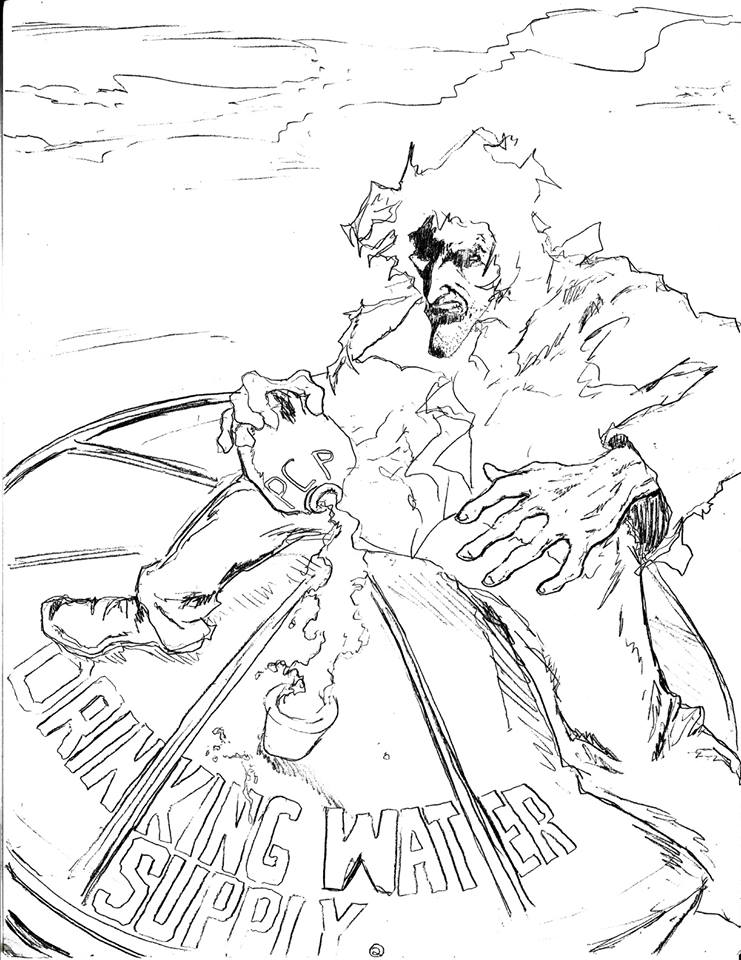 BiC: Man vs Rock is a pretty politically charged book that goes after anything and anyone that people hold sacred. Were you guys hesitant at any point in putting a book like this out there in the politically correct environment that currently presides in American culture?

MvR: Sacred cows are the most fun cows to slaughter. But other than Democrats, Republicans, white people, black people, Mexicans, Christians, Muslims, Jews, the military, men, and women, I can’t really think of anyone we’ve offended.

To answer your question about whether we’re hesitant: Not. At. All. We pride ourselves on offending everyone and every belief (including our own), and will not change that for anything (except money). Political correctness means boring stories and the end of independent thought, and to borrow a really insightful line from our book: Fuck That Shit.

BiC: What are your favorite topics or groups to really go after and skewer?

MvR: We like to be original, so … Republicans, since no one else ever makes fun of them. Also, straight people, because of our repressed straight feelings. Generally, we like to make fun of topics and groups that are topical and make us laugh. If they happen to be sacred cows, so much the better. 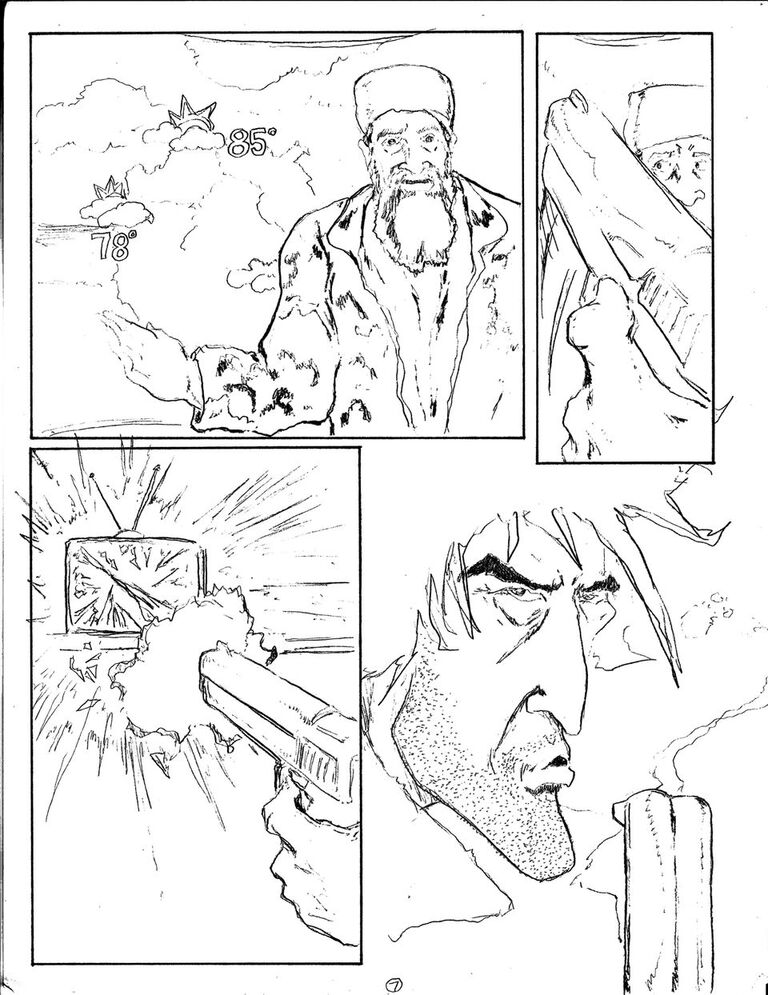 BiC: What is it like for you guys to self-publish? Is it exciting, nerve-wracking?

MvR: We’re really good at avoiding our creditors, so it’s not so bad. Actually, we much prefer self-publishing, since it provides us the freedom to tell our story exactly the way we want to. That is, in a way that offends everyone but Nambla members.

Self-publishing is really fun if you’re interested in building a business that you have complete control over. There are risks and costs involved, but it’s worked out really well for us so far, and we’re looking forward to expanding our line with two new series next year, exhibiting at cons across the nation, and hopefully distributing our book in comic stores throughout the country, except Jersey.

BiC: What has been your biggest challenge self-publishing and how have you overcome it?

MvR: Besides fighting off all the smoking hot women who want to trick you into getting them pregnant for that sweet indie comic money, the biggest challenge is figuring out how to sell your book. Thankfully, people have gotten the humor in Man vs. Rock and we’ve been able to sell a good amount of copies at conventions. The challenge you face selling your books at conventions is to figure out the pitch that works for you, say it to the last person with the same excitement you did with the first one, and just practice on as many con attendees as possible. It takes a lot of courage and practice, but that’s how vegan sausage is made. The biggest challenge we currently face is getting national distribution of our books at comic shops. It’s a large risk that requires a lot money, but that’s where our focus is headed. Ask us at the homeless shelter next year how it worked out for us…

BiC: Have you looked at teaming up with a publisher?

MvR: Why team with a publisher when you can take them down instead? Since we’re direct competitors with Marvel and DC, we’re committed to pushing out issues until we’ve run Marvel and DC completely out of business.

Actually, we’ve had a couple of sniffs with publishers, but we’re not interested unless it means we have full creative control, which is something most solvent publishers don’t agree to. We keep an open mind about publishers and we have pretty bold plans for the future, but any deal has to be the right one. As future President Trump always says, “we don’t win anymore,” and Man vs. Rock is trying to change that. 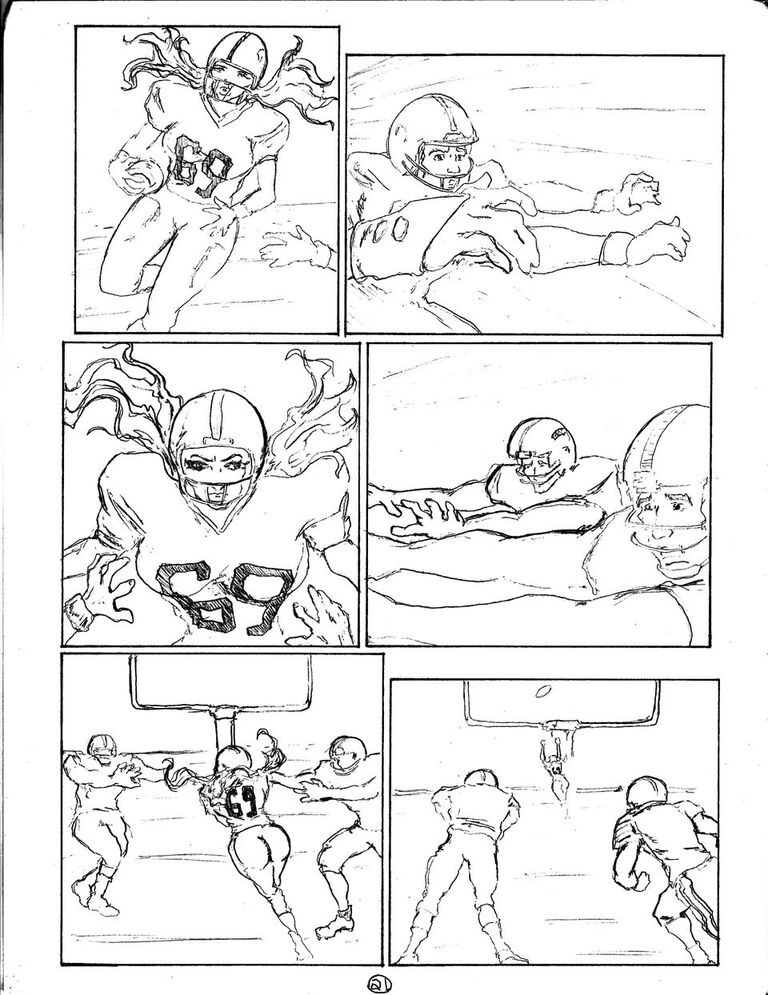 BiC: The Man vs Rock world has expanded outside of comics. You also run a Buck Stone advice column. Can you tell us about it and where the idea came from?

MvR: Ask Buck! is our little way of giving back by providing important life coaching to people desperately in need of the gospel of Man vs. Rock. It came to us as a way to avoid our court-ordered community service for urinating in the Pope’s hat that one time. Want to know whether blind people are better lovers, or read the latest Home Improvement erotica fan fiction? Then check out Ask Buck!

We also have a new webcomic called Buck Stone Presents, drawn by our excellent artist Jeremy Labib. The webcomic tackles important issues like concussions, American-Arab relations, and ponies. So, along with interviews with outstanding gents like yourself, we stay pretty busy.

BiC: You guys are into ponies? Do you support Vermin Supreme and his free pony policy?

MvR: Victor’s been really into ponies ever since his dad got him one for his 13th birthday, right as he was entering puberty … lets just say, things got a little awkward that night. Vermin Supreme’s free pony policy is bullshit. Think about how many thousands of dollars ponies are currently worth. Now think about how much less ponies will be worth once literally everyone and their mother has one! So basically Vermin Supreme wants to cause drastic deflation to the value of ponies, thereby wrecking the economy. Now that I think about it, I guess that makes Vermin Supreme qualified to be President of the United States. 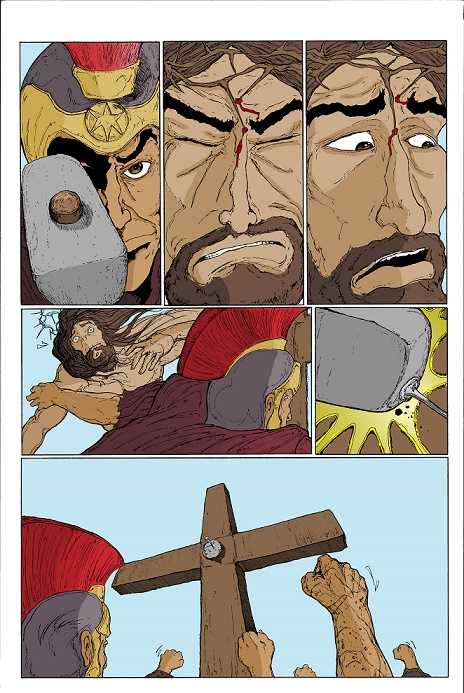 BiC: In an interview with All-Comic, you note M. Night Shyamalan as your biggest influence. How has this genius of plot twists inspired you?

MvR: M. Night Shyamalan is a giant influence on us, since he taught us that literally anyone can make it in Hollywood. The genius of his plot twists consistently amaze us. Take for example his recent smash hit, After Earth. The Shyamalan Twist in the end that Jaden Smith was Will Smith’s son all along still rocks me, and it’s those Shyamalan moments that we aspire to emulate at Man vs. Rock.

BiC: When can we expect the next issue of Man vs Rock?

MvR: Volume 5 will be ready by Wondercon in Los Angeles this March, so get ready! Here’s a couple of thumbnails to keep your seat warm. 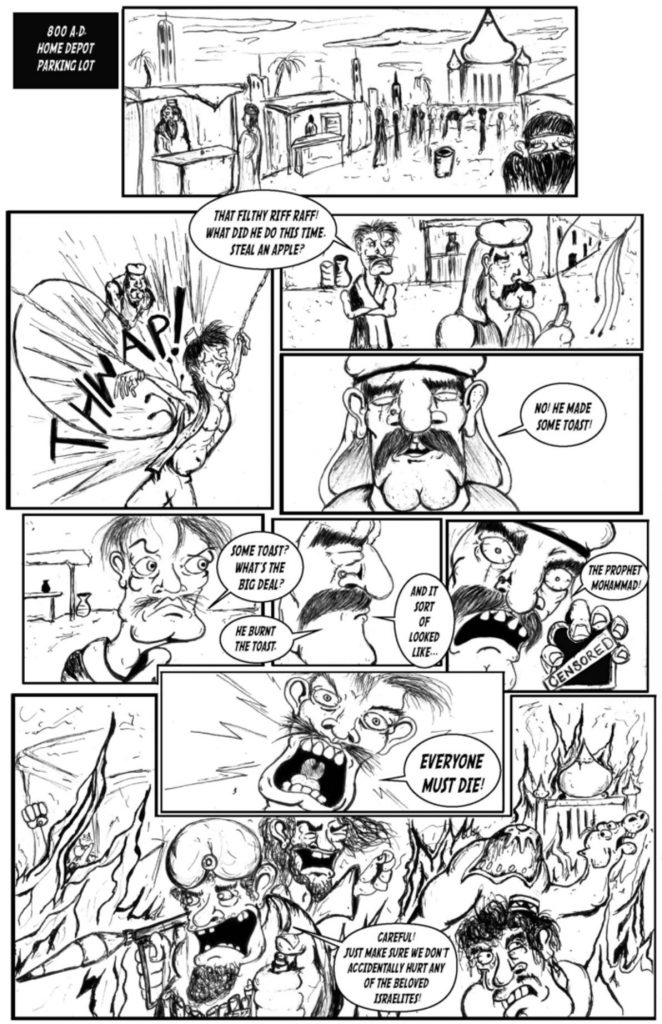 BiC: Finally, what else are you guys working on outside of Man vs Rock?

MvR: As I said, we’ve got a great webcomic with Jeremy Labib called Buck Stone Presents, so check it out if you want the Capitals to finally win the Stanley Cup.

More importantly, we have two brand new series coming out this year, which we’ll be announcing soon. If you like Man vs. Rock and the North Korean government, you’ll love our upcoming new series.

There you have it! That wraps up our Man vs Rock interview. Be sure to check out the hilarious Man vs Rock and their webcomic Buck Stone Presents. If you don’t the Capitals may never win the Stanley Cup and we can’t let that happen!

If you want more Man vs Rock, be sure to check out our review of Volume 1. You can also find Man vs Rock on Twitter, Facebook, Instagram, and Deviant Art.