The story takes place after the Aug Incident, an Illuminati orchestrated event which caused augmented individuals to mindlessly attack their ‘natural’ counterparts, and society is reeling. The anti-aug sentiment is at its all-time global high. In order to combat the rising terrorist activity and defend the world against total chaos, Task Force 29, an Inerpol-funded coalition, was created.

Task Force 29’s latest recruit, Adam Jensen, readies for his first mission in Prague. However, he is augmented himself and his first mission will put him face to face with the grim reality of the mechanical apartheid. How will he handle it?

Deus Ex Universe: Children’s Crusade #1 will have four covers from Yohann Schepacz, Michael Verhaaf, Alex Ronald, and a Blank Sketch cover. It will be available for purchase on February 10, 2016. 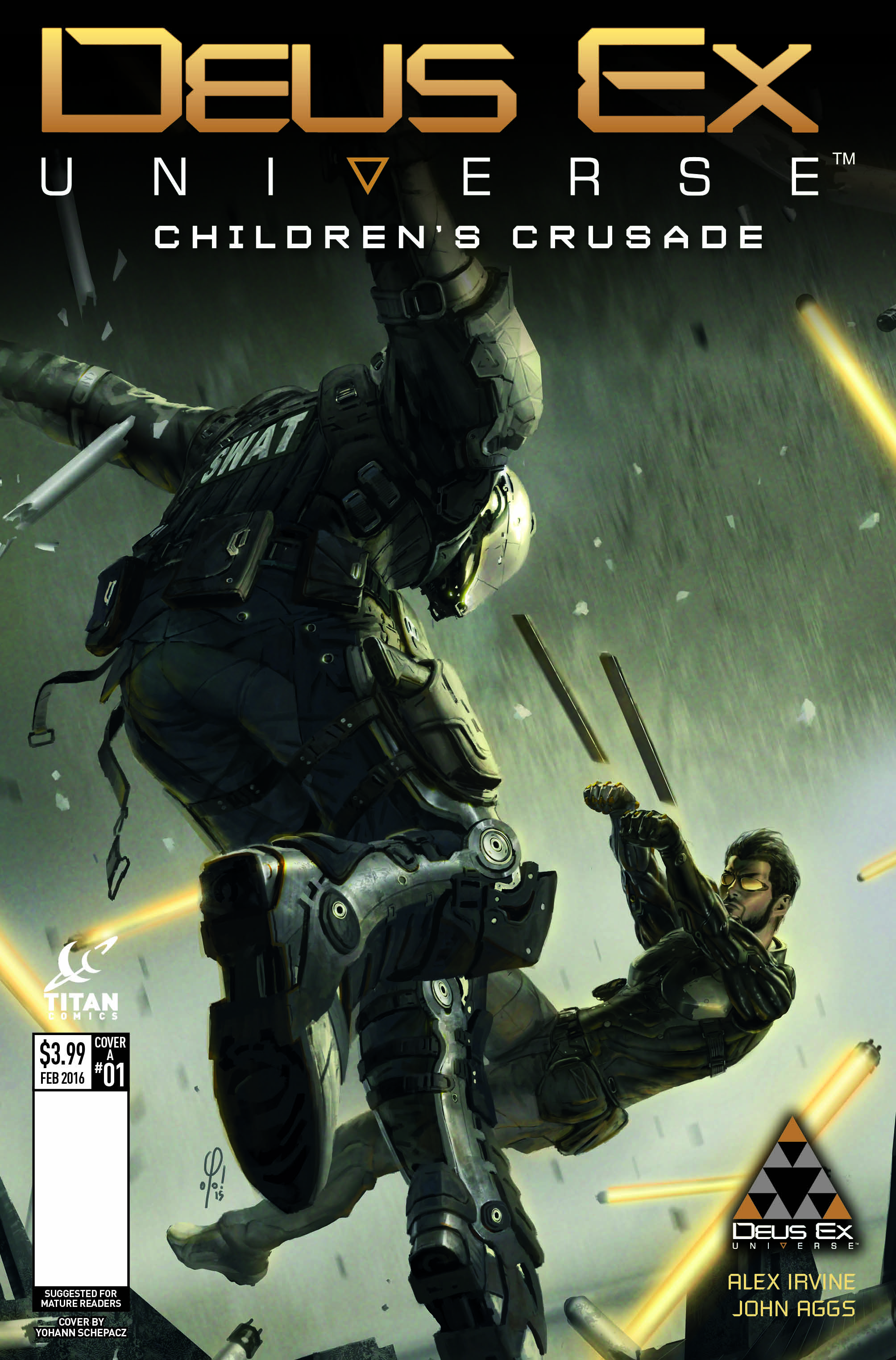 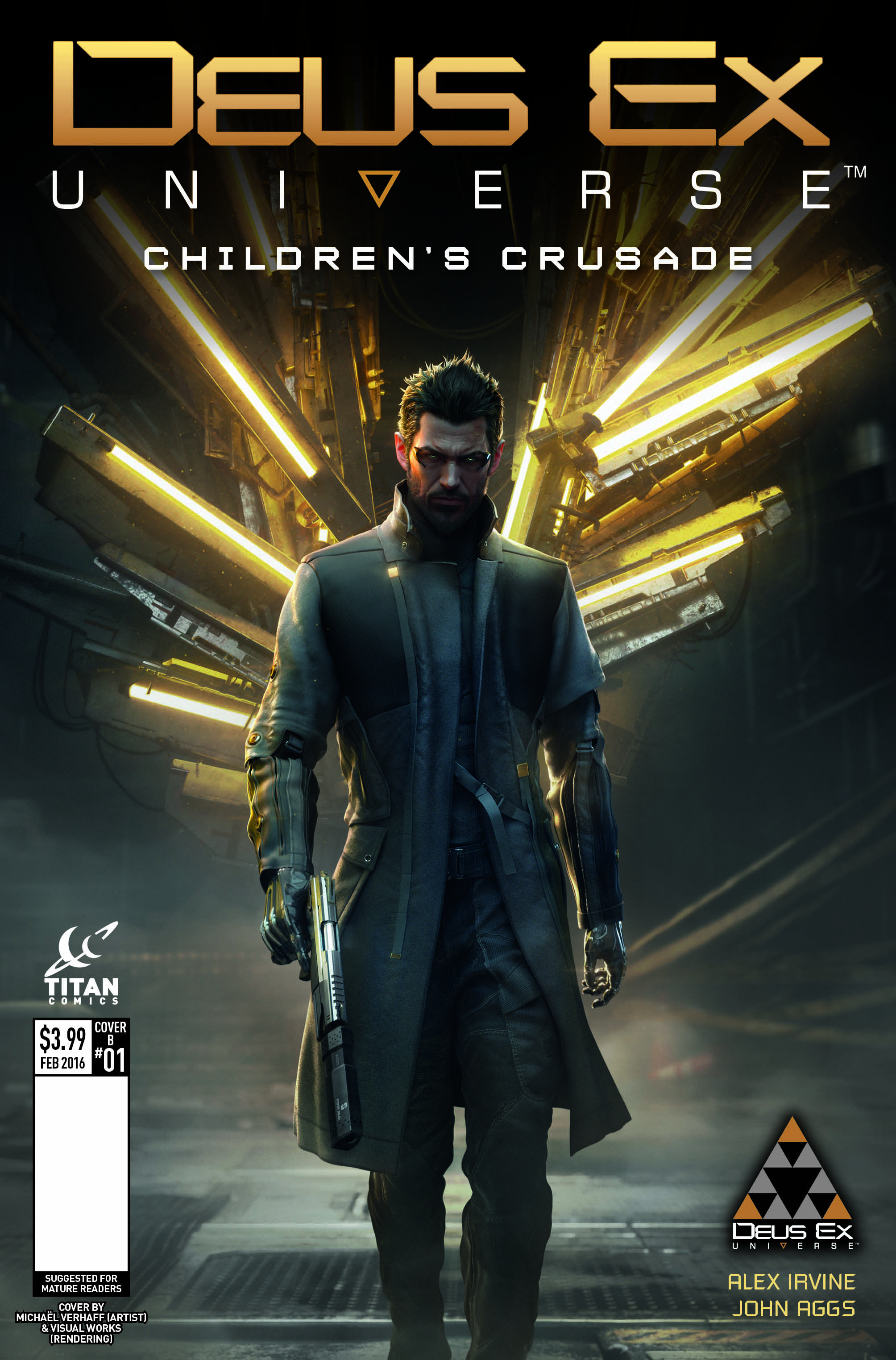 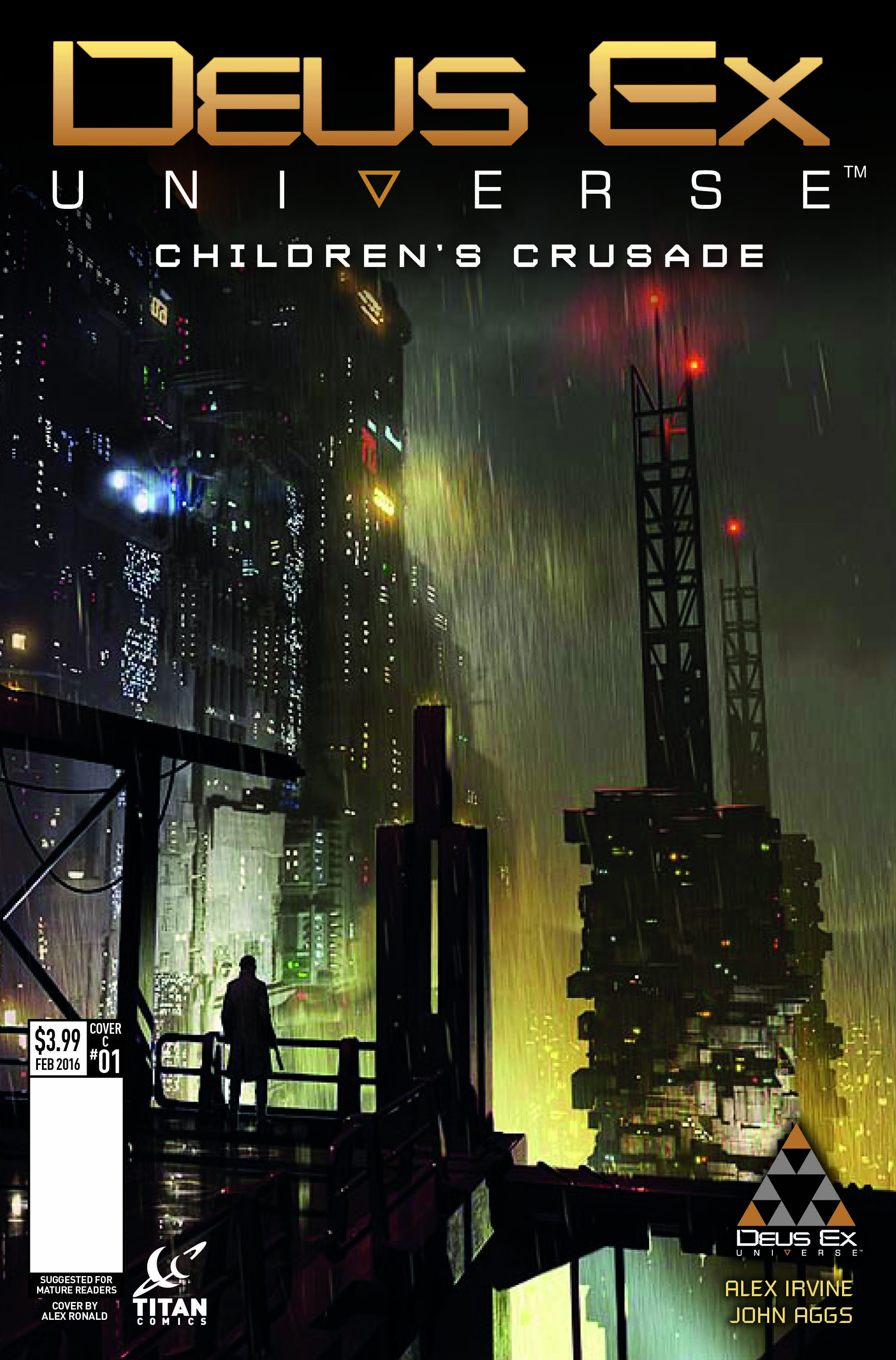 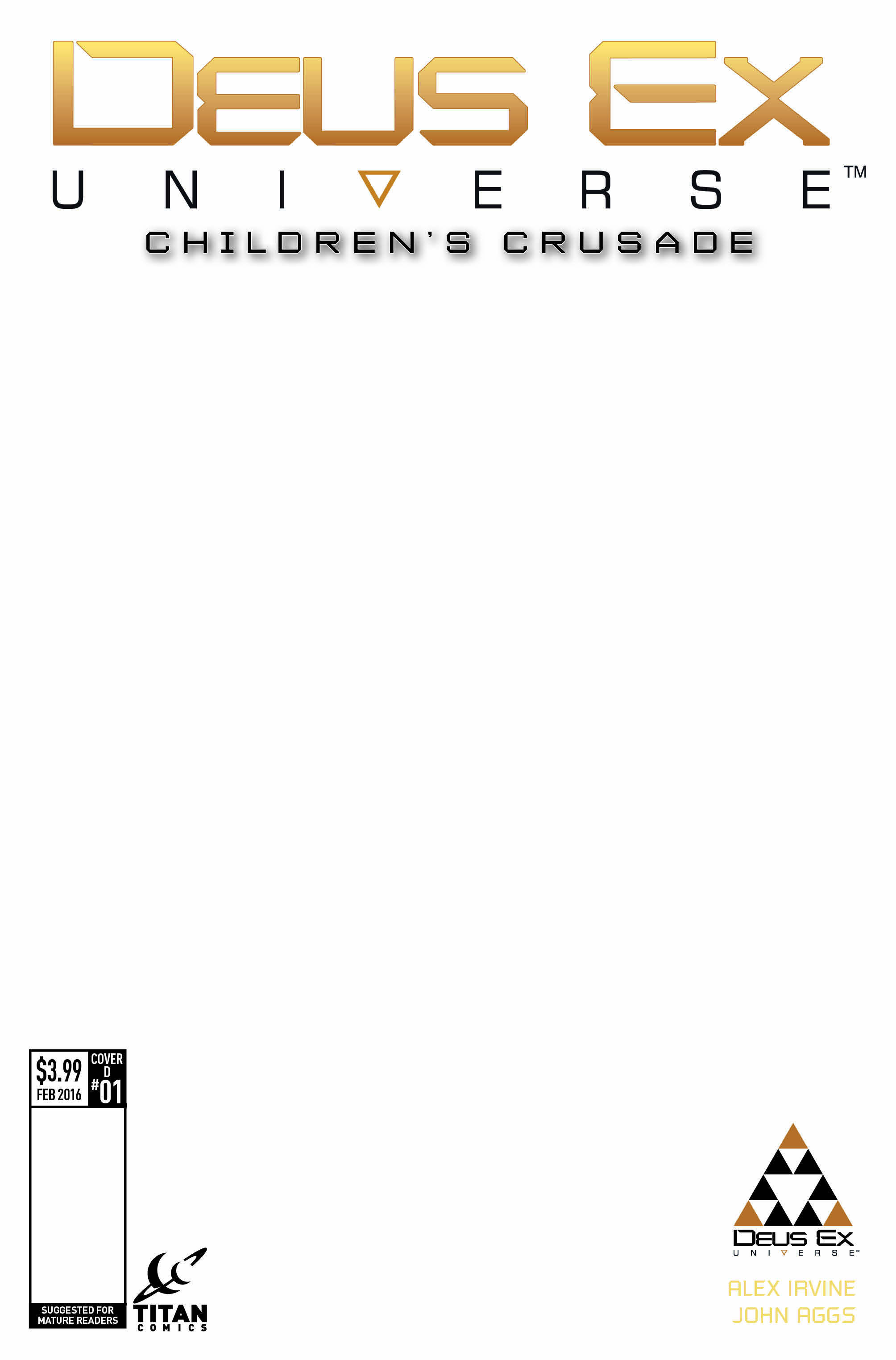 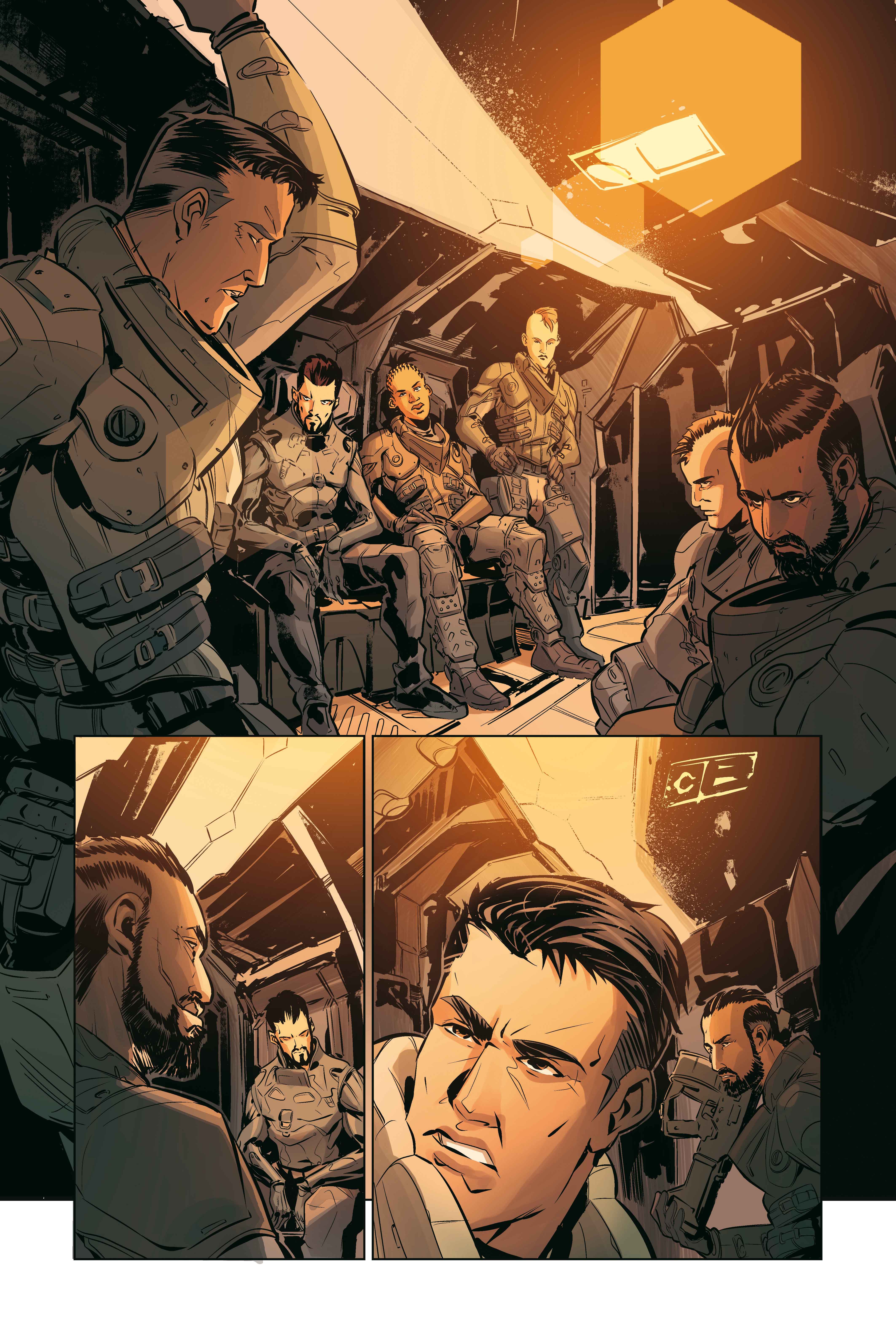 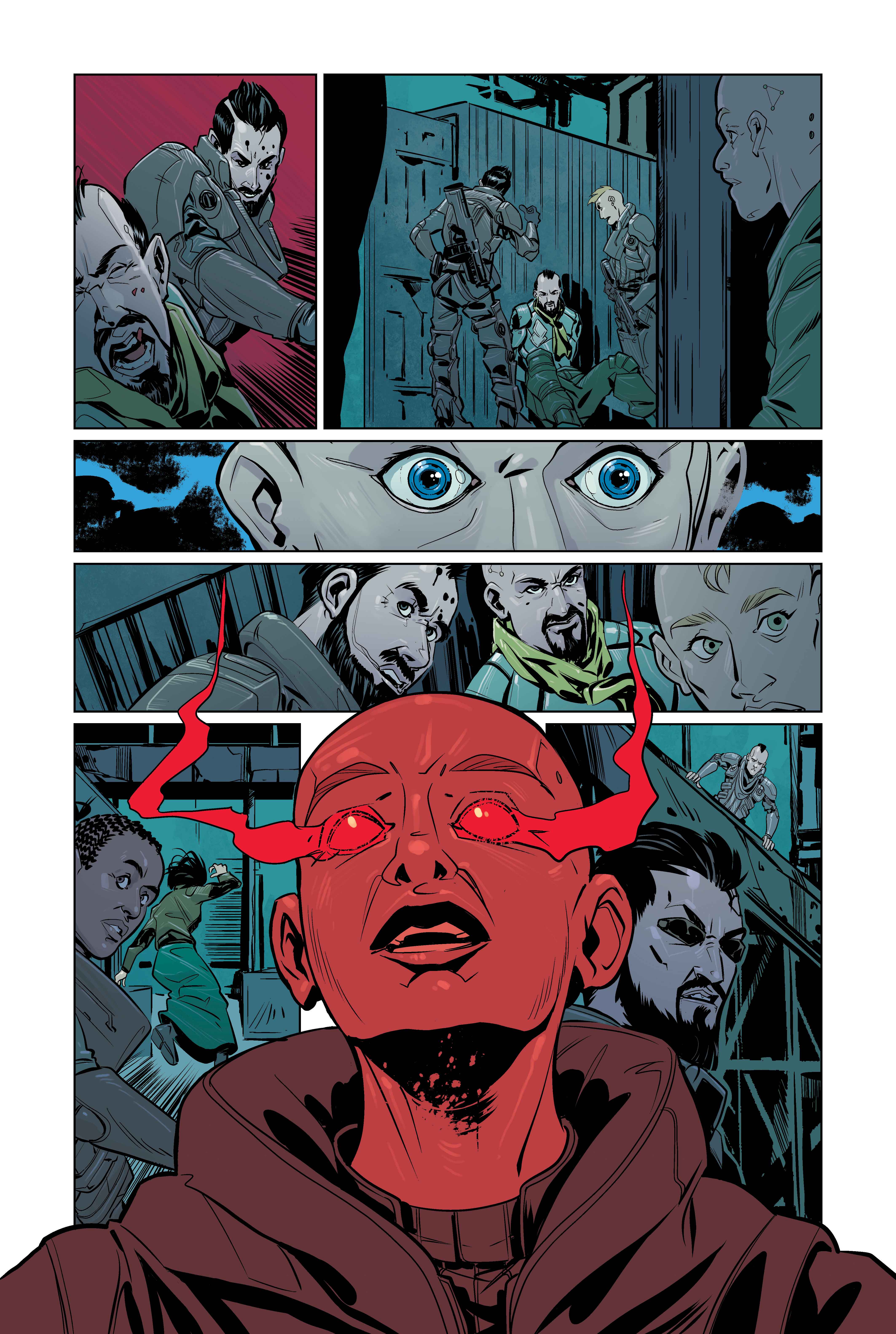 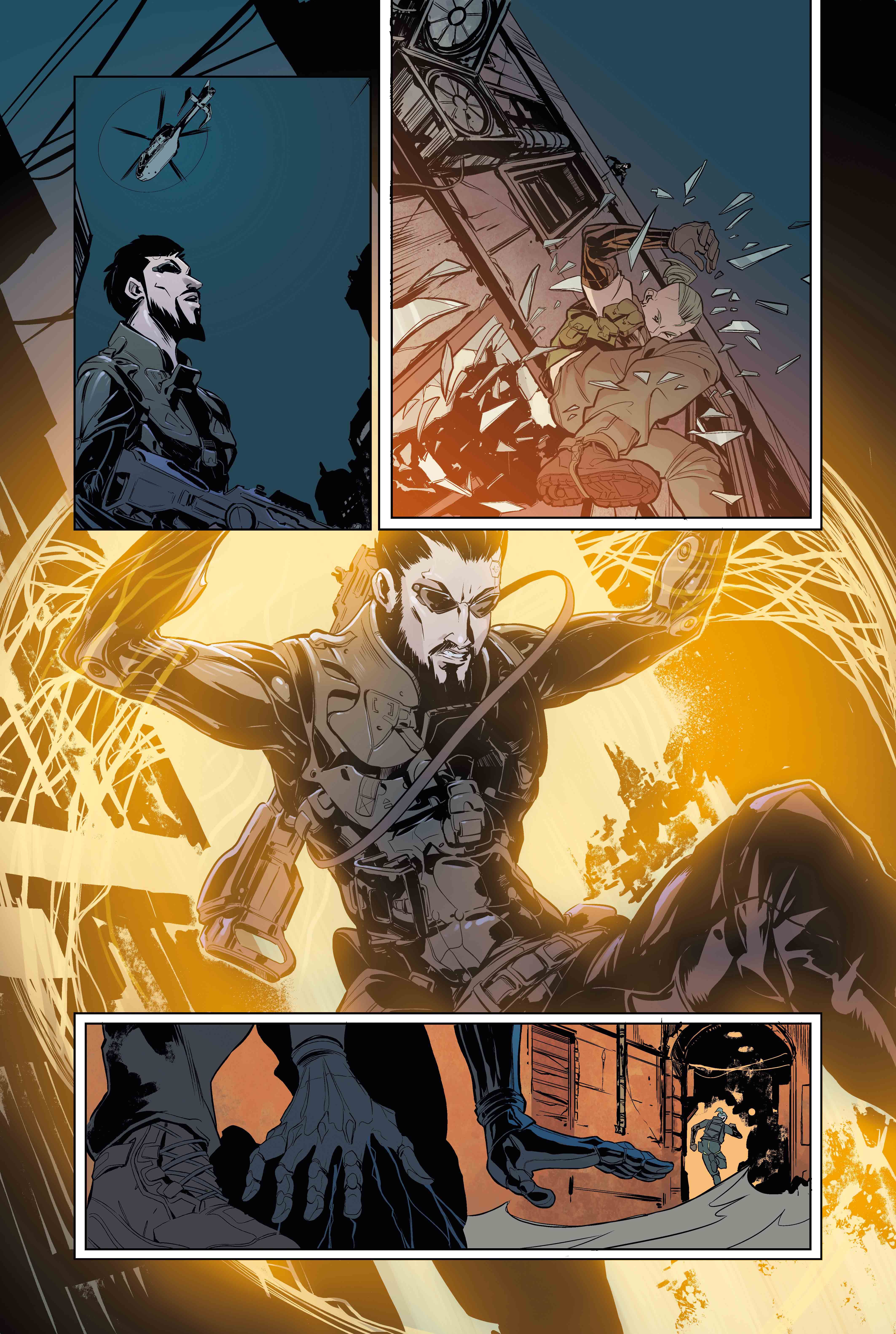