About two weeks ago, we held our first creator Q&A in our Facebook group, Comics Talk, with Tim Daniel. Our members asked Tim an assortment of questions from how he got started in the comics business to the role of editors and even one regarding the best place for breakfast in Missoula, Montana. We had so many great questions and answers we’ve split the interview in two!

**Editor’s Note: Members names have been removed to protect their privacy.**

BiC: For those who might not be familiar can you tell us a little bit about yourself and what some of your books are?

Tim: Sure – and first, thanks for having me on John.

BiC: Thank you for joining us!

Tim: I got started in comics doing design work – mainly logos in about 2007 after kicking around for about 3-4 years doing websites for Brian Michael Bendis, Robert Kirkman, etc First logo was for Nick Spencer’s Shadowline book EXISTENCE 2.0. And here’s a look. I created the logo and remixed interior art to make a cover which the publisher liked well enough to publish. 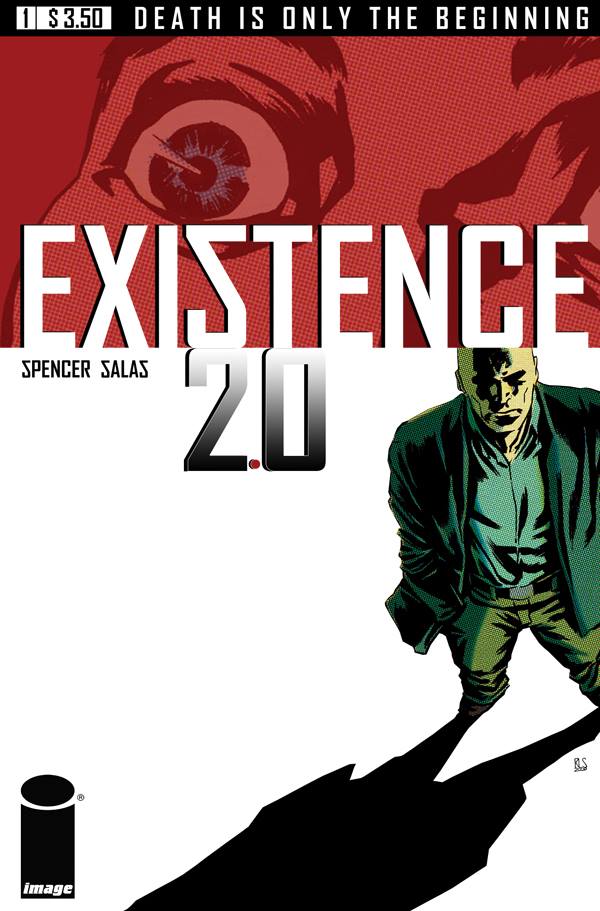 BiC: How did you transition from doing logos to actually writing your own stories?

Tim: I asked Jim Valentino to review my pitches and not reject them but to help me develop them after he asked what I wanted to do in my career. I took advantage of that and pitched ENORMOUS. 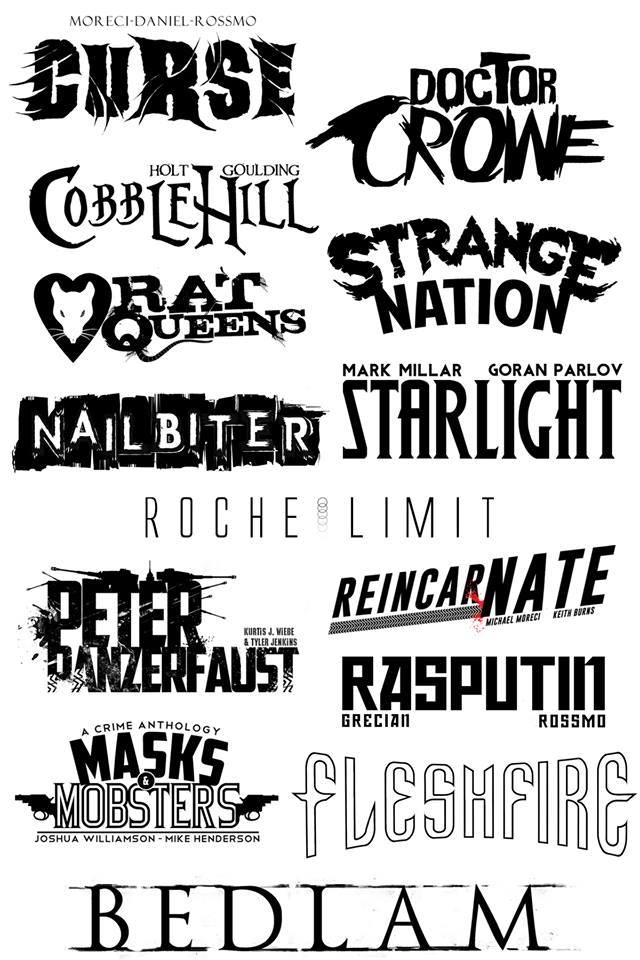 BiC: What was your top piece of advice that you received from Jim that could help others looking to pitch their own comics?

Tim: That is THE question. Jim always had the single most important question. “What is the story?” A lot of writers confuse plot with story. I did. Example – “A single father trying to save his dying son from terminal leukemia while the financial burdens of a broken health care system are crushnig him.” Plot He hunts a serial killer for the bounty money only to learn the killer is a werewolf. Now he must wait 30 days for the captive werewolf to turn once again before revealing his secret to authorities.” Curse.

BiC: When you create your logos and art what tools do you prefer? i.e. pencil, computer, etc? 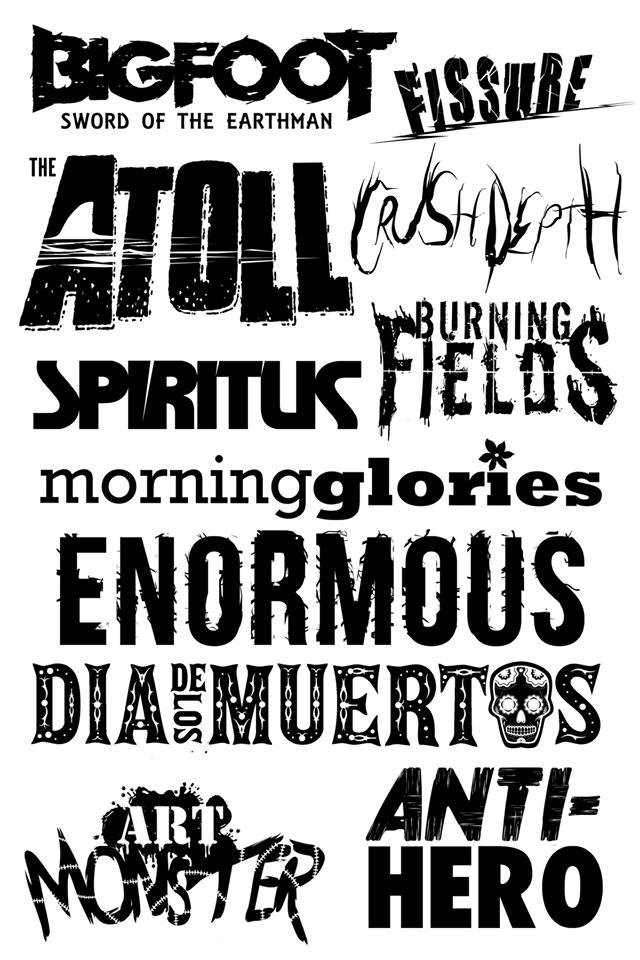 BiC: What kind of stories do you like to read? And do those influence the ones you write?

Tim: Thanks for the question! I love my horror and sci-fi. I’m a bit of a genre junkie. So, the obvious – King, Chabon, McCarthy, Priest. But i’ll read anything so long as it maintains my interest. And they have a strong influence. No doubt. King really got me when I was 15-18 yrs old. I had no idea how much he stayed with me until recently with stuff I’ve co-written like Curse & Burning Fields.

BiC: What elements of King’s writing do you see in your own?

Tim: What I’ve tried to take from King is how he’ll take the ordinary and make it the most frightening aspect of the tale. “Girl Who Loved Tom Gordon” is a great example. A young woman strays from the path during a day hike…and it gets scary as hell. Especially since I’m now a parent.

BiC: Can you tell us what artist in the past has given you the most influence?

Tim: Whoa. This one ain’t easy. John Bryne. I was 12 when he really started in with the X-Men and I’d never seen anything like it. Miller, Adlard, Oeming, Allred, Cooke – I’m a sucker for the deep moody atmospheric blacks and shadows… My tastes continue to evolve now. Now I’m influenced by all kinds of different artistic voices. David Mack, Geof Darrow, Frank Quietly, etc.

BiC: We’ve got your Star Wars story about Ben Kenobi and a Sandperson in the Files section. What inspired you to do a Star Wars tale?

Tim: The Force Awakens. I was 10 in 1977 and when I walked out of the Star Wars. It radically altered my idea of what I wanted to do and be and had interest in. I would lock myself away writing and drawing for hours after that. It was all I wanted to do is make Star Wars…the dream lives on. It will continue in a much bigger way. I found a way to continue the story and really do something fresh within the SW universe. Don’t care if it’s free fan-fic really, it’s too much fun. Here’s a look. 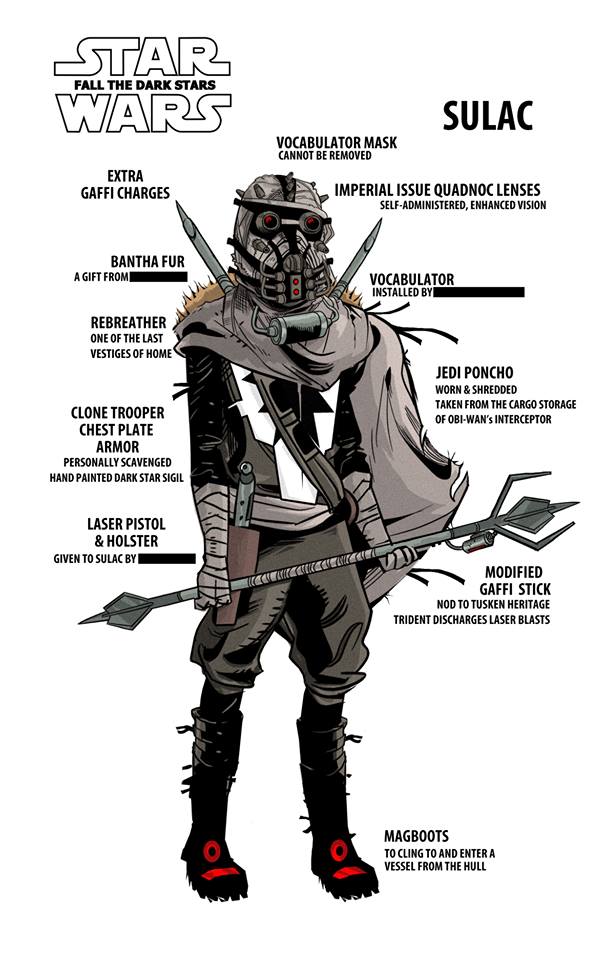 BiC: Two questions about stories: how long do you normally spend developing an idea and then deciding to really continue forward or scrapping it? Second, when collaborating, does the story development stay within the author team or do you try to get input from outsiders as well?

Tim: Here’s Morning Star. It took about 30 mins or so for the idea to come to me start to finish. I was writing another script, and had stepped outside for a smoke break and some coffee. I looked up, saw a beautiful Montana night sky full of stars and it almost entirely came to me. 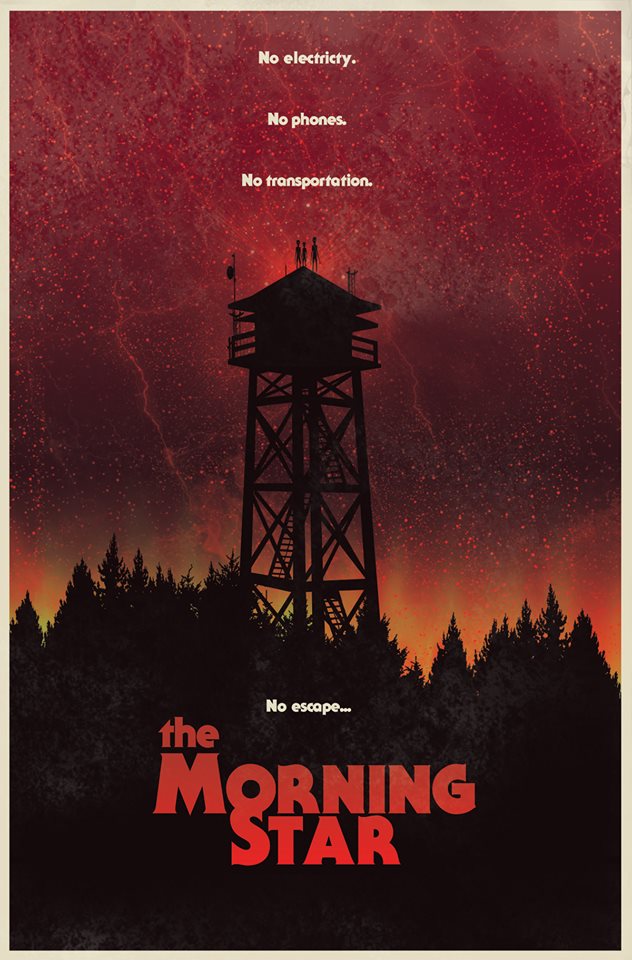 Now, here’s [easyazon_link identifier=”B00UBK4QUO” locale=”US” tag=”bounintocomi-20″]Burning Fields[/easyazon_link]. This took Michael Moreci and I several months of research, outlining and then scripting. I have never “thrown away an idea” – I’ve only stored it. When I’ve returned to it, it seems that time spent away has only allowed me to then make it stronger. I see it with fresh eyes. 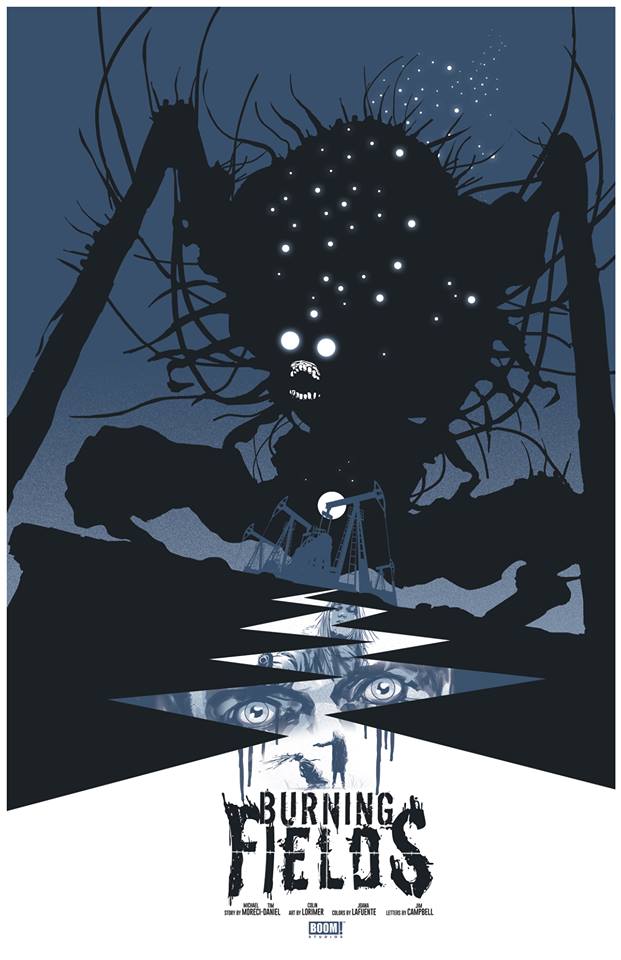 For Burning Fields and [easyazon_link identifier=”1608864626″ locale=”US” tag=”bounintocomi-20″]Curse[/easyazon_link], Mike and I sought input from Riley Rossmo, Colin Lorimer and then of course the editorial team of Erik Harburn and Chris Rosa at Boom.

BiC: How much input do the editorial teams usually play when shaping the story? What exactly is their role?

Tim: Now that’s a fine question. The Boom guys are great. At each phase they offer “suggestions” by the way of notes and questions. Typically the emphasis was put on driving the story through character and arriving delivering strong action as a result. They never forced anything upon us. They were very amendable to us if we maintained a point. Sometimes we’d take their notes right on down the line and alter the script. I think it varies by publisher. All I know is that both Erik and Chris are real professionals. Bess Paralles edits all my other books and she offers both story notes and line edits. She does not however story-guide me at all. I feel like she’s my compass in many ways though as she’s often the first reader of anything I do.

Be sure to come back tomorrow for the second half of the Q&A with Tim and don’t forget to join us in Comics Talk!