First off, be sure to check out the first part of the interview if you haven’t already done so. Tim talked about how he got started in the comics business and some of the people who influenced his writing.

As with the first part of the interview this was crowd sourced from our Facebook group, Comics Talk, where Tim was our guest for a fun Q&A session.

**Editor’s Note: Members’ names have been removed to protect their privacy.**

BiC: What is your favorite Con?

Tim: NYCC!!! Holy shit that was fun. Sold almost 2K books this year and met so many readers/collectors. Loved it! WIll go back. Going to Mexico in March, so that might top it!  ECCC is pretty damned awesome. I went to SDCC three years running with Skybound at the outset of the Walking Dead. And that was 15 hr days – insane. I slept 20 hours in one week…

BiC: Any suggestions for someone wanting to get in the business?

Tim: Write like hell. Just write and don’t stop. Post, share, talk, read and examine comics. Never take “NO” as an answer – just find a person that will say “YES”. In other words. I see a lot of folks pitch their books. I’ve seen hundreds by now. And when they receive one rejection they kill the project. To me – no just means “not here.” Next – find a peer and by that I mean someone with the same career trajectory as you. Someone looking to break in and work with them. Build together. Form a partnership, friendship and a deep trust. Could be a co-writer, an artist or both. Stick with them and build your pitch(es). Be loyal, honest and frame an criticisms around making the story better not your collaborator’s talents. Then slowly develop a relationship with different publishers. Read their guidelines, read their books – interact in a genuine and friendly manner via socials. Then pitch.

BiC: When you are building a world, do you start with a concept and build the world around your characters? or do you build your world first and have your characters, sort of, inhabit it?

Tim: An example – [easyazon_link identifier=”1608864626″ locale=”US” tag=”bounintocomi-20″]Curse[/easyazon_link]. Sitting on the porch one day. An idea popped – what if there was a hunter, a bounty hunter looking for the werewolf and we think he’s going after the beast for the reward but we discover that he does not want the cash or to kill the beast but to take it’s curse. From there I had a call with Riley and Michael Moreci and we all figured out why…so a concept (with one strong main character) to story. 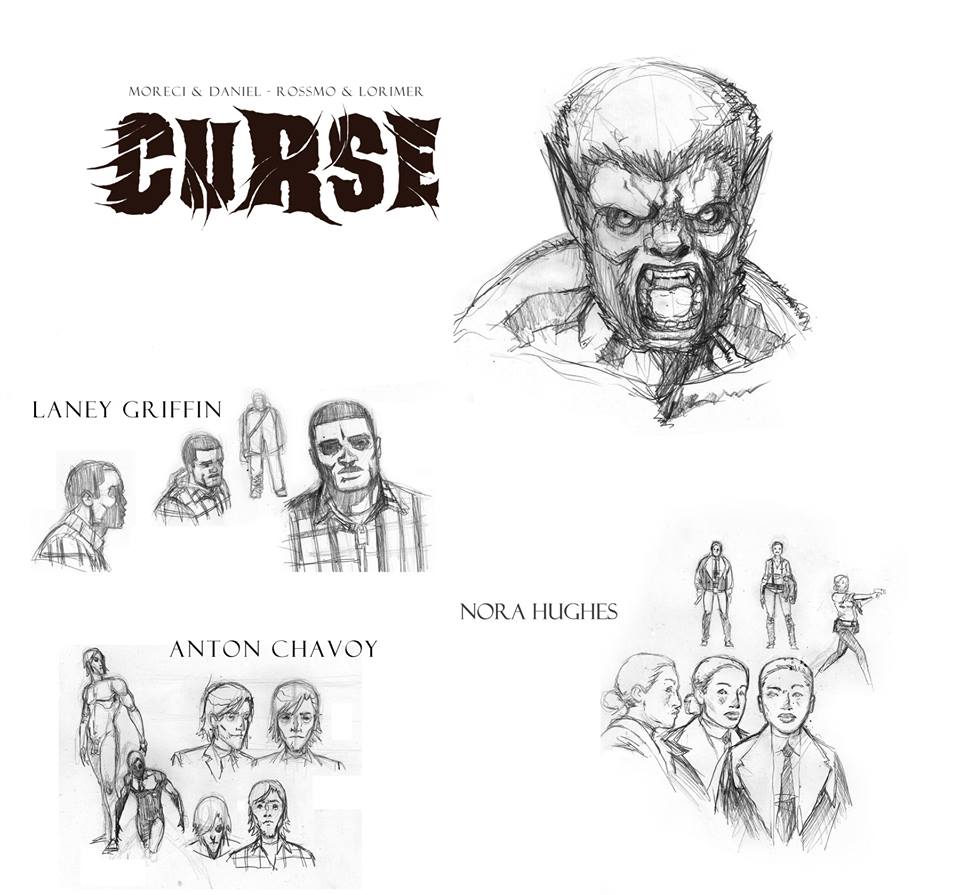 BiC: Eric Stephenson over at Image recently called the overall outlook of the comic industry “It’s like the bland leading the bland?” What’s your take?

Tim: Truth? If he’s going to make that kind statement, I feel that since he’s a publisher he’s just as culpable in creating that environment. As a writer, so am I. But I did not care for that because I don’t think you can build your brand knocking others. Image puts out some amazing stuff – there’s no need for that. So, I disagree. In assessment of the industry right now…there is literally something for everyone to read. How is that bland?

BiC: What was the biggest challenge you had breaking into the industry?

Tim: Taking criticism. Harshes words ever spoken to me were the best. I was told I could not write (at worst) and needed a co-writer at best. That led me to Moreci, everything ever since has been simply a invaluable learning experience.But I had to swallow pride and ego. I had to defer dreams in pursuit of learing and growing.

BiC: Any suggestions for someone looking for a place to eat breakfast when it’s 10pm and there’s not a Waffle House for over 100 miles?

Tim:  You got to learn to cook! 13 yrs restaurant business. I make what I want and can’t get. Missoula, MT ain’t exactly a hotbed of culinary diversity. And I love the Waffle House!

BiC: No Cracker Barrels in Montana? What about IHOP?

Tim: Both are here in Missoula. After years of breakfast shifts I cook a mean Grand Slam! 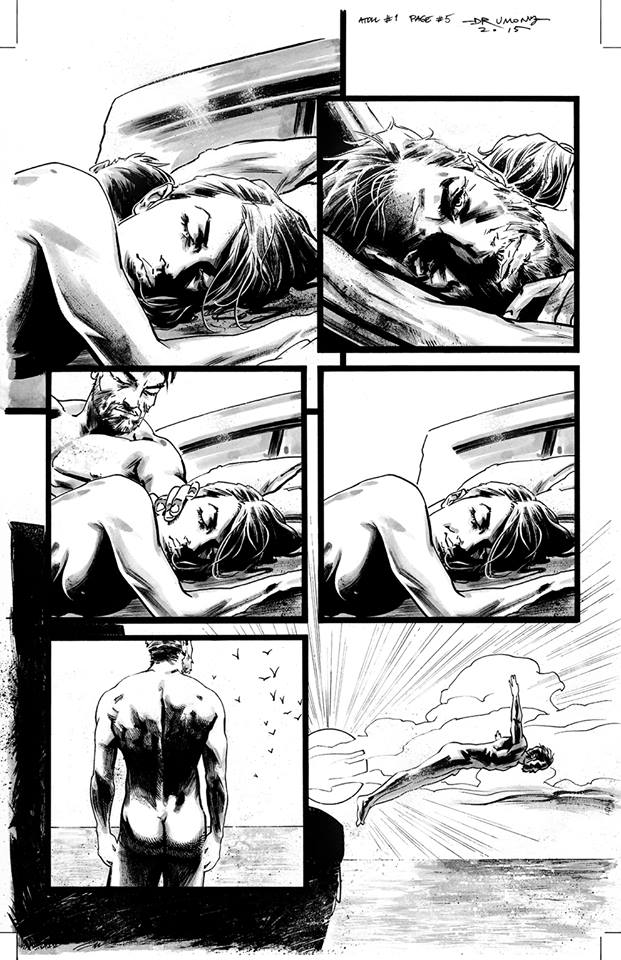 BiC: What part of the day do you feel the most creative?

Tim: 10PM-2AM and if I stay up after that then it really gets crazy.

Tim: STORY. Man – too many concepts out there with no real story. Like what’s it about? Character, what do they want, need, hope to achieve, can’t afford to lose, love/hate – what makes them human. Villain – nuance. I like baddies that have really strong principles and convictions and never act like the villain – their ideals just clash so strongly with the protagonist.

BiC: Which villain do you think best embodies those qualities?

BiC: How much time do you spend marketing or promoting your books compared to actually writing them?

Tim: It’s lopsided as heck. It’s not just the marketing, it’s contract facilitation, contributor assembly, project management, deadline management, production coordination, press inquiry, signings, shipping, emails, phone calls, snailmail, and then if you get lucky and have the great problem of someone optioning your property as Enormous has been – then you get producers, studios, executives, writers, showrunners and all the other folks like PAs juggling schedules, calls, meetings. It’s amazing really.

BiC: Do you have to set a schedule for yourself to get projects done?

Tim: No. I write only what I feel and when I feel it. But, I make sure not to miss deadlines. Particularly on the production/design side. Never miss a deadline. Sometimes professionalism can make up for what one lacks in talent. 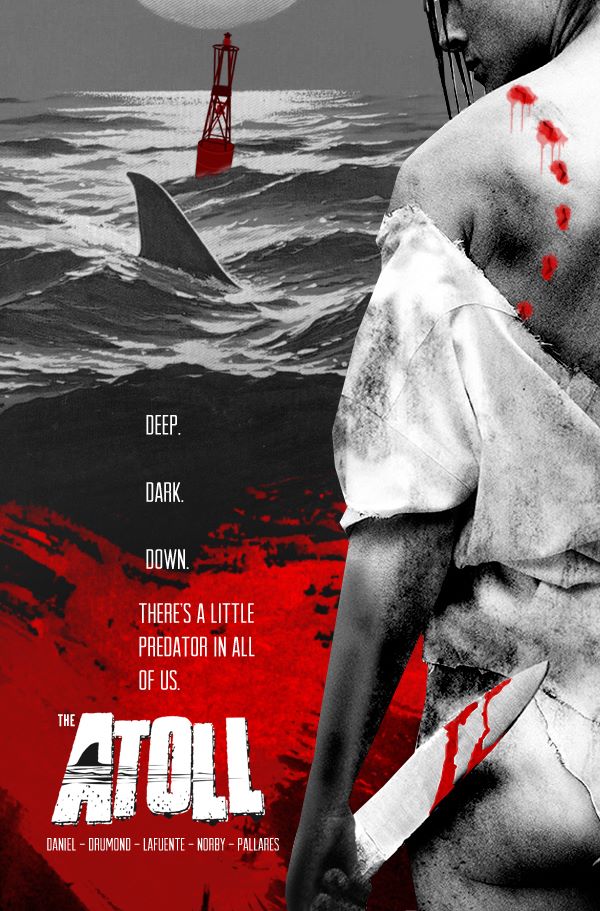 BiC: I’m looking at The Atoll cover you posted earlier. I’m intrigued. Can you tell me a bit about it? Is it similar to Jaws?

Tim: ATOLL is about a couple seeking to prove to each other that their marriage is going to work. They want a proof-of-concept. A challenge. That turns out to be a trip around the world on a two-person craft. Just them – together. There is a rather large great white involved with elements of Most Dangerous Game.

Be sure to join us in Comics Talk for more exclusive Q&A sessions with comic book insiders!