The series is co-created and written by Bradley Golden and Alex Barranco with artwork from Criss Madd and inking by John Dixon. Marcio Freire will be providing the colors and Martin Rivas will be doing the letters.

The story has a steampunk setting with laws that outlaw falling in love with the same sex as well as prohibiting interracial marriages. These laws came about after the Alpine War pitting religion against science. The war destroyed institutions and societal structures tossing the Earth into a state of chaos.

In this state of chaos, the wealthy elite seized power securing possession of the world’s resources and enforcing their new laws. They eliminated the middle class leaving only the wealthy and lower class. They also created two distinct geographical locations. New Ciaro became the former United States, Canada, South America, Greenland, and Mexico while the rest of the world became New Epsilon. 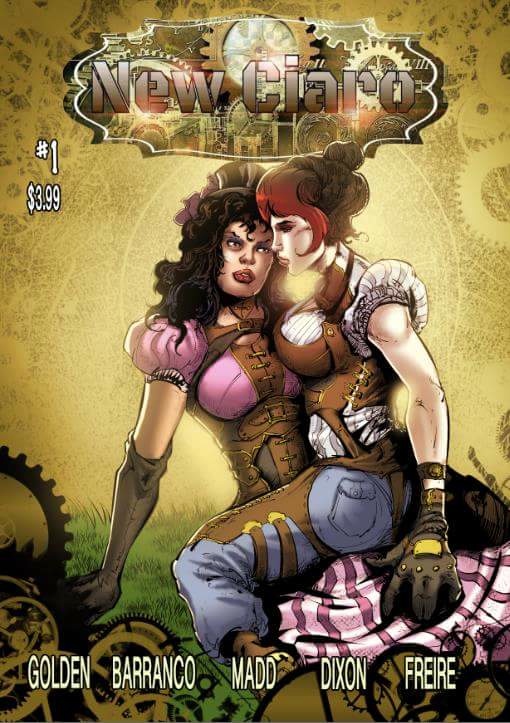 The story will feature a number of different characters including Lisa McCown, an iron welder, Leslie Ferguson, a robotics expert, Lenny Ferguson, the Mayor of New Ciaro, and Dorothy McGreggor, the Resistance Commander. The focus of the story will center on Lis McCown and Leslie Ferguson as they defy all odds to be together in peace and love.

The goal of the KickStarter is to raise $3,200 for the first of four issues that will be 24 pages in length and in full color. As of this writing, the KickStarter has currently raised $256 from 17 different backers. There are still 51 more days to contribute!