While combing the aisles of VA COMICON, we happened upon John Daniel Taylor IV’s Top Secret Press booth and decided to stop in and say hello. We talked to him about his multiple independent comics and how he has leveraged Kickstarter to grow his fan base.

BiC: Do you want to tell us who you are and why you are here?

BiC: Can you tell us a little bit about Top Secret Press? What kind of books do you put out?

John: We do comic books. Right now we have three titles out in our regular series, 3 CORPS, Betty Wicked, and The Strange. We also have some other things we are working on this year. 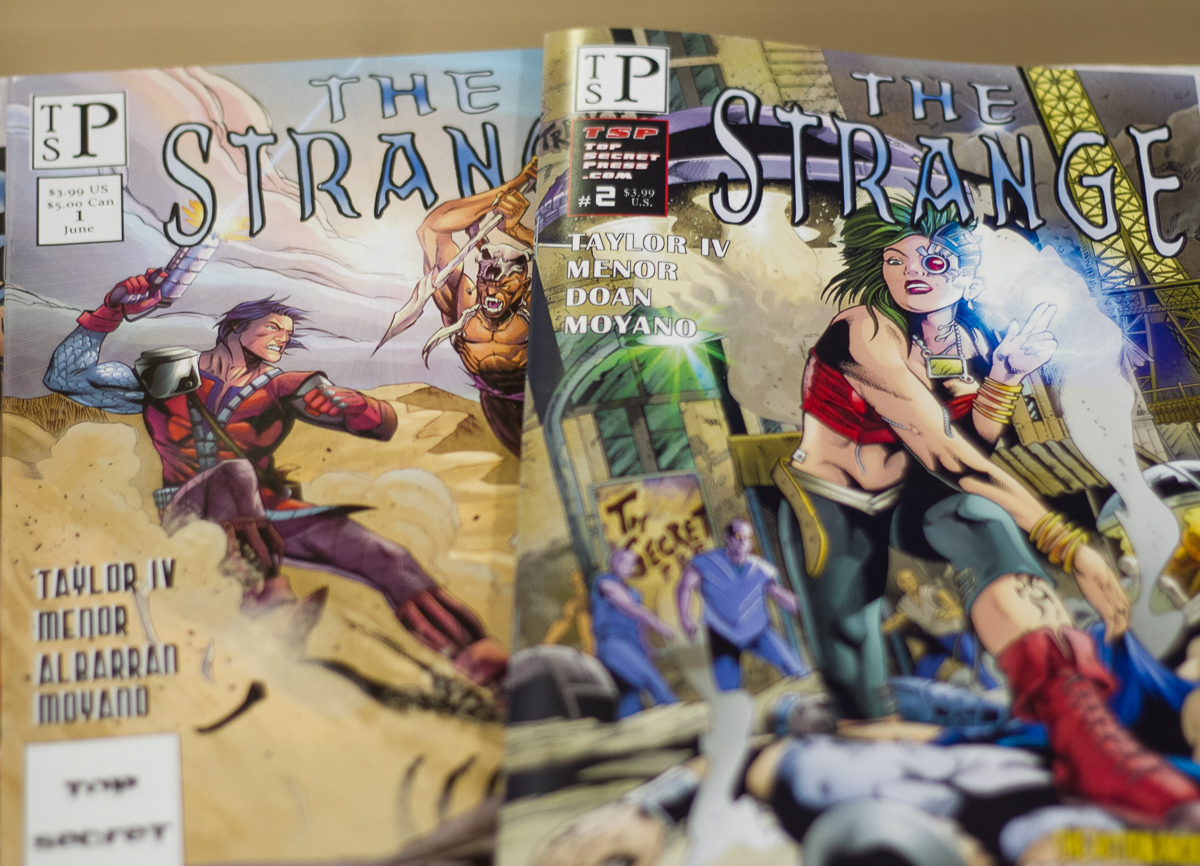 BiC: Do you want to tell us about 3 CORPS, Betty Wicked, and The Strange?

John: Sure. 3 CORPS is about the rise of superheroes in today’s world. 3 CORPS is trying to keep them secret and of course now it is all coming out into the public. Betty Wicked is a paranormal investigator and a modern witch with sort of a Celtic background which is a little hard to explain. You will have to find out about it in the comic. The Strange is basically super powers in the future. They use genetics and DNA instead of say psuedo-science. You know spider bites and that kind of thing.

BiC: Are all of the books independent or do they kind of cross over into the same universe.

John: They are all in separate universes right now, yes.

BiC: You were telling me a little bit earlier about how most of your books are Kickstartered. Can you tell us a little bit about that?

John: Sure, as a matter of fact I’m running a current Kickstarter starter for Legend, an adult playing card set. Every one of these started as a Kickstarter. The Strange was my first Kickstarter and that did really good. After that I realized, I can pay for good artists. A lot of my artists work for Marvel, DC, Image, and independents IDW. They expect to be paid.

BiC: Yea. Definitely. Can you tell us a little bit about behind the scenes of the Kickstarter. How does that work?

BiC: When you do the Kickstarter do you use the same format or do you use different strategies to enhance?

John: Pretty much use the same format. It’s getting to where I am building up a little following so everybody is coming back for each one and then new people come on. I guess adding the comics, it gets bigger as I go along. It’s increasing my fanbase. That’s what Kickstarter is really doing for me other than raising money to pay for artists. 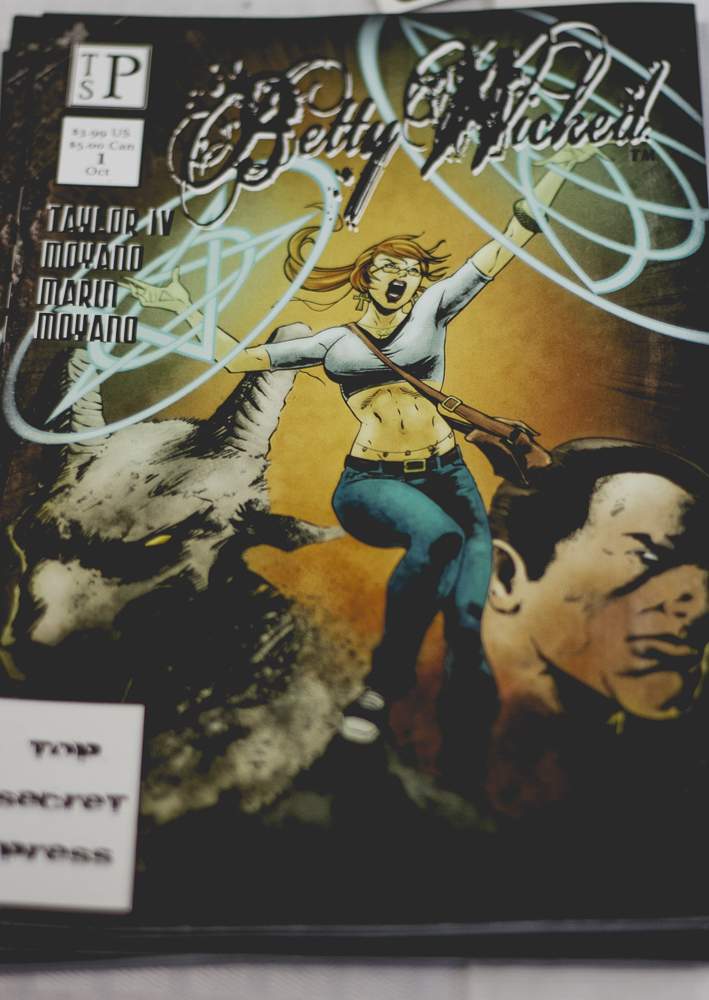 BiC: Can you tell us a little about that. Are you able to keep people’s emails that maybe participated in your first KickStarter to use on your 3rd or 4th Kickstarter?

John: Absolutely as an advertising base, sure. You go back and email all these guys. I had a couple people email and they were like, “Hey you know, I’m getting like six of these,” because they are doing all of my Kickstarters. I’ve had 10 successful kickstarters, the new one will be 11. I’ve gotten pretty good.

You can find John Daniel Taylor IV at TopSecretPress.com and on Facebook. His KickStarter for Legend: Hell’s Executioner Adult Playing Card Set exceeded his $800 goal with $2,101.