Valiant has kept their newest character classified for awhile, but the star of their final one-shot tie in to the 4001 A.D. crossover event has finally been revealed and its the brand new character, War Mother. Valiant and New York Times best-selling writer Fred Van Lente revealed the character in an interview with Gizmodo/i09o.

War Mother will star in 4001 A.D.: War Mother #1, a self-contained one-shot, hitting comic book shelves in August. However, this isn’t the first time we will see the character. War Mother made a cameo in Valiant’s last summer event, Book of Death.

“Much like DIVINITY or GENERATION ZERO before her, War Mother represents a phenomenal new addition to Valiant’s formidable roster of comics icons,” said Valiant Editor-in-Chief Warren Simons. “Against the backdrop of the 4001 A.D. event, Fred Van Lente and Tom Giorello are zooming out to reveal a personal, yet incredibly action-packed story of what life looks like on the fringes of Earth two thousand years from today – and, via War Mother’s staggering debut, opening up a entirely new frontier for storytelling in the Valiant Universe. War Mother isn’t just a new character, she’s Valiant’s next great heavy hitter.”

War Mother’s story is set in the 41st century as New Japan orbits the Earth looking down on the ashes of the old world. However, an outpost of scientific knowledge has thrived in this new desolate age. They have thrived by adhering to a strict code of isolation, but even they must venture forth from their walled city to gather supplies from the ruins of the old world. That task is designated to one and one alone: War Mother.

As the civil war between Rai and Father rages in the far reaches of space on New Japan and pieces of the space-farring empire begin crashing down on Earth, War Mother’s mission changes. She no longer scavenges the ruined planet, but salvages the mega-wreckage with her newly born sentient sniper rifle. War Mother is a one-woman army bent on sacking the crash-landed sector’s technology-laden debris for anything of value to her tribe. However, among the wreckage of Sector 8146 War Mother will discover a secret about Earth’s true order that will pit her against her community, her code, and her calling…and bring destruction down upon one of humanity’s last surviving outposts of order.

“Ana is the one-woman Marine Corps for a group of settlers called The Grove – they live in the remnants of a biomaterials facility on what used to be the border between Colombia and Brazil,” writer Fred Van Lente told Gizmodo. “They’re a completely self-contained society, able to grow not just food and building materials, but a lot of their technology as well. What they can’t grow, Ana has to go out and get — from the surrounding ruins of the society they call ‘Back-in-the-Day,’ from the jungles … and, per the 4001 A.D. event, whole sectors of New Japan that are falling to Earth.” 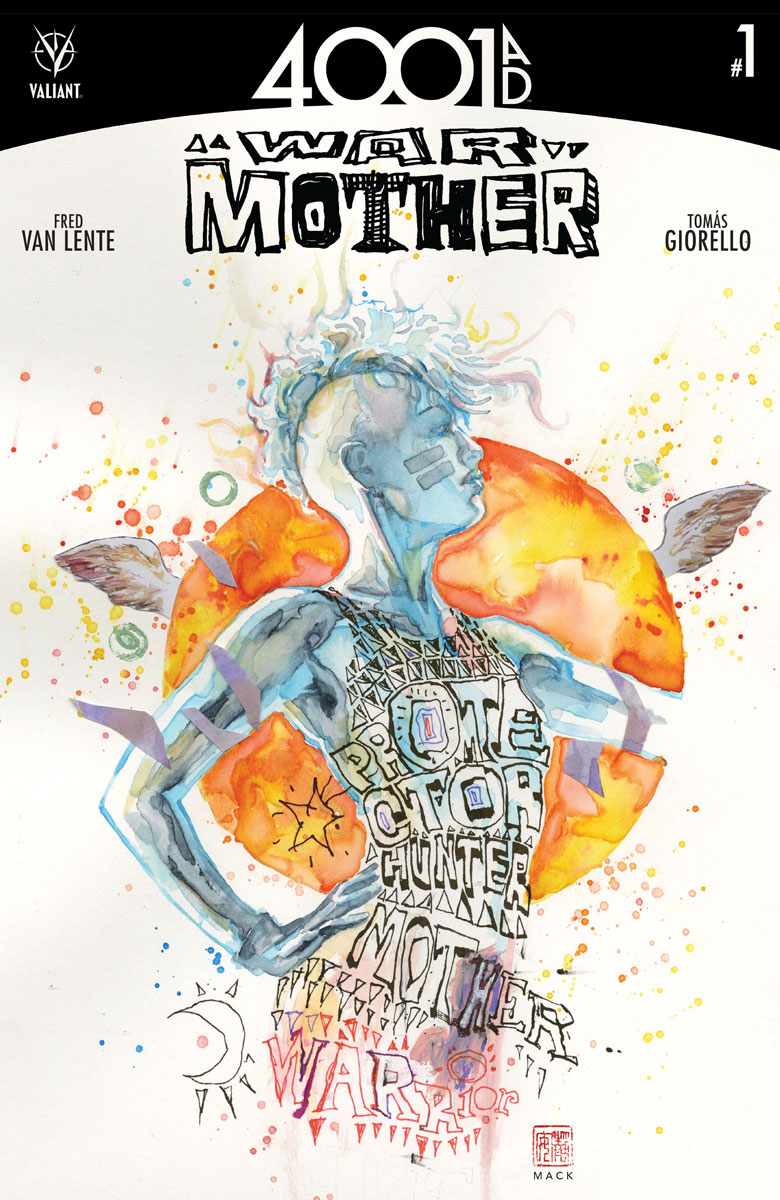 Cover A by David Macl 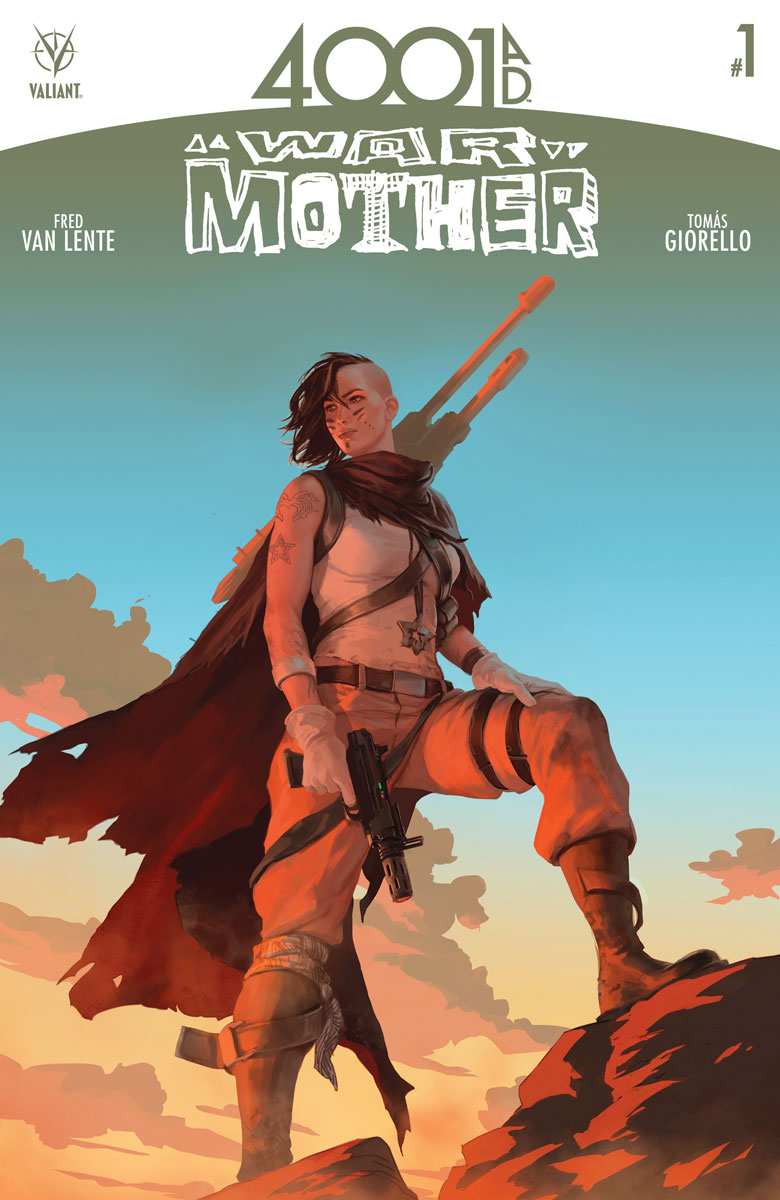 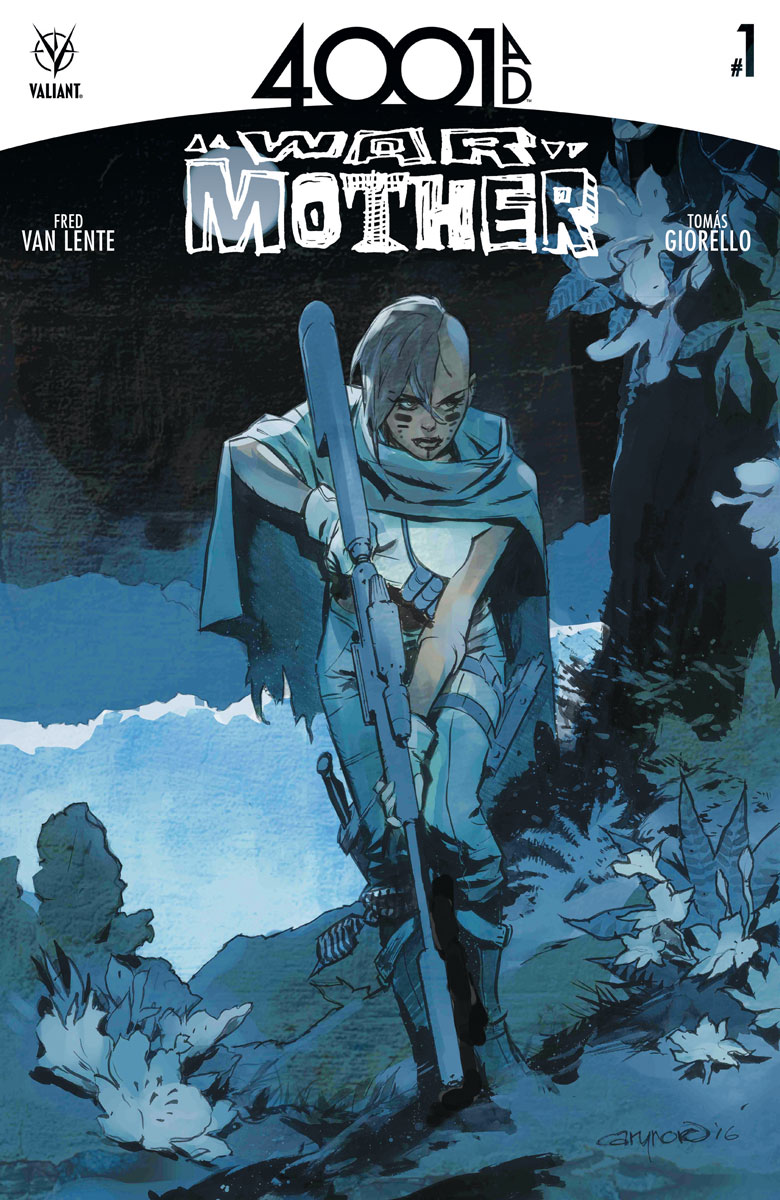 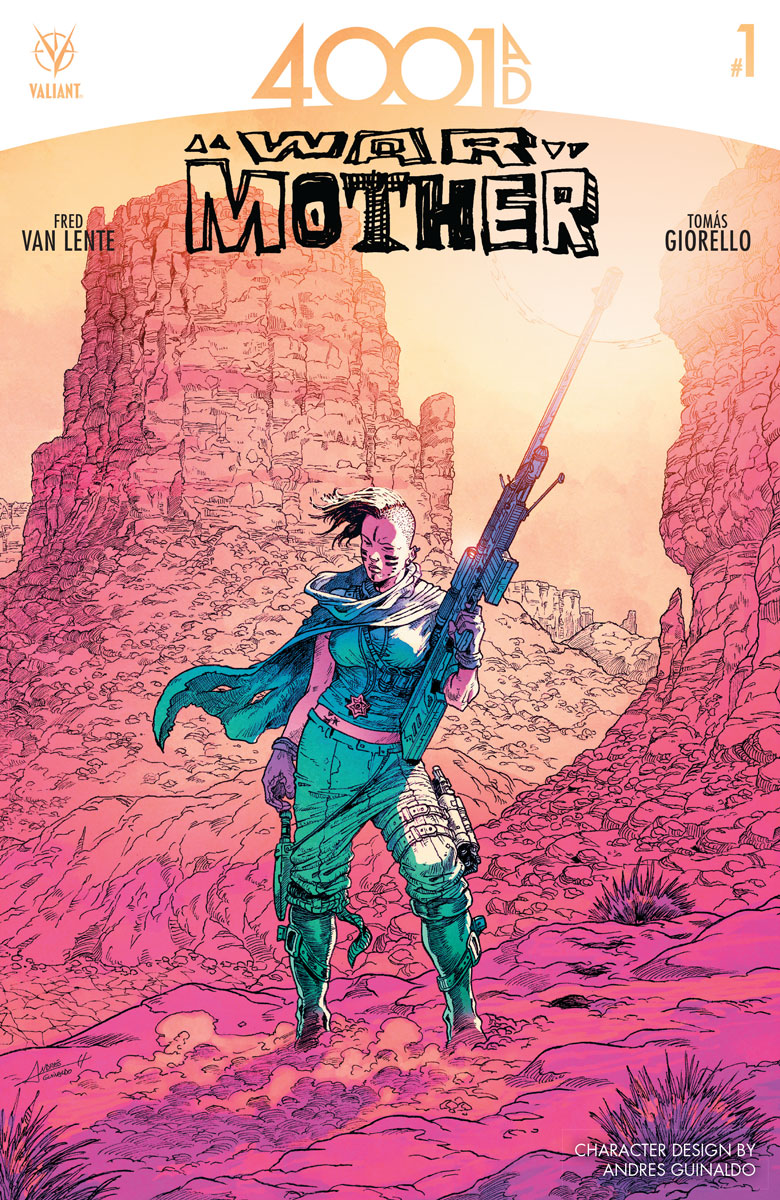