While giving an interview with Billboard, Danny Elfman may have revealed a major detail about this Fall’s Justice League. Recently, Elfman replaced Junkie XL after Joss Whedon took over the Director’s chair. Now, the composer is going into detail about his work on the film. While discussing techniques, Elfman may have let slip an important detail about the upcoming blockbuster.

Elfman references getting to use John Williams’ original Superman music when he reveals a notable notion.

There are a few little fan moments. I instated a moment of the Wonder Woman theme that Hans Zimmer did for Batman Vs. Superman, but I also had two minutes where I had the pleasure of saying, “Let’s do John Williams’ Superman.” and that for me was heaven, because now I have a melody to twist, and I’m using it in an actually very dark way, in a dark moment. It’s the kind of thing that some fans will notice. Some won’t. It’s a moment where we’re really not sure whose side he’s on.

Interesting, to say the least. As fans will remember, Superman succumbed to his injuries at the hands of Doomsday. The final scene of 2016’s Batman v Superman: Dawn of Justice was Clark Kent’s funeral. The ending implies Bruce Wayne has learned from the fallen Kryptonian. Superman’s sacrifice ultimately inspires Batman to create a superhero team in remembrance.

The worst kept secret in Hollywood is the planned return of Superman for Justice League. His presence in the marketing campaign is enough of a clue, but the first theatrical trailer left little doubt. The trailer’s final moment has Jeremy Iron’s Alfred facing a figure and saying, “He said you would come. Now let’s hope, you’re not too late.” The identity of this hidden figure is revealed almost entirely in the quote. Superman is synonymous with hope. 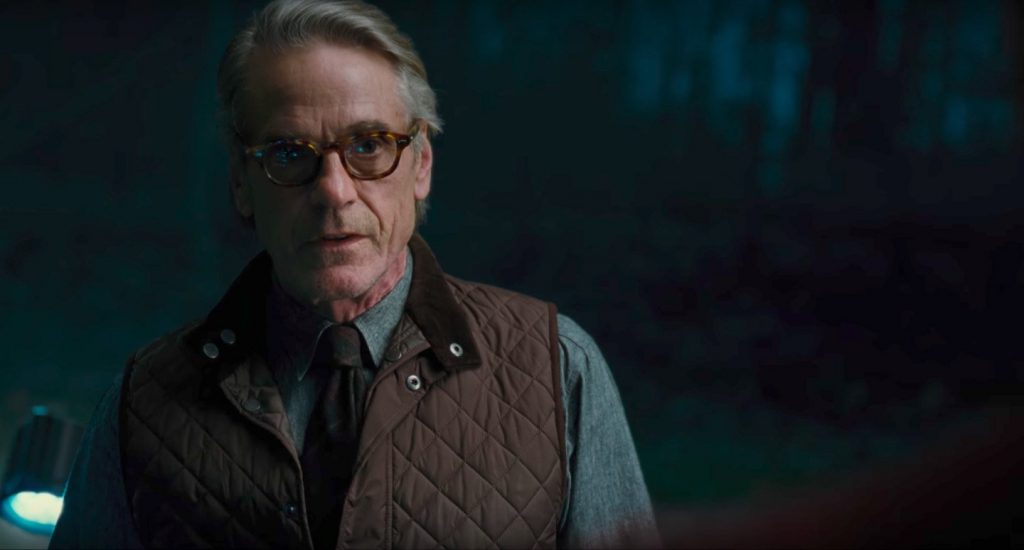 Henry Cavill has played along with the marketing, having fun on Twitter and Instagram. He teased the black suit; he teased the beard. Even the mullet has been brought up once or twice. What isn’t clear is which team Supes will be playing for when he makes his debut.

What could Elfman’s quote have to do with Superman’s return? Well, let’s consider the moment to which he could be referring. Superman’s return is all but guaranteed, thanks to final moments of BvS. As the dirt is being dropped on Clark’s coffin, it slowly starts to rise. A moment reminiscent of the “First Flight” sequence in Zack Snyder’s Man of Steel. As Superman flies for the first time, rocks begin to float around him. Exactly as they do in the trailer.

The twist could be just how quickly Superman’s return takes place in the film. BvS introduces the floating rocks before the boy scout is even buried. His return may come at the very beginning of the film or the end of the first act. If it does, Elfman’s quote is a little more surprising. There’s been a few theories about whether or not Superman will be resurrected to actually fight the Justice League. Steppenwolf will need an ally or two if he’s looking to take over Earth.

A revived Kryptonian could be just the thing to help. However, the scene at the end of the 2nd trailer has a red shoulder coming into frame. Coupled with Alfred’s quote about hope there’s little doubt about the identity of the arriving hero.