Kurt Wagner, a.k.a. Nightcrawler, was introduced in Giant-Size X-Men #1 as part of the new team lineup after the original members were abducted. His German heritage fit in with the rest of the group dynamic, as the other members hailed from different parts of the country. Storm from Kenya, Colossus from Russia, Wolverine from Canada, Sunfire from Japan, Banshee from Ireland, and Thunderbird from North America. The only original member, Cyclops, remained as leader for this iteration of the X-Men.

Even casual readers and fans of the X-Men might recall Mystique being the mother of Nightcrawler. Some newer fans and readers might recall Azazel being Kurt’s biological father. However, he takes on the name of Wagner. And there’s a complicated story behind this.

Kurt is actually named after a wealthy Baron, Christian Wagner. His realm spread across the Bavarian Alps in Germany. Mystique, in the form of Raven, married the nobleman because of his wealth, social status, and power. After some time in the marriage, Christian wanted to produce an heir, while Raven wanted to consolidate their marriage. However, the Baron was infertile, and despite their many attempts, Raven wasn’t getting pregnant.

During a ball at the Baron’s castle, the Baron Wagner introduced Raven to a business partner, Azazel. Mystique ends up falling for the mysterious man, and the two end up spending more time together after the ball. Azazel, actually an entity hailing from an ancient race of demonic mutants, is just using Mystique as a tool to procreate. All this in hoping that his progeny will give him the proper foothold to continue to exist in our world.

So he impregnates Mystique behind the Baron’s back. Azazel then convinces Mystique to keep the child. He also convinces her to tell the Baron that it was his child.

The Baron Wagner was overjoyed at the news of finally having a child. However, he did see his wife Raven growing more distant from him and spending more time with Azazel. His suspicions grew from this, and he demanded a blood test to prove whether or not the child was actually his. Fearing she would lose her status of wealth and power, Mystique stabbed and killed the Baron in his sleep. She remained a baroness until the birth of her son. 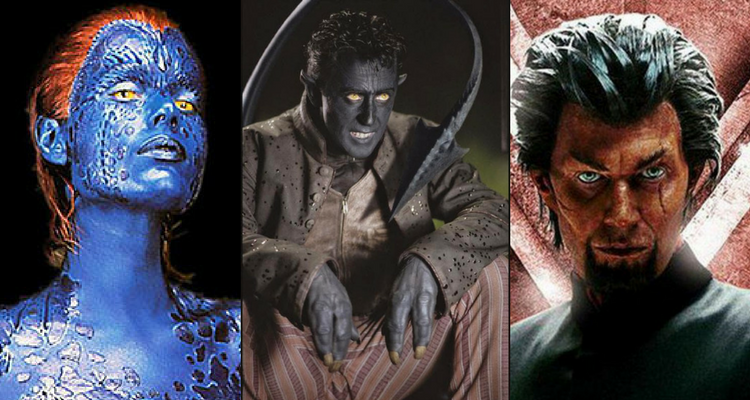 The enormous strain of delivering the child took its toll on Mystique’s body, and she was unable to keep her Raven form during labor. The child came out with blue fur all over his body, yellow eyes, pointy ears and a tail. The revealed identity of Mystique, along with the child she had just given birth to was enough to stir up the village into a torch-and-pitchfork wielding frenzy. They expelled the two from the castle, and from the village. In her attempt to escape, Mystique left the infant floating down a river, only to be picked up by a gypsy sorceress, Margali Szardos.

The gypsy takes Kurt in as her own child, and subsequently is the one who names him. Margali travels as part of a circus troupe to hide her powers as a sorceress. This is where Kurt learns most of his acrobatic skills before his powers of teleportation manifest during his teen years. It is after some time and personal troubles that Kurt Wagner is invited to be part of the X-Men by Charles Xavier himself.

In all of this, it seems ironic that Kurt Wagner is named after a man with whom he has little to no connection. Doubly ironic is the ones with whom he has the greatest connection, he shares no name with, as they only saw him as an anchor point for their individual plans.