“You’ll miss your little honey, some of these days.”

There’s a rumor Grant Morrison once told Scott Snyder that every Batman writer needs to give the character a death and subsequent rebirth. Whether the death is literal or metaphorical is another matter entirely. However, Batman’s death has always been an interesting topic. In the pages of Batman Annual #2 Tom King offers his own take on the demise of Bruce Wayne. In doing so, the writer has created one of the greatest Batman stories ever written. Every page realized by the brilliant Lee Weeks or Michael Lark tugs at the heartstrings. This isn’t the ending readers expected the Bat to have, but it’s the one he deserves.

Annuals are an interesting part of superhero comics. They normally tell one or several small stories, serving as a tie-in to another story or a larger finale to the current arc.  Here, Tom King uses it to tell a very different story. A long time ago he mentioned that Bruce Wayne would once again die during his Batman run. Whether this is that death is unclear, but one can only hope. Because this is the happy ending no one believed Bruce Wayne, The Batman, would ever get.

Batman and Catwoman’s blossoming relationship has been a major focus of Tom King’s. Catwoman has always been on the fence between villain and hero. But in the hands of Tom King she has simply been…misunderstood. Bruce Wayne and Selina Kyle have finally found happiness within the arms of one another. What if their love really did last a lifetime? What if they aged together, beginning a family that would grow into something happy and good? 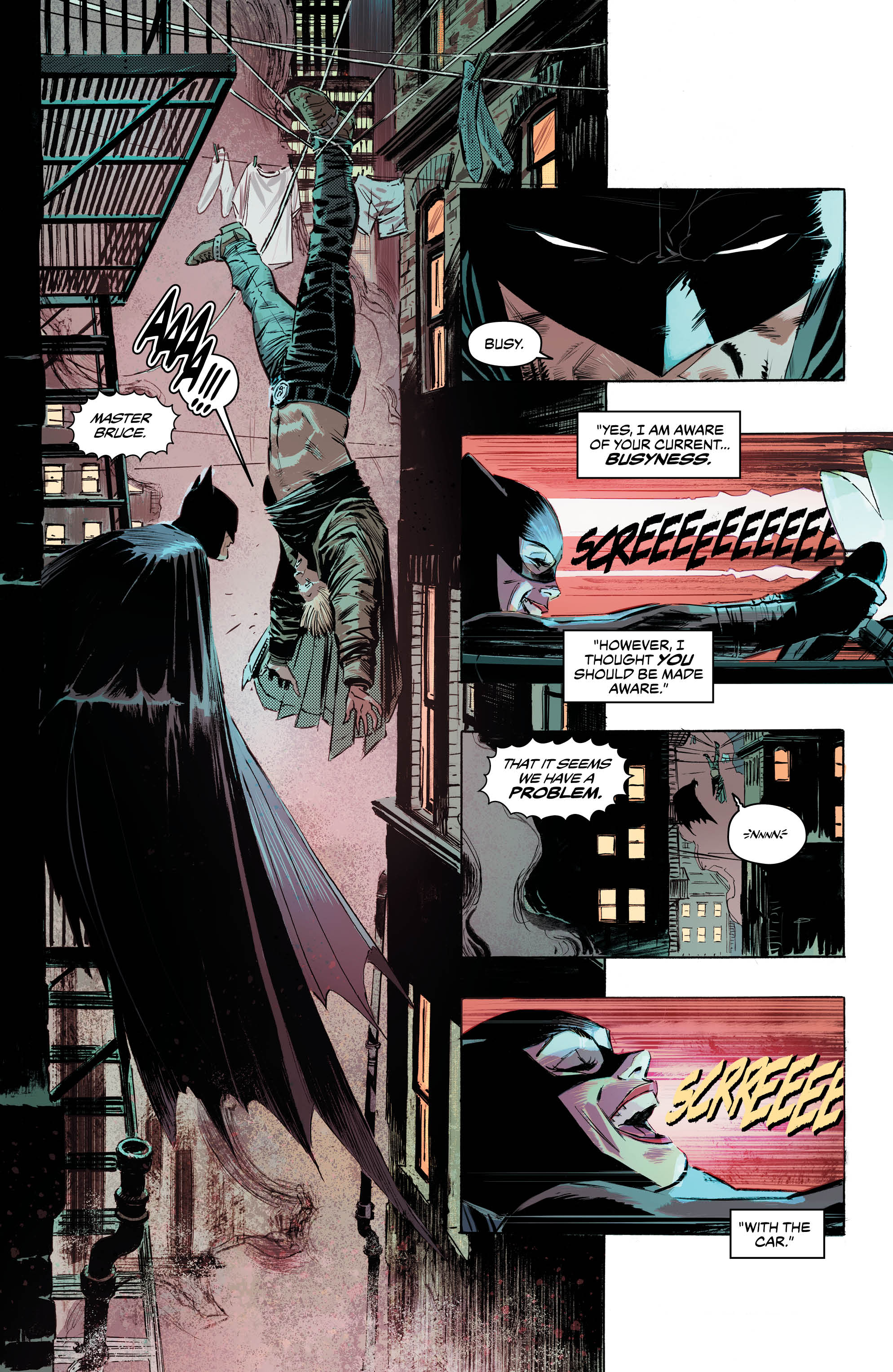 Those are the questions that Batman Annual #2 answers. The happiness that these two find by falling into each other’s embrace is captivating. Catwoman has been the mother of Bruce Wayne’s first child in comics since its golden age. Now, that relationship is finally being celebrated for the happiness that it both makes and represents. Some would argue that these two people don’t deserve happy endings. That the Dark Knight should fall in battle, under the axe, sword or fireball of some mysterious foe. Or that DC’s Femme Robin Hood will one day face the long arm of the law.

Tom King had something else in mind. It’s one of the most charming, heartfelt, and significant love-letters to the greatest superhero ever written. It’s a thank you for his service; a promise that it wasn’t all for nothing.

“Riddler is in jail. You should be in bed.“

Lee Weeks is the artist for most of Batman Annual #2 while Michael Lark finishes the issue. They perfectly blend the two stories without any jarring transitions between the artists. Elizabeth Breitweiser and June Chung provide the vibrant colors. Together, the entire art team creates a splendid issue with a classic tone to it. Tom King’s stories have always featured more classic designs of heroes and villains. Here, they closely resemble costumes they wore in the 80’s and 90’s. A reminder that while this story may delve into the future it will always remember the past. 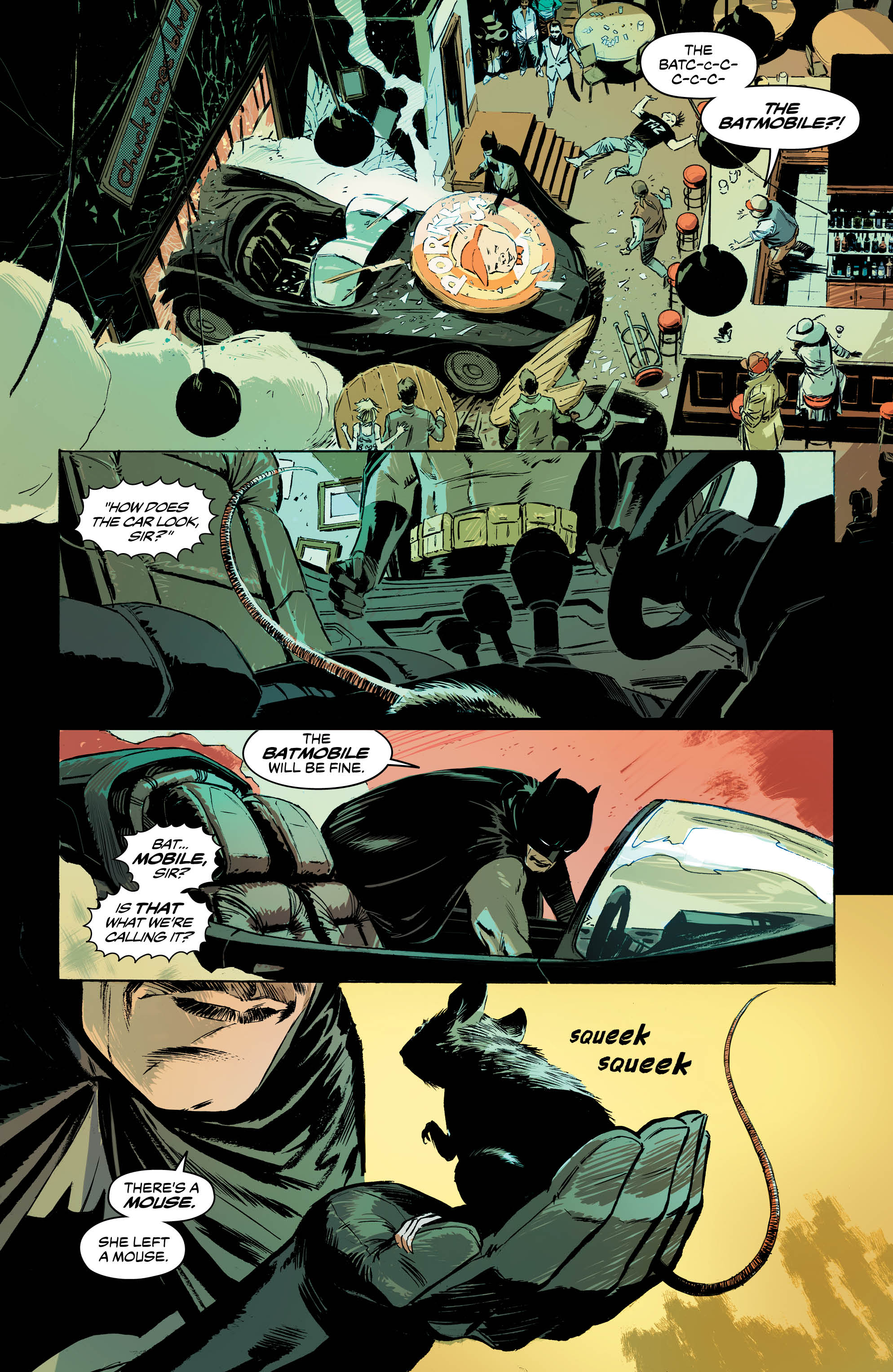 There’s a whipsy nature to the entire story. An almost fairy tale-like haze presents the story through a crystal ball of wonder. Made real by the incredibly talented hands of the artists involved.

Batman has given many people a well-deserved happy ending. Bruce Wayne has spent his entire life trying to make up for the loss of his parents. His surrogate Father, Alfred Pennyworth, would wait on him night and day. While a troubled son grew into a vengeful vigilante, Alfred could do nothing but support. What else could he do? The horrors this boy endured are literally unspeakable. Instead, he would watch on and guard his son, all the while hoping for a better life. Batman Annual #2 by Tom King gives him the ending Alfred had always hoped for. A death due to nothing but old age, surrounded by his rather large family. What more could a father hope for his son?

Tom King knows what makes Batman works. He knows the literal service that the character provides for the people of the DC Universe. Yes, he’s obsessed. Yes, he’s driven. But Bruce Wayne doesn’t act because of a need to punish those who commit crimes. He acts because he never wants anyone in the world to lose someone to a gun in a dark alleyway. For that, for his vigilance, he has always deserved a family. Well, over the course of his life he found one. Lee Weeks and Michael Lark give further depth to the emotional landscapes they depict. A life coming to a close, finding love with the second most interesting character to have ever entered his life. The Cat and the Bat have a beautiful life together, one that will stay in the minds of comic readers for years to come.