Catwoman and Batman are kind of an item. In fact, they’re the hottest new couple in the DC Universe at the moment. That’s all thanks to the work of Batman series writer Tom King. One of the first writers in the history of the character to be interested in giving Bruce Wayne a happy ending. He actually already gave him one. Now, in Batman #36 the story returns to the present. The time has come for the important people in Batman’s life to know about the other important people in Batman’s life. With the assistance of the ridiculously talented Clay Mann, Tom King sets out to bring the DC’s biggest heroes together for a chat. 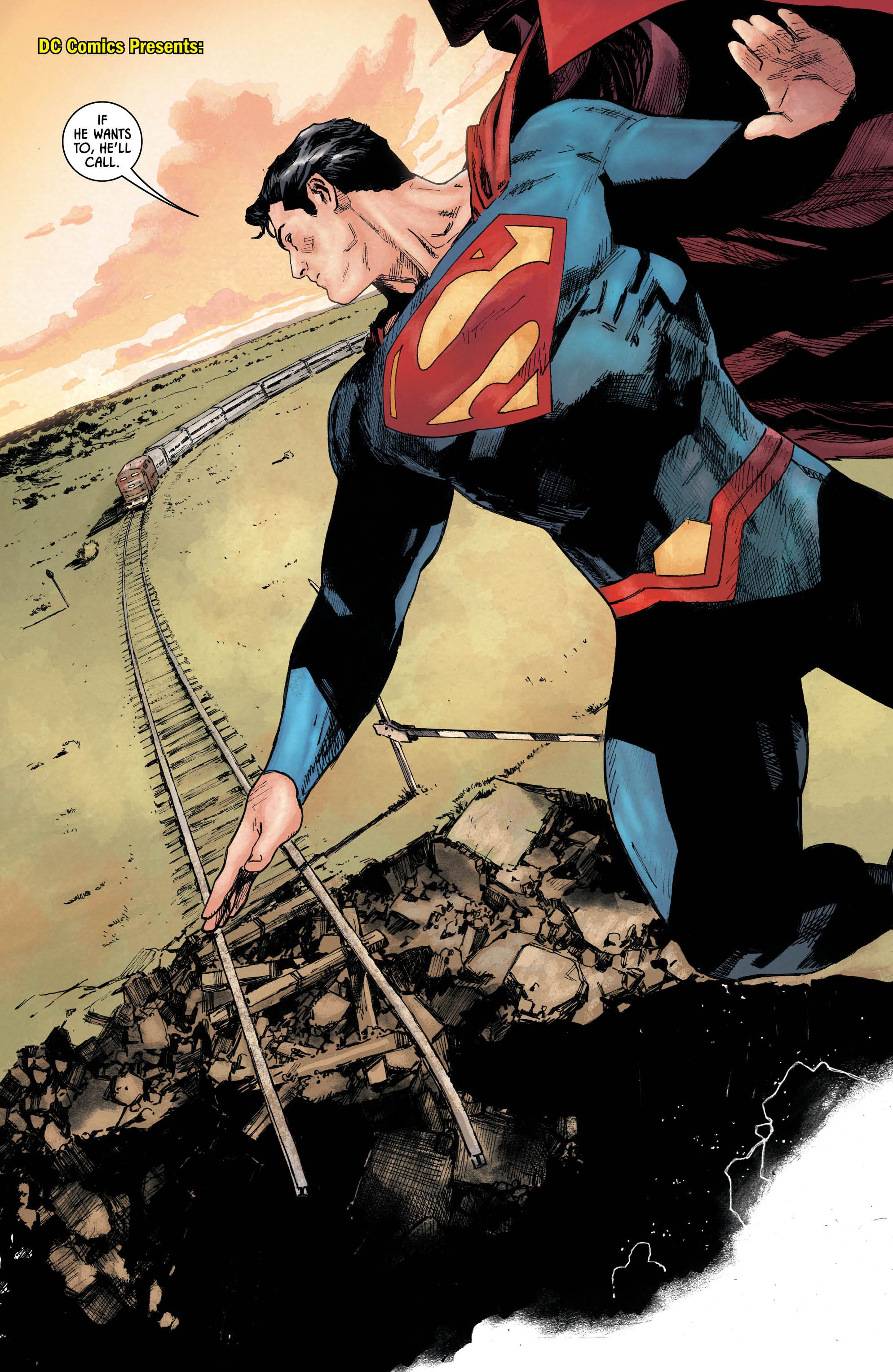 The friendship has been strained for a while. Bruce doesn’t call; Clark doesn’t call. Lois knows this; Selina knows this. So two of the most powerful women in DC set their men straight. It’s time they talk to one another. It’s a heartwarming story without an impending explosion or doomsday clock. Because when it comes to simple and satisfying stories, Tom King seems to have a way with words.

“I thought he was your closest friend.”

Tom King’s run on Batman is a wonder to behold, and completely unlike Scott Snyder’s. That’s not to say that Scott Snyder isn’t also brilliant. But Super Friends part 1 perfectly displays the differences between the two writers. Snyder’s work, accompanied by the fantastic art of Greg Capullo most of the time, was operatic and epic. King tells those stories too, but he also has pallet cleansing arcs to change up the tone. Both The Rules of Engagement and Super Friends are King giving the readers a breather with a fun and relatively light story. 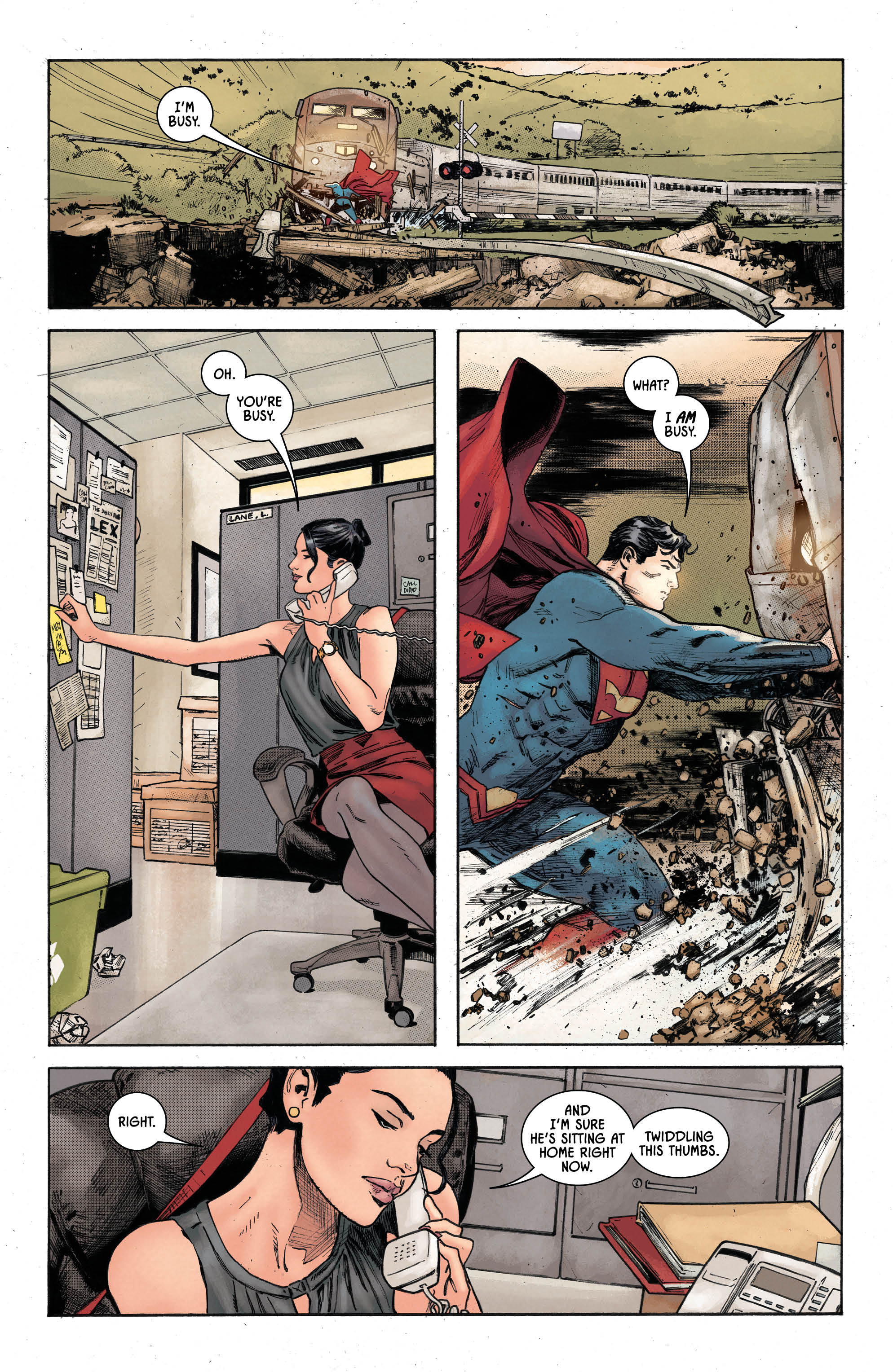 If there’s any fault to be had with Batman #36 it’s that not much transpires. Batman is having trouble talking to Superman; Superman is having trouble with the fact that Batman hasn’t told him yet. That’s pretty much it. The World’s Finest are then coached into changing their tunes by their respective partners. Simple. Effective. Lovely.

“Guy who always writes about Superman, looks just like Superman.”

Clay Mann is relatively new to DC’s pantheon of amazing artists. But if his amazing work in Batman #36 were any indication, readers would think Mann’s been around for decades. He did some incredible work with Francis Manapul on Trinity, and now he’s created something truly special here on Batman. Like Jim Lee, he styles the physique of Bruce and Clark quite similarly. Also like Lee’s, it doesn’t make it seem tired or cheap. It points out the parallels between these two behemoths. That while one may hold the strength of the world in their hands they both look as intimidating as possible. Making them the gods they truly appear to be. 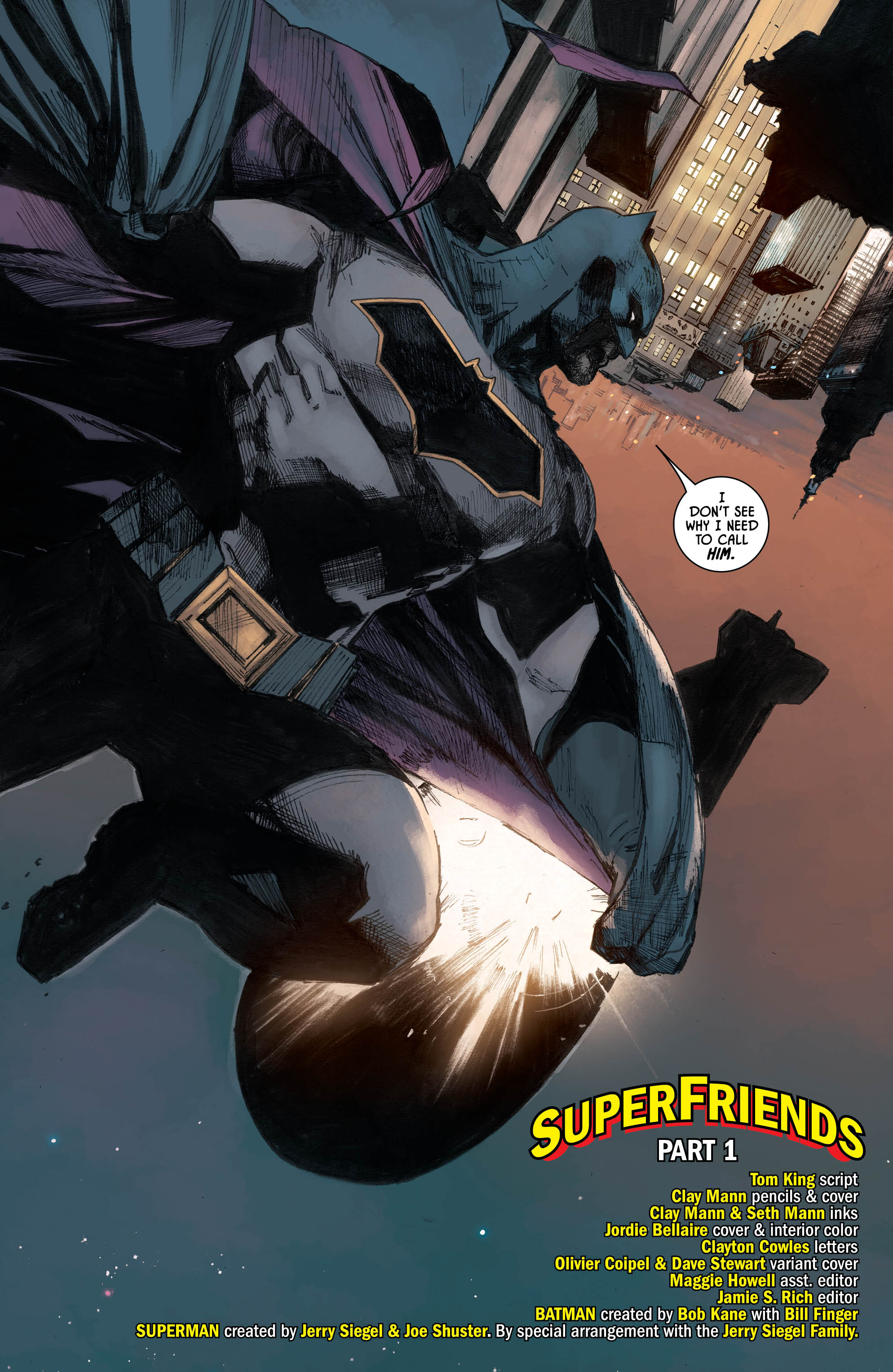 Brother Seth Mann joins Clay on the inks. The work is completely seamless, with perfect pencil work that makes each panel worthy of a massive banner image or phone wallpaper. The best colorist in the business once again earns her title. Jordie Bellaire makes Batman’s Rebirth costume as eye-catching as the world around him. The deep purple of his cape blends into the dark depths of the dreary streets below. It’s a wonderful mix of artists that help Batman remain one of the best titles in comics.

Tom King tries something different with each new arc on Batman. It’s not that every arc has a new artist, because that isn’t the case. Every new story doesn’t paint Batman in a new light; or star a new character. But they each somehow manage to have their own identity. It’s all because of perspective. King uses the trajectory made by the previous stories to inform the next. The tension from this story doesn’t come from any villain or hardship. It comes from the fact that readers know that Batman is about to have a difficult conversation. And that might be more difficult than having to face any foe in the Universe.

There isn’t much going on in the pages of Batman #36, and that’s absolutely fine. The landscape narrated by the words of Tom King and painted by Clay Mann, Seth Mann and Jordie Bellaire is as bright and hopeful as it is dark and terrifying.