“It’s not as if you don’t have costumes.”

Batman #37 is the conclusion to the 2-part arc entitled, Superfriends. The premise? Well, Bruce Wayne recently became engaged to Selina Kyle. In other words, Batman is going to marry Catwoman. It’s time for friends and family to become aware of the situation. To learn a little more about each other. To grow. A fantastic dynamic that Tom King explores with delightful, lighthearted ease. Batman and Superman are undoubtedly the two most important pillars of the DC Universe. Though that Universe is very much a triad, with Wonder Woman. 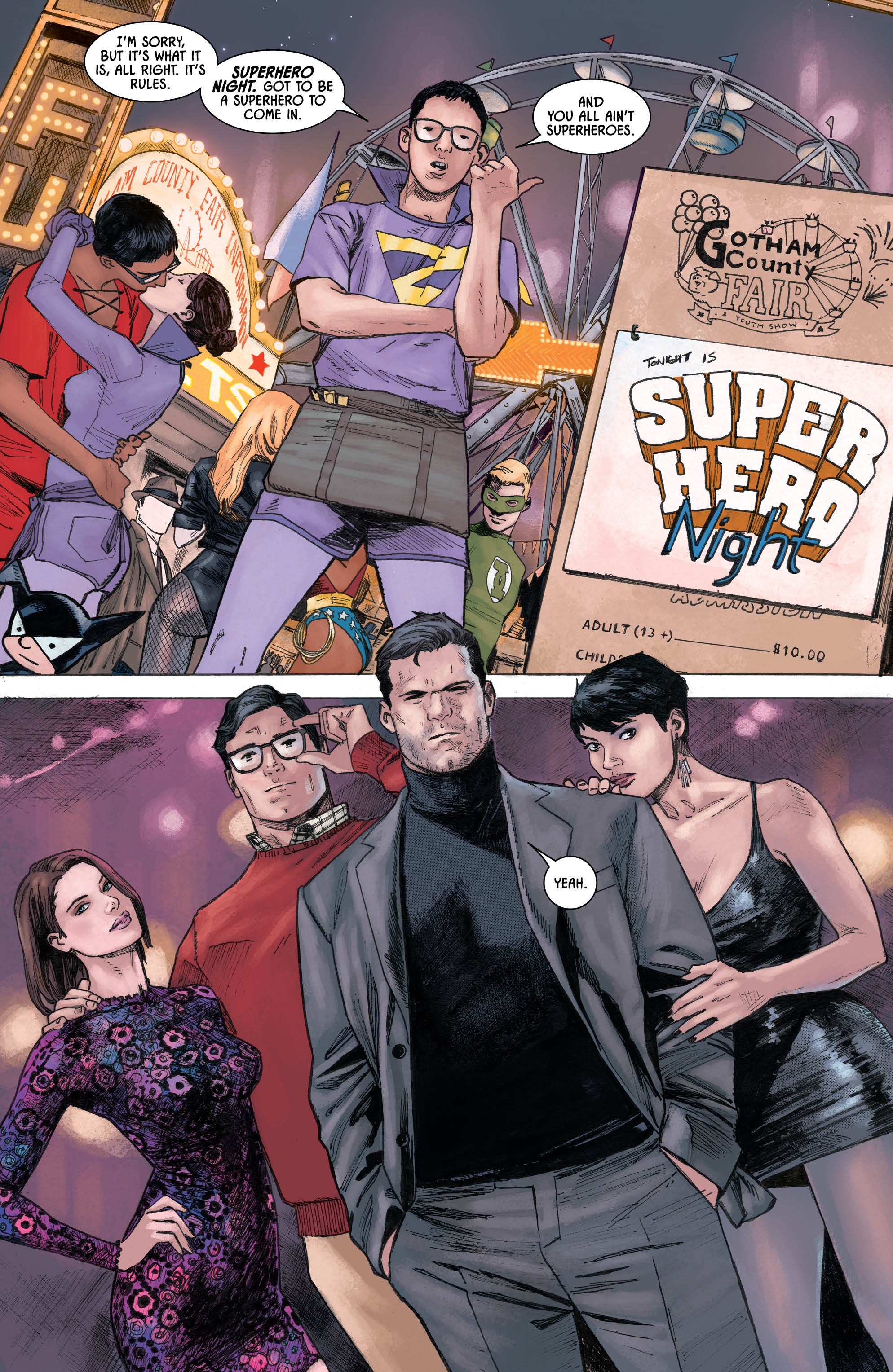 The alter-egos of Clark Kent and Bruce Wayne are very much polar opposites. But their goals are the same. That’s something that Tom King has fun with. The idea that despite the two very different appearances these two heroes are just that. Heroes. Each believe that the other inspires more positive change throughout the world. More hope. It’s been a generally uneventful two issues for this Batman arc. But that’s alright. It’s been a fun ride anyway.

“The Bat stands for a bat.”

For a few issues now, Tom King has been having some fun. The War of Jokes and Riddles was a high-stakes dramatic affair that pit two of Batman’s biggest villains in a head to head battle. It also helped to shape our hero as we know it. It was impactful, weighty and significant. But since then Tom King has been taking some time having fun with the character. Bruce’s engagement has been the topic of each and every issue since it occurred. Is that a bad thing? No. In fact, it solidifies how important and how concrete their relationship is. The marriage is happening. 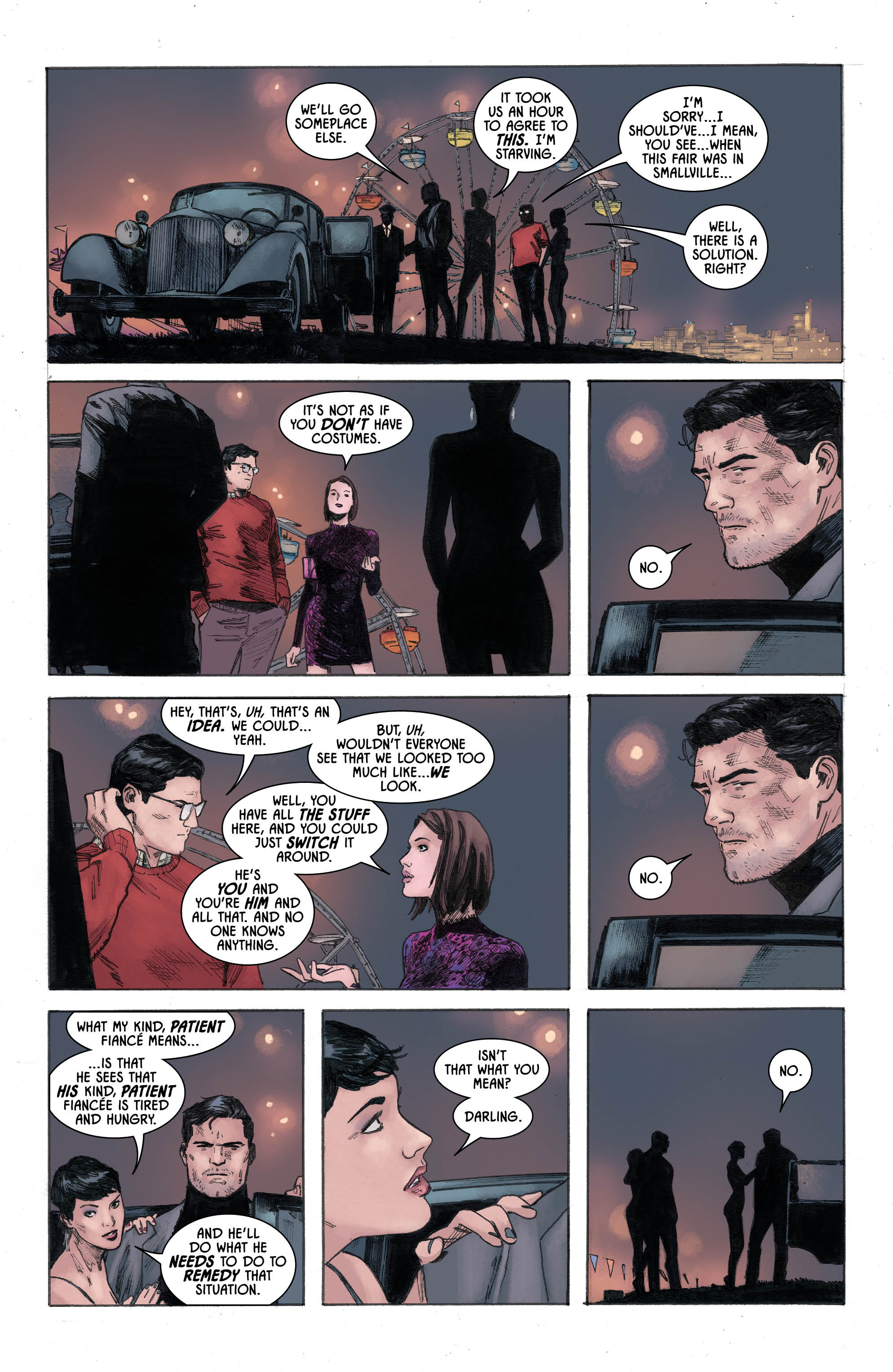 But more importantly, this is a Selina that Bruce can be with. It’s not some anti-hero/hero misunderstanding with sexual tension. This is true love. A beautiful exploration of how much fun each character can have with one another. The story is nothing more than a double date between two of the biggest couples in comic book history. It’s not very exciting; it’s not very horrifying. But it explores both characters, and what both characters can mean to one another. A beautiful idea with an equally beautiful undertaking.

Clay Mann was an all-star at Valiant comics. His work brought him into the A-list roster of comic artists capable of creating anything from simple drama to superheroic action. His full talent is on full display here. Batman and Superman are often depicted very similarly to one another. Clay Mann is no different, but his work is incredibly subtle. The stubble on Bruce’s cheeks; the glint in Clark’s eyes. The differences are plenty and yet manage to remind the reader of their similarities. Just like the story itself. 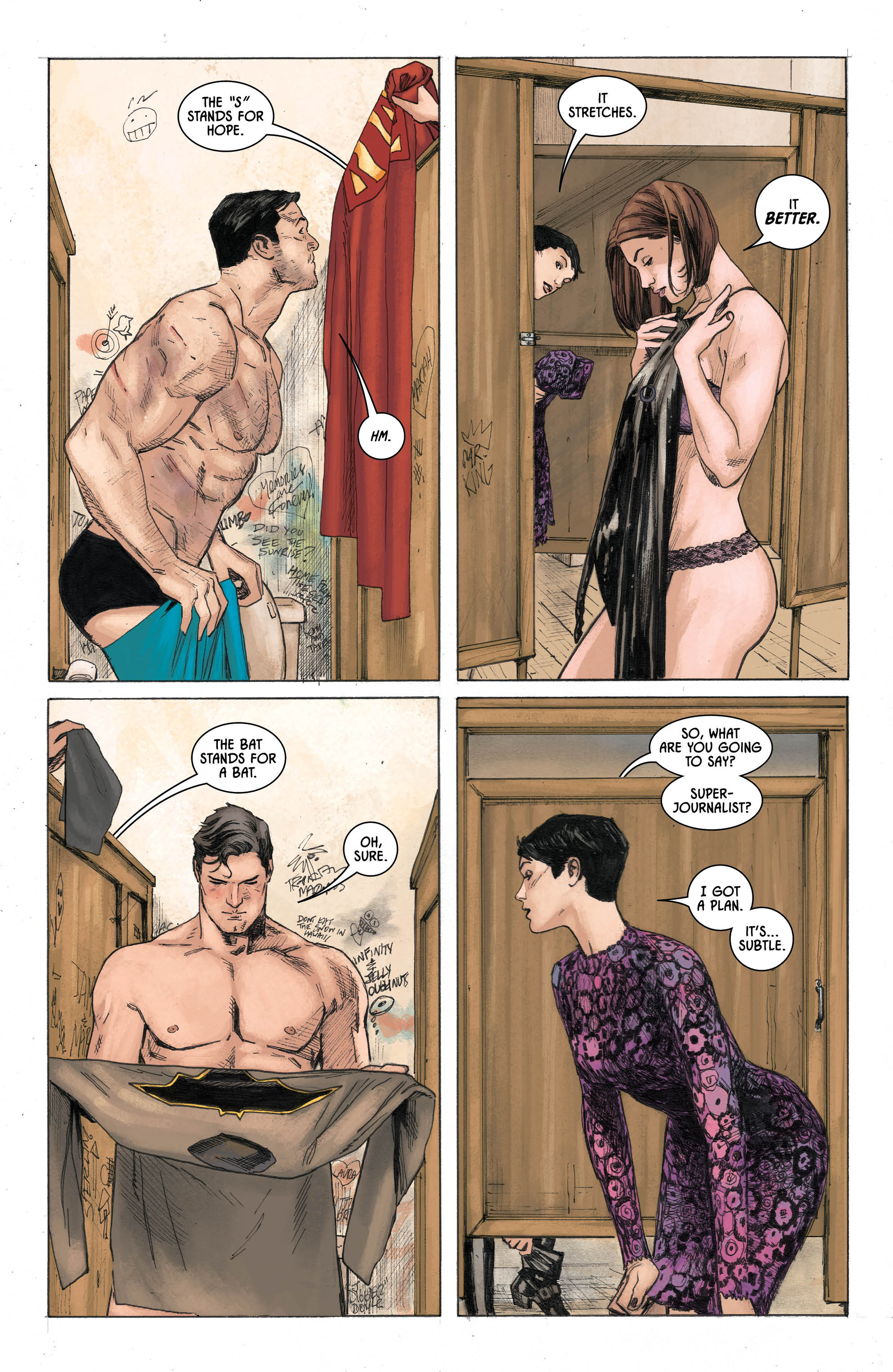 Rebirth was a major event at DC. Most importantly, it seemingly upset the New 52 status quo by returning some heroes back to their former selves. Under the reign of Scott Snyder, the pages of Batman were dramatic and almost horrifying. But under the reign of Tom King, they can be anything he likes. They’ve been epic and grandiose. Those pages have been quaint and hilarious. It shows just how talented he is that his work is capable of giving the reader any kind of emotion. Though Batman #37 is a very lighthearted story, it’s one that helps to break up certain parts of Tom King’s story. By taking the time to delve into his character’s emotions he gives the reader a chance to explore what they’ve spent their entire lives loving: these characters.

What does Batman think about Superman; what does Supes think of the Bat? These are just some of the ideas that Tom King is willing to spend entire arcs of his Batman story exploring. And with good reason. It’s new, it’s fresh and it’s fun. It’s Batman.