What’s Going to Happen, What Does the Future Hold?

For a while now, the chances of Ben Affleck reprising his role as Batman have been grim. It seemed like Warner Bros. and Affleck were looking for a final curtain call for the actor. But now, even that is looking like a long shot.

According to a source from Revenge of the Fans, Jake Gyllenhaal is “probably” going to be Batman. Here’s the quote from the source:

Gyllenhaal is probably Batman. Affleck is not out of it yet. That’s the thing, he still has a contract. But the studio is sour on him. If Ben rolls, Jake is in. Kind of a weird web. These guys both know they control each other’s destiny.

The last part of the quote is particularly interesting. It’s obvious how Affleck is theoretically holding Gyllenhaal’s career in his hand. If Affleck willingly bows out, Jake Gyllenhaal becomes one of the greatest fictional characters at a time when things are finally starting to turn around. Matt Reeves next film is getting closer and closer, and there’s a good chance both actors want the job.

But when the source mentions that the studio is “sour” on Affleck, that could refer to a few things. There’s a new President over at DC Films that could have a negative opinion of him, just based on the current state of the DCEU.  But that just doesn’t seem likely. Hamada is probably well aware of how fan’s perceive Affleck’s portrayal of the character. Which is the exact opposite of the reaction to his casting.

So what could be keeping Affleck from continuing as Batman if he actually wants to remain Batman?

His Own Worst Enemy 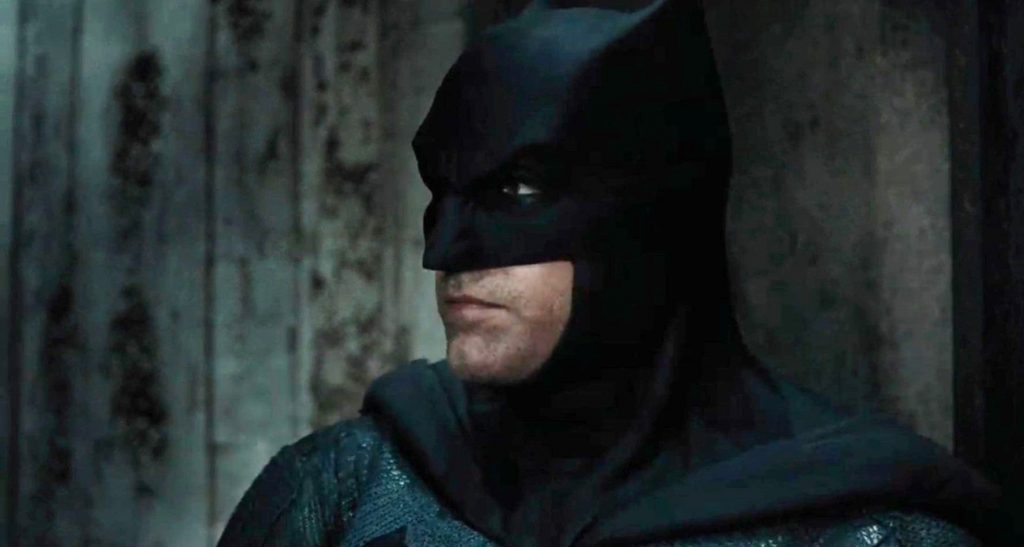 The source most responsible for the rumors about Ben Affleck exiting the role of Batman are none other than Ben himself. His quotes are those that have frequently fueled the fiery rumors about his exit. Since before the 2017 San Diego Comic Con, Affleck had been placing doubt on keeping the part. Then at Comic Con he said he was looking forward to working with Matt Reeves.

Then came the release of Justice League.

This time, things weren’t looking good. And with good reason. This was Ben’s 3rd film in the role, and each film has been more disappointing than the last. No one could blame him. But Hollywood usually has a way of going about things behind closed doors especially when it comes to casting and re-casting. Ben’s comments, which has likely hurt the box office performance of Justice League to some extent, could be seen as biting the hand that feeds you. It’s not ridiculous to think every time Affleck made his apprehension of continuing as Batman known, a fan likely decided to skip seeing his next performance. Why bother? Critics were already mixed on the film.

To know that its biggest star was looking to bail is something that would turn more than a few fans away from theater seats. And Warner Bros. knows it. If Affleck stays now, it’s obvious he would be doing so just to work with Matt Reeves. While the prospects of that collaboration are exciting…There are more than a few actors who simply want and deserve the role more than someone who’s on the fence. Jake Gyllenhaal is a fantastic actor, but this could completely change the course of his career.

Ben’s already looking very tired of this limelight. It might be time for “Batfleck” to officially hang up the cowl.