Artist extraordinaire Frank Cho has been on fire lately. He recently revealed an absolutely hilarious Black Panther cover featuring Blade, Storm, and Black Panther. The cover hit on a number of hot issues surrounding Marvel Studios’ recent release including absolutely destroying many in the media who kept claiming Black Panther was the first ever black superhero.

But now he’s got a Spider-Man and Mary Jane cover that had me laughing my butt off. And it’s not just one thing about the cover, it’s got multiple layers. Probably, the most obvious is Mary Jane’s struggle to get into her jeans. This is a theme Frank has used before and it still makes me laugh.

However, Frank also takes a shot across the bow at Spider-Man writer Dan Slott who erased Peter Parker and Mary Jane’s marriage in the One More Day storyline. 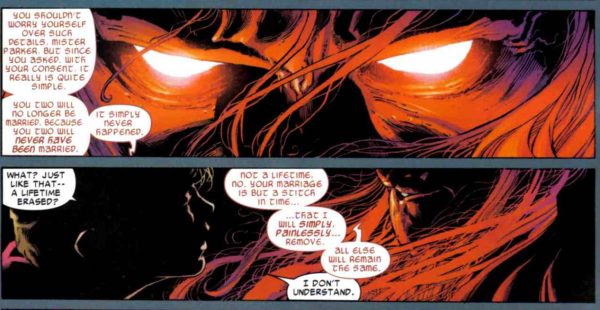 As  you can see below, Mary Jane tells Spider-Man to call Mephisto because she doesn’t want to be married to him anymore.

But maybe the biggest shot Frank takes is targeted at Marvel’s editorial staff including Marvel editor Heather Antos who took a photo of them enjoying some milkshakes. 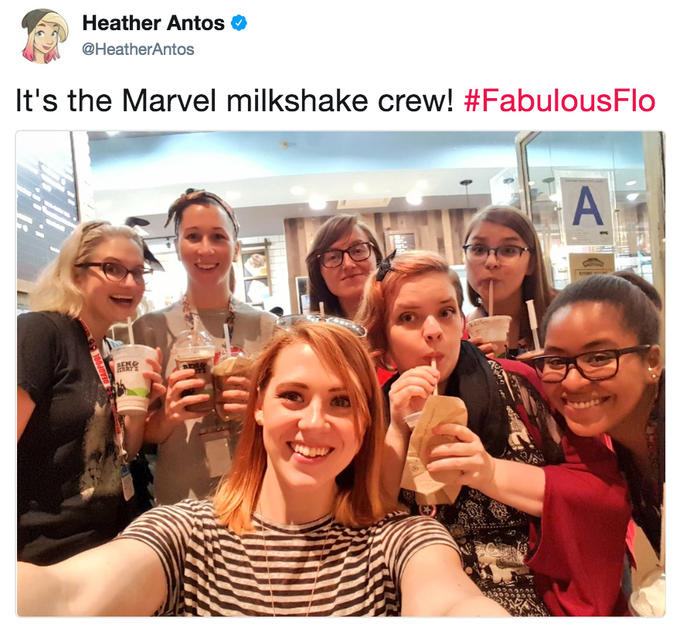 The tweet put a face to a number of the Marvel editorial staff who have been in charge of Marvel’s current retail sales decline over the past few years. They were also behind a number of the recently canceled Marvel titles that shoehorned in diversity and a radical political ideology at the sake of good storytelling and strong character growth and arcs.

You can see Frank has Mary Jane wearing a “Make Mine Milkshake” t-shirt.

Along with the new sketch cover, Frank added:

For sale tomorrow at Planet Comicon. 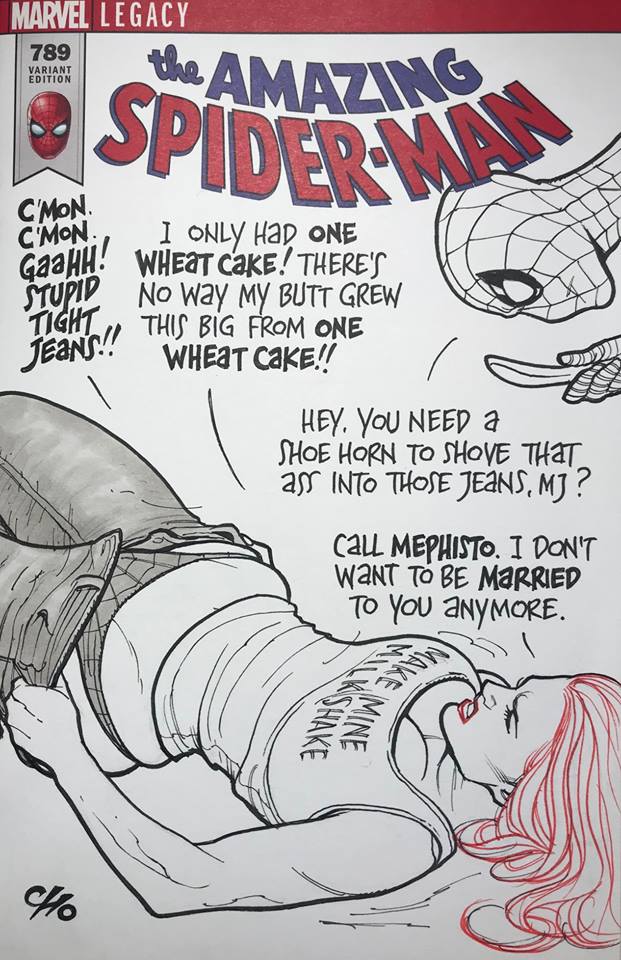